Carol and I took a walk partway out on the Lincoln Woods Trail to do a little exploring around the area of Camp 8 (from the East Branch & Lincoln Railroad) and the lower Osseo Trail. Our visit to this area was inspired by the recent publication of a revised and expanded edition of Bill Gove's book, "J.E. Henry's Logging Railroads."

Camp 8 was in use from 1902 to 1945, spanning both the J.E. Henry and Parker-Young eras of the East Branch & Lincoln. The brushy clearing of this site is right beside the Lincoln Woods Trail, just north of the Osseo Trail junction. A beaten path leads a few feet to a sled runner partly buried in vegetation. 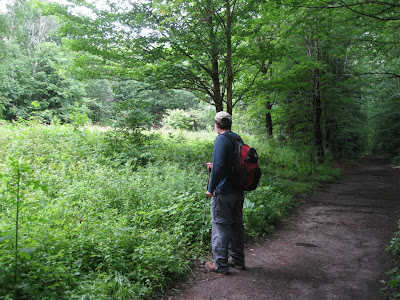 Before exploring along the lower Osseo Trail, we went another quarter-mile north to the riverside spot on the Lincoln Woods Trail, where a remnant piece of rail is found. 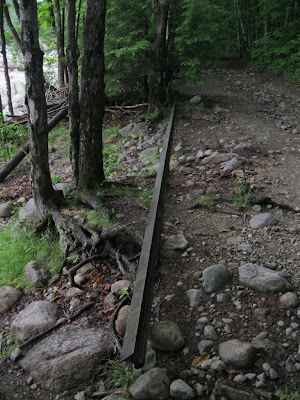 The fine view upstream to Bondcliff and its pointy south spur was largely obscured today. 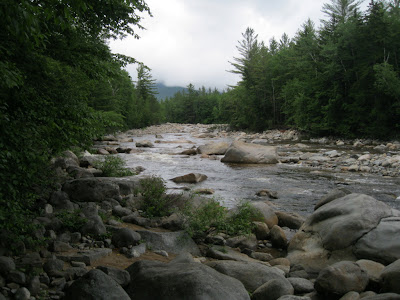 Looking downstream along the East Branch. 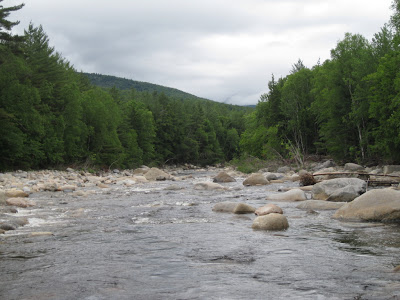 Then we headed up the lower, nearly flat section of the Osseo Trail to look for signs of the narrow-gauge incline railway constructed in 1901 by J.E. Henry. Farther up, the trail follows one of the switchbacks of this short-lived line. 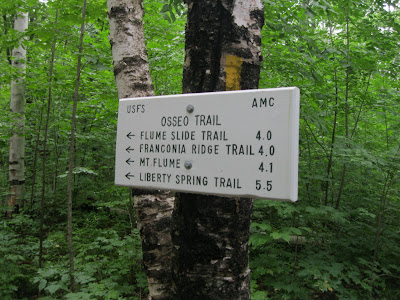 The trail follows Osseo Brook up its valley. 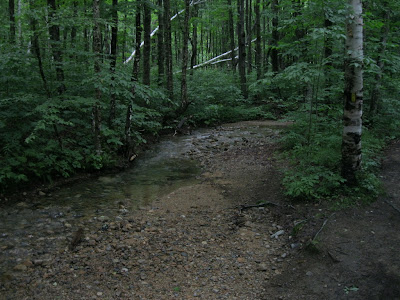 We found some interesting stuff poking around in the woods on either side of the trail. (Note that it is illegal to remove any historic artifacts from the National Forest.) There were also some rusting bed frames lying around here. 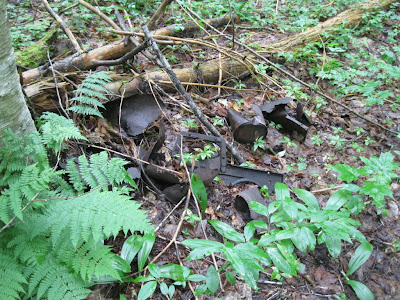 Not sure what this item was used for. 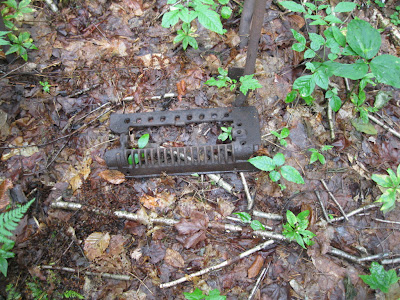 This blurry photo shows a short piece of rail that we assumed was left over from the narrow gauge line. 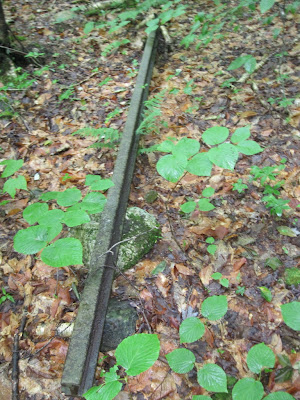 Another unidentified artifact. Carol noted that the loggers would have a pretty good laugh about the way we and other folks get so excited about the metal junk they left behind. 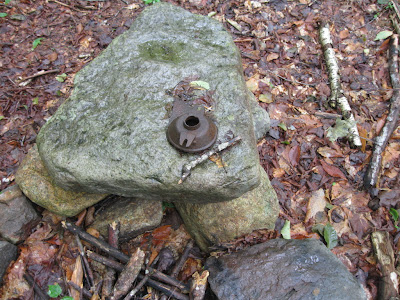 History buff John Gutowski thinks this metal band may have been part of the narrow gauge operation. 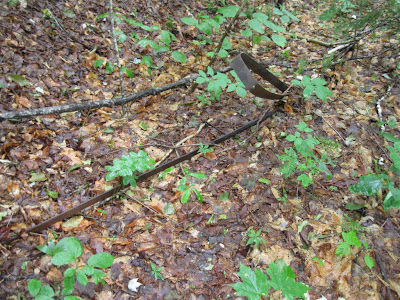 Carol and I tried to envision where the bed of the narrow gauge line ran through the woods. This looked like one possible location. 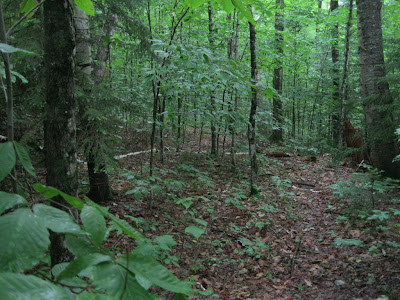 Another piece of hardware in the woods. 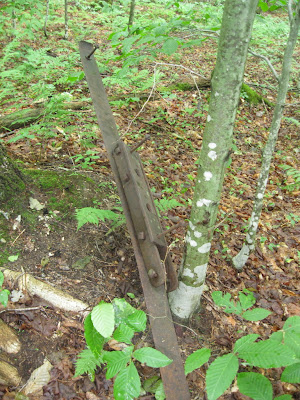 Wonder what was dispensed from this container? It was an interesting way to spend a couple of hours on a cool, cloudy morning. 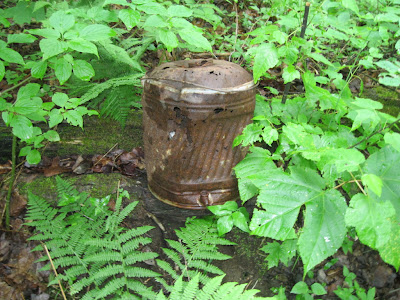