After re-visiting First Ledge on Little Coolidge Mountain last week, I wanted to explore the upper ledges on the steep south side of the mountain, locally called Second Ledge and Third Ledge. I had been to at least one of these ledges about 20 years ago, but I lost my notes from that bushwhack and don't remember much about it. These ledges are prominently seen from many places around Lincoln, and, when the leaves are down we can see them through the trees from the side of our house. As a bonus, this south-facing slope promised to be snow-free thanks to the amazing, ongoing March heat wave. 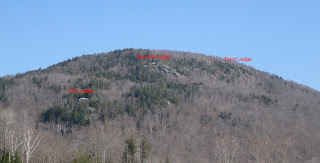 I started late morning and made my way up the unofficial blazed path to First Ledge, and took a break there for a while. 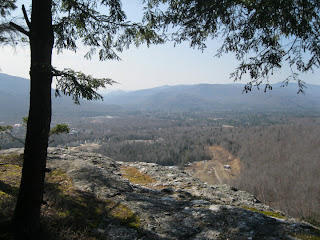 Of the three ledges, this may have the best view of Mt. Moosilauke. 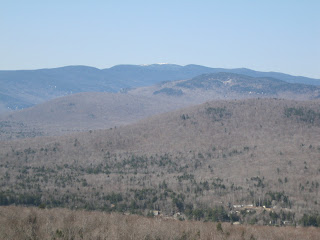 Behind First Ledge, I bushwhacked through a nice hardwood flat, then up a steep slope drained by a tiny brook. 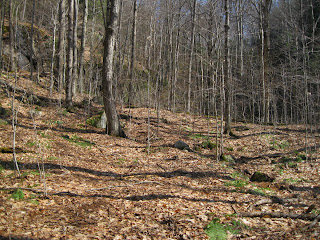 At the base of the slope, water was spilling over this small cliff. 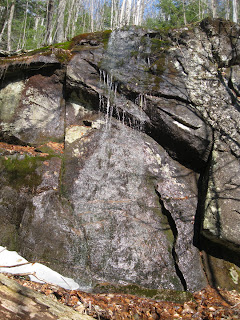 At the top of the steep slope, I encountered some blowdown. A steep ledgy wall rose off to my left - I hoped that the ledges I was seeking were not up there, because the wall looked insurmountable. 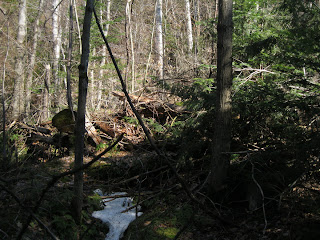 A moment after my moment of doubt, I came upon this...a blazed path! This, I figured, must lead to the ledges. 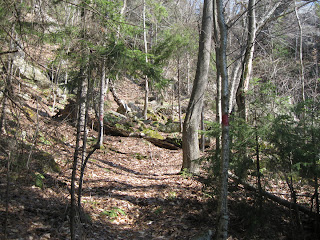 It soon led up a small rocky ravine... 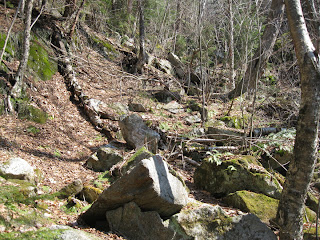 ...with part of Second Ledge looming to the right. 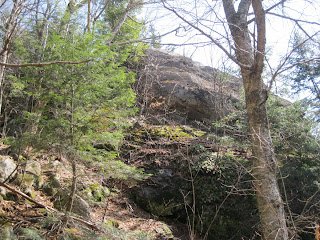 The path heads for the top.... 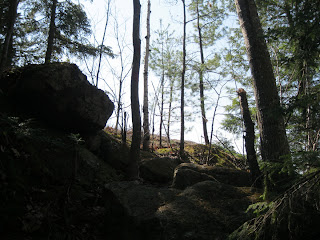 ...and emerges on the lower of two big outcrops at Second Ledge. 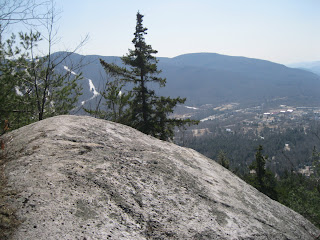 A steep scramble lifted me to the larger and higher Second Ledge slab, overlooking the town of Lincoln. 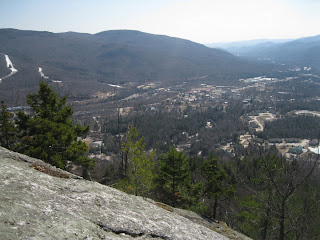 I could see part of our house, and Carol's pickup truck in the driveway. The patch of conifer forest at the lower left is the 12-acre Rachel Adams Memorial Forest, a Lincoln oasis owned by the Society for the Protection of NH Forests. 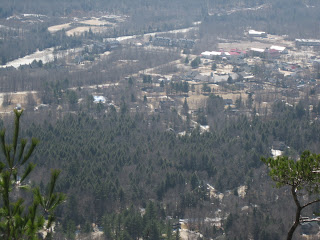 Beyond Second Ledge, the red-blazed path continued along a nice shelf of birch and hardwood. 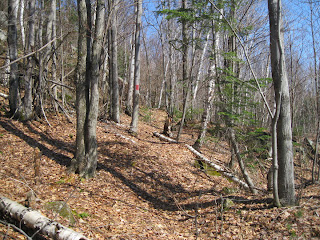 At the path's end was Third Ledge, in my opinion the neatest spot of the three. The slanting rock shown here is a dramatic perch. Black Mountain, Scar Ridge and Loon Mountain in the distance. 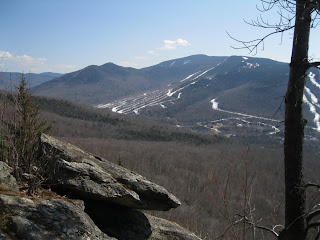 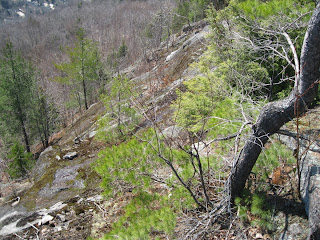 Another perch down below. 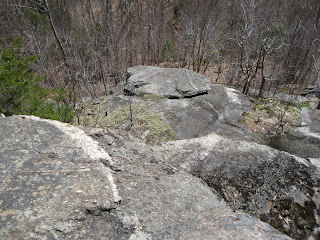 Below Third Ledge is a broad hardwood shoulder, much of which is within the White Mountain National Forest. The ledges themselves are on private land. 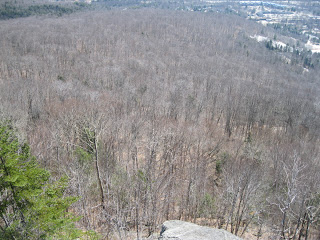 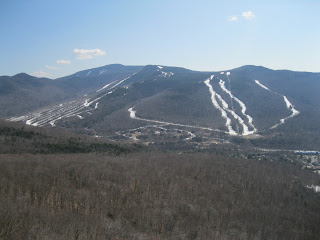 The view south over Lincoln and down the Pemigewasset River valley. 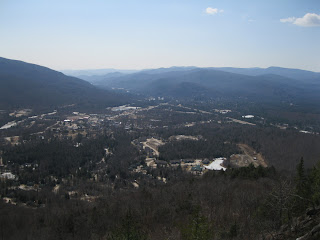 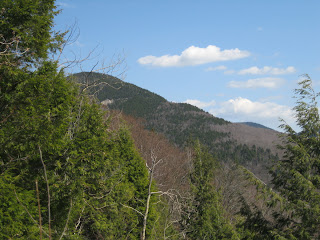 A nice surprise was the distant view east to the Hancocks, the Hitchcocks and Mt. Huntington. 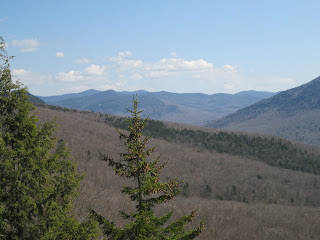 After an hour's stay at Third Ledge - the sun was too hot (near 80 degrees) to linger longer - I followed the red-blazed path down. Just past the point where I picked it up on the ascent, it descended steeply through a hardwood draw. The sun was brutally hot in the leafless hardwoods. 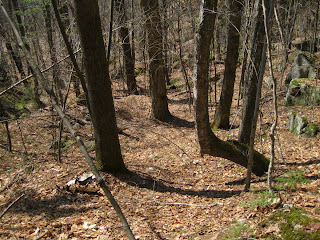 Rugged and rocky terrain all through here. 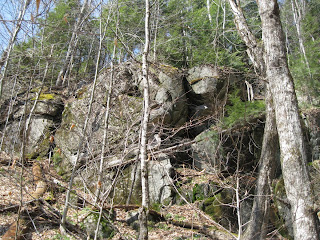 A hardwood flat at the bottom of the draw. 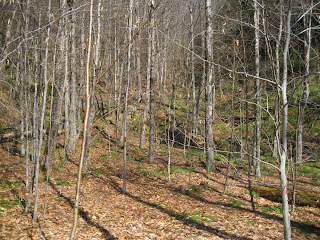 Descending to a junction with the trail to First Ledge. Little Coolidge is a cool little mountain. In the early 1900s, there was a path to the ledges, which was mentioned in the AMC guide and in a local guide to paths around North Woodstock. Whether these recently blazed paths follow those old routes, I cannot say. As mentioned in our post on First Ledge, this is all private land, so no access directions are given here. If you do find your way to these marked paths, parts of which are quite steep, please treat the area with respect - no litter, camping or fires. 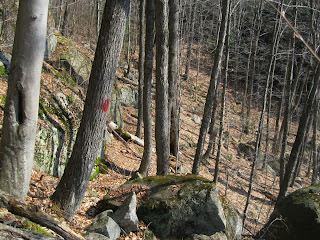