This rocky perch on the south face of Little Coolidge Mountain has long been a favorite of Lincoln-Woodstock area residents. For a short, steep climb, it offers wide views over the town of Lincoln and out to the surrounding mountains. There are two unofficial blazed routes to the ledge, but since they and the ledge itself are located on private land, I won't give any details on access.

On an incredibly warm and sunny March day, the flat top of this ledge beckoned for a long afternoon sojourn in the sun. We can catch a glimpse of the ledge from our driveway, as seen below. Part of First Ledge is visible near the left edge of the picture. 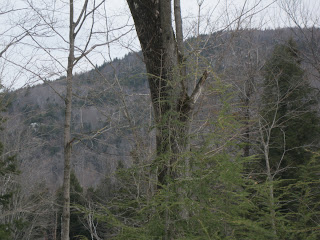 I opted for the less steep of the two routes, which still climbs quite steeply through a hardwood draw. My wife, Carol, actually discovered this blazed route a couple of years ago and snowshoed up it. This was the first time I had followed it; on previous visits I had used a steeper route on the other side of the ledge that has a rope to assist on the trickiest spot. 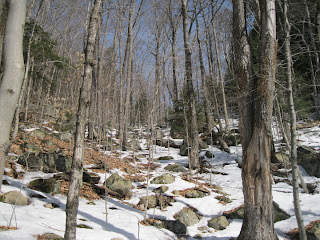 Micropsikes and some creative footwork were needed to get through the final icy pitch in a hemlock grove. 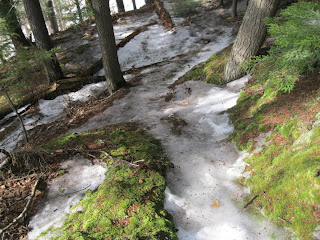 To the south, the ledge overlooks the town center of Lincoln and condominium developments on the outskirts. 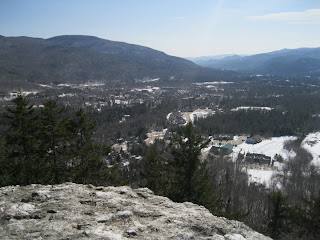 By contrast, the view to the SW and west is much wilder, with Mt. Moosilauke and its long Blue Ridge very prominent. 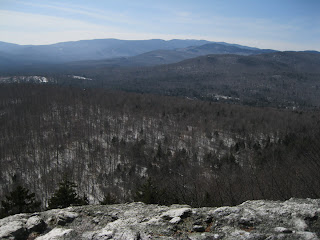 A closer look at the Moose, with "Lost River Mountain" in the middle ground on the R. 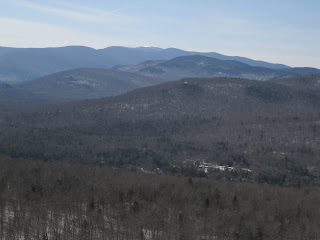 Off to the west, Mt. Wolf peers over its spur, the Wolf Cub. 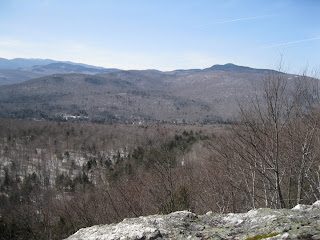 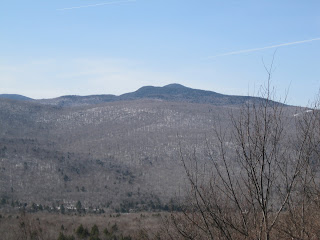 To the SE, a good look at the trails on Loon's South Mountain. 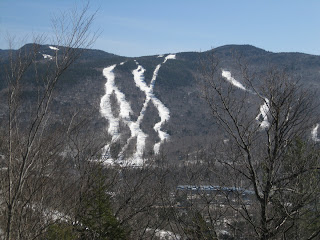 Scar Ridge lurks in the background. 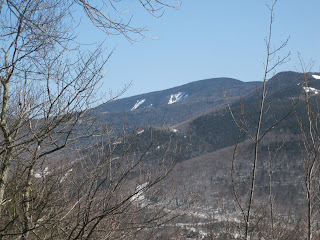 Russell Mountain rises behind the town center. Part of our driveway can be seen down there. 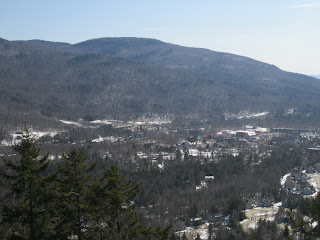 An interesting boulder behind the ledge. After spending an hour and a half lounging in the sun, it was time to head back down the steep trail. 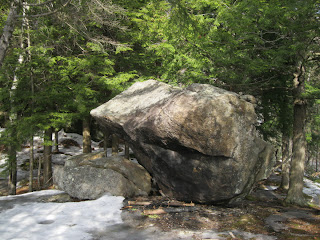