Took a hike partway up Gale River Trail to walk and measure the major new relocation that keeps the trail on the west side of the Gale River, North Branch, thus avoiding two major crossings. 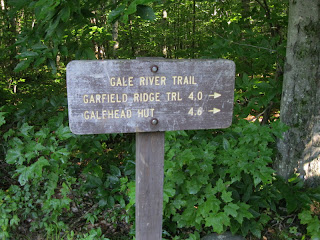 The first crossing was at 1.7 mi. from the trailhead. The relocation starts about 50 yards before that. 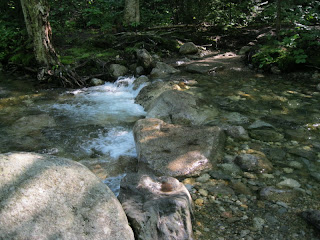 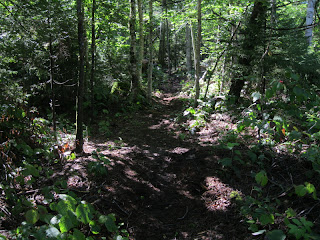 Some nice sidecut work leading to the crossing of Garfield Stream. 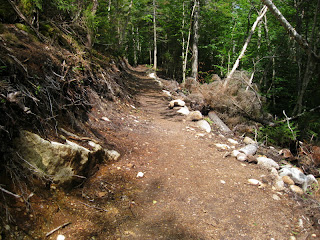 The crossing of Garfield Stream - which flows down through the valley between Garfield Ridge, Mt. Garfield and Flat Top Mountain,- is much easier than those of the Gale's North Branch. 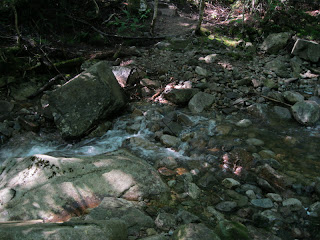 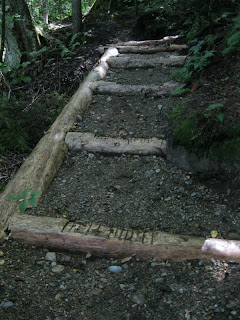 This happened to be the day that the relocation was officially opened - in fact I had to hunt for it a bit on the lower end as the last 20 feet hadn't been cut through yet. These two hikers, Kim and Michele Vecchione (forgot to get their hometown) were the first "guests" on the new section. 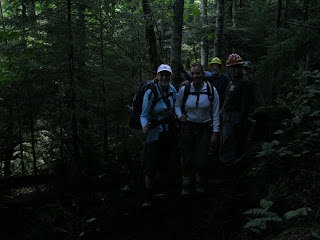 The justly proud trail crew from the Pemi Ranger District: L to R, longtime crew member Glenn Spencer; Trails Manager Jenny Burnett; and volunteer extraordinaire Giff Kriebel, who is well-known to adopters on the Pemi. Some two months of work last fall and this summer went into the construction of this 1.1 mile long relocation, one of the longest in recent memory. The Gale River Trail is now 0.1 mile longer. As it turned out, this project was timely - the old route of the Gale River Trail along the east bank may well have been partly obliterated by the surging flood waters of Tropical Storm Irene. 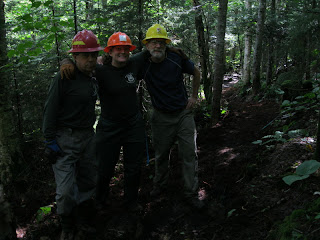 This informational sign was posted at either end of the new relo. 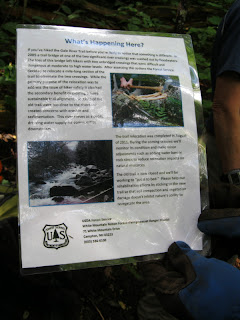 From the upper end of the relo, I continued a half-mile farther to the spot where the trail comes out on an open gravel bank at the base of an old slide. This is a nice lunch spot, which is what I used it for. 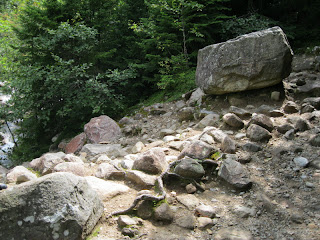 Here you get a view down to the river and up to the high ridges of the Twins. 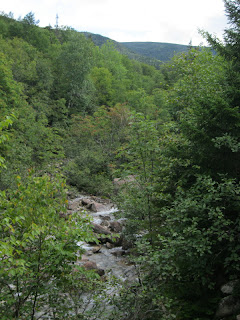 Looking up to a high, wild spur of North Twin. This is a neat, secluded little valley, and there is some interesting bushwhacking to be found on either side. No time for that today, though. It was a pleasure walking back over the nice new trail bed. Galehead-bound hikers will appreciate it! 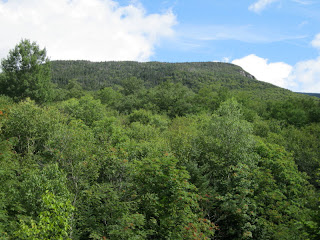