It seemed likely that the heavy rain event early in the week, followed by cold temperatures, would set up some firm conditions for snowshoe bushwhacking in the woods. With a couple of hours free on a sunny morning, I decided to whack partway up the slope of Loon Mountain's South Peak to a ski trail overlooking the town of Lincoln and the surrounding mountains. We can actually see this ski trail ("Cruiser") from the front of our house. The Loon website indicated that this trail was closed for the day (due to the thaw/freeze cycle).

I parked by the skier's South Mountain lot, went a short way up along the edge of a connector ski trail, and headed into the woods. The first part of the climb was made easy by old tracks from out-of-bounds tree skiers. These had firmed up solidly and made for great 'shoeing. 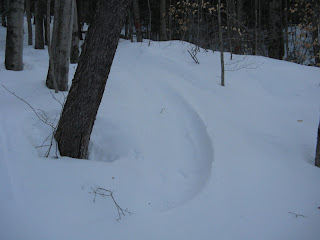 I soon crossed the boundary into the White Mountain National Forest. 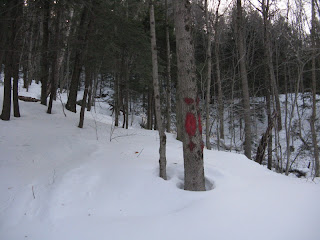 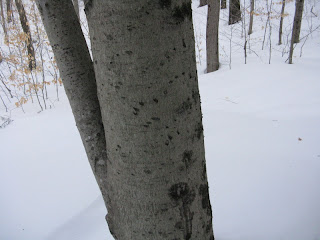 I climbed parallel to a small brook, which had opened up with the rain and was displaying some icy cascades. 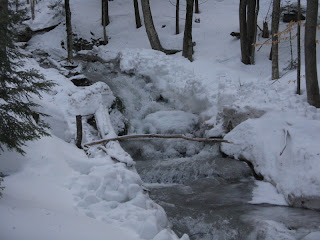 Most of the route was through open hardwoods. 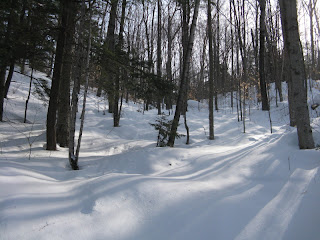 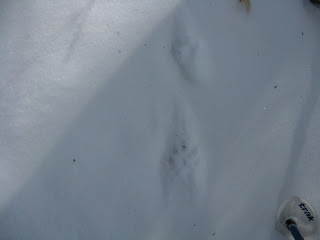 Partway up I crossed the brook on icy rocks and continued up on its west side. I crossed several old logging roads, and utilized a couple of them for part of my route. 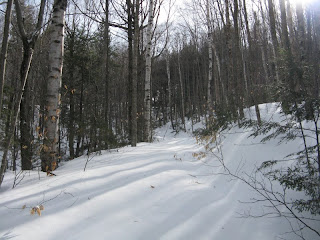 The snow was softer in the hemlocks, and I punched through the crust fairly often in here. 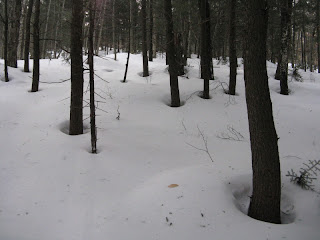 After climbing about a thousand feet, I veered left, recrossed the brook, and emerged on the edge of the ski trail. I could see why it was closed - it was rock-hard and hadn't been groomed yet. 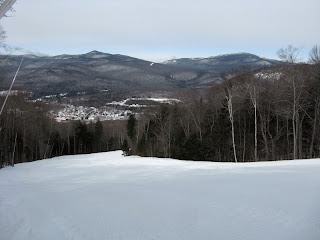 There was a good view down to the town, with Mt. Wolf presiding beyond. With binoculars I could spot our house. My store was out of sight, farther to the left. 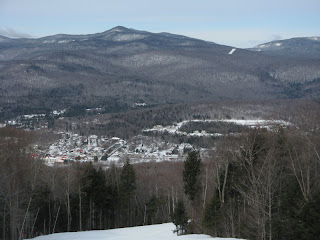 There was an excellent view of the Kinsmans beyond the ledges of Little Coolidge Mountain. 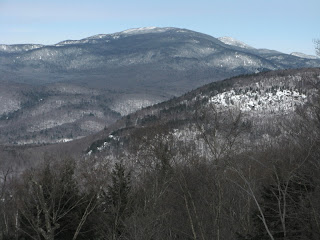 After enjoying the views for a while, I headed back down, reaching my car in just 50 minutes to complete a fun close-to-home excursion. 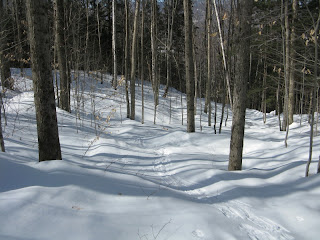