Low clouds and drizzle on the east side of the Kancamagus Highway foiled plans for a short morning climb in the Albany Intervale for some foliage views. Instead, I opted for a woods walk up the Sabbaday Brook Trail, which leads through one of my favorite valleys in the Whites. My new plan was to leave the trail partway up the valley and look for the point where a major tributary comes in to Sabbaday Brook off the E slopes of the Fool Killer. If conditions permitted, I would poke a little ways up this side stream in search of cascades.

This nameless brook drains a fairly large basin on the eastern flank of the Fool Killer, which is the flat-topped ridge in the foreground, under the Tripyramids, in this winter photo taken from Potash Mountain. 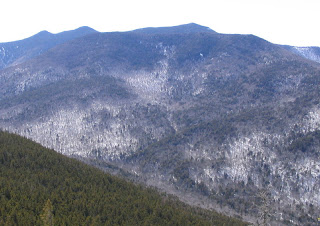 As at a couple of other trailheads I've visited recently, there was a nice new location map posted on the kisok. 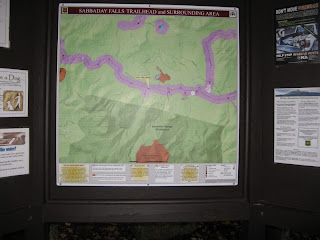 The parking lot was empty when I set off a little after 8:00 am. For a little while, at least, I would be the only tramper on the Sabbaday Brook Trail. 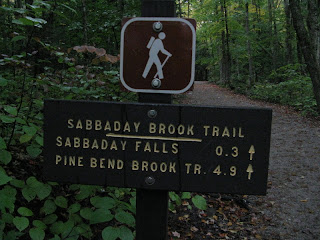 It was fun to poke around ever-popular Sabbaday Falls with on one else around. 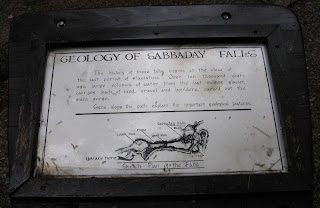 The gorgeous pool below the falls. 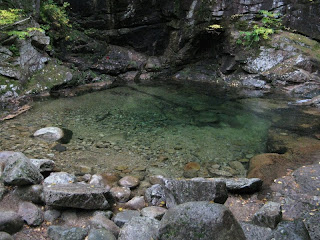 The lower falls, looking up the flume-like gorge. 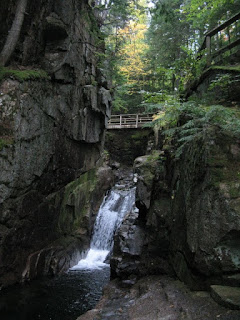 The main falls of Sabbaday. 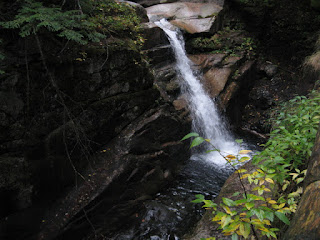 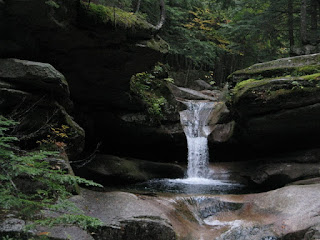 Proceeding up the main trail, I found low water levels for the three brook crossings from 0.7 to 0.9 mile. Nevertheless, careful foot placement was needed as the rocks were wet from the drizzle and some were very slippery. 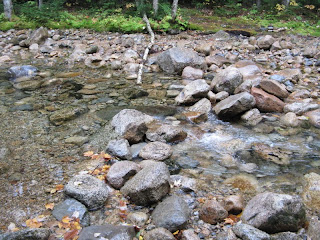 About a mile and a half in I passed the sign for the Wilderness boundary, though according to the maps this should be about 0.2 mi. farther N. 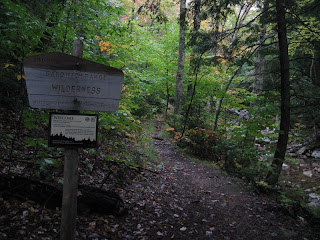 Farther up the valley I bushwhacked down to Sabbaday Brook and followed it upstream, pushing through wet vegetation. I enjoyed many nice views of this attractive backcountry brook. 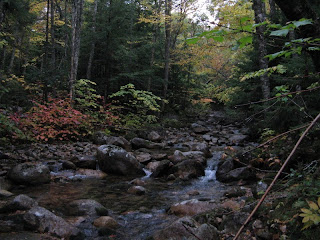 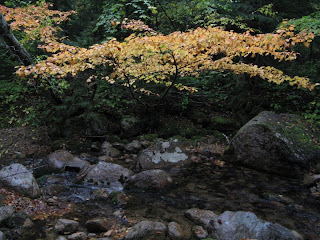 After a while I came to the point where the tributary off the Fool Killer enters Sabbaday Brook. I was expecting a more prominent confluence, and at first wondered whether this was the correct stream. But as I followed it upstream to the W, I saw that it was indeed a good-sized watercourse, albeit with a very low flow due to a prolonged lack of rainfall. 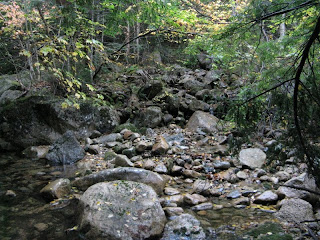 A short way up I found this mini-cascade. 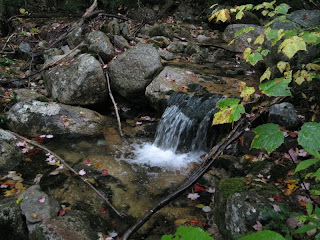 Farther upstream was a formation that could be a decent waterfall after a heavy rain. 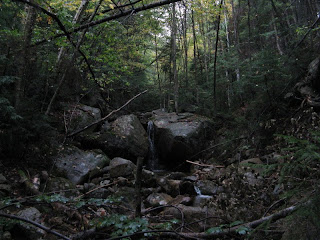 At times I took to the woods on the steep N slope of the brook's ravine. 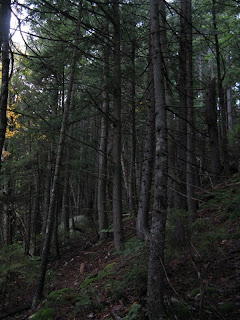 Perhaps 0.2 mile up the side valley I came upon this humble but appealing mossy cascade. It, too, would be more impressive with a better flow. It was a nice spot to take a break, though there were no dry seats in the house. 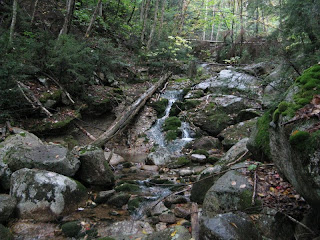 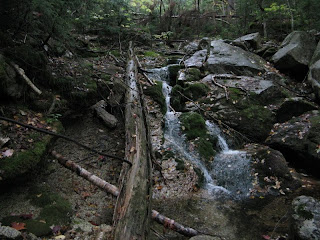 I then continued farther upstream to where two forks of the brook join - a larger southern branch and a smaller northern one. For the return trip down to Sabbaday Brook, I took to the woods above the S side of the ravine, where open hardwoods provided better going than the sometimes blowdown-strewn conifers on the N side. 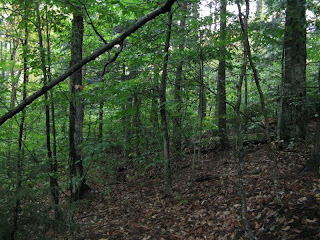 Back down on Sabbaday Brook, I explored farther upstream in an area where the valley has a fairly broad, flat floor. 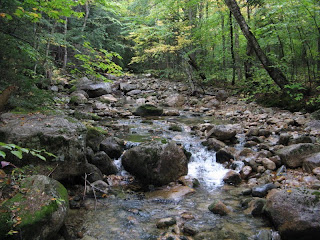 On the W side of the brook was a gorgeous glade of open hardwoods. 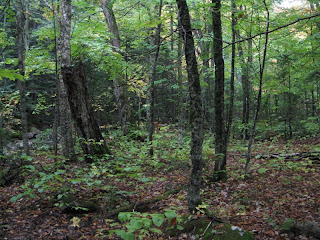 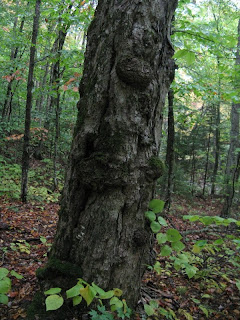 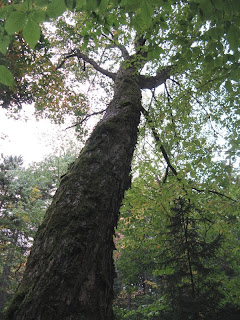 I whacked back up to the trail and walked about two miles out, the last few minutes through a heavy rain shower. I was pretty soaked anyway from bushwhacking, but satisfied that I had made the best of a damp and dreary morning. On the way home the mists parted for a view of foliage-draped Mad River Notch from a pulloff on the Kanc. Good colors this year, and a week or two early. 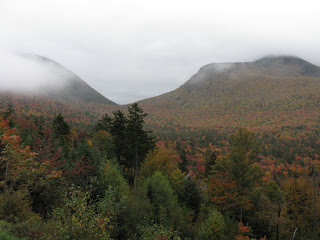