Took a couple of easy snowshoe strolls at Lincoln Woods, enjoying the open woods, fine river scenery, and distant mountain views along the Pine Island Trail (a narrow path that parallels part of the Pemi East Side Trail, starting 0.6 mile from the parking area). On the first hike I joined friends Harry and Barb Cunningham on a cloudy Sunday afternoon. From one spot at the edge of the East Branch of the Pemigewasset we could see the lower ridges of the Bonds far upstream; the summits were fully socked in. 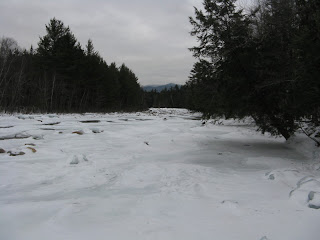 All along the river were upheaved ice chunks. My guess is that these were dislodged by the heavy rain a couple days after Christmas. 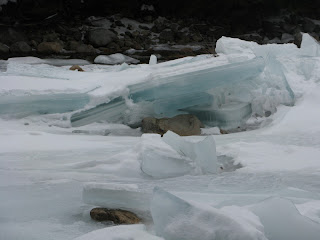 An outwash area near the north end of Pine Island Trail provided a view south down the river to slide-streaked Scar Ridge. 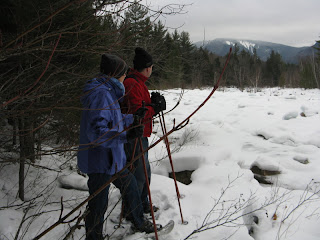 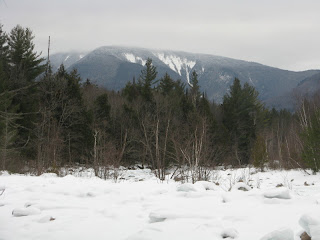 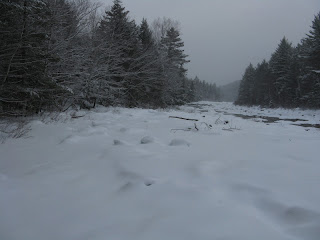 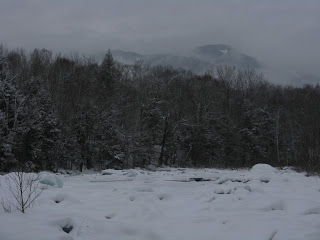