Black Mountain (2830 ft.), with its many open quartzite ledges, is the crown jewel of the Benton Range in the western Whites, and one of the finest peaks on the NH 52 With a View list. The short but steep and rugged Chippewa Trail, which ascends from Lime Kiln Rd. on the SW, is the more scenic of the two trails up Black. This was a good hike for the short daylight hours of pre-winter, and on this sunny day the views were excellent. Numerous ice flows on the upper half of the trail necessitated careful foot placement.
The climbing is easy until you pass this cellar hole. 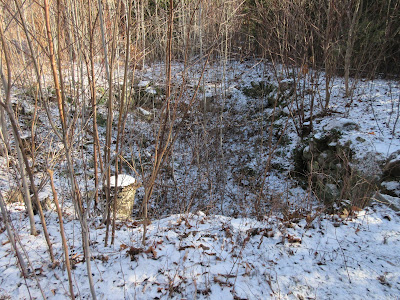 Soon the trail begins a relentless stiff climb,with this fine bit of rock work near the start. 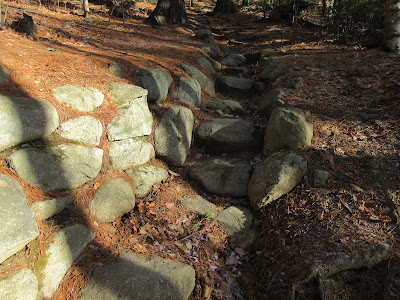 The trail climbs steeply through a beautiful red pine forest. The NH Natural Heritage Bureau lists the red pines on Black as an exemplary occurrence of a natural community known as the "red pine rocky ridge." 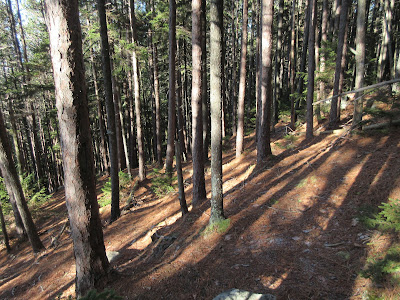 Above 2000 ft. there are a couple of side paths on the right leading to ledges with views south and west. 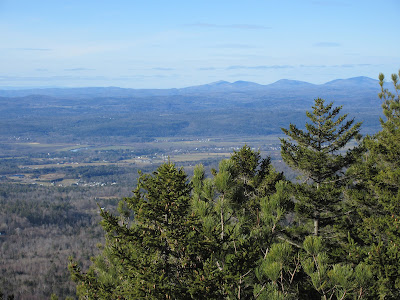 At ~2400 ft. the trail passes this spacious flat, west-facing ledge. Many peaks in the Green Mountains were visible on this clear day. 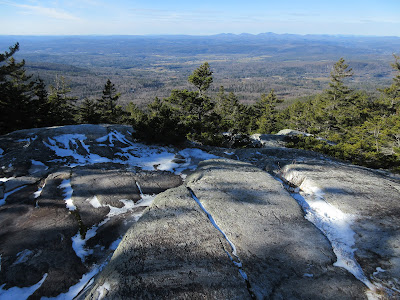 There were quite a few spots where ice made for tricky footing. Most of the trail was bare, so my spikes stayed in the pack and I relied on focused foot placement. Not sure the spikes would have gripped on some of the hard flow ice anyway. 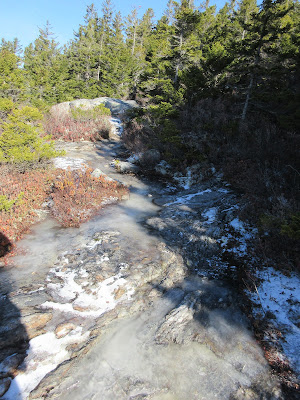 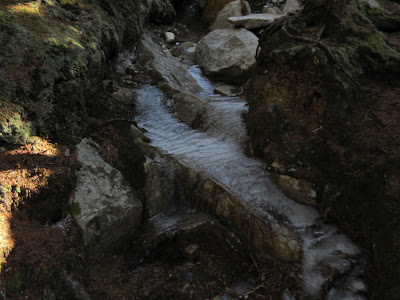 Shortly before reaching the summit, there is a great expanse of open ledge to the R of the trail, a wonderful spot for an extended break. Jeffers Mountain, The Hogsback and Sugarloaf in the Benton Range are on the L, and in the distance are Smarts, Cube and Piermont. 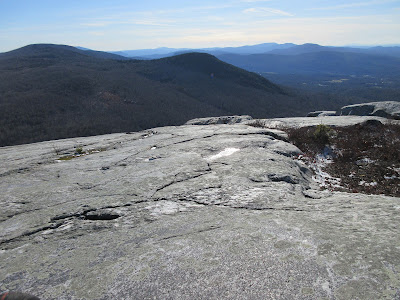 The view of Mt. Moosilauke from Black Mountain is perhaps the best perspective on that gentle giant. 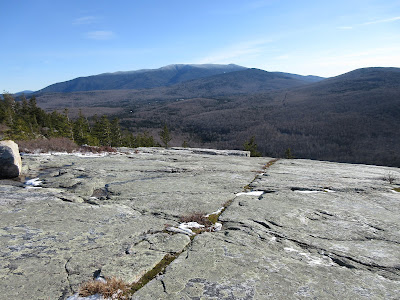 Looking up at the summit. Black's summit was the site of a fire tower, starting in 1911. It was staffed into the 1960s. The tower was removed in 1978, but some evidence still remains. 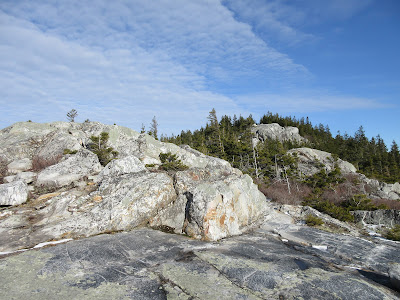 By following a spine of ledges a couple hundred feet to the east one can enjoy wide views in that direction, including Mt. Lafayette peering over behind the Kinsmans. 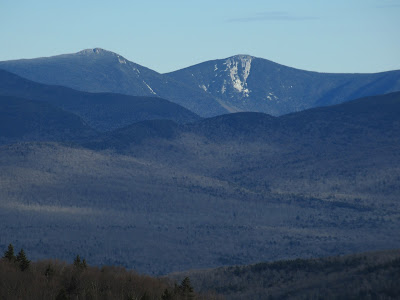 An even better angle on the Moose. 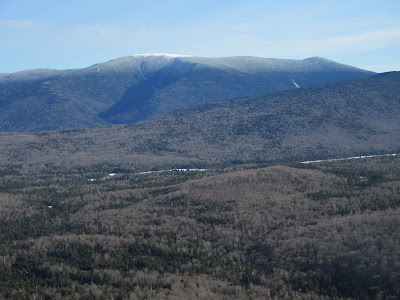 South Peak and the biggest slide in Slide Ravine. 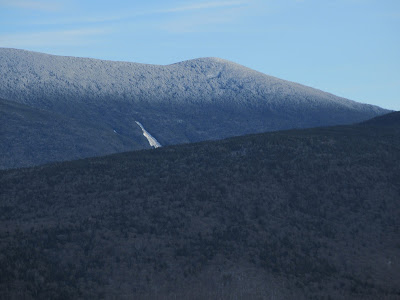 The low December sun casts a shadow over  the huge gouge of Tunnel Ravine. 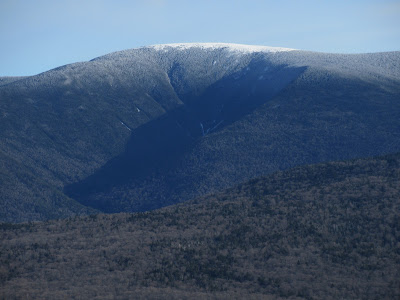 Heading back across the ledgy spine. The summit quartzite displays prominent folds. This metamorphic rock was originally beach sand along an ancient sea, but was transformed under great heat and pressure into an unusually hard and erosion-resistant rock. 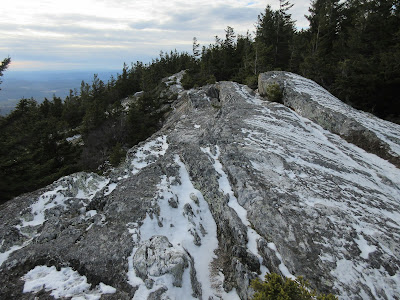 South view to Smarts, Cube and Piermont. The descent through the icy spots along the trail was slow and careful. 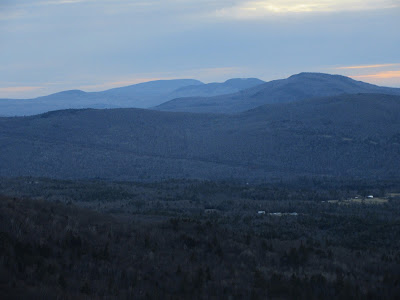