The first of two fall maintenance trips on Passaconaway Cutoff, the adopted trail of the AMC Four Thousand Footer Committee. I was glad to see that the USFS Saco Ranger District crew had taken out this massive crawl-under blowdown along the Oliverian Brook Trail. 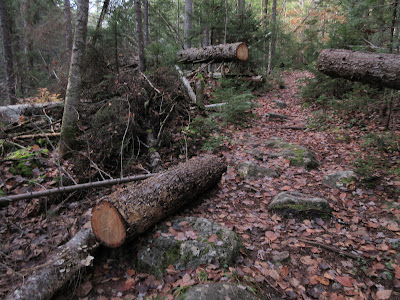 October sun in the hardwood forest along the valley section of the Cutoff. 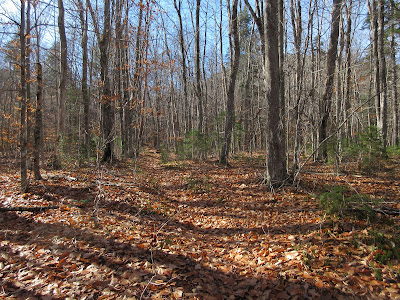 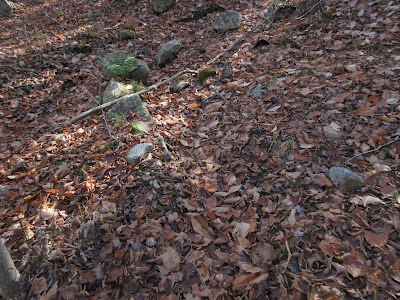 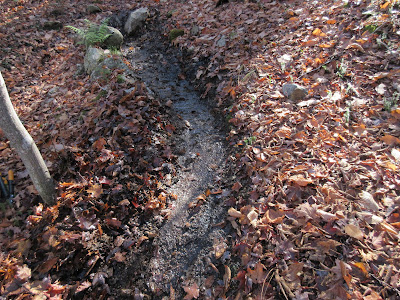 One of several blowdowns encountered along the way. 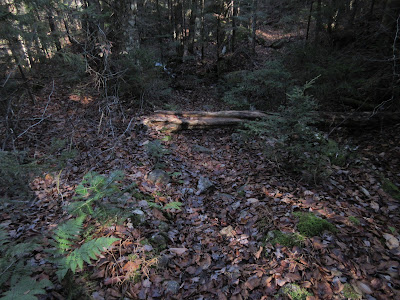 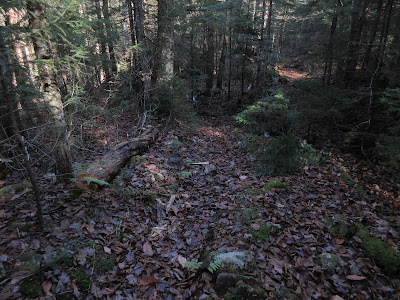 The West Branch of Oliverian Brook: a wilderness stream. 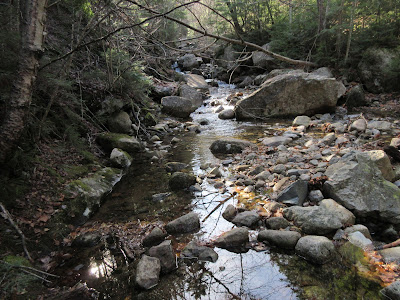 This big leaning spruce blowdown has been a nemesis for a couple of years: a walk-under in summer, but a nuisance in winter with deep snow cover. I'd never attempted to take it out, deeming it too tricky to tackle solo. 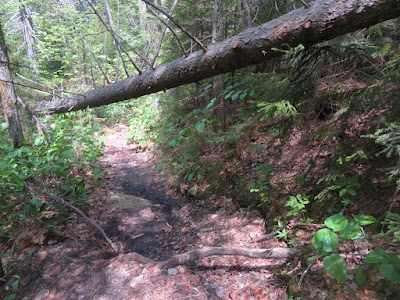 I was delighted to see that it had been cut down, presumably by the USFS crew (thank you!) and was now a "stepover," which is normally left in place in a Wilderness area. Since this trunk was at an awkward angle on an incline, I decided to remove it. It took half an hour to cut this out with my little Silky saw, proceeding carefully to prevent the blade from binding. 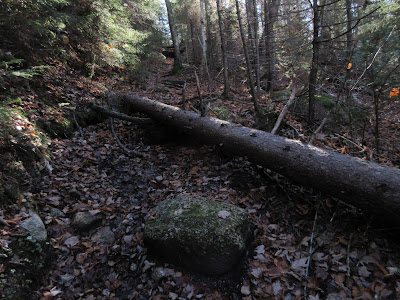 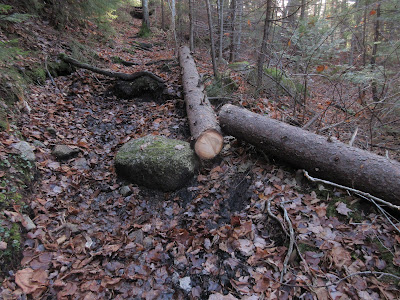 At rest. Got 33 of the 57 drainages cleaned before reaching my turnaround time. Will return to clean the remaining drainages on the upper half-mile of this 1.7 mile trail. 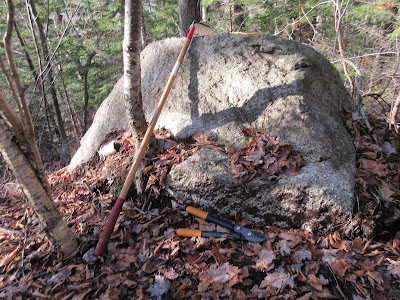 Mount Passaconaway looms across the valley. 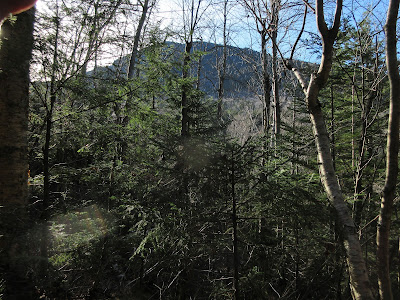 Checking out the drainages on the way back down. 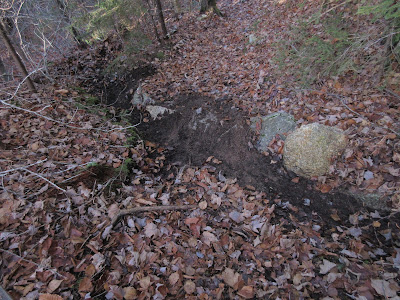 Cascade on the West Branch of Oliverian Brook. 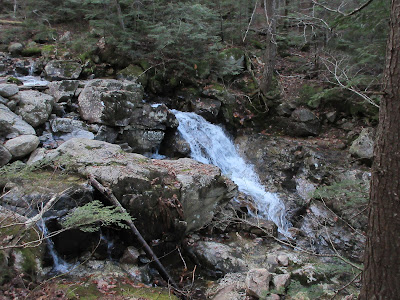