One of the coolest spots in the mountains for a hot, humid day.

Peaceful scene on the Mad River, along Greeley Ponds Trail. 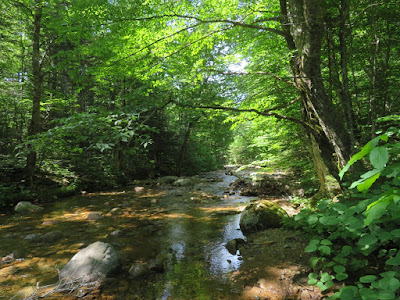 Big washout on Flume Brook from Tropical Storm Irene in 2011. 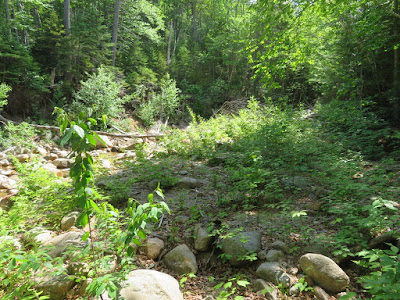 Logging artifacts revealed by the washout. Probably from Parker Young Company's Camp 5 across the stream. 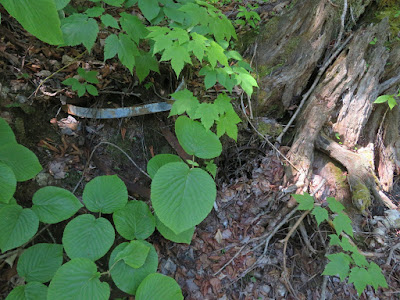 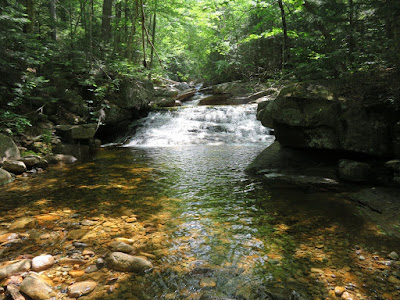 They were named for for the Hon. George Makepeace Towle of Brookline, MA, a summer visitor to Waterville Valley. 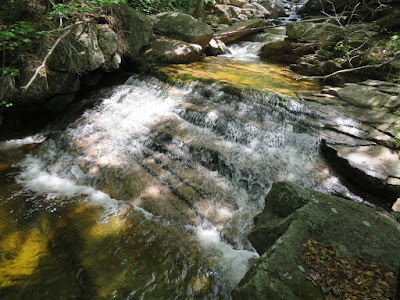 The Flume Brook Trail was abandoned after Irene due to a major washout, but much of the trail is still in good shape. This was one of the original Waterville trails built by innkeeper Nathaniel Greeley in the 1850s as part of the first trail network in the U.S. 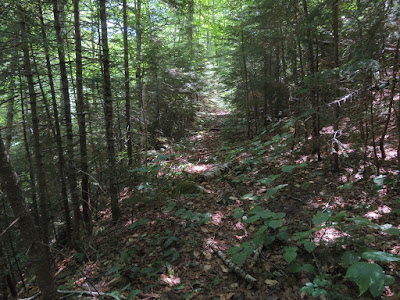 Remains of the dam on Flume Brook, used to build up and then release water for log drives down the Mad River in the early 1900s. 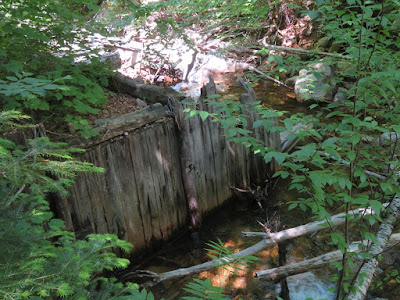 This gear wheel is suspended on timbers from the dam. 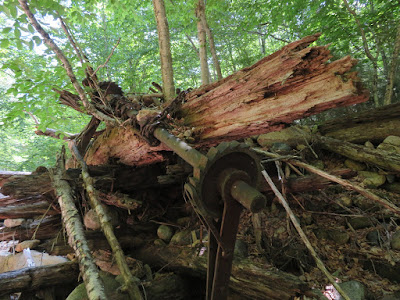 A major meeting - where Flume Brook is joined by Kancamagus Brook. 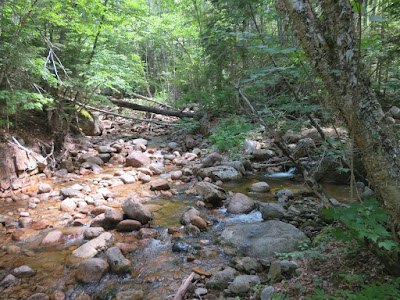 The big washout on the Flume Brook Trail, where the trail was obliterated for maybe 0.1 mile. 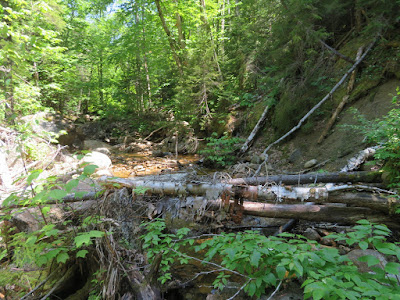 Hobblebush has taken over parts of the abandoned trail 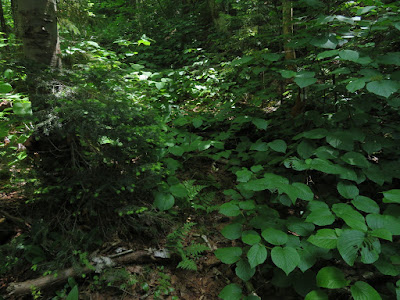 Looking into the Waterville Flume. 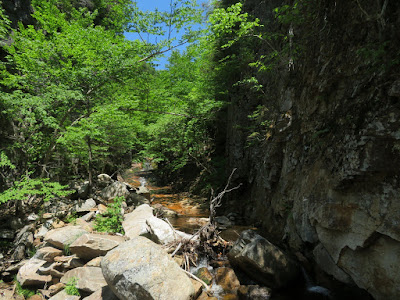 Flume Brook as it slides through the feature for which it was named. 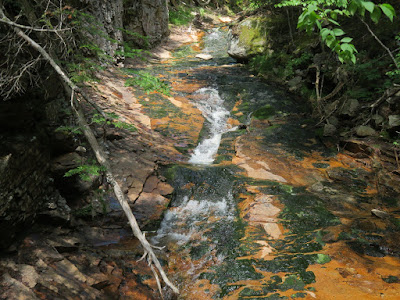 Cascade up around the corner, just above the Flume. The rough path that formerly led to this point was wiped out by Irene. Had to do a Dry River-style steep bank traverse to get here. 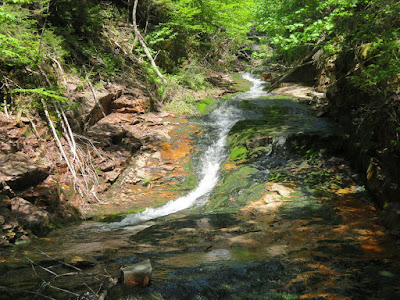 Looking down through the Flume. 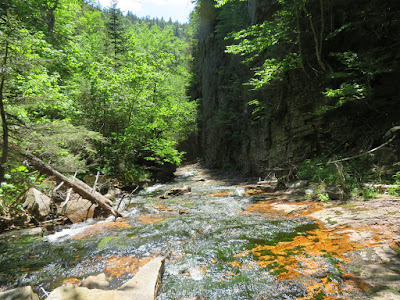 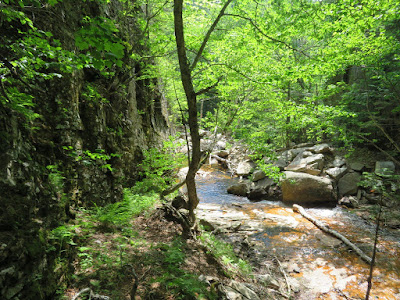 Mother Nature took a bite out of this crag. 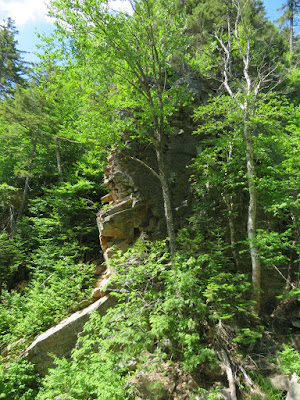 I returned via the wonderful Irene's Path, opened in 2014 to replace the Flume Brook Trail. As it climbs up onto the ridge to the south, you are treated to this unique view towards Mad River Notch. 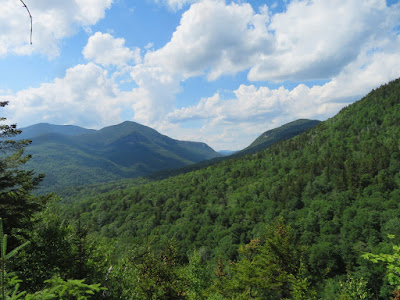 Hazy outline of the Osceolas. 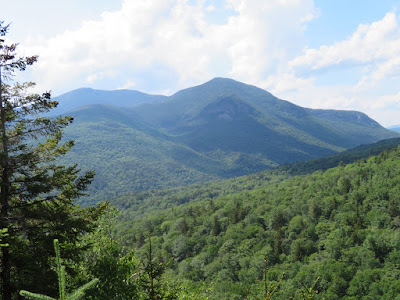 Owl's Head is seen in the distance through the Notch. 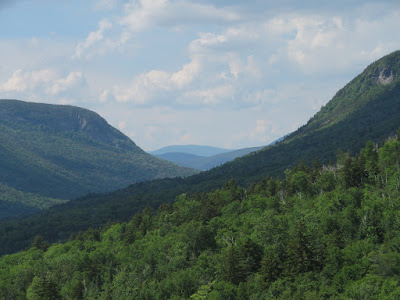 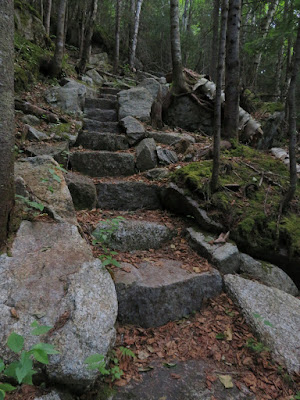 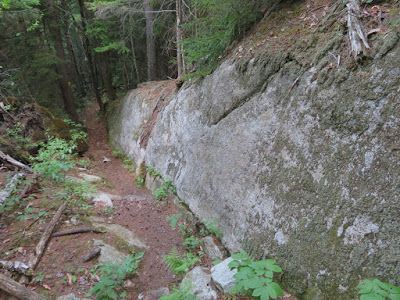 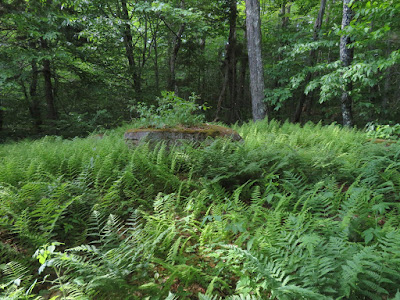 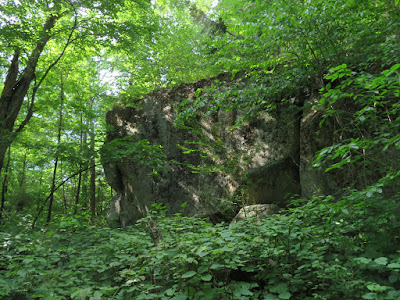 Hazy view of Sandwich Dome from The Scaur. 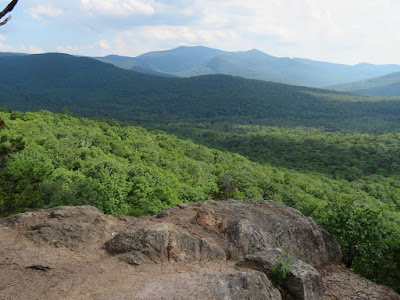 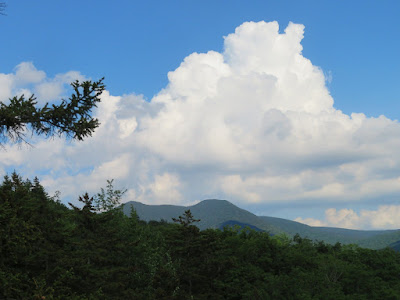 White Admirals on the Livermore Trail. 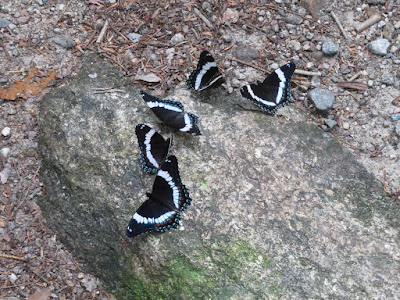