A rare cloudy day was good for some exploring on the south side of Mt. Osceola. Included in the trek was an attempt to locate evidence of the original trail up Osceola opened by Waterville innkeeper Nathaniel Greeley in the 1850s and used into the 1930s. 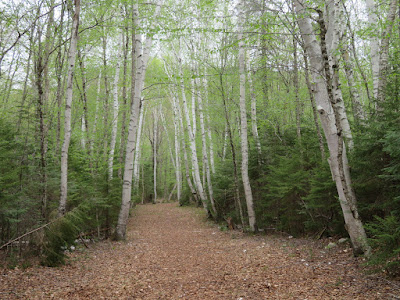 I revisited the boulder train I found a few days earlier on the brook that drains the huge south slide of Osceola, which came down during Hurricane Carol in 1954. These rocks were apparently deposited at the lower end of the slide track. The train extends for some distance, perhaps as much as 0.1 mile. 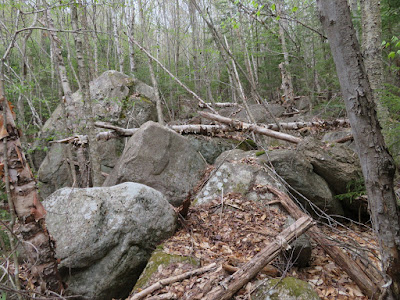 Cascades on the nameless brook. 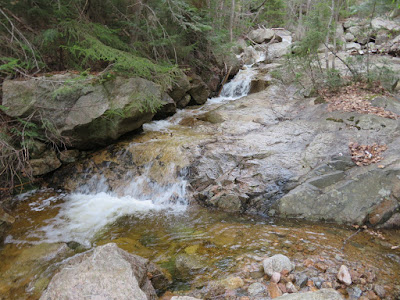 The slide carved out a steep bank. 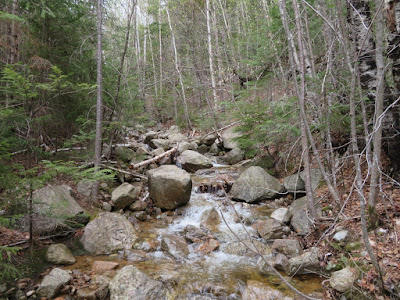 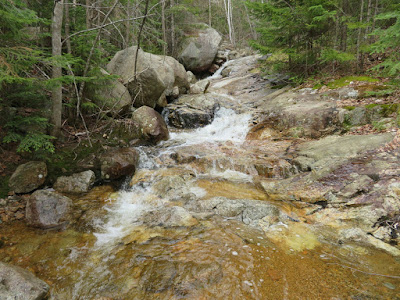 Heading up onto the south ridge - the one Greeley's trail ascended - I crossed this old logging sled road leading up the valley. 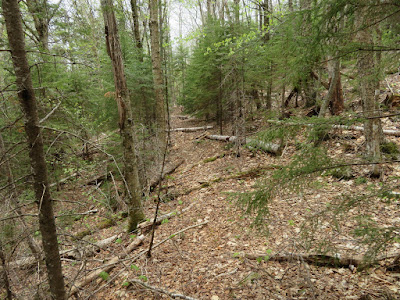 At 2450 ft. I passed through this fine open maple glade. 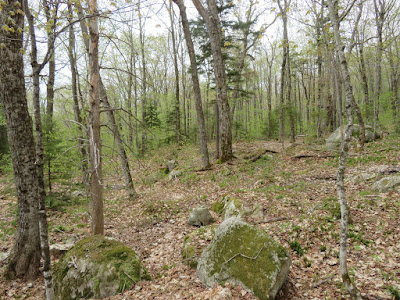 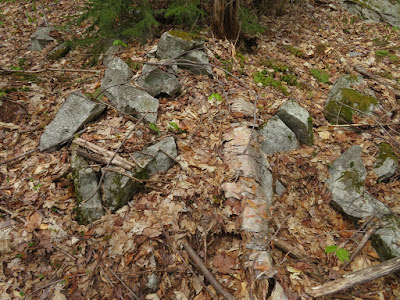 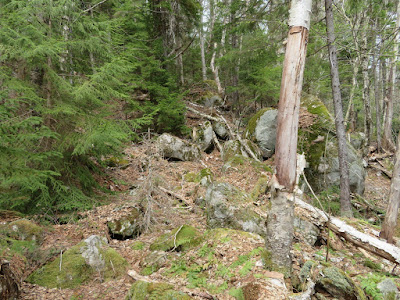 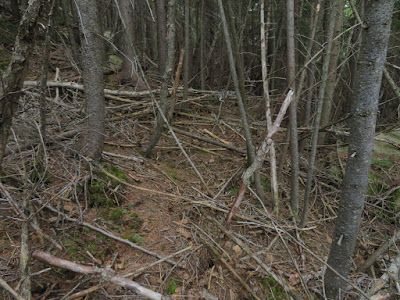 Another sled road, high on the ridge in dark woods at 2900 ft. 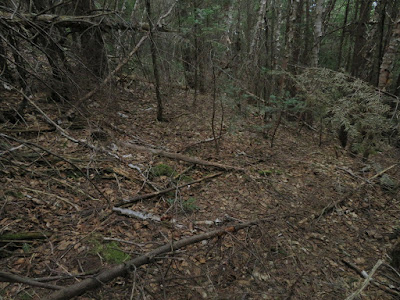 This unidentified artifact rested along the sled road. Its metal crumbled when touched. 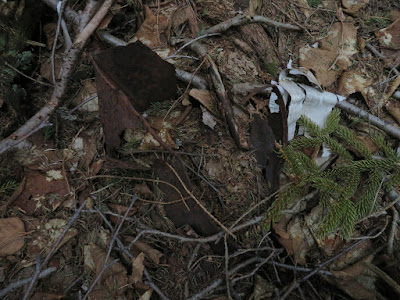 With a little help from Garmin, I found a ledge I had spotted on Google Earth. I hoped there would be a view. 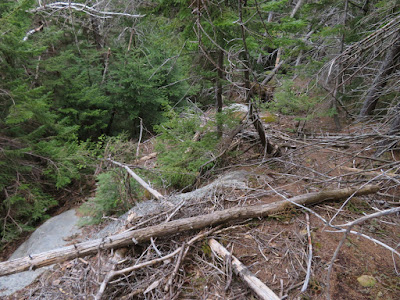 Sometimes potential view ledges pan out, and sometimes they don't. 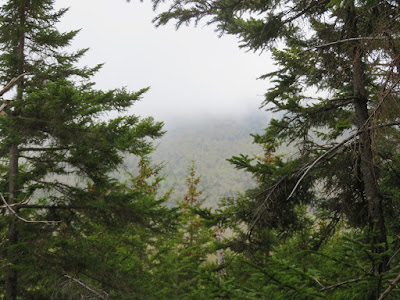 On the way down the ridge I wandered back and forth, searching for traces of Greeley's trail. There were many potential overgrown trail corridors, such as this one. 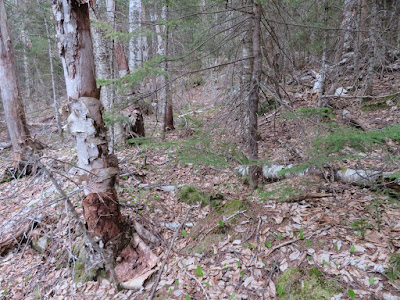 And this one, which appeared to have a worn trough. 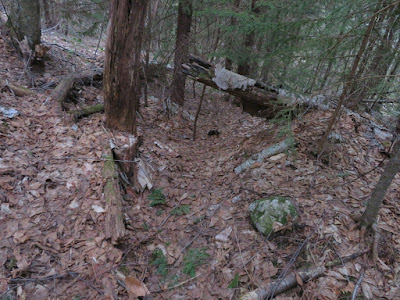 Another spot with a trough that doesn't look like a natural drainage. 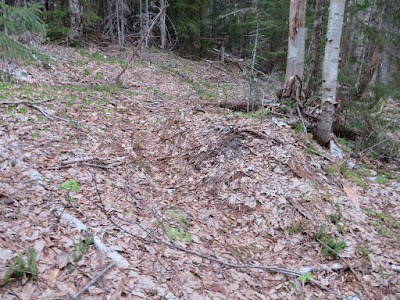 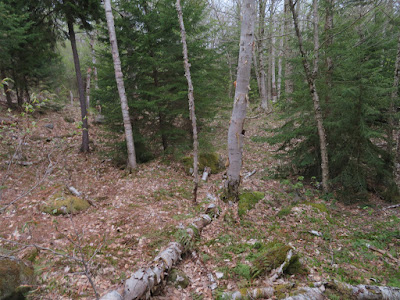 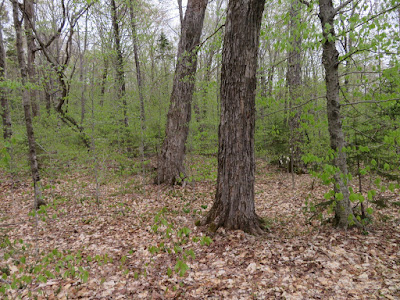 Taking in the beauty of the forest. Back home, my GPS track showed that I had been on or crossed the route of the old trail (as shown on the old 15-minute USGS quad) in several places. 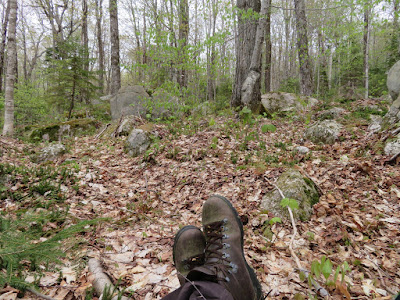