A short but steep morning hike up Kinsman Ridge Trail and down a spur trail to a ledge viewpoint on the upper part of the former Dilly Trail. As reported last year by property steward Ken MacGray, the Dilly Trail, located on the Lost River Gorge reservation of the Society for the Protection of NH Forests (SPNHF), was permanently closed after last fall's Kinsman Notch forest fire caused irreparable damage to the trail. The SPNHF recently reopened the upper Dilly Trail as a spur to the viewpoint after doing some trail rehab work. The fire greatly expanded the vista at the ledge viewpoint. 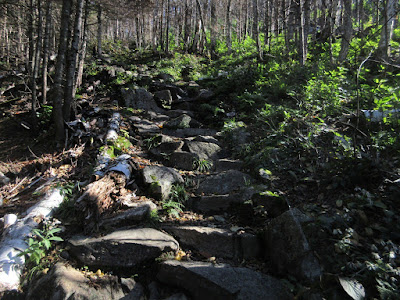 A section of the trail skirts the area burned in the fire. Pin cherry, a "pioneer tree," is already springing up. 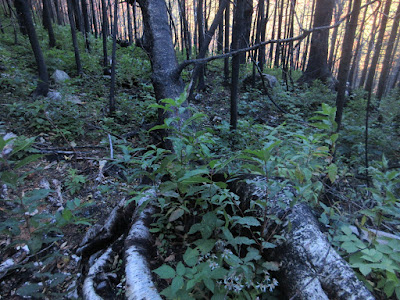 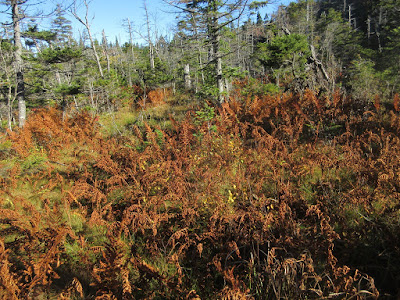 Nice woods along the spur trail. The spur leaves Kinsman Ridge Trail at a cairn, 0.6 mile up from Rt. 112. There is no sign at present. It is marked by some blue blazes and orange flagging. 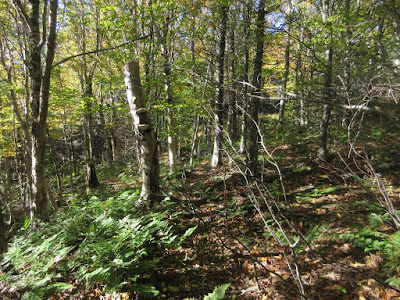 The trail bears right at a fork as it approaches the ledge; a rough flagged swath to the left is a fire break cut by firefighters. As shown above, the spur is also a bit rough as it emerges in the burned area. 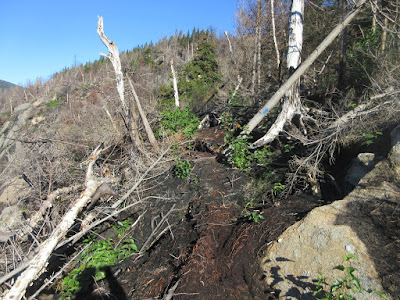 This is what the ledge viewpoint was like before the fire... 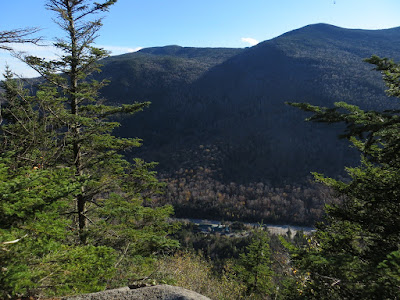 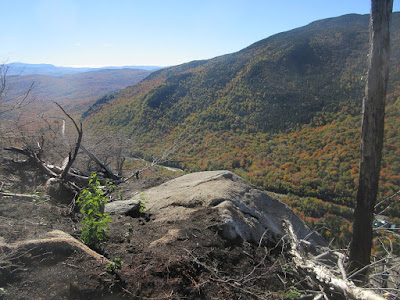 There is now a long view down the Lost River valley to the peaks in the Waterville Valley area. 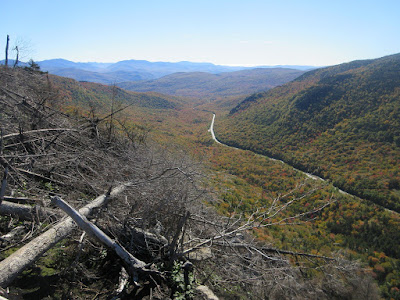 Backlit foliage on the valley floor. 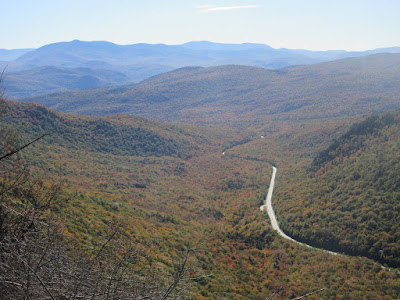 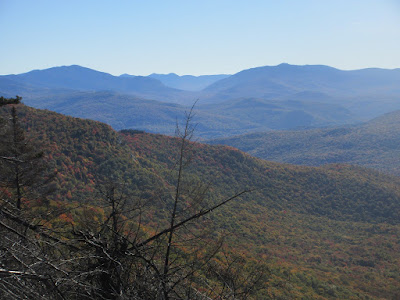 Down-look to the Lost River complex. 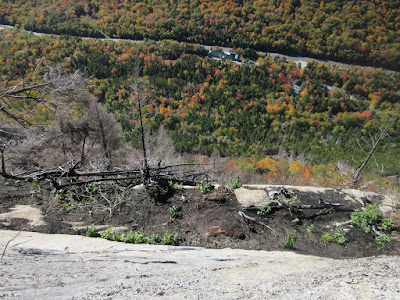 Looking across the Dilly Cliffs to the Beaver Brook drainage and Mt. Blue. 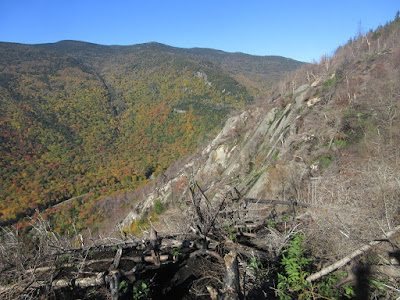 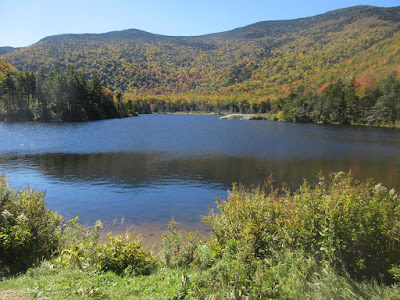 Dilly Cliffs from pulloff along Rt. 112. 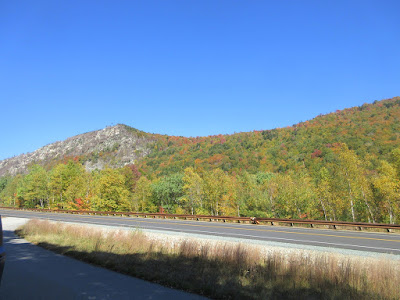 Foliage behind the Monkey Cliffs. 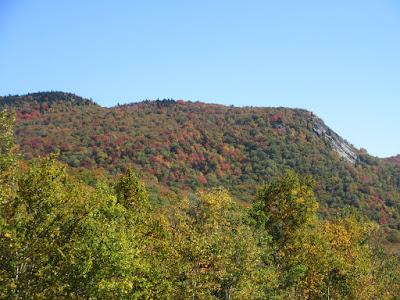