Bare rock beckoned on this sunny, near 50 degree day. A short bushwhack put a new twist on an old favorite.

Brilliant sun in the hardwoods along the east loop of the UNH Trail. Conditions were sloppy, especially in the afternoon. I wore small snowshoes for more stable footing. 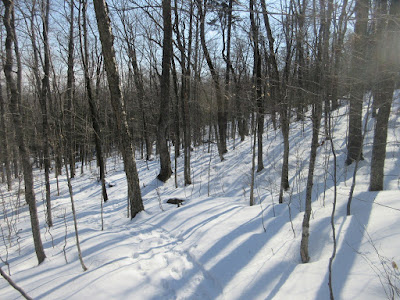 The headwaters of White Brook. 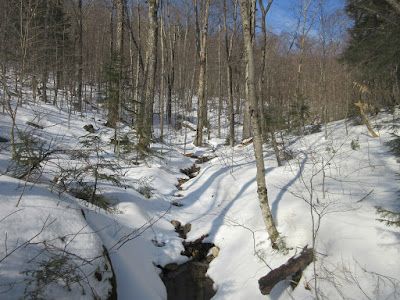 Near the top of the east loop I diverted to a bushwhack route up a draw between the East Ledges and the main summit. This is approximately the route of a long-abandoned section of trail. Despite the warm temps, the snow base was rock-solid under the top 3" layer of wet newer snow. 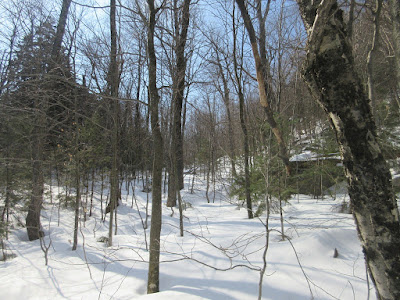 One of the larger red spruces I've seen recently. 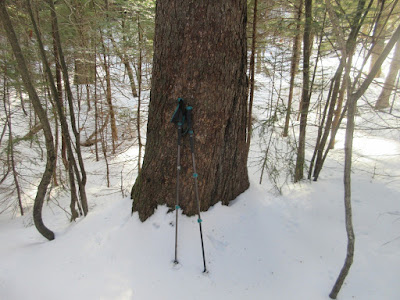 The route took me along the base of a hidden cliff. 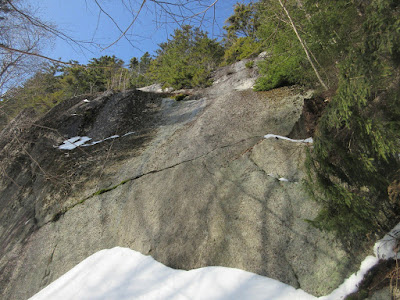 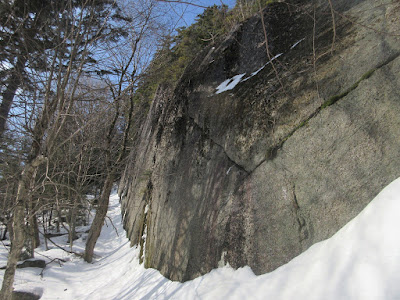 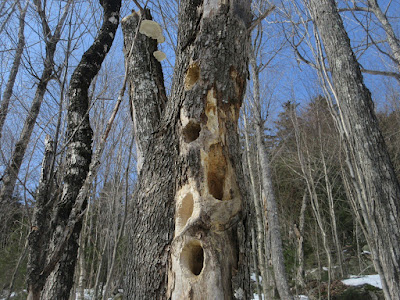 From the East Ledges, the classic view of Mt. Passaconaway. To the left are Nanamocomuck Peak (marked by a 1938 slide) and Wonalancet Hedgehog. 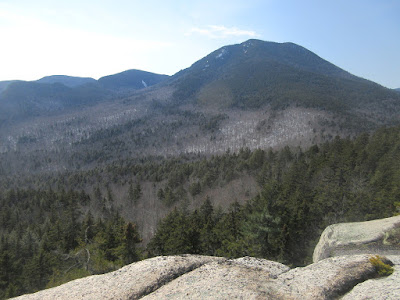 Looking west to the Sleepers and South Tripyramid. 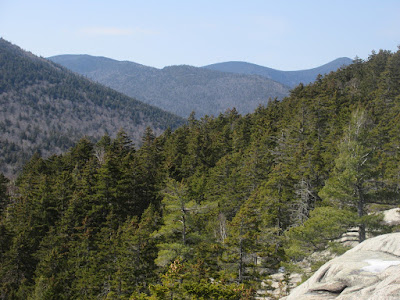 Looking up to the summit cliffs of Hedgehog. 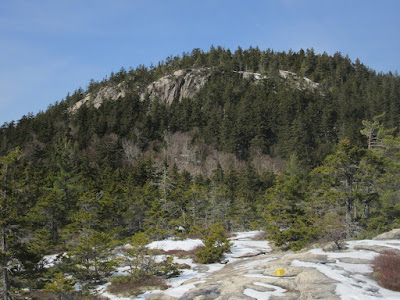 Not normal for February 28, but we'll take it! 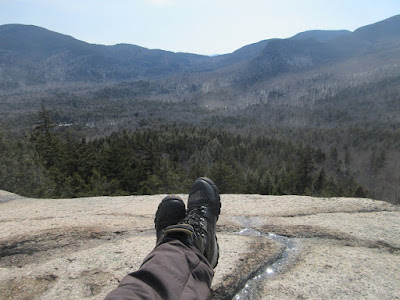 Had an excellent look at a pair of Red Crossbills in a spruce down below. The mix of red and orange plumage suggests that this is a young male. We saw Red Crossbills on Great Hill the day before, and have seen a number of White-winged Crossbills this winter as well. Pine Siskins seem to be everywhere. 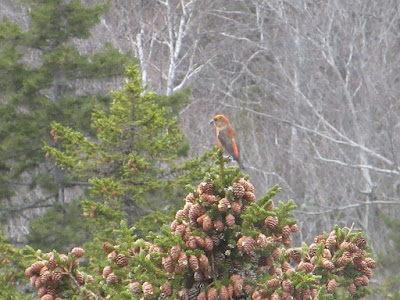 Chocorua off to the east. 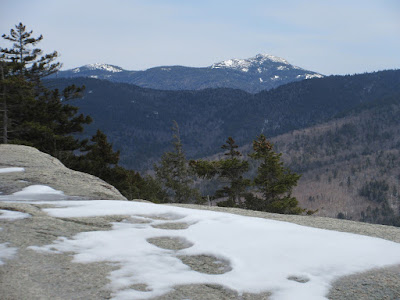 On the way down I removed a couple of blowdowns on my adopted trail section. 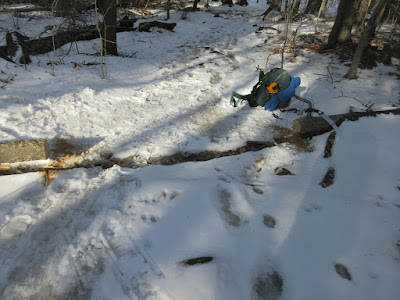 I didn't mess with this leaner - these can be dangerous to remove solo and are best done with at least two maintainers.We'll get it in the spring. 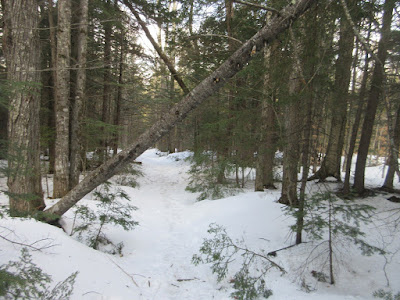