I  took a hike to one of the best viewpoints in the Whites on a crisp fall day with bright foliage in the valleys and 100+ mile views from the summit. The trek to Garfield is 10 miles round trip with 3000 feet of elevation gain, but the gradient is easy to at most moderate except for the final steep rocky scramble at the top.

The first part of the Garfield Trail meanders along a little ridgelet with a fine mixed forest peppered with hemlocks. 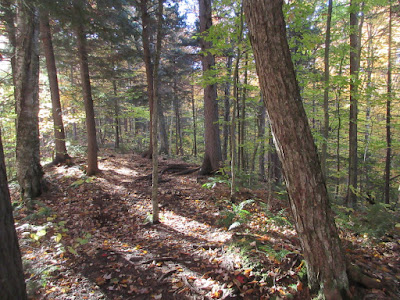 The next long section follows old logging roads and the old tractor road that served the former fire lookout. The vast hardwood forest was displaying its best October glow. 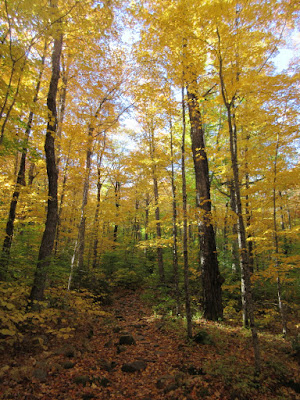 Hikers head up into the birch-dotted forest along the middle section of the trail. 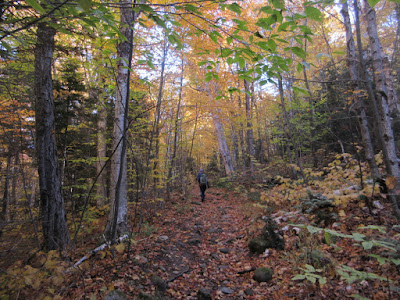 After following several switchbacks up through coniferous forest, I navigated across to Garfield Pond along the route of the old Garfield Pond Cutoff, which was abandoned in the early 1970s when the Garfield Pond Shelter was removed. The trail can still be followed by experienced hikers, but it is very wet at the pond end and not recommended. It could provide a useful shortcut for search-and-rescue incidents on Garfield Ridge Trail west of Mount Garfield. From the north shore of the pond, Mount Lafayette's crest can be seen above the trees. 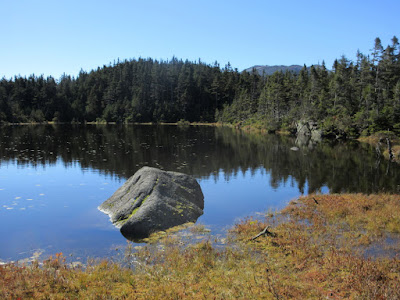 The view of the pond from the south shore, at the end of a short side path off the Garfield Ridge Trail. 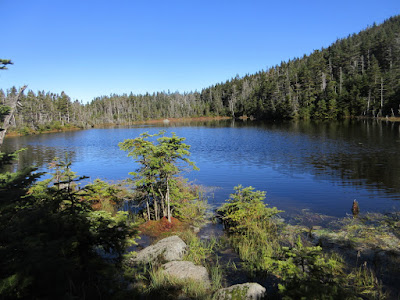 A steep spot heading up towards Mount Garfield. 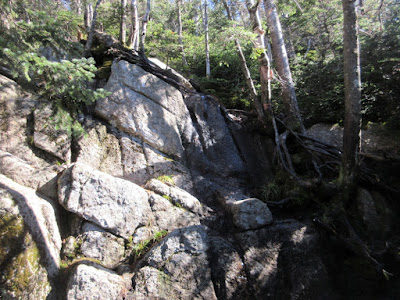 The Franconia Range viewed through a fir wave. 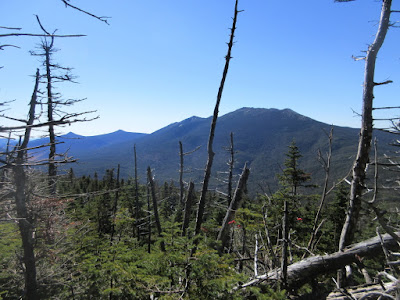 The first view south into the Pemigewasset Wilderness near the summit, from the western ledges. 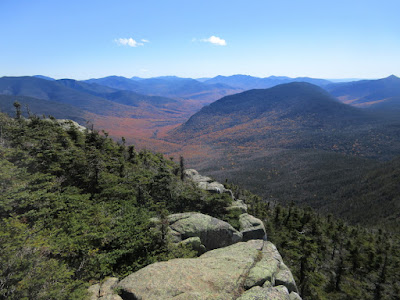 The Franconia Range beyond the tangled southern spur of Mount Garfield. I once bushwhacked out to a view ledge at the end of that spur through some of the thickest woods I've ever encountered. 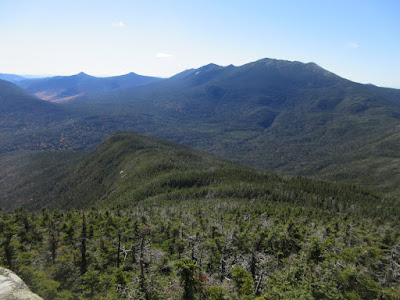 The Green Mountains were sharp on this crystal-clear day. Mounts Abraham and Ellen are seen center-left behind the Signal Mountain Range. Camel's Hump is on the far right. 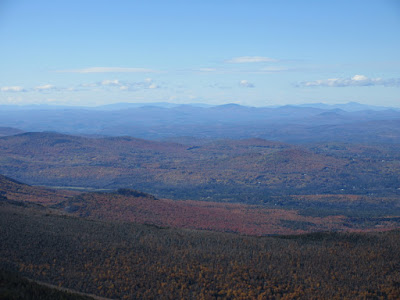 The Worcester Range and Mount Mansfield on the horizon. Big Bickford and Scarface Mountains are seen in the foreground. 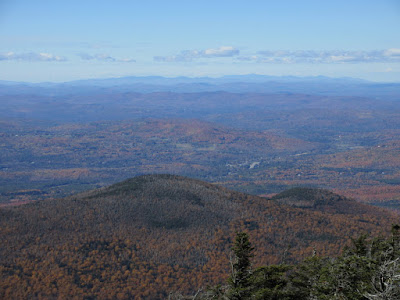 The summit and the foundation for the old fire lookout station. 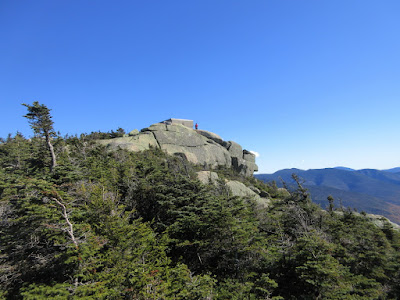 Looking northeast to the Pilot and Pliny Ranges beyond Cherry Mountain and the village of Twin Mountain. 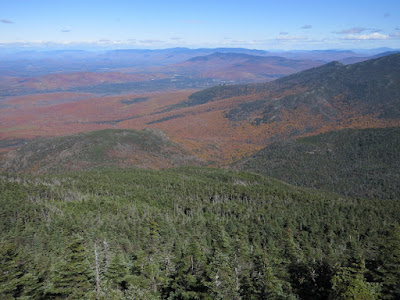 North and South Twin with the Presidentials beyond.

South Twin, Galehead and the Bonds with their long ridges trailing off into the Pemi. 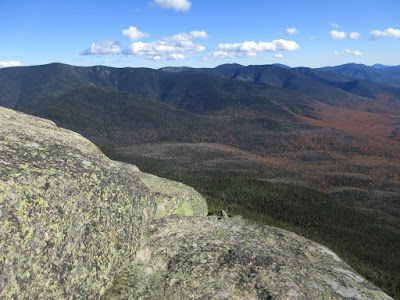 The vast upper basin of Franconia Brook, with the hulk of Owl's Head presiding on the right. 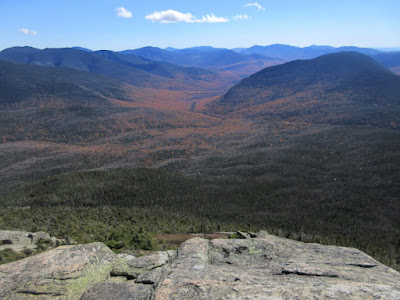 The Hancocks, Hitchcocks and Sandwich Range off to the south. 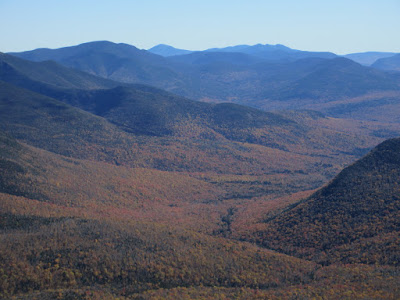 Folds of foliage down in the valley. 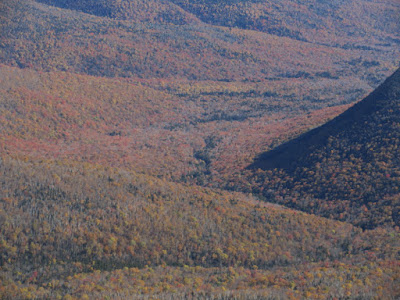 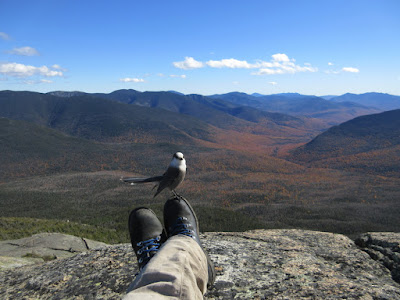 The wrinkled face of Mount Guyot. 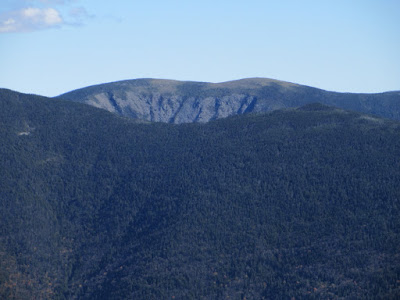 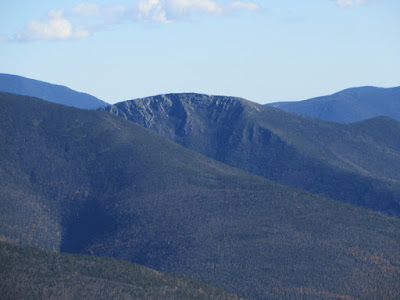 Late in the day, a lone hiker takes in the view of the Pemi. 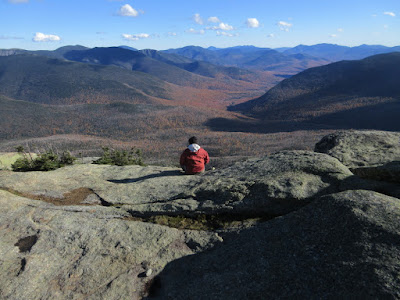 The steep, shady trail section dropping off the summit to the east was icy, heralding the start of traction season. 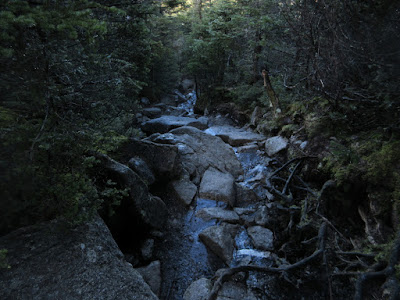 Late day sun along one of the switchbacks on the Garfield Trail. 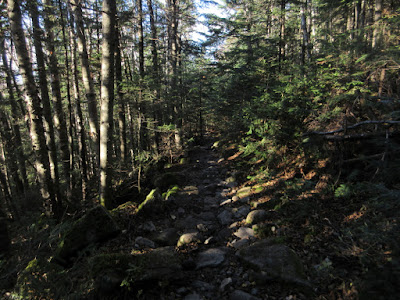 Maples glowing in the last rays of the sun. 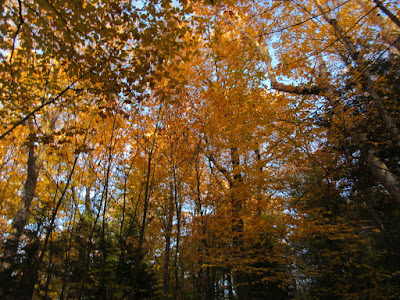