On a chilly late October day I did a fall trail work trip with stalwart helper Dave Stinson on the Passaconaway Cutoff, the adopted trail of the AMC Four Thousand Footer Committee. After finishing the drainage cleaning on the upper part of the trail, I made the roly-poly side trip to the summit of nearby Square Ledge for some crystal-clear views.

It was 19 degrees when we set out on the Oliverian Brook Trail, but by the time we came to this nice hardwood section on the lower half of the Cutoff, it had warmed above freezing. 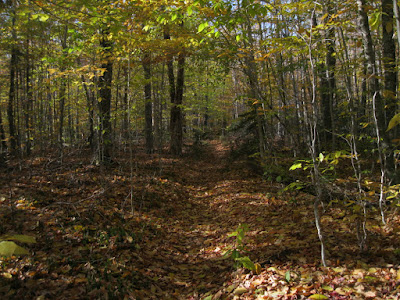 A colorfully clad Dave strolls through some late understory foliage. 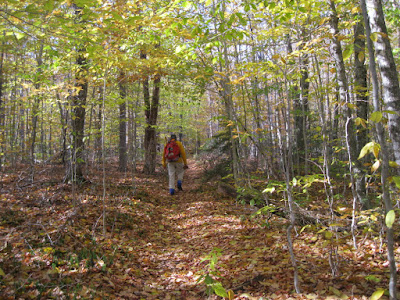 Dave brought along a plastic wedge to help keep our Silky saws from binding. 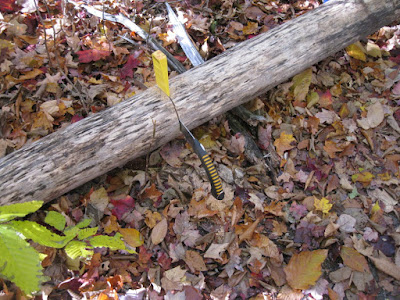 Dave takes a break after we finished removing this blowdown. 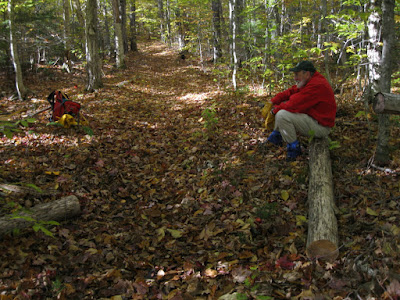 The west branch of Oliverian Brook, where we always stop for a break. This marks the point where the gentler lower section of the Cutoff gives way to the steeper upper section. After a rest here, Dave headed back down to finish clearing the lower waterbars and take out some blowdowns we had passed by both on the Cutoff and the Oliverian Brook Trail, while I continued up to clear the drainages and blowdowns on the upper Cutoff. 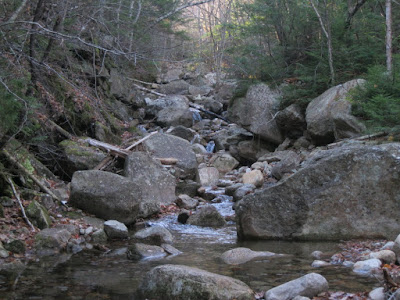 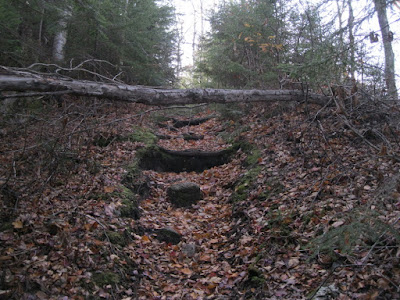 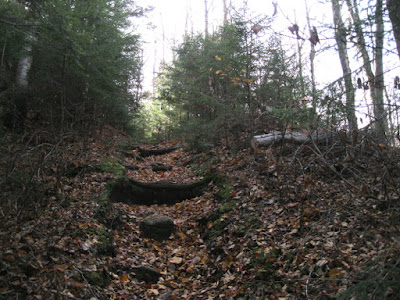 Top o' the trail, at the junction with Square Ledge Trail. 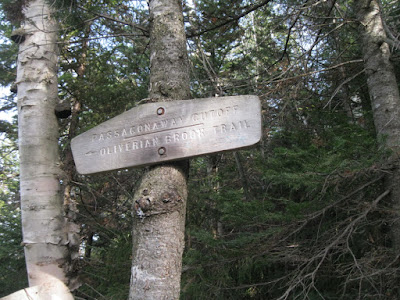 Axe work by the Wonalancet Out Door Club along the Square Ledge Trail. 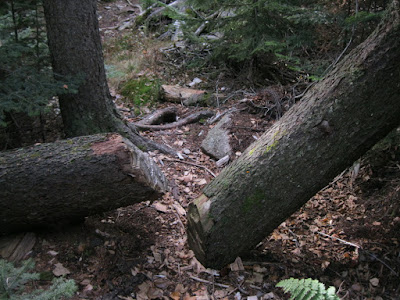 One of several cliff faces along the Square Ledge Trail. That is some wild country out there. 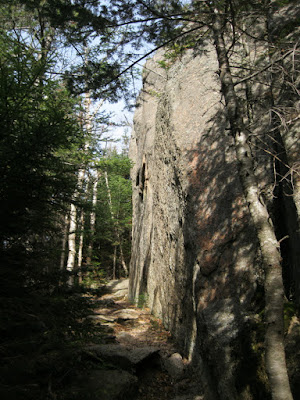 Mount Passaconaway from the "white ledge" viewpoint near the summit of Square Ledge, reached by an overgrown side path that ends abruptly at the edge of a cliff (caution advised). 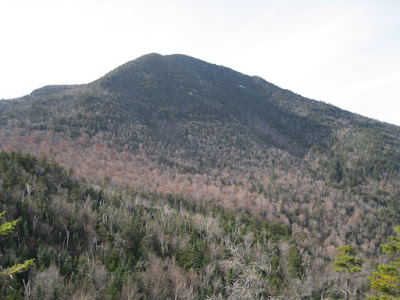 From here there is also a good view north to Hancock, Carrigain and Green's Cliff, with South Twin, Guyot and Zealand in the distance. 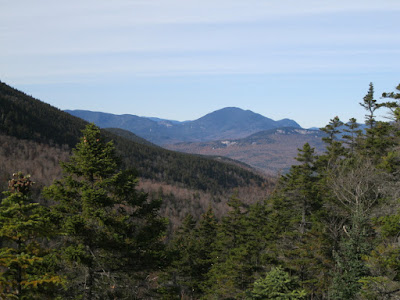 Mount Paugus to the east, where a group of us had hiked three days earlier. 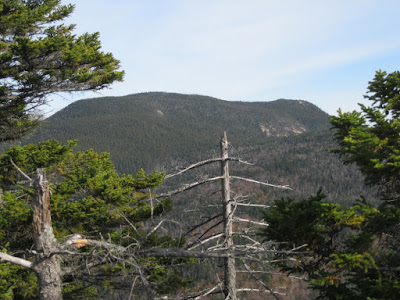 From a lower perch (reached by a short bushwhack), a vista southeast over Paugus Pass. 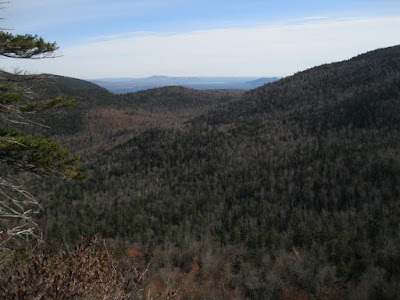 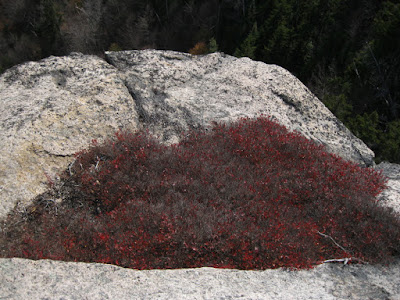 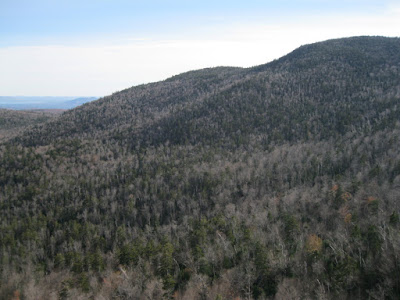 Another angle on Paugus, across the upper Oliverian Brook valley. 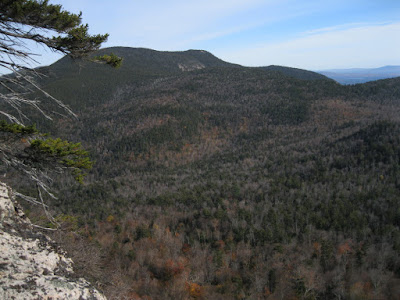 Peering down to the Oliverian headwaters. 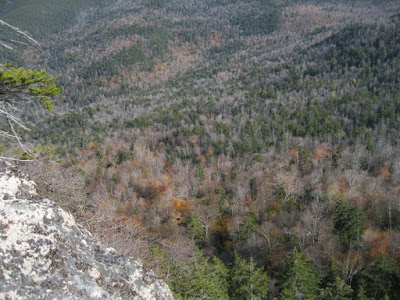 The "white ledge," one of my favorite spots in the Sandwich Range. 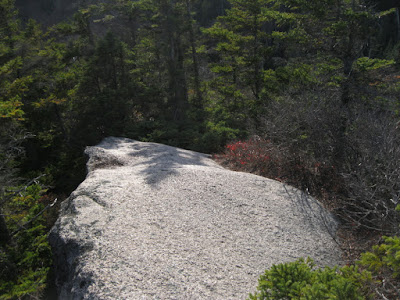