The south ridge of Mt. Moosilauke is a quiet and wild side of the mountain. The lightly-used Hurricane Trail, built in 1935 by the Dartmouth Outing Club to link Glencliff with the Ravine Lodge,  runs over the ridge just north of the nubby little summit of Hurricane Mountain (3015 ft.). From there south to Chokecherry Hill (2971 ft.) and Bald Hill (2397 ft.) the ridge is trailless. Over the last year I've enjoyed several explorations in this area.

For the hike on this drab November day I wanted to link the summits of Hurricane and Chokecherry with a bushwhack along the ridge, a trek done previously by several bushwhacking friends but new to me. I started at beautiful Breezy Point, a strong contender for title of most scenic trailhead in the White Mountains with views of Mt. Kineo and Carr Mountain from its expansive fields. 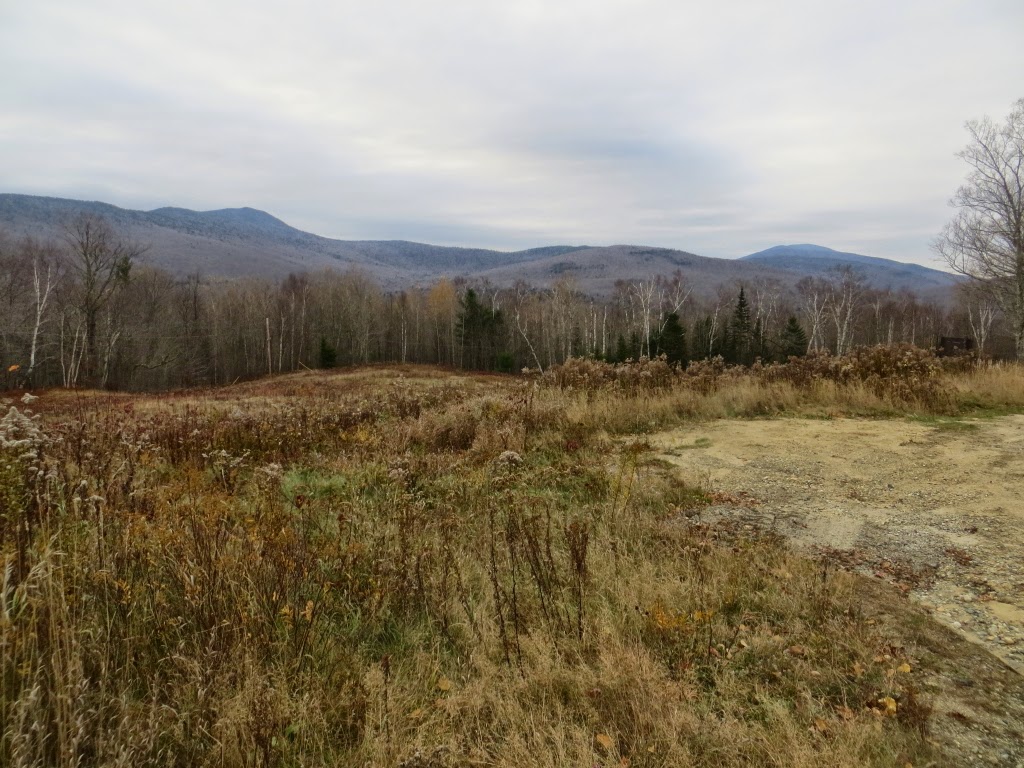 At the trailhead was a note posted about George, a Norwegian Elkhound who had become lost on Gorge Brook Trail two days earlier. Happily, at the end of today's hike I found a note from a friend on my car with the good news that George had been found at the Ravine Lodge that morning. 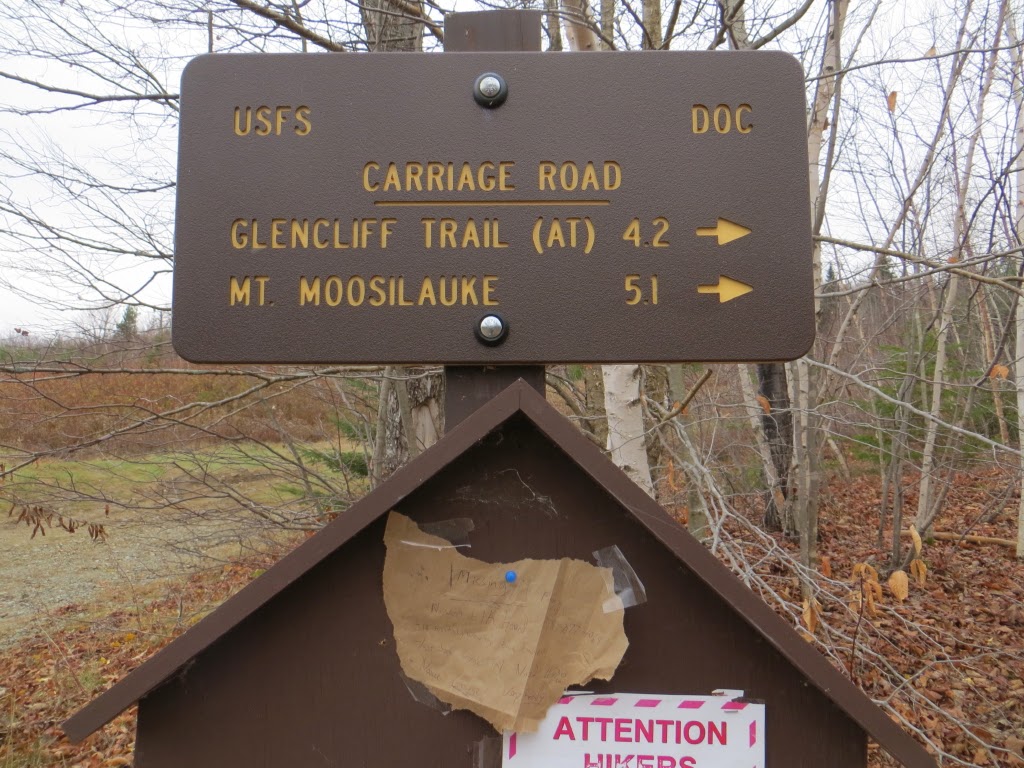 It looked like some illegal four-wheeling had been taking place on the lower Carriage Road. 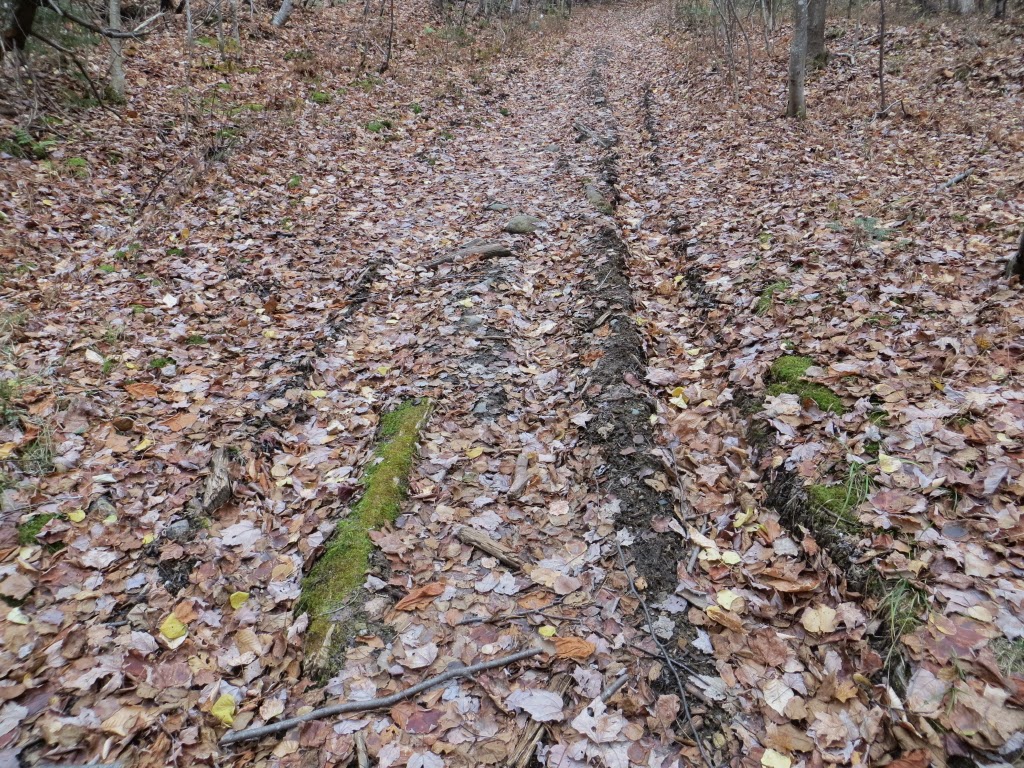 Definitely the look of November along the Carriage Road. 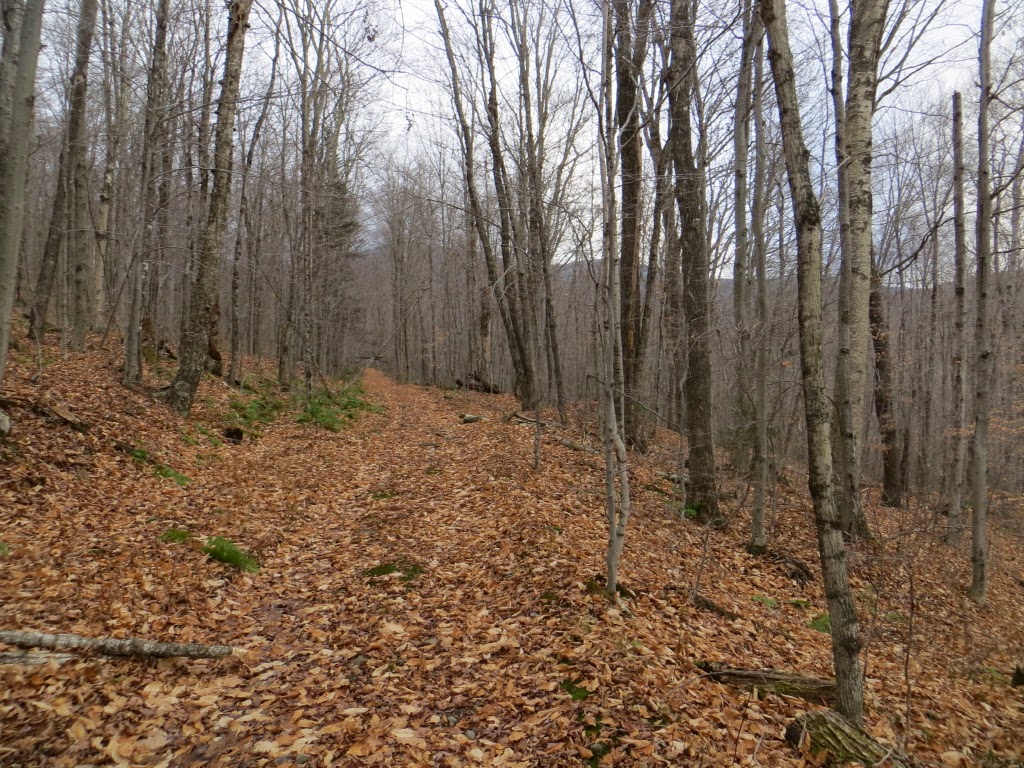 I turned left onto the Hurricane Trail at its lower junction with the Carriage Road. 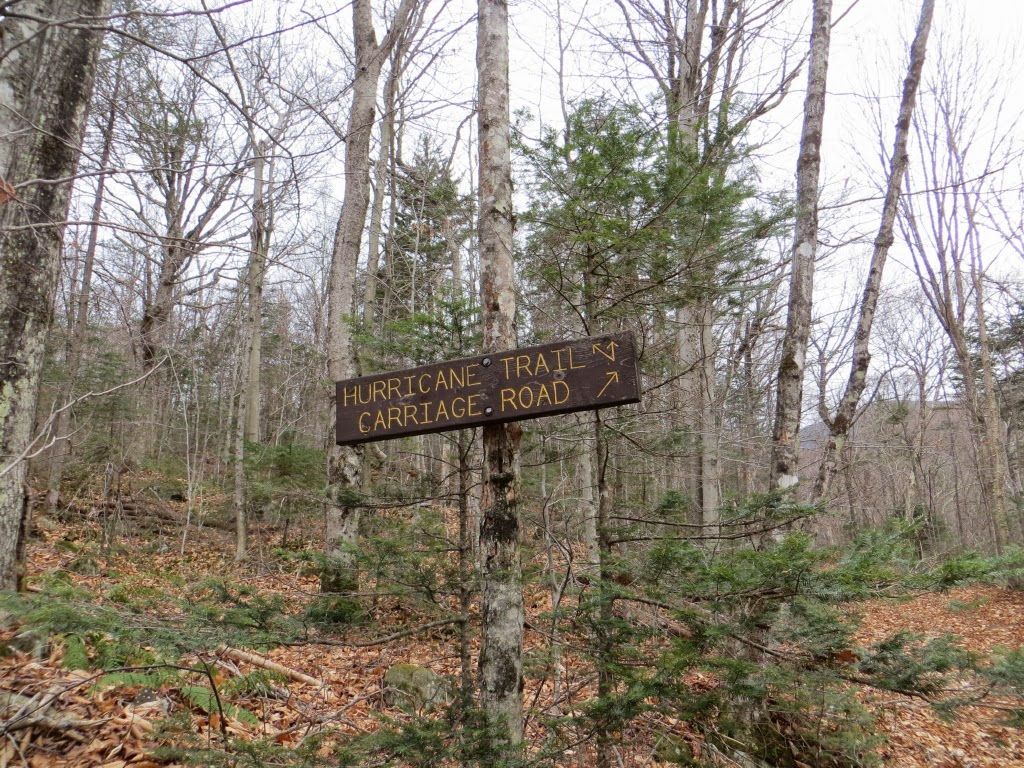 I haven't been able to figure out what this artifact is at what I believe to be the site of Camp 1 of the William R. Park, Jr. logging operation in the late 1890s and early 1900s. This is located at a clearing where the Hurricane Trail turns left not far up from the Carriage Road. 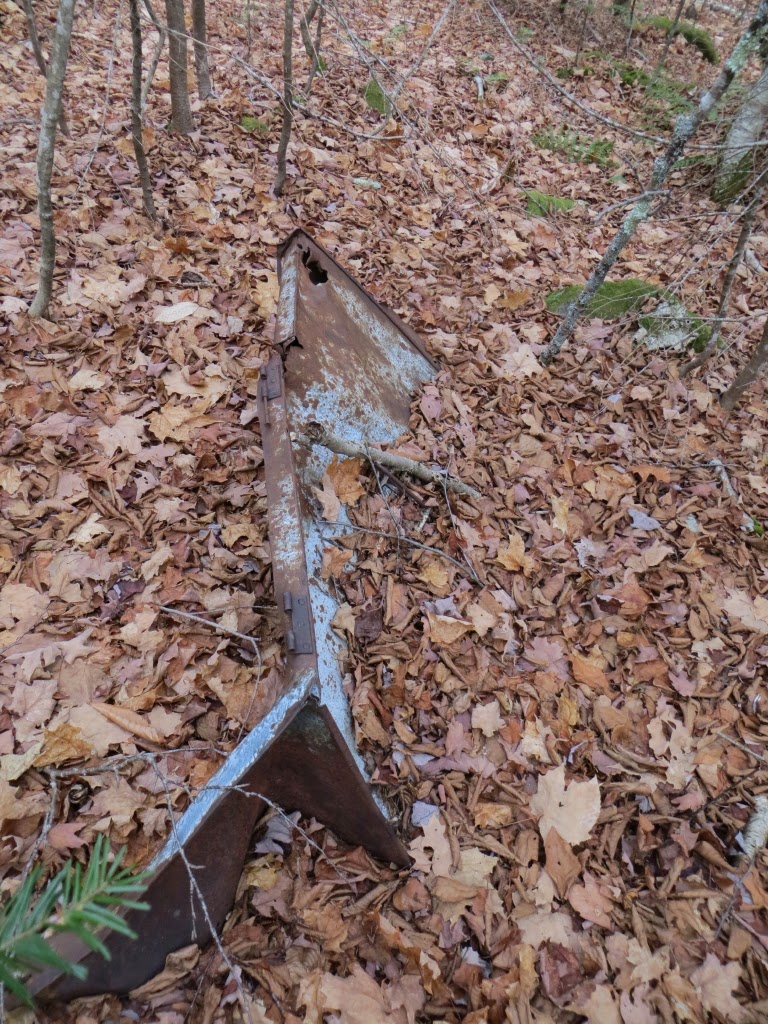 I made a short bushwhack diversion for a break alongside Big Brook. 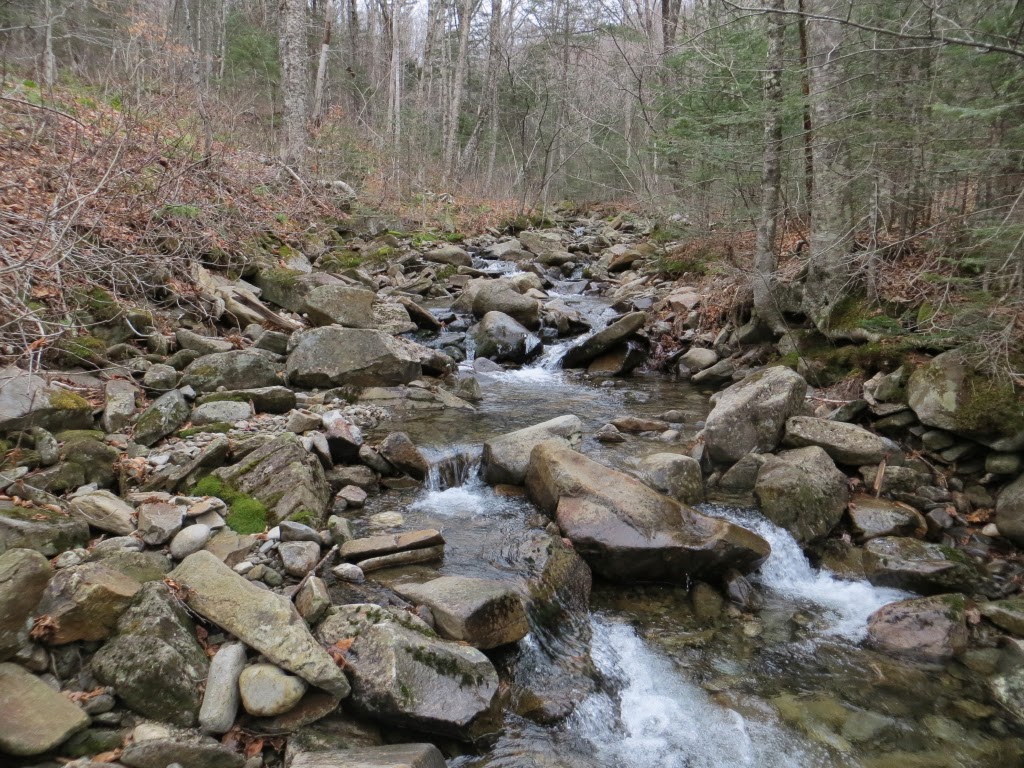 An attractive section of the Hurricane Trail. There are some wet and eroded sections, but also some very pleasant stretches. It may be getting some attention from the DOC trail crew in 2015. 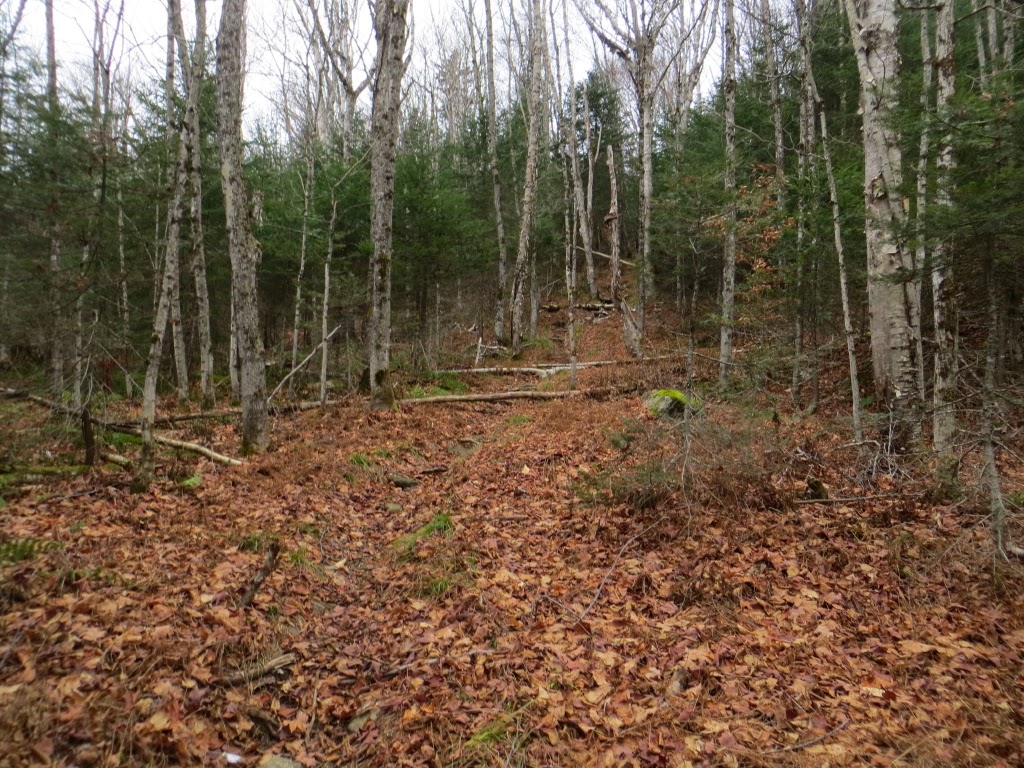 A rustic bridge for a crossing over aptly-named Little Brook. 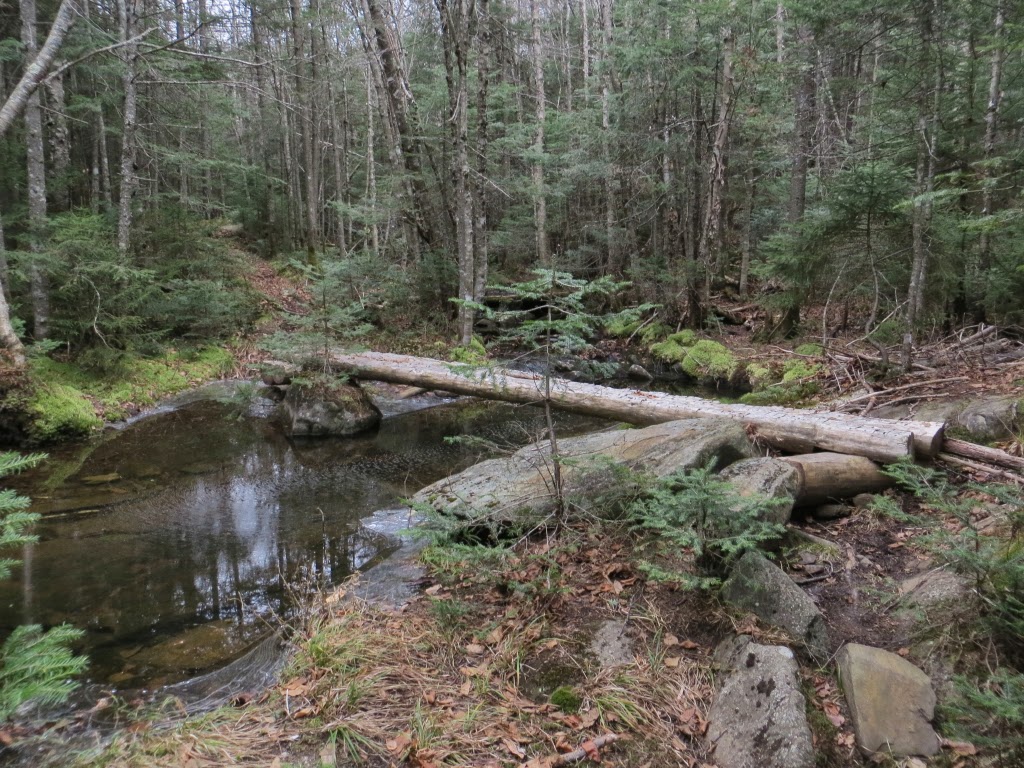 Where the trail levels out on the broad height-of-land, it becomes wild and mossy. 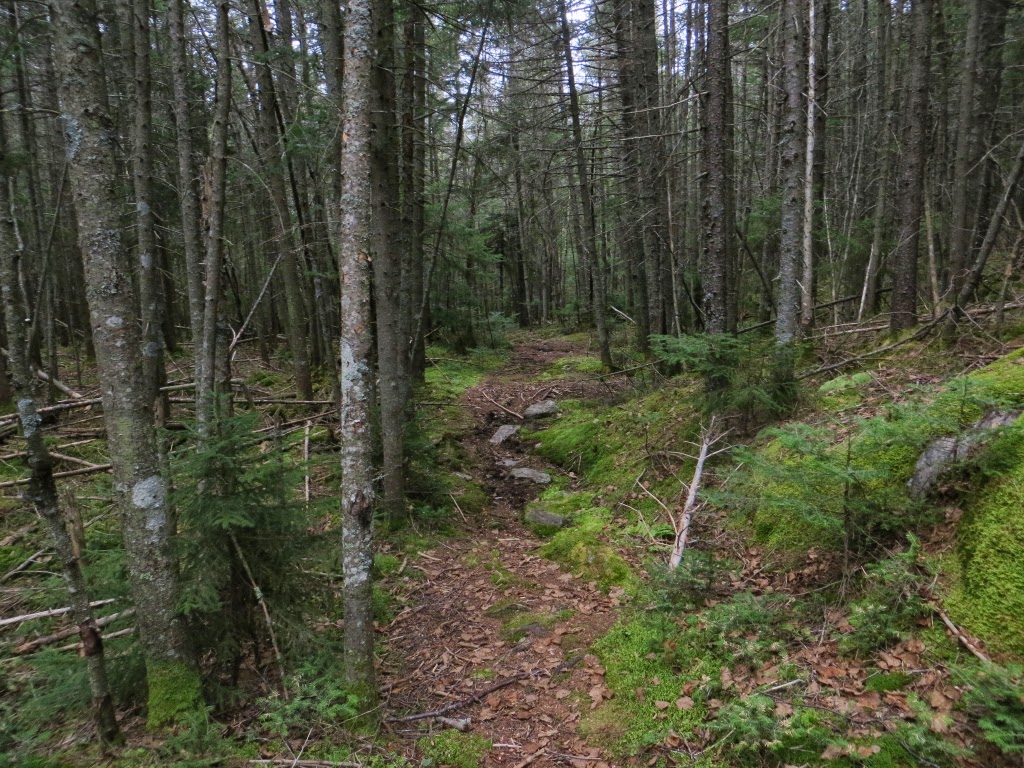 I started the bushwhack with a visit to a familiar ledge 100 yards off the trail with a humble southward view. 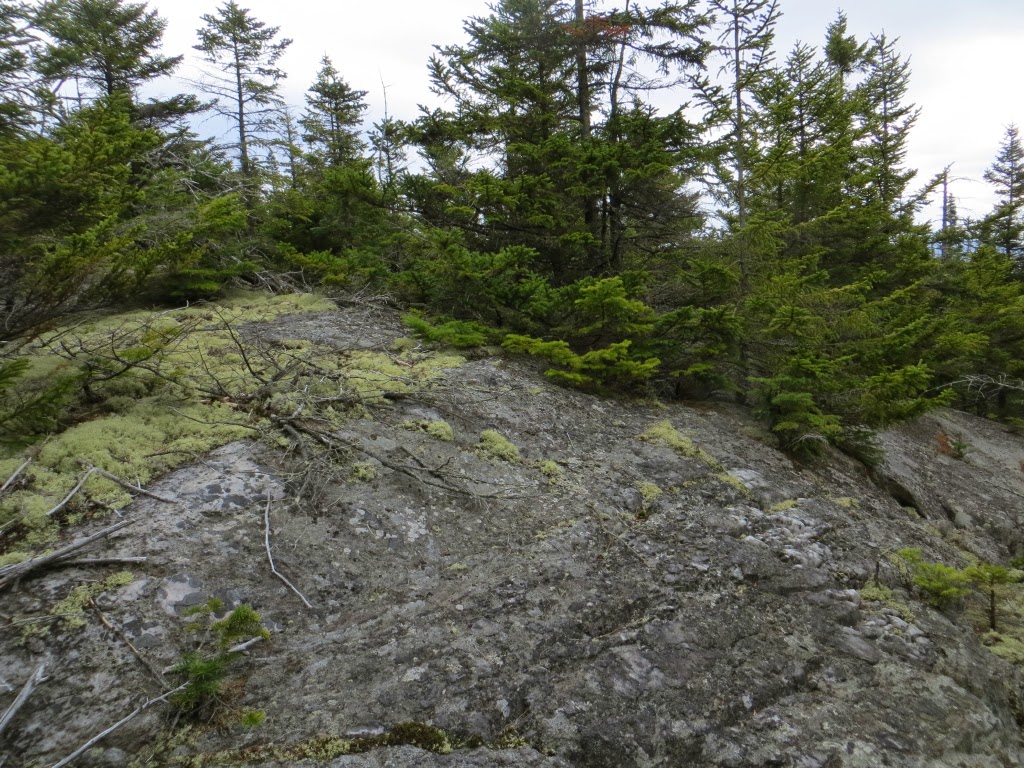 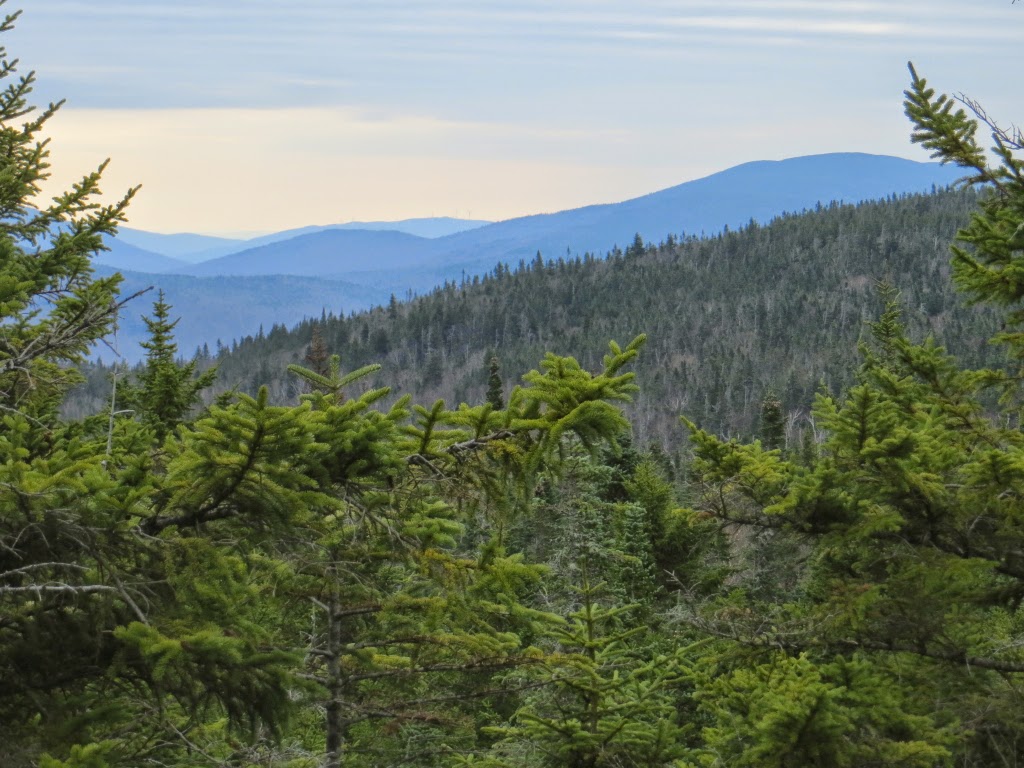 Then I whacked up to the tangled little nub that is the summit of Hurricane Mountain. 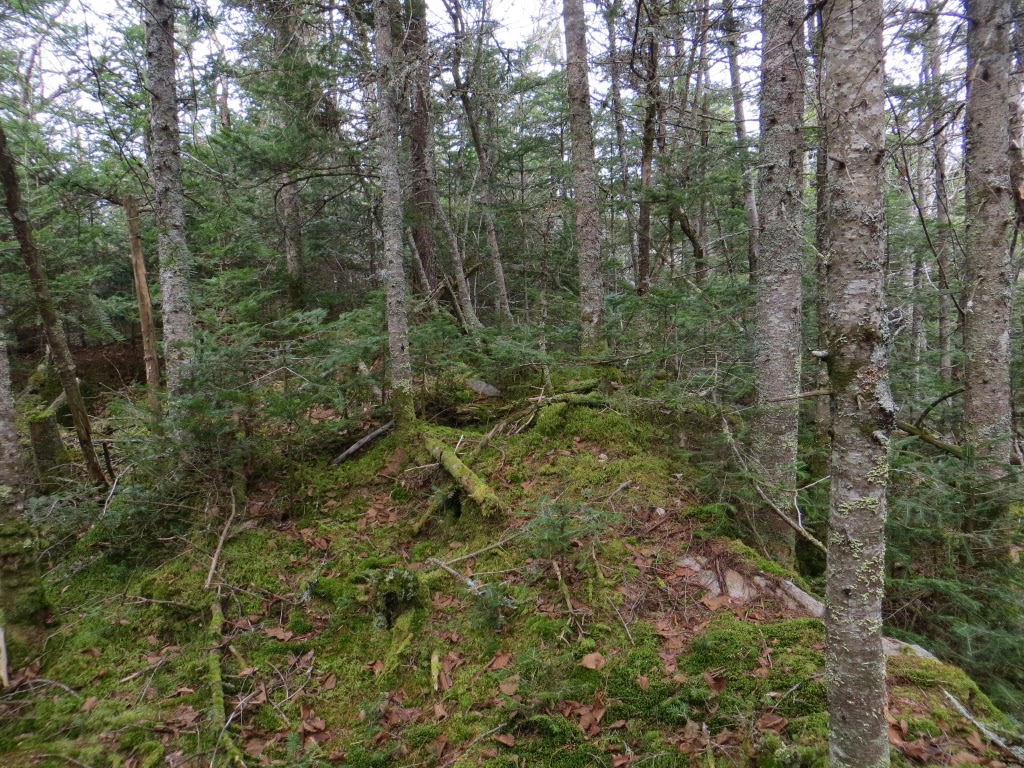 After some initial thickness, the woods heading south along the ridge were generally pretty open. On the advice of a fellow bushwhacker, I stayed mostly on the east side for the best going. 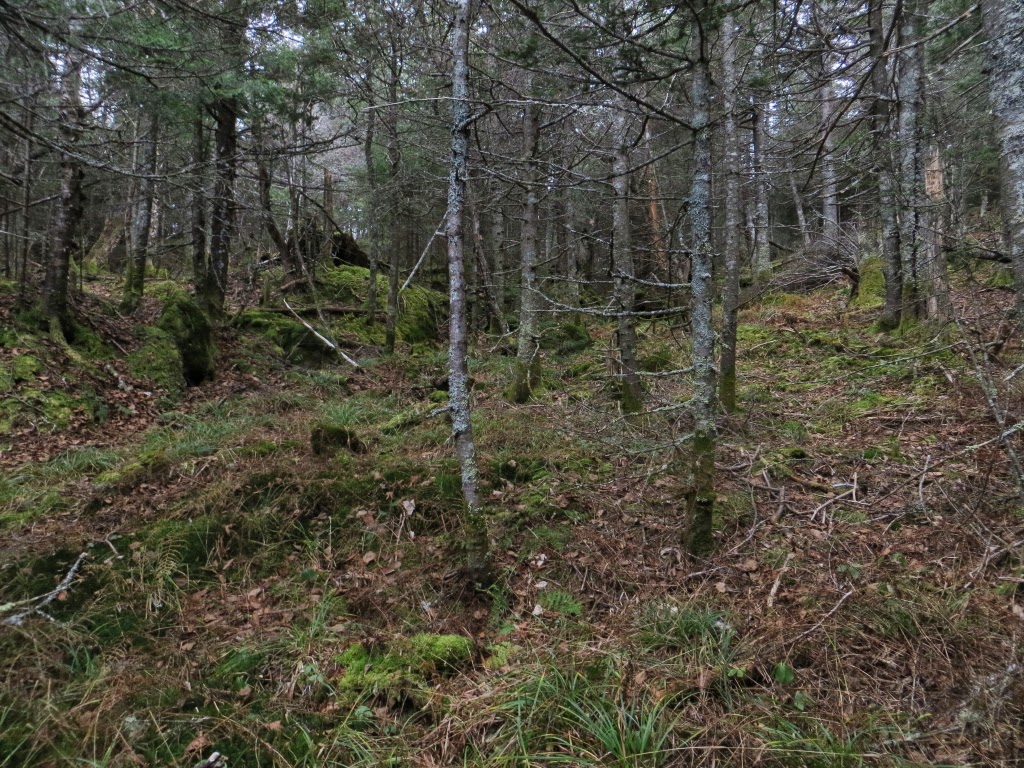 I found this more recent "artifact" along the way. This one I did remove from the forest. 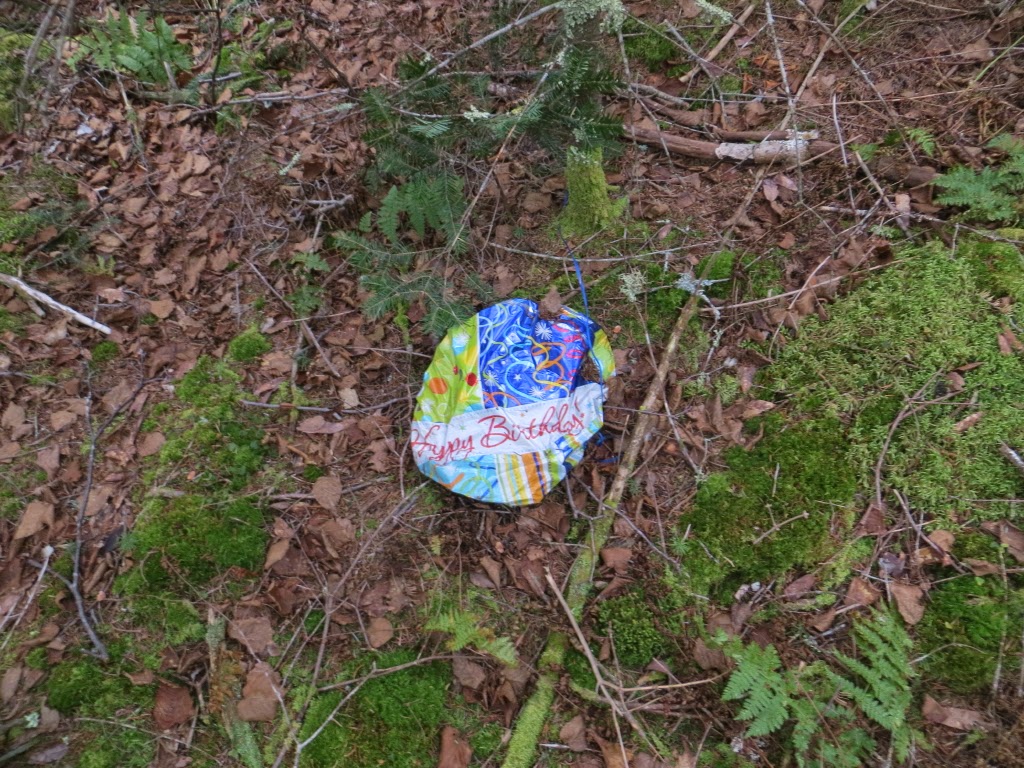 A nice open glade area on the approach to Chokecherry Hill. 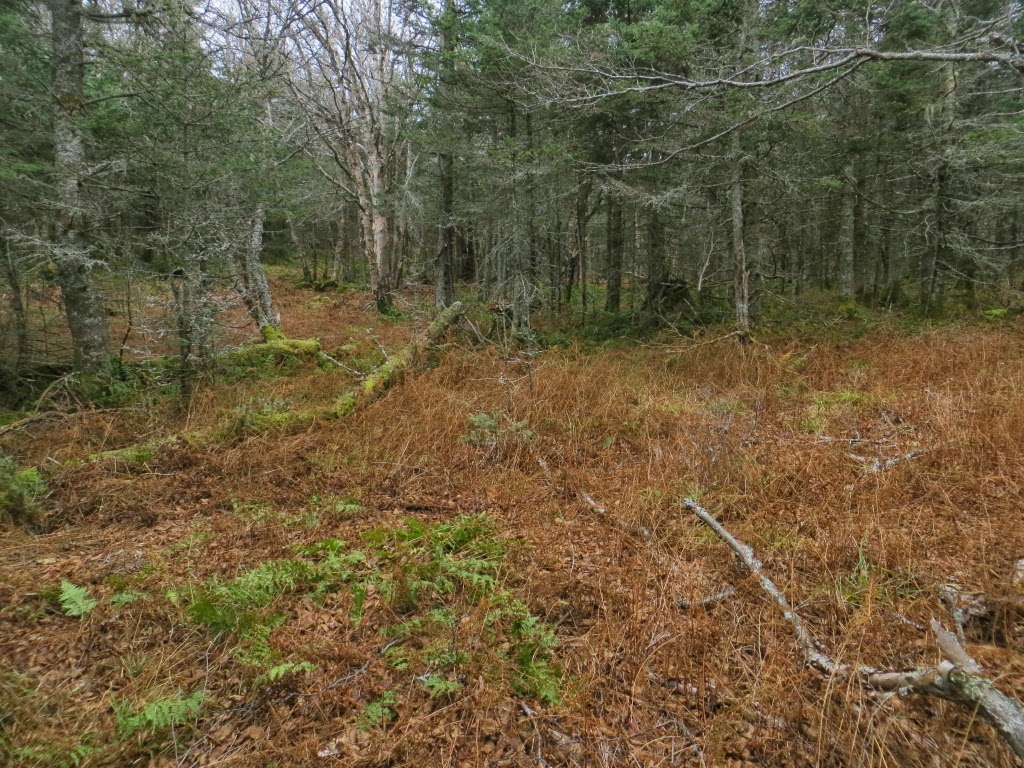 As I remembered from a visit here exactly one year earlier with John "1HappyHiker" Compton (in which we approached from the south via Bald Hill), the summit of Chokecherry was choked with blowdown. 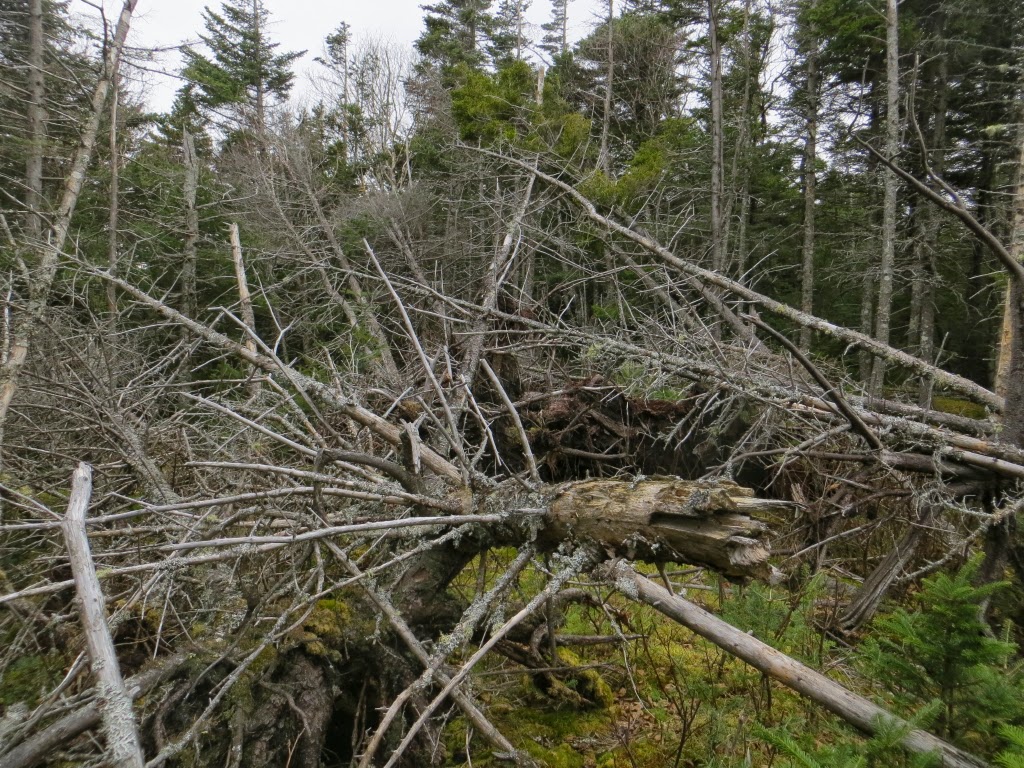 A fir graveyard on the shoulder south of the summit. 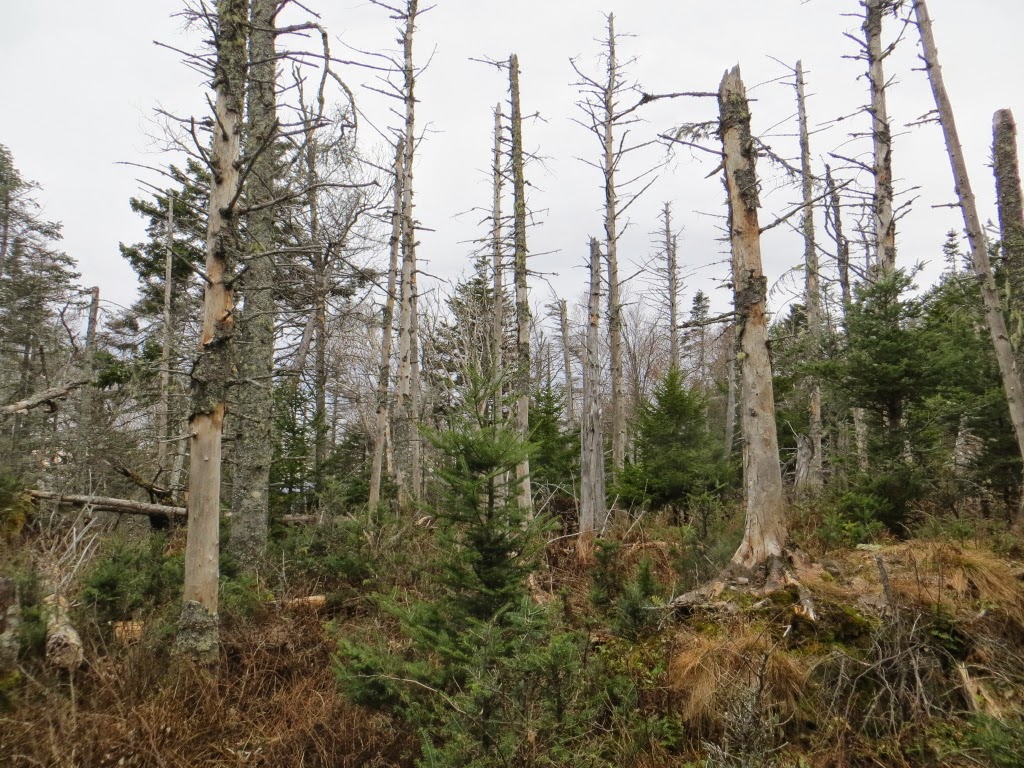 One of the incentives for a revisit of Chokecherry was the chance to return to hardwood heaven on the hill's south slope, starting at an unusually high elevation of 2800 ft. 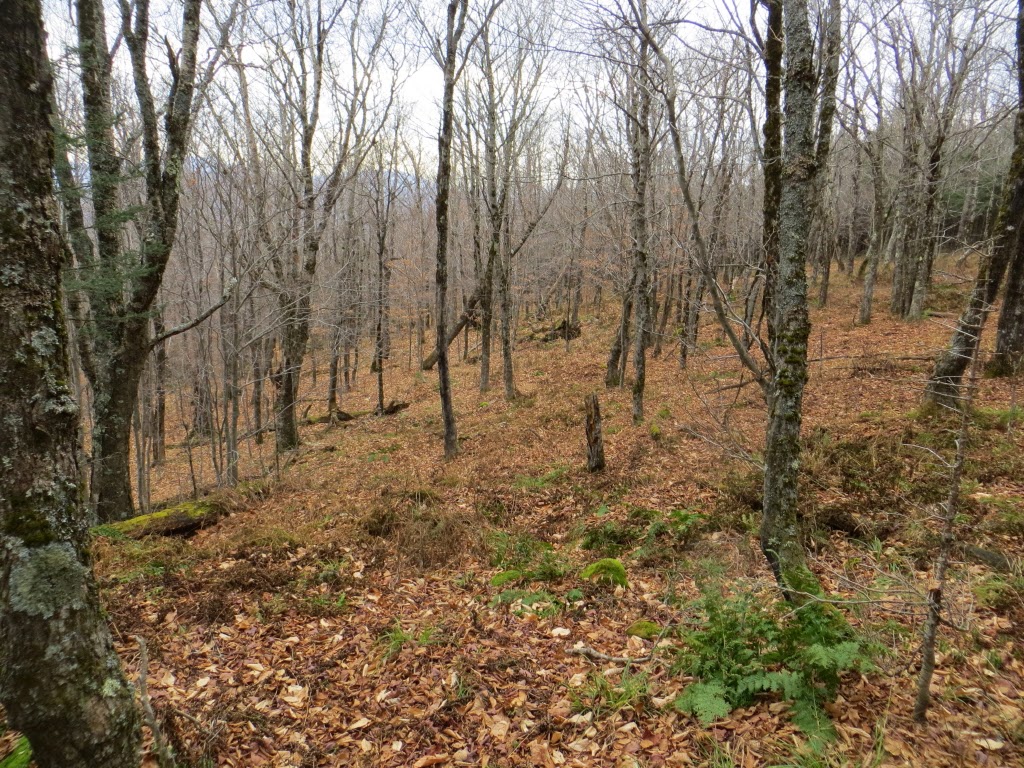 A yellow birch bending over backwards. 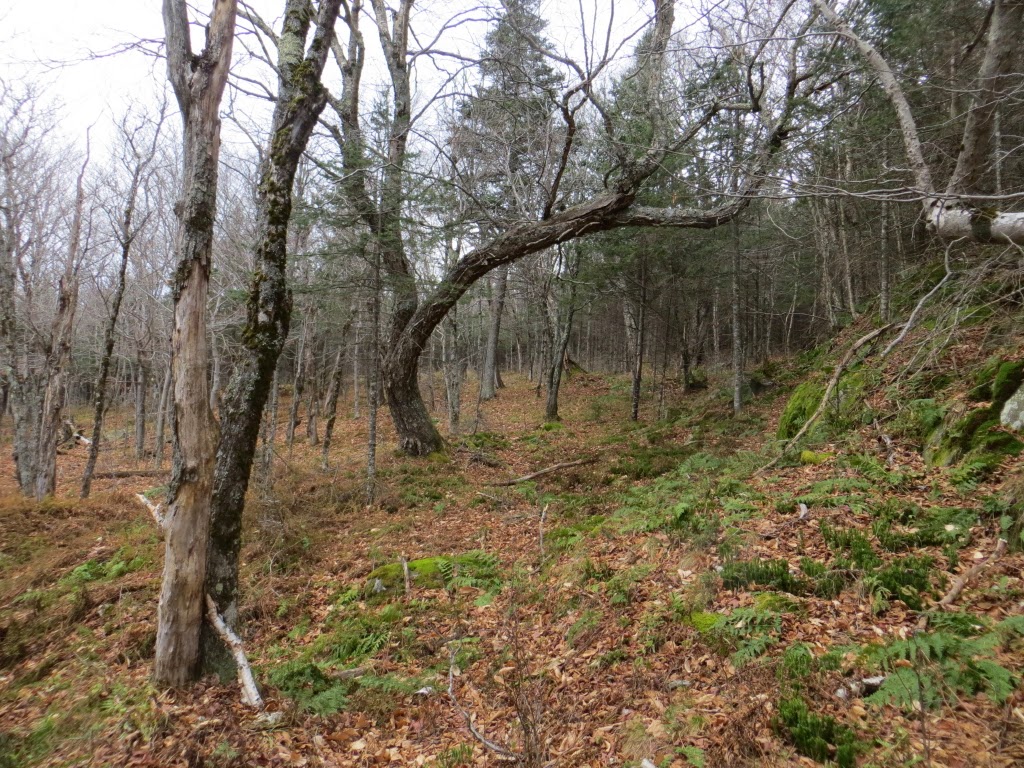 Grizzled veterans of many harsh winters. 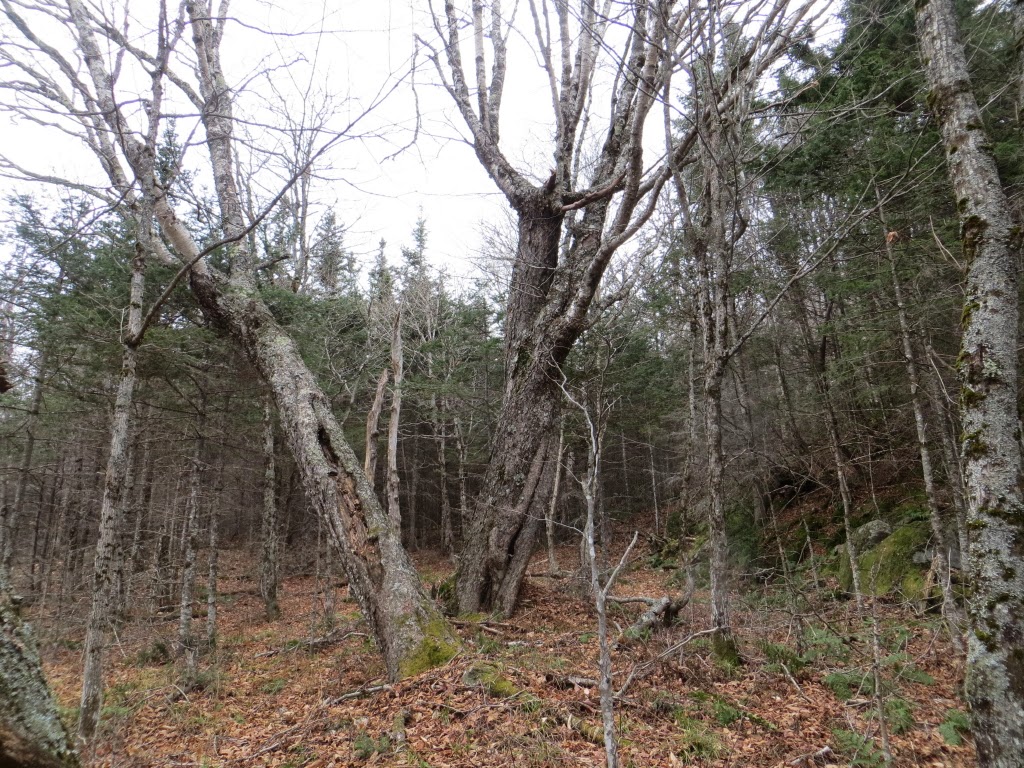 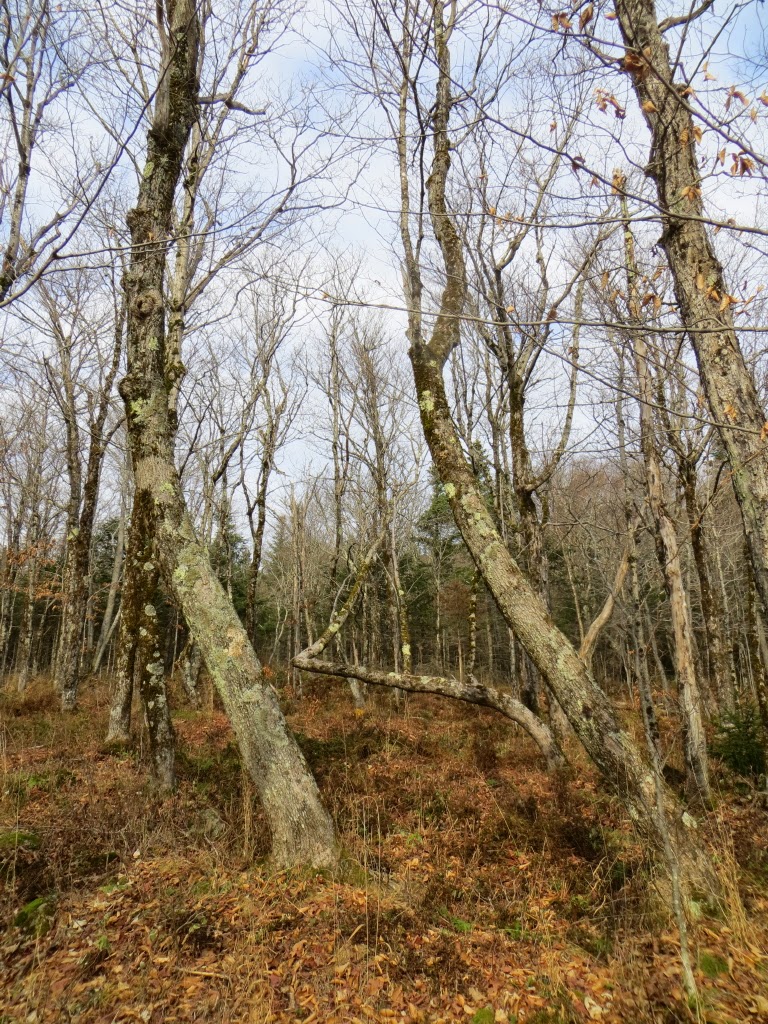 Here I took the longest break of the day, and enjoyed a rare spot of sun. 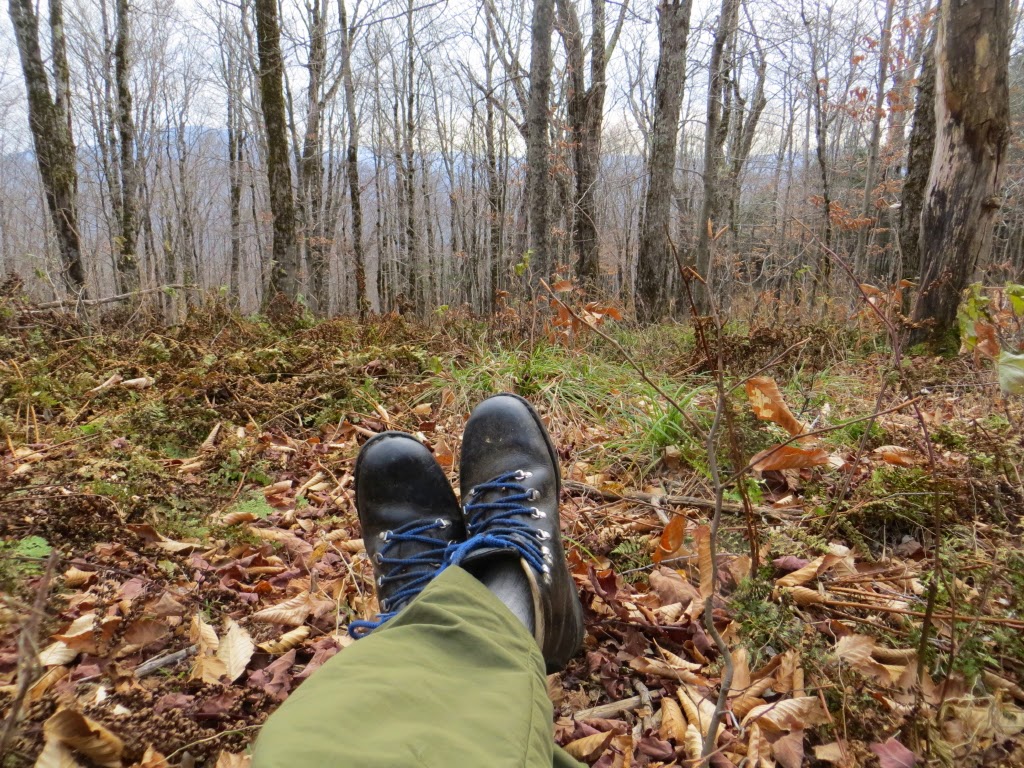 Bushwhacking doesn't get any better than this. These are Catskill-quality hardwoods. 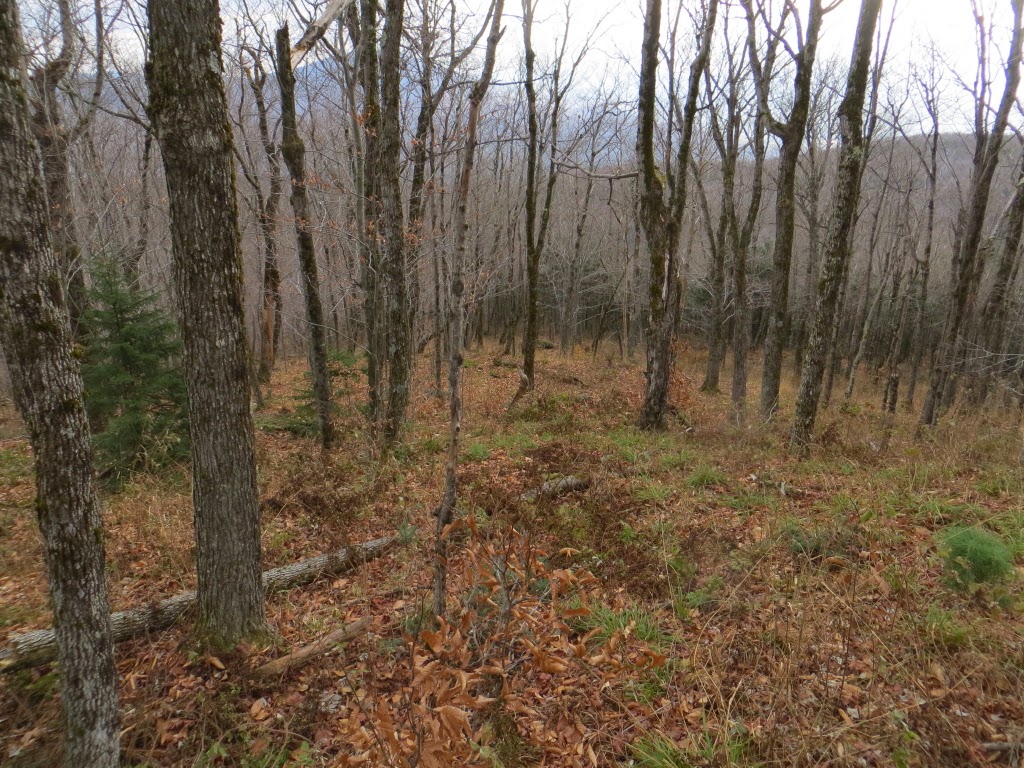 A peek at Carr Mountain. 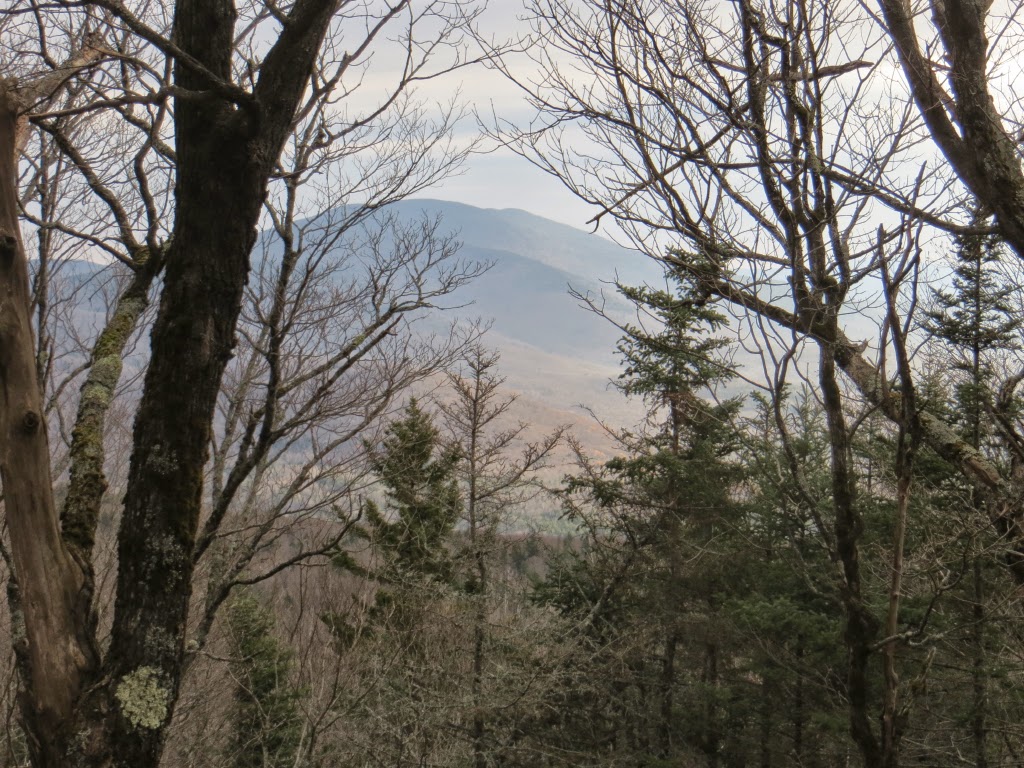 Down at the base of Chokecherry Hill, by the beaver pond at the head of Merrill Brook, are the remnants of a ramshackle lean-to. 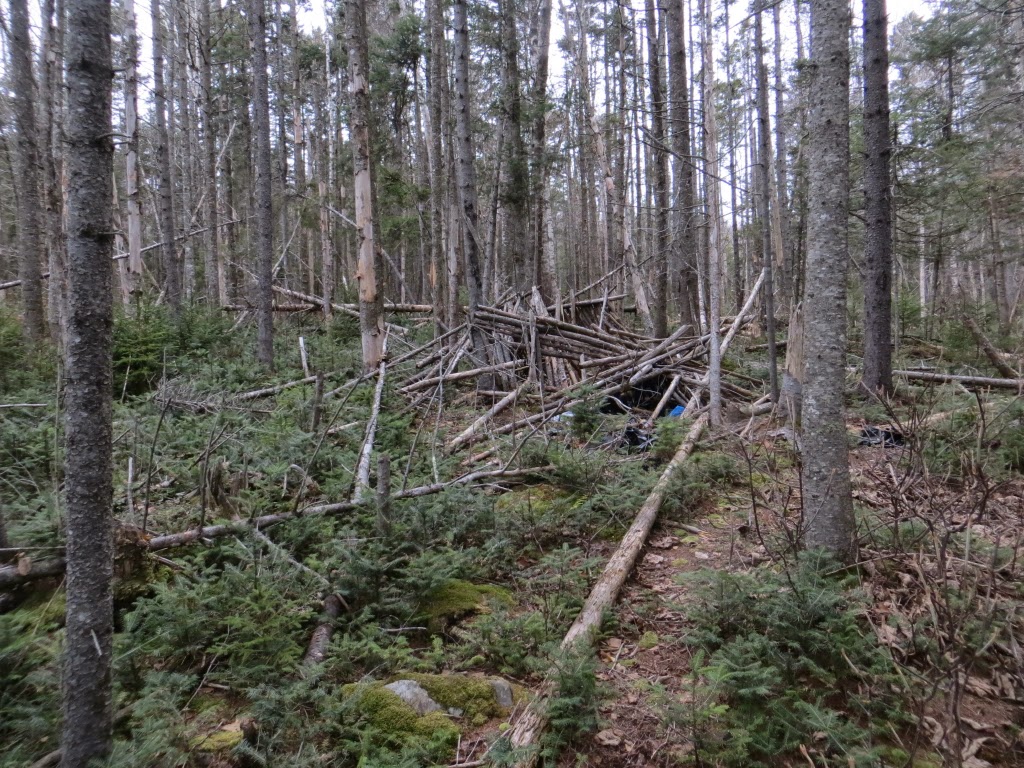 A leftover relic from the lean-to. 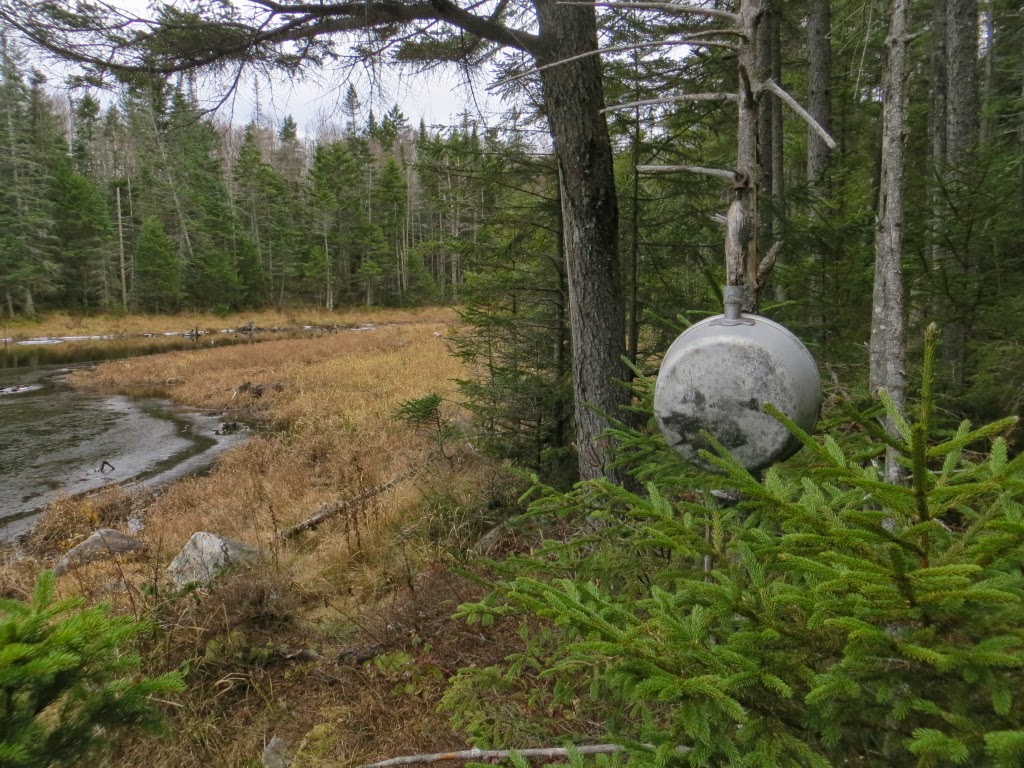 Looking back at Chokecherry Hill rising above the beaver pond. 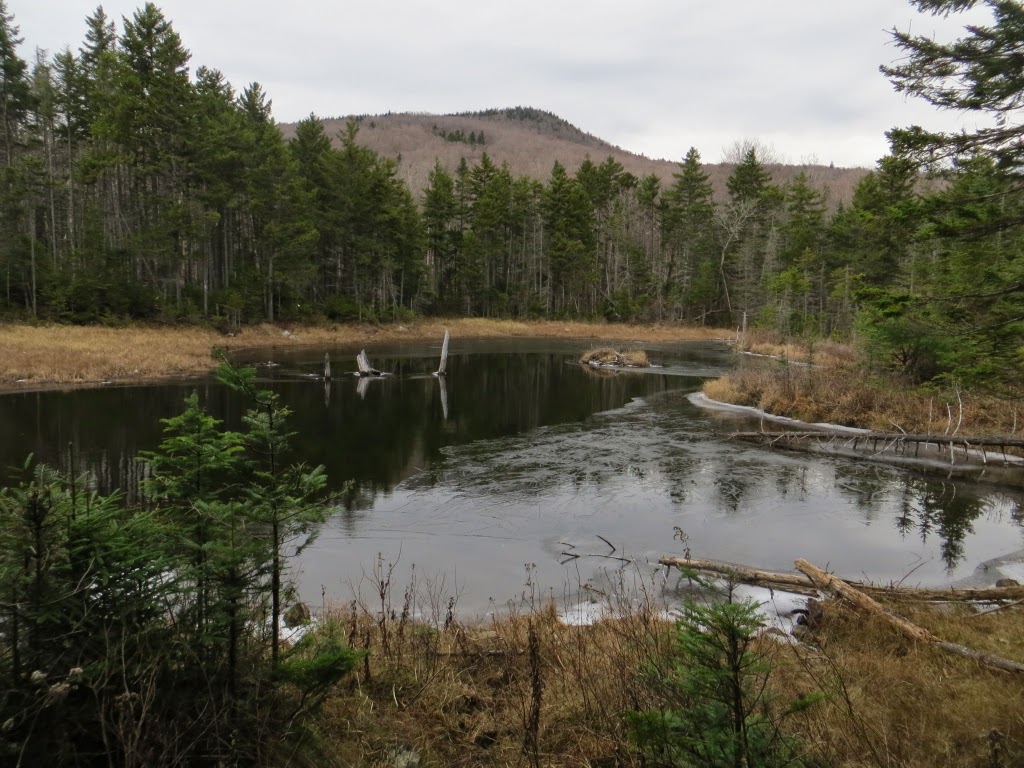 A beaver meadow just east of the pond. From here I followed an obscure herd path and then an old logging road back down to Breezy Point, completing a leisurely 6-mile loop. 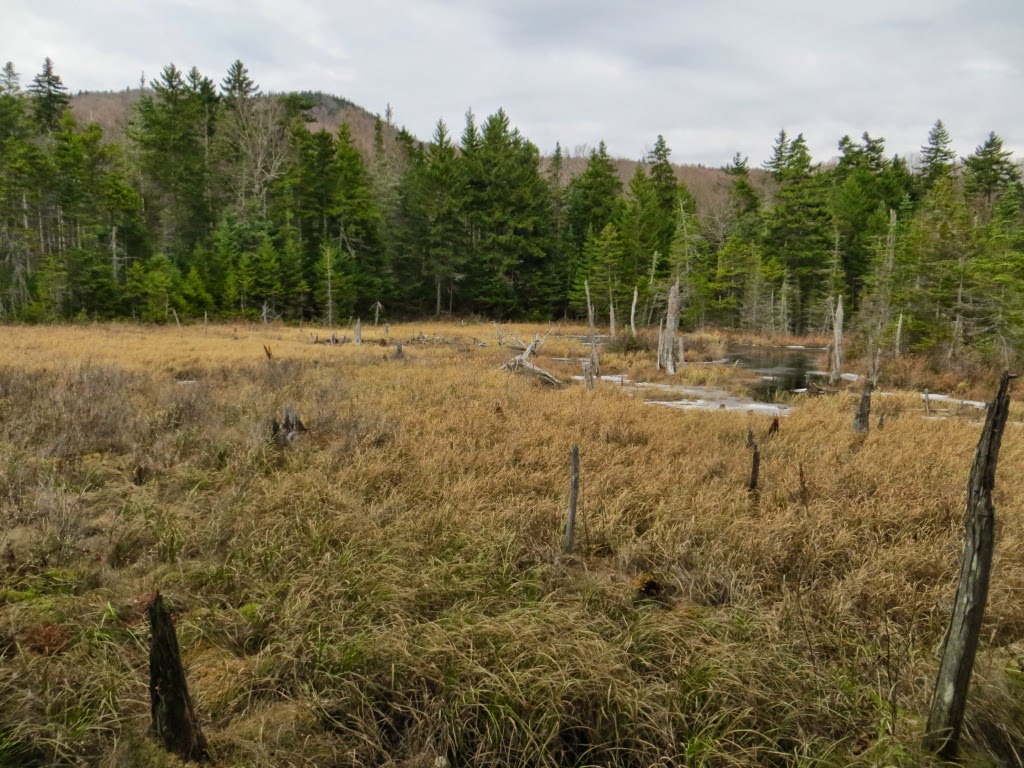