A few years ago I noticed this intriguing pale cliff on a lower spur of Mount Blue, north of Kinsman Notch, from the summit of South Kinsman. Last month I got a closer look at it from an off-trail ledge across the valley, on a spur of Kinsman Ridge. A morning off provided an opportunity to bushwhack up to the top of this cliff and check out the view from its top. 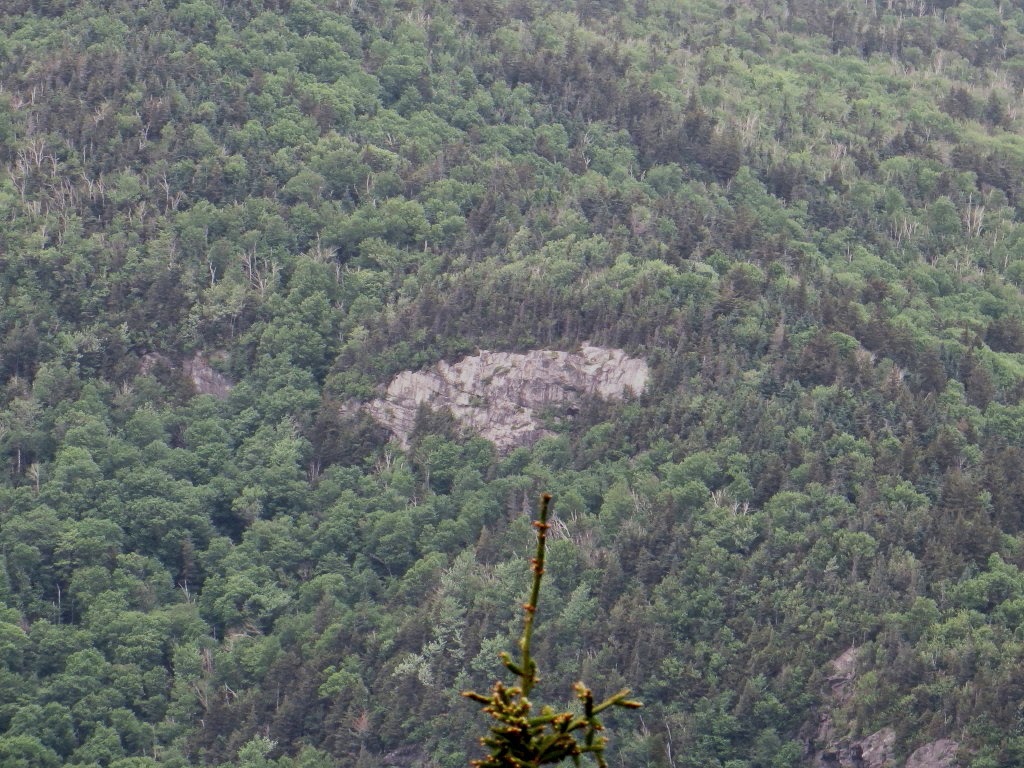 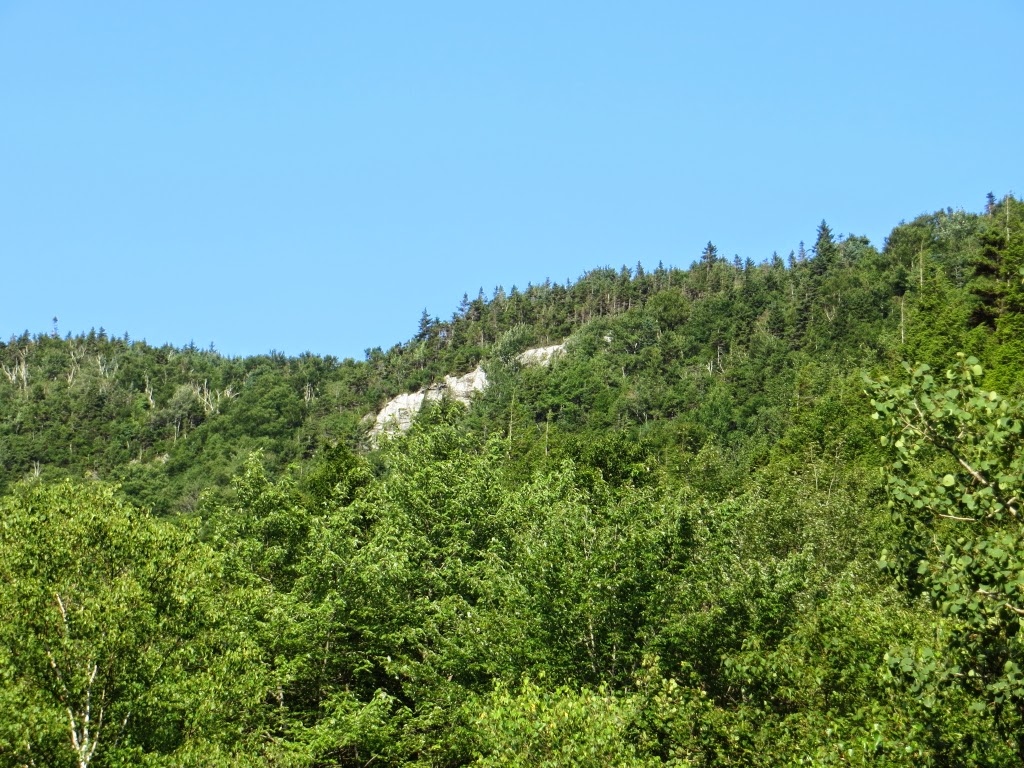 After crossing the Wild Ammonoosuc River and scrambling up a very steep slope, I enjoyed some good hardwood whacking, still steep at times. 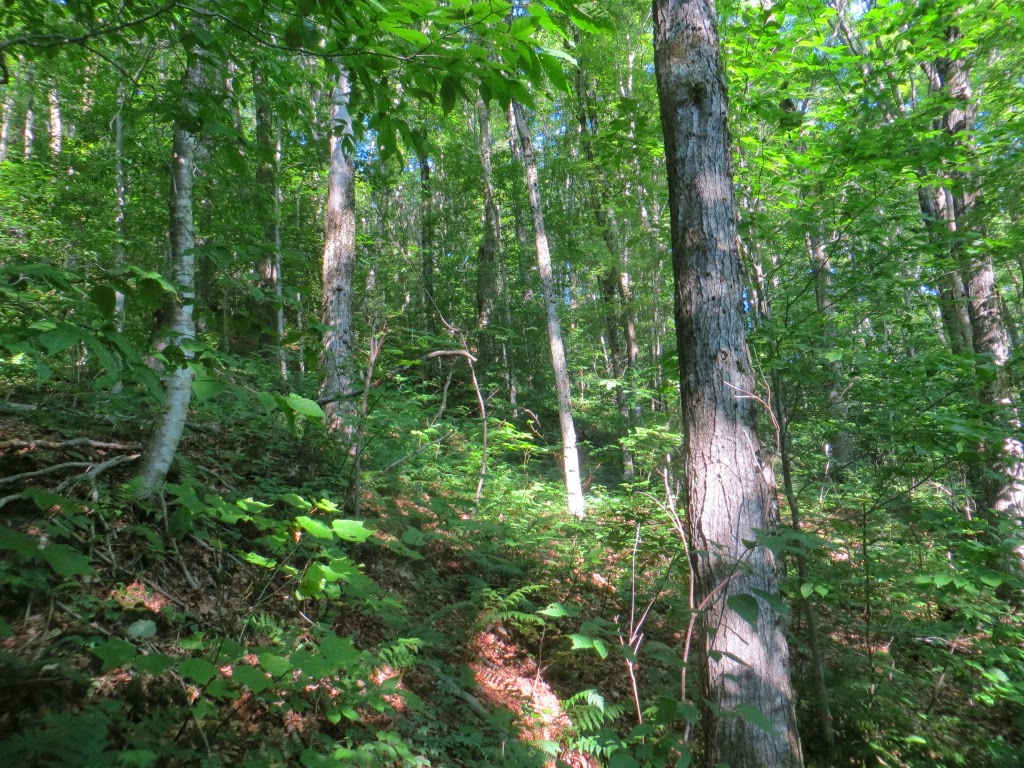 This whack will be considerably less appealing after the slope is logged pretty hard in the WMNF Pemi Northwest project. Lots of "group selection" cuts (i.e. small clearcuts). 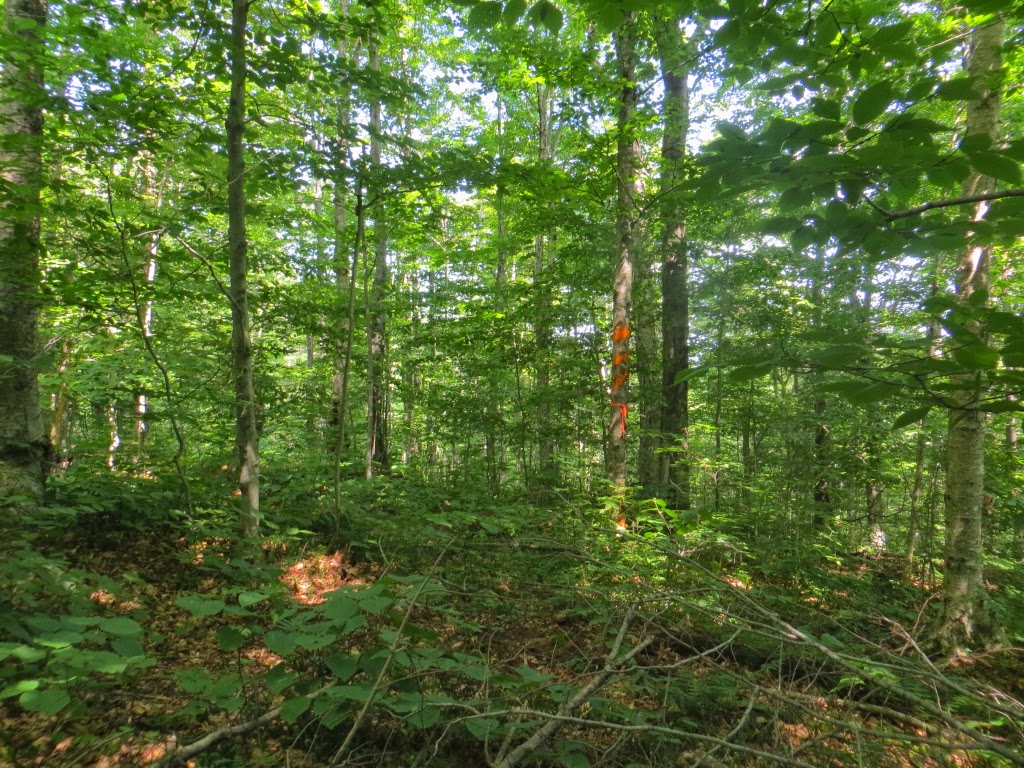 I don't like to criticize the Forest Service, but Leave No Trace apparently does not apply when they are marking logging cuts. These garish paint splashes will be visible for years after the logging is completed. 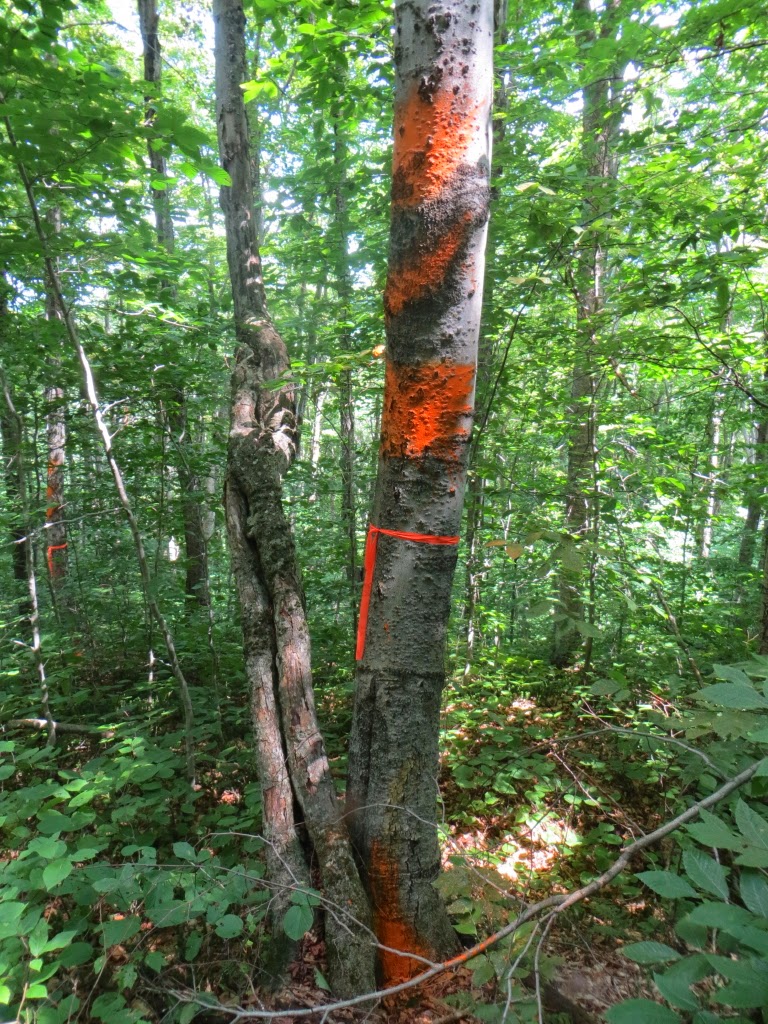 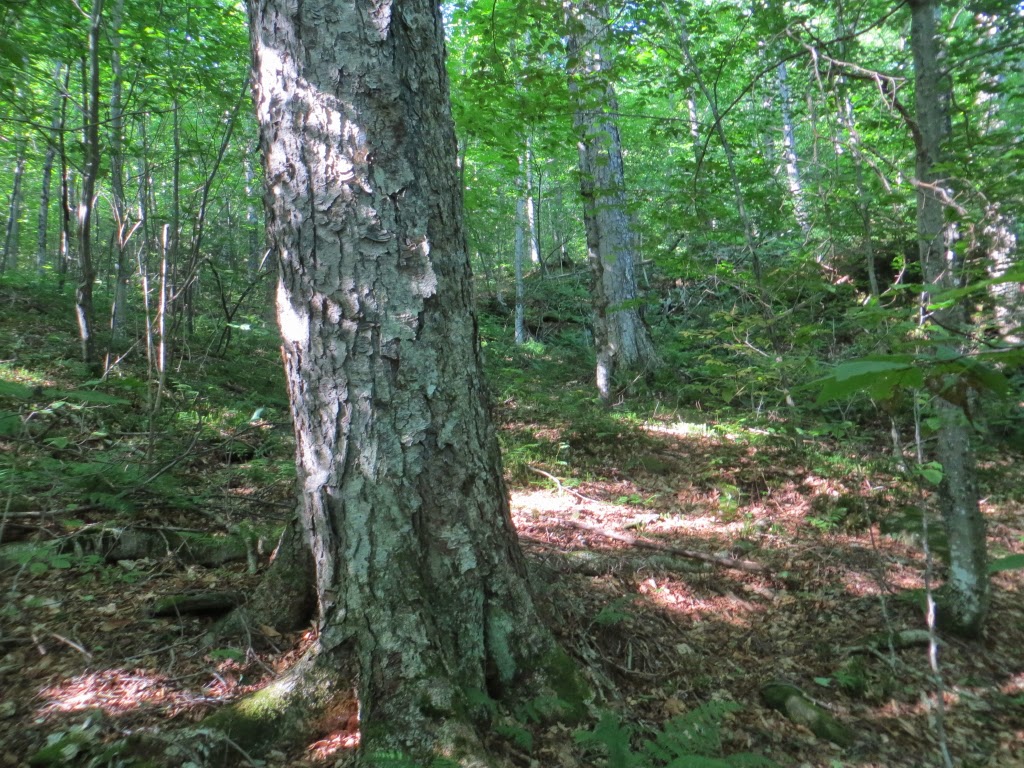 Reaching for the sky. 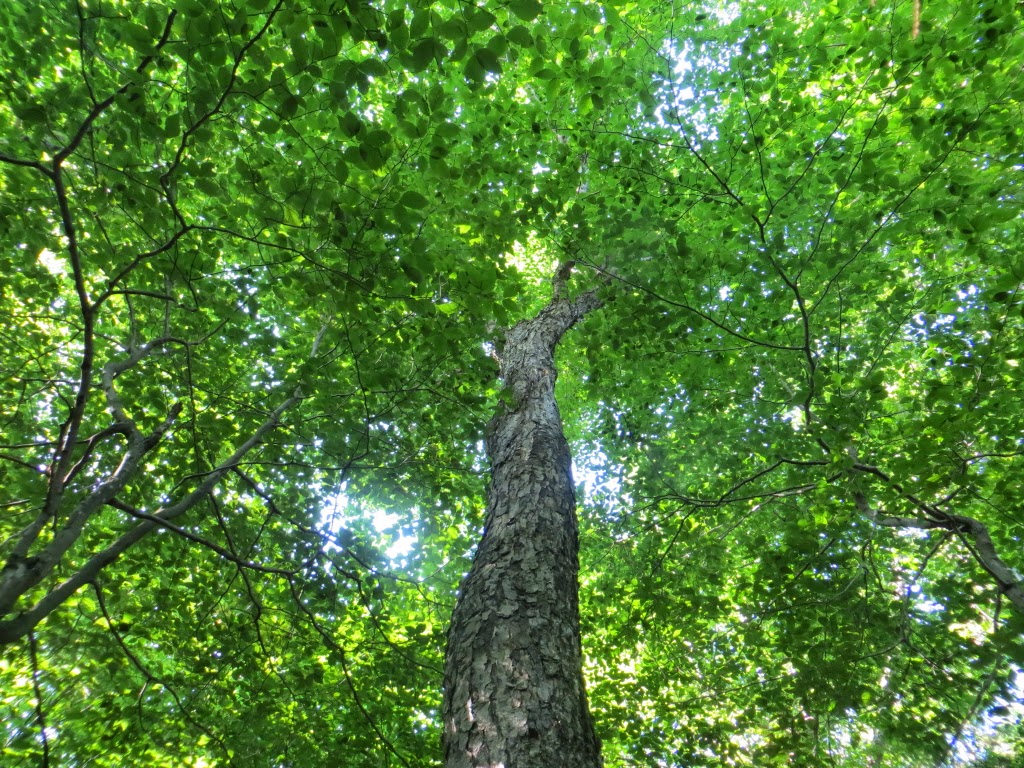 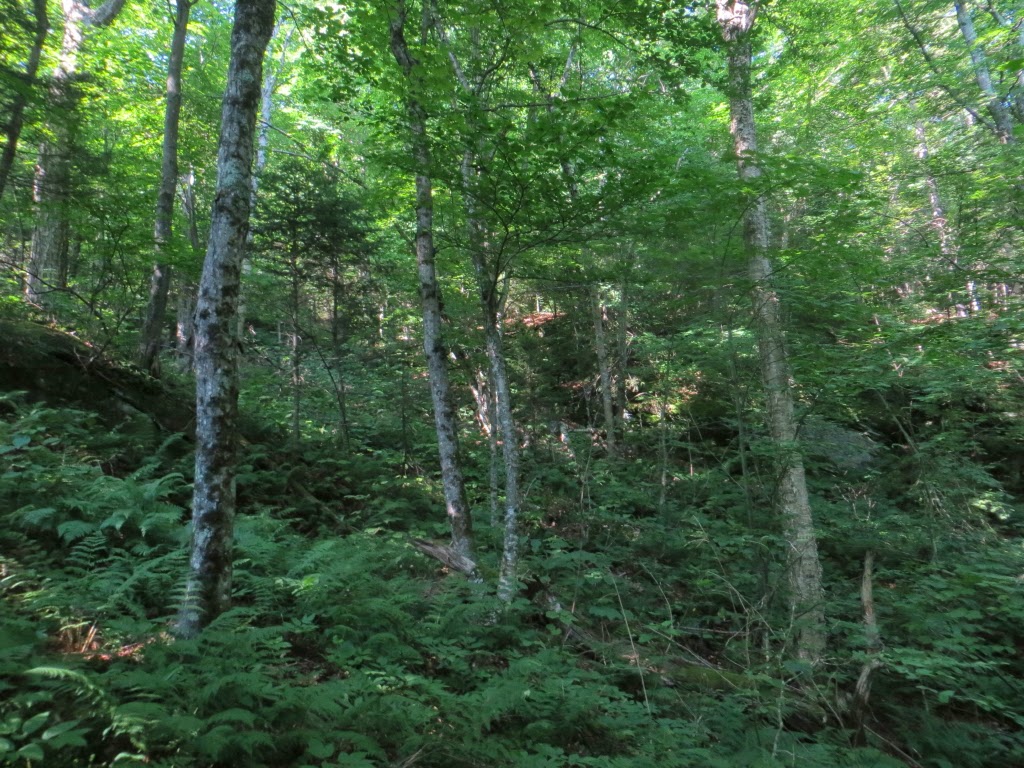 Open ferny woods approaching the top of the cliff. 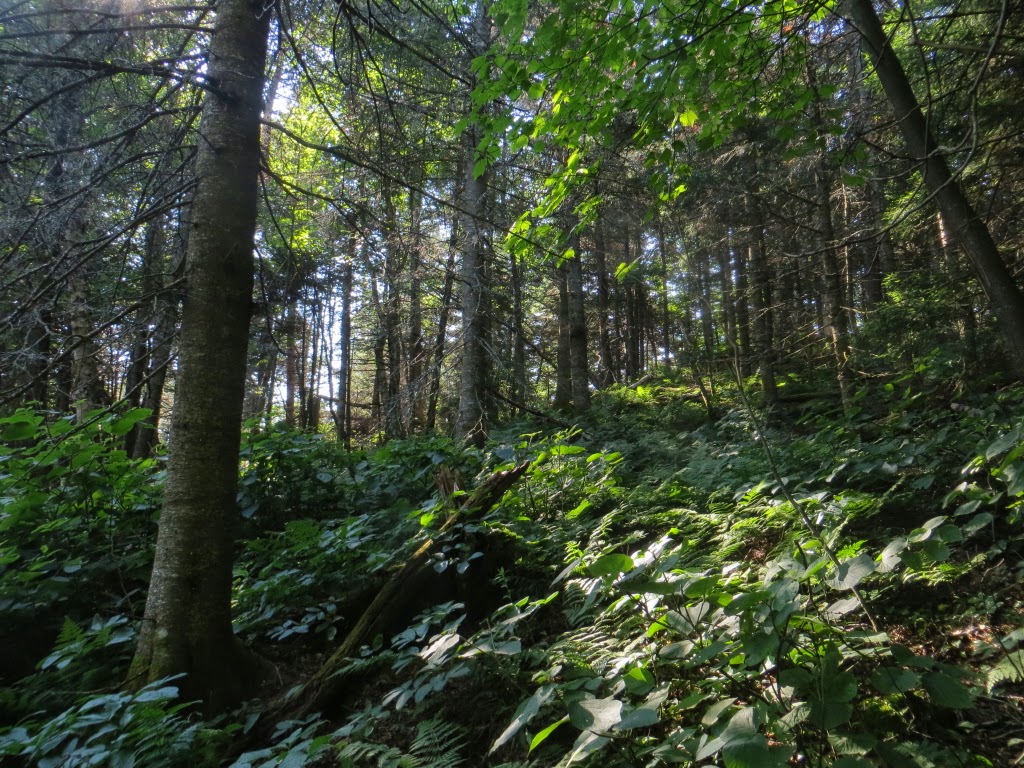 A perch spotted below. 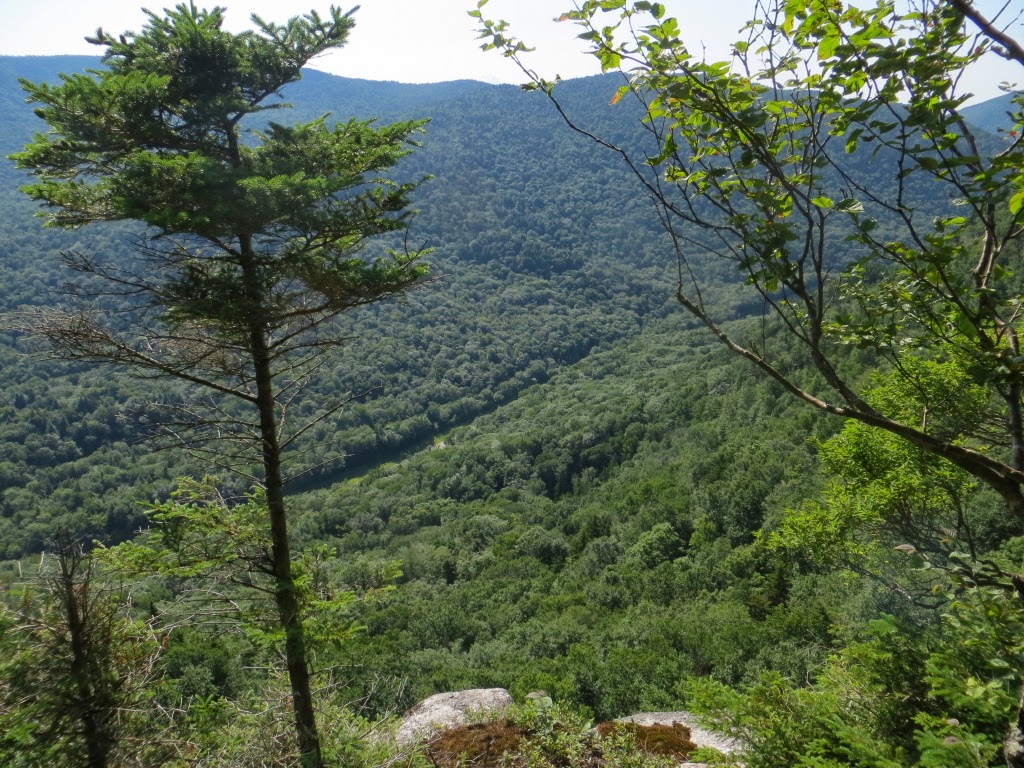 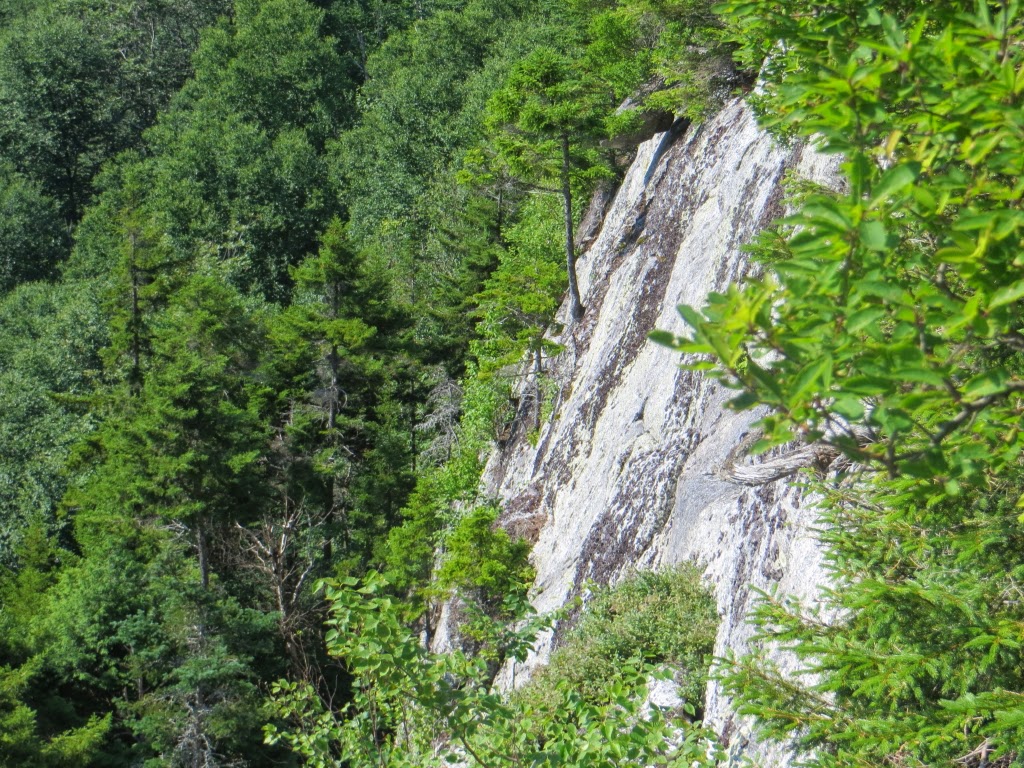 Jon Sykes (author of "Secrets of the Notch" and tireless crag explorer) was here. This must be a fun remote playground for climbers. 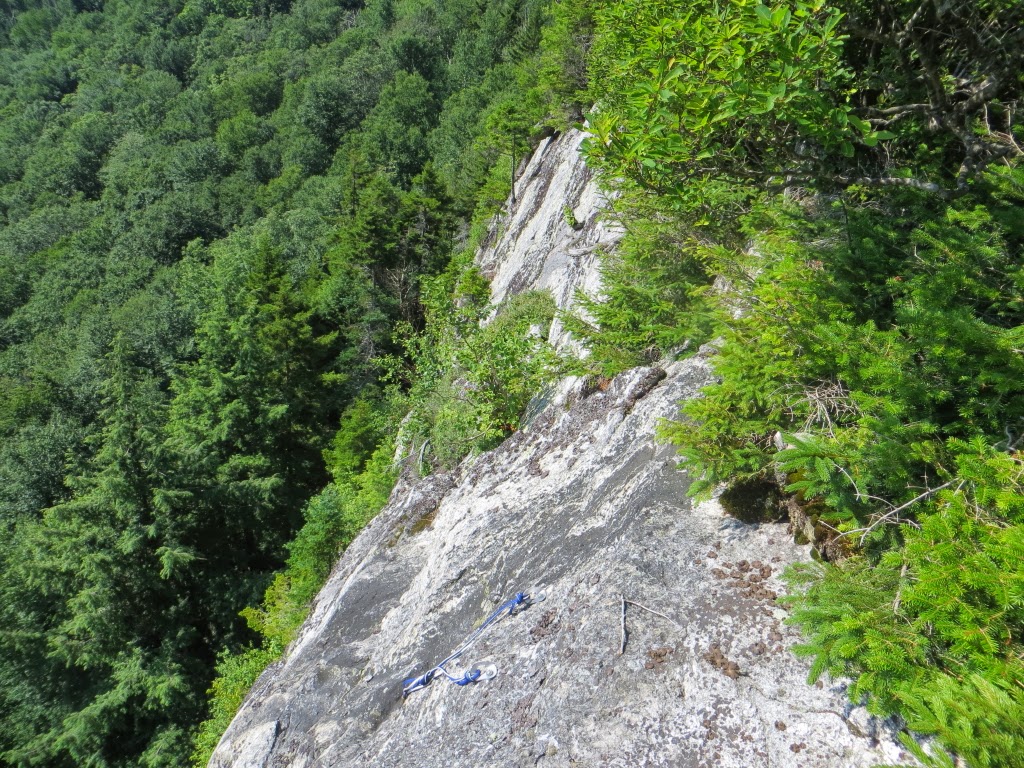 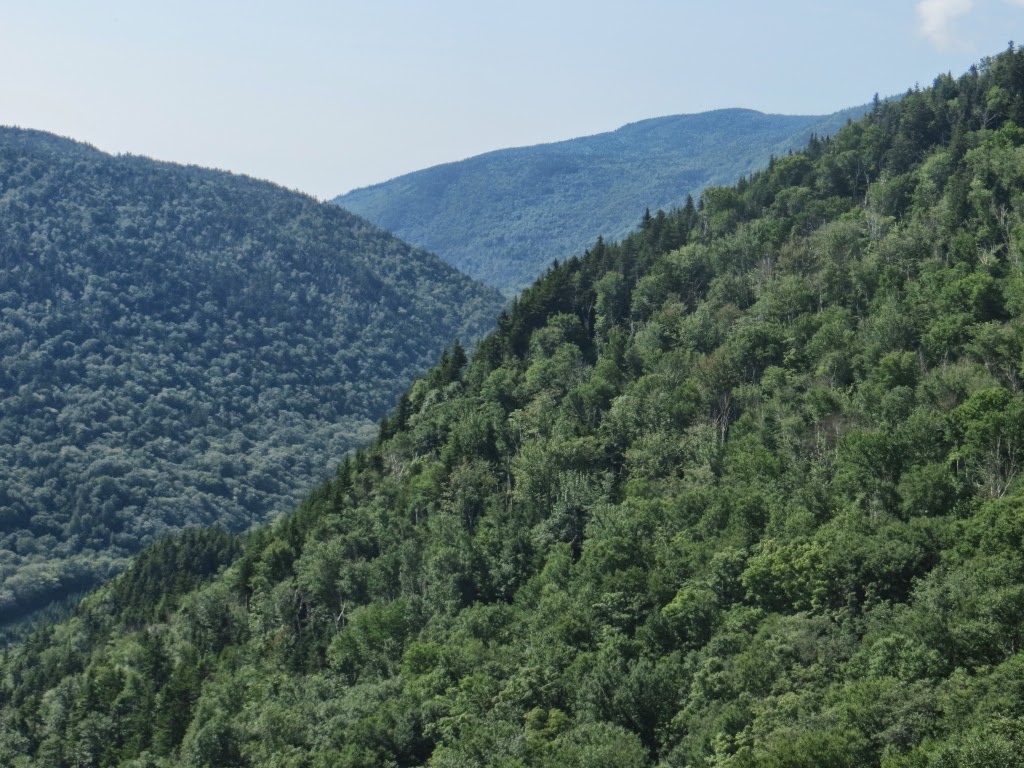 Mt. Wolf and lower Kinsman Ridge across the valley of the Wild Ammonoosuc River. 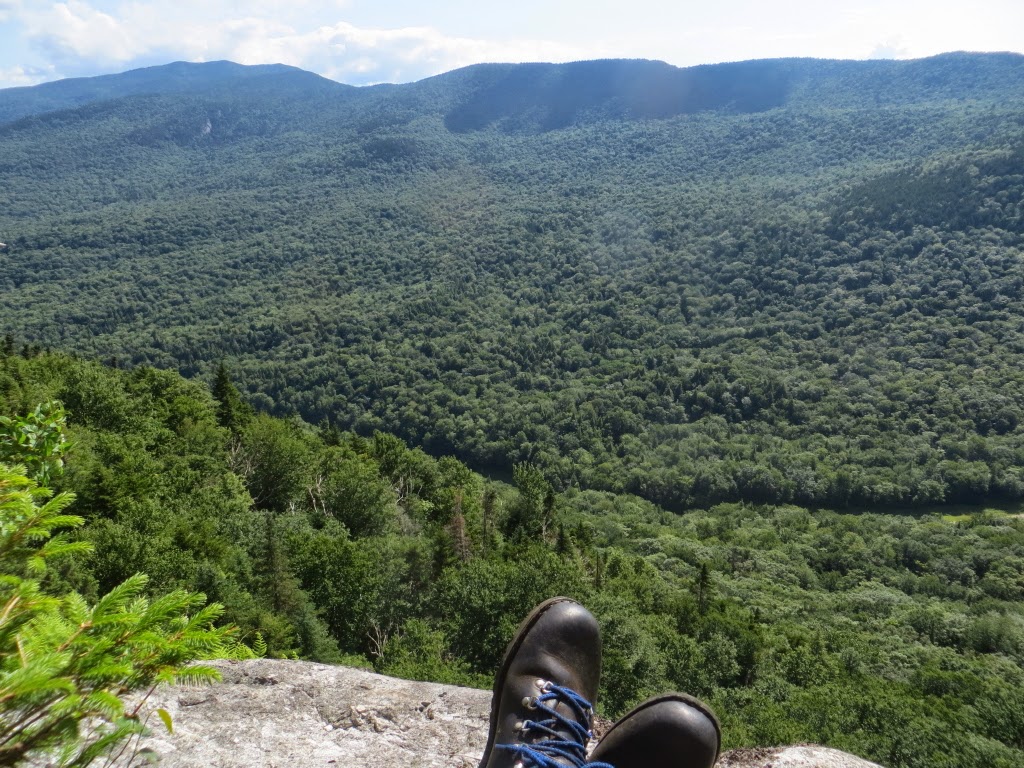 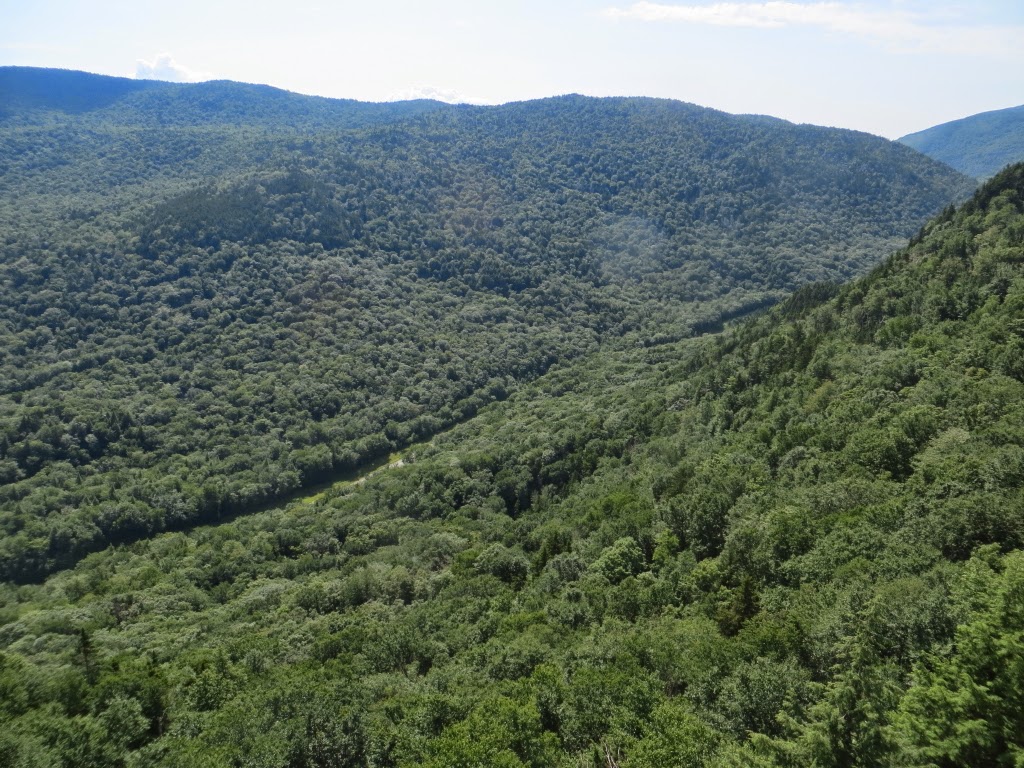 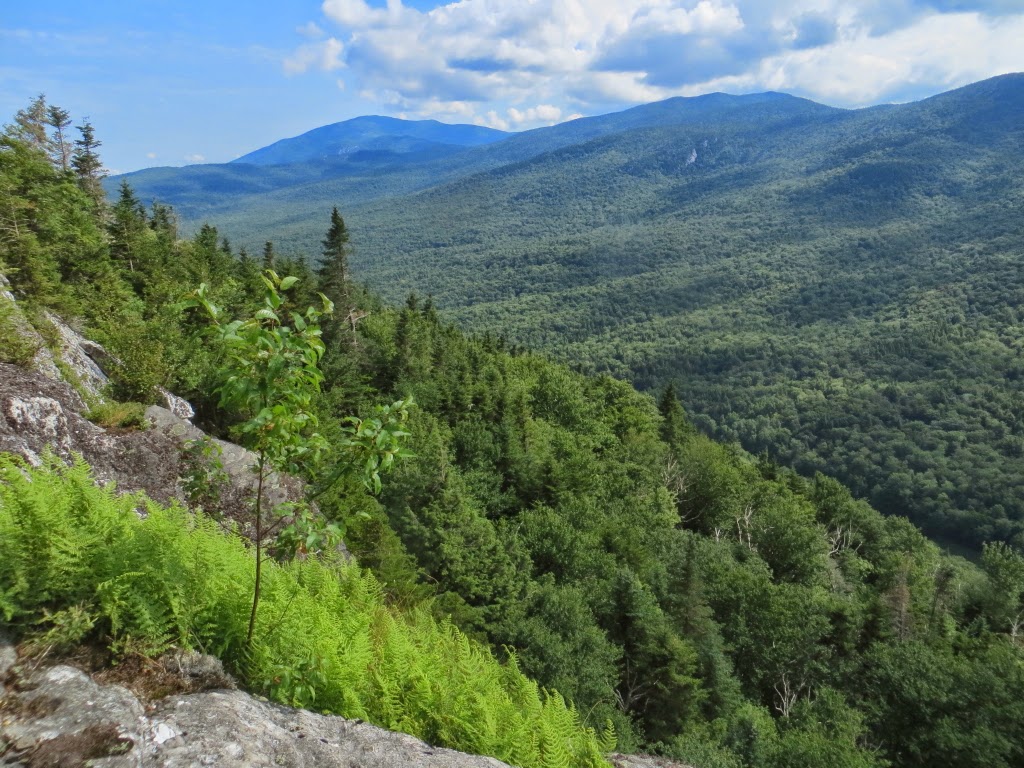 Mt. Wolf, the first mountain I ever climbed in the Whites (1972), showing cliffs above Underhill Brook. 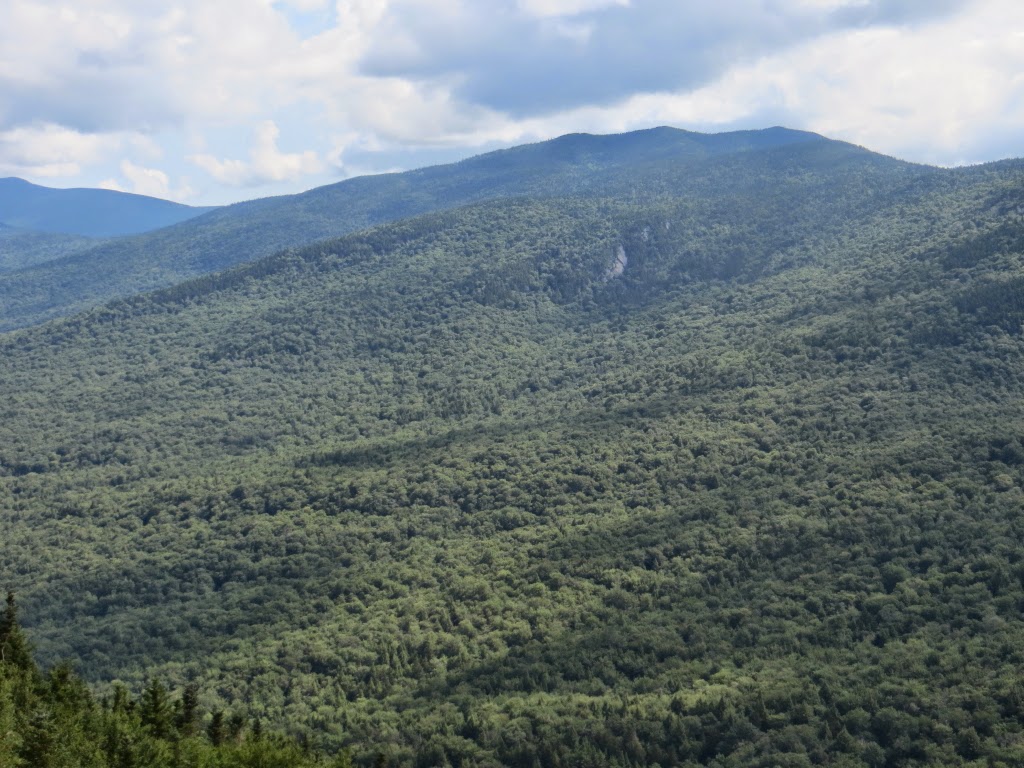 South Kinsman with its many ledge patches. 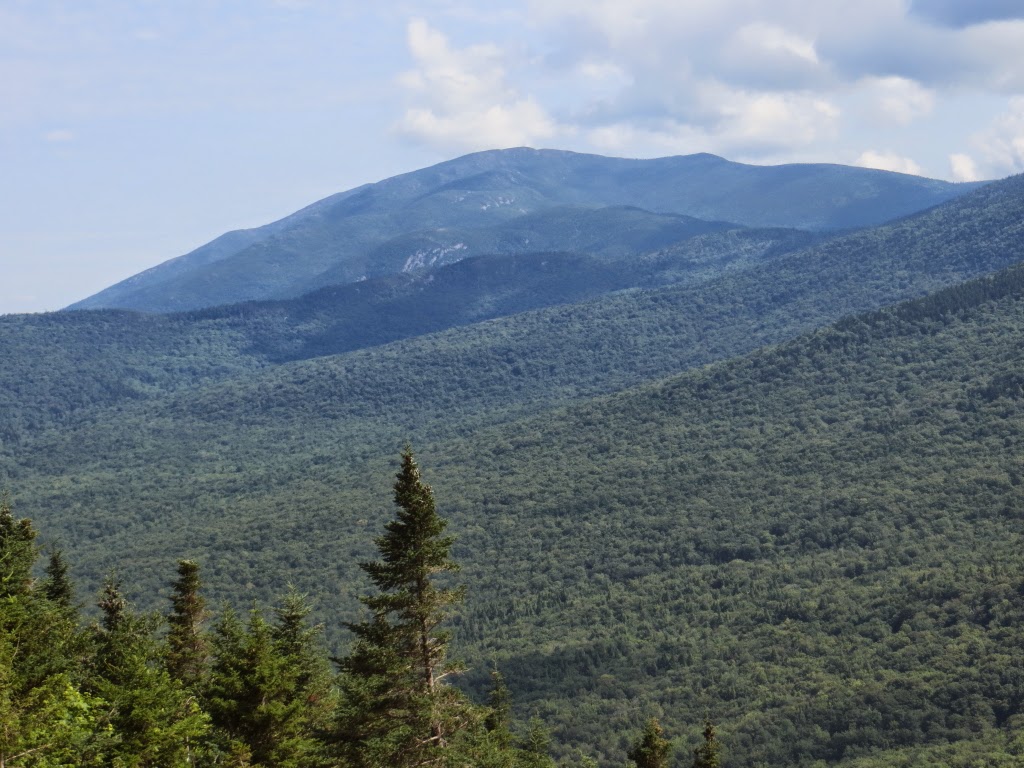 North Kinsman can just be seen off the left slope of South Kinsman. 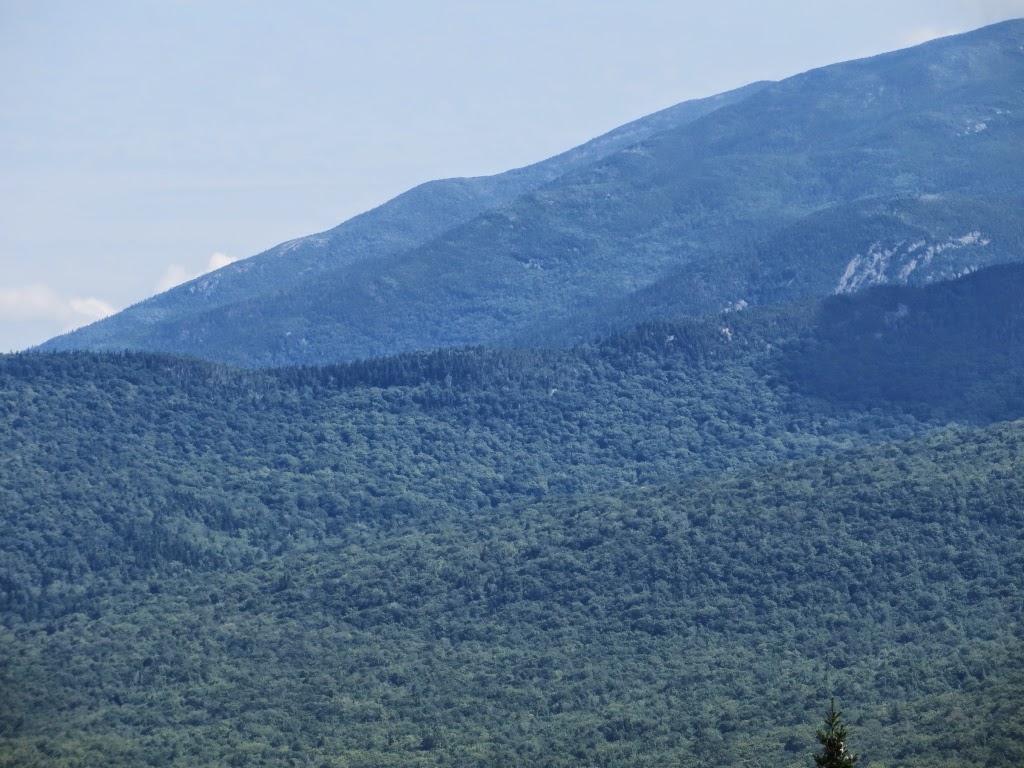 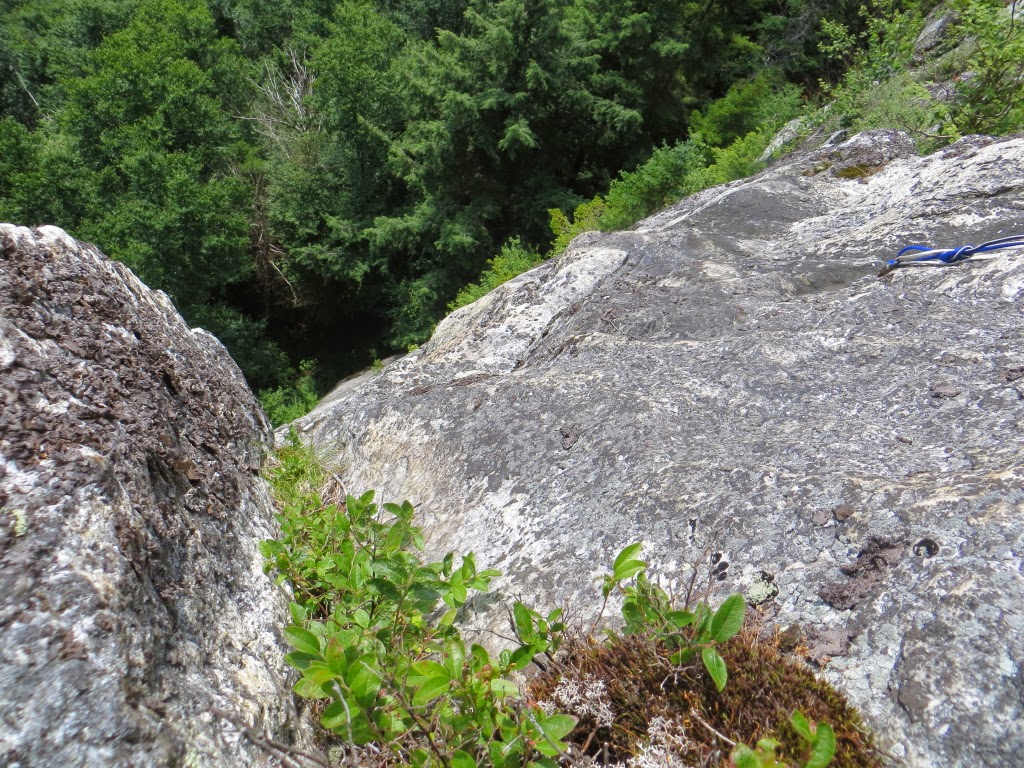 Parting shot after an hour's sojourn in the sun. 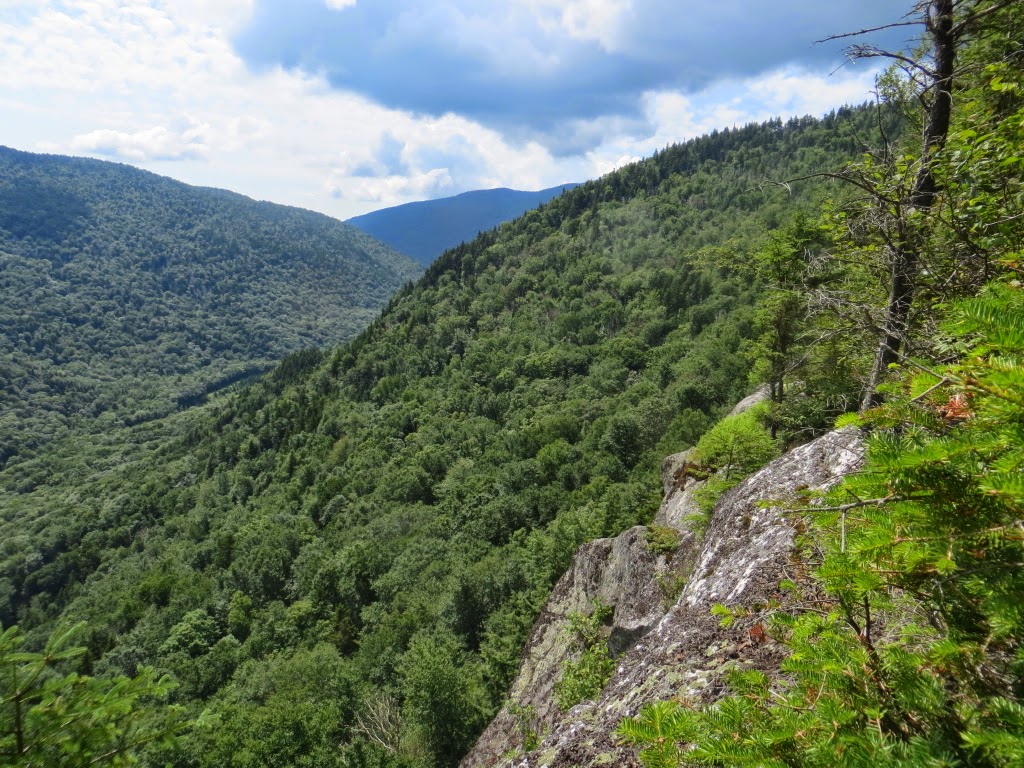 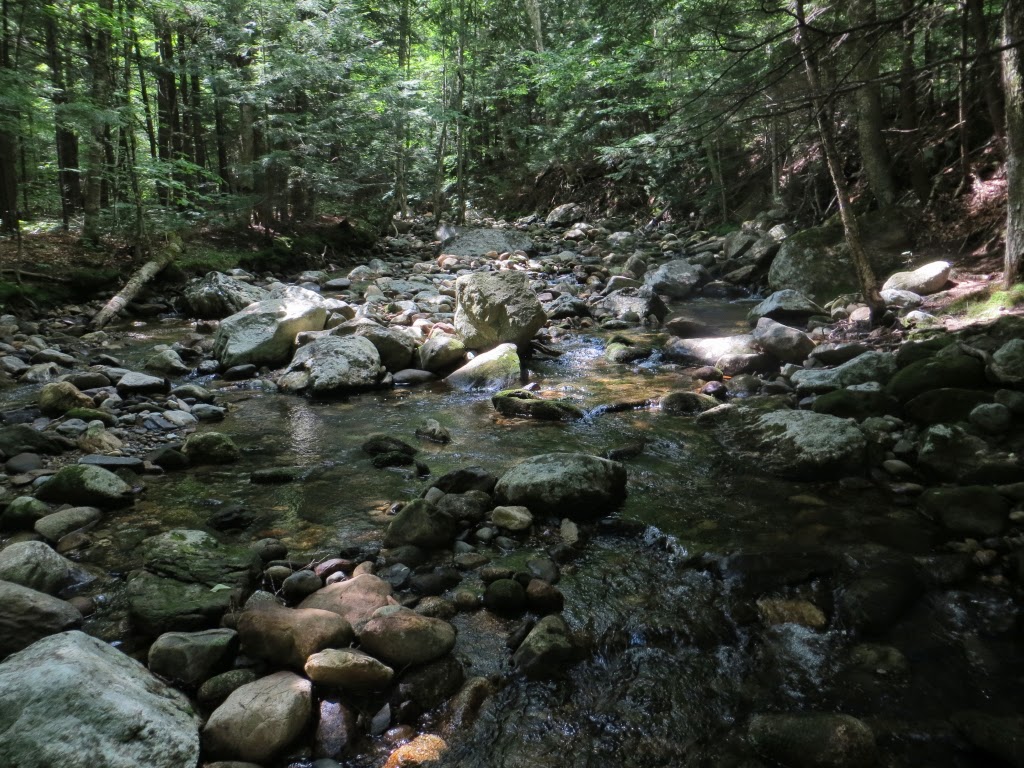