On a day that started out sunny and ended up with light rain, I enjoyed a leisurely bushwhack loop to two view ledges on the lower slopes of Kinsman Ridge, north of Kinsman Notch and on the east side of Rt. 112.

A breezy morning at Beaver Pond, en route to my starting point. 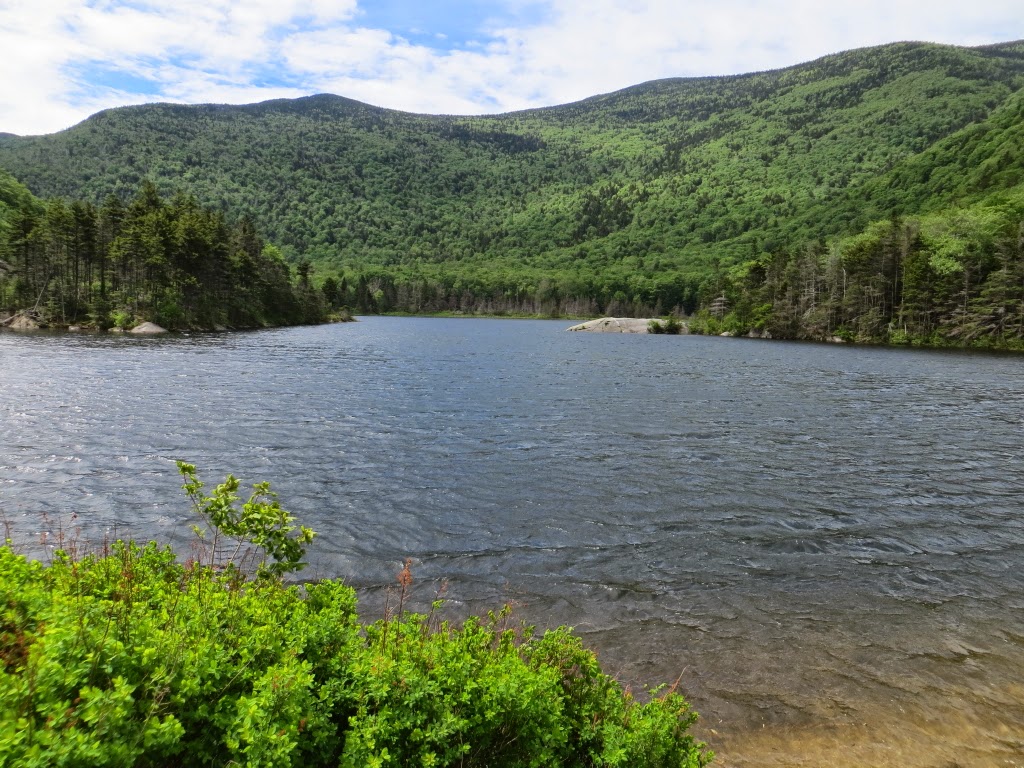 The climb to the first ledge led through open hardwoods for a while... 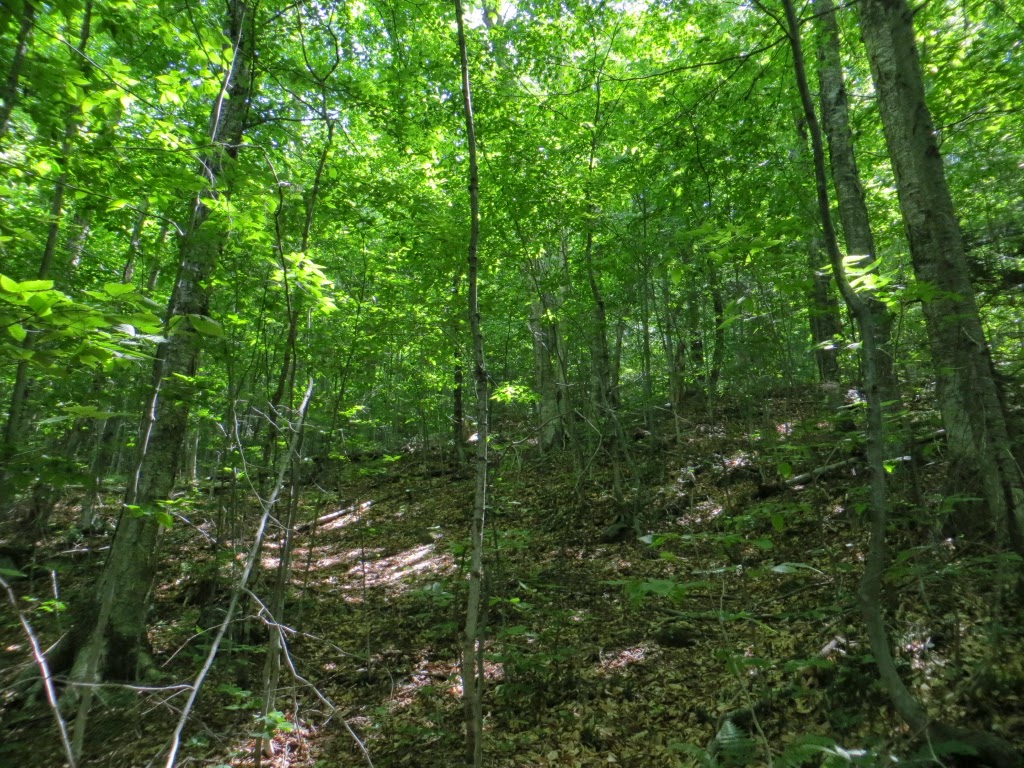 ...then transitioned to mostly open spruce. 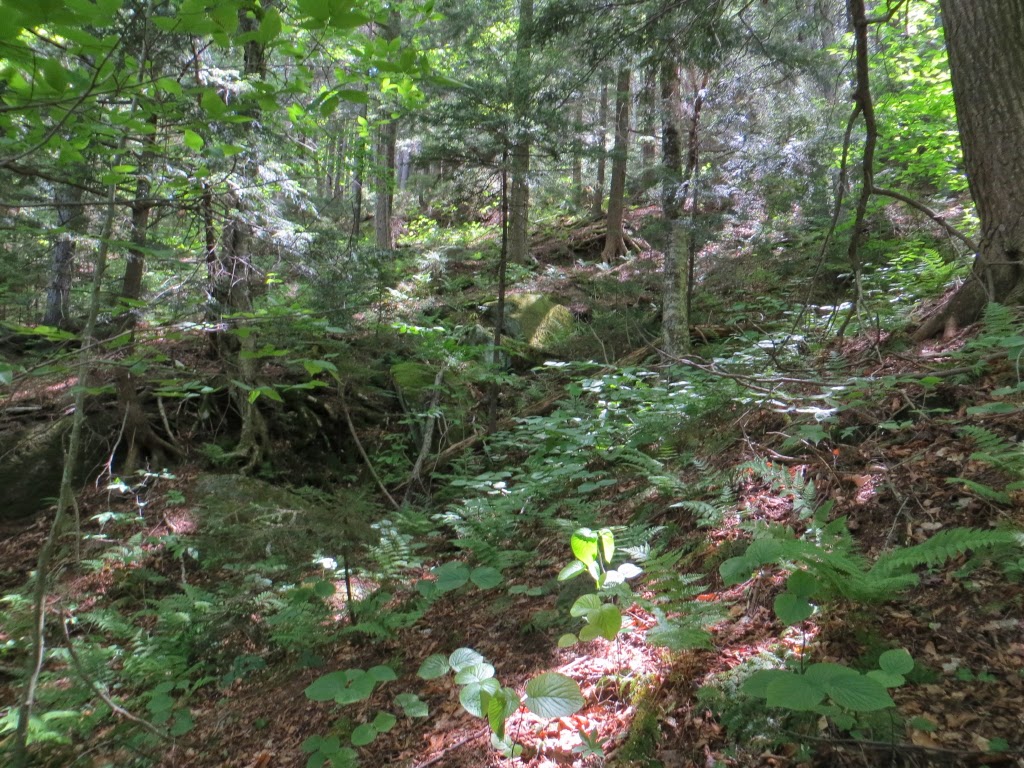 I climbed past this monster glacial erratic. 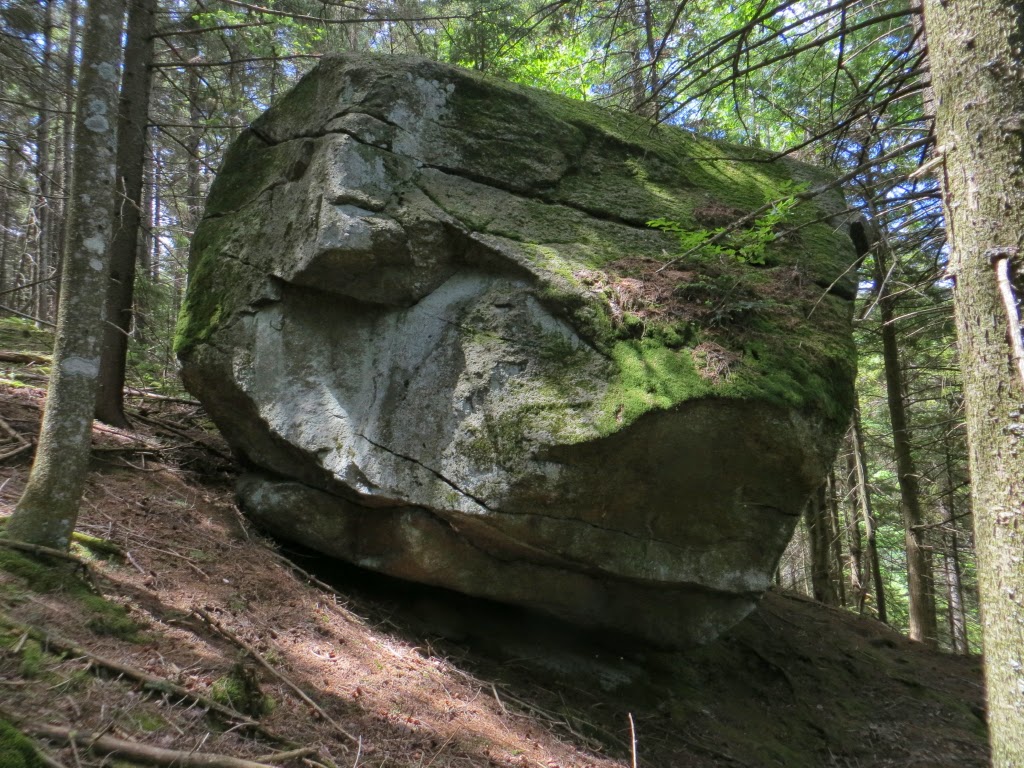 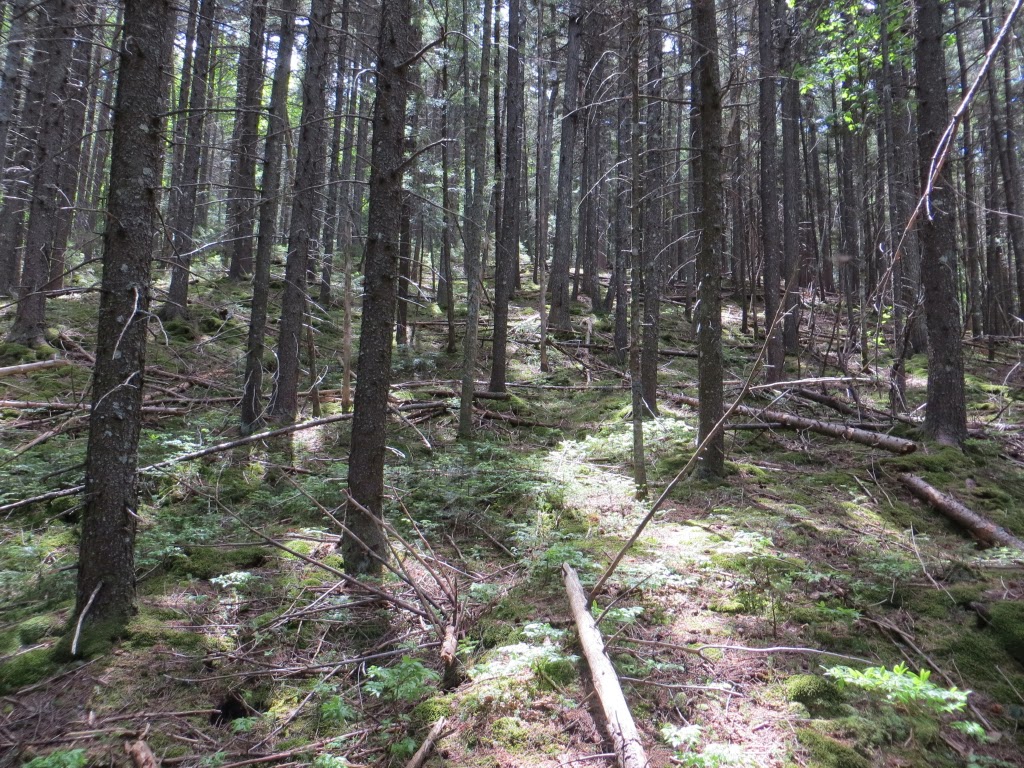 I stumbled upon a well-preserved peavey head half-buried in the turf. It probably dates back about 100 years, to either the Fall Mountain Paper Co. or George L. Johnson logging operation. 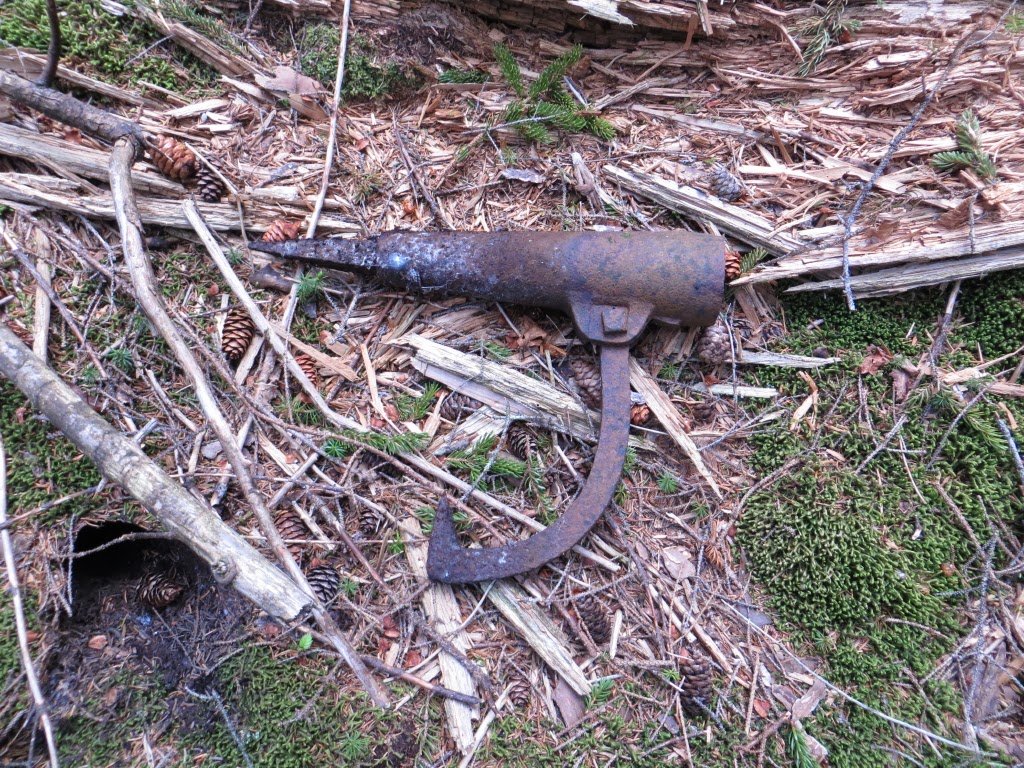 After photos, I put it back in its resting place. (It is illegal to remove such artifacts from the National Forest.) 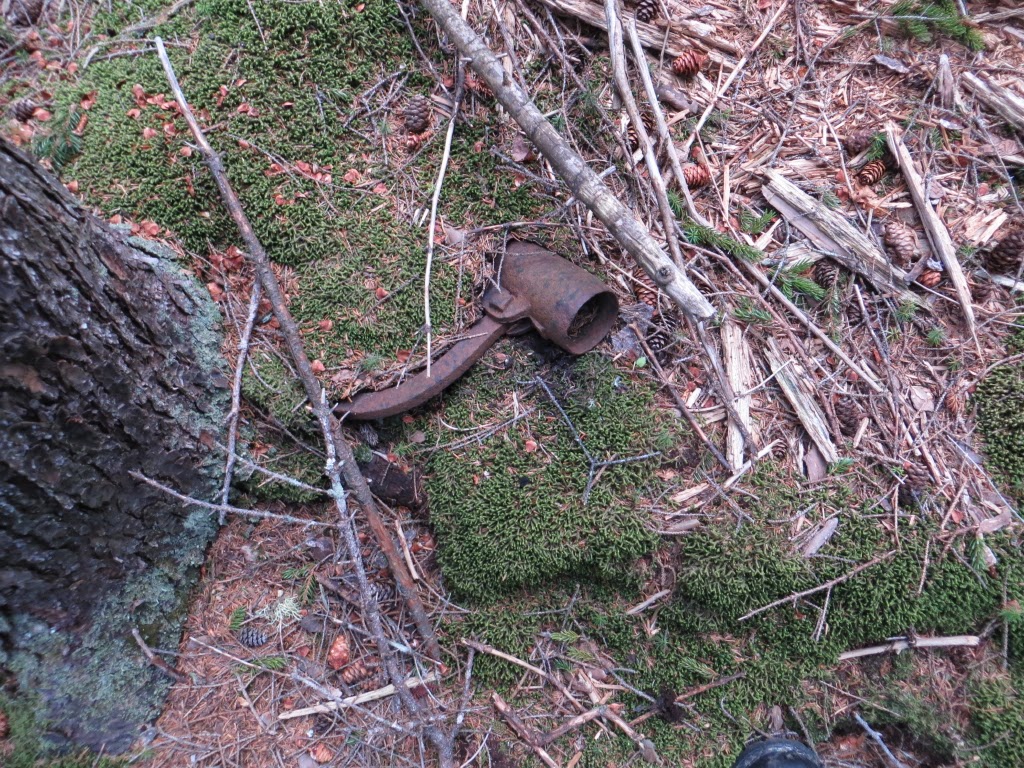 The first ledge had a nice view out towards Kinsman Notch. 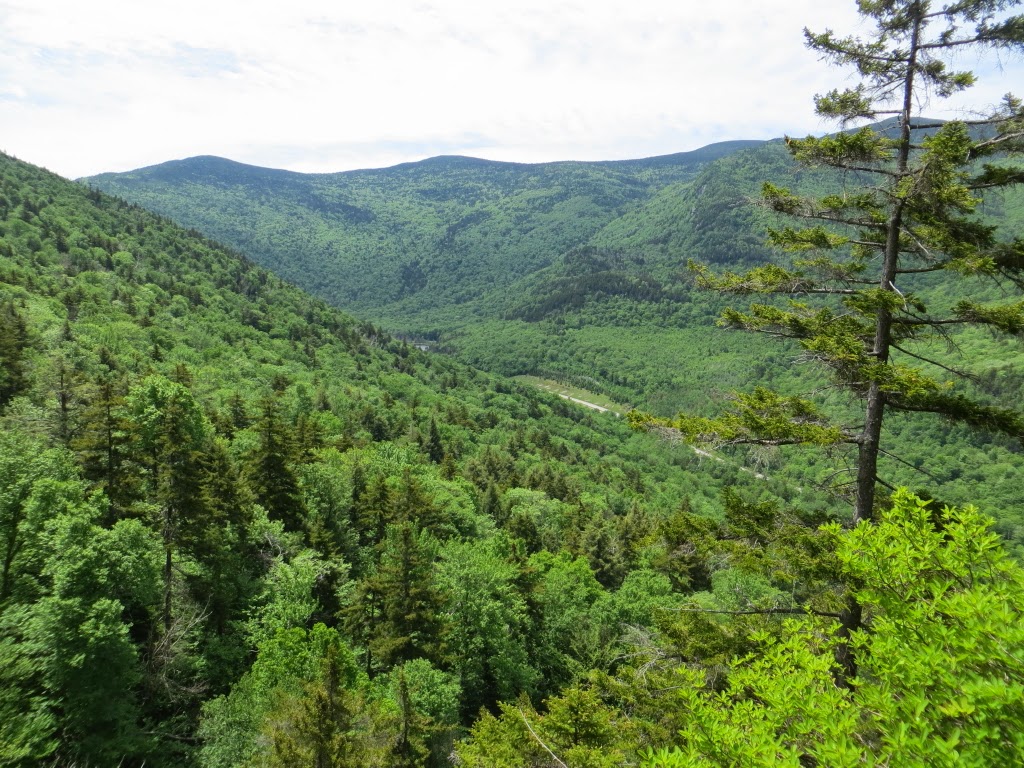 Mt. Waternomee and Mt. Jim, with part of Beaver Pond seen below. 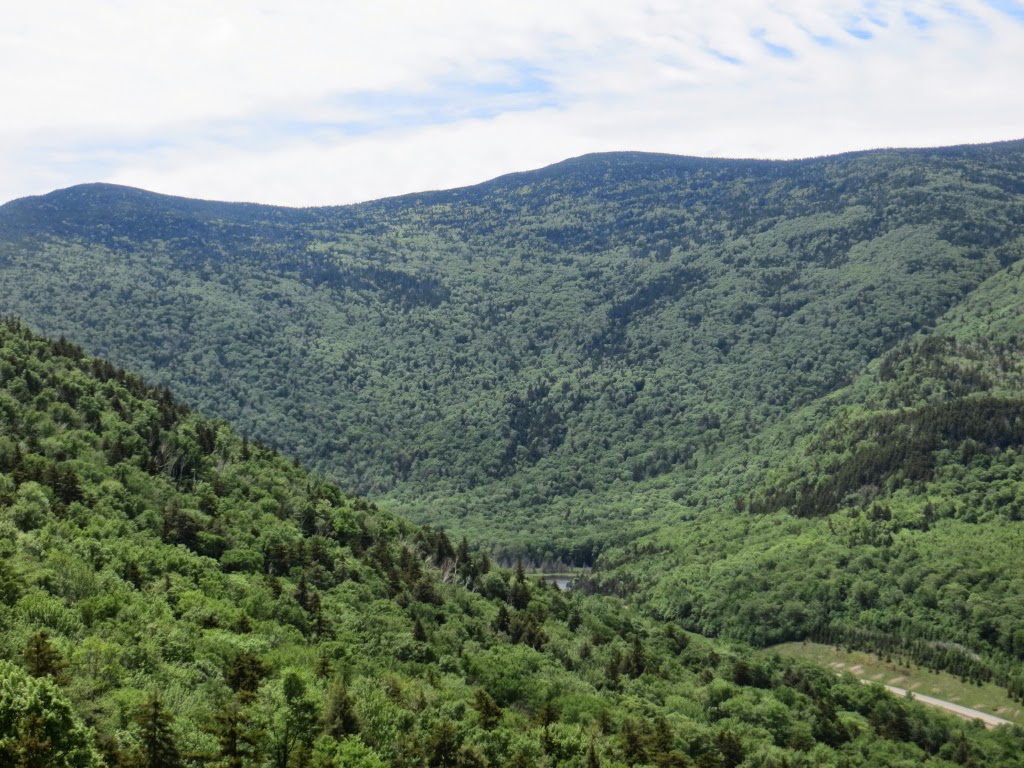 A pretty good dropoff below. 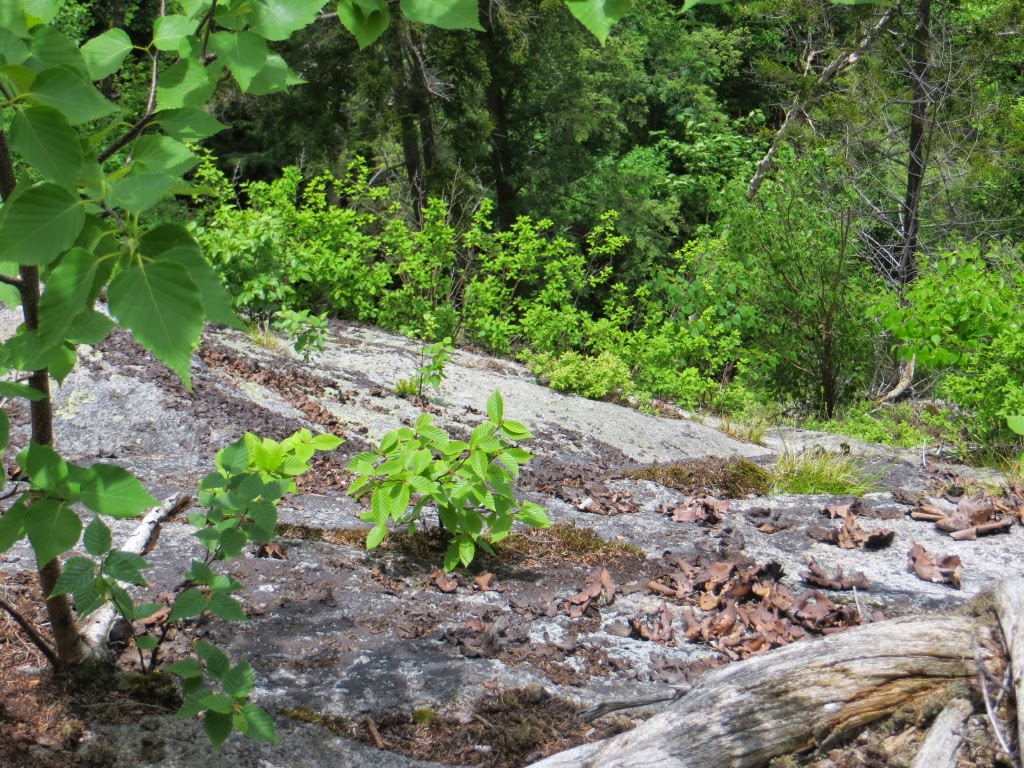 A bit farther up the ridge, I found this view into the Stark Falls Brook basin, which was logged in the early 1900s by woods boss James "Jakey" McGraw, working for George L. Johnson. 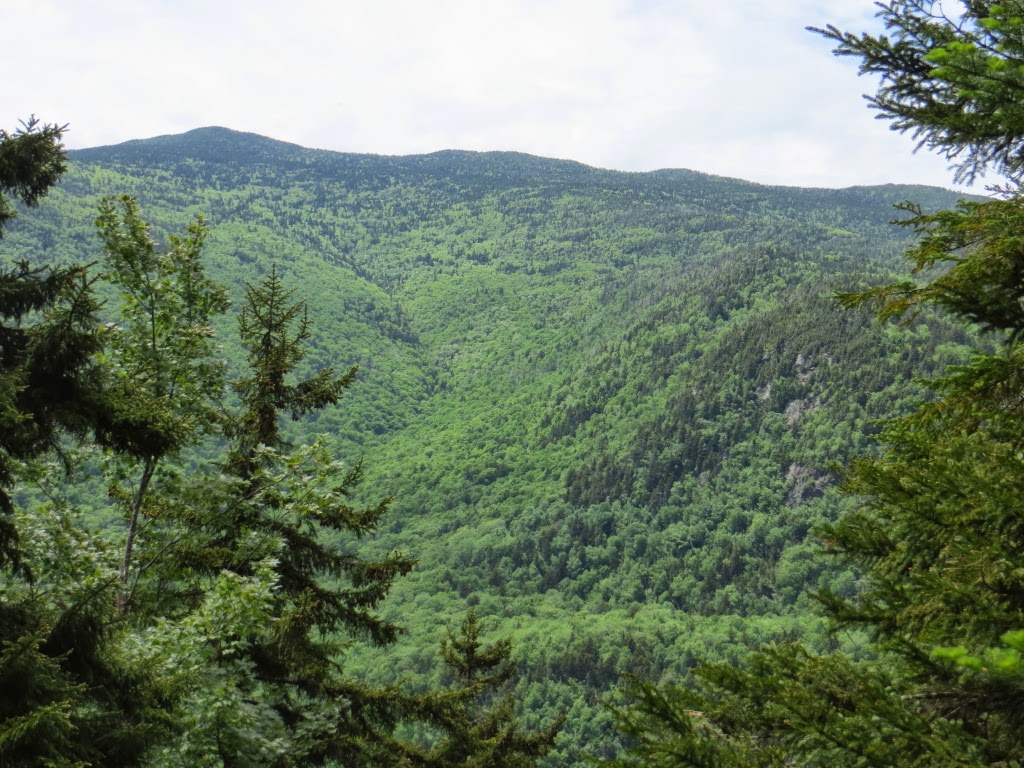 I ran into some hobblebush on the mile-long traverse between the ledges. Lots of nice open hardwoods, too. 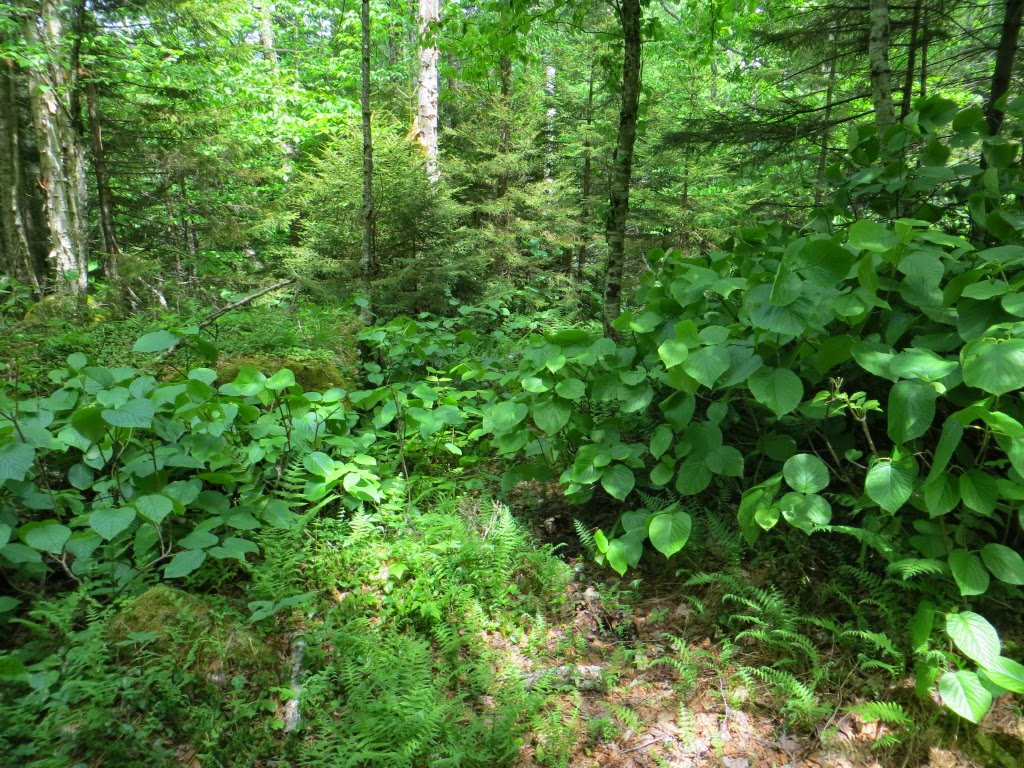 Along the way I crossed a small stream called Oleson Brook. I wondered who this was named for. A settler from a neighboring town? A logger or woods boss? 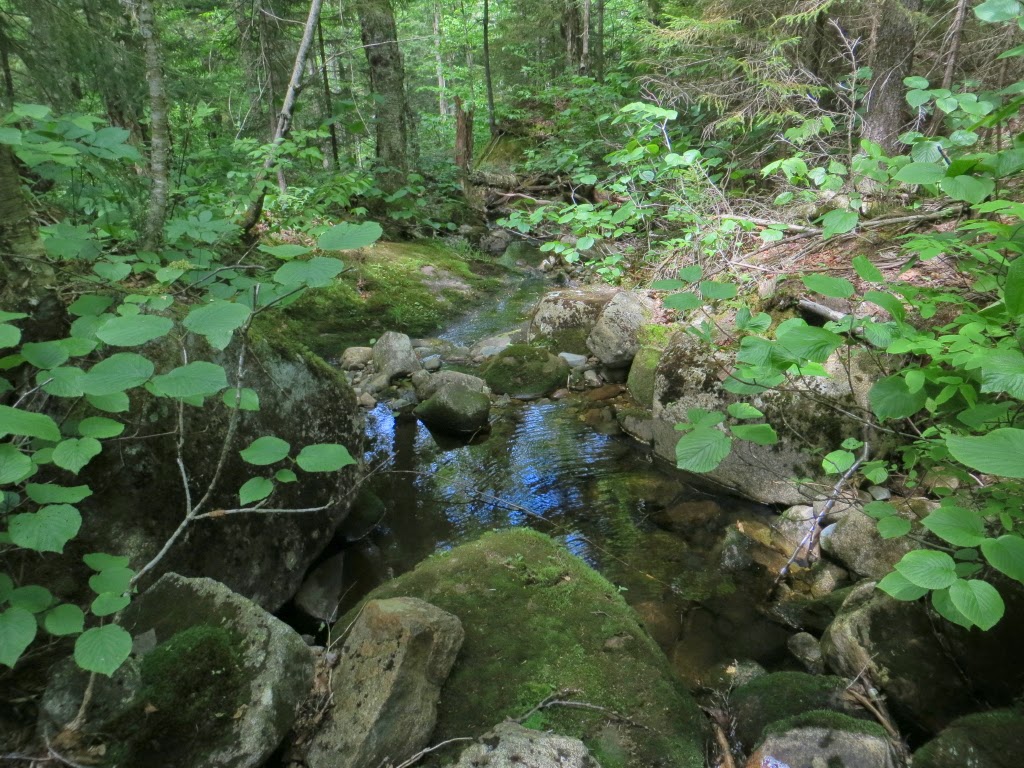 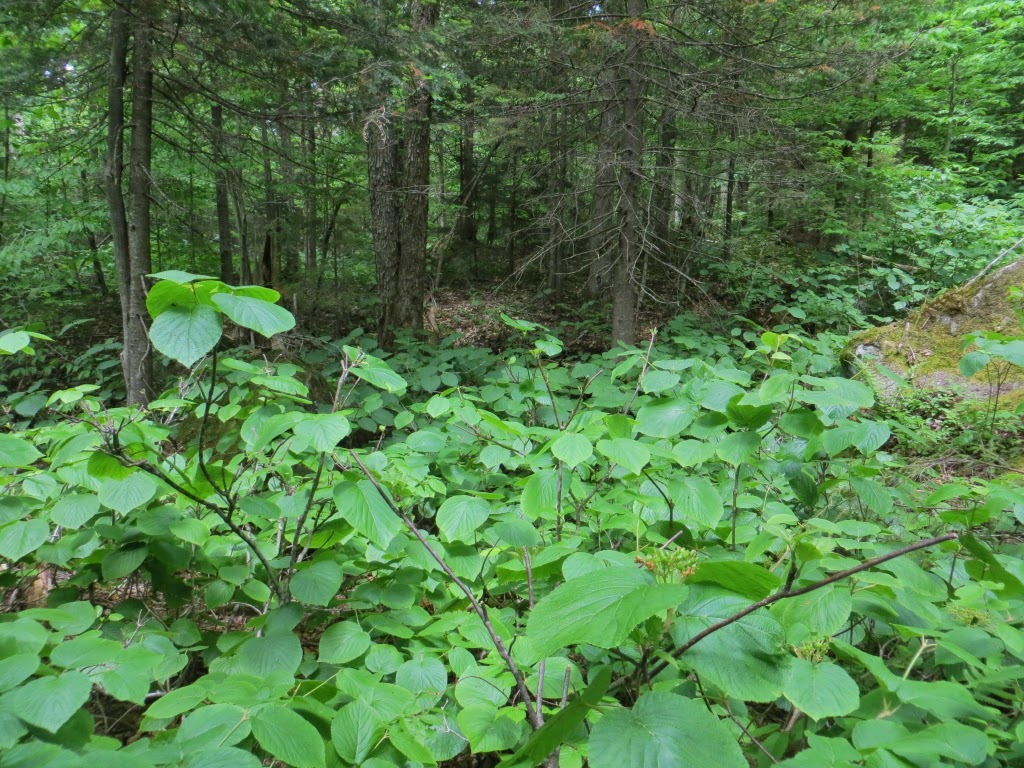 Back to nice open hardwoods. 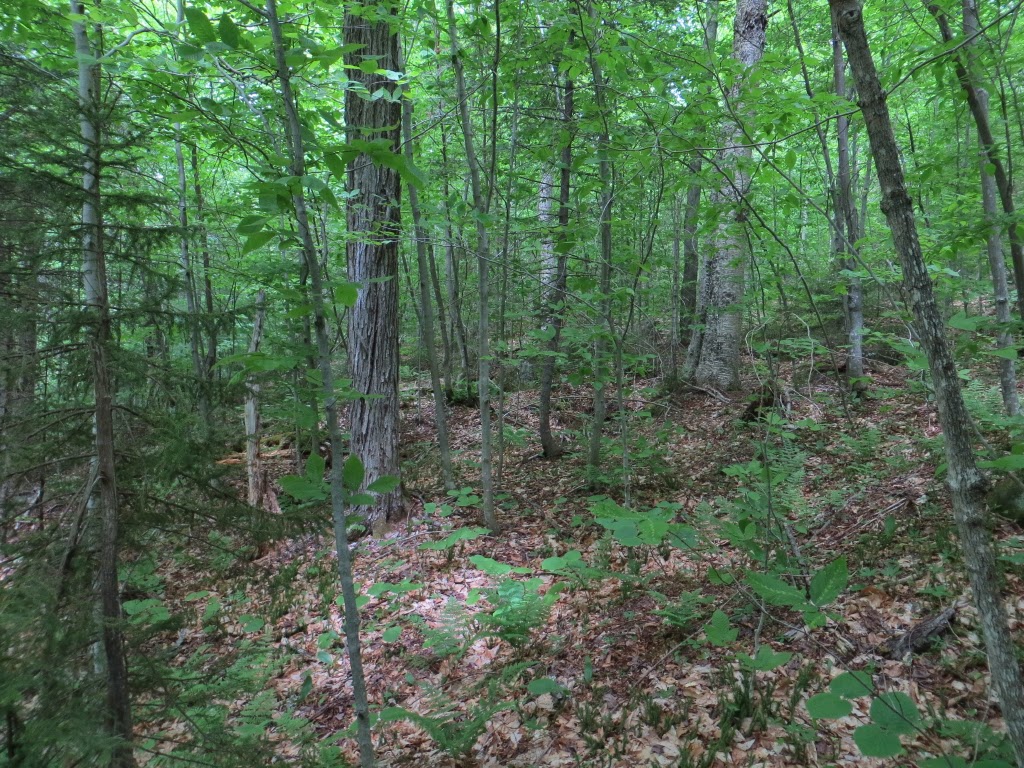 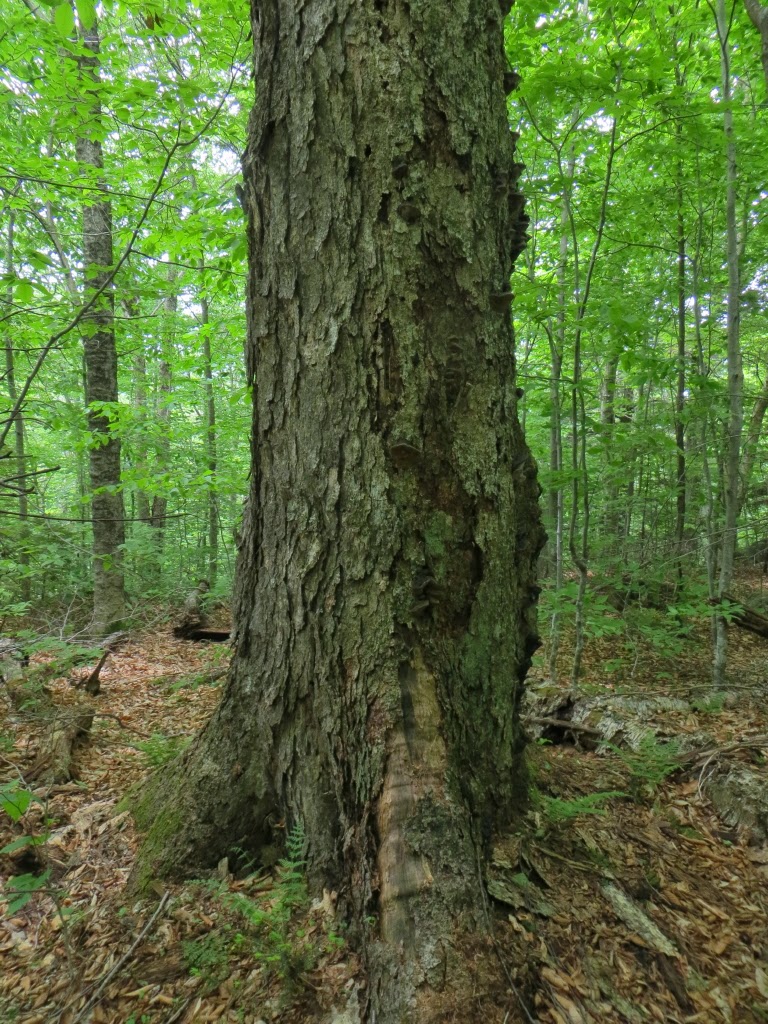 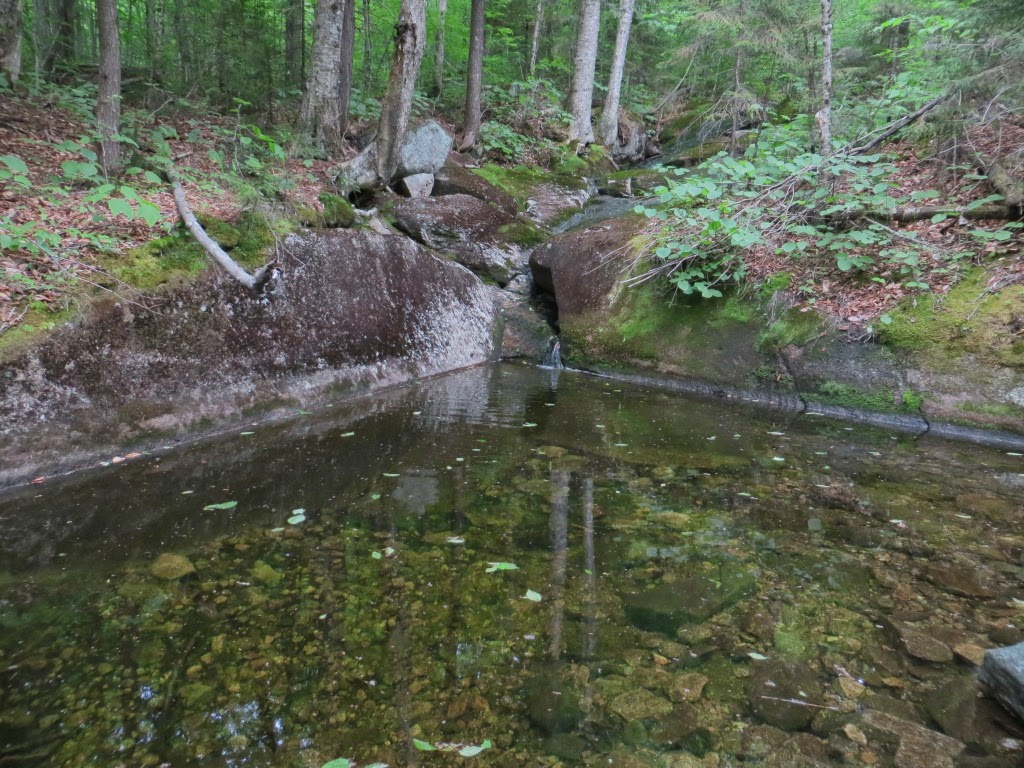 An interesting rock formation downstream on Stony Brook. This stream could be spectacular in high water! 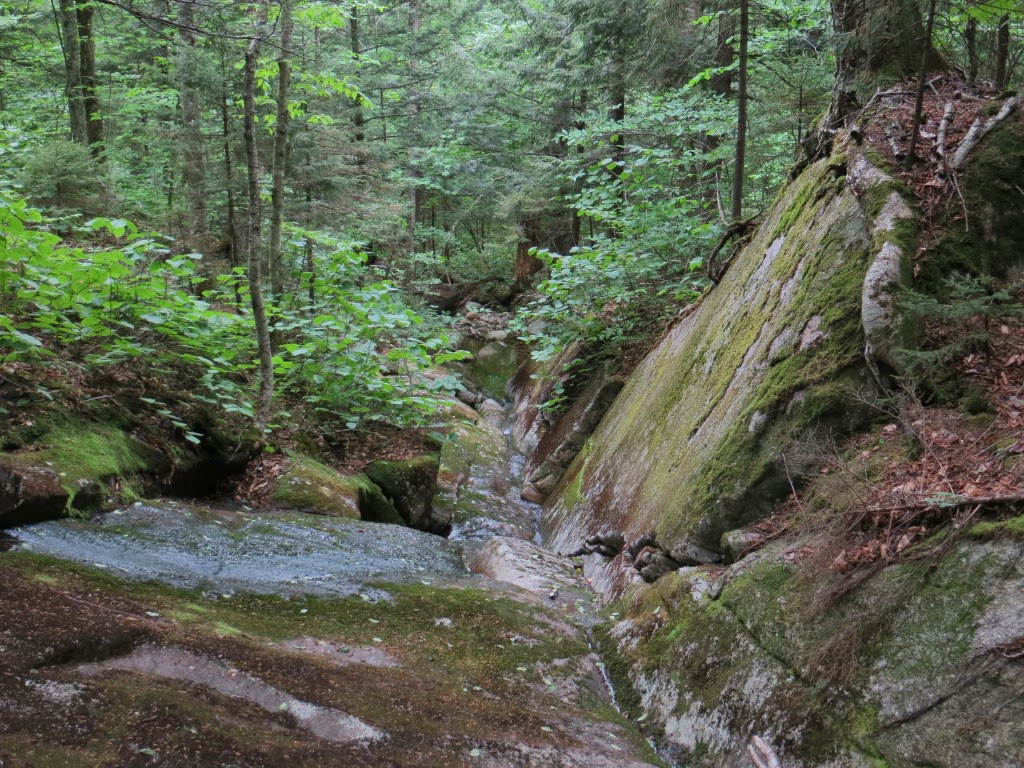 Climbing to the second ledge, I passed through some fine mature hardwood forest. 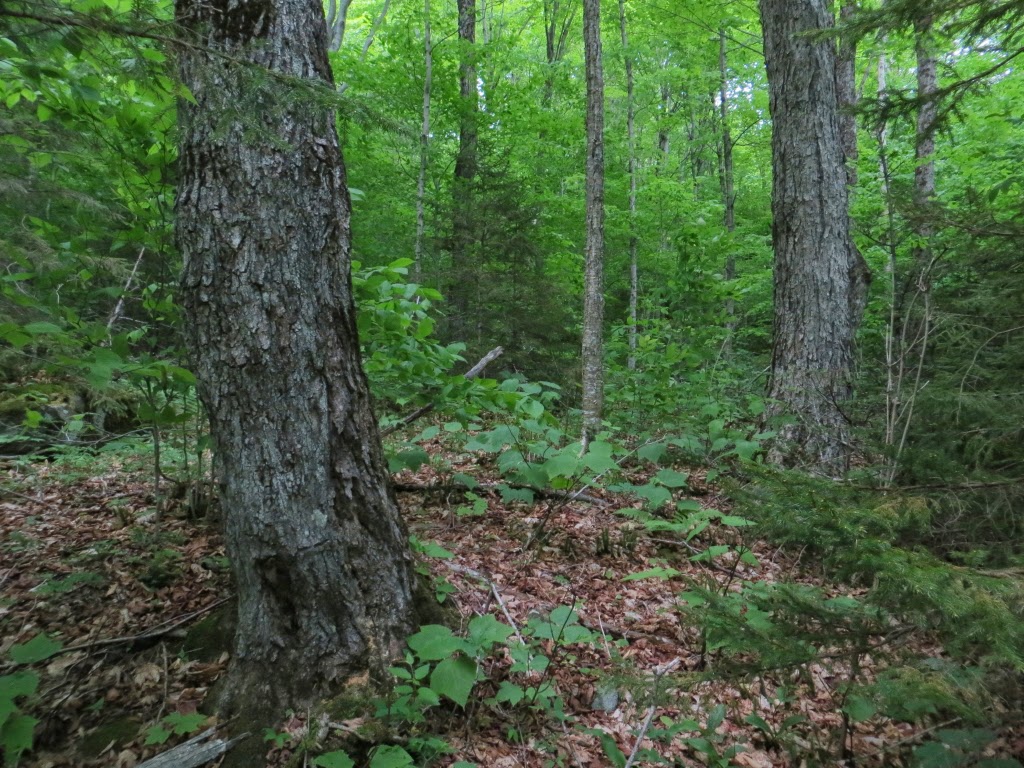 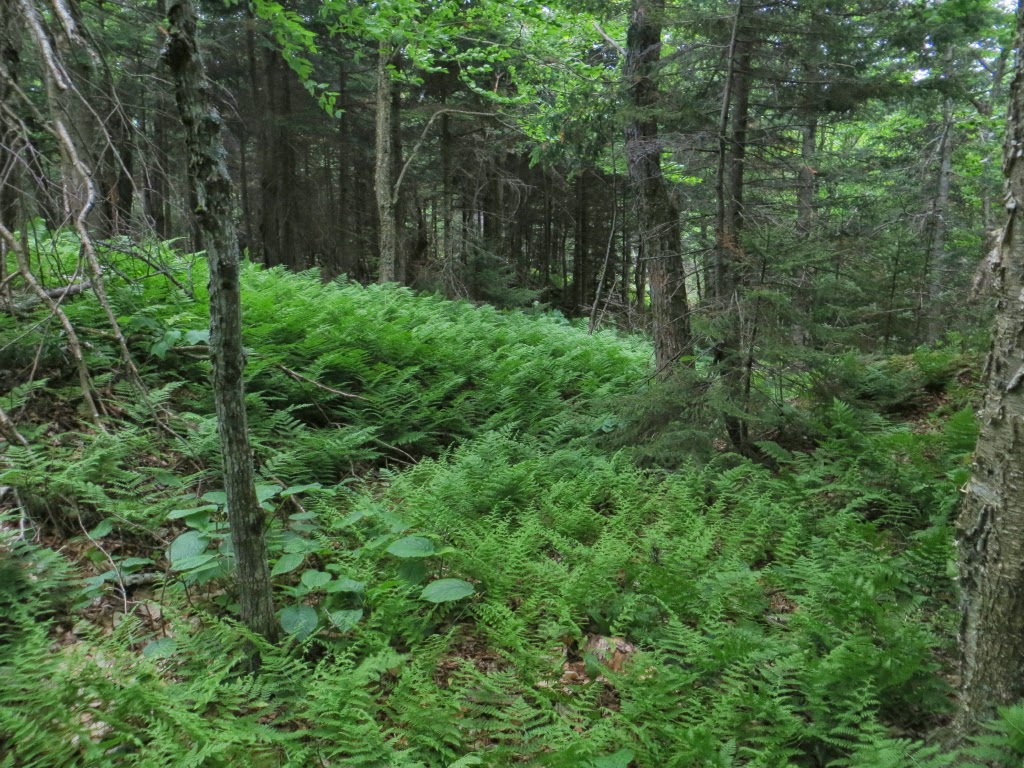 It took a bit of searching to find the second ledge. 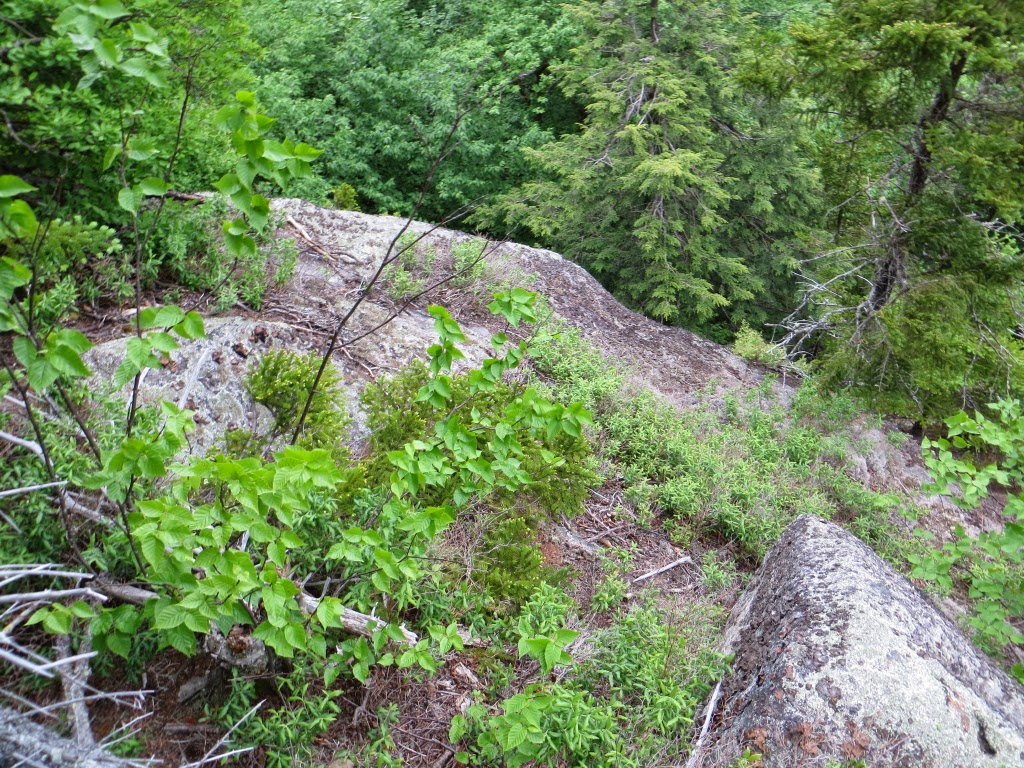 The reward was a sweeping view of the broad northeastern front of Mt. Moosilauke: Mt. Waternomee, Mt. Jim, Mt. Blue, and Blue's long northern ridge. The view was a little fuzzy due to light rain showers moving in unexpectedly early. 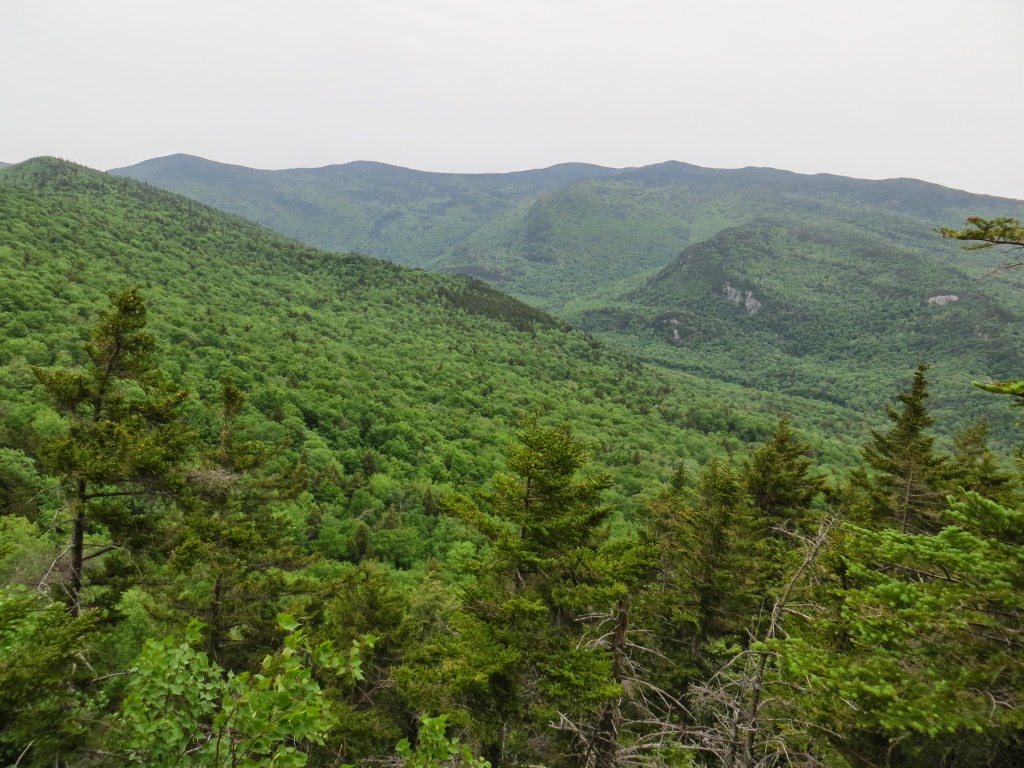 This fine spot had a clear view into the Stark Falls Brook basin. Those may be old sled roads showing as diagonal bands on the upper left. 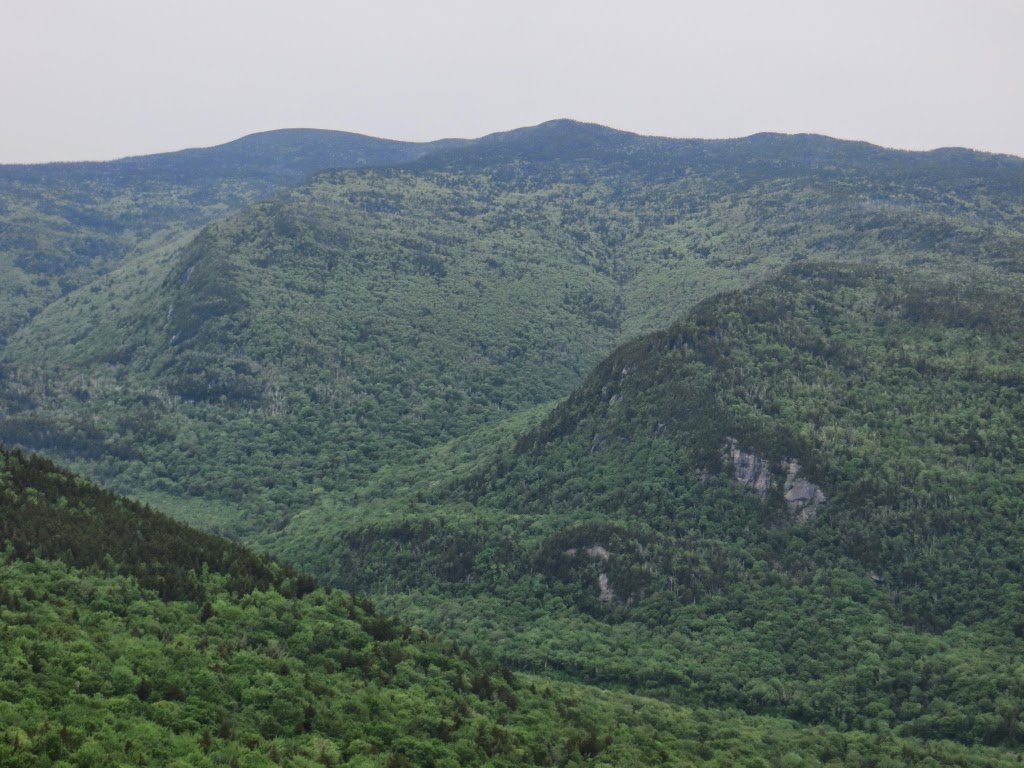 Spring greens up on Kinsman Ridge. 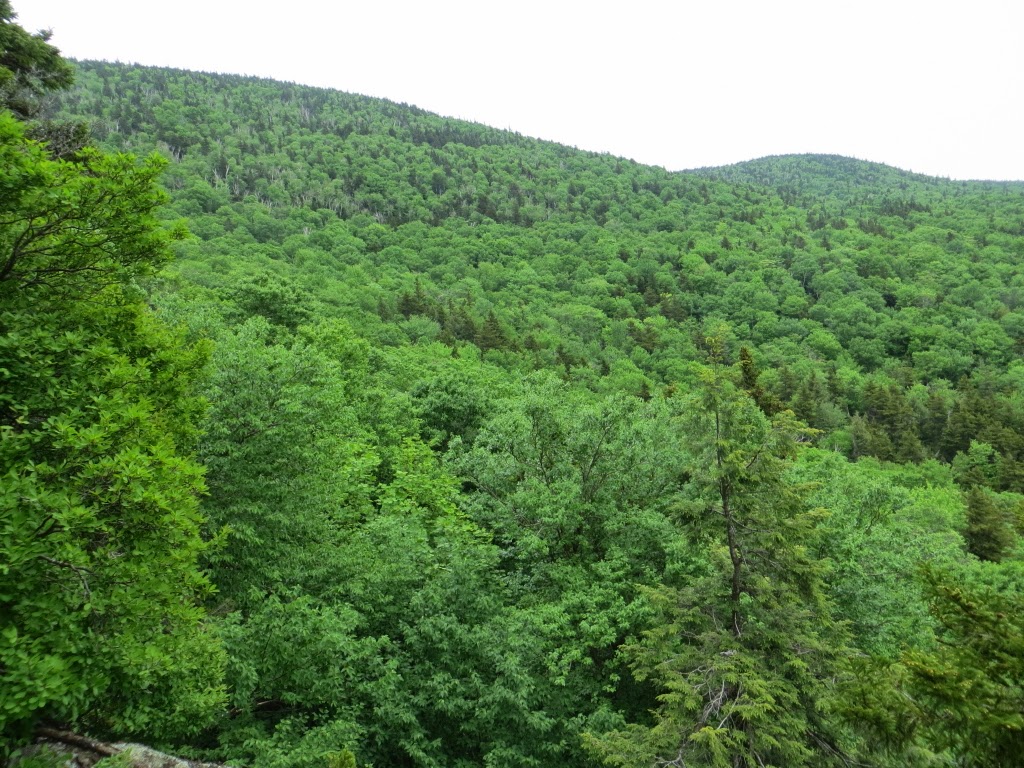 On the way back down to the road, I came upon this good-sized bracket fungus. 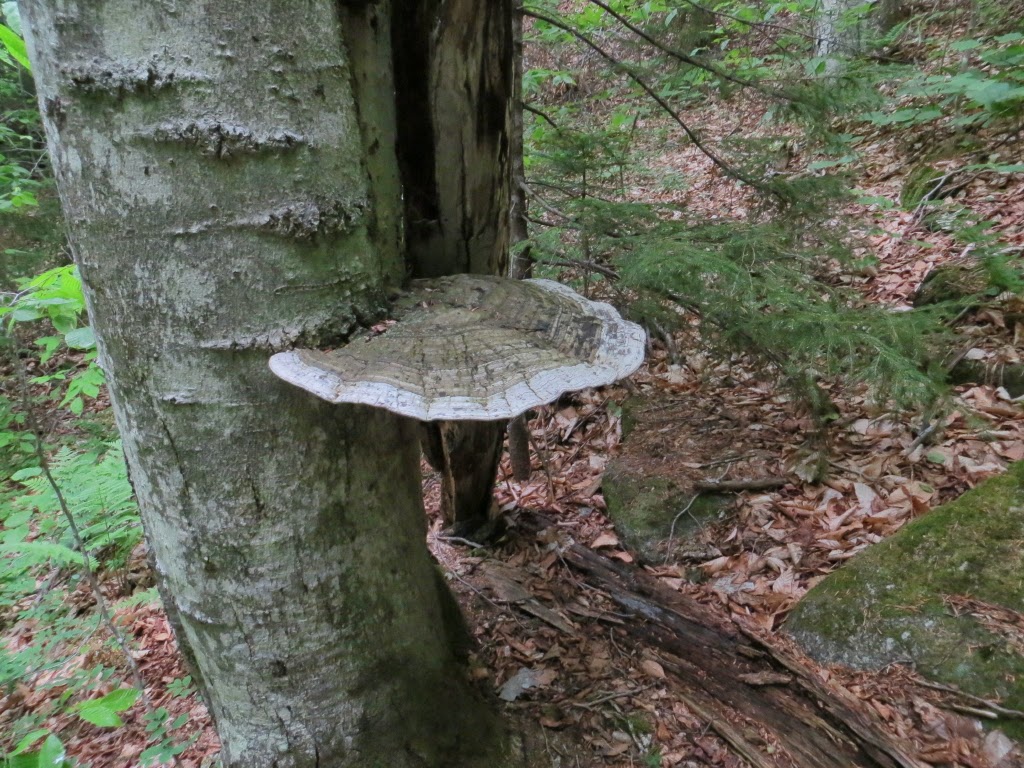 Mossy ledges on lower Stony Brook. there's a lot to see out there in the woods! 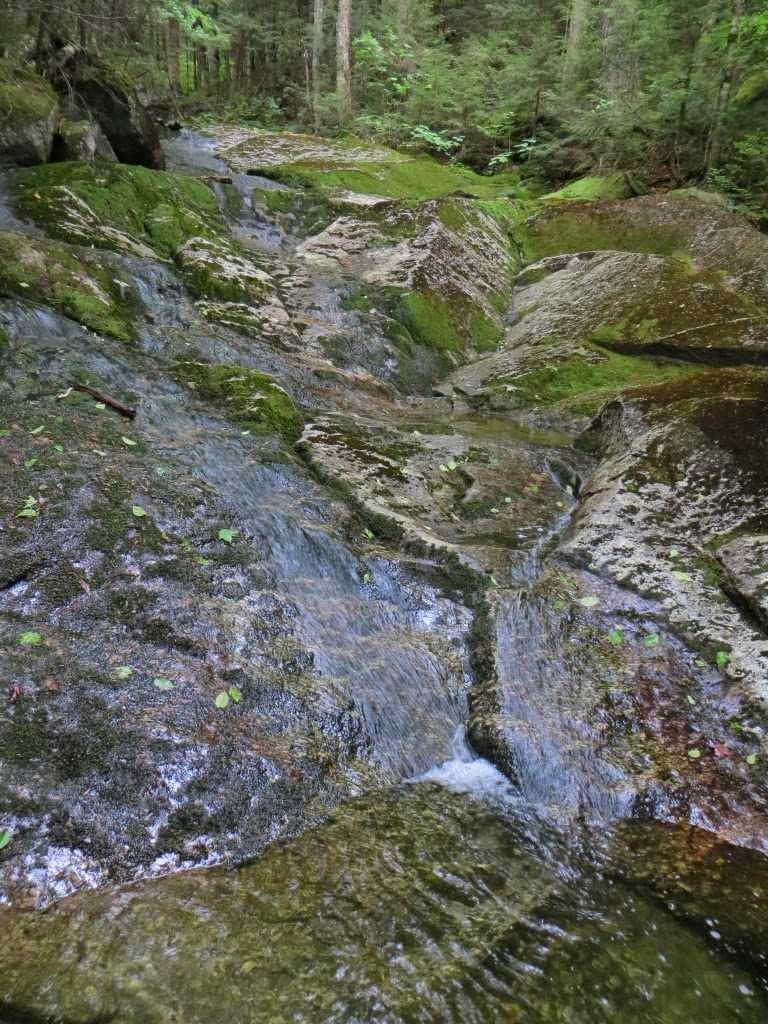