Cath Goodwin and I went north looking for snow, and we found enough at the Great Gulf trailhead north of Pinkham Notch to enjoy our first snowshoe trek of the season: a six-mile loop on the Great Gulf Trail, Osgood Cutoff and Osgood Trail. Though the cover was only a few inches at the trailhead, it was dense and firm and made for pleasant 'shoeing. 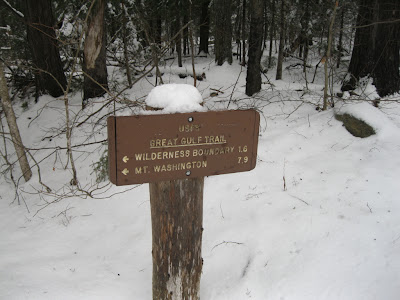 Near the start of the trail we crossed the big suspension footbridge over the Peabody River. 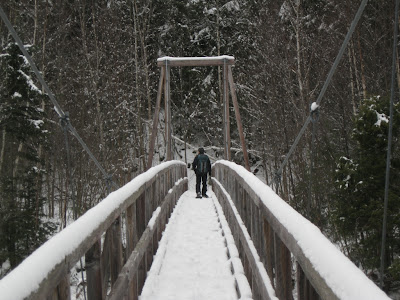 Looking upstream along the Peabody. 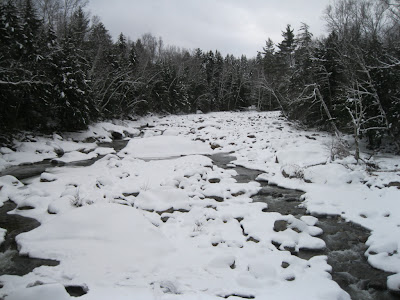 Snow garlands decorated some of the branches along the trail. 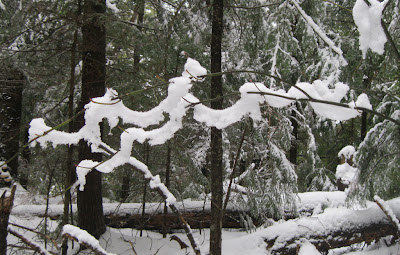 We made a short side trip to snowy ledges and a cascade on the West Branch of the Peabody, 0.7 mi. from the trailhead. 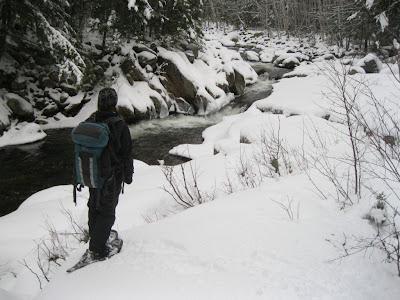 Cath spotted this winter-blooming witch hazel at the edge of the ledges. 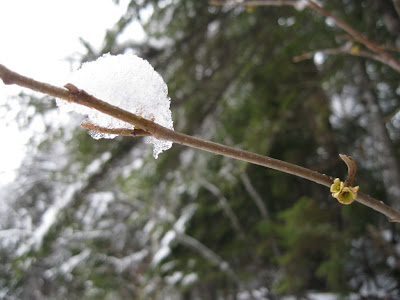 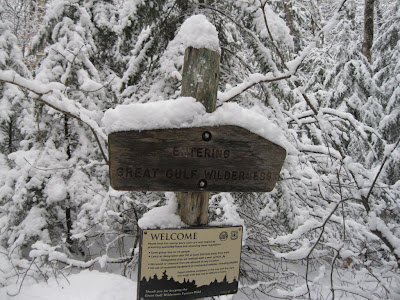 A snow-caked corridor along the trail. 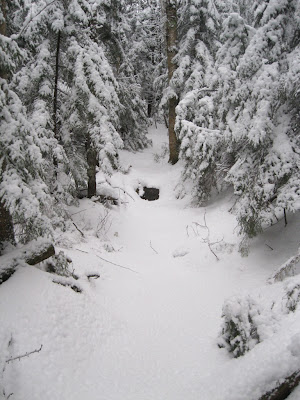 At 2.4 mi., another scenic spot where the trail touches the edge of the West Branch. It looked almost mid-winterish in here. 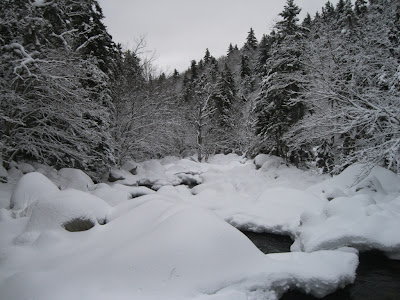 A steep pitch leads up to the gravelly opening known as The Bluff. 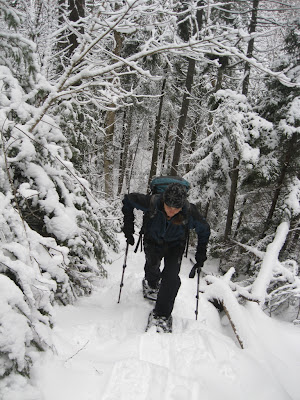 Cath scales the big boulder at The Bluff. 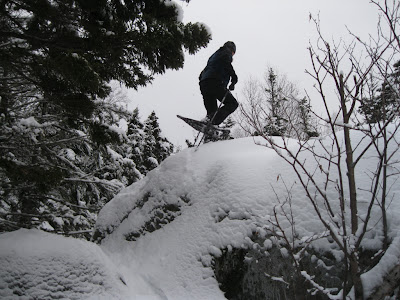 The view from the top of the boulder. Despite a forecast for partly sunny skies, it remained murky all day, with dense clouds smothering the ridges above 3000 ft. On a clear day the views from the boulder and The Bluff include Mt. Washington's Chandler Ridge, Mt. Jefferson and Mt. Adams. On this day it looked more like a scene from Finland. (The highest Presidentials did poke above the cloud deck, enabling the Mount Washington Observatory staff to capture some spectacular undercast photos.) 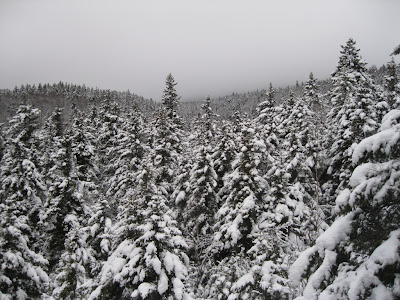 Looking down from the top of the boulder. 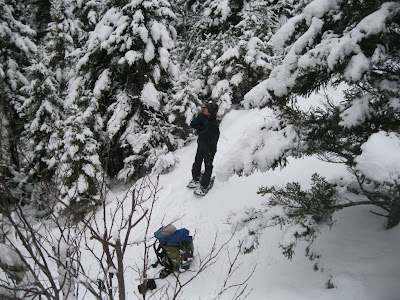 We turned onto the Osgood Cutoff, and after a short climb followed a side path to an opening with a unique view up the Great Gulf. Even with the low clouds we could see the shape of this magnificent glacial valley. 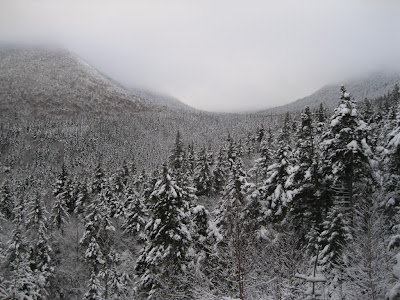 On a clear day, the view from this little spot atop an old slide is spectacular, with Mt. Jefferson and its precipitous "Knees" looming on the R. 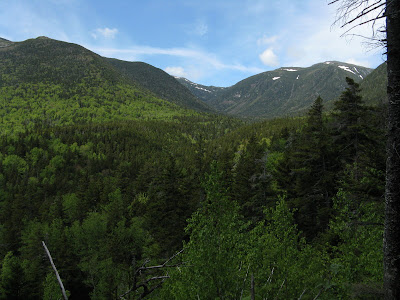 Then we enjoyed a pleasant meander along the Osgood Cutoff. 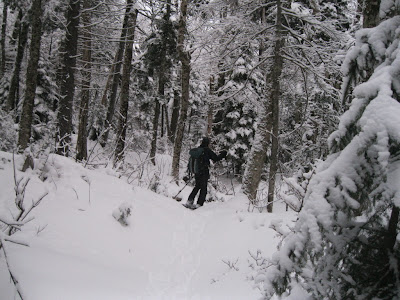 Tracings in the snow from a small critter. 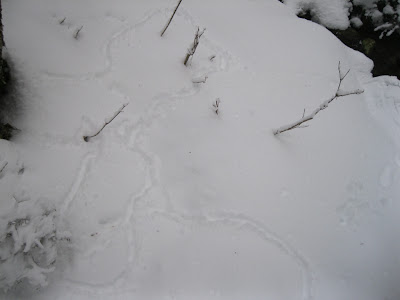 A R turn on the Osgood Trail headed us back down to the Great Gulf Trail, completing the loop. The only hikers we met were two barebooting college-age guys who were camping up near treeline on Mt. Madison. We had met them earlier as they were descending to go get a stove malfunction fixed. On our way out we met them on their way back up to their campsite.

It was an unexpected pleasure to get out on snowshoes for the first time this season. Hopefully more snow will come soon to replace that which was washed away by the rain on 12/21.

Happy Holidays to all! 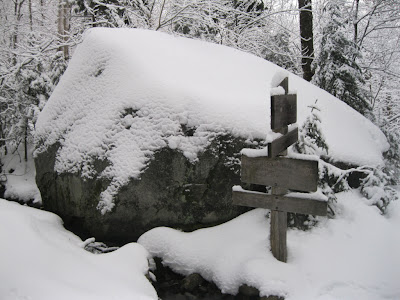