I had known and read about this little trail network in east-central Vermont for many years, but never made it over there until recent inspiration from John "1HappyHiker" Compton, who posted about it on his blog, and Joanne & Kevin Jones, who emailed me a copy of the Groton SF trail map. Thanks!

I parked a short way in off Rt. 232 at the New Discovery Campground area. There was an open gate, but I didn't want to take a chance on driving in farther, and in fact the gate was closed and locked when I came out at the end of the day. A 1.2 mi. walk down the access road brought me to a picnic shelter and the start of the loop trail around beautiful Osmore Pond. 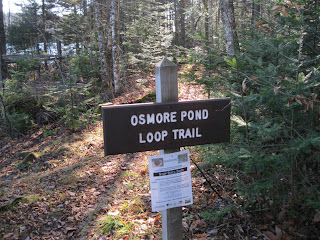 The water was blue and choppy on this cold, windy day. 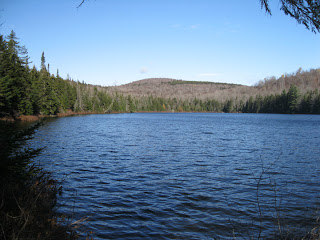 The trail along the west shore offered several views across the water, including this look at Big Deer Mountain, which I planned to climb later in the day. 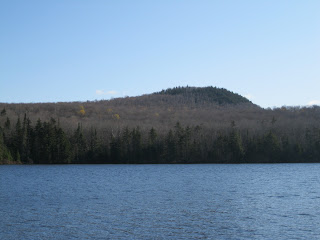 Great spot for a picnic! 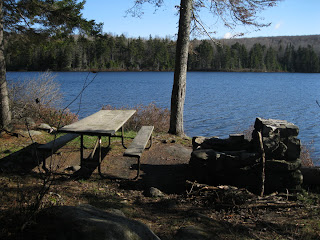 There are several walk-in lean-tos around the pond. This one has a nice sunny hardwood setting. 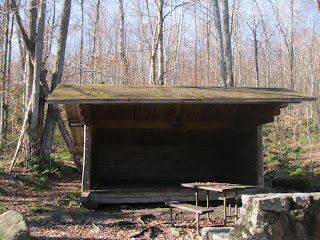 At the SW corner of the pond, I headed up the Little Deer Mountain Trail, which is actually 0.5 mi. long. 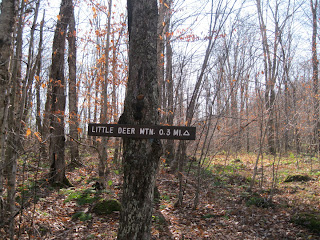 Nice hardwood forest on the way up Little Deer, with lots of still-green ferns. The outline of Big Deer can be seen through the trees. 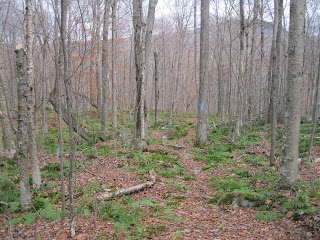 There's a fine south-facing ledge just past the 1760-ft. summit, with a view over Lake Groton and surrounding hills. 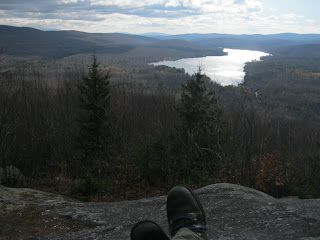 Off to the SW I could see the sharp peak of Spruce Mountain, whose tall firetower promises commanding views of both the Green and White Mountains. John also recently paid a visit there, as shown on his blog. Spruce is on the western edge of the 25,000 acre Groton State Forest. 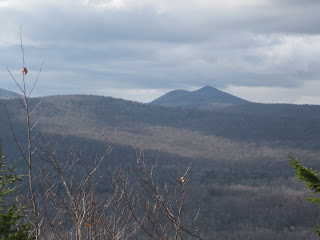 After enjoying the views on Little Deer for a while, I dropped back down to Osmore Pond and headed eastward and then north for Big Deer Mountain. A long section of trail passed through these pleasant birch woods. 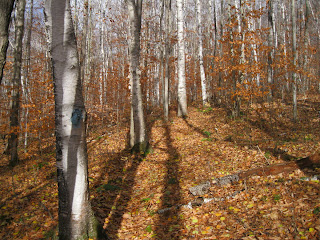 A spur trail split off and headed for the summit of Big Deer. 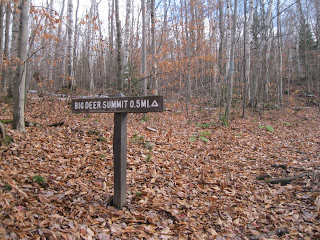 The grades were easy to moderate except for one short steep, rocky section. 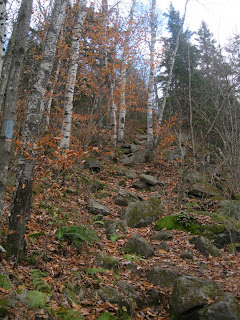 Just past the flat summit of Big Deer (1992 ft.), an unmarked side path descended left to a superb east-facing ledge that looks across a broad, forested valley to a small range of hills. This little peak is called Devil's Hill and has its own short trail and view ledges. 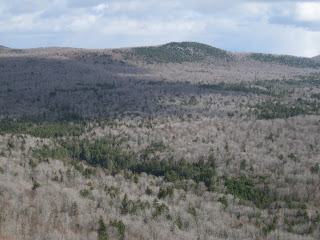 to the SE the wide view takes in 125-acre Peacham Bog and distant peaks of the White Mountains, including Moosilauke, the Kinsmans and the Franconia Range. On this blustery day the high peaks were mostly socked in with clouds and snow squalls. 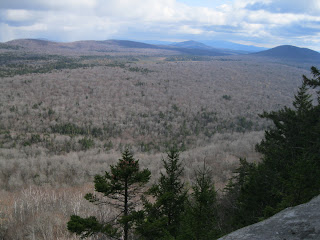 A line of snow squalls blew through the valley just to the east. 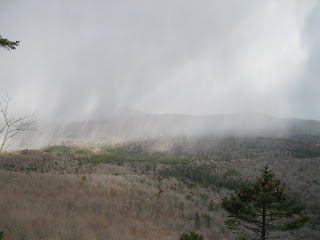 The main trail continued a short distance past the side path to the eastern outlook, skirting this big glacial erratic. 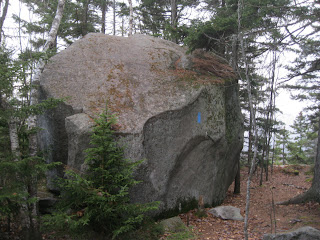 The trail ended at a southern outlook overlooking Lake Groton and the 3000+ ft. peaks of the Signal Mountain range. 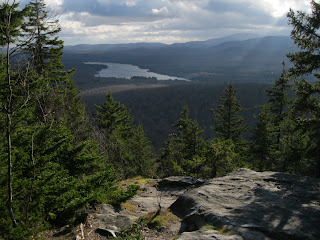 On the way back I returned to the eastern ledge for another look. Here is a closer look at Peacham Bog. 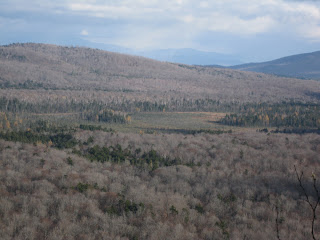 A break of sun on Peacham Pond to the north. 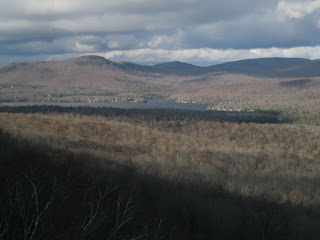 I retraced my steps to the Osmore Pond Loop Trail and headed north along the east side of the pond. 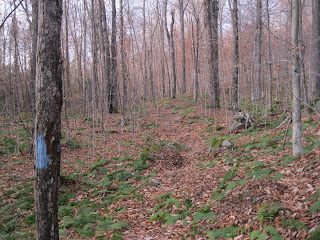 There were only a couple of side paths to views along this side, mainly at lean-to locations. The best spot was this sitting rock with a view south down the pond to Little Deer Mountain.

Gorton State Forest is definitely worth checking out. Its trail system provides several options for hikes combining small, ledgy peaks with beautiful unspoiled ponds. Parts of this trail system are covered in the GMC Day Hiker's Guide to Vermont, and a full trail guide can be found here. 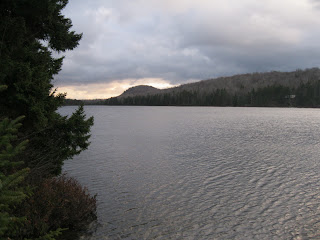