Since this tramper has not been able to spend any significant time on the trail for the past three weeks, we'll post an occasional trip report from pre-Mountain Wandering blog days. This one is from October 2008 and involves some exploring in the vicinity of the north end of Flat Mountain Pond, in one of the more remote and interesting nooks of the Sandwich Range. Farther along, the trail crosses the Whiteface River - not easy at high water - and follows along beside it. 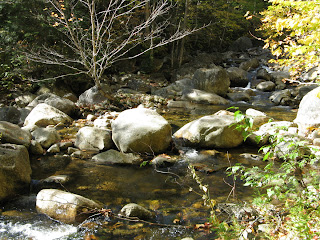 This is a nice section of walking up this valley. 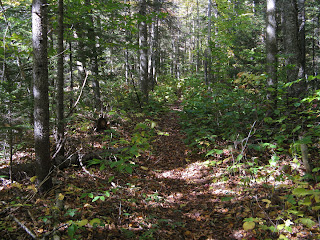 After recrossing the river three miles in or so, it leads up through a corridor of hobblebush hell. 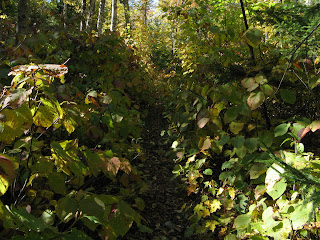 From the bog at the north end of Flat Mountain Pond, there's a long view to Sandwich Dome and its sprawling spur ridges. 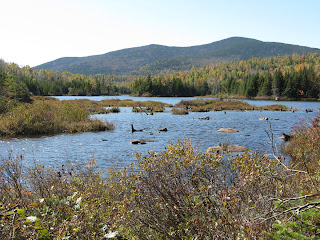 The north end of Flat Mountain Pond - a watery gem of the Sandwich backcountry. 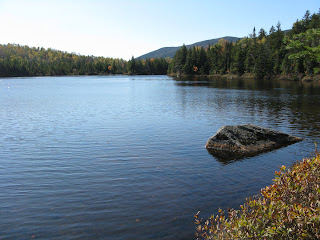 From the NW corner of the pond, a spur line of the old Beebe River logging railroad (1917-1942) leads a short distance to a pretty beaver pond with a view north towards the remote and mysterious Lost Pass, which is flanked by the northern of the two Flat Mountains on the left and a western spur of East Sleeper on the right. A closer look at the northern Flat Mountain. 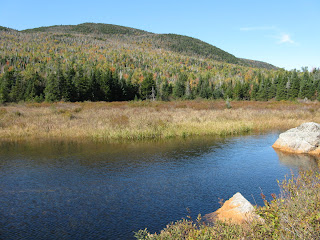 Relaxin' along the railroad grade. 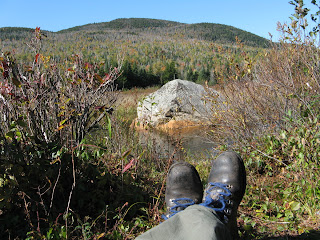 Looking back down along the beaver pond/meadow. 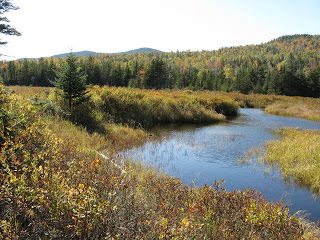 Heading north up the railroad grade towards Lost Pass. 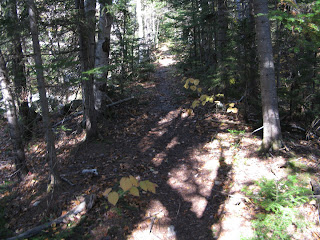 The brook that drains down from the pass. 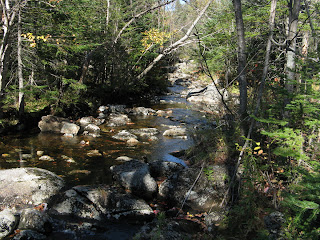 A lost piece of rail. 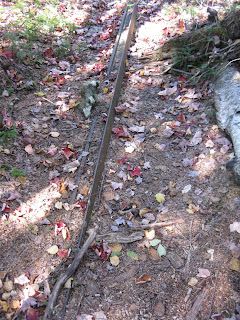 Looking across another, smaller beaver meadow towards Flat Mountain. 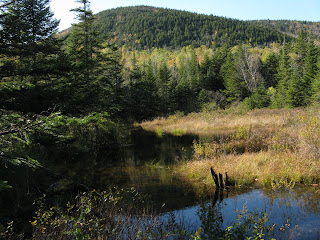 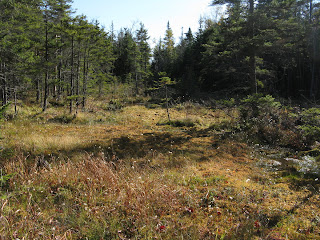 From here I struck off into the woods in search of a small, elusive ledge on a southwestern spur of East Sleeper. I'd spotted this small granite cliff from other vantage points in the Flat Mountain Pond area. Parts of the whack led through beauitful birch glades that grew up after the great 1923 Flat Mountain Pond fire, which ignited in slash from the Beebe River logging railroad operation. 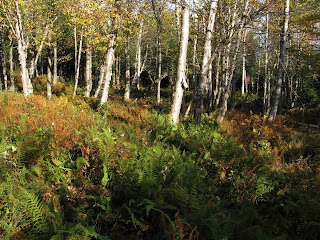 After a rather lengthy zigzagging search across the broad ridge, I found the ledge and its view of Flat Mountain Pond resting on its high plateau, and Sandwich Dome beyond. 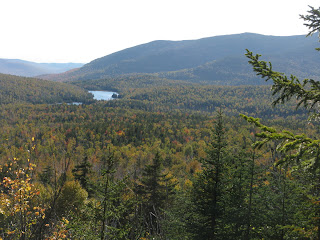 A closer look at the pond. 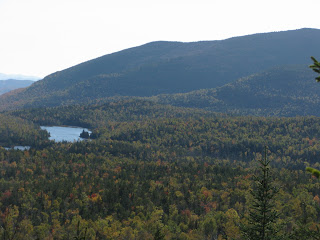 Looking SE down the Whiteface River valley to the Ossipee Range. 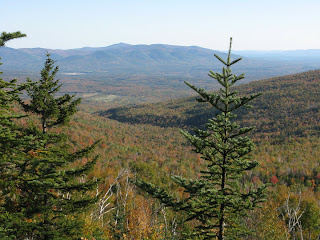 Nearby to the south, the southern Flat Mountain. 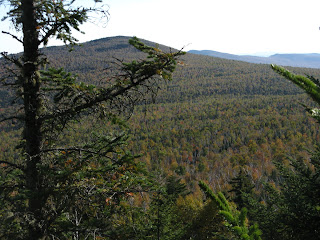 A golden glade on the way back down off the ridge. 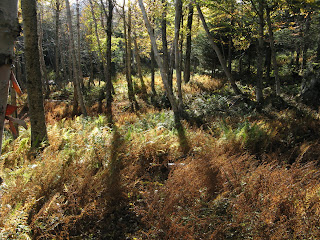 Before heading home, I poked around the site of Camp 11 on the Beebe River line. 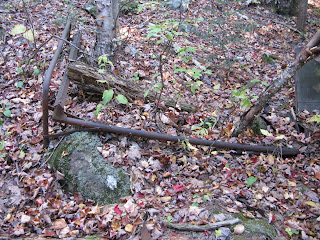 A crosscut saw blade nicely displayed on a bed frame. (A reminder that it is illegal to remove historic artifacts from the WMNF, plus it deprives others of the opportunity to see them.) 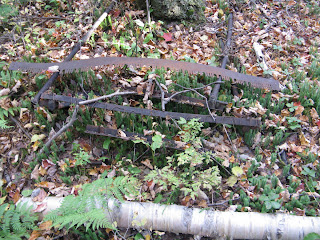 Another blade, almost buried after 80 years. 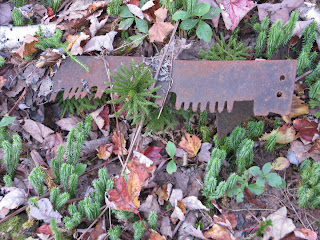 Late afternoon light on the beaver pond and Lost Pass. The beauty and remoteness of this area has drawn me back quite a few times over the years. 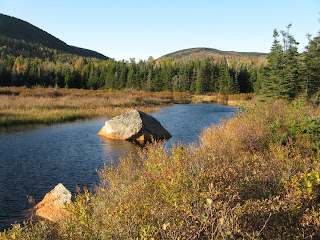