A half-day hike into the beautiful Zealand area, one of the most peaceful locales in the White Mountains. Though the red maples had mostly flamed out after a spectacular show reported by hikers a few days earlier, the scenery was nonetheless superb. This area was originally called "New Zealand" in the late 1800s, supposedly a humorous reference to its remoteness.

After an initial rather miserable rough and rocky section, the Zealand Trail is a very pleasant walk, mostly along the grade of timber baron J.E. Henry's logging railroad, which ran in the late 1880s. I call these the "halfway rocks," marking the 1.25 mi. mark of this 2.5 mi. trail. 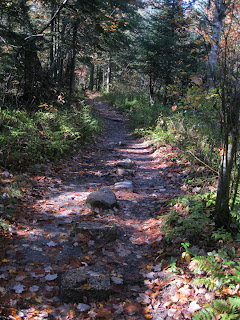 In another half-mile, you get the first of several views of the surrounding mountains across beaver ponds, swamps and meadows. This is Zealand Ridge, with Zeacliff on the L and "Zeacliff Pond Peak" on the R. 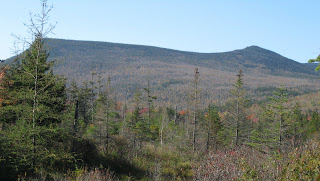 Beavers have recently flooded the approach to the "Z-bridge." 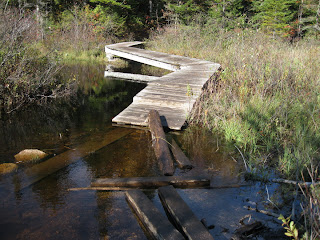 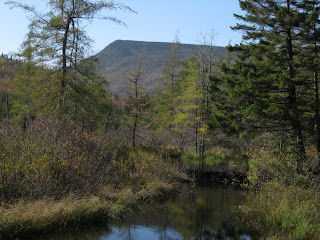 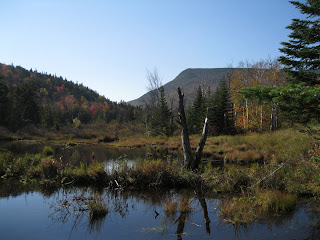 Along the Zealand Trail. 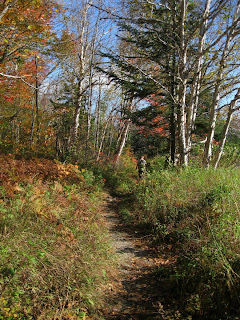 A view across another beaver pond to Mt. Tom. This flat spot was reportedly a loading area during the logging railroad days. 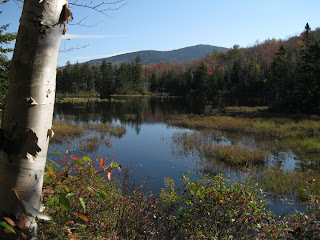 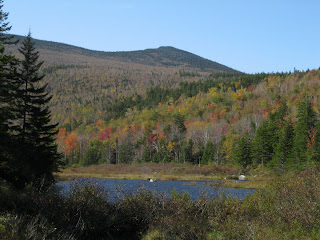 Zeacliff over the south end of Zealand Pond. 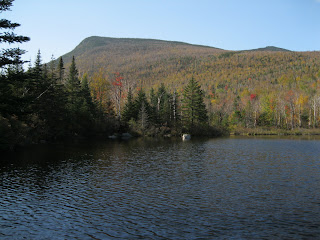 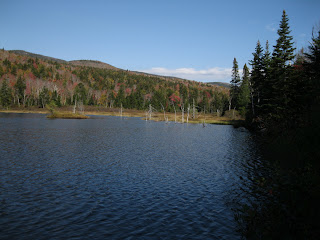 The Ethan Pond Trail heading south along the railroad grade from the Twinway/Zealand Trail junction. 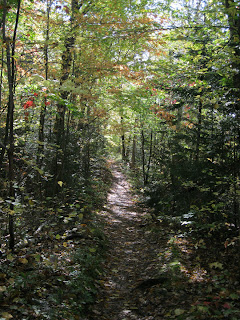 My plan was to explore in Zealand Notch today. Rather than continue on the trail out to the spectacular open rocks, I decided to do some bushwhacking along the floor of the notch, starting off with a descent through these beautiful maples. 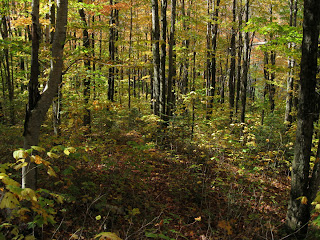 First I visited some cascades on Whitewall Brook that Ken Stampfer and I had found a couple of years ago. 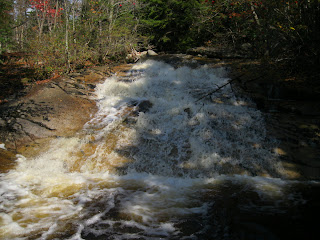 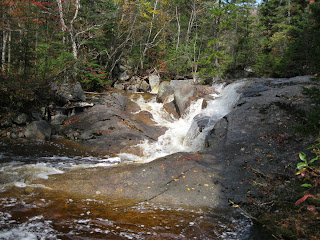 Looking south down a long reach of Whitewall Brook. 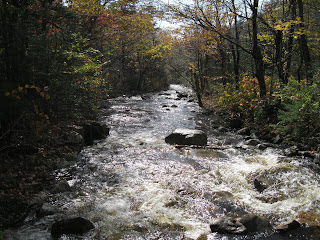 As I made my way down the sometimes brushy floor of the notch, there were occasional peeks up at Zeacliff from meadowy spots. 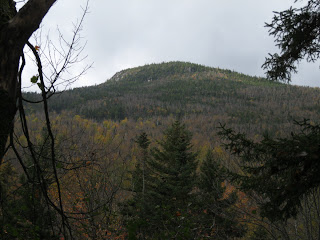 There were some lovely birch glades down there. 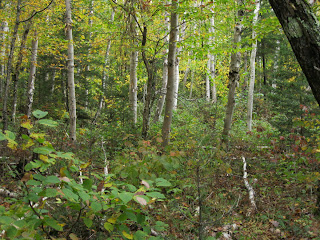 A moose bed in one of the meadows. I was hoping I didn't run into a bull, it being the height of rutting season. 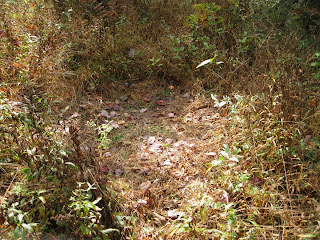 After whacking a good 3/4 mile, I came to an open area of meadows and beaver ponds, with a clear view up to Zeacliff. 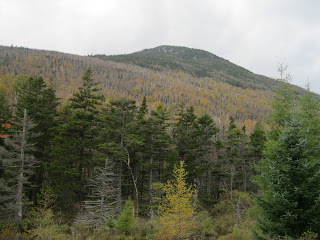 The beaver dams here looked fairly recently refurbished, with quite a bit of mud in them. 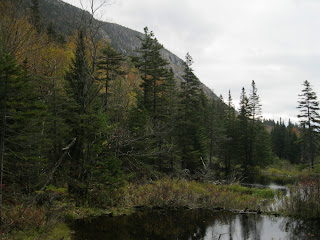 After some poking around, I found a spot with a fine view of Whitewall Mountain rising above its namesake brook in the heart of Zealand Notch. 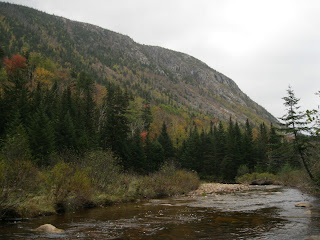 A closeup of the Whitewall cliffs. As I was preparing to leave this wonderful spot, I inadvertently dumped my camera into the brook, ker-plunk! I fished it out and tried to dry it off. 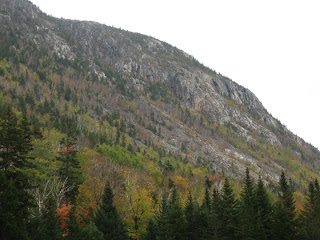 This is the kind of picture a point-and-shoot digital takes after being immersed in three feet of water. It then ceased operating entirely - Carol later told me trying to operate it after it's wet is the worst thing you can do. A week later, though, it's working again, but for how long, who knows? Despite my bonehead move, it was yet another rewarding visit to Zealand country. 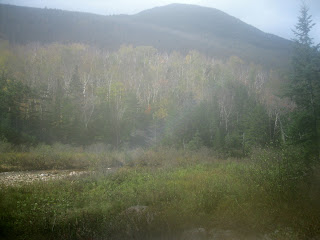