I'd often read the intriguing side note about the South Landaff Road in the White Mountain Guide description for the Cobble Hill Trail, written by longtime editor Gene Daniell. But I'd never walked this old road, which in the late 1800s served the remote hill farm community of South Landaff. The only report I've ever seen on this walk was posted on Views from the Top by John "1HappyHiker" Compton in the fall of 2009.

With generally dreary weather forecast for the week, it seemed a good time to investigate this historic lowland route. To get to the South Landaff Road, you walk 0.7 mi. up the Cobble Hill Trail, which is itself a succession of woods roads. There is parking space and a sign for this trail beside Rt. 112. 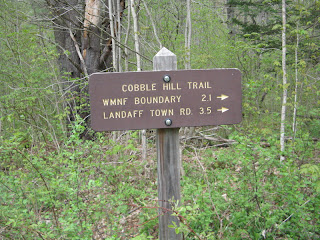 Just a minute or two up the trail there is a fine cascade on Dearth Brook. To get the view pictured here you must bushwhack a very short distance down the bank. You can also see the cascade from above right along the trail. 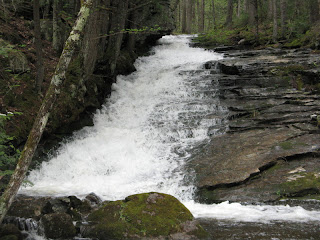 The walk up the Cobble Hill Trail is quite pleasant, as the road is older and grassy. 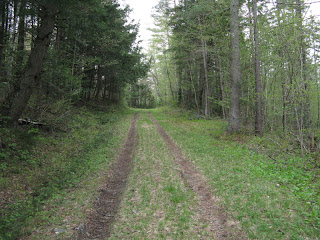 Looked like there was a healthy-sized bear in the neighborhood. 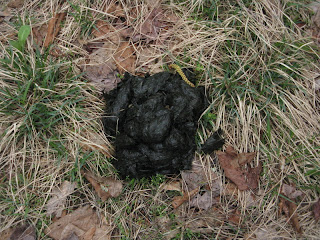 Initially, the South Landaff Road was a big disappointment. It started out briefly wet and rocky, then deteriorated into a muddy mess. This section was probably wet to begin with, but illegal ATV use has greatly compounded the problem. It's no wonder the WMNF Forest Plan excluded them from the trails, after initially considering the Landaff and Moat areas for a trial run allowing ATV use. 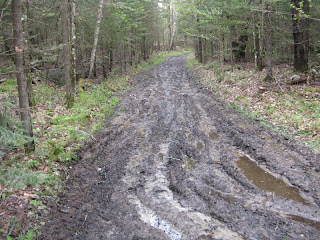 In just 0.2 mi., though, the first interesting feature appeared on the R - an apple orchard, released from tree competition by the Forest Service 12 years ago and maintained since then as a wildlife food source. There are several such orchards along the 2 miles of South Landaff Road within the WMNF. From this one you get a glimpse of flat-topped Cobble Hill. 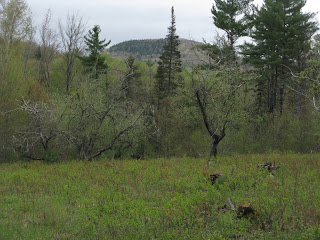 There was also a cellar hole here, perhaps corresponding with a building shown in this location on the 1929 USGS Moosilauke 15-minute quadrangle. 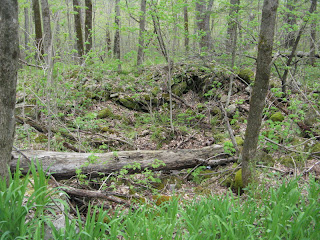 After about a half-mile the road dried out and offered pleasant grassy walking. There were a few other muddy stretches, but none as bad as that first one. 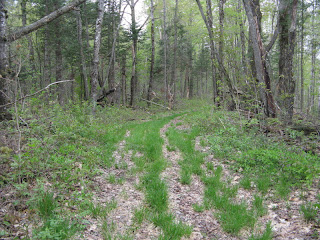 Nearly the entire length of the road was lined with stone walls - more than I've seen anywhere in the WMNF that I can recall. It gives the area a neat rustic, Robert Frost-ish feeling. I especially liked the hardwood glade that has grown up behind this wall. 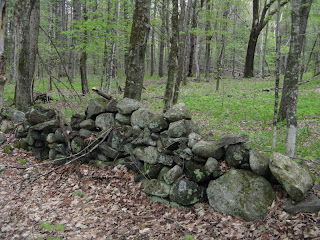 Where the road crossed a couple of adjacent brooks, there was a small cascade. 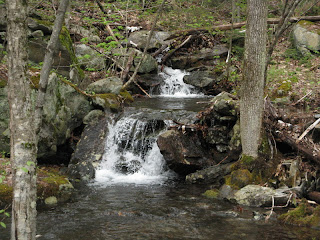 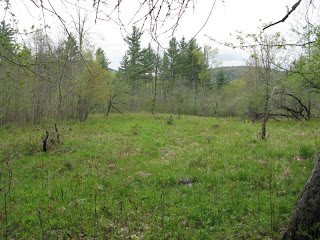 I wondered what this stone pillar was used for - some kind of gate? 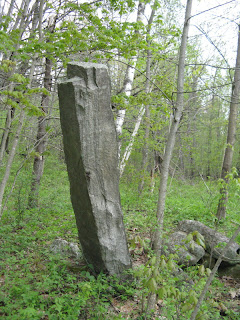 This was my favorite part of the road, lined with hardwoods, and orchards on either side. 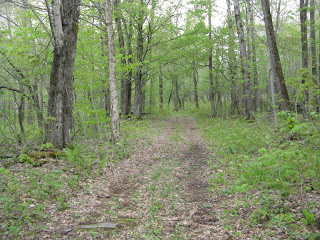 Off the road here was a large cellar hole with an assortment of rusting stuff inside. 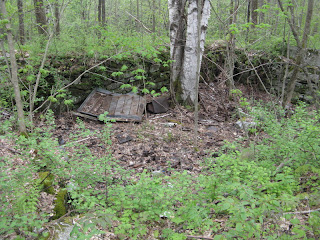 A big coffeepot? (Visitors should remember that these are considered historic artifacts, and removing them from the WMNF is illegal, with hefty fines for offenders.) 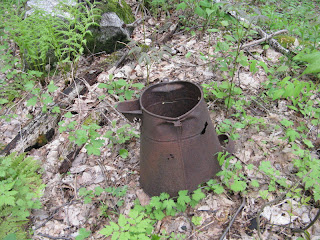 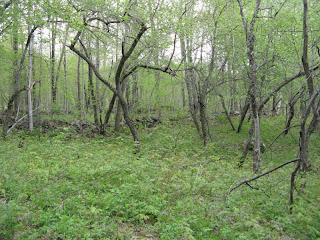 Could be an interesting story here. 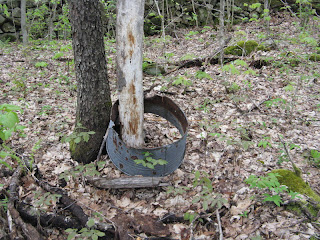 At the two-mile mark, shortly before it leaves the WMNF, the South Landaff Road crosses Petty Brook. 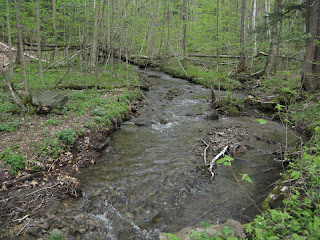 On the way back I took a lunch break on a log and spotted this big hoop. 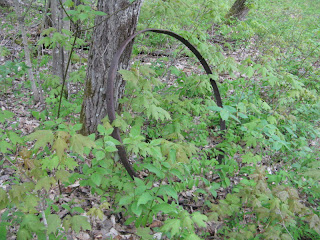 From the edge of one orchard there's a view of Black Mountain in the Benton Range. 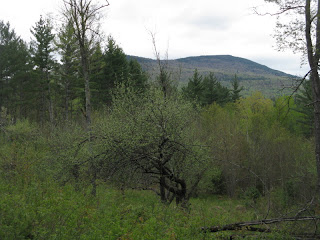 I made a short bushwhack to a beaver meadow shown as a water body on some maps. A random wild spot in a lonely corner of the WMNF, with no mountains in sight. 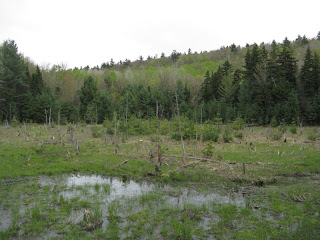 Back at the trailhead, I crossed Rt. 112 and followed an old dirt road 100 yards to a scenic spot on the Wild Ammonoosuc River. 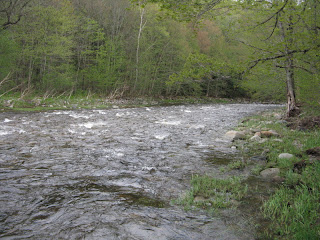 On the way home I stopped at Agassiz Basin on Moosilauke Brook (Lost River), an interesting gorge accessed by a short path and bridge just east of Govoni's Restaurant on Rt. 112. 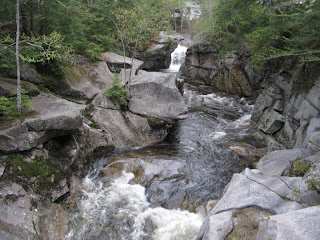 A path leads upstream to where another bridge used to lead across to the restaurant; this has either been dismantled or washed away. Here is the famous Indian Leap, a finger of rock projecting partway across the gorge. Supposedly the jump across the gap was a test of courage for Indian braves. I wouldn't have made the cut. 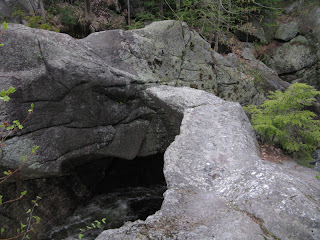