A  morning hike to one of the best of the smaller peaks, 2700-ft. Potash Mountain, with terrific close-up views of the Sandwich Range high peaks. "The Potash is a singular little mountain, whose top and sides are composed of coarse white granite, rendering it a conspicuous object even when seen from a great distance,” wrote Moses Sweetser in his 1876 guidebook. In 1916 local historian Charles Edward Beals, Jr. wrote that “..its steepness, shape and bare ledges give it an imposing distinctiveness.” This photo of Potash was taken a week earlier from the Downes Brook Slide across the valley. 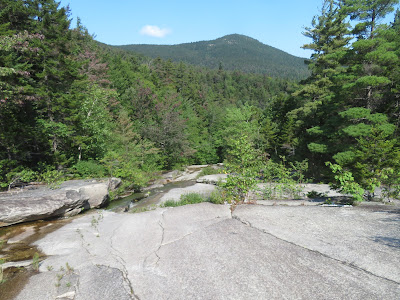 View of Mts. Passaconaway and Whiteface from a ledge outlook on the NE shoulder of Potash. 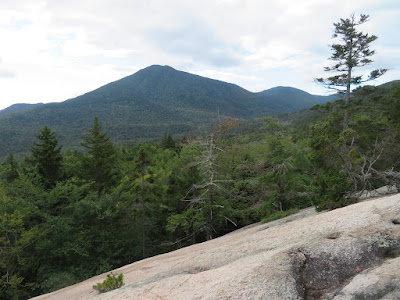 The upper slopes of Potash are cloaked in a beautiful spruce forest. 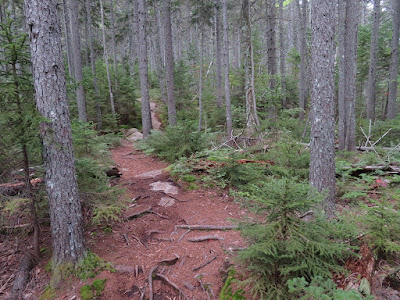 Passaconaway and Whiteface from ledges on the southern flank of Potash's summit cone. 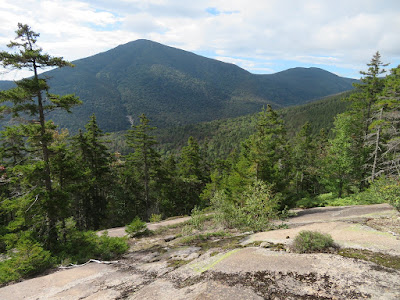 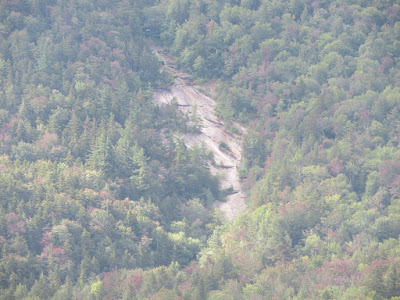 Ledge slabs along the trail. 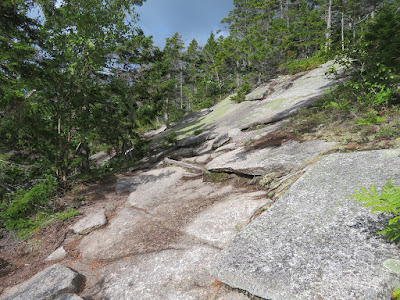 North view from the summit, the higher peaks socked in. 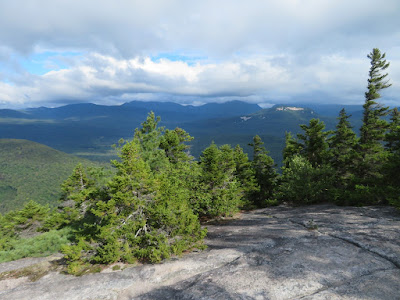 The best views are from ledges on the SW side, looking up the Sabbaday Brook valley into the heart of the Sandwich Range Wilderness. 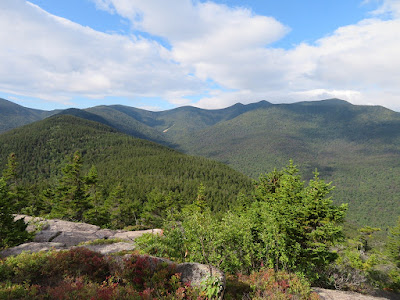 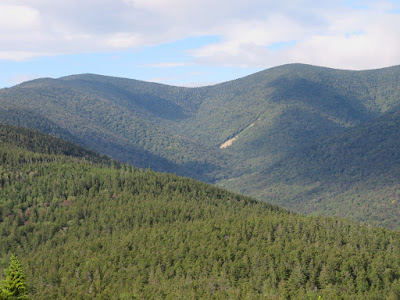 The lower part of the massive slide that scarred West Sleeper during Tropical Storm Irene in 2011. 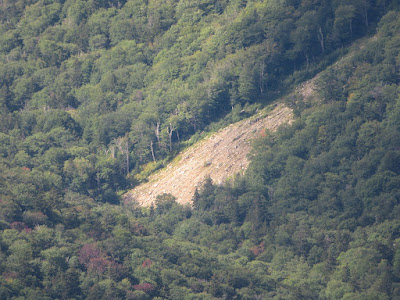 Mt. Whiteface rising from the Downes Brook valley, marked by a large slide that fell during a storm around 1920. 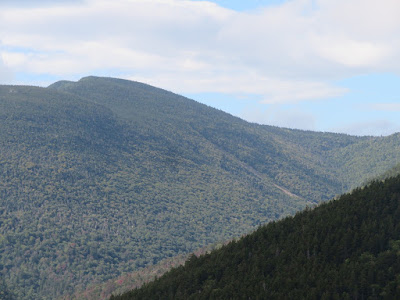