Last weekend a customer at the store reported a number of blowdowns along the UNH Trail on Hedgehog Mountain. Mark Klim and I had just done a fall maintenance trip on the west half of the trail last Monday, so I figured they were caused by the high winds Thursday night and Friday. So one more fall trip to Hedgehog...

UPDATE: A big thanks to Chris Garby, the master axeman, who went up afterwards and removed the large blowdowns in photos #3-#6!

This one was easy. 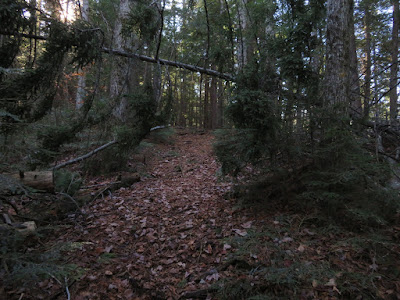 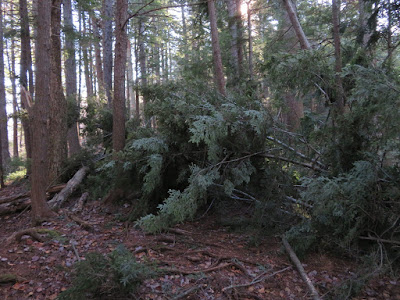 An hour and a couple dozen cuts later it's back in business. Trunk later cut back by axeman Chris Garby - thanks! 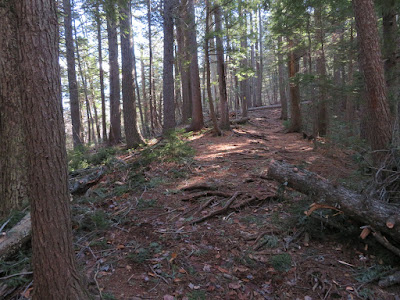 Left this big spruce for chainsaw or axe work.
Cleared later by by axeman Chris Garby - thanks! 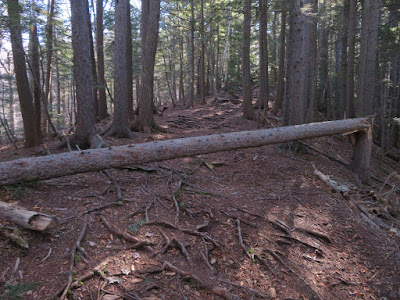 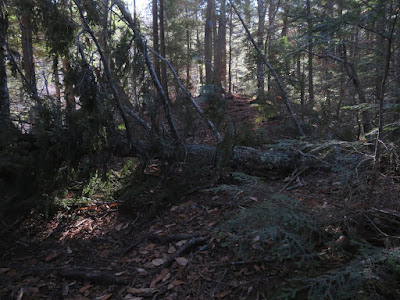 Trimmed it up for easy passage.
Trunk cleared later by by axeman Chris Garby - thanks! 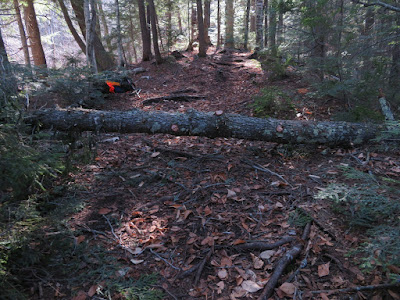 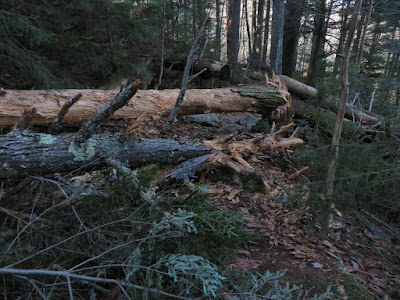 Cut the one the Silky could handle and cleared a short bypass around the other. 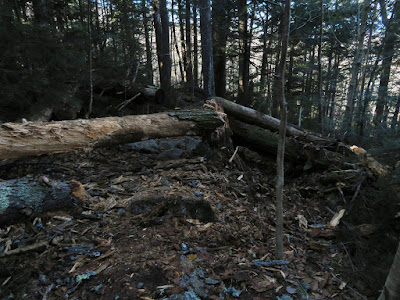 Lunch break on Allen's Ledge, looking across the Albany Intervale. 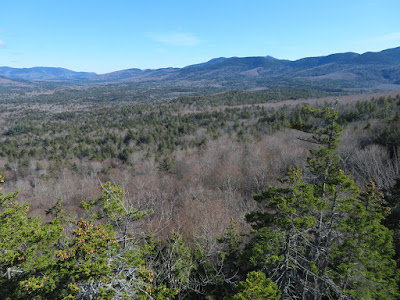 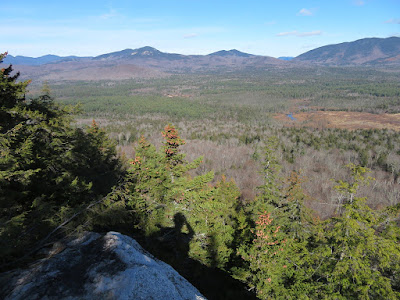 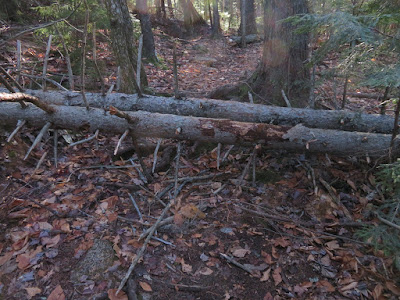 These were the last new blowdowns on the west side of UNH Trail. 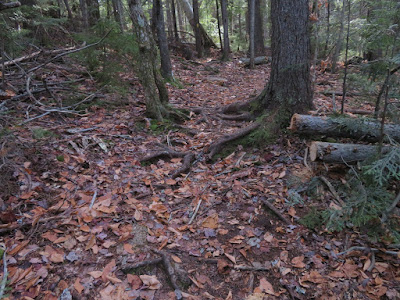 Mt. Chocorua and Mt. Paugus from the summit of Hedgehog. 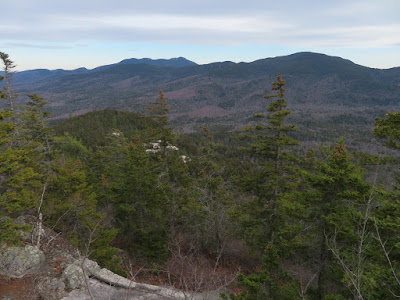 Oliverian Brook valley leading out to Paugus Pass. Must be November - not a speck of color out there. 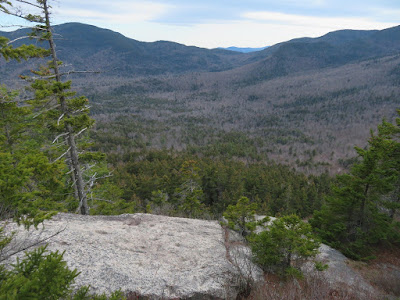 The mighty Passaconaway and its eastern spurs. 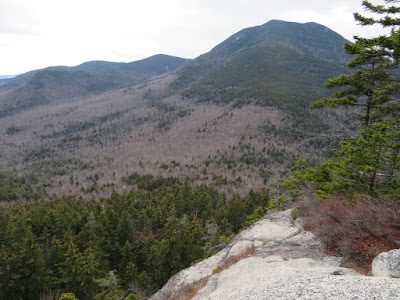 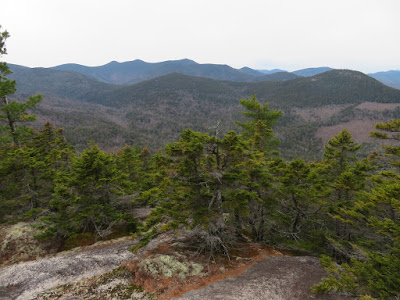 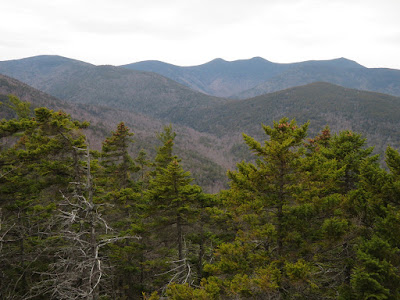 Hancocks and Carrigain. Bond, South Twin and Guyot in the distance behind The Captain. 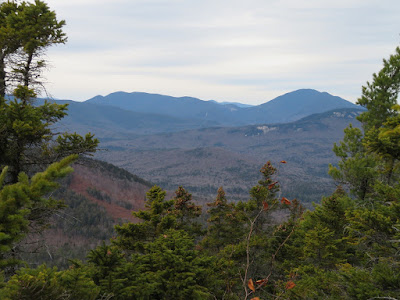 More views as the trail zigzags down off the summit. 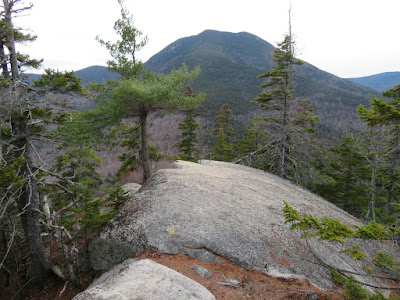 A wild section of trail dropping off the summit en route to the East Ledges. 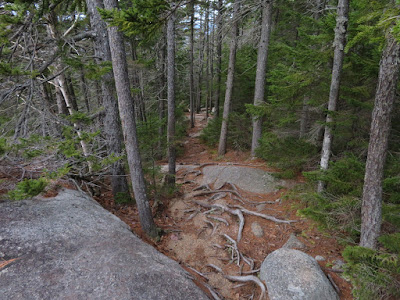 Rock wall hidden in the forest. 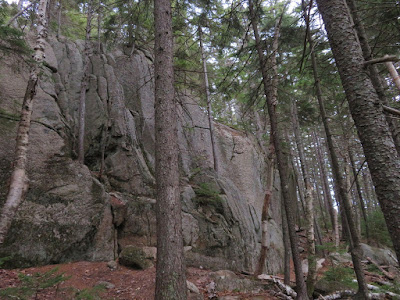 Mt. Chocorua from the East Ledges. 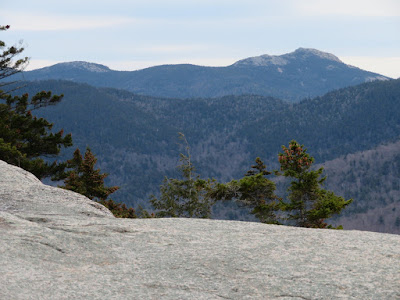 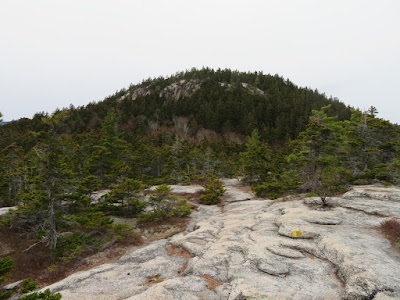 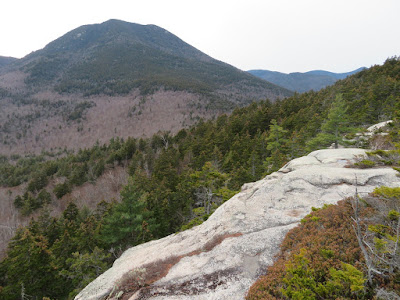 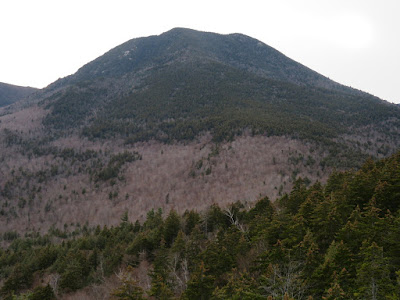 Weird light over the Sleepers. 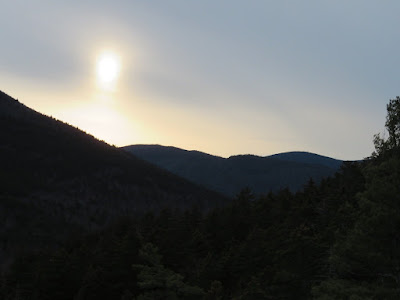 Steep face of the East Ledges, where some early rock climbing took place in the late 1920s. 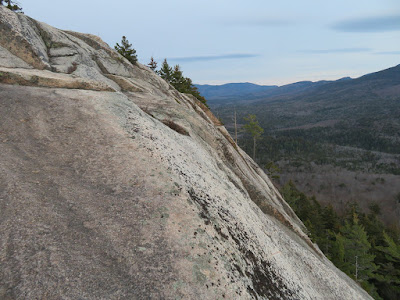 A gathering of boulders. 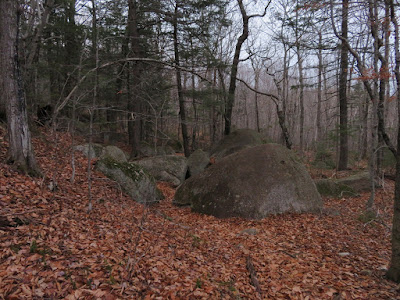