On Valentine's Day I enjoyed an easy afternoon hike on Smarts Brook area trails to replace a missing geocache at a frozen beaver pond with views. Lots of beaver sign and saw a pair of White-winged Crossbills.

The beaver pond is a stark scene on a cloudy afternoon. 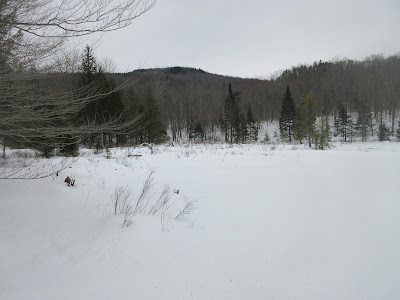 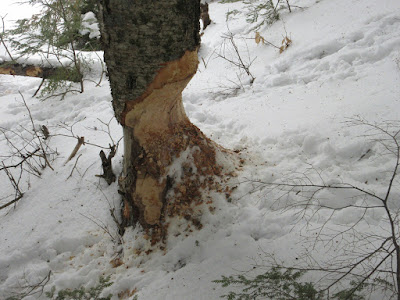 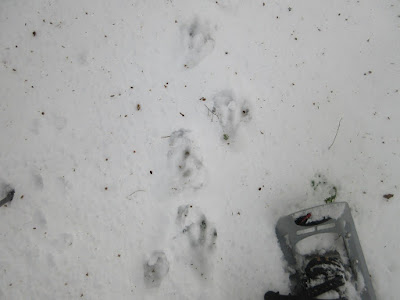 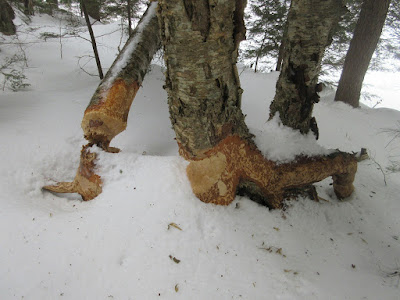 A peek at Sachem Peak. 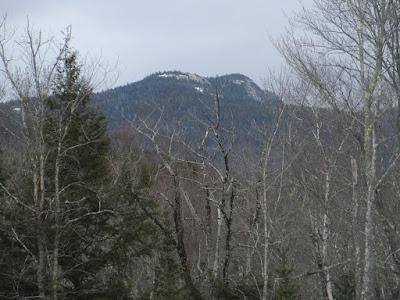 Middle Acteon Peak as the sun finally emerged late in the day. 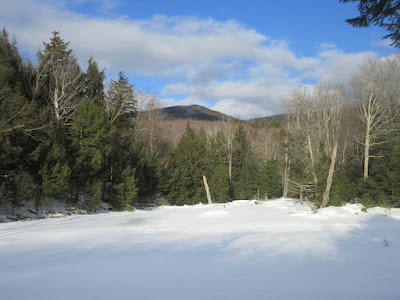 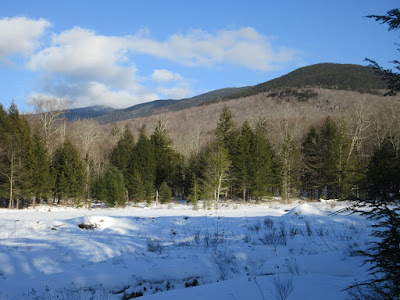 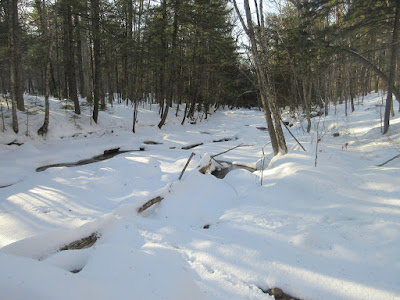 A short snowshoe hike and bushwhack off the beaten path, enjoying the last powder we'll see for a while with an upcoming thaw.

I went about a mile up the Drakes Brook Trail, into the Sandwich Range Wilderness. 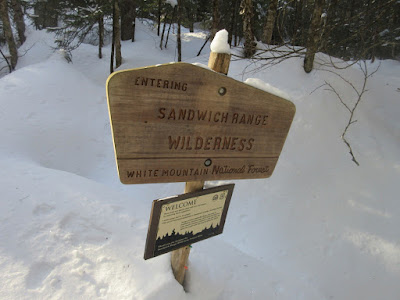 Good 'shoeing on Drakes Brook Trail, originally called the Drake Valley Trail when it was first opened in 1921. The lower part doubled as a ski trail in the 30s. 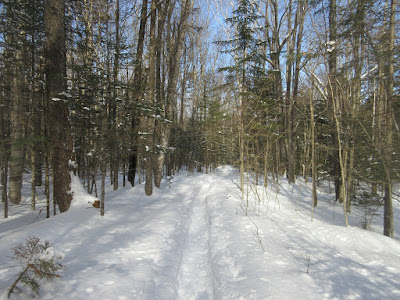 Heading up through open hardwoods at first, seeking a small ledge I had spotted on Google Earth at the base of Noon Peak. 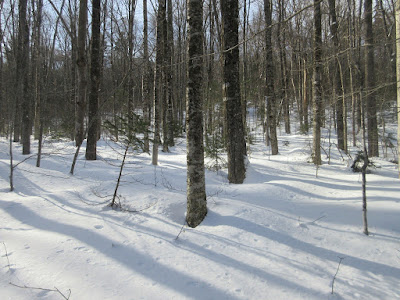 Snow sculptures in the forest. 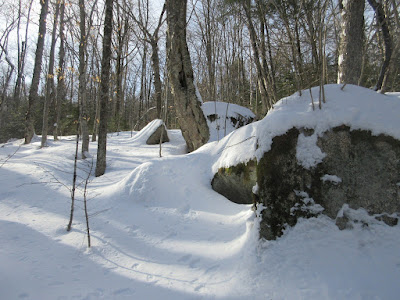 There was a 5-6" layer of powder atop a somewhat firm, deep base, making for fairly heavy going. 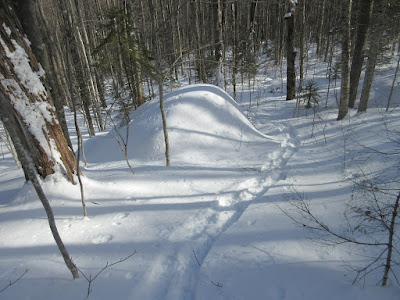 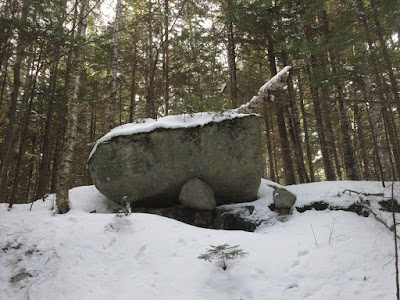 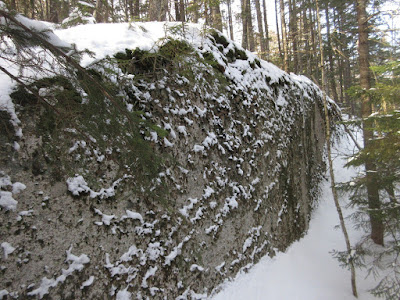 The ledge is in sight above. 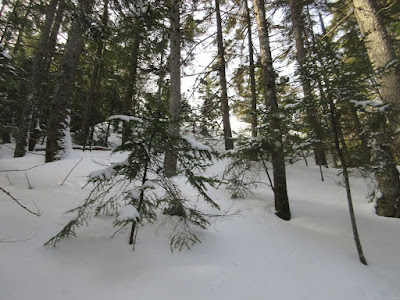 I was pretty sure it would be viewless, and it was, but it was fun to find it using a waypoint - sort of a nature-made geocache. 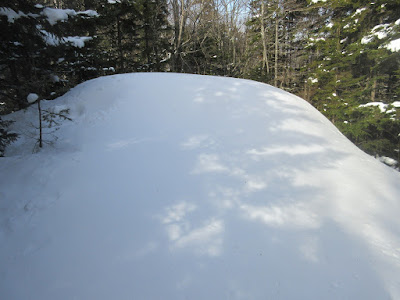 The ledge with tracks. 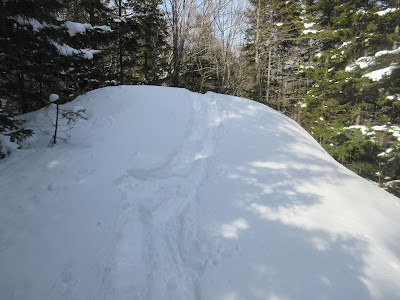 Right behind the ledge there's a shelf or seam that you can see on Google Earth. 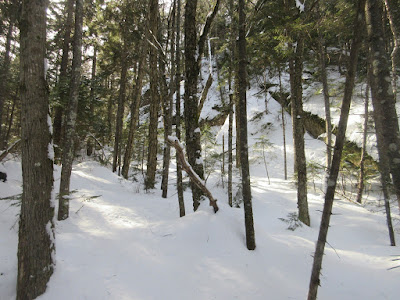 Above the seam the slope of Noon Peak shoots up in wild, wooded cliffs. 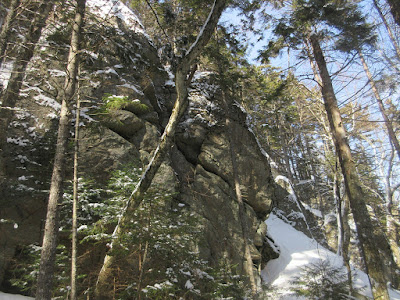 More cliffs. The east face of Noon Peak is impressively rugged, even down low. 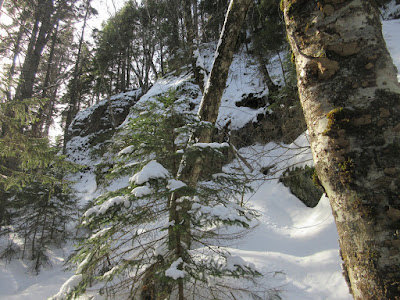 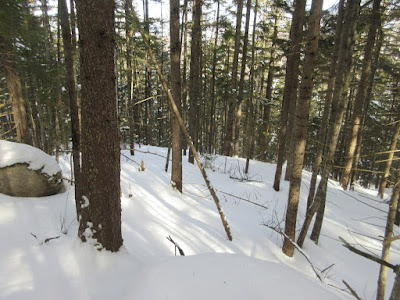 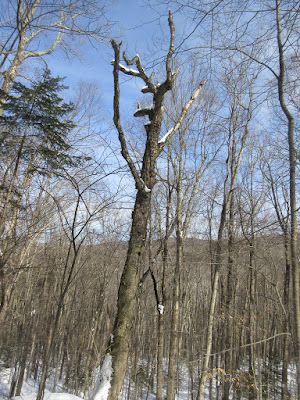 Untracked snow in the hardwoods. 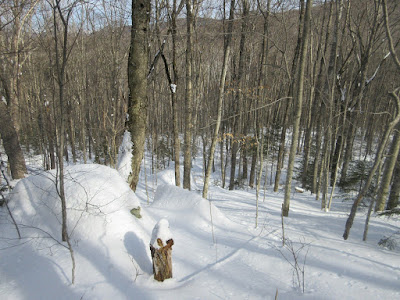 Drakes Brook at the trail crossing. The snow bridge will likely be gone soon. With warming temperatures, the snow was already starting to clump up on my snowshoes by late morning. 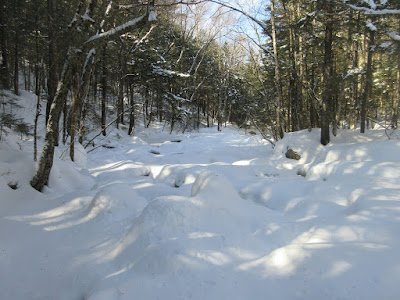 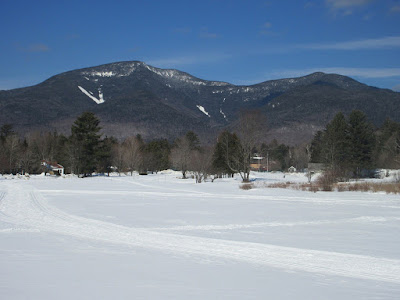