The next several days of our stay in the Catskills featured generally gloomy weather, but we made the most of it.

The rushing West Kill runs along the start of the Diamond Notch Trail, where we sought a geocache that was one of 22 in a puzzle series. Carol solved all the puzzles and together we found all 22 caches over two days. The caches were scattered across many remote back roads in the Shandaken area. 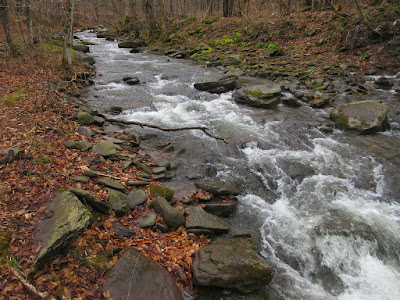 An avid peakbagger was parked at this trailhead, leaving a note that he was climbing both Southwest Hunter and West Kill Mountain on this foggy day. 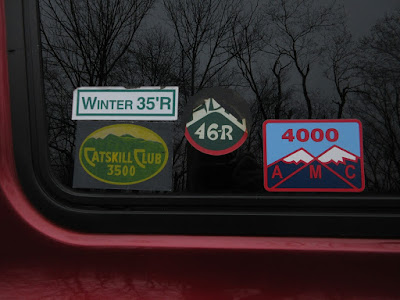 A waterfall just above Rt. 42 in Deep Notch, the point where the traditional bushwhack route for 3500-foot peak Halcott Mountain begins. 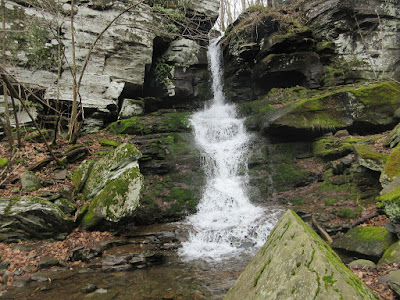 One of the geocaches was located near this brook, which I had visited a year earlier at the end of a long bushwhack over North Dome and Sherrill Mountains. 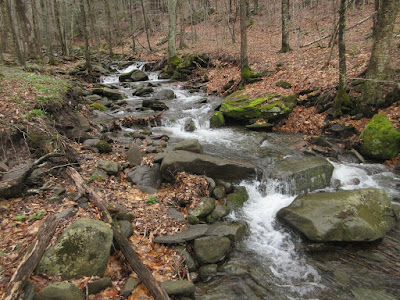 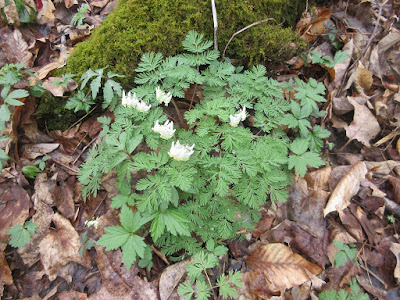 Another cache brought us along an old railroad bed beside Esopus Creek. 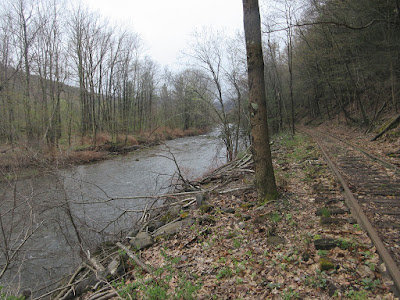 After finishing up the cache series, we took a late afternoon hike (4 1/2 miles round trip) into beautiful Rochester Hollow, in the Shandaken Wild Forest. 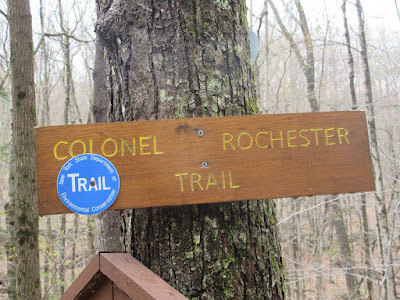 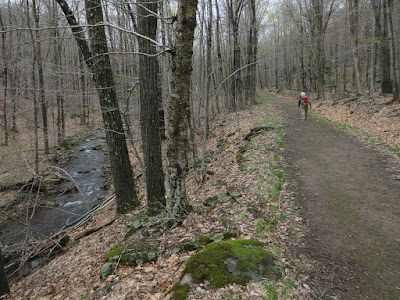 There are two primitive campsites a short way in. 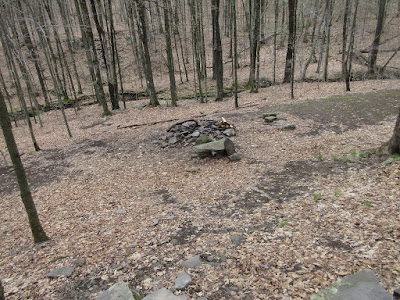 Stone walls, drainages and other fine examples of stone work are seen all along the trail. 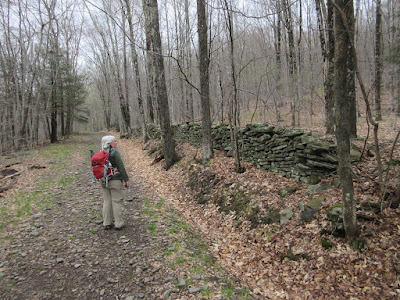 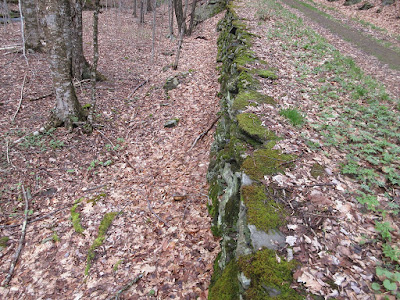 A side stream tumbles in over mossy rocks. 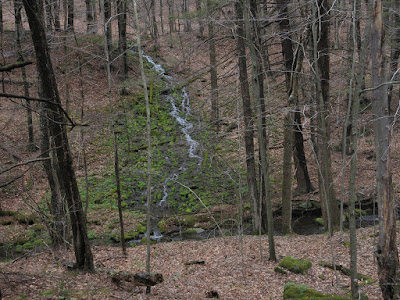 The trail passes through a stone gateway - part of an old estate - halfway up. 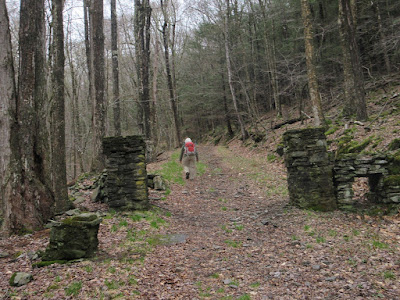 I would follow this newer yellow-blazed trail on the return trip. 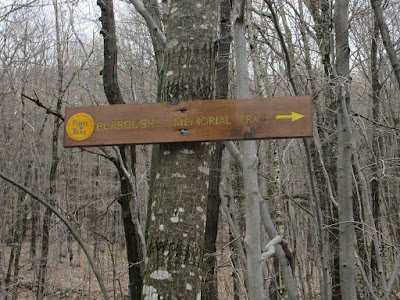 A memorial to John Burroughs, the great Catskill naturalist and conservationist. It was built in 1921 by a school for troubled adolescents run by a New York philanthropist. 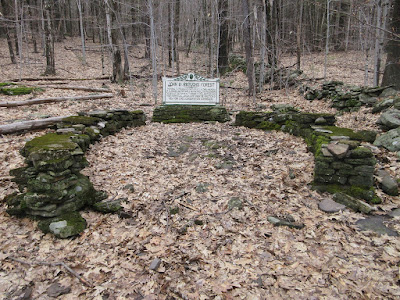 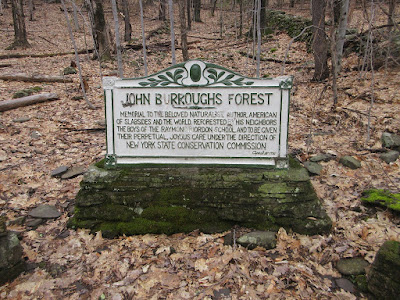 The school built many stone walls, including this one leading up towards the Rochester Hollow Lean-To. 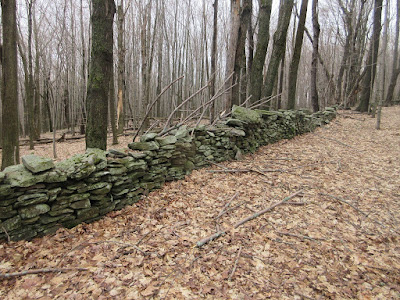 Park-like hardwoods have reforested areas that were once farmsteads. 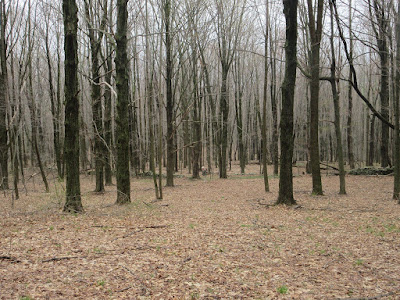 The lean-to provides a nice resting spot near the trail's end. 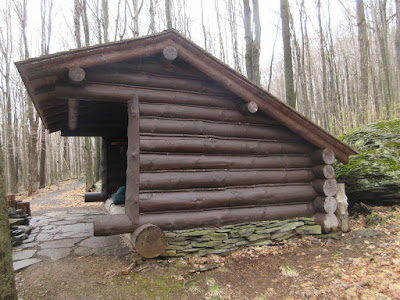 A two-tiered pool that presumably supplied water for the old estate. 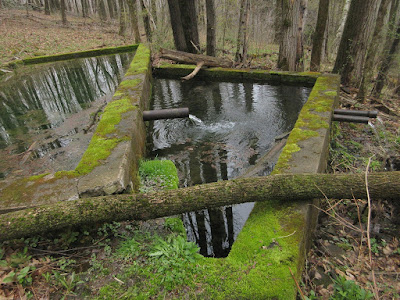 The lean-to is tucked back up in the woods. 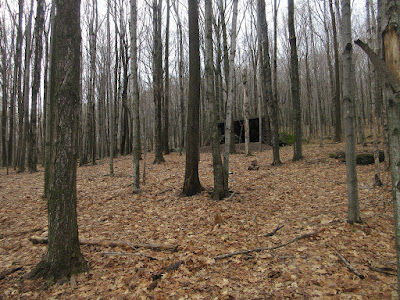 An old foundation along the trail. 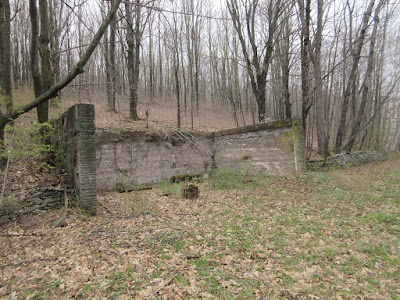 Heading back down the upper part of the trail. 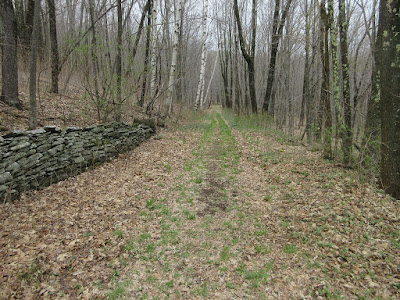 The yellow-blazed Burroughs Memorial Trail makes a loop past some spectacular bluestone walls. 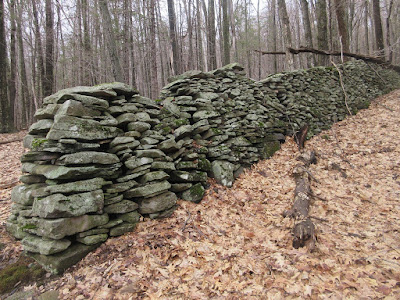 Robert Frost would have felt at home here. 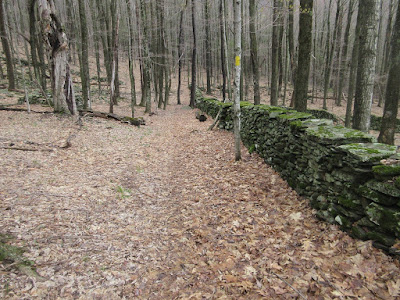 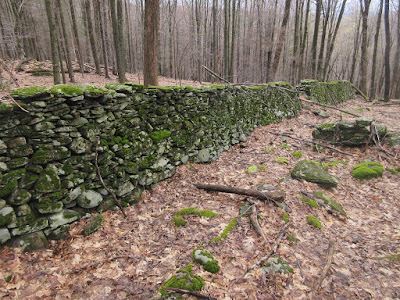 The whole area has a "land that time forgot" feeling. 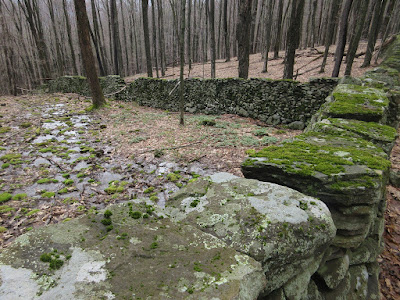 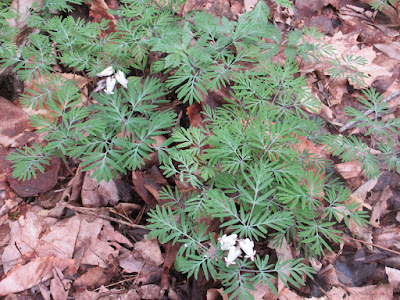 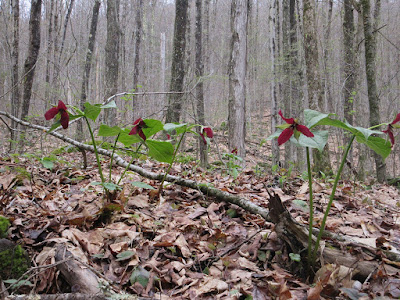