Paid a late afternoon/evening visit to a beaver pond off the East Pond Trail with impressive views of Mount Osceola. I'd been to this beaver pond along Cheney Brook quite a few times before, but almost always in winter, when it is easier to access. I figured the Osceola views would be fine on this sunny day with evening sun lighting up the slopes.

The first 0.8 mile of the East Pond Trail off the Kanc Highway follows one of the early lines of J.E. Henry's East Branch & Lincoln Railroad, dating back to the 1890s. 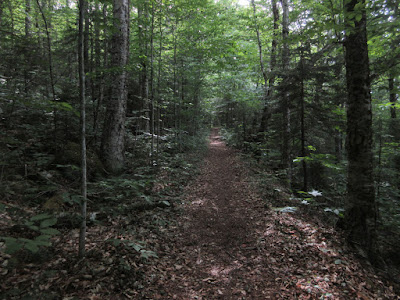 At the end of the railroad line the trail crosses Pine Brook, whose many branches drain the vast northern slopes of Osceola. Several of the branches originate on large slides. 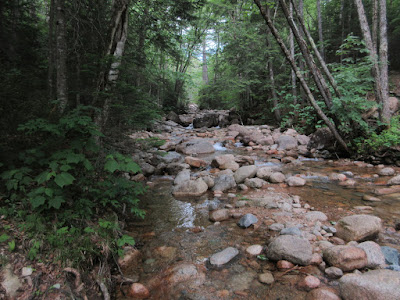 Cheney Brook, crossed partway along the bushwhack to the beaver pond. The whack, though not long (about 0.3 mile each way), is quite scrappy and the terrain is confusing. 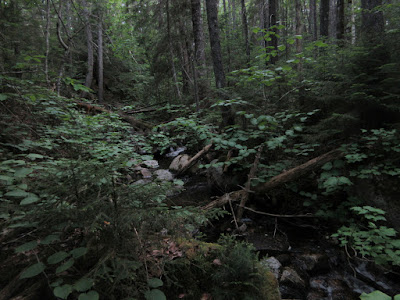 The first view of Osceola, from the edge of the swamp east of the pond. 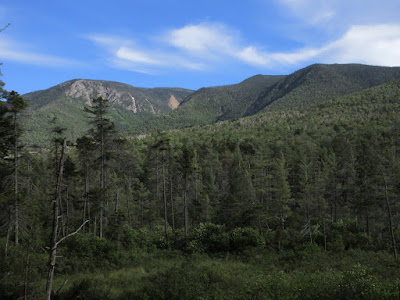 The Split Cliff is on the left and the upper part of the 1995 Dogleg Slide is on the right. The white streak in the middle is a fresh slide that has fallen within the last two years. 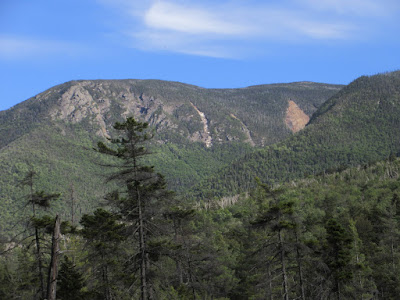 Looking south to the gap between Osceola and Scar Ridge, through which the East Pond Trail passes. 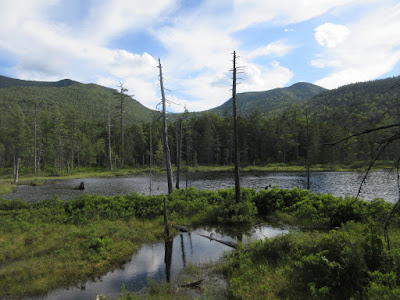 East Scar Ridge, generally considered one of the more miserable bushwhacks in the Whites. From this angle it's almost picturesque. 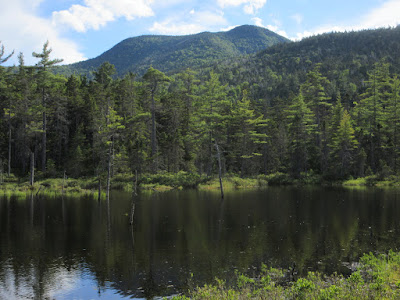 The full spread of the Osceolas, including East Peak on the left. 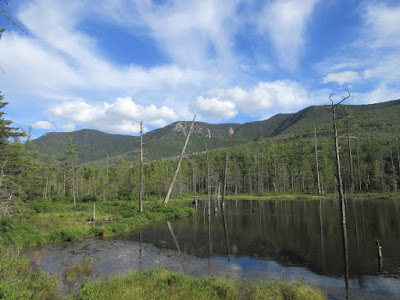 I sat and admired this view for quite a while. 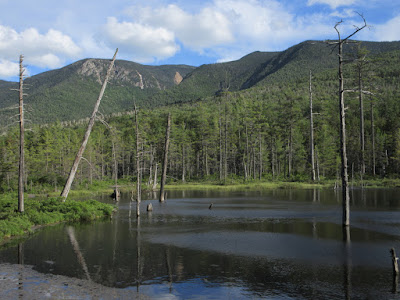 Another angle, including Middle Peak and West Peak. 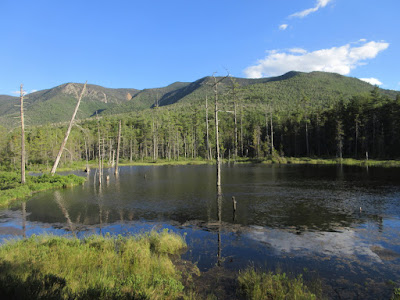 A pair of beavers was patrolling the pond. 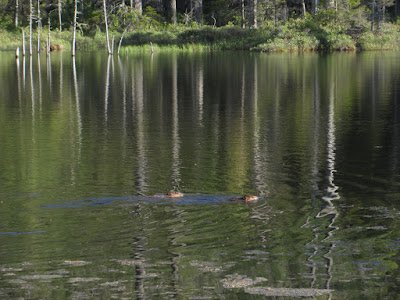 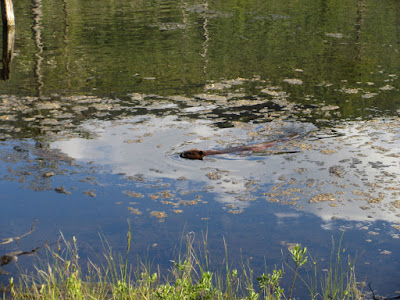 Typical woods on the whack to and from the pond. It's easier to get there in winter when you can snowshoe across the frozen wetlands. 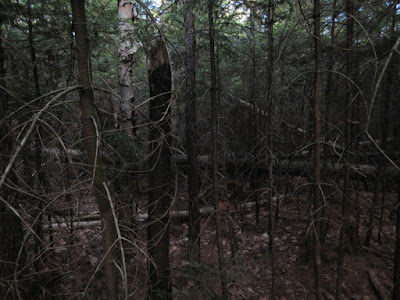 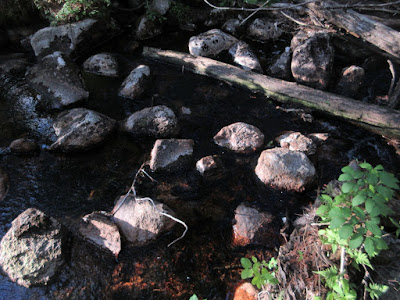 Evening light in a spruce grove. 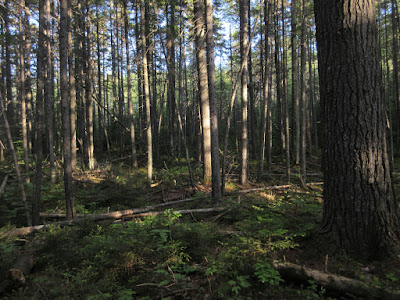 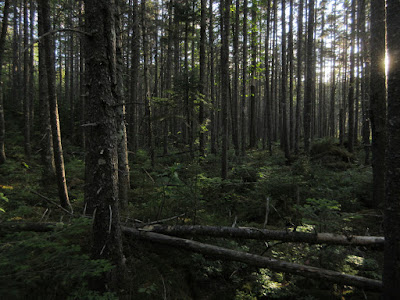 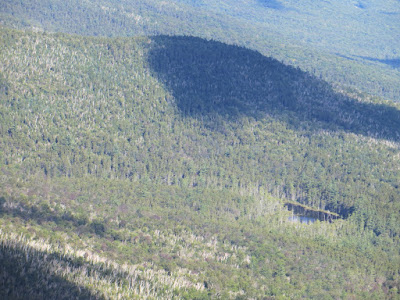