On one of numerous fine sunny November days,  I did some exploring along the Piper Trail on the east side of Mount Chocorua. Though this is reputed to be the most popular route of Chocorua, I saw no other hikers on this trek.

This sign provides a little trail history at the large trailhead parking area off Route 16. 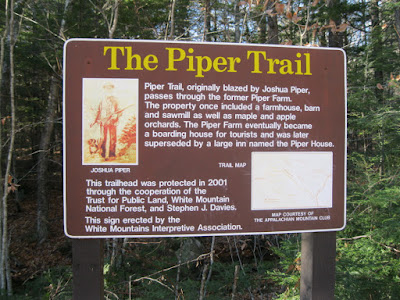 Because I was planning a couple of off-trail side excursions, I did not set my sights on reaching the summit of Chocorua. The days are just too darn short in mid-November. 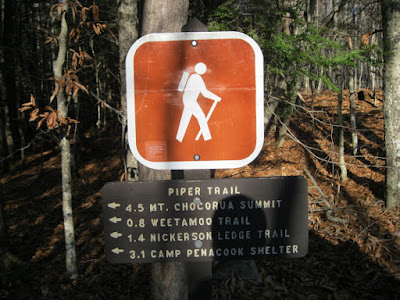 The walking on the lower Piper Trail was very pleasant in the morning sun. 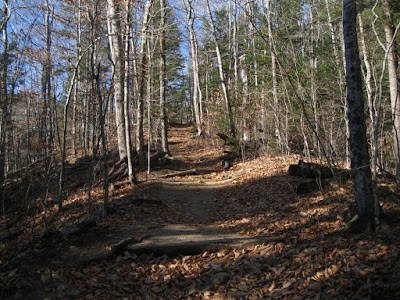 It's a great time of year in the hardwood forest. 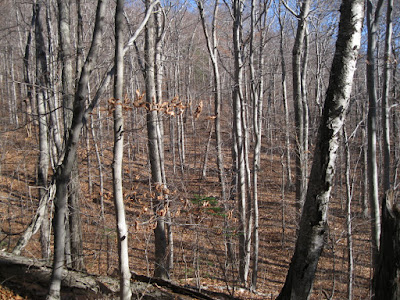 Partway up the valley, a short bushwhack up to a small gravelly slide revealed an impressive view up to Mount Chocorua. 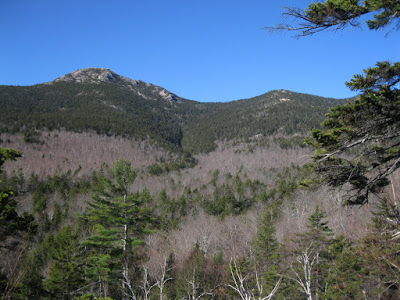 Middle Sister and Carter Ledge enclose the other side of the valley. 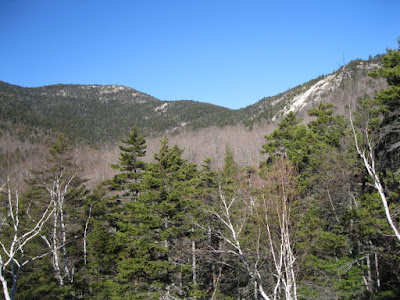 Looking back up the small slide. 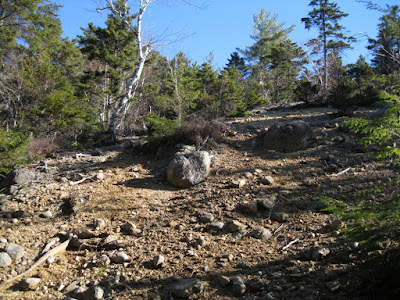 After crossing the Chocorua River (a mountain brook at this point), the trail leads through an attractive hemlock forest. 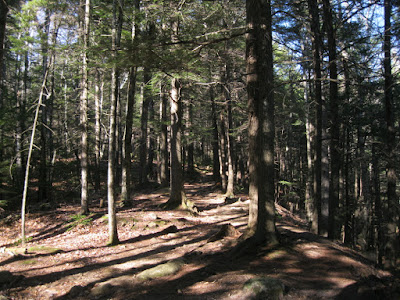 One of the day's objectives was to explore along the southwest fork of the Chocorua River. A fascinating 1940s Chocorua Mountain Club map, compiled by Arthur C. Comey, shows the word "Falls" partway up this branch. (A copy of the map can be seen here, courtesy of the Dartmouth College library.) Though water flow was low, in the course of bushwhacking up this brook for a couple hundred feet of elevation, I came upon several drops that could have been the "Falls" on the map. This was the first. 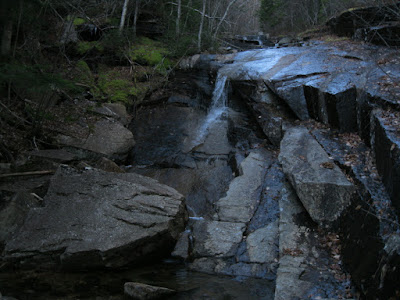 Just above was a nice waterslide. 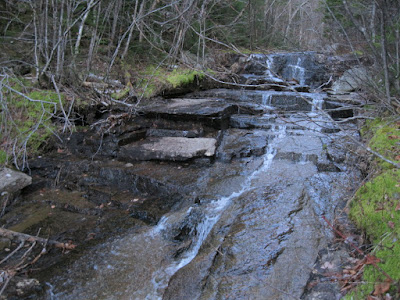 This reminded me of Waternomee Falls off the Carr Mountain Trail. 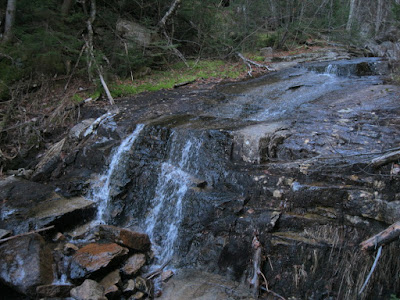 Next up was a big slab with cascades at the top. 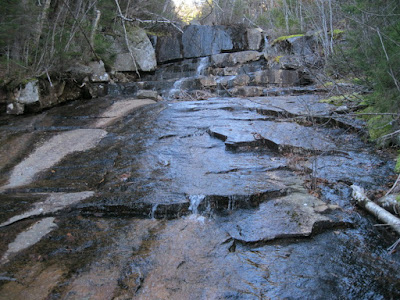 I liked this long, twisting cascade best of all. 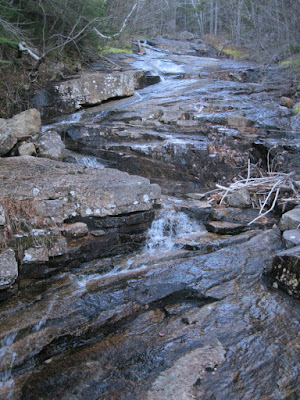 An upper part of the cascade. 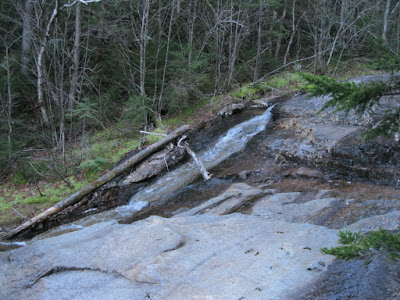 Rock-a-blocks on the steep bushwhack back up to the Piper Trail. 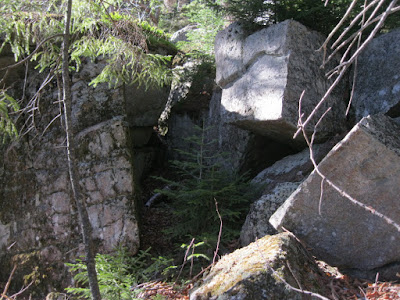 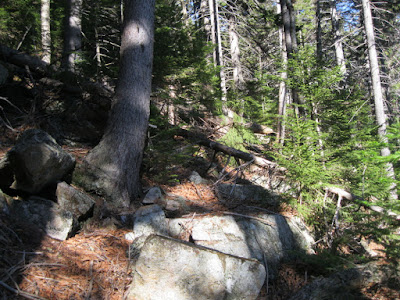 Back on the Piper Trail in an area with many well-constructed rock stair cases. 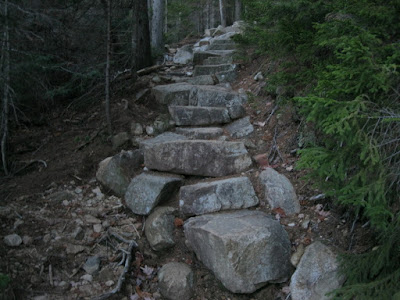 I followed the rather steep side trail to Camp Penacook, which climbs 200 ft. in 0.2 mile. 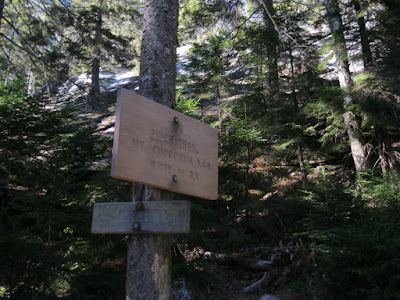 This shelter, originally built by the Chocorua Mountain Club in 1916, has a premier location at an elevation of 2700 ft. 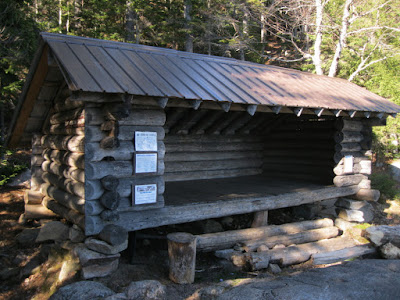 A view of Ossipee Lake from a ledge in front of the shelter. 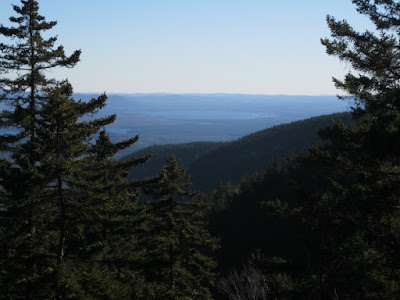 Most campers seem to be complying with these guidelines, though some trees have been hacked down behind the shelter. 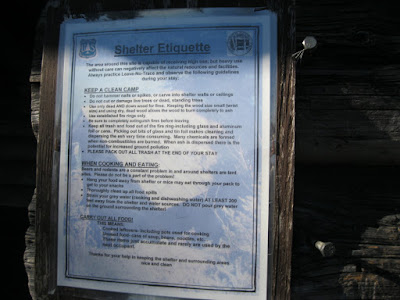 I found the "Pied Piper" geocache up behind the shelter. There was a familiar pair of names at the bottom. 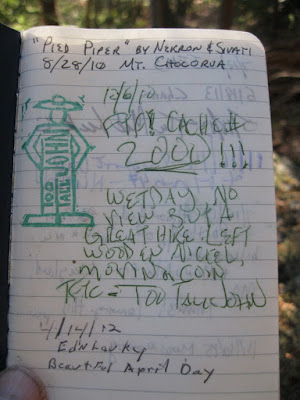 I returned to the Piper Trail and headed up to the first few view ledges on the spur ridge it ascends. 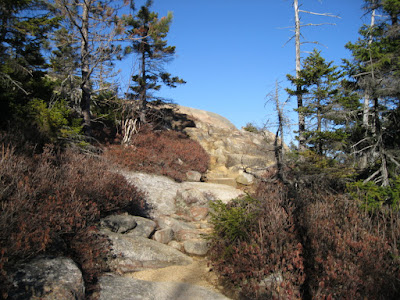 Ridgelines sweep down from the great southeast ridge of Chocorua. 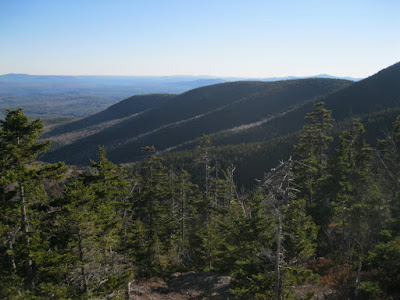 Late day sun on the granite face of Carter Ledge. 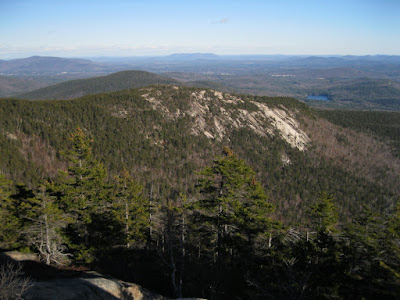 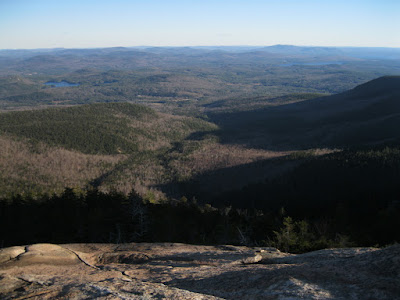 Looking up at Three Sisters Ridge. 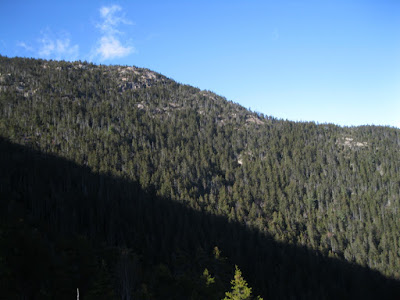 The shadow of Chocorua's horn. 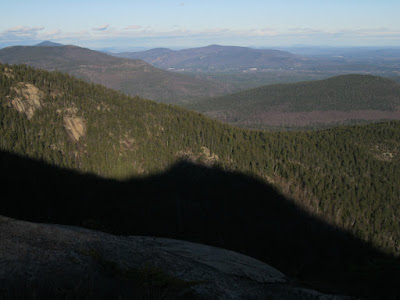 The sun disappearing behind Chocorua. 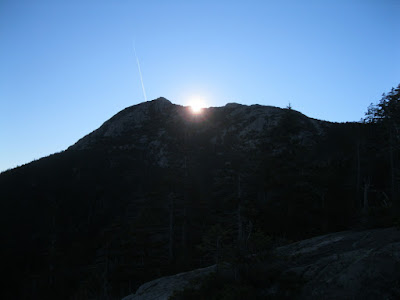 The iconic peak, seen from the huge open ledge along the trail at 2840 ft. Another great day of exploring on this marvelous mountain. 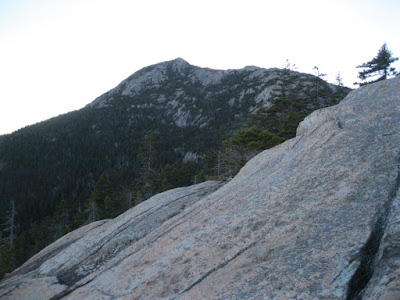