I enjoyed a morning hike (with a bit of geocaching) up the steep northern section of the Mount Osceola Trail to East Osceola (4156 ft.). This peak doesn't get a lot of love due to its wooded summit, but it's a wild and interesting mountain, and offers four good viewpoints on its upper reaches.

I started a little before 7:00 on the Greeley Ponds Trail. By the time I reached this nice hardwood glade a little way up the Mount Osceola Trail, the morning sun was peeking over Mount Kancamagus and lighting up the woods. 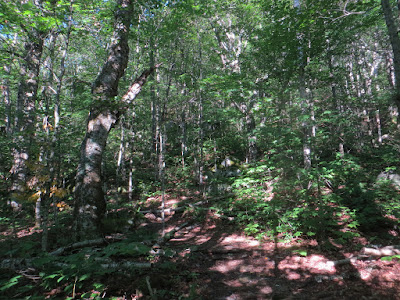 Osceola's version of Clam Rock, along the section that climbs under the cliffs of East Osceola's NE spur. 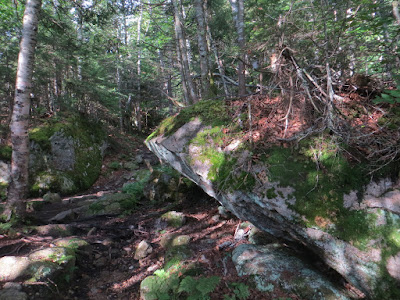 Looking up from the base of a big wet slab alongside the trail at 3350 ft. This rock face is obviously unsafe to climb for amateurs. 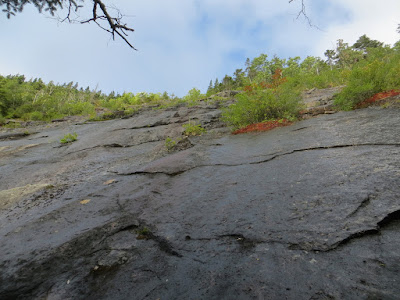 A side view of the slab. 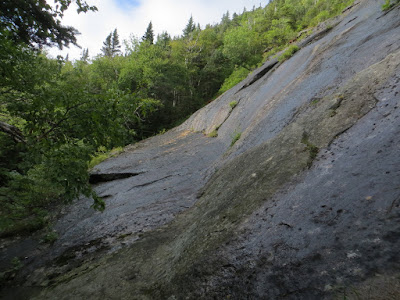 For smooth footing, look elsewhere. This section typifies the expression, "steep and rough." 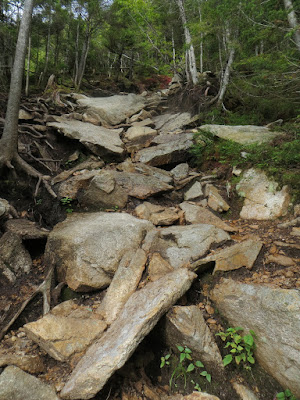 Steep broken ledges where the trail crosses the top of an old slide at 3700 ft. 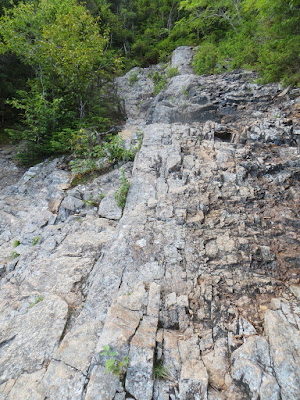 The view NE from the slide patch. 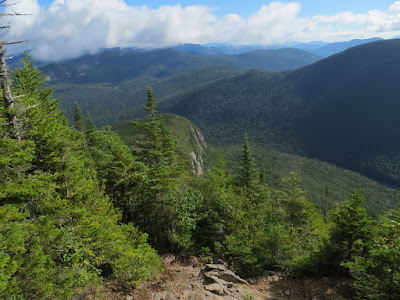 A profile of the cliffs down on the NE spur. 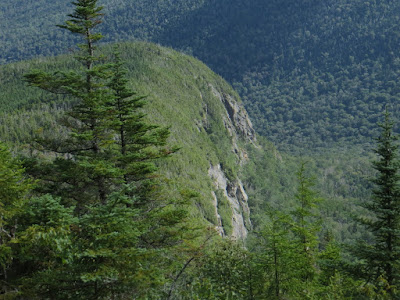 "The chute" is a tricky spot at the very top of the long steep section. 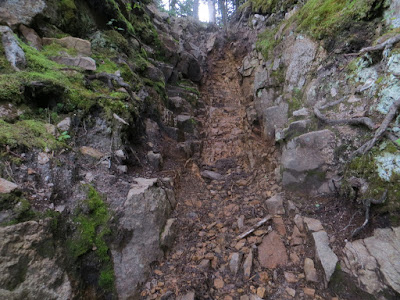 The main summit of Osceola is an impressive sight from the viewpoint above the chute, reached by a short side path. 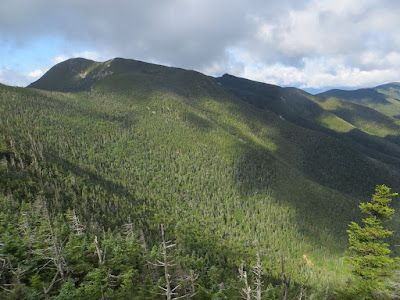 A zoom on the Split Cliff and the West Peak of Osceola. 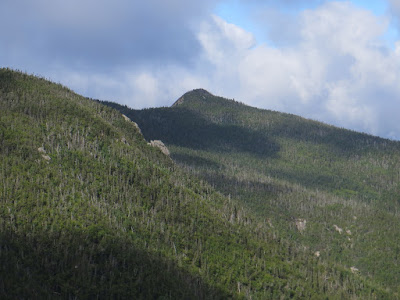 The many northern ridgelines of Osceola and Scar Ridge. 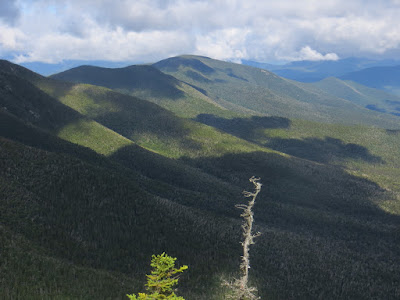 Looking down on the beaver pond along Cheney Brook. 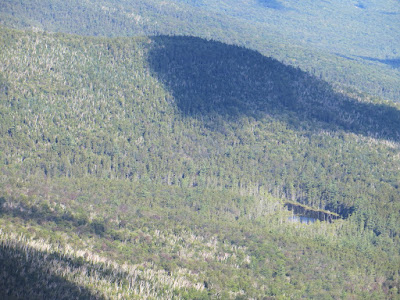 The shore of this pond (best visited in winter) has a great view up to the Osceolas. 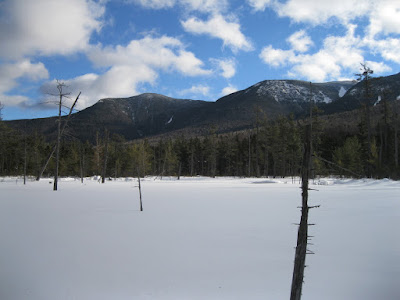 Along the ridgecrest leading up to East Osceola. 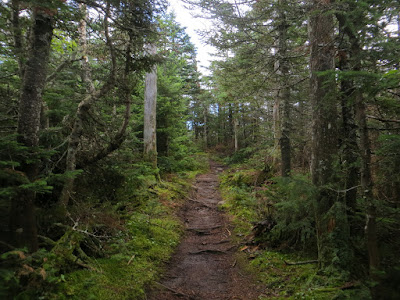 The trail passes an east-facing fir wave viewpoint just before reaching the summit. 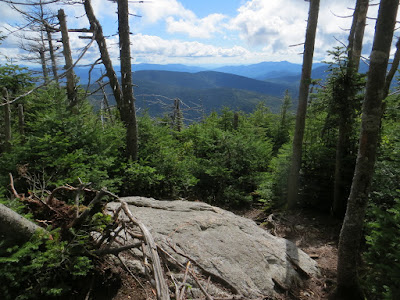 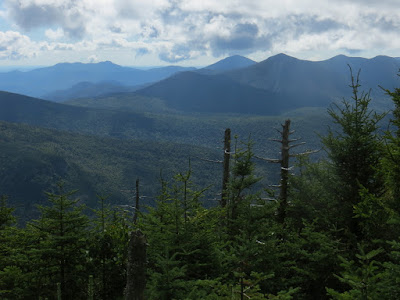 The broad mass of Mount Kancamagus. 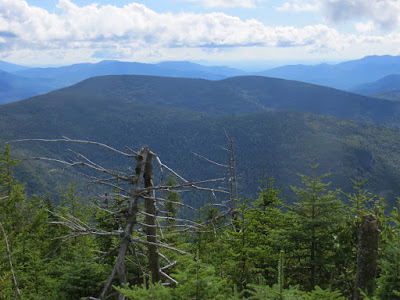 From the wooded summit (marked by a cairn), I descended 0.2 mile towards the col with the main summit to visit a fine northern ledge viewpoint beside the trail. The upper Franconia Range peaks had their heads in the clouds. 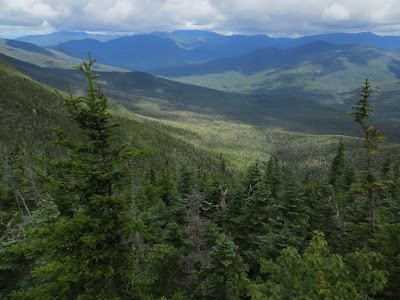 The Hancocks and Mount Carrigain. 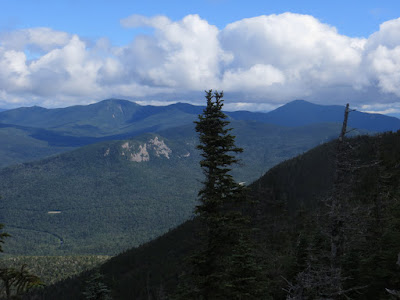 The Bond Range behind Mount Hitchcock. 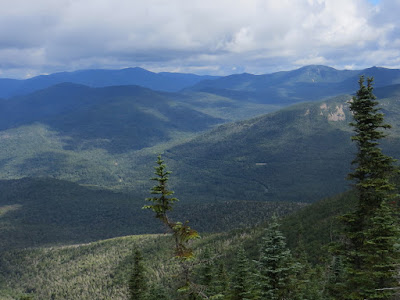 On the way up I had found four of a series of five "puzzle" geocaches on East Osceola.
At this vista I dropped into a deep crevice seeking the fifth, a rather notorious cache called "The Crack." 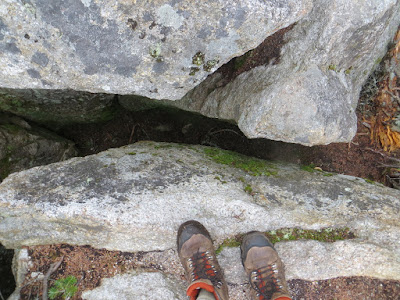 The view up from within the crack. I had no luck finding the cache; it may be gone, or it's very well hidden. I wasn't sure I'd be able to  maneuver up out of the crack the way I'd lowered myself in, so I fashioned a somewhat precarious exit from the lower end. 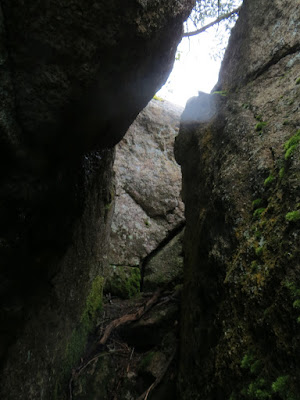 Heading back down the chute. 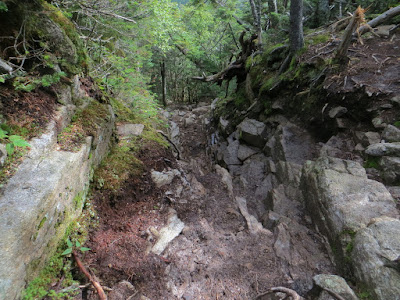 Back down at the slide, the views had really cleared out. 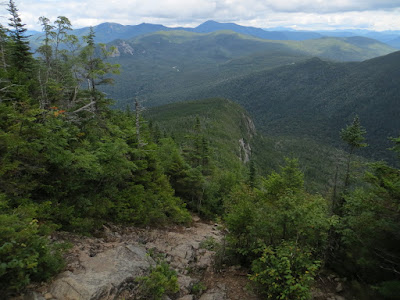 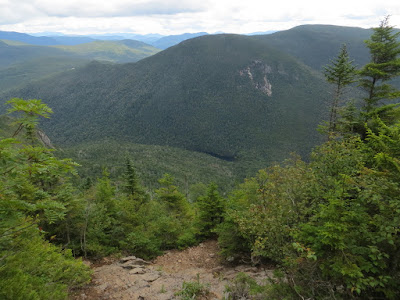 The imposing cliffs on East Osceola's NE spur. In winter there's an ice climb up there somewhere called "The Drool of the Beast." 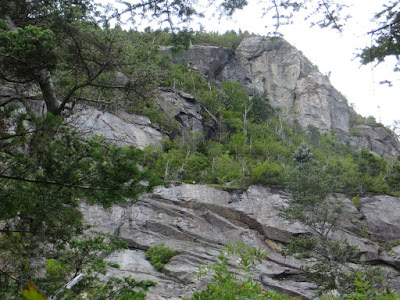 Climbing East Osceola was a great way to spend the morning, and it was short enough that I could open the store for the afternoon.