With showers forecasted to move in mid to late afternoon, I opted for a leisurely shorter hike on the west slopes of North Kinsman, visiting two notable features - Kinsman Flume and Bald Peak - plus a couple of off-trail cascades.

This old sugarhouse is a familiar landmark 0.6 mile in on the Mount Kinsman Trail. 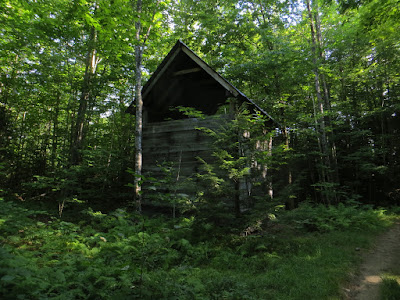 Near the first brook crossing is the former site of Kinsman Cabin, built in 1937 to serve backcountry skiers and removed in the 1980s. From here the Kinsman Ski Trail ascended to Kinsman Ridge between the Middle and South Cannon Balls. 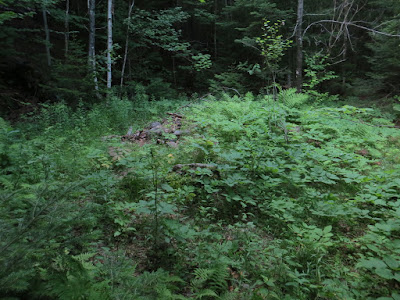 Some rock work can still be seen at the site. 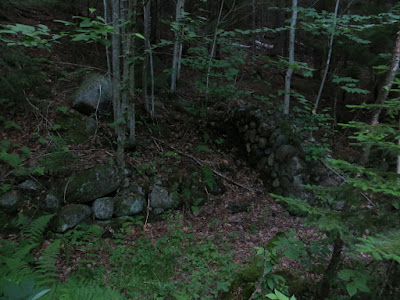 I always stop to admire this massive old yellow birch beside the trail, a "warrior tree." 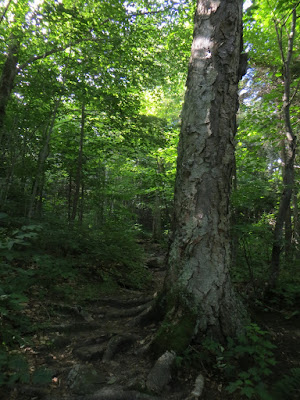 The Mount Kinsman Trail is well-cared for by adopter Bruce Richards. 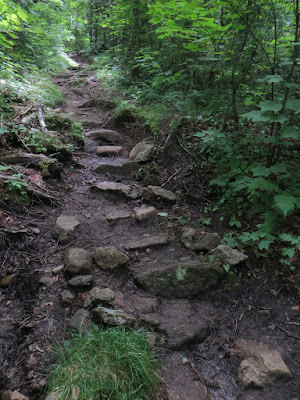 This lovely cascade spot along the trail was called "Mossy Falls Brook" in early AMC guidebooks. 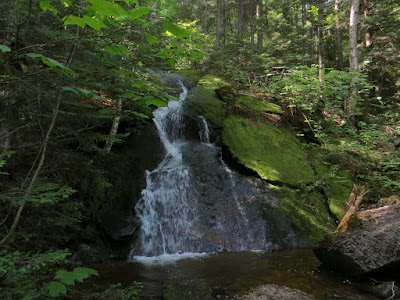 Fine rock step work at the crossing of Flume Brook, placed during a multi-day project in September 2013 by the Trailwrights volunteer maintenance group. More rock steps are in the works, possibly later this summer. 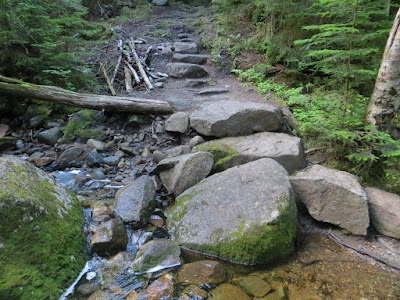 A small sign marks the side path down to the Kinsman Flume. 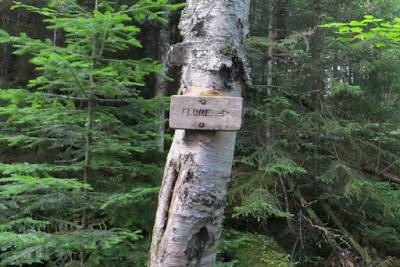 The side trail provides a couple of glimpses down into the flume from the brink. Caution advised! 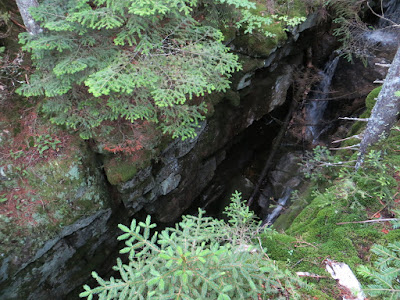 This was originally called Howland's Flume, after its discoverer, and was a popular natural attraction in the late 1800s. This stereoview by the Littleton (NH) View Co.is in the digital collection of the New York Public Library. Kris Pastoriza of Easton clued me in on the stereoview. She wrote much about the history of the Easton valley as part of the nomination for the Ham Branch watershed into the New Hampshire Rivers Management and Protection Program. An interesting article about the flume was published in 1880 in the White Mountain Echo, a popular tourist newspaper. 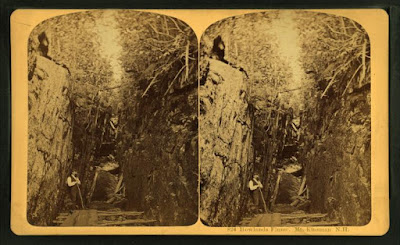 I reached the bottom of Kinsman Flume via a short but steep and thick bushwhack. 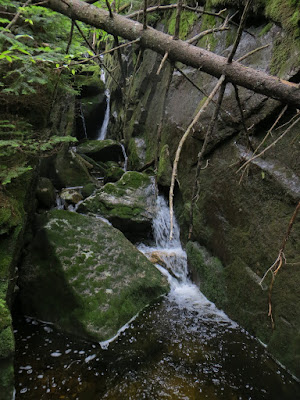 Looking down Flume Brook from the bottom of the flume. 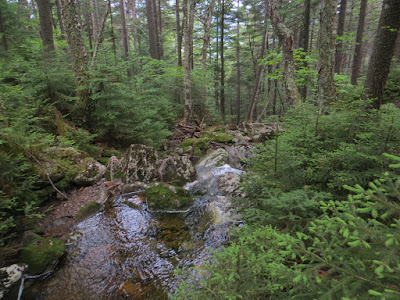 The flume seen from the top, standing in the bed of Flume Brook. 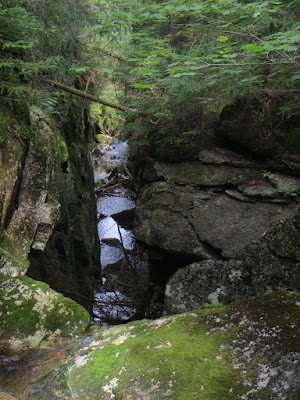 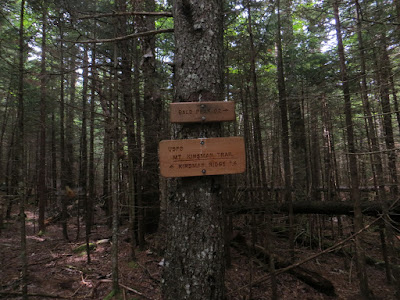 Passing through a stand of dead trees on the Bald Peak spur trail. 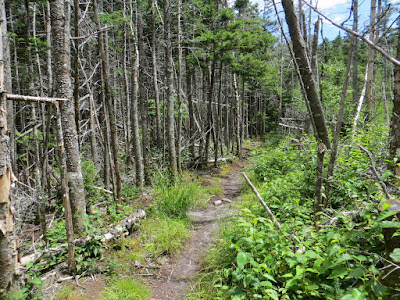 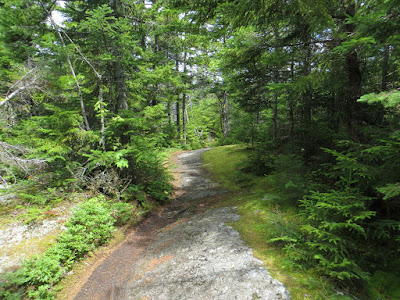 North Kinsman looms above the expansive ledges of Bald Peak (2470 ft.), one of the best lower elevation destinations in the Whites. 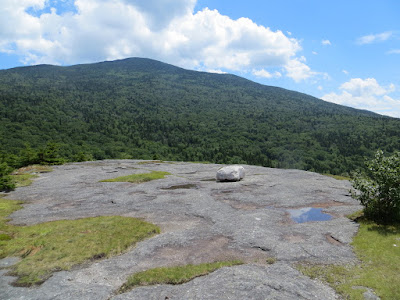 Looking towards the Cannon Balls. 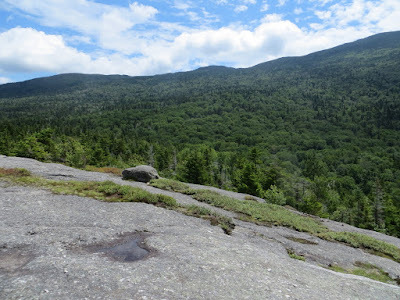 The south view to Mount Moosilauke, Mount Clough and the Benton Range. 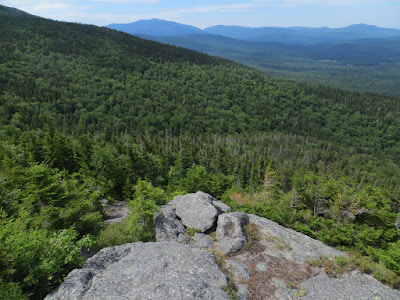 The classic profile of Moosilauke seen from the north. Hazy sun and a pleasant breeze encouraged a long stay on the ledges. 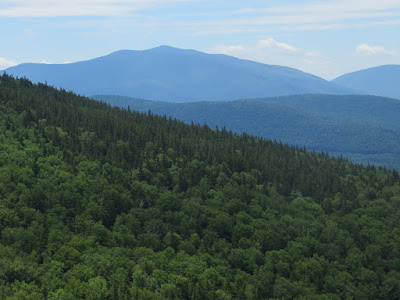 On the way down I bushwhacked to some cascades along a brook above the Mount Kinsman Trail. 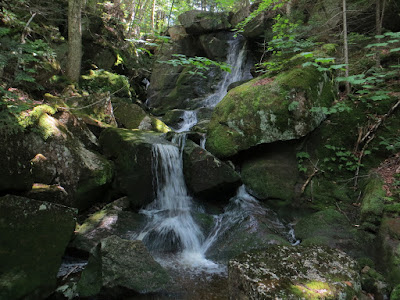 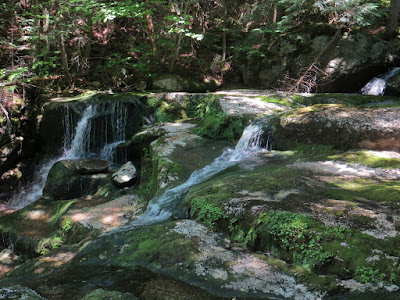 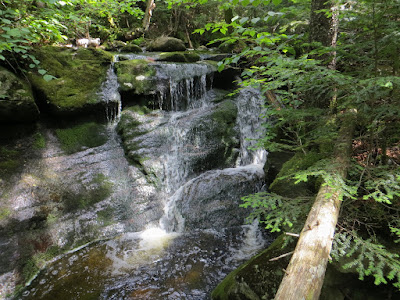 A nice place to relax for a few minutes. 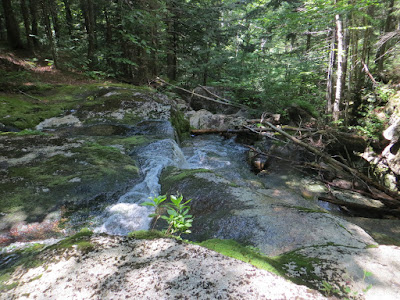 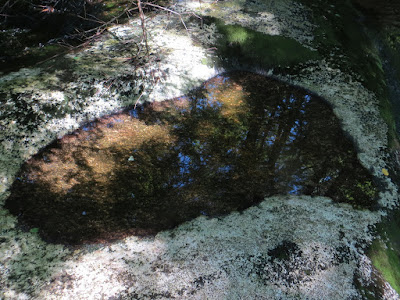 One of the biggest galls I've ever seen. 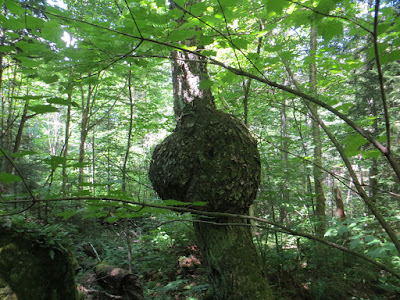 On a whim, I followed an unmarked mountain bike trail for part of the descent. This made many switchbacks and meanderings through open hemlock woods before crossing the lower Mount Kinsman Trail. I got out just before late day showers arrived, and dodged raindrops to grab a few geocaches along Rt. 116. 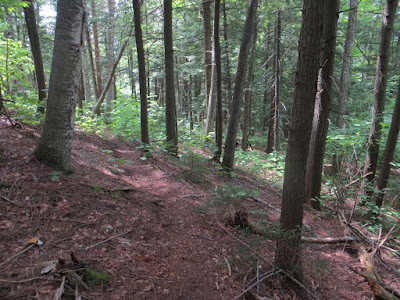