On a cold but calm day with sun veiled by high clouds, Carol and I enjoyed a leisurely afternoon snowshoe up Ravine Lodge Road to the base of Mount Moosilauke. It was a fun ramble with interesting scenery and history.

There was a well-packed snowshoe/ski track on the Ravine Lodge Road. 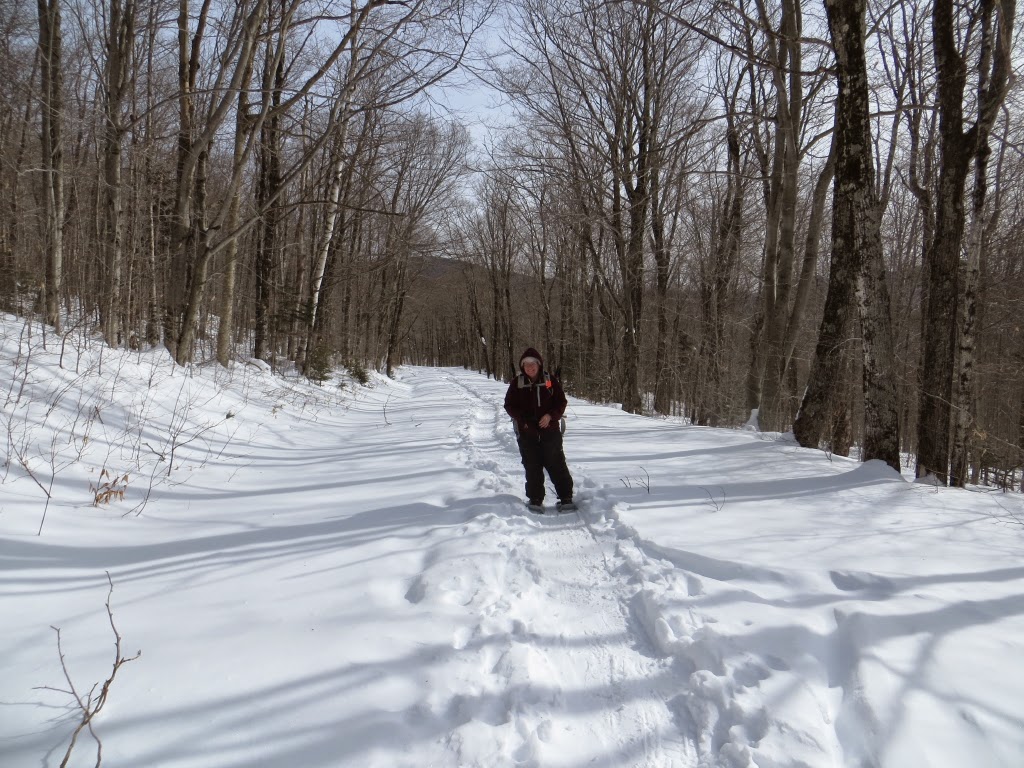 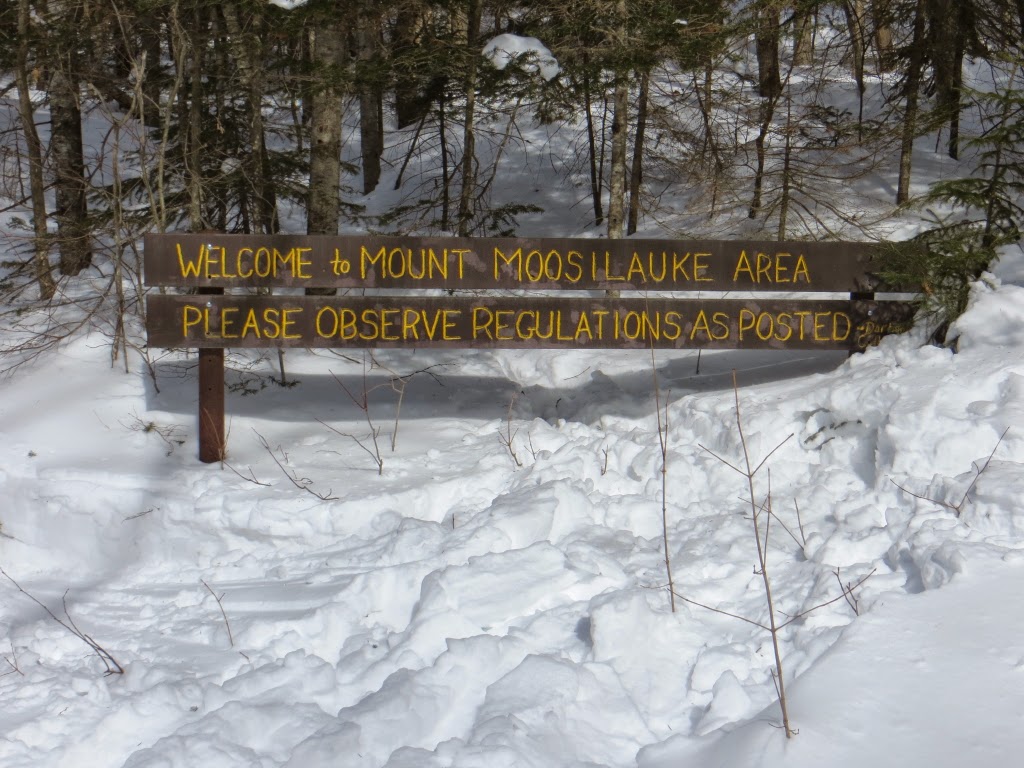 This spot also marks the town line between Warren and Benton. 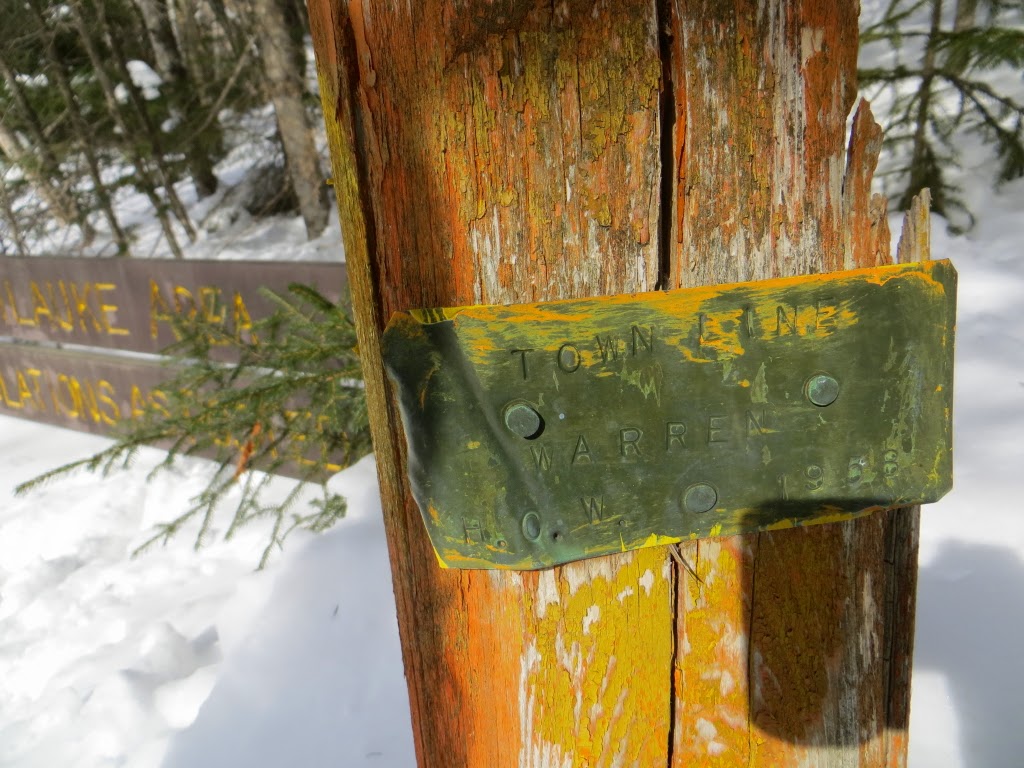 A powerline view of two southern spurs of Moosilauke. I did an interesting bushwhack between them late last fall. 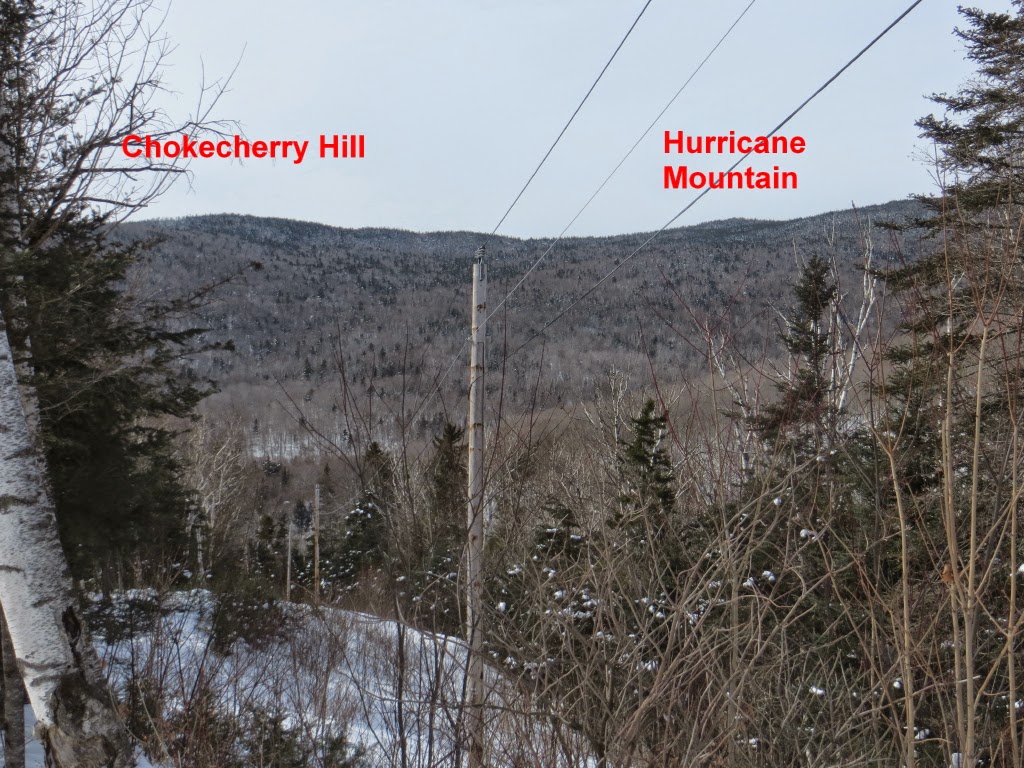 Mount Waternomee, far up at the head of the valley. 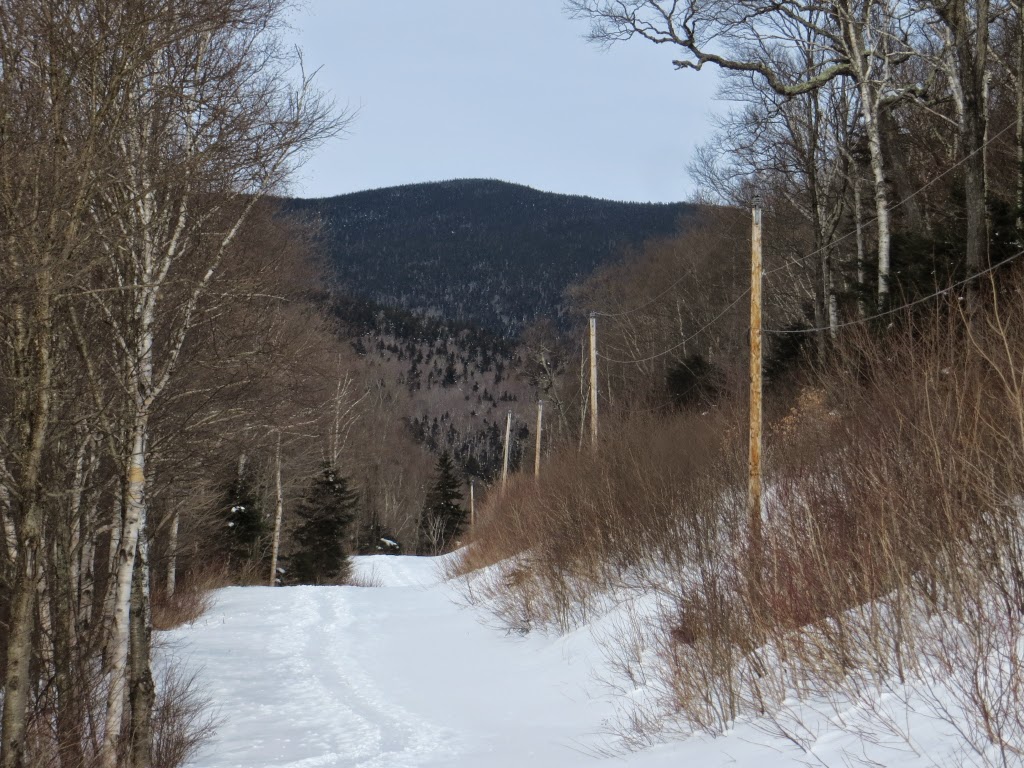 This couple skied to the summit and back via Gorge Brook Trail, Snapper Trail and Carriage Road. These were the only folks we saw during our hike. 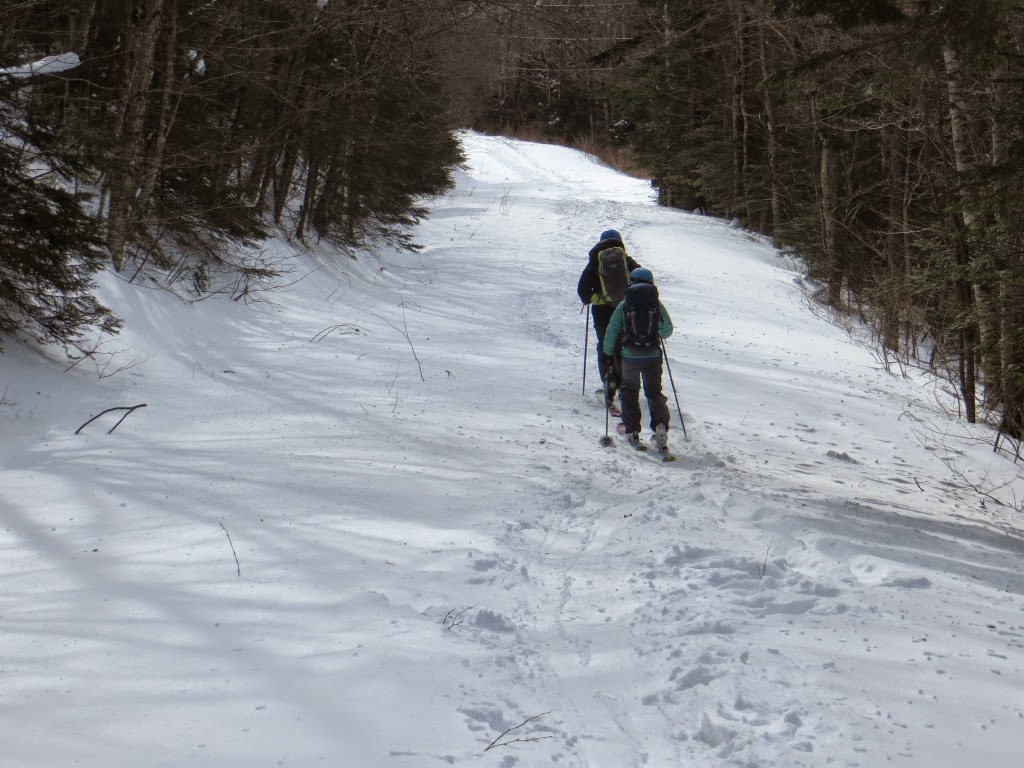 The view of the upper Gorge Brook valley from the Al Merrill kiosk. 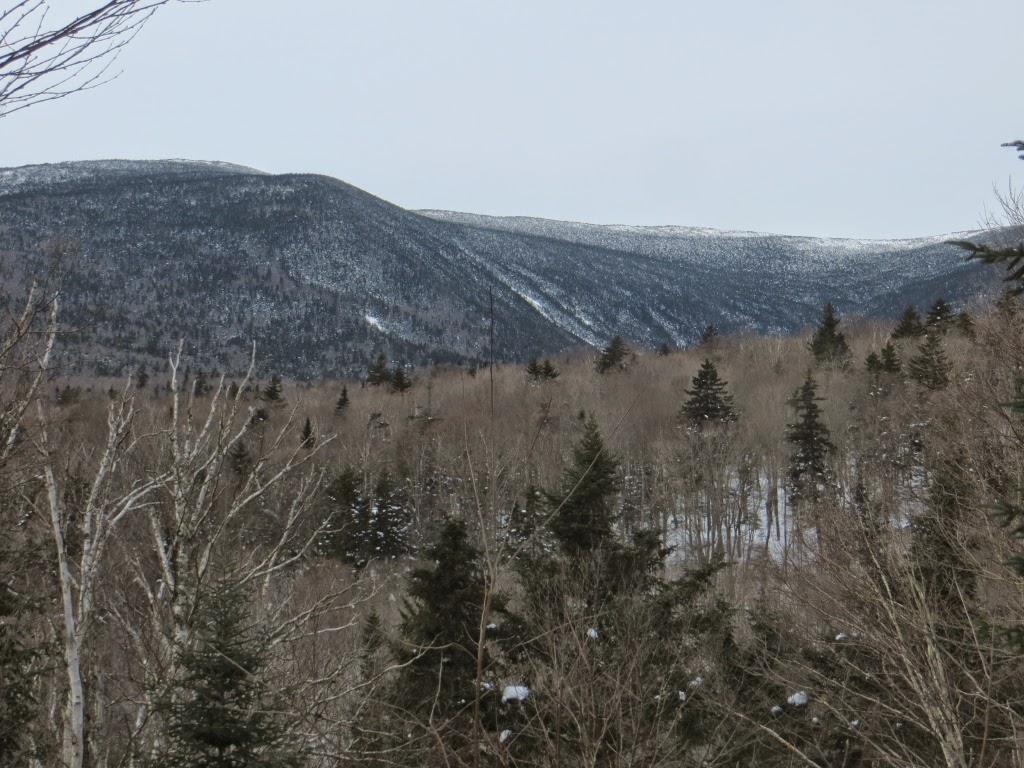 A good snow load on the kiosk. 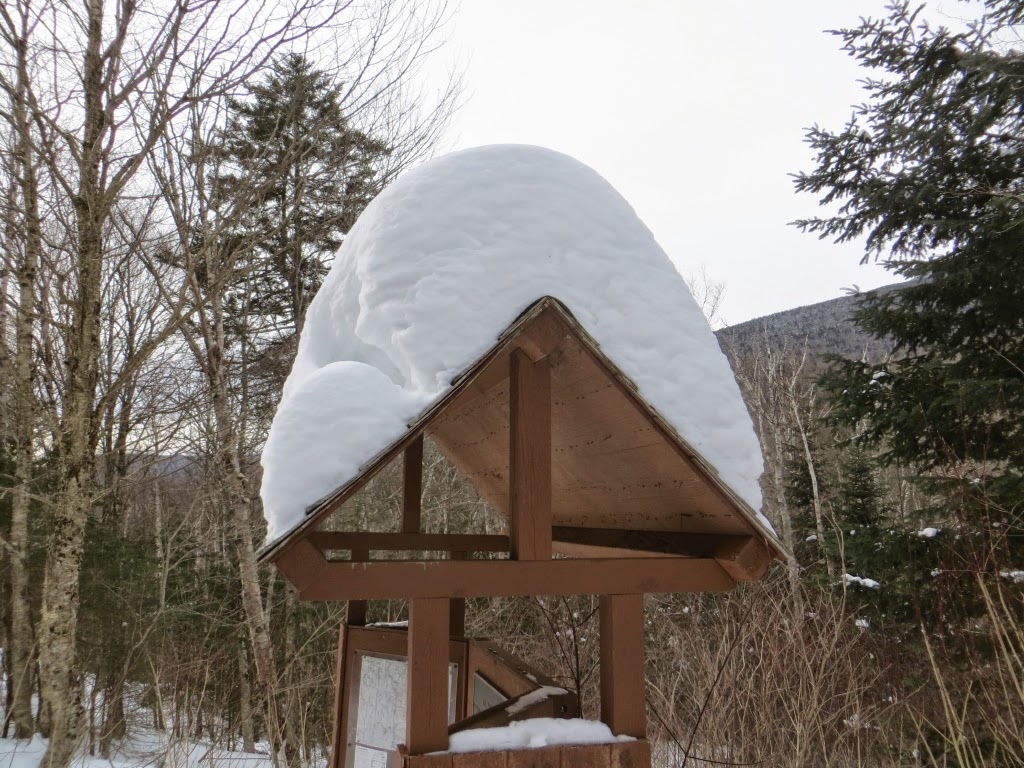 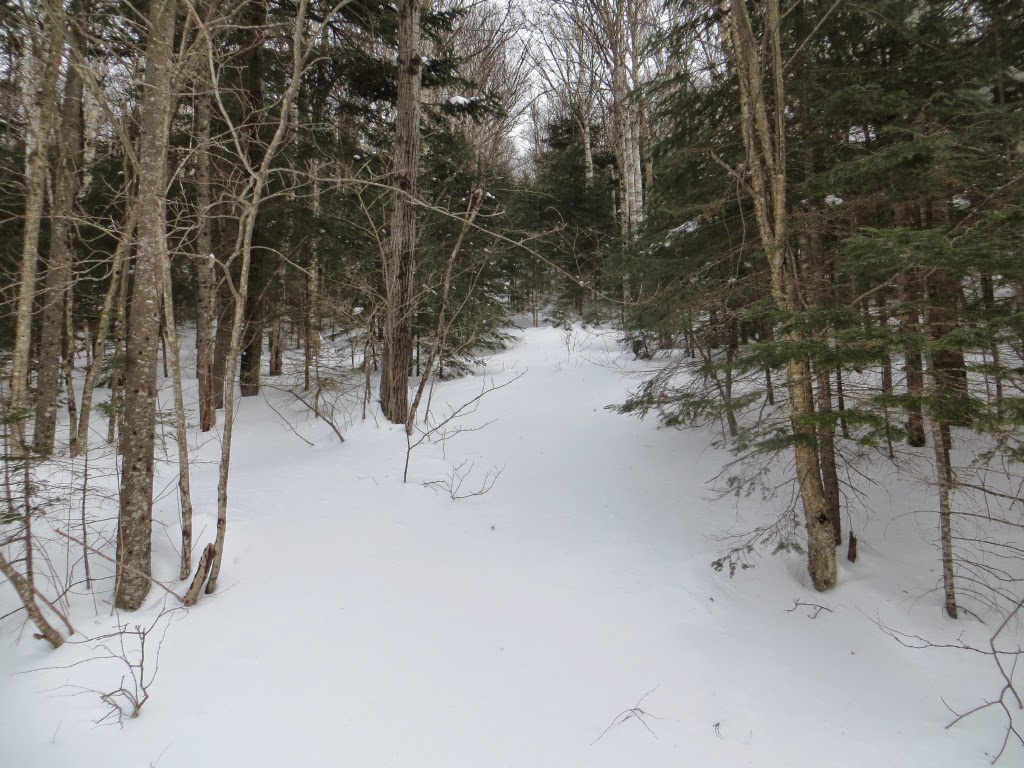 We went a half-mile up the Al Merrill Loop, named for a longtime Dartmouth ski coach. The logging road continuing ahead here is now the Ridge Trail. It was originally built in 1943 by the Parker-Young Company for hurricane salvage logging in Jobildunk Ravine. 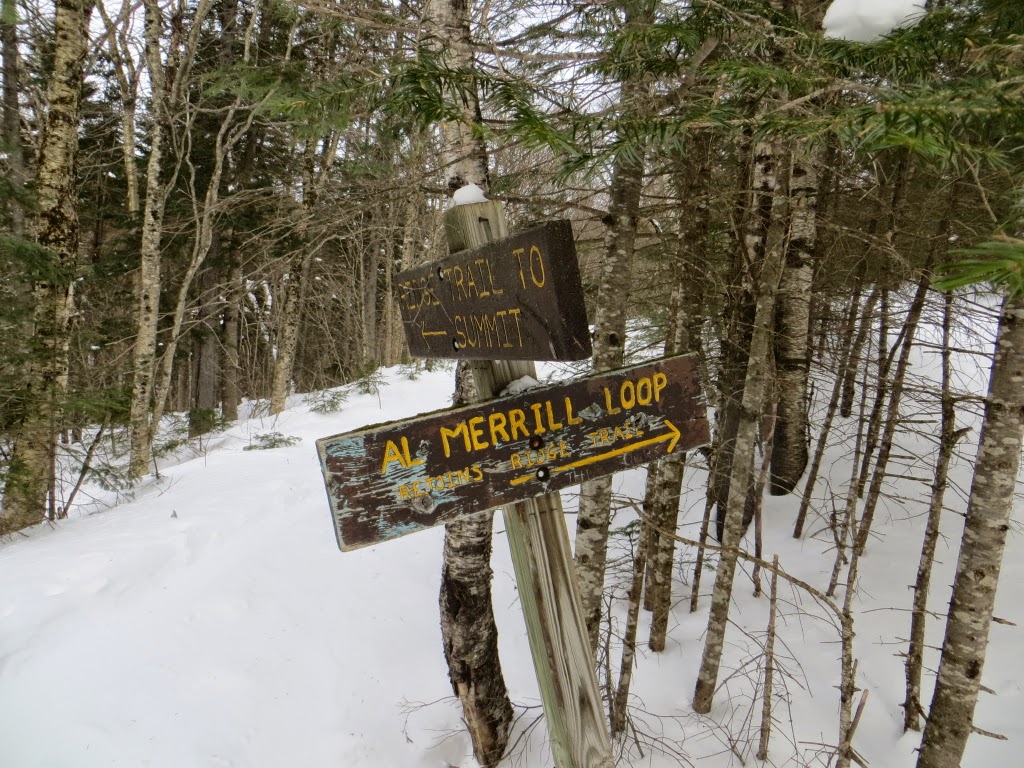 There was a nice snowshoe track on Al Merrill Loop. 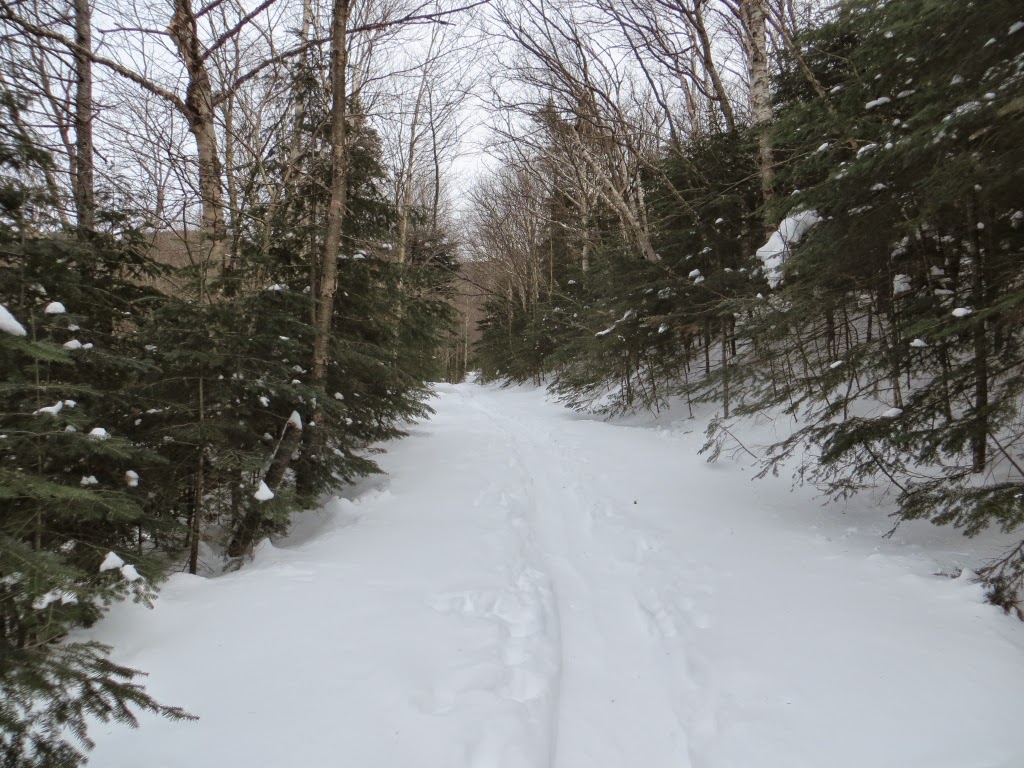 Mount Jim glimpsed through the trees. 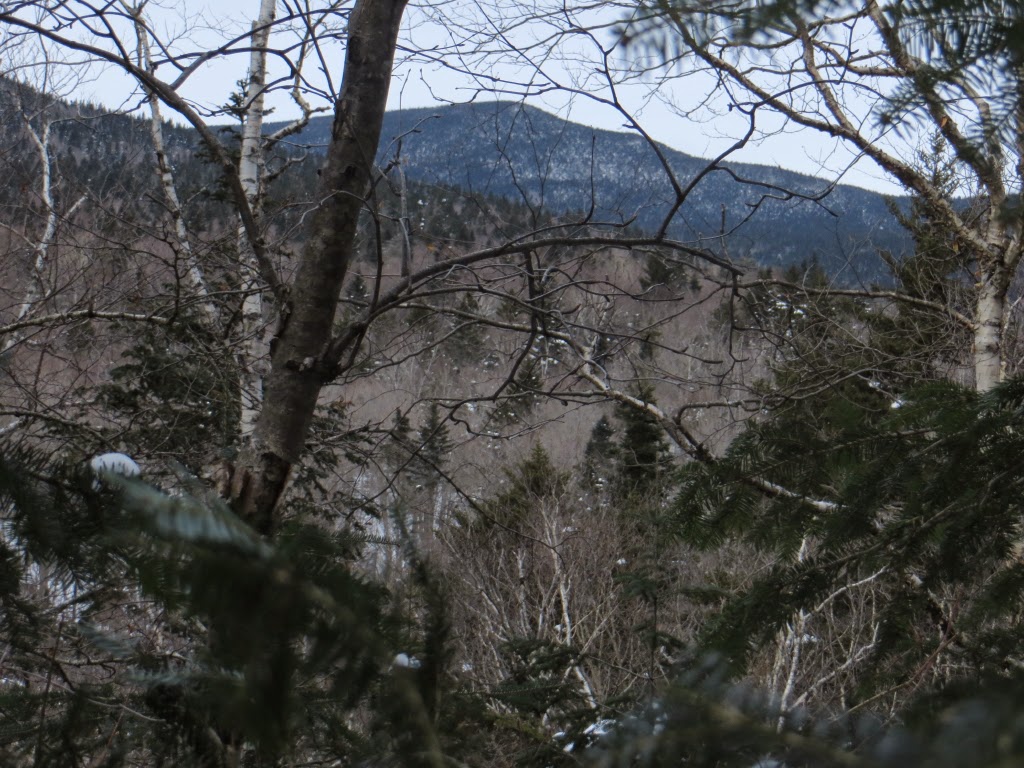 This way to John Rand Cabin. 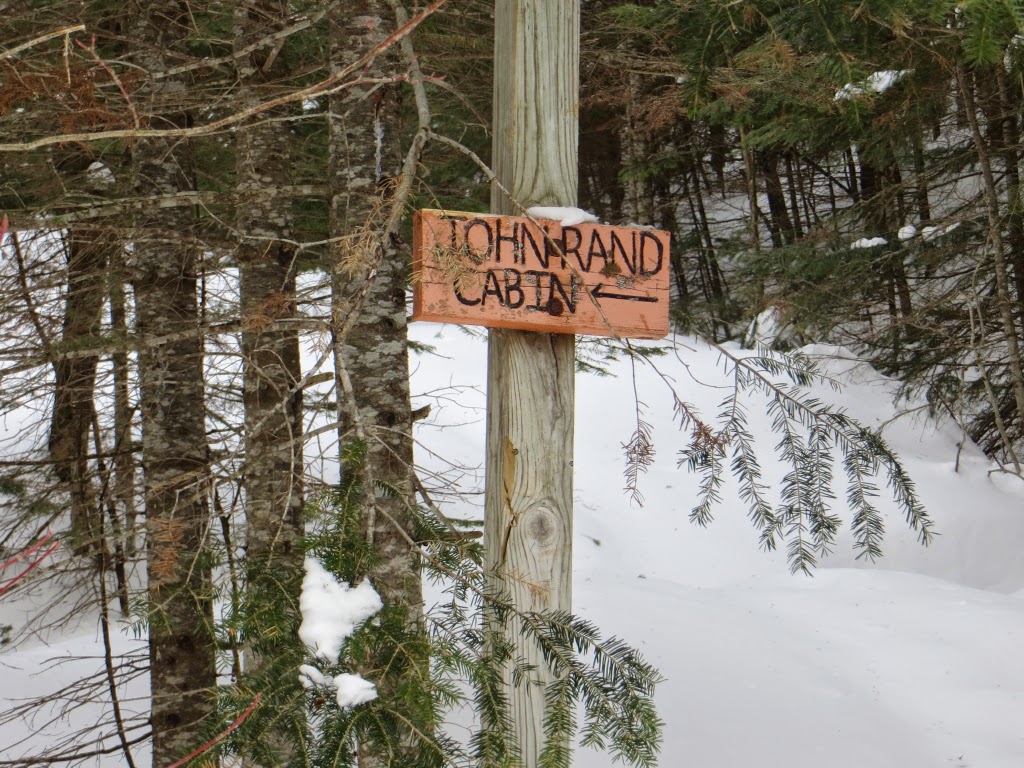 John Rand Cabin was built by the Dartmouth Outing Club in 1983 and named after a longtime manager of the club. It is available for rent by reservation only. 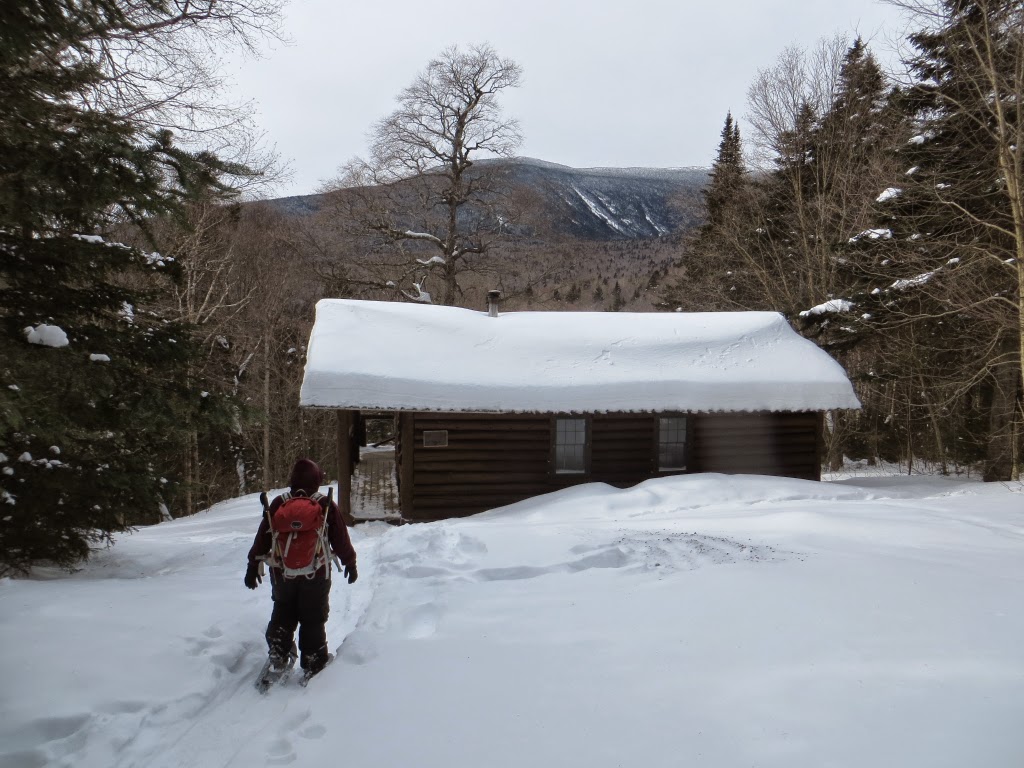 There's a great view of the slides in Gorge Brook Ravine from the porch of the cabin. (We took off our snowshoes to avoid dinging up the wood.) The zig-zag swath of hardwoods may be part of the route of the legendary Hell's Highway ski trail built by the DOC in 1933. 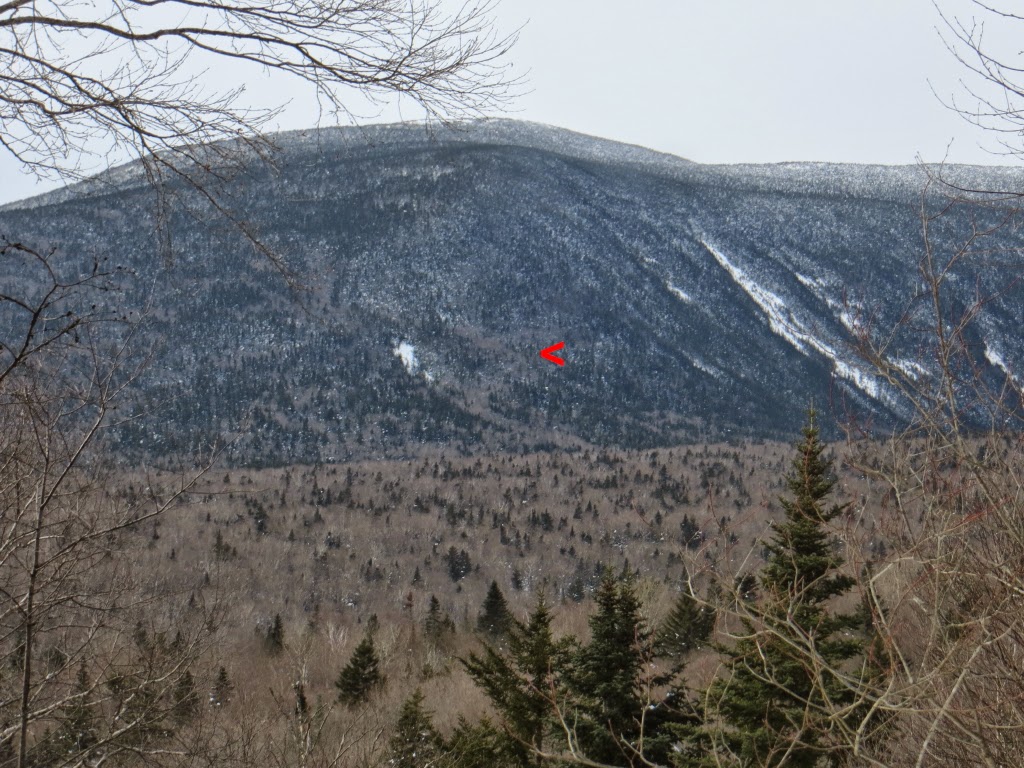 The high temp for the day. 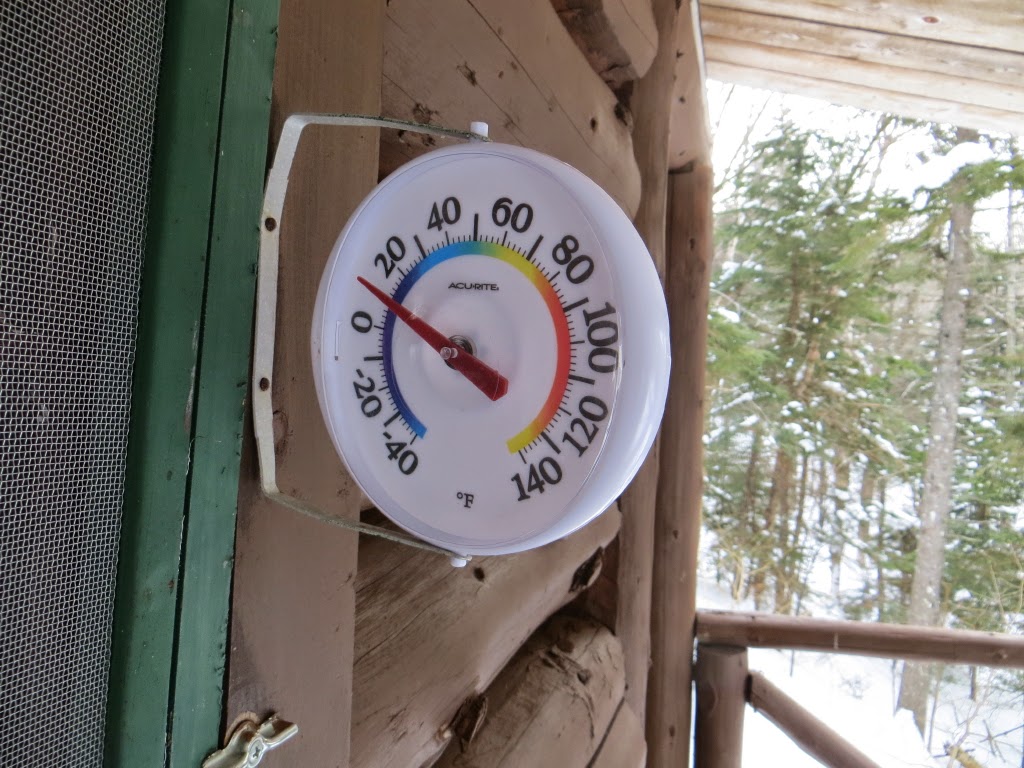 A cute and snow-shedding privy design. 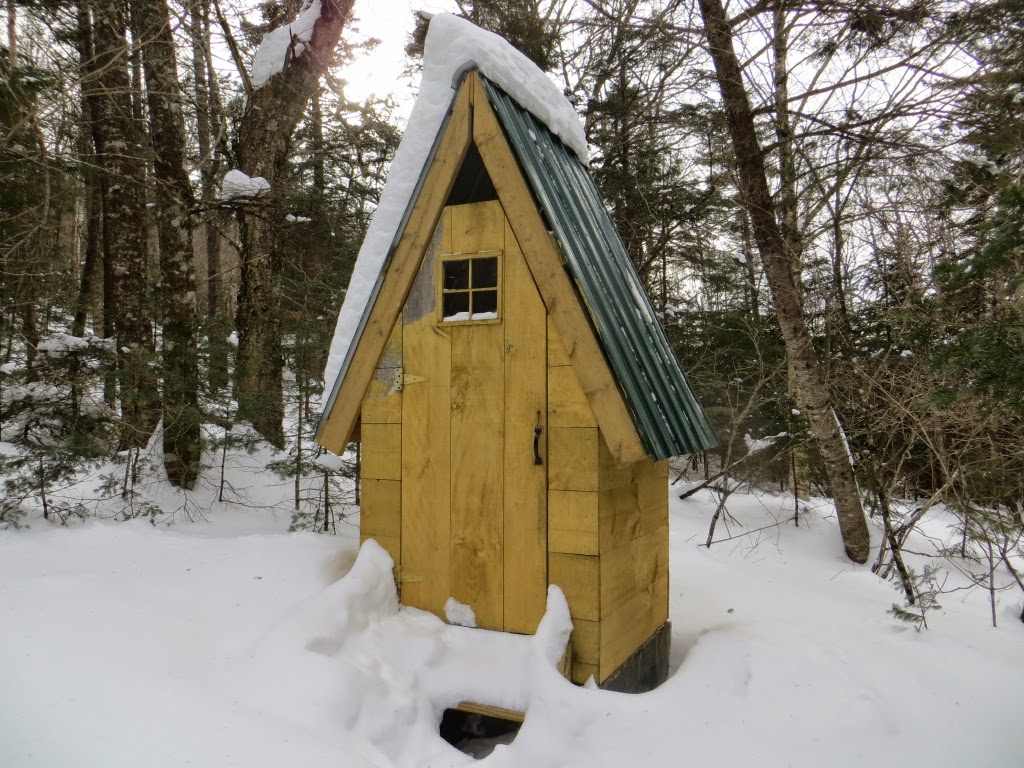 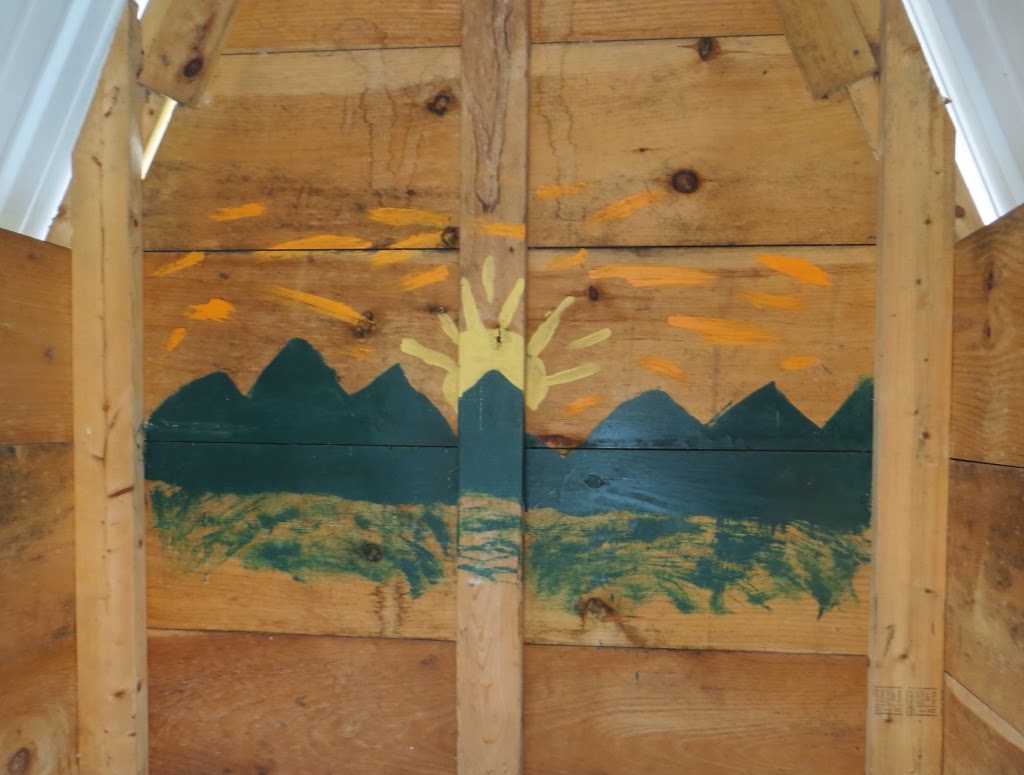 We returned down the Al Merrill Loop and then dropped down Gorge Brook Trail to the bridge over the Baker River, which was fully smothered in snow. 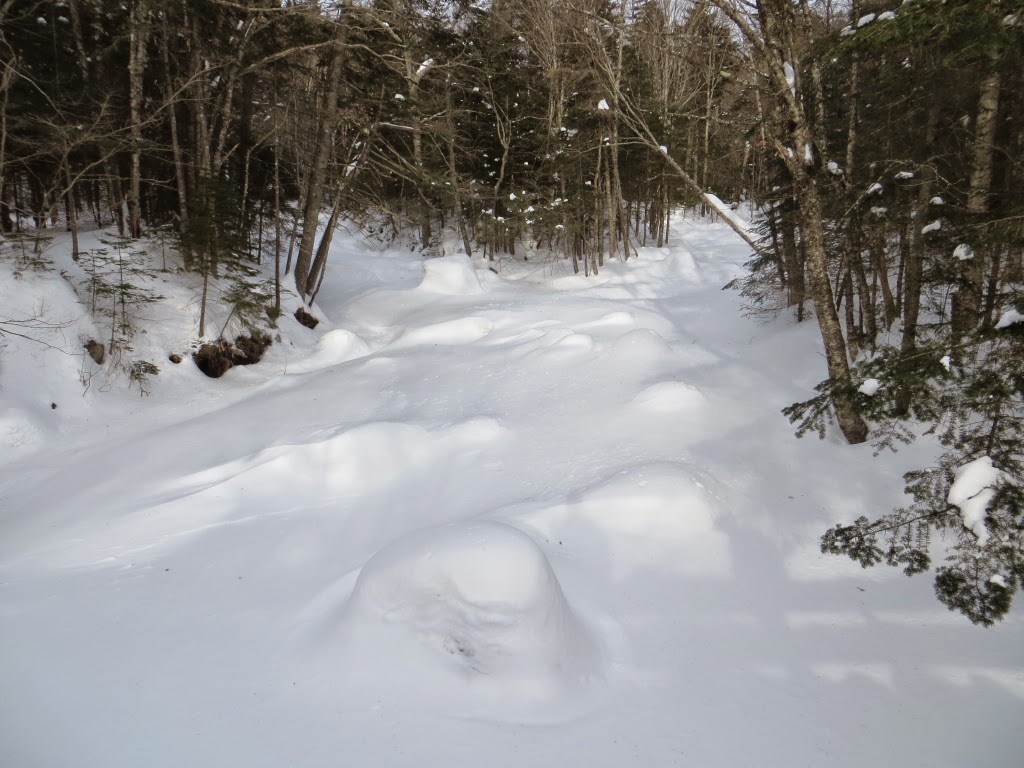 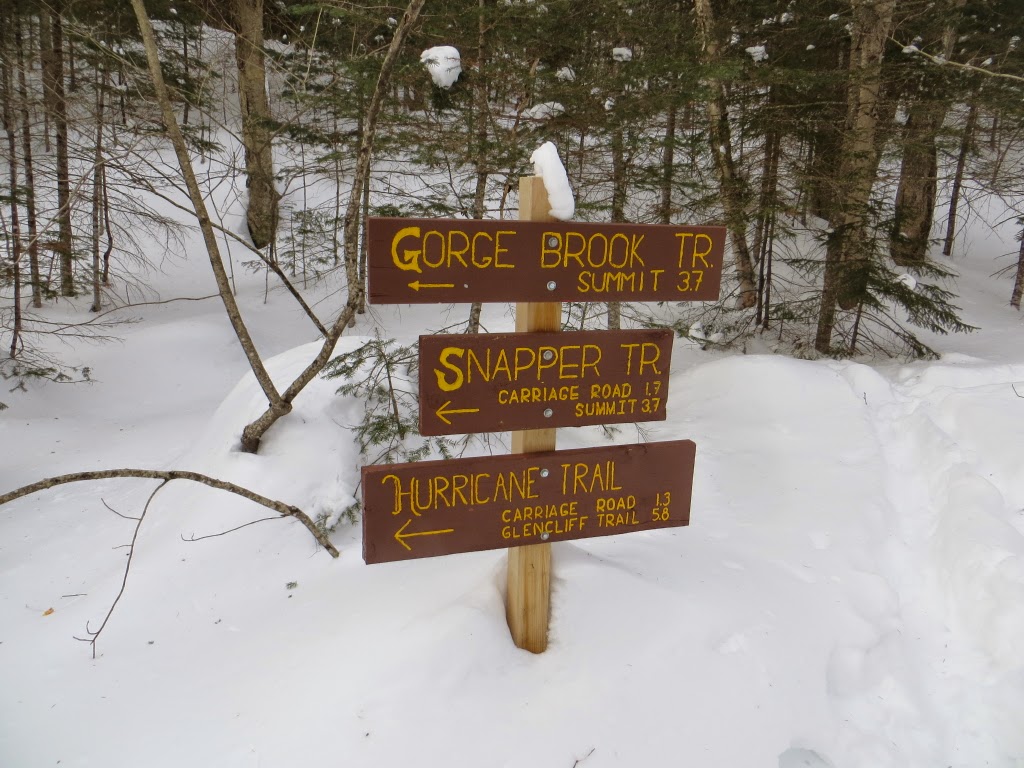 No takers for the swimming hole today. 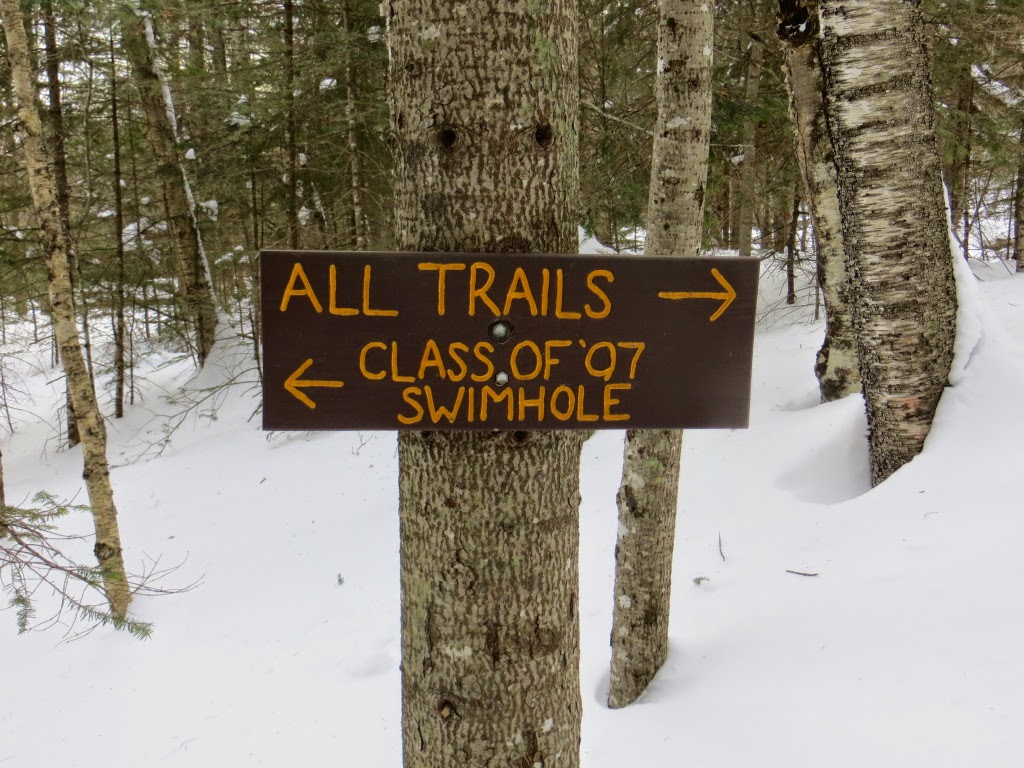 The famed Ravine Lodge, built in 1938 from virgin spruce logs cut nearby. 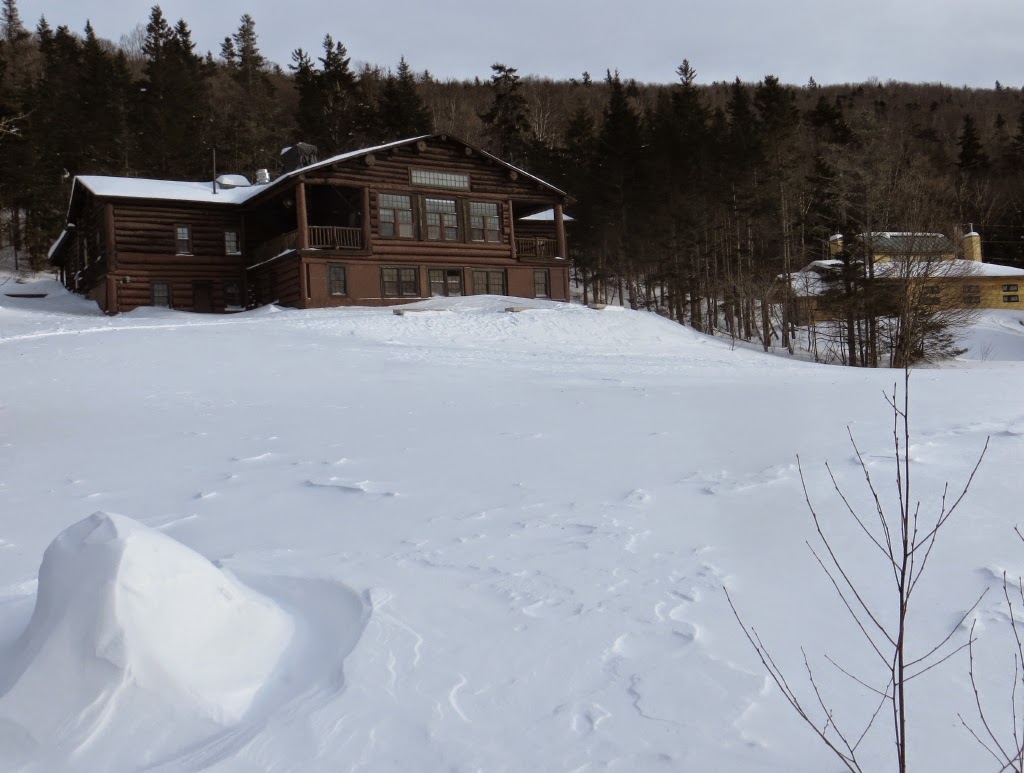 The Lodge faces an uncertain future, as after more than 75 years its structure has deteriorated. View up to the ridge from the corner of the Lodge. 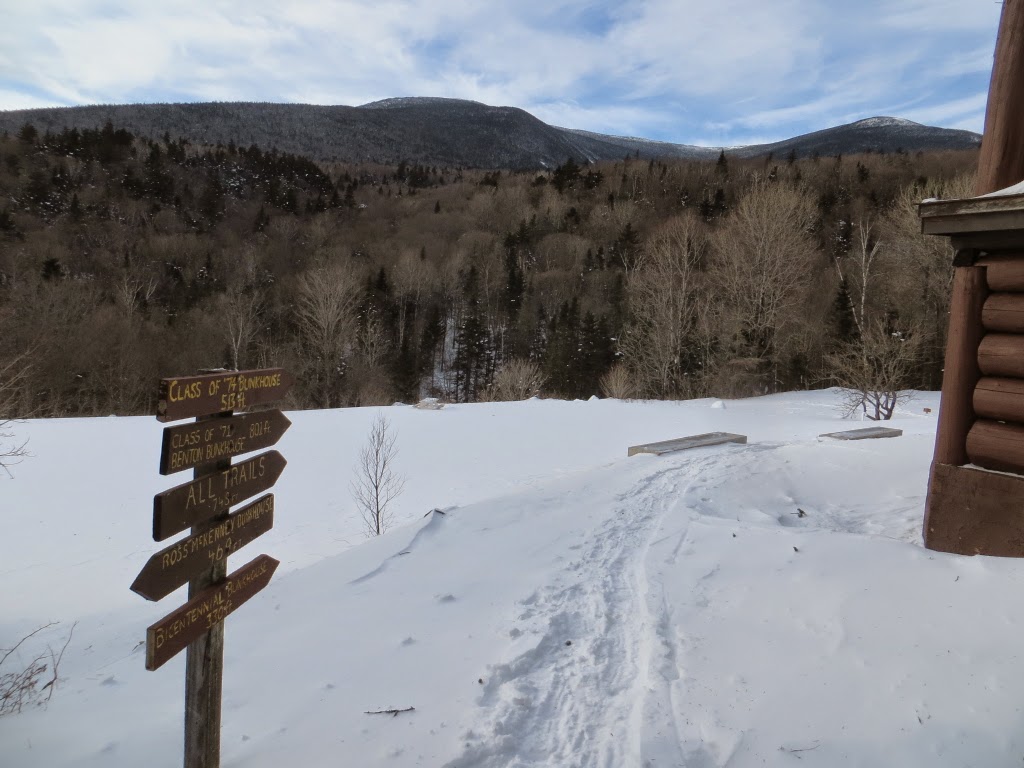 The South Ridge leading up to the South Peak of Moosilauke. This could make an interesting bushwhack someday. 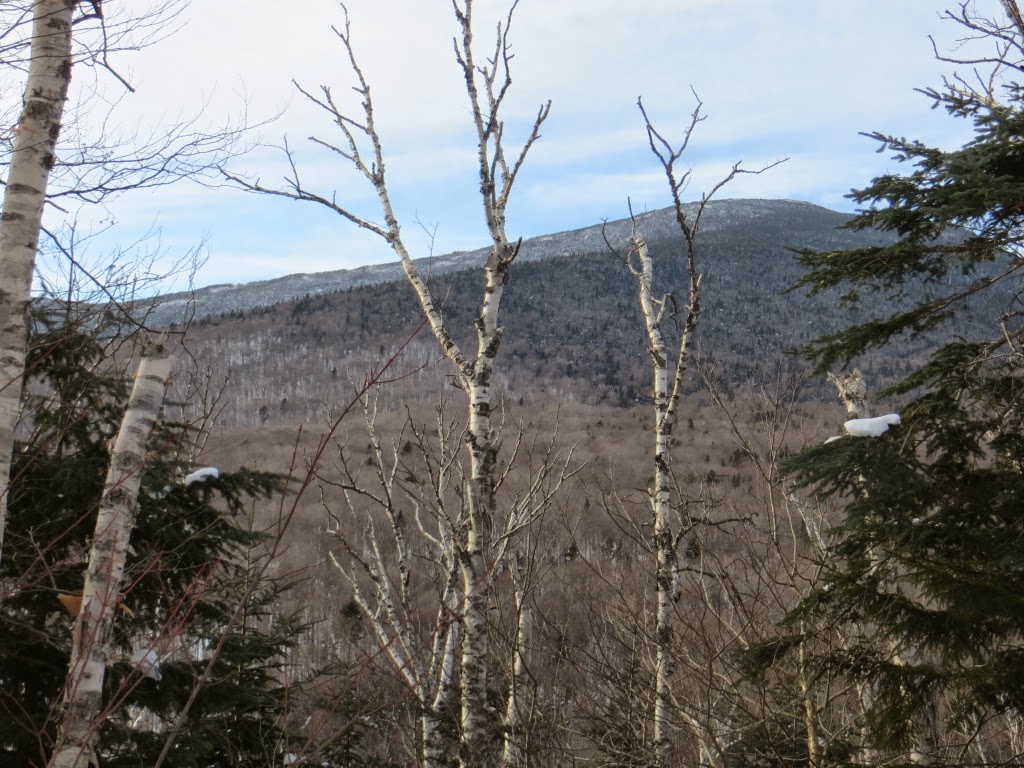 The South and East Peaks enclosing the upper Gorge Brook Ravine. The little white patch in the middle is one of the Pleiades Cascades. 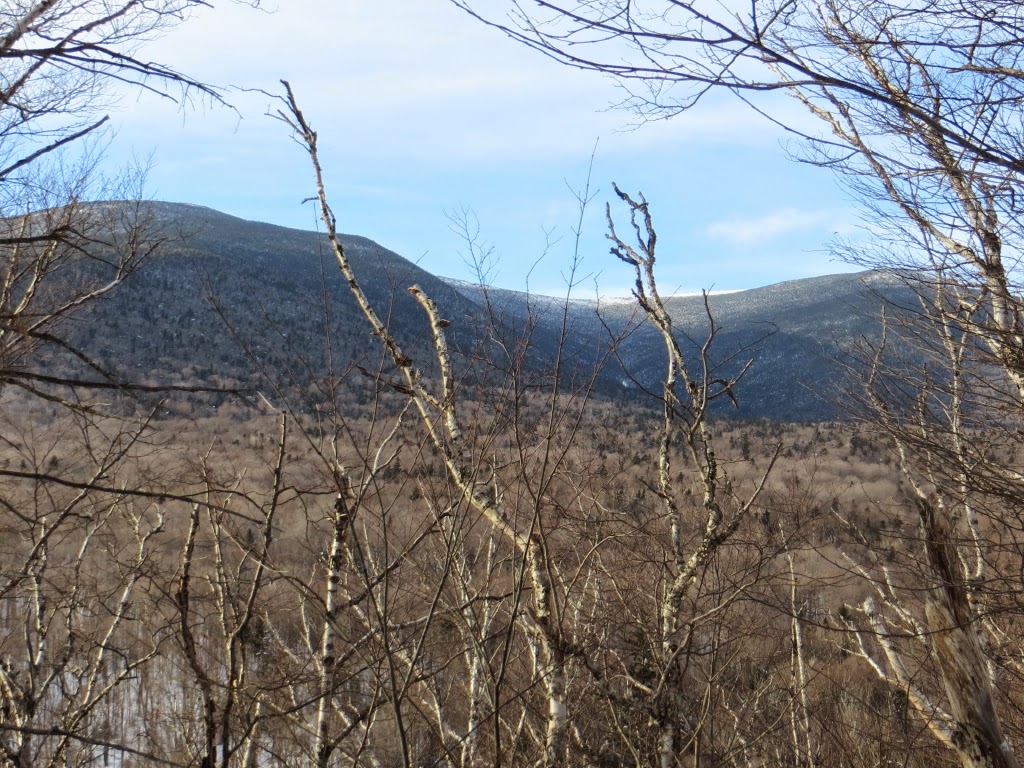 Late afternoon light on our way out on Ravine Lodge Road, wrapping up a nice five-mile snowshoe meander. 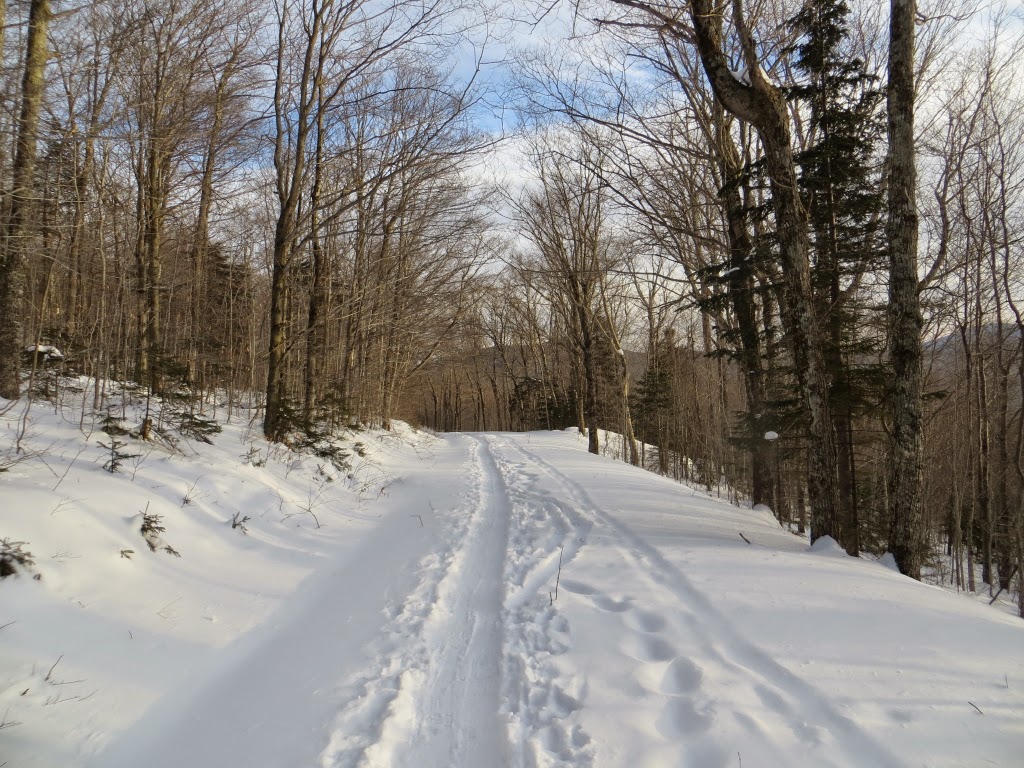