On a hot and humid day I spent six hours bushwhacking on the northern slopes of Mt. Waternomee in the company of fellow Kinsman Notch enthusiast Erin Paul Donovan. A variety of historic and natural features made for a very interesting day.

I started out solo on a hunt for two large metal wheels probably used in a snubbing set-up to lower logs down a steep slope during the Gordon Pond Logging Railroad operation in the early 1900s. We had thought they were in the Stark Falls Brook drainage to the north, as mentioned in several logging history books. But thanks to intel from local resident Russ Clark, who saw the wheels in the 1980s, we learned that they were in an area on the north side of Mt. Waternomee. Erin and I had spent six hours looking for them two weeks ago, and as it turned out had just missed them. Erin went back a couple of days later and found them. Now it was my turn to have a look.


After bushwhacking some distance up along a brook, I hopped onto a steep washed-out old sled road, and there up ahead through the brush I could see the object of my quest! 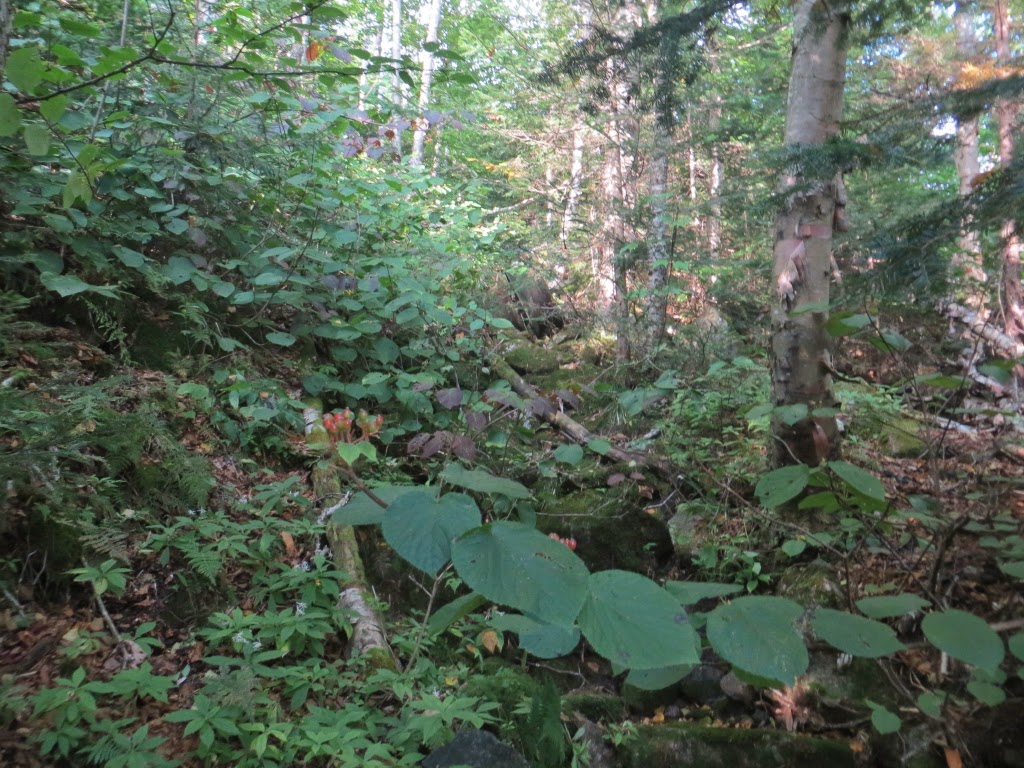 These wheels (drums) were built for heavy-duty use under the direction of legendary woods boss Jakey McGraw. 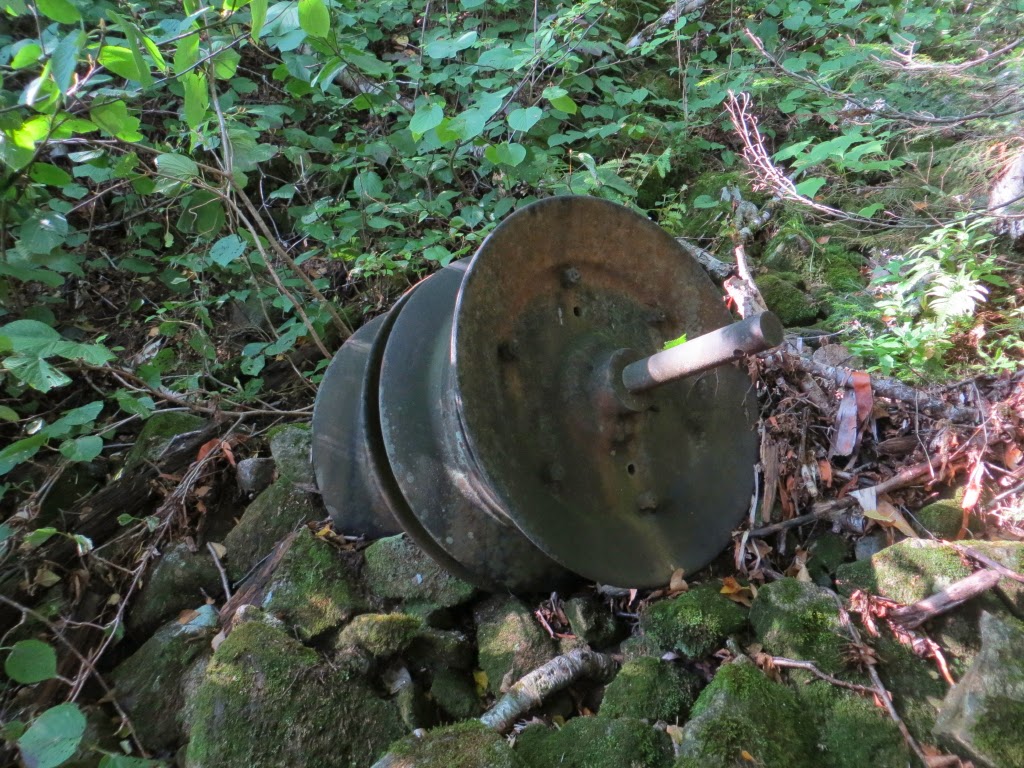 While I was starting to look them over, I heard some crackling in the woods. It turned out to be not a bear or a moose, but Erin, coming back up for another look after doing some reconnaissance on the other side of Route 112. 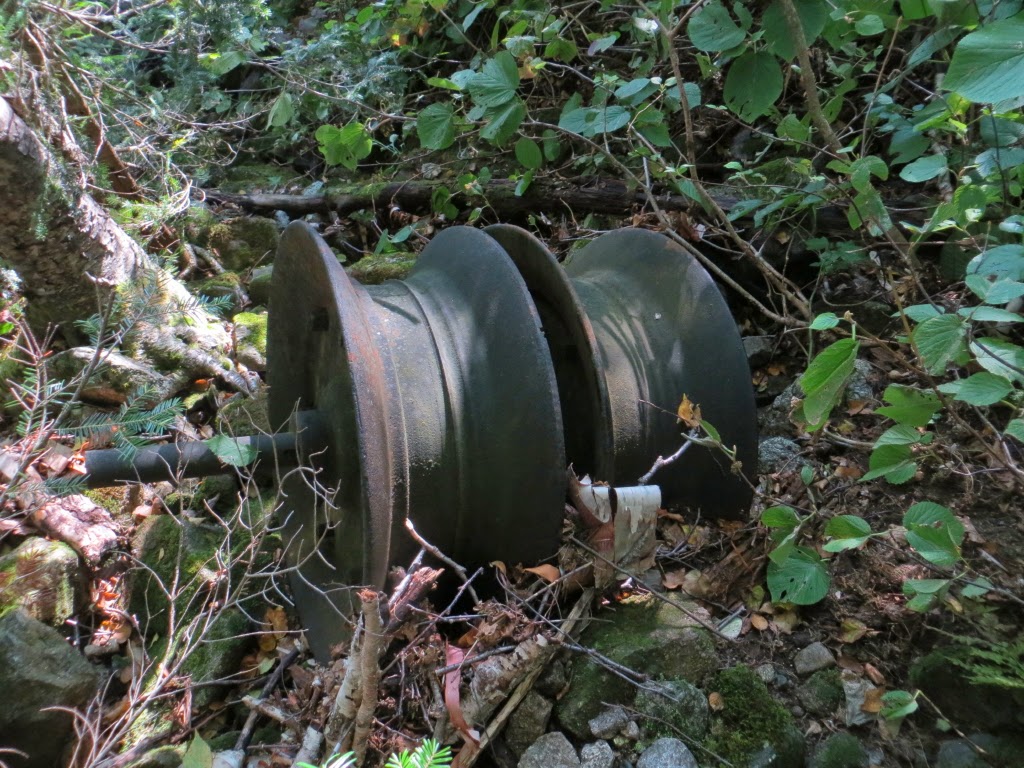 Erin examines a long spike used in the snubbing operation. 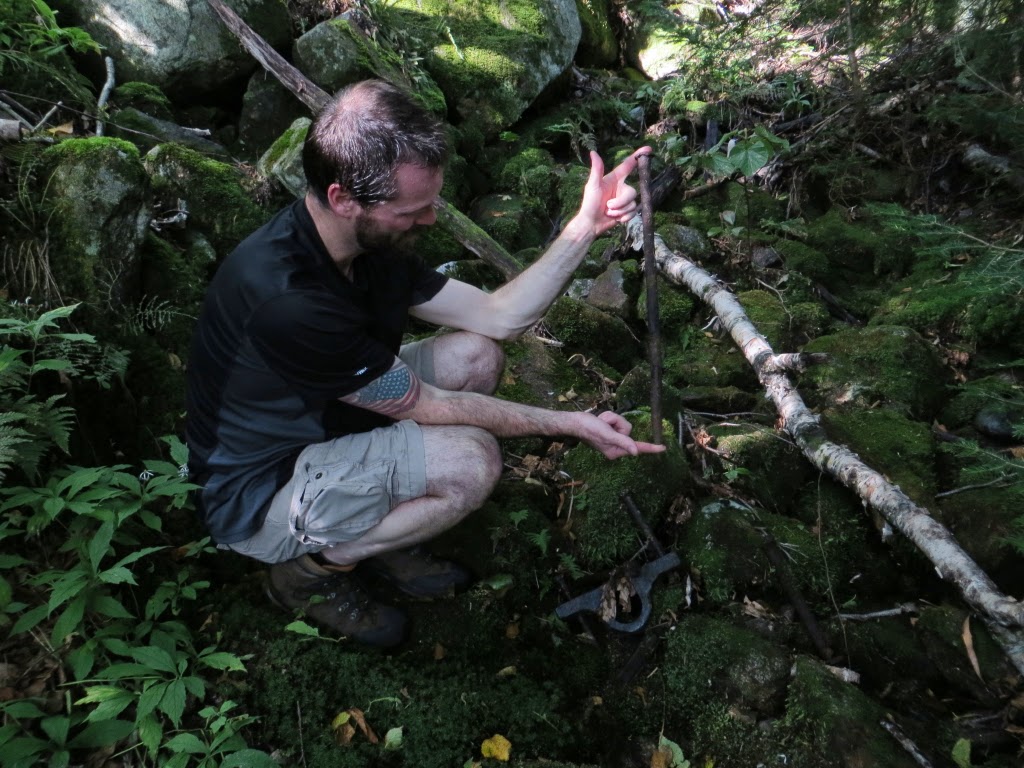 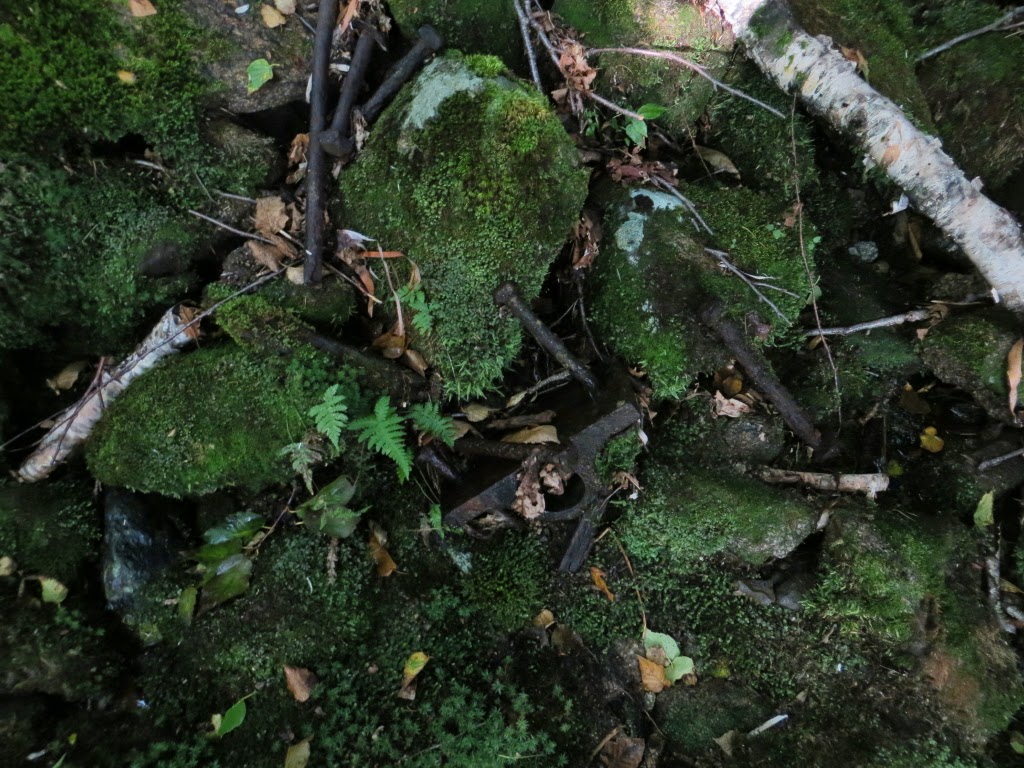 A length of the thick cable used with the wheels. This must have been quite a sight when in operation. 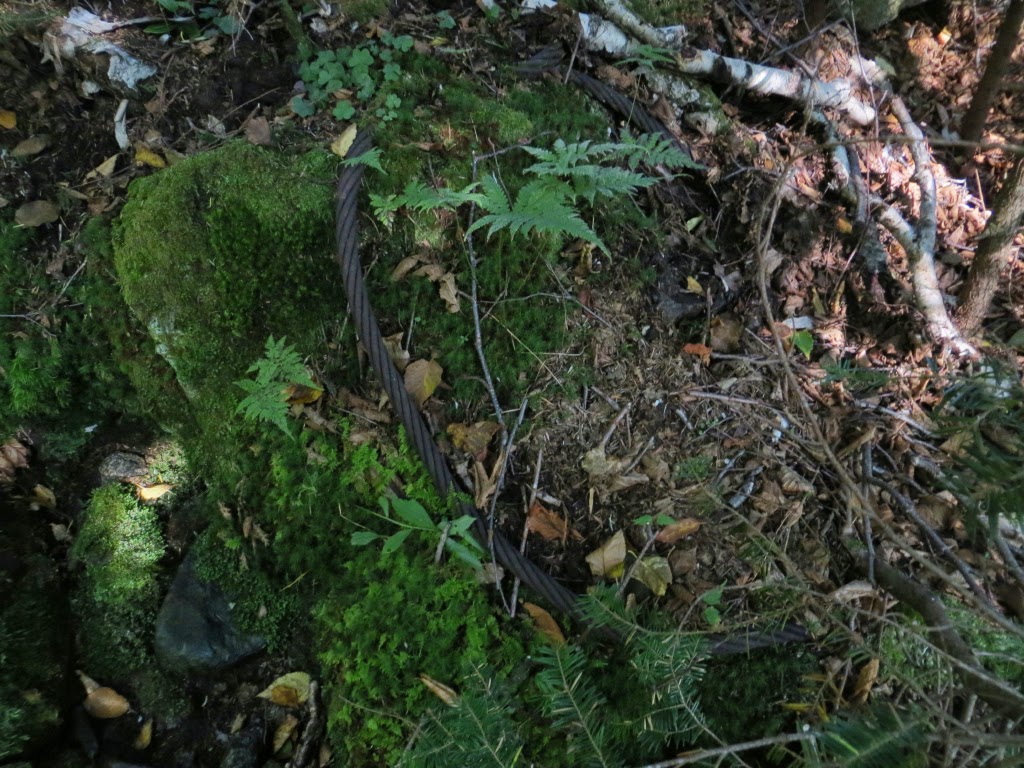 We continued up to  a familiar brook, with a developing carpet of red maple leaves. 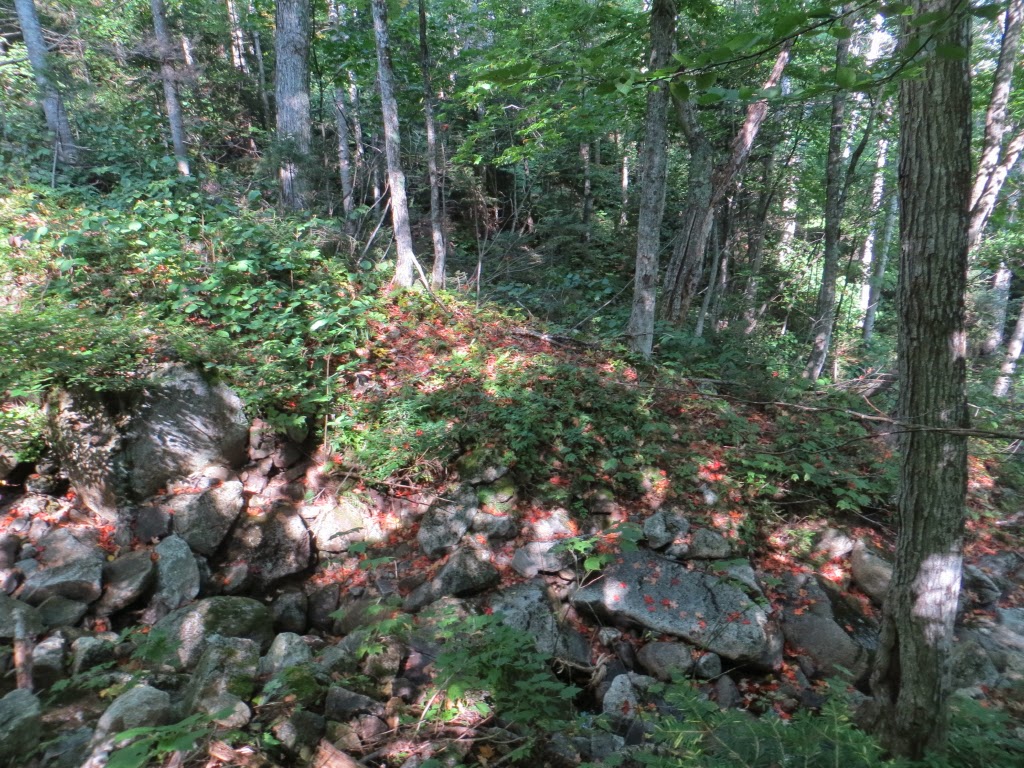 On previous visits this was a lovely cascade, but today the brook was nearly dry. 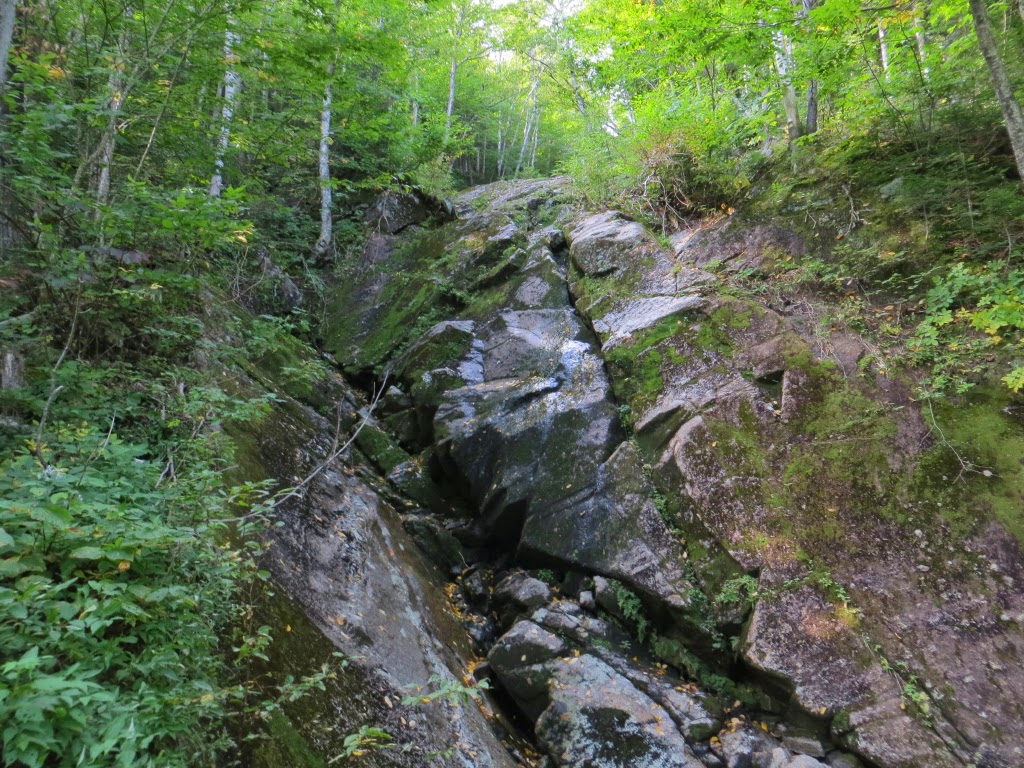 A calm pool deep in the forest. 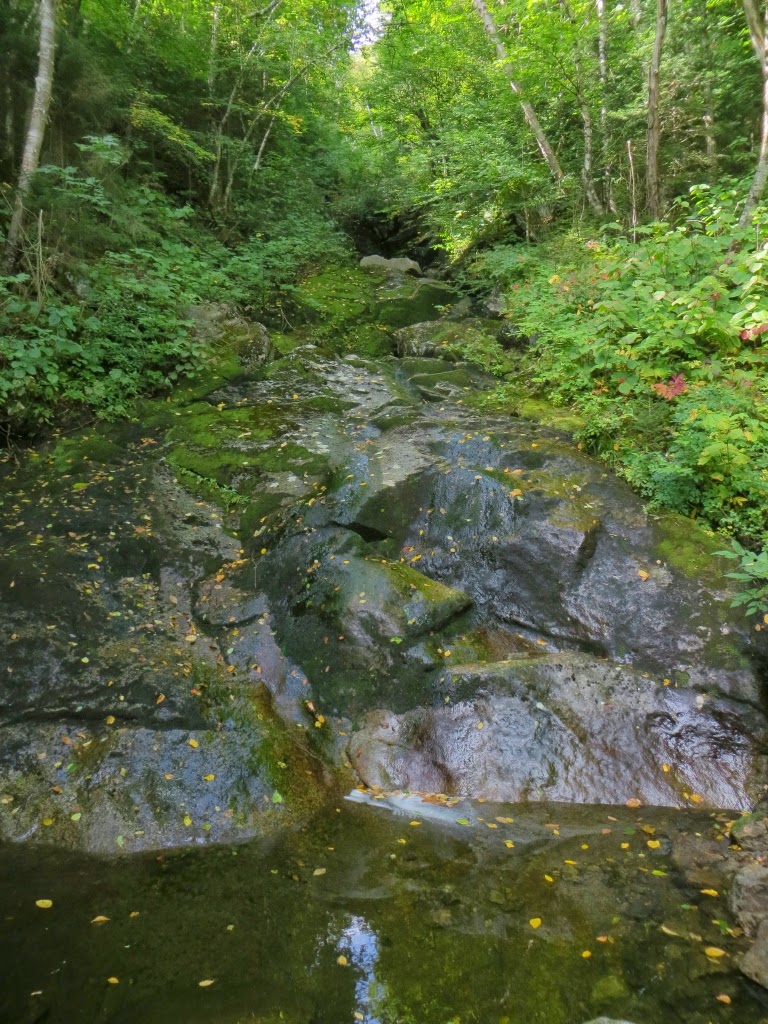 An old sled road leading across the slope through fine paper birches. 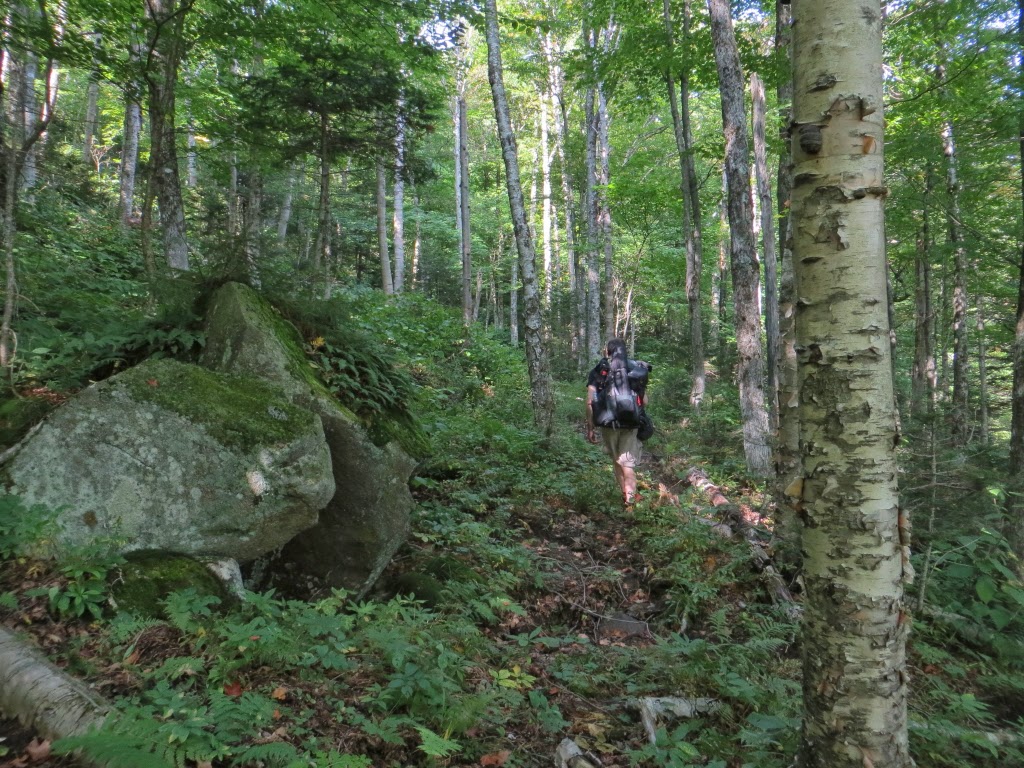 We bushwhacked rather steeply up the slope through open hardwoods. 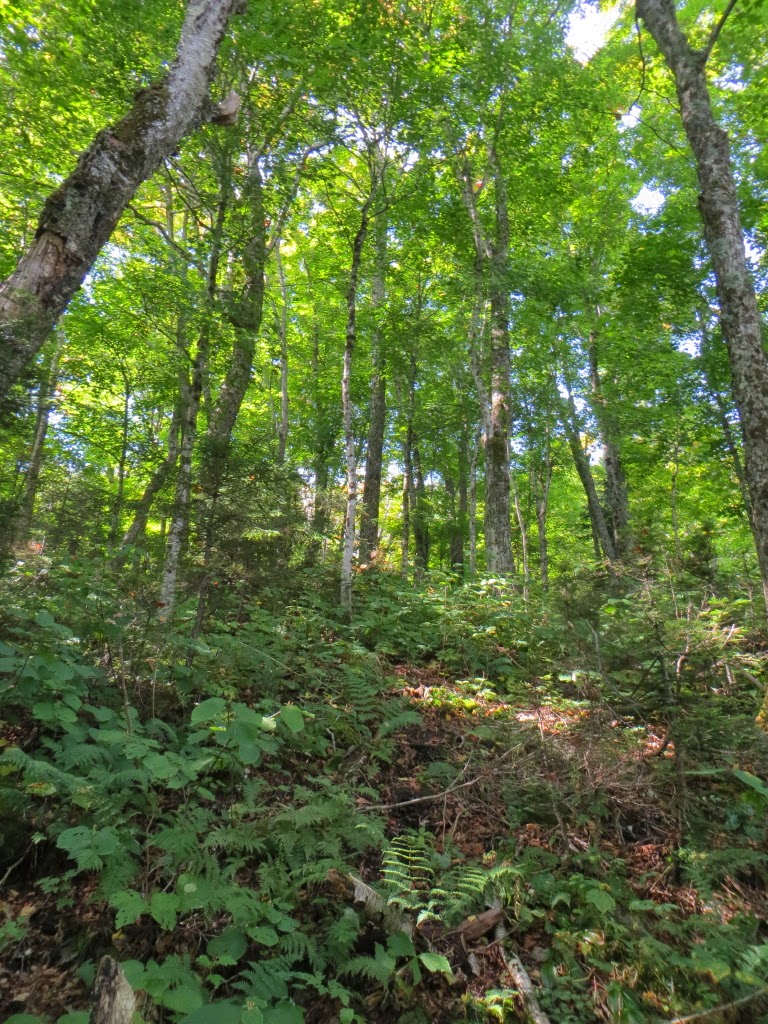 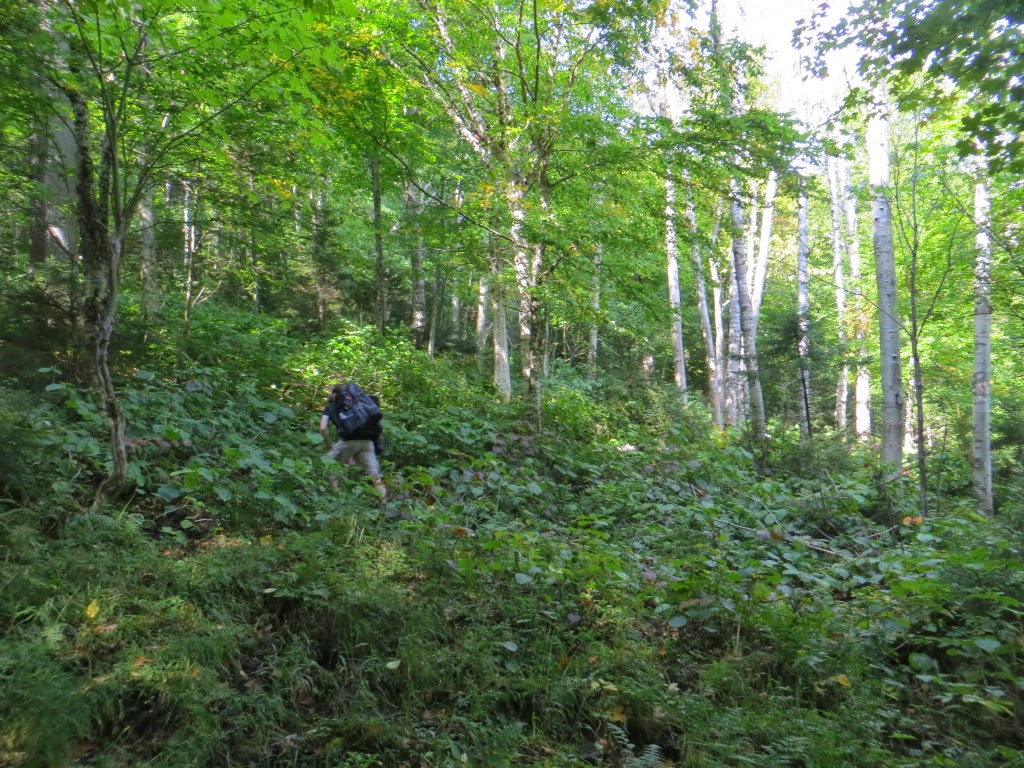 Looking back down the slope. 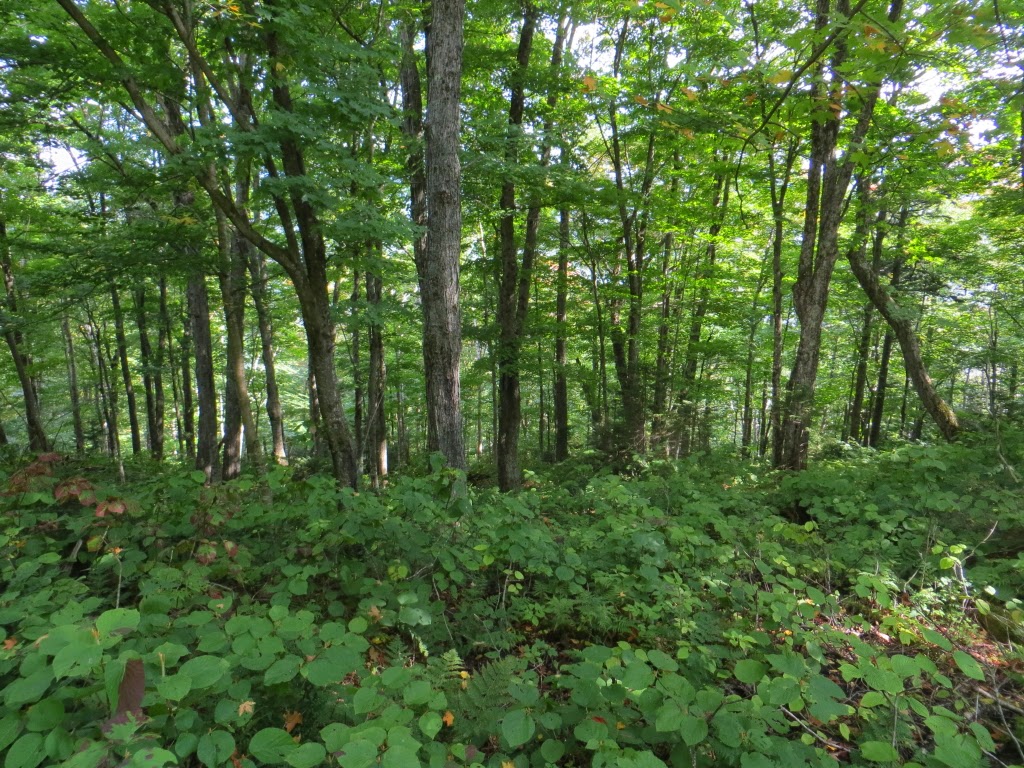 Another amazing old sled road led us higher up into the valley. 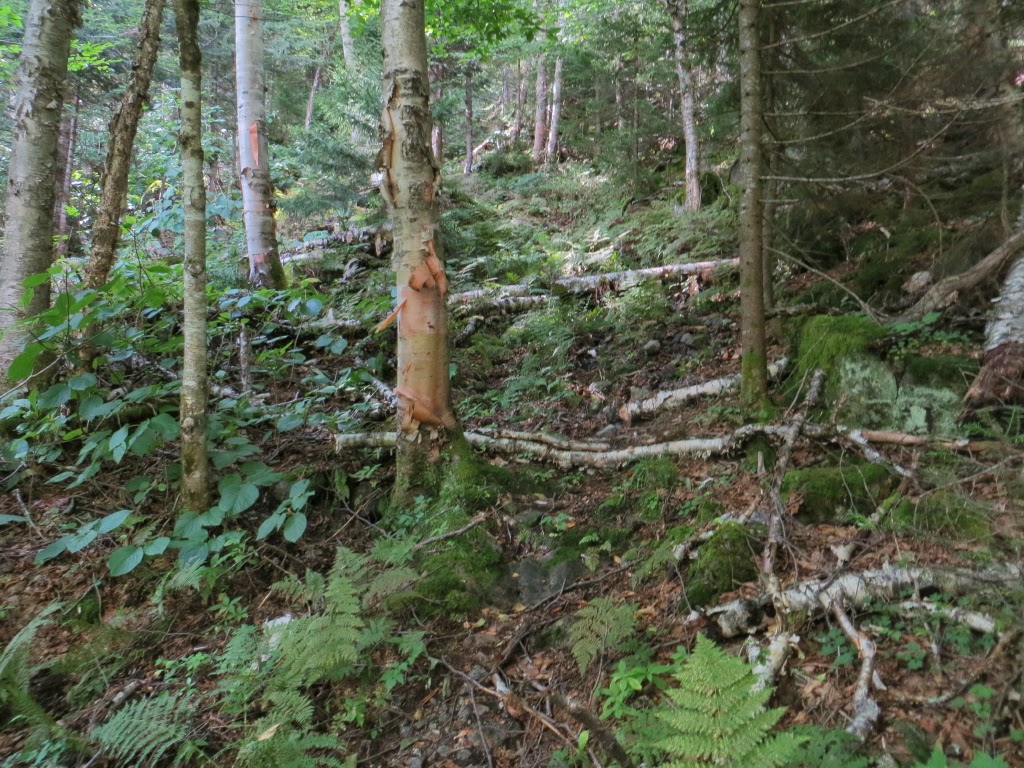 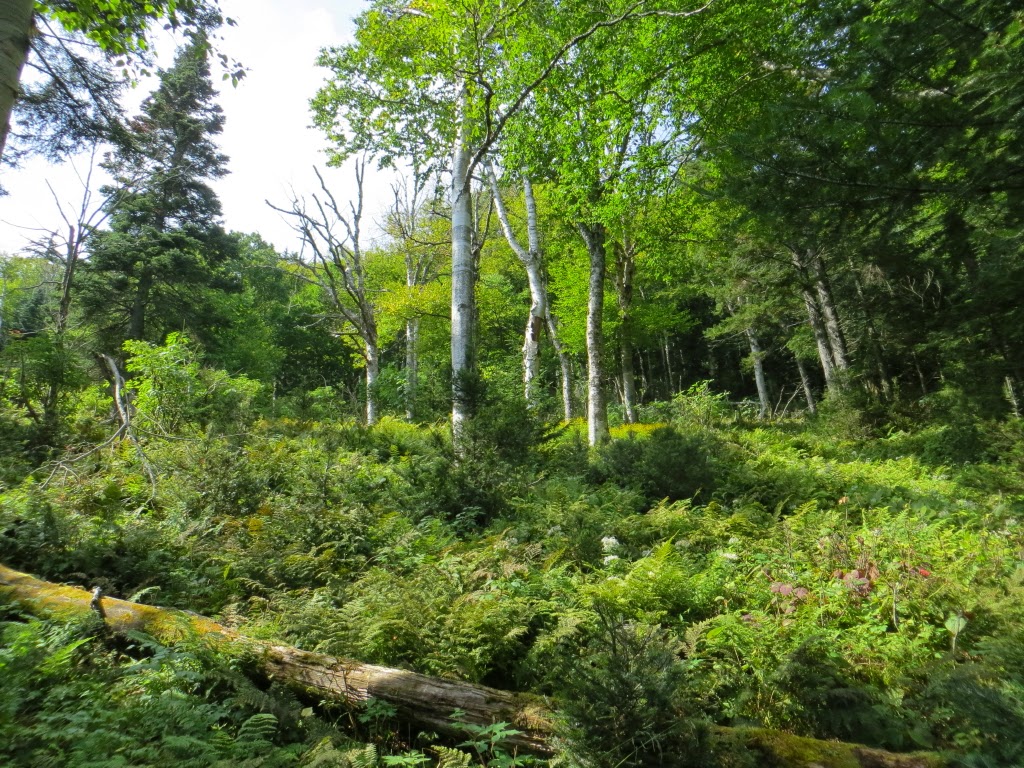 A yellow birch with a healthy crown. 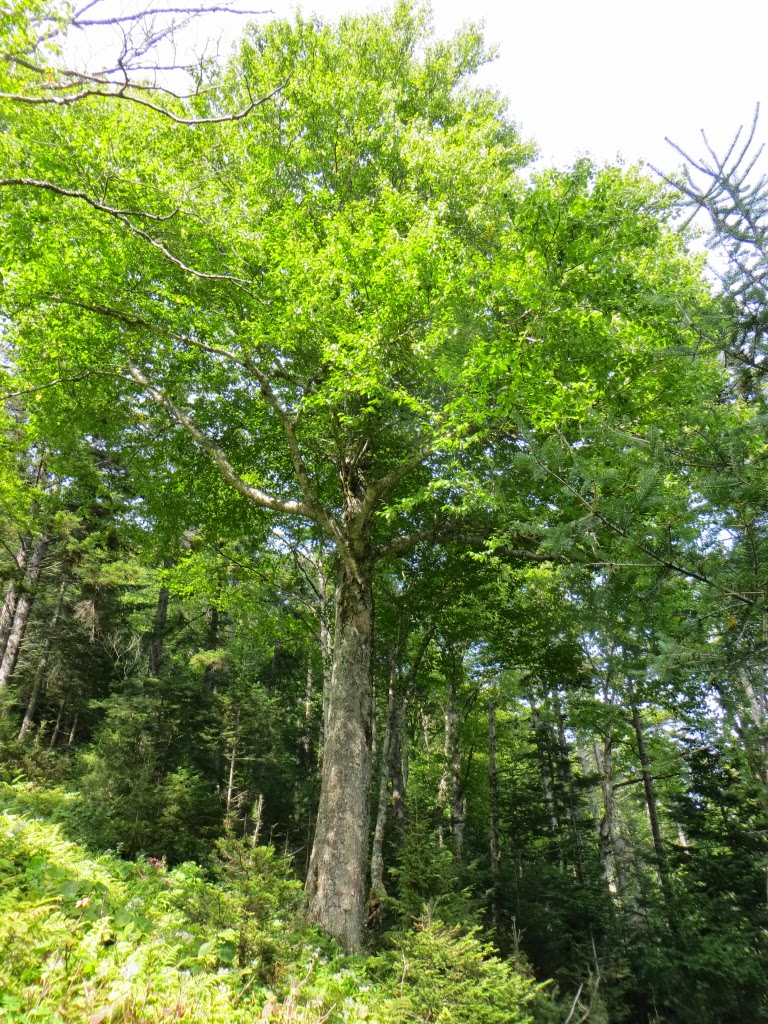 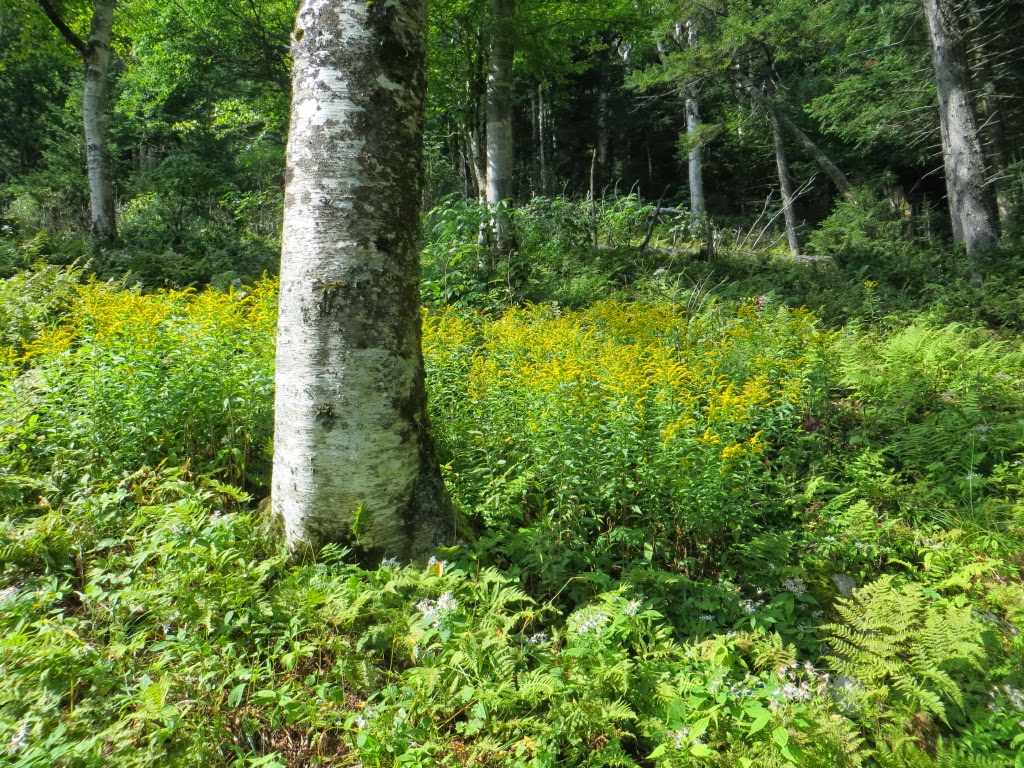 A peek out at lower Kinsman Ridge and Mt. Wolf. 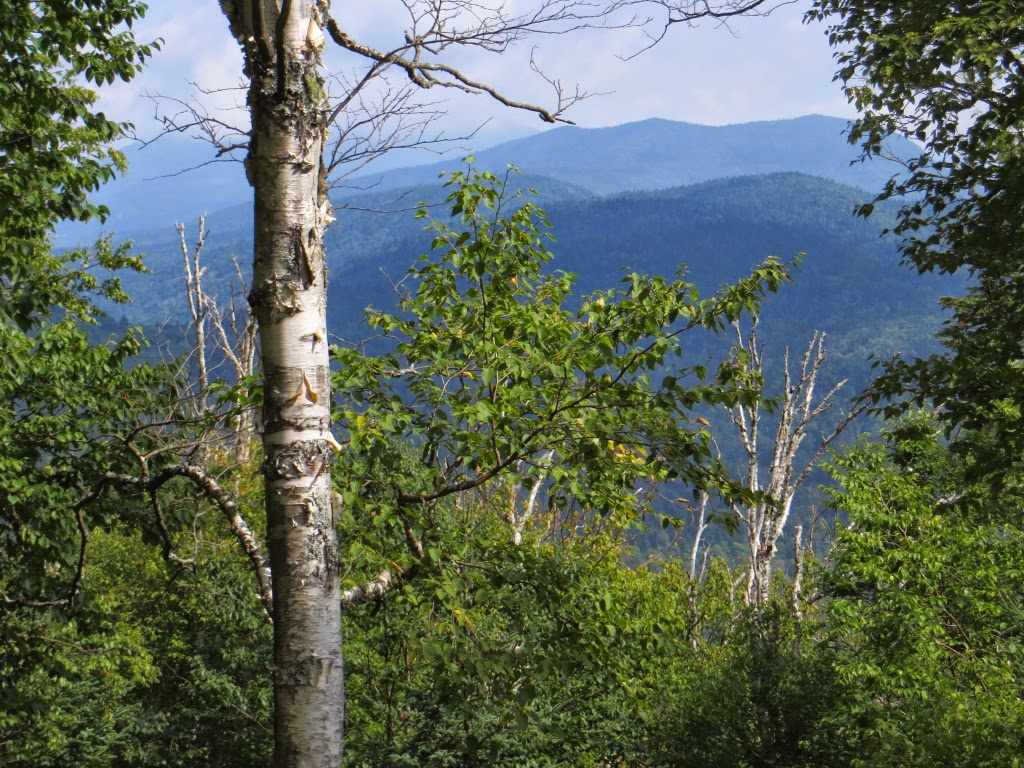 We wondered what created this wide shrubby swath up the slope. An ancient landslide? 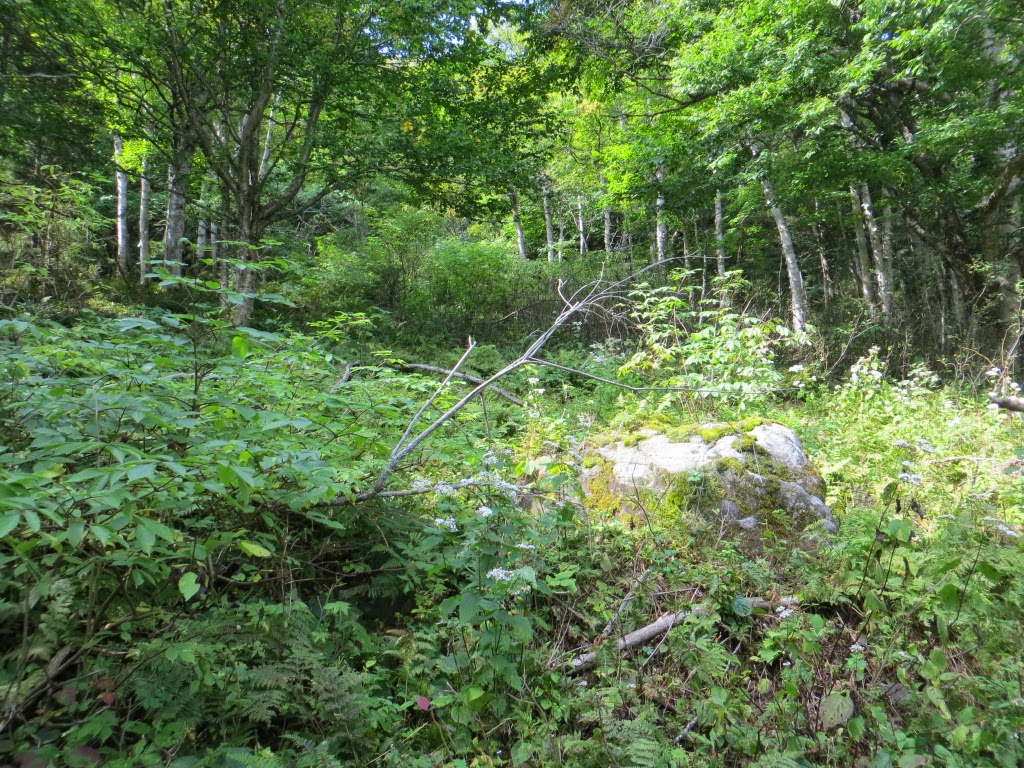 Here also were tall stands of white snakeroot, a poisonous perennial.  In earlier times a number of people - including, apparently, Abraham Lincoln's mother - died after drinking milk from cows that had eaten snakeroot. 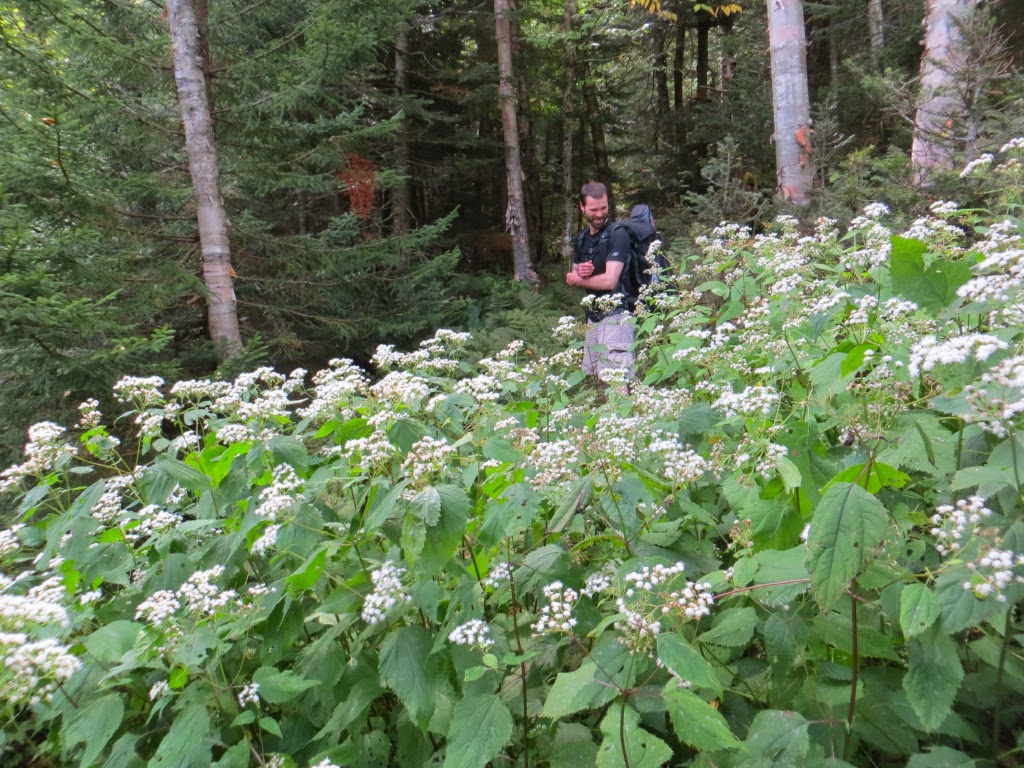 Looking down into a rocky gorge. 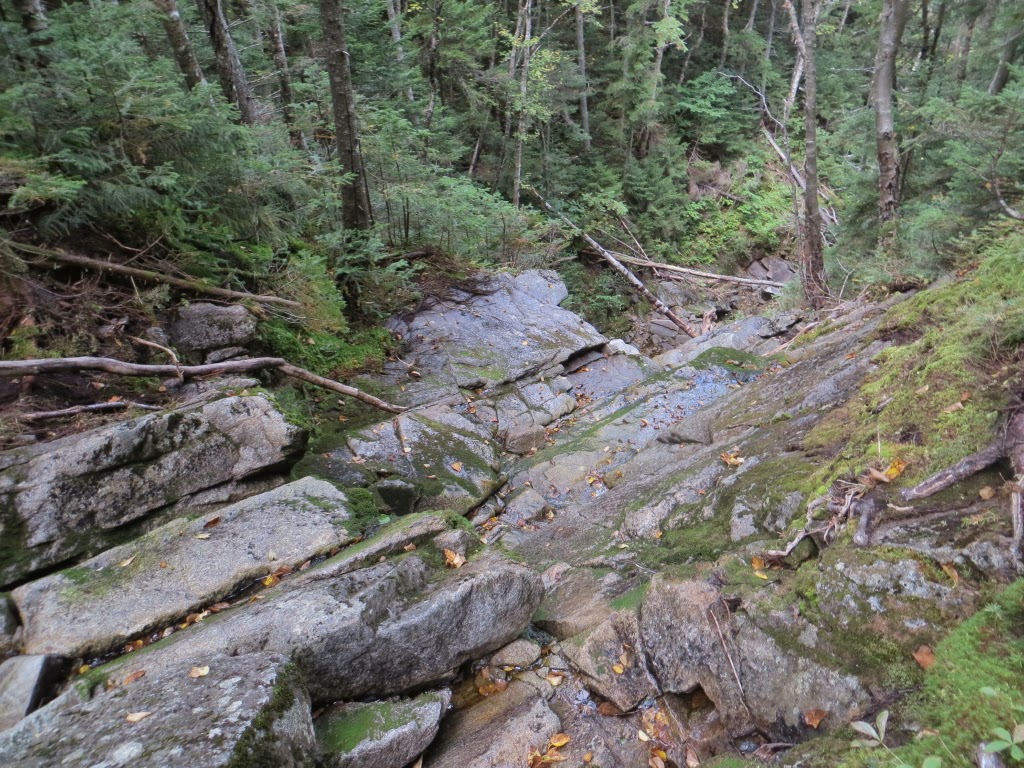 Erin, a professional photographer, shoots a lovely mossy reach of the brookbed. 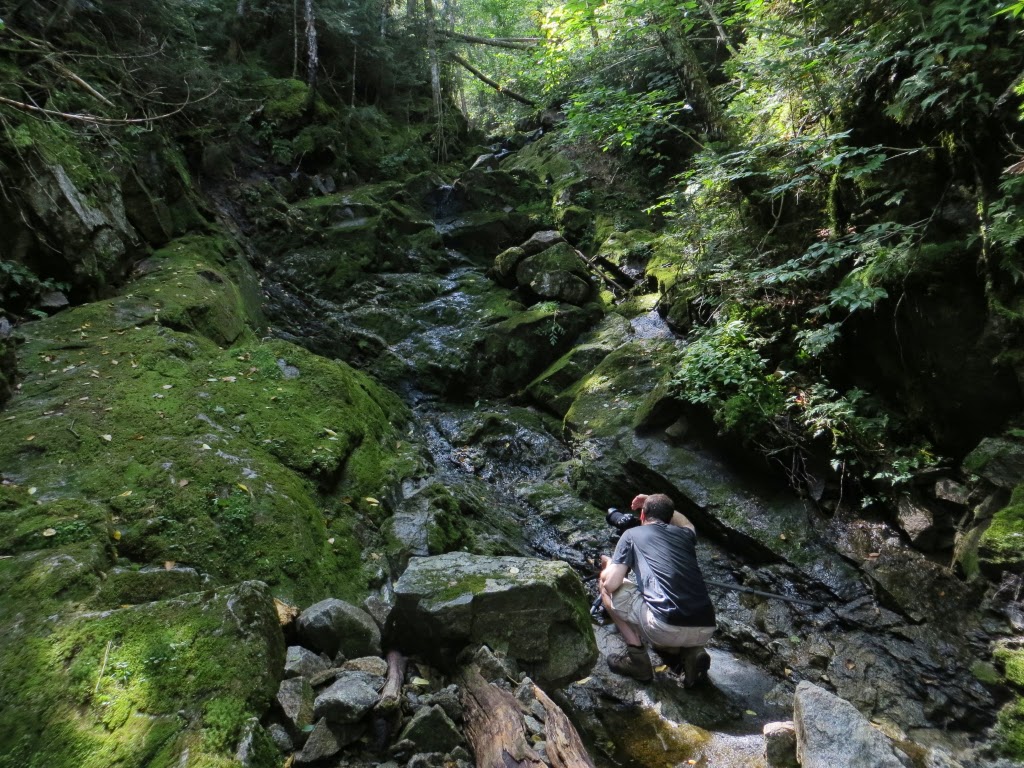 Coming back down the brookbed. 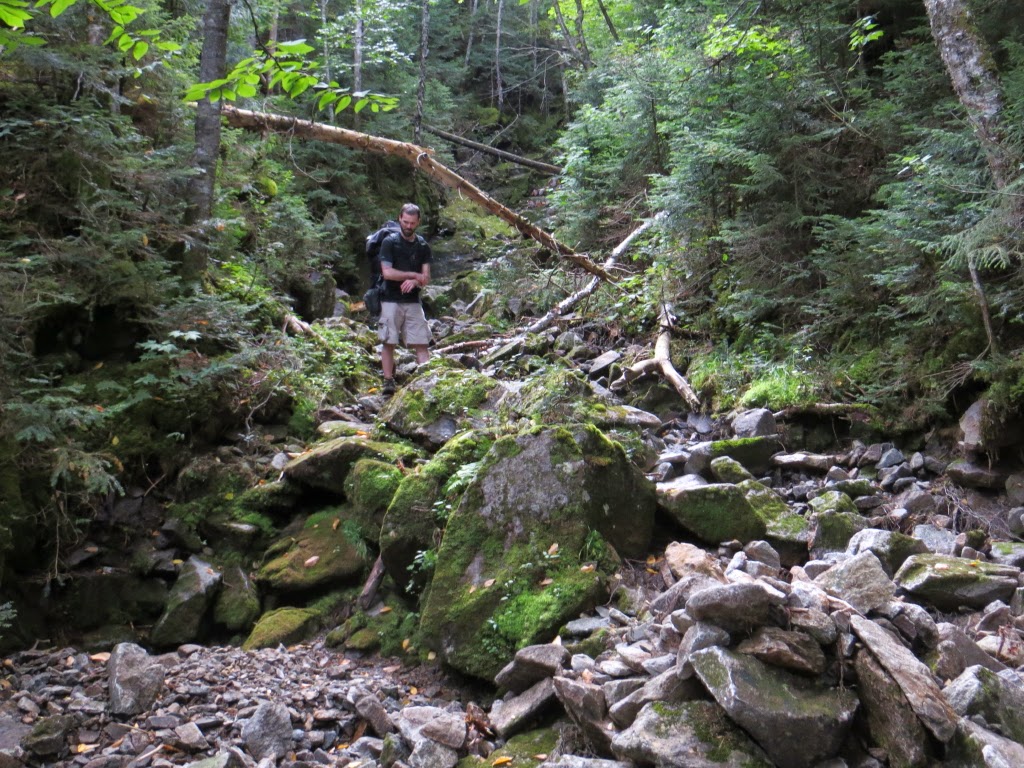 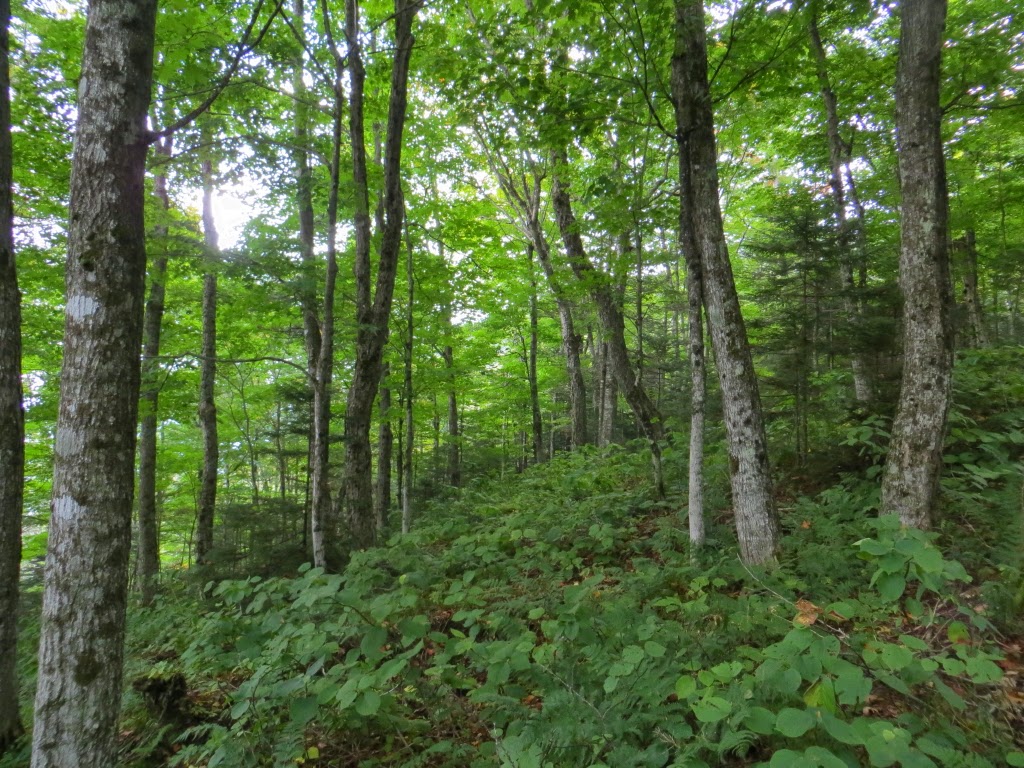 A yellow birch spreads above a sea of hobblebush. 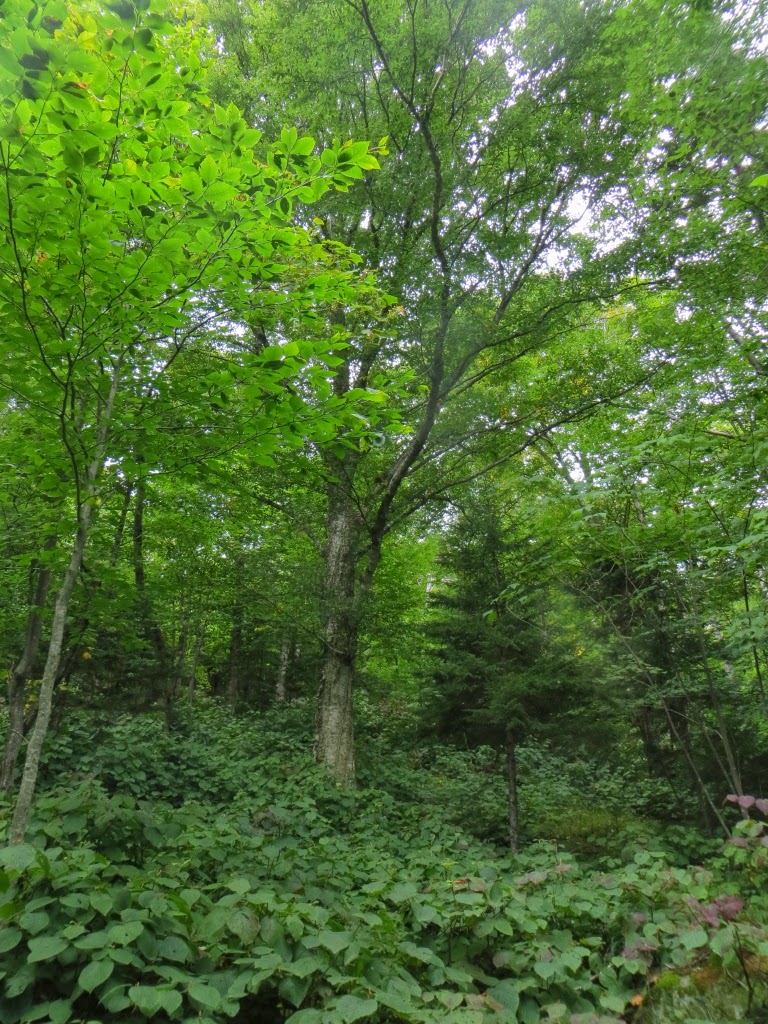 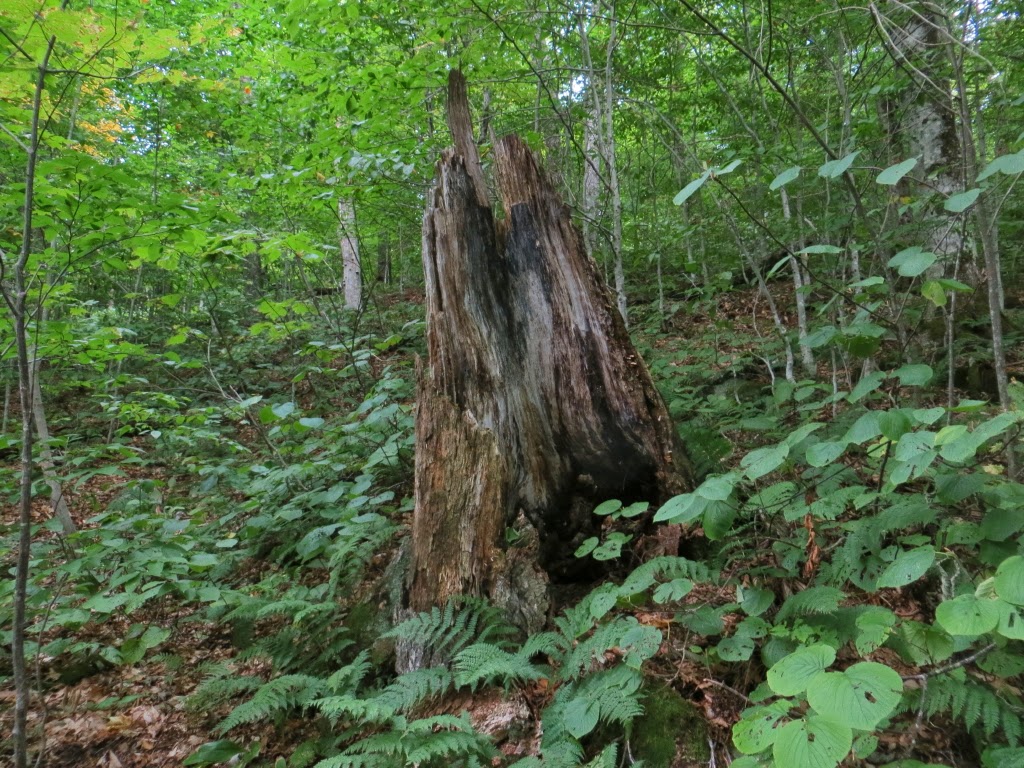 A towering boulder, which we have dubbed Kinsman Notch's own "Pulpit Rock." 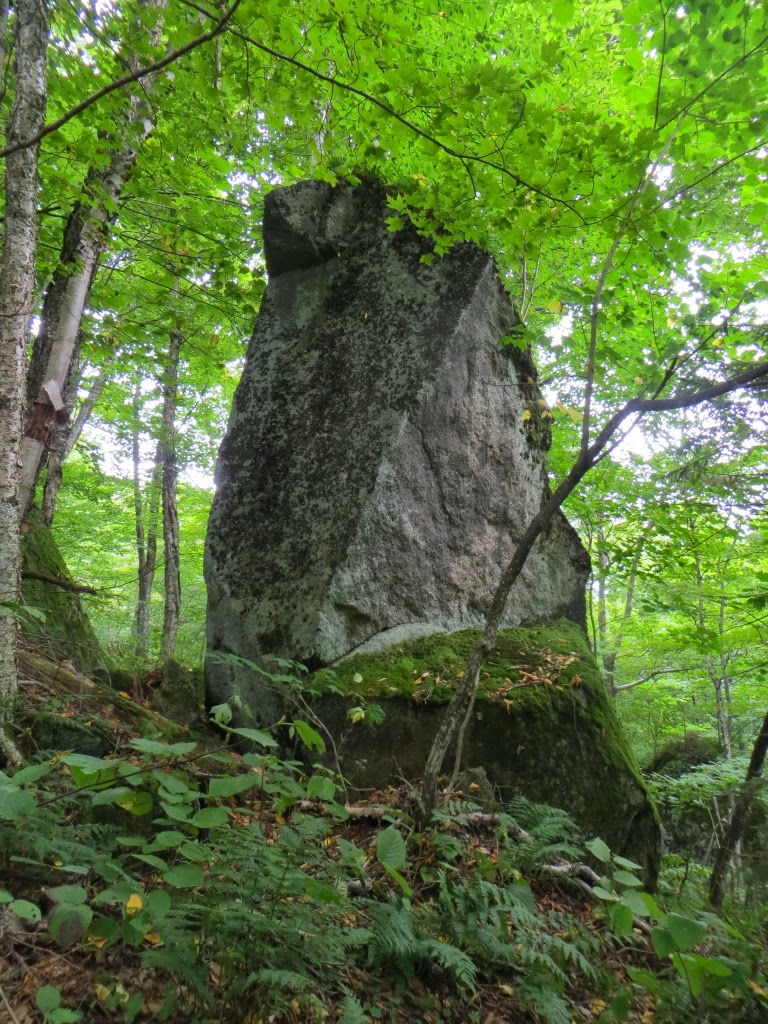 Erin stands beside the rock for scale. 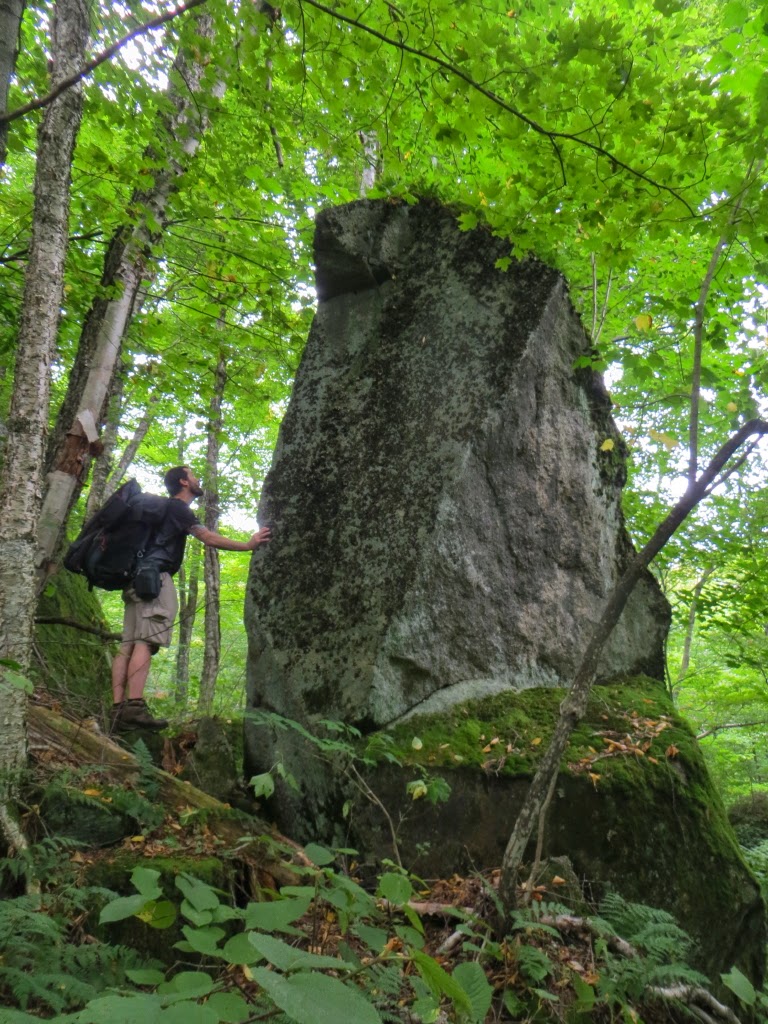 From the other side, Pulpit Rock is perfectly cleaved. One of many interesting things to see in Kinsman Notch. 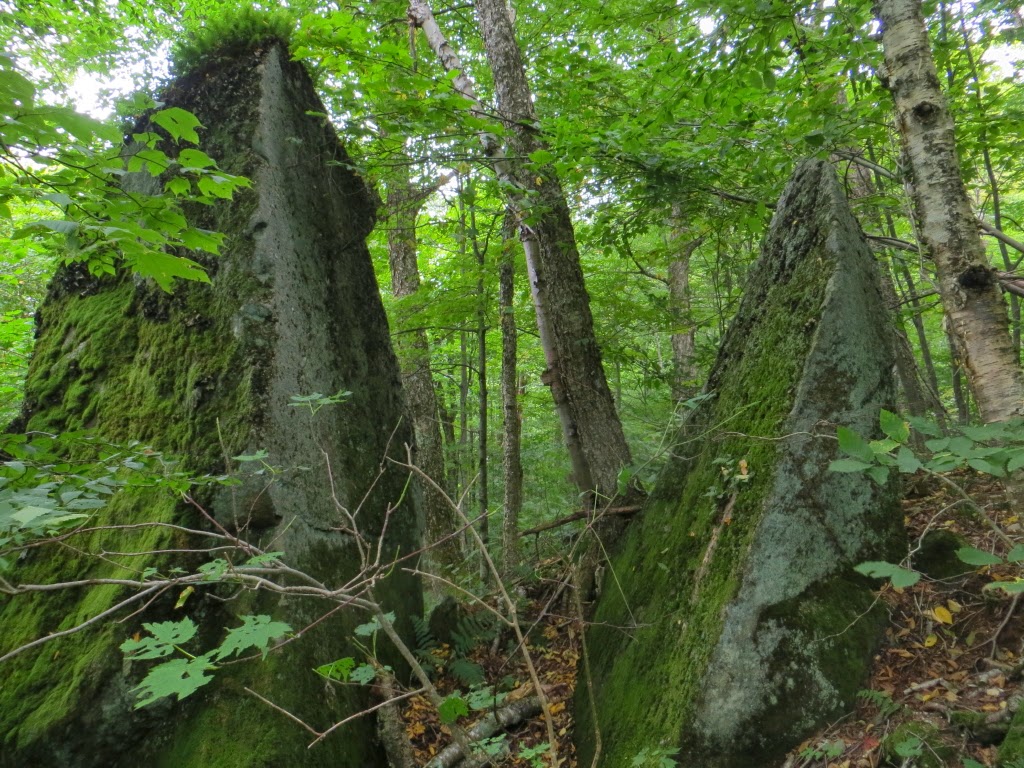