After a snowblowing/shoveling morning (8" of powder in Lincoln), I made a short but strenuous climb to "The Luck of the Irish," a popular ice climbing area in Kinsman Notch on the lower NE slope of Mt. Waternomee. I didn't know where the climber's access trail was, so I made a steep bushwhack starting from the plowed pulloff on Rt. 112. 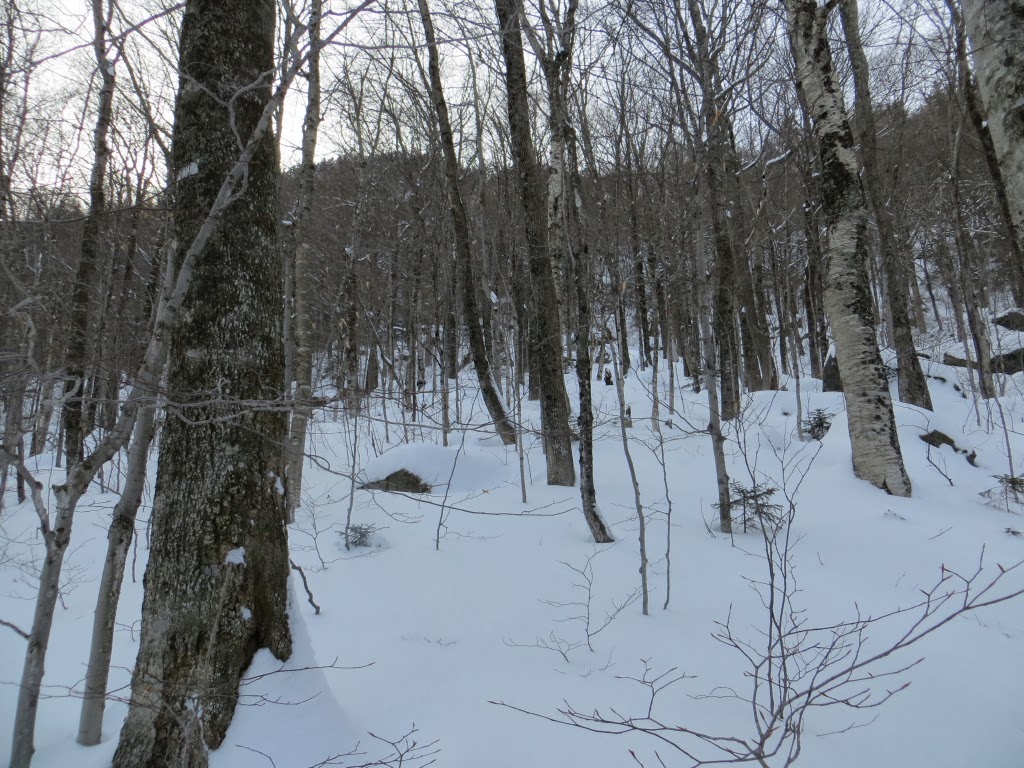 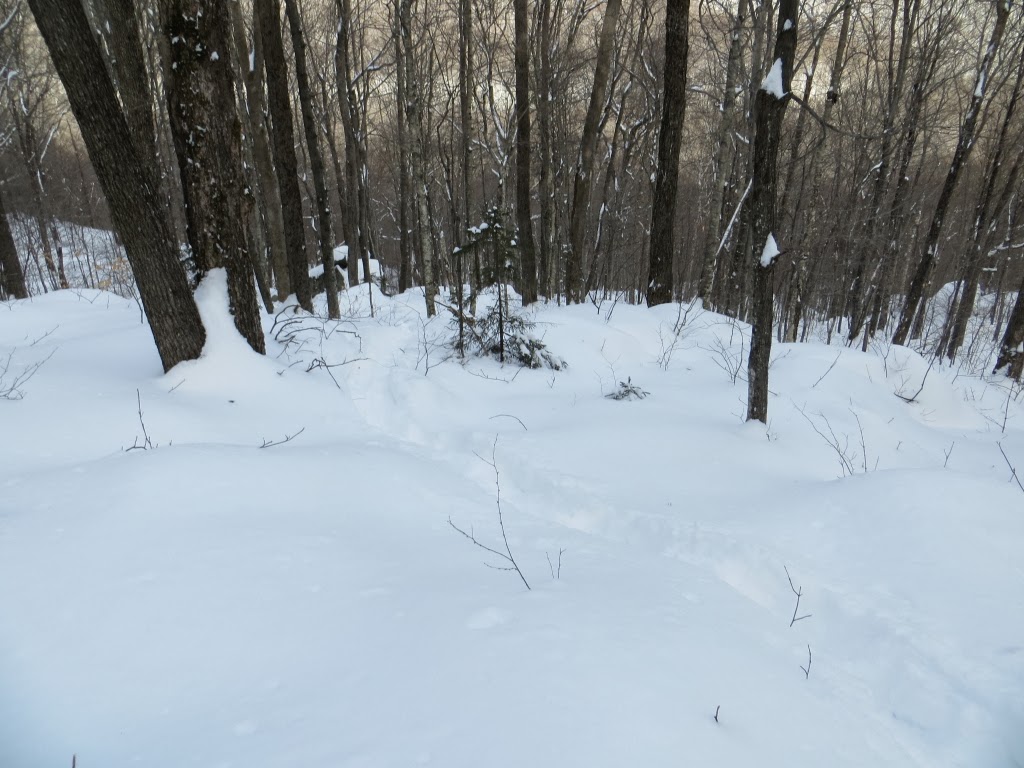 Approaching the crags, the terrain got a little crazy. 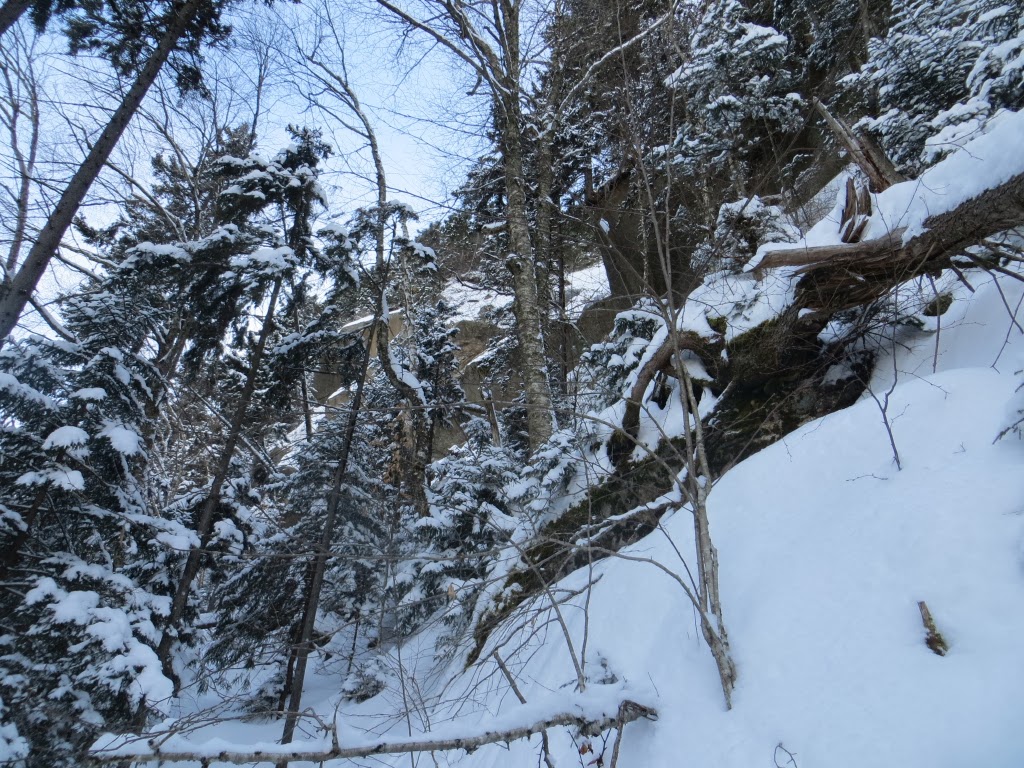 The most challenging snowshoeing I've done in a while. 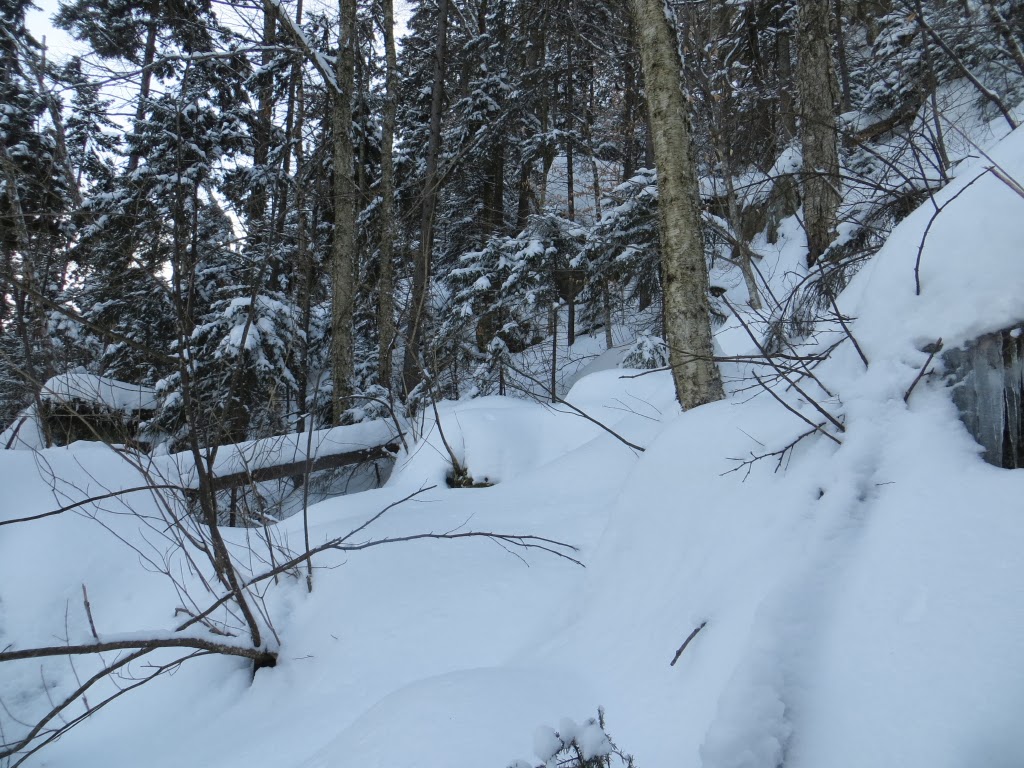 Finally, the ice flows are in sight! 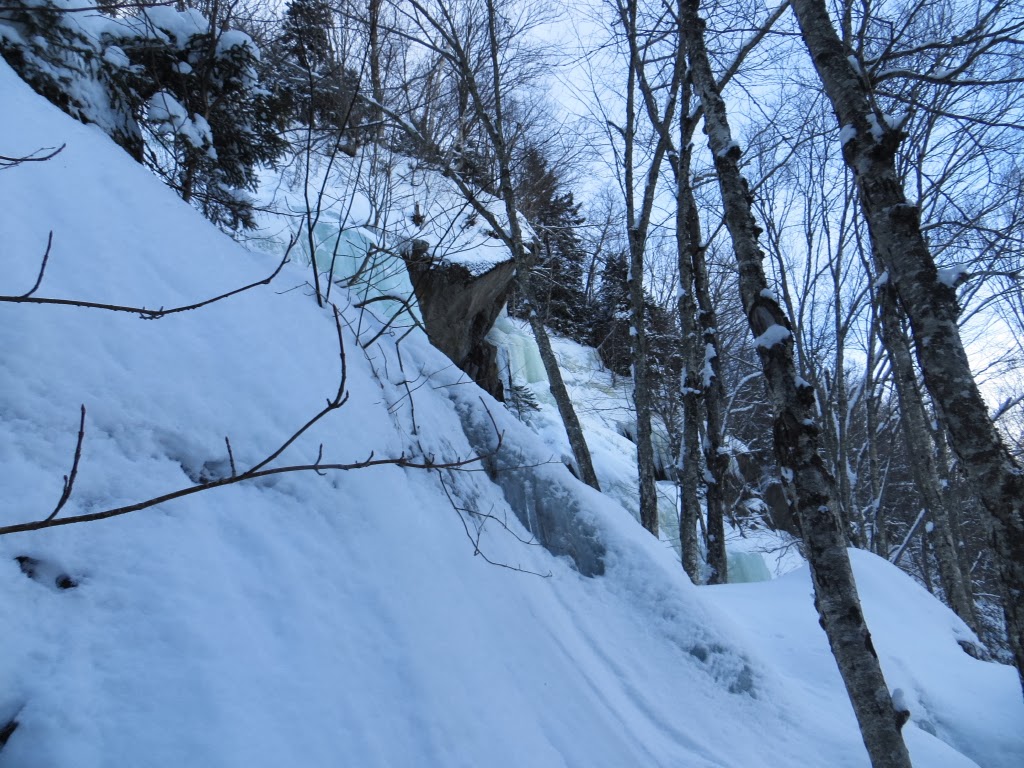 Wow - what a neat winter playground, cloaked in pristine untracked snow with no one around. 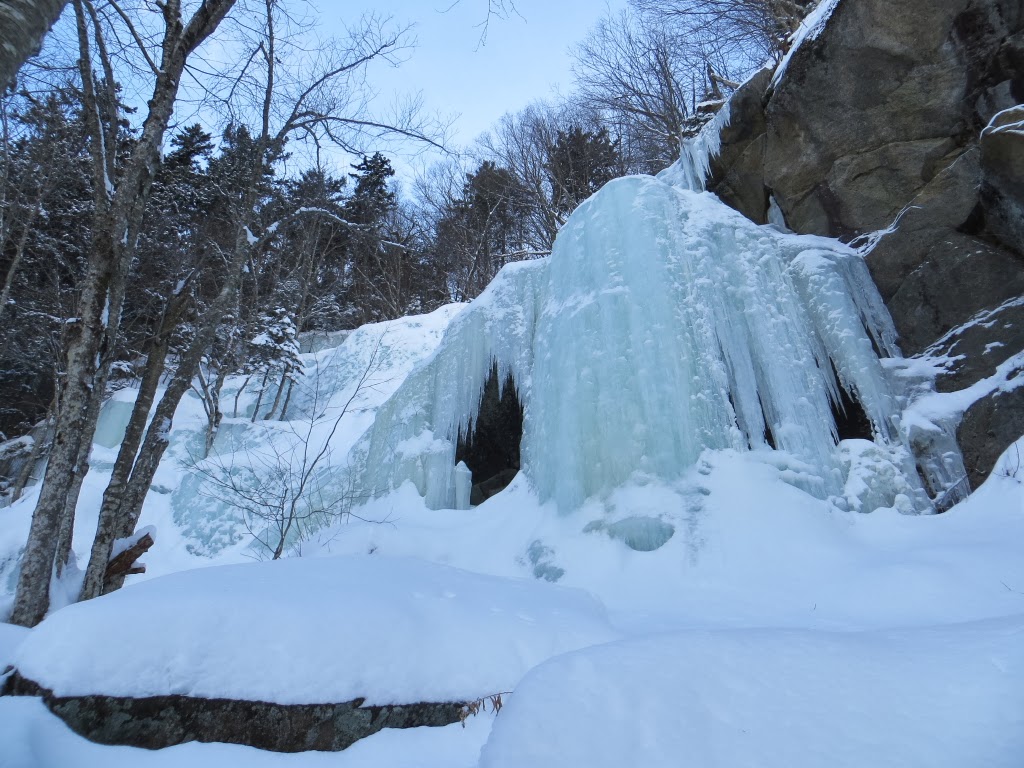 A rock overhang splits two of the ice formations. 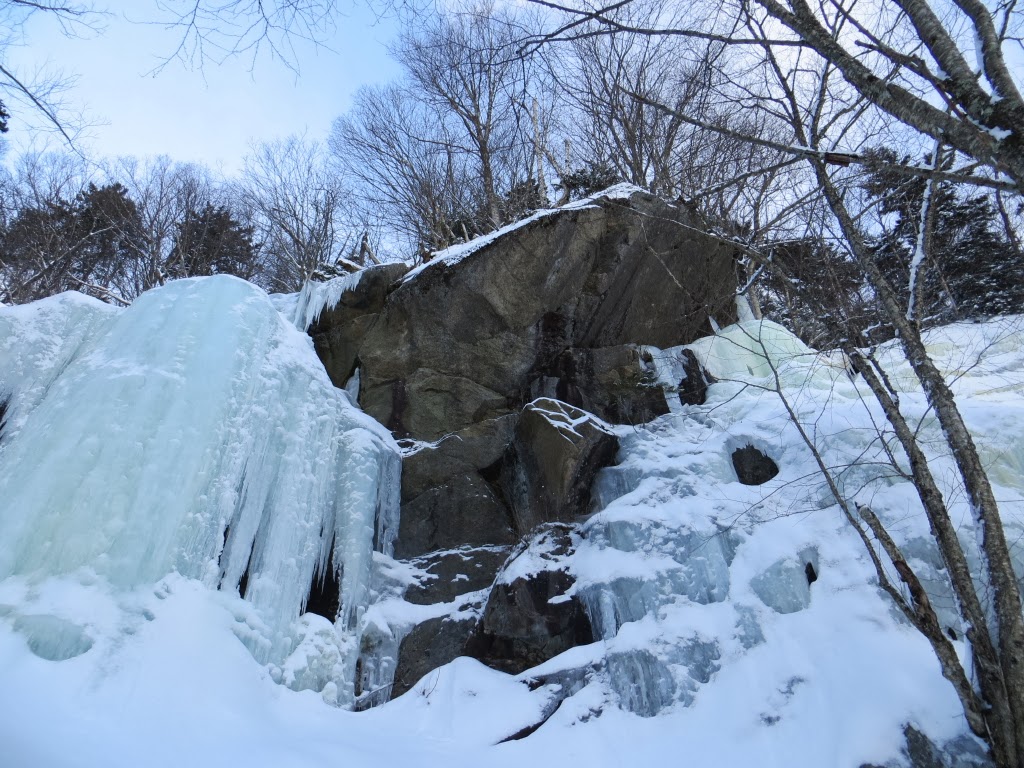 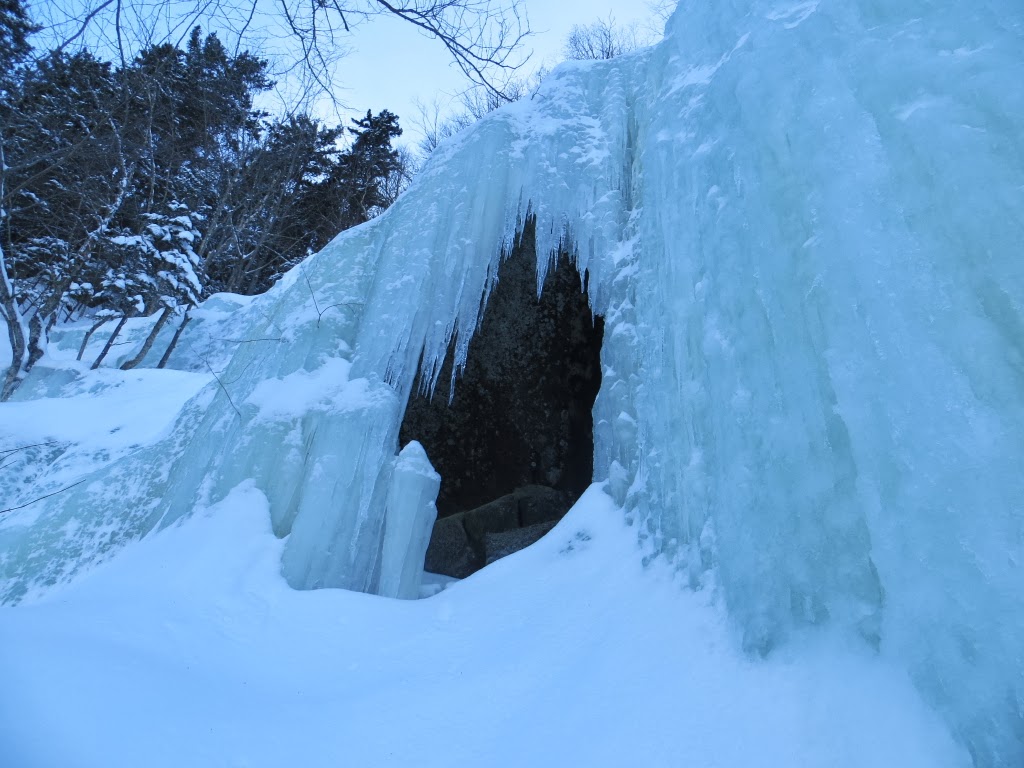 Looking across to the west. 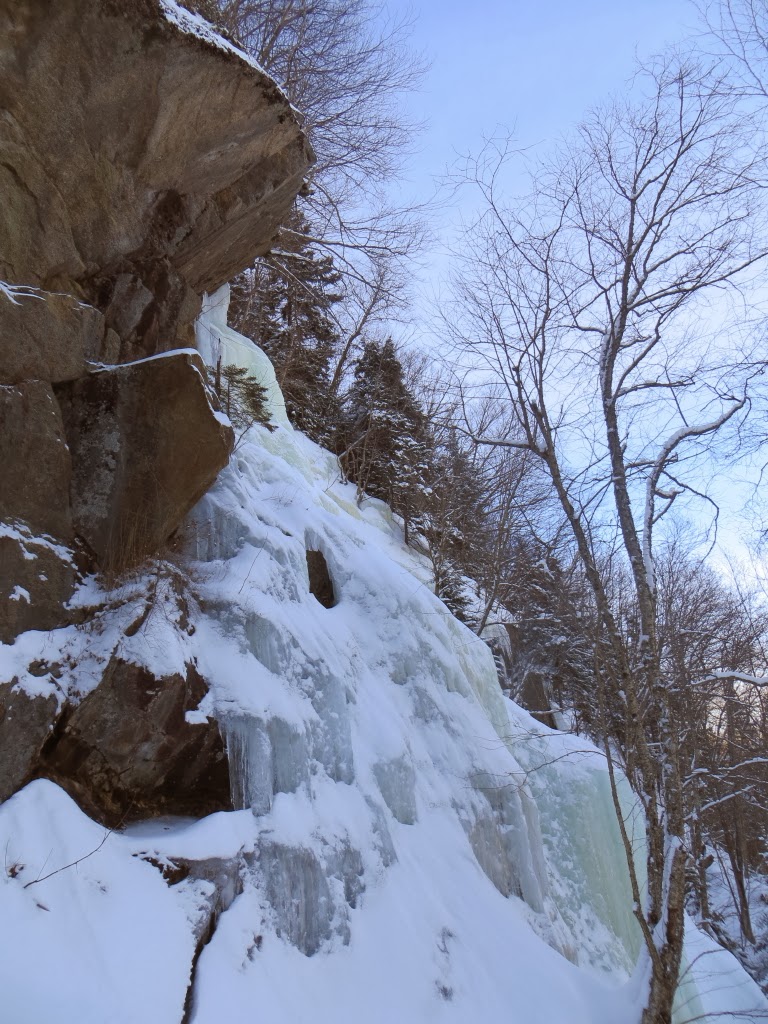 Nice place for a late lunch. 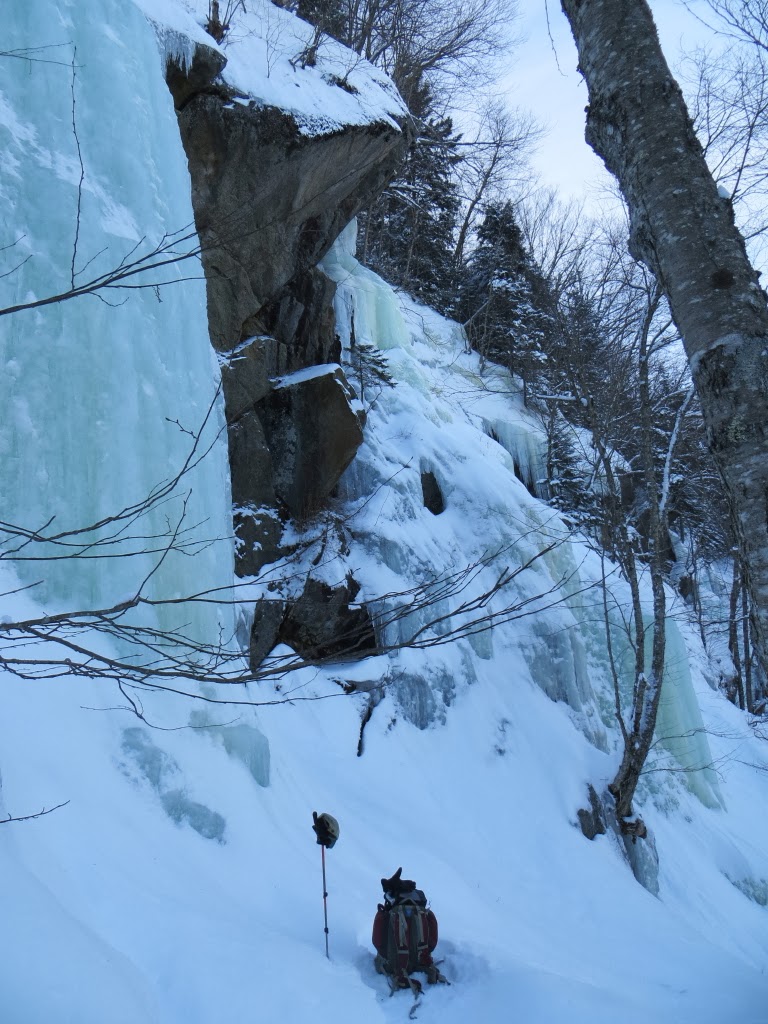 The ice is really in this winter. In An Ice Climber's Guide to Northern New England, by S. Peter Lewis and Rick Wilcox, there are ten named routes up here, including several in an area off to the left (east) known as The Beast, which I didn't get to today. 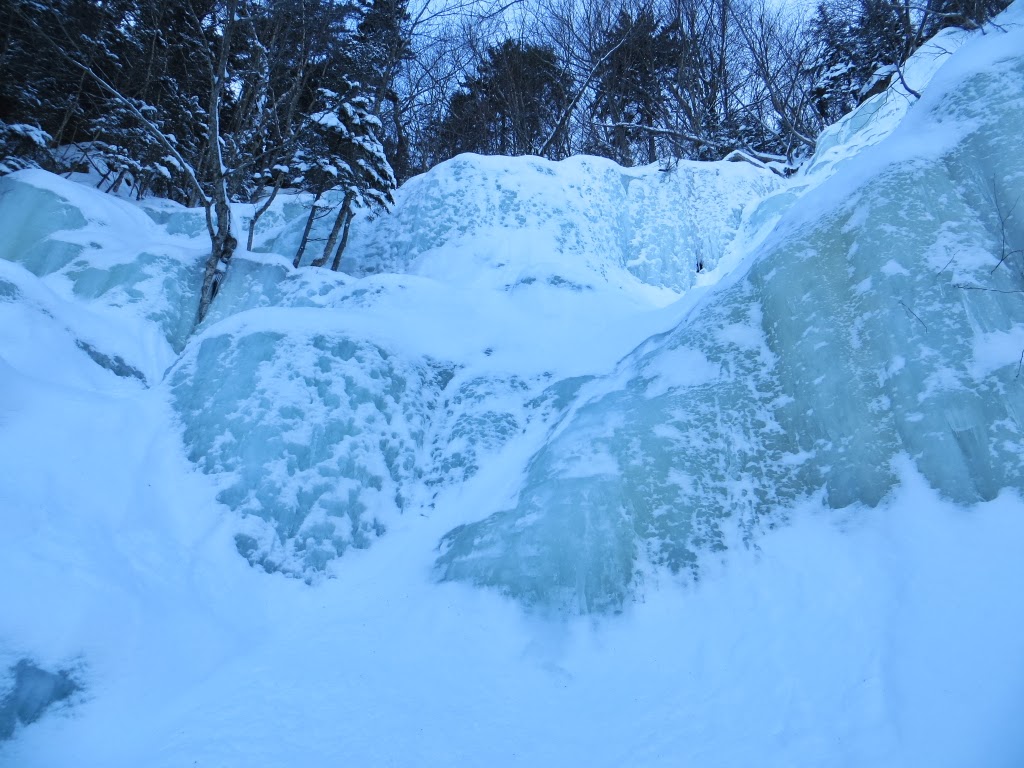 A peek out at the Hancocks. 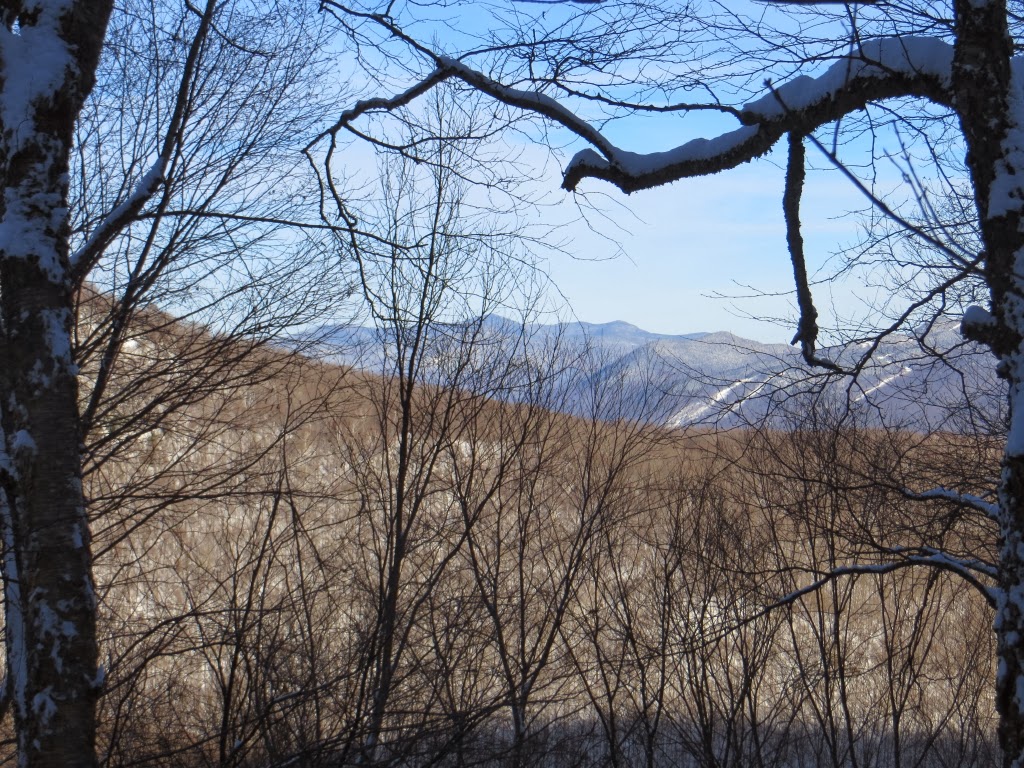 With deep snow covering the lower-angled ice at the bottom, I was able to get close looks at some of the climbs in my snowshoes. 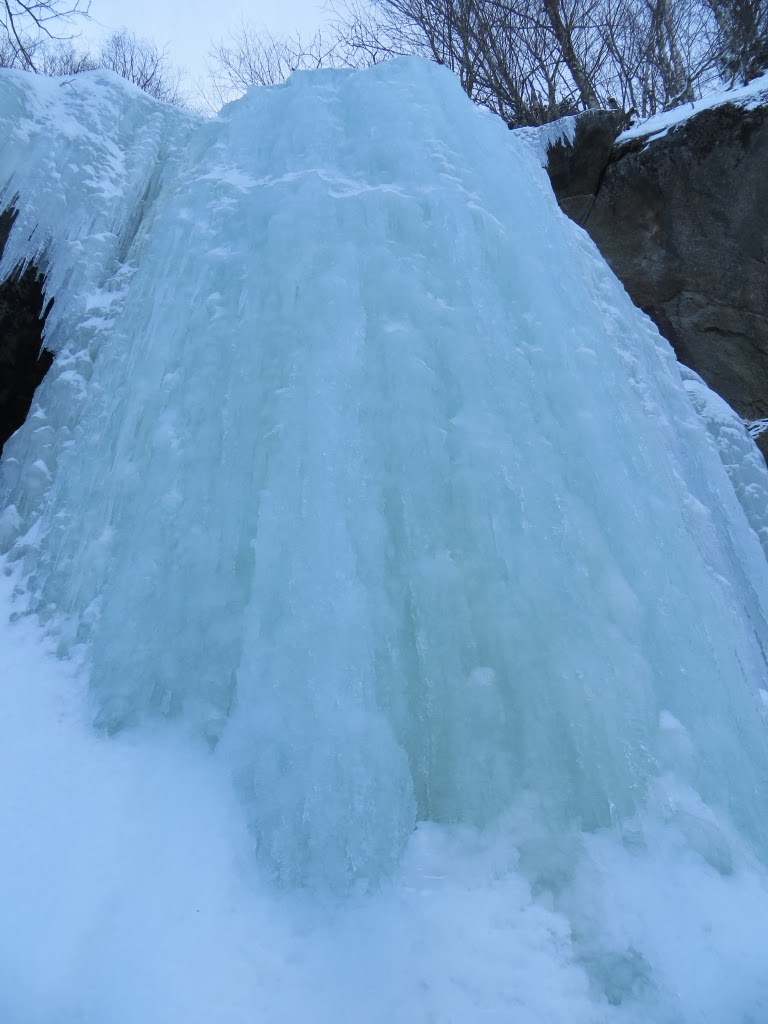 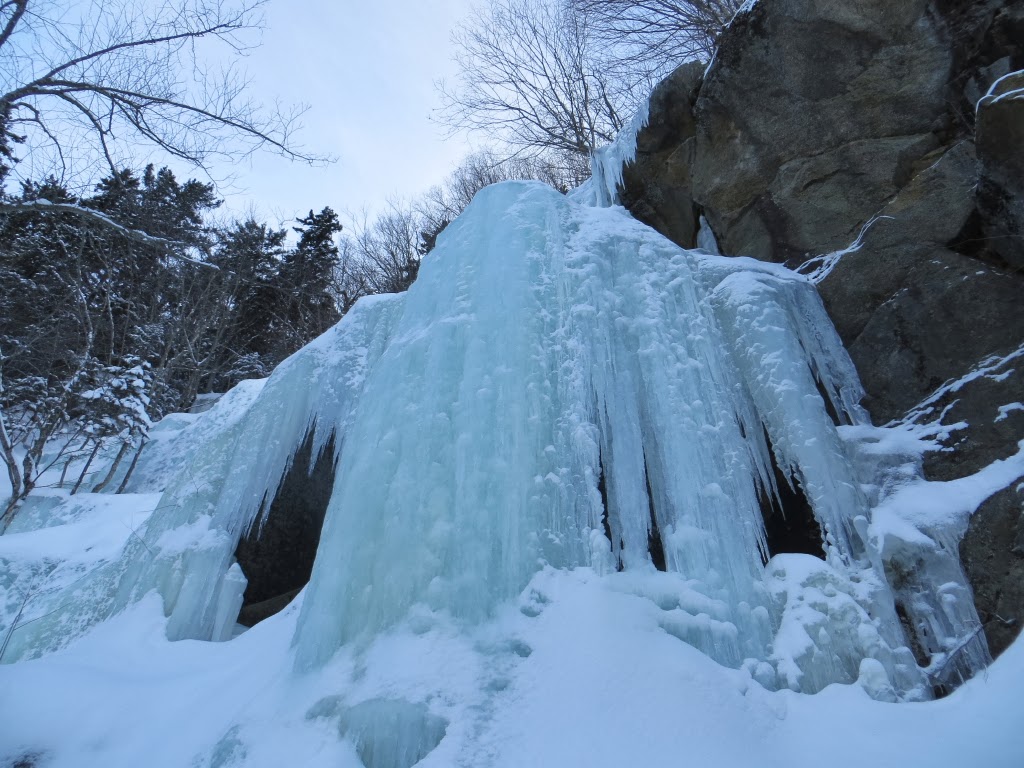 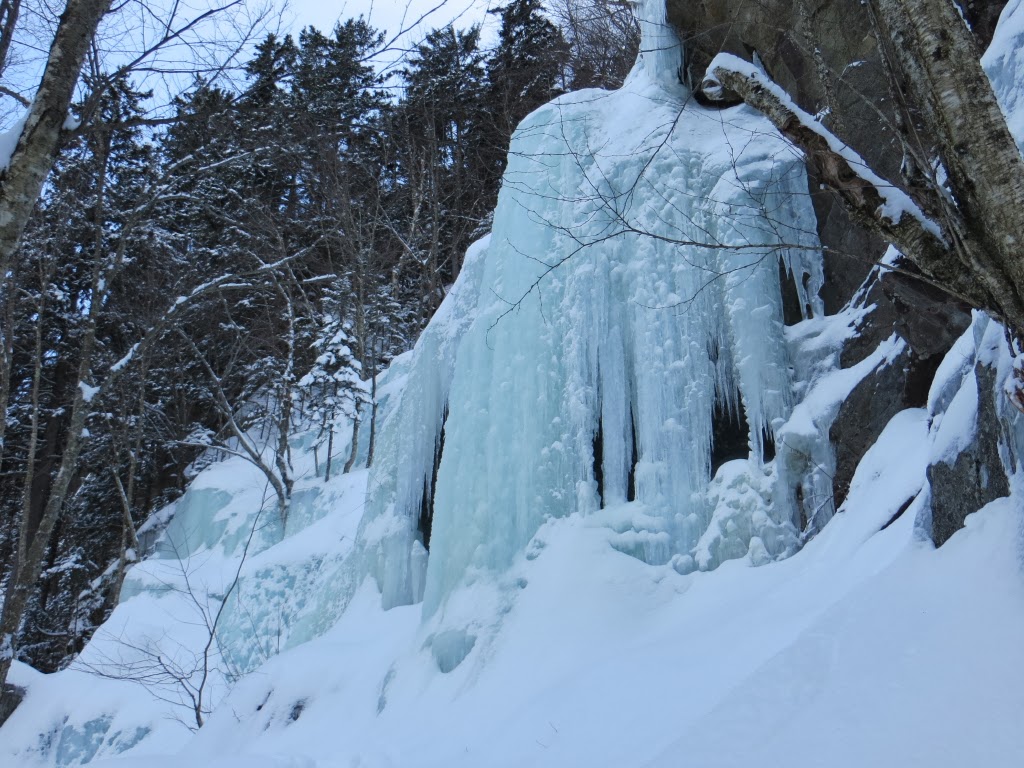 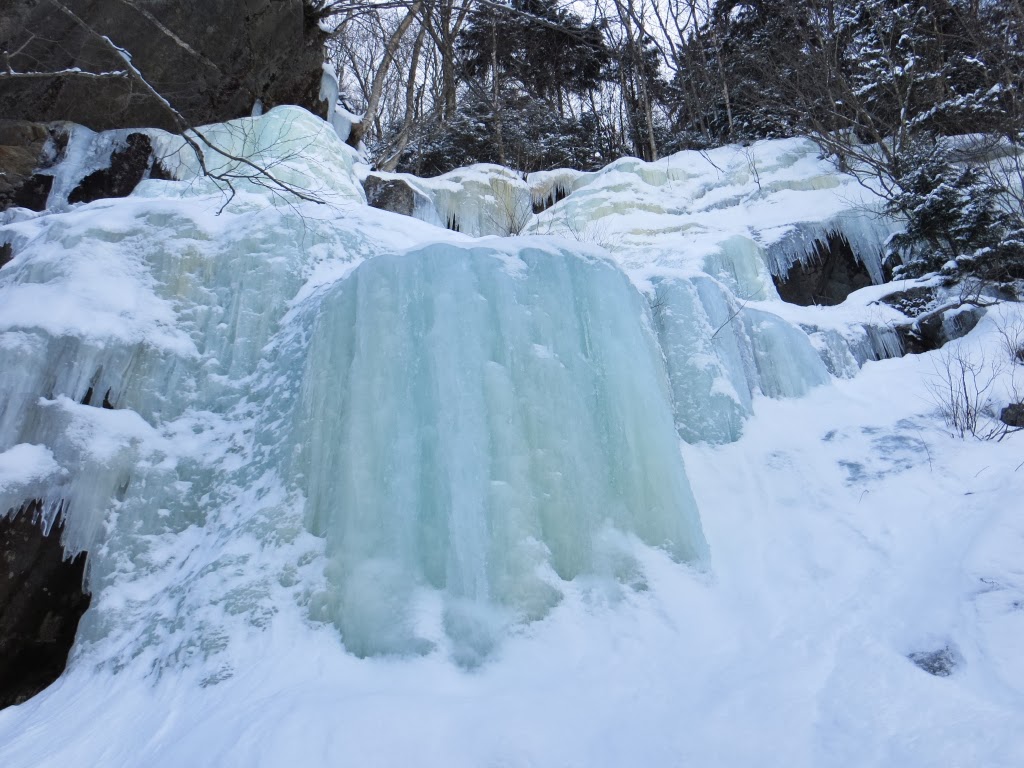 Overview of the area, looking east. A view out to Mt. Osceola. 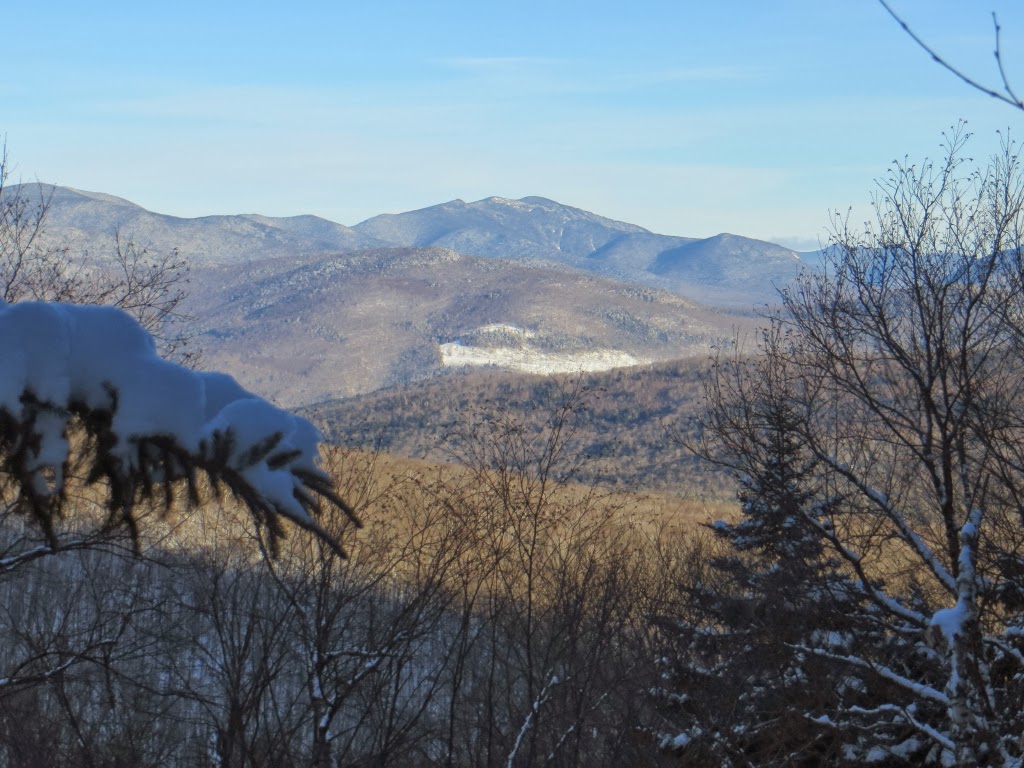 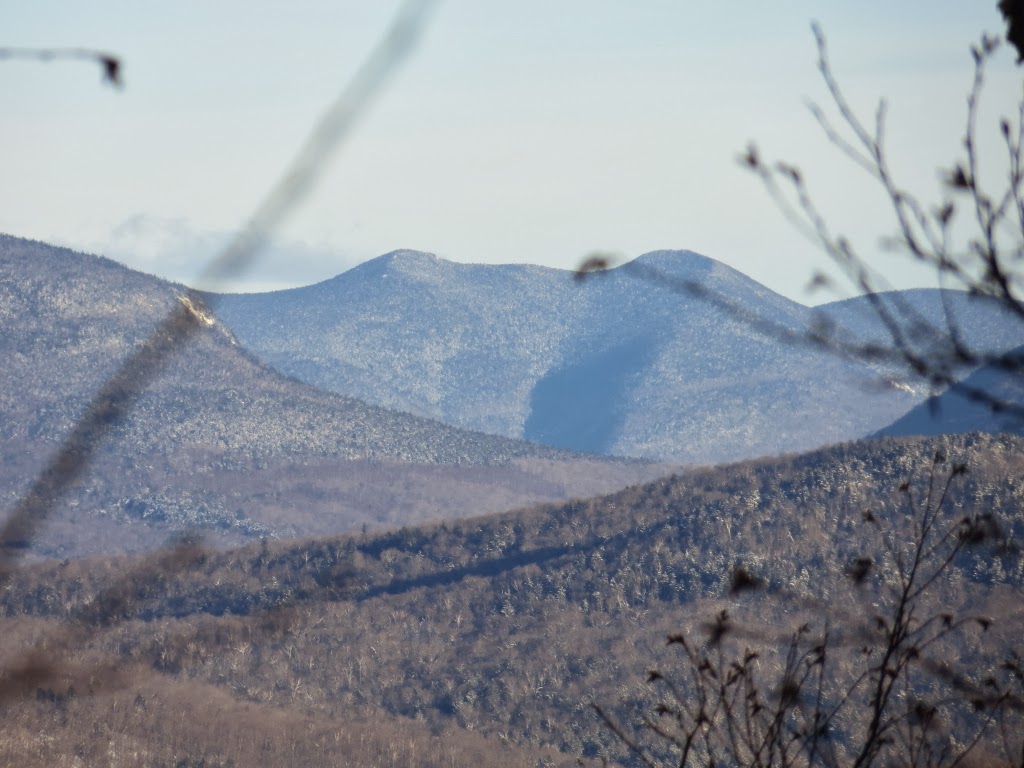 A smaller ice flow on the right (west) end of the crags. 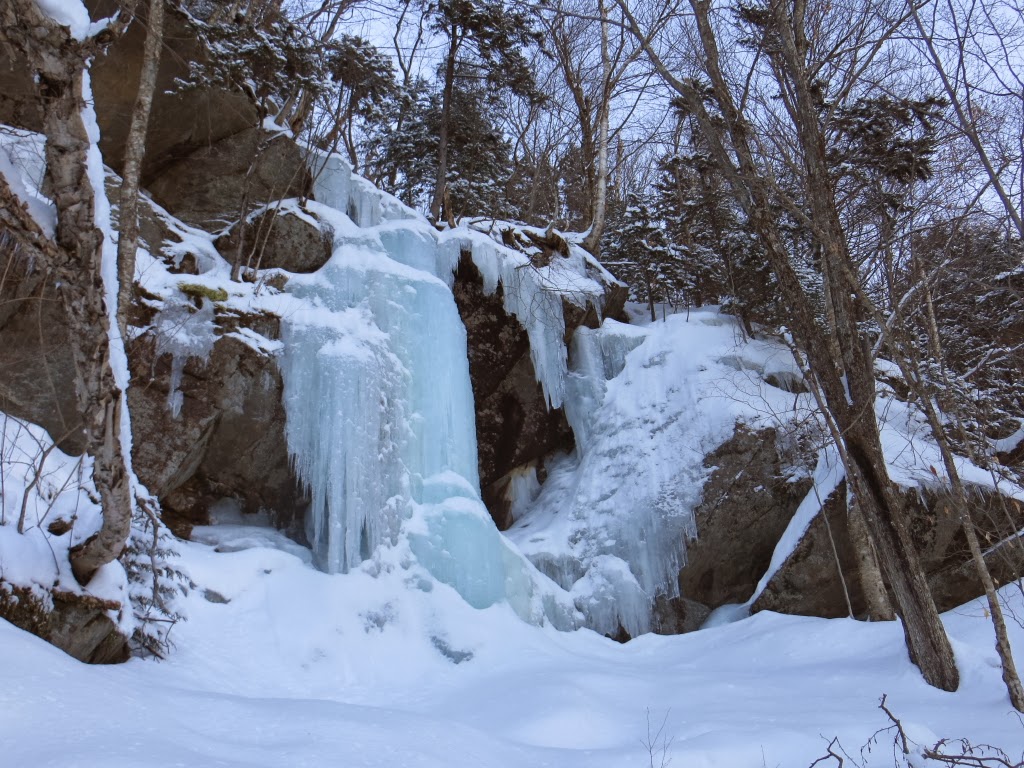 Here I found the steep climber's path, plain as day. 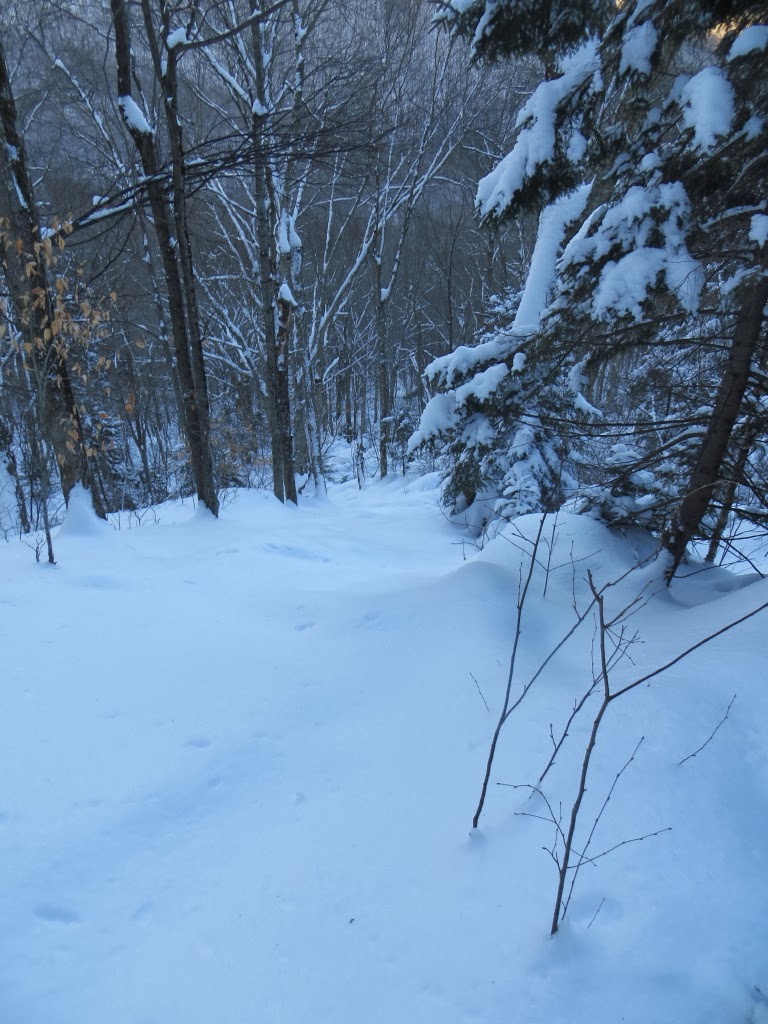 There are some big old yellow birches up here. 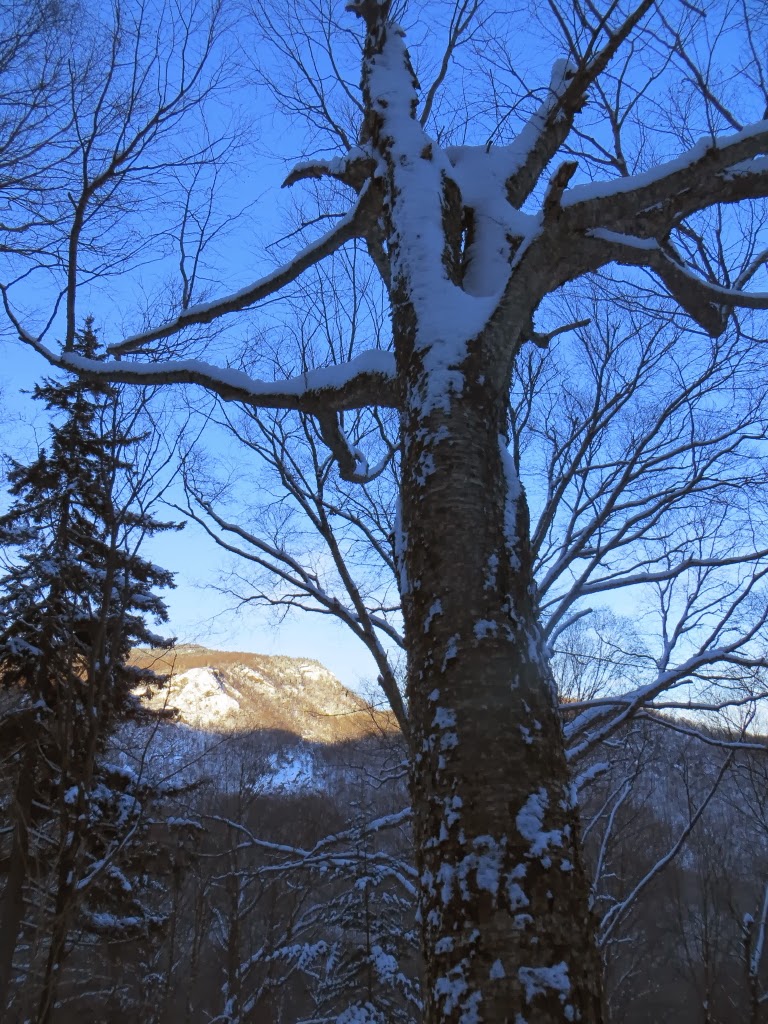 Nice view of the Monkey Cliffs on the way down. 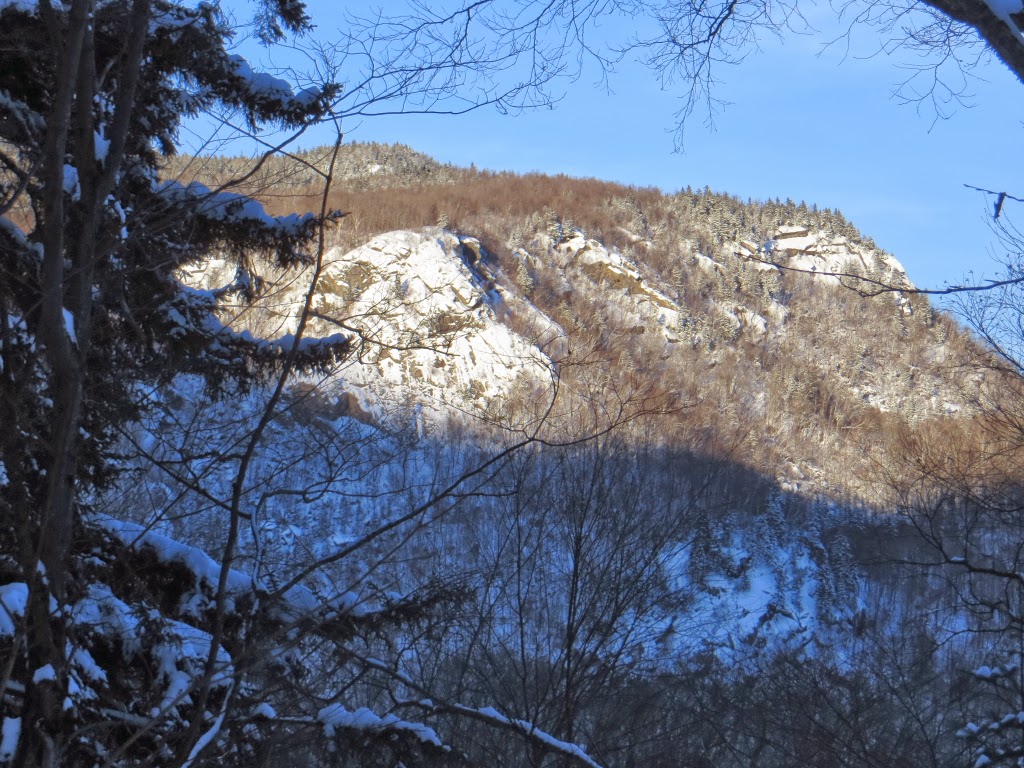