The middle of three short Lakes Region hikes took me up to Eagle Cliff, a fine ledgy viewpoint on the northern end of Red Hill. After a couple of passes I pulled into the roadside shoulder next to the trail sign, on Bean Road between Center Harbor and Center Sandwich. 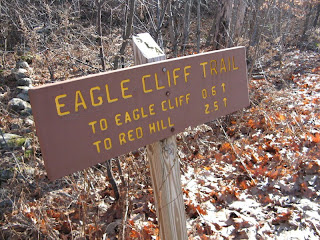 The wind was roaring in the woods - predictions were for 25-35 mph with gusts to 50. It was probably stronger here than many places since it was sweeping straight across the lake from the west. 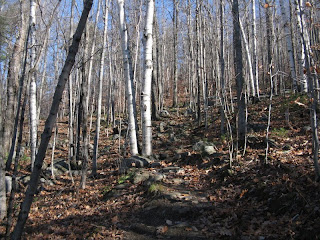 The Eagle Cliff Trail makes a steady climb for a half-mile, then gets very steep with several ledge scrambles. 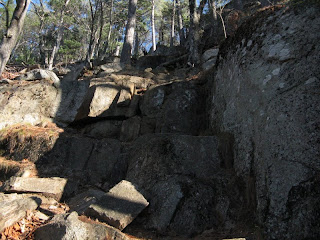 A few years ago the Squam Lakes Association cut a longer, easier bypass out to the R, avoiding the steepest section of the trail. Since there was a good chance there would be ice on the steep ledges, I opted for the bypass. 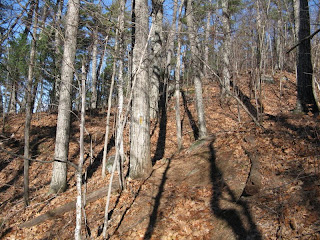 The early afternoon was crystal clear, and the views looking over Squam Lake from the Eagle Cliff ledges were stellar. It was hard to look in this direction with the wind blasting me in the face. This vista looks west to the Rattlesnakes and the south half of the Squam Range. 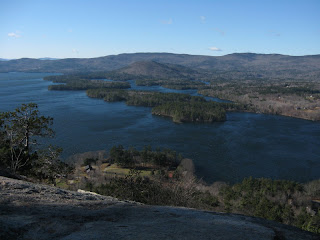 Looking NW at the northern part of the Squam Range. 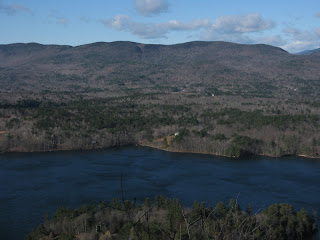 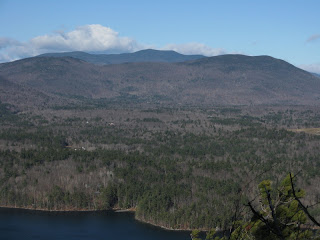 Eagle Cliff offers a fine view NNE to the central peaks of the Sandwich Range. 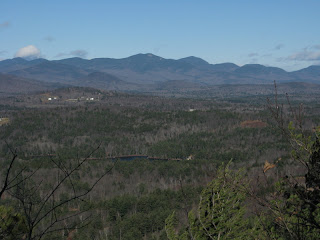 Tripyramid and the Sleepers are seen behind the southern Flat Mountain. The top of Tripyramid's South Slide can be seen, with the cut of Lost Pass below to the L. 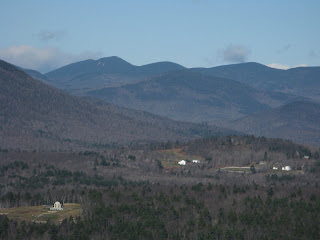 Mt. Whiteface, with its two summits, on the L, and Mt. Passaconaway on the R. 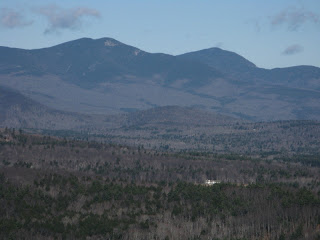 Mt. Paugus, with its distinctive gravel scar, is seen farther to the E. 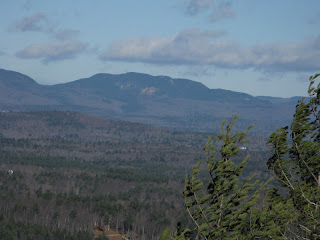 After taking photos, I retreated to a higher ledge, with a little less wind exposure, for lunch. 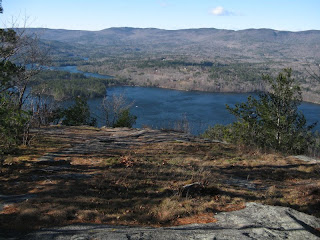 From the uppermost ledge on Eagle Cliff there's an expansive SW view over Squam. 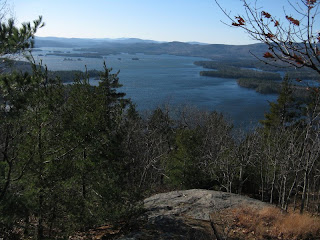 The trail then climbs through oak woods to the wooded 1410-ft. summit of Eagle Cliff. 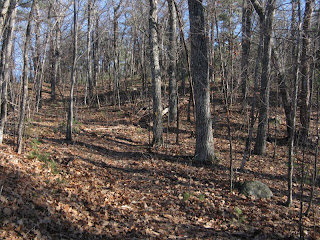 A ledge on a secondary knob opens a close-in view of the main mass of Red Hill. 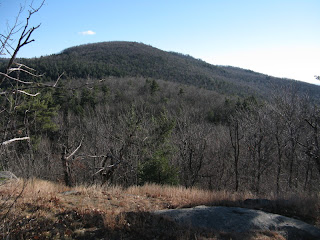 I descended the Teedie Trail as part of a two-mile loop. 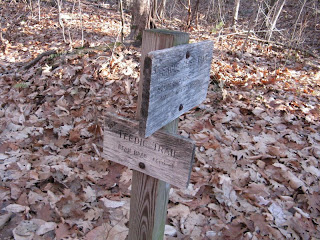 This pleasant path descends by switchbacks through open hardwood forest. 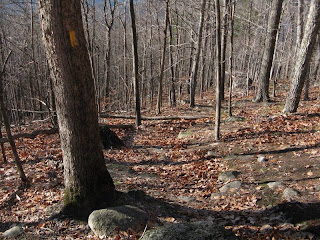 In its lower part the Teedie Trail crosses several stone walls. There are some large old oaks in these woods. 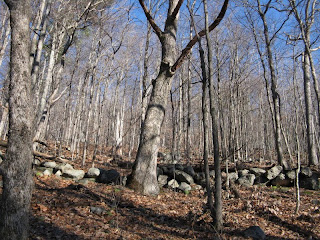 Much of the Eagle Cliff area is private conservation land protected by the Society for the Protection of NH Forests and the Squam Lakes Conservation Society. 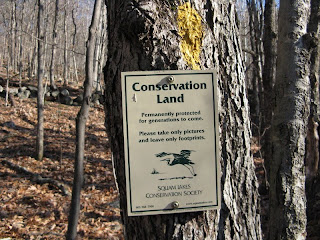 Along the 0.4 mi. road walk between the Teedie Trail and Eagle Cliff Trail, there is a spot with a nice view over the lake, sporting many whitecaps today. 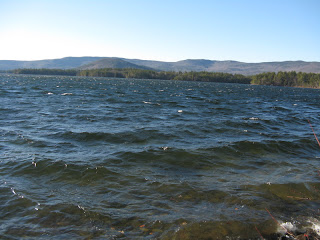 Surf's up on Squam! 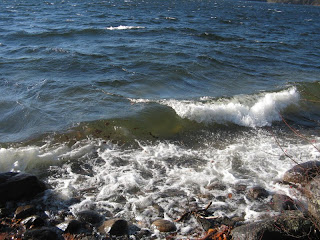