My brother Drew and I found good snowshoeing conditions on the Kettles Path and Irene's Path in Waterville Valley, with some bushwhacking in between.

The giant battered white ash next to the Kettles Path. 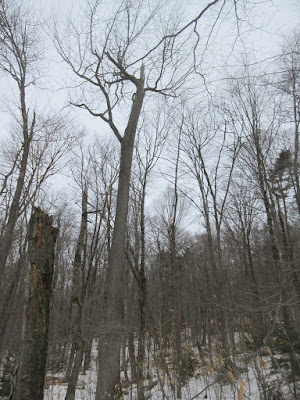 To avoid the steep, icy trail on the back side of The Scaur, we bushwhacked up through open hardwoods around the southeast side. Snow conditions were ideal for whacking - firm with a bit of give. There were many beech nuts scattered on the snow. 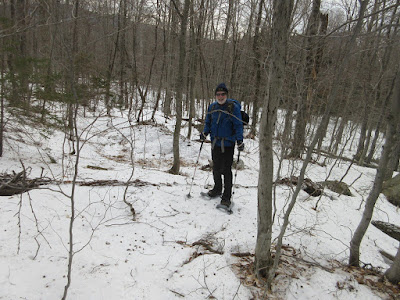 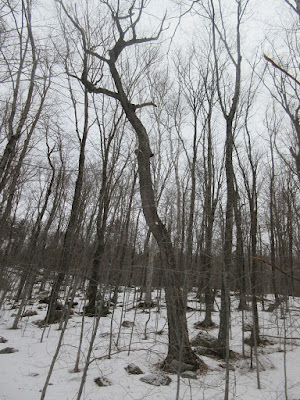 We came up to Irene's Path by the "Rock of Gibraltar." 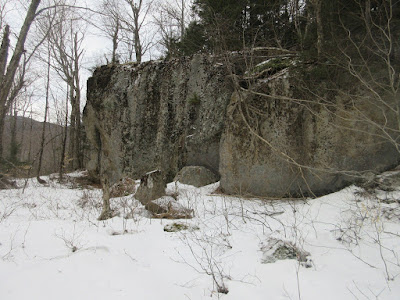 Untracked snow along Irene's Path on the ridgecrest east of The Scaur. 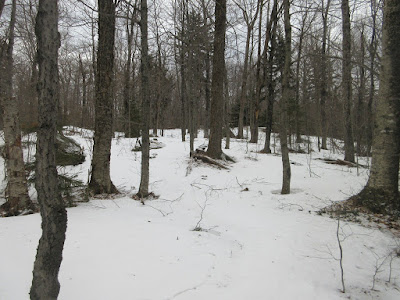 We bushwhacked to a ledge I had spotted from Mt. Tecumseh in December and pinpointed on Google Earth. The only clear view was looking down. 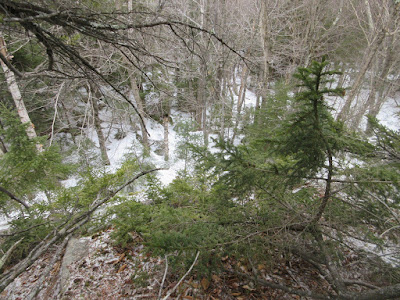 From below, it's an impressive little rock face. 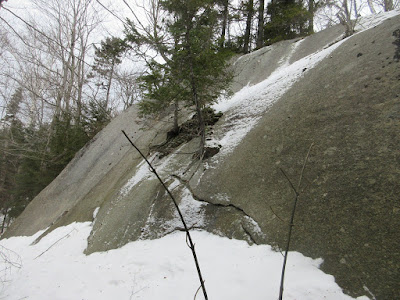 A limited view from another ledge just below. 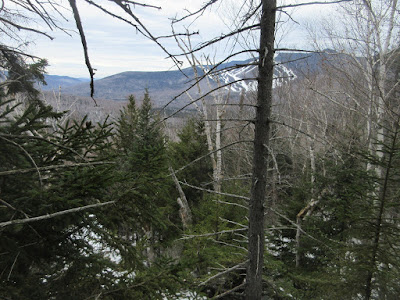 Bushwhacking back to the trail. 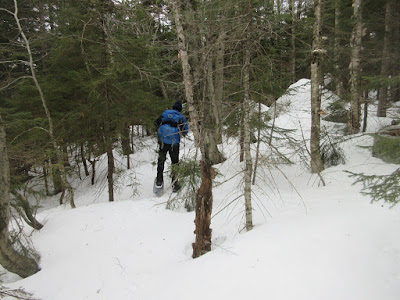 "Nature's Sculpture" along Irene's Path, location of a geocache hide. But don't look for it til spring. 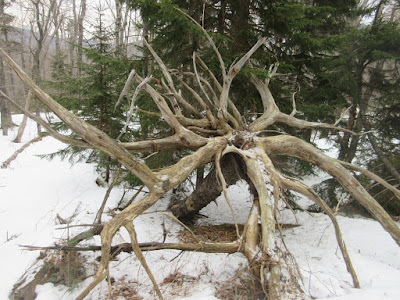 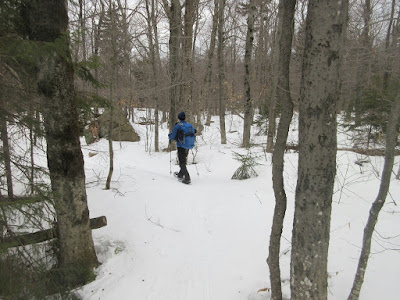 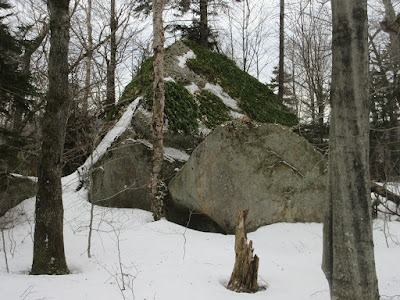 A nice open spot along the trail. 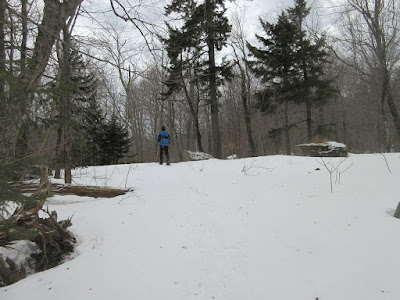 Mt. Tecumseh beyond the cliff face of The Scaur. We checked out the short, steep spur path up to The Scaur, but decided it was too icy to hassle with. 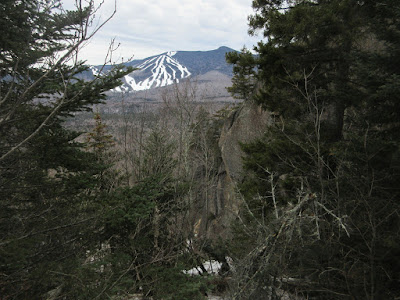 Nice spot for a lunch break before starting the descent. 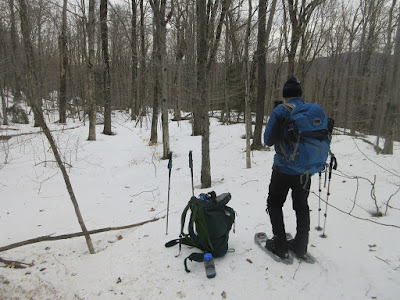 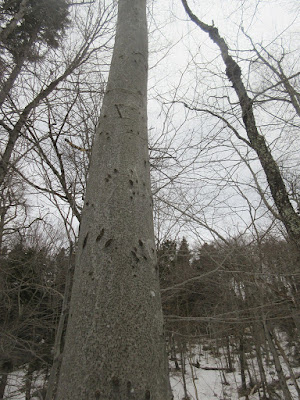 Down through the fine hardwoods. 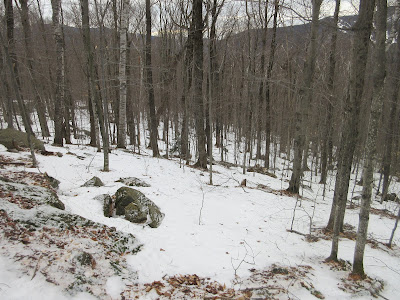 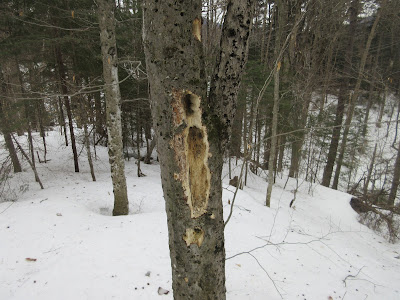 Deteriorating ice bridges on Slide Brook, just above its confluence with the Mad River. 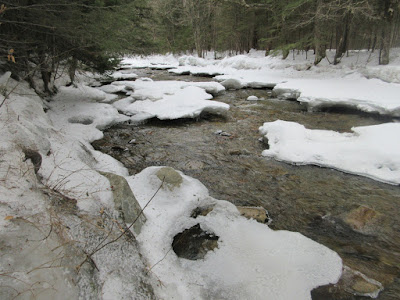