I enjoyed an afternoon snowshoe on one of the best short trails in Waterville Valley, maintained by the WVAIA.

Nice hardwood forest on the floor of the Mad River valley. 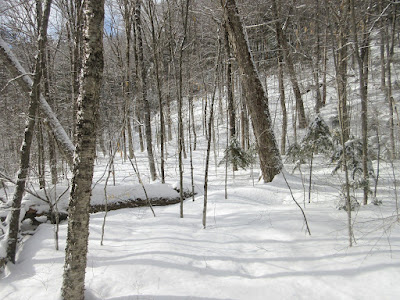 The Mad River, which rarely freezes all the way across. 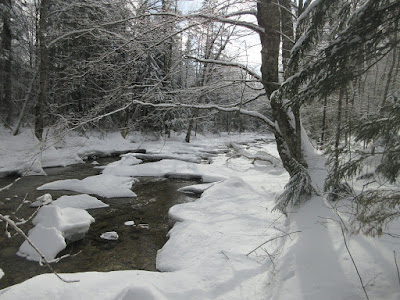 A favorite spot where the Goodrich Rock Trail goes through a split boulder complex. 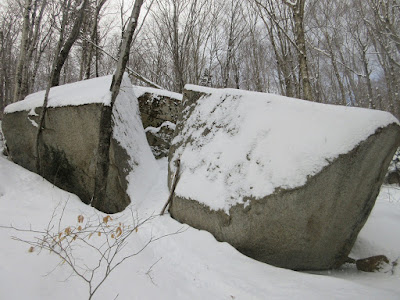 Looking out the exit. 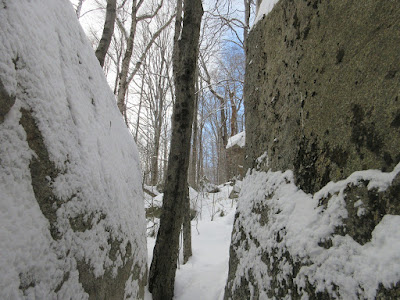 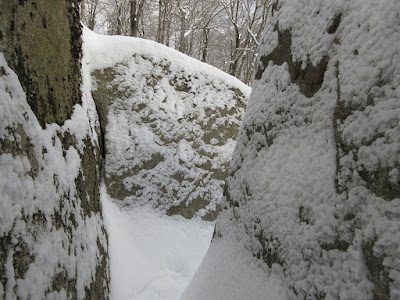 Another of what are known as the Davis Boulders, named after J.W. Davis, a summer resident of Waterville Valley who discovered these big rocks on the lower slope of East Osceola and cleared the first trail to them in the 1890s. 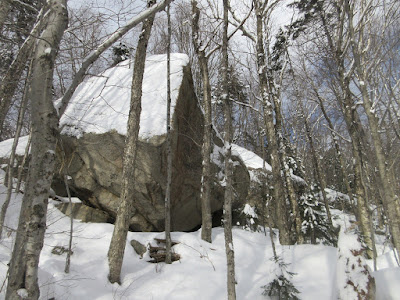 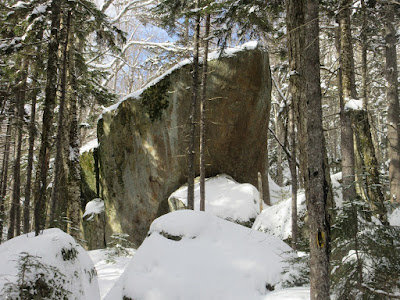 A wintry scene along the upper part of the Goodrich Rock Trail. 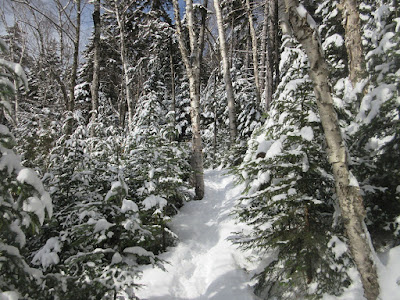 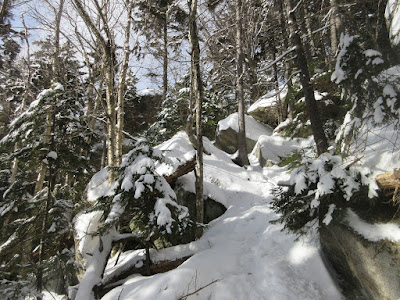 The trail wraps around the base of Goodrich Rock, one of the largest glacial erratics in New Hampshire. It was discovered in the 1890s by Watervilleans Arthur L. and Charles L. Goodrich. 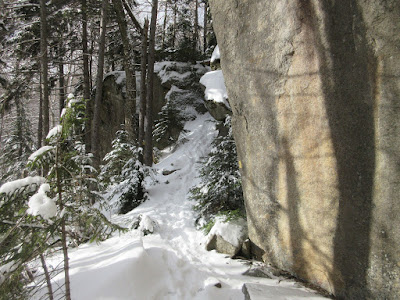 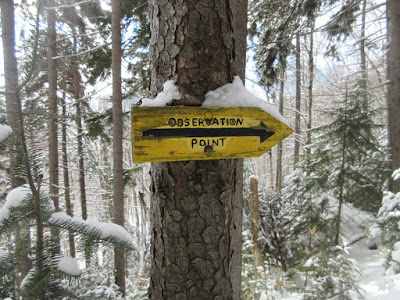 After getting a "first to find" on a geocache placed here in December by "barefoot gal," I reached the upper back side of Goodrich Rock. The top is accessed by a 20-foot ladder. 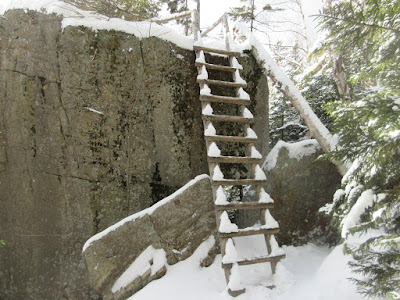 I took my snowshoes off and climbed to the top of the ladder, but I always chicken out in winter due to ice-under-snow on the sloping slab at the entrance, and more importantly, exit point for the top of the rock. A bolder hiker who I had passed on the way up did go up on top for a fogged-in view of Sandwich Dome. 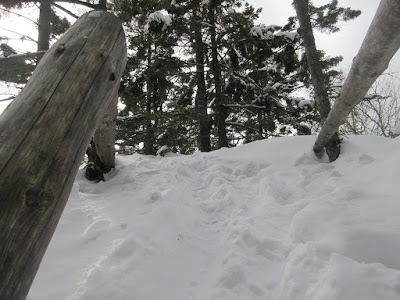 Side view of the ladder. 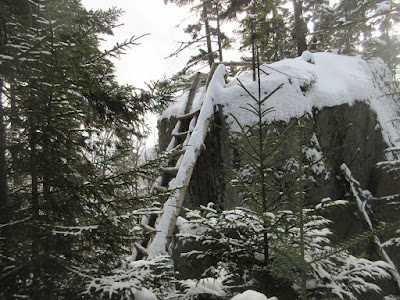 On the return trip I bushwhacked down to some nice hardwood forest below Goodrich Rock. 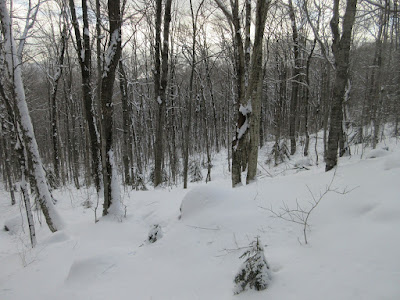 I went over to check out a minor tributary of Osceola Brook, with a large tree growing in the streambed. 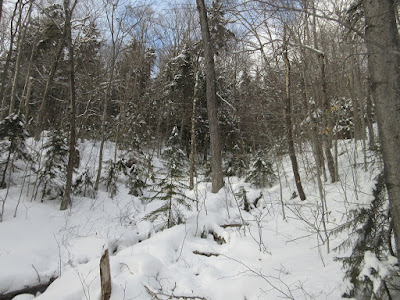 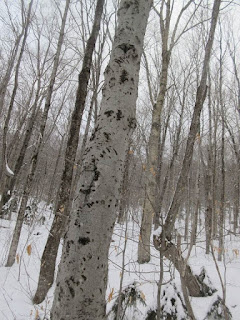 Back on the trail, I took a sit-down break under a cool rock overhang at one of the Davis Boulders. 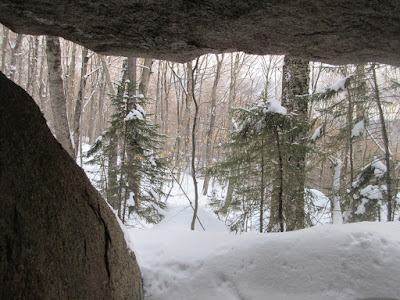 From the Depot Camp clearing, brooding skies over Mt. Osceola. 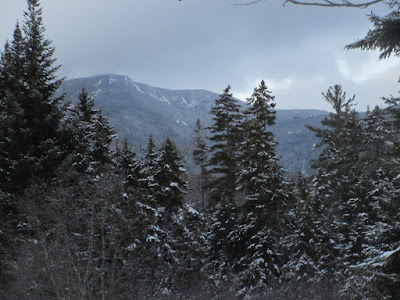