The short, moderately strenuous and very rewarding hike to these two rocky little peaks near Twin Mountain was a trip up memory lane for me. From 1986-2005, my friend Bill Vecchio and I were the adopters of the Sugarloaf Trail, and we climbed the Sugarloaves dozens of times. This was my first trip back since 2005, and it was neat to see the trail with fresh and carefree eyes. 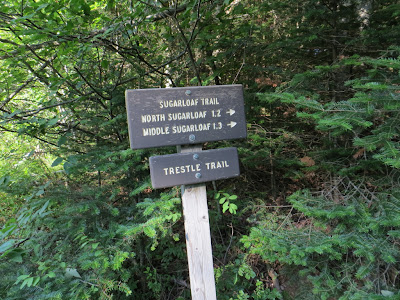 The Sugarloaf Trail starts with a scenic 0.2 mi. section along the Zealand River. 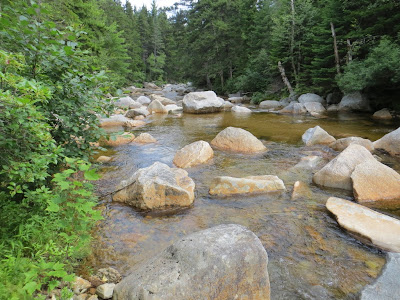 The Forest Service crew recently did some nice turnpiking along a swampy section. 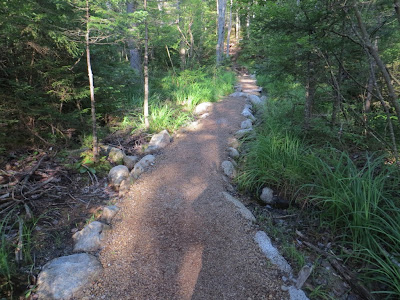 A cool split boulder near the start of the climb. 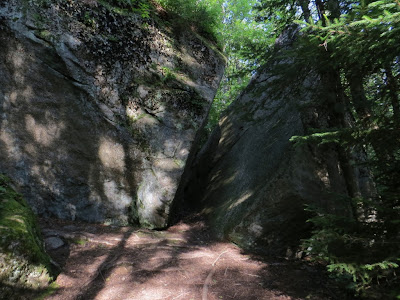 The trail climbs fairly steeply to the col between Middle Sugarloaf and North Sugarloaf. 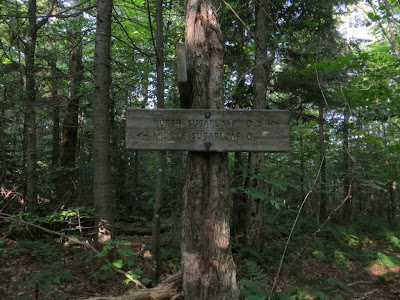 A neat section heading across the saddle towards Middle 'loaf. 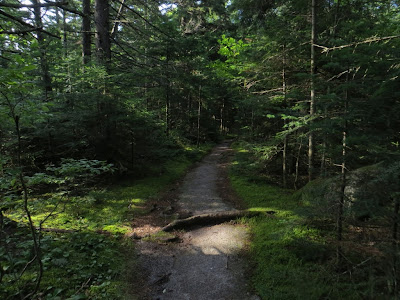 At the top of the last short but steep climb to Middle, a ladder helps up a steep ledge. 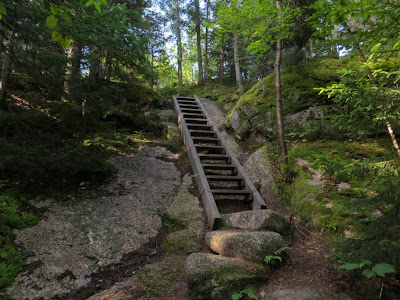 The top of Middle Sugarloaf is a huge expanse of granite, exposed by a 1903 forest fire. Mt. Hale is close by to the south, though the true summit can't be seen, over the northeast peaks. The East Peak of Hale juts out on the left. 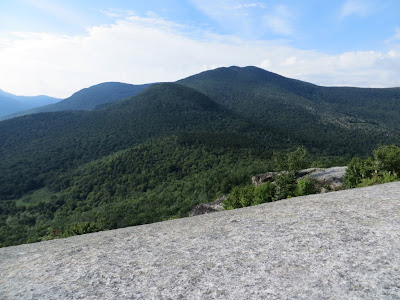 Looking up the Zealand Valley to the Rosebrook Range and Mts. Tom & Field. 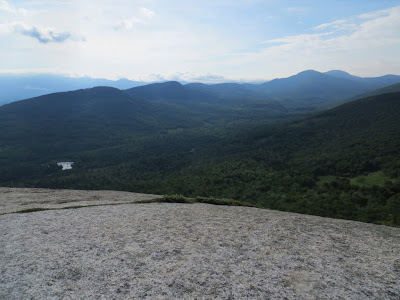 North Twin rises massively to the SW, with the top of its 1995 northern slide visible. Peak Above the Nubble is on the R. 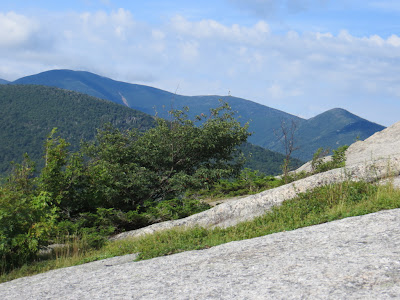 Lots of ledge to wander on here! This is a perch on the western side. 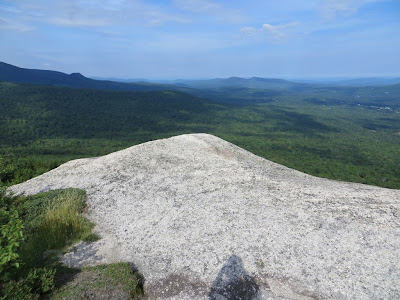 Looking towards North Sugarloaf with Cherry Mountain beyond. 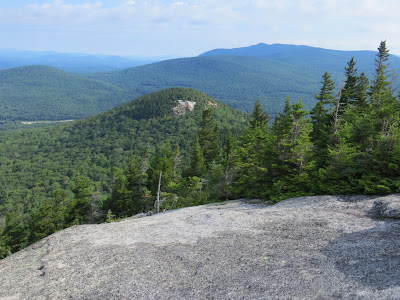 The south cliffs of Middle 'loaf are impressive and are well-known to rock climbers. 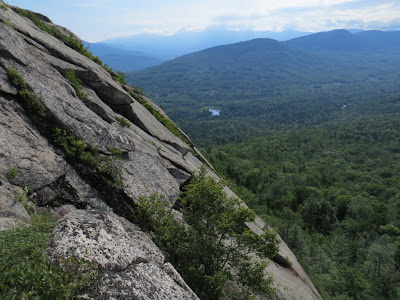 A good dropoff here! And blueberries, too! 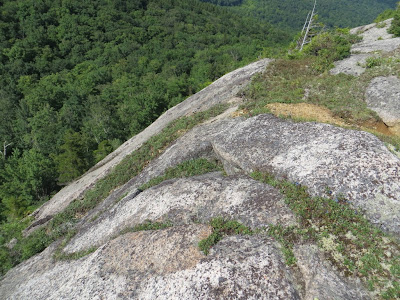 Looking up the ridge to South Sugarloaf and the spurs of Hale. I spent an hour on Middle 'loaf and had it to myself thanks to an early start. 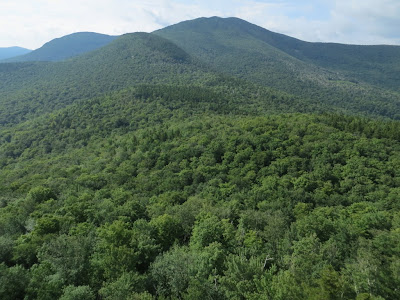 Before heading down, I made the trip across to North Sugarloaf. The trail wraps around the west side of the peak before climbing to the top. 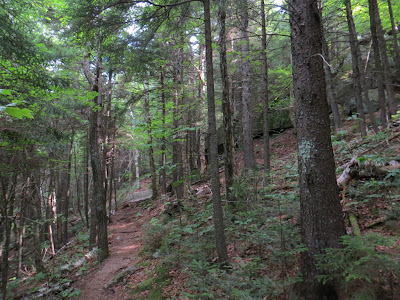 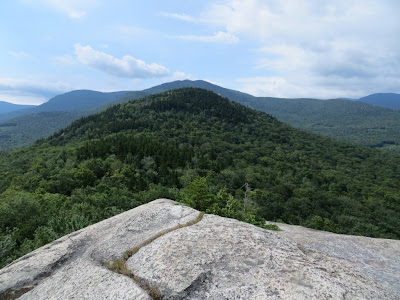 Vista of the partly socked-in Presidentials beyond Route 302 and Mt. Deception. 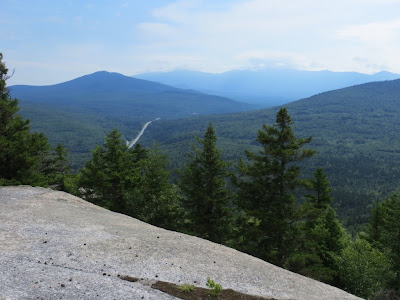 On the way down, I ran into old friend John Dickerman, manager of Crawford Notch State Park and brother of Mike D. Before heading home and to work, I followed the flat 0.25 mi. trail to Wildlife Pond, which starts across Zealand Road just north of the Sugarloaf parking area. This is a real pretty spot, with a broad view of Mt. Hale. 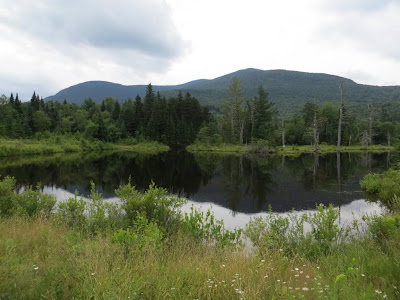 Middle Sugarloaf can be seen to the west, with its cliffs well-displayed. 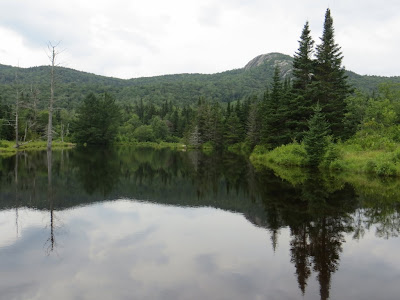 A closer look at the cliffs. 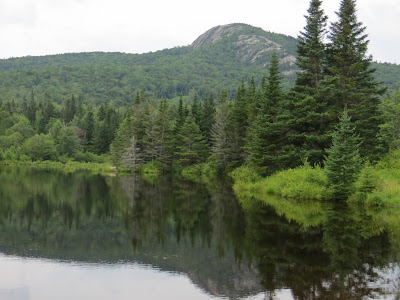 There was a bruin calling card right on the trail. Berry season is in! The Sugarloaves and Wildlife Pond make a great combination for a half-day hike of about 4 miles with 1100 feet of elevation gain. Click here for more on Middle and North Sugarloaf. 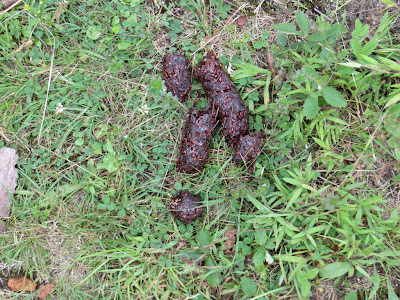