On the Flank of South Tripyramid

Took the long walk out to the lower slopes of South Tripyramid, where I found a hidden cliff and climbed partway up the South Slide for sun, views and a snooze.

A buried bedframe at the site of the Swazeytown logging camp, near the Livermore Trail. 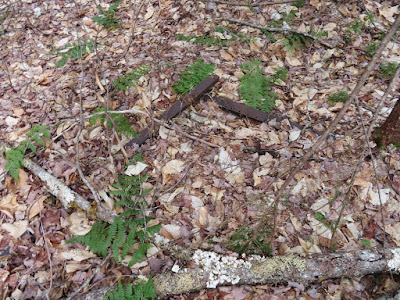 White Cascade slips into its pool on Slide Brook. 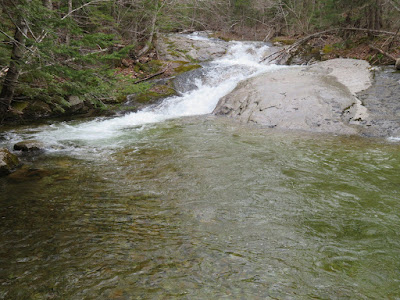 At the top of White Cascade, named for its light-colored ledges. 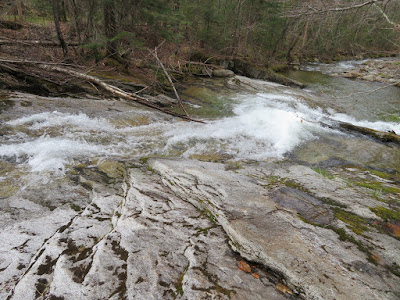 Waterville hiker Dan Newton, President of the WVAIA, recently found this old USFS metal sign beside Livermore Trail, nearly swallowed by a tree. May date back to the 1930s or 1940s. 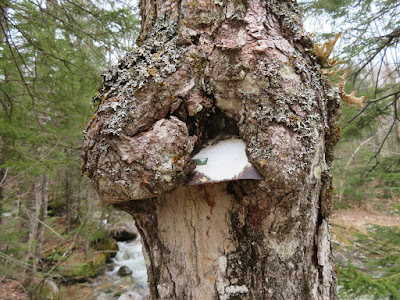 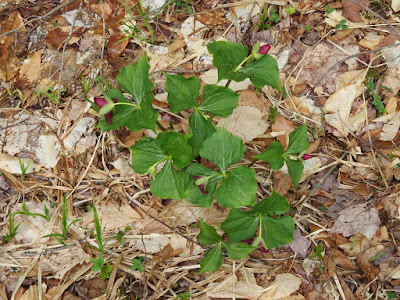 This piping may have served the original Avalanche Camp from the early 1900s, a half-mile below the large clearing that marks the location of the second Avalanche Camp, which was operated by Parker-Young Co. in the 1930s. 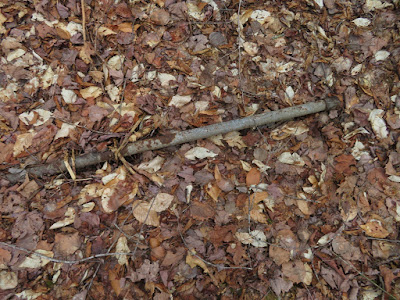 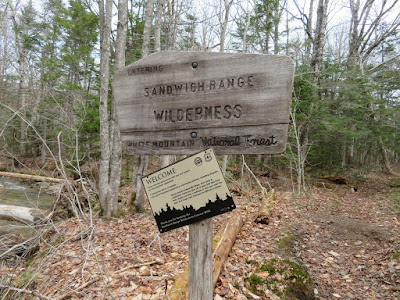 Tripyramid in the distance. 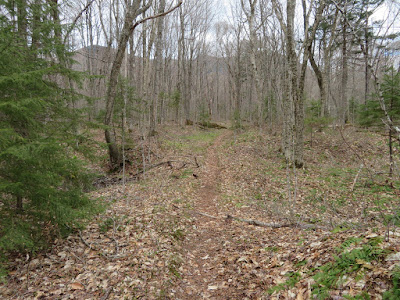 Cold Brook tumbles down across the Mount Tripyramid Trail from a basin enclosed by the Tripyramid peaks. 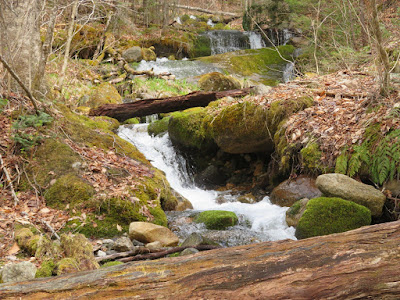 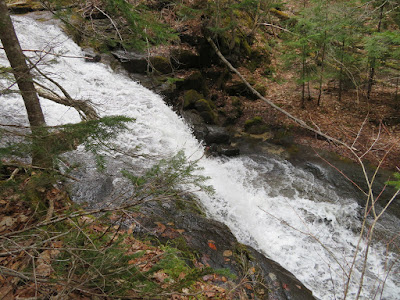 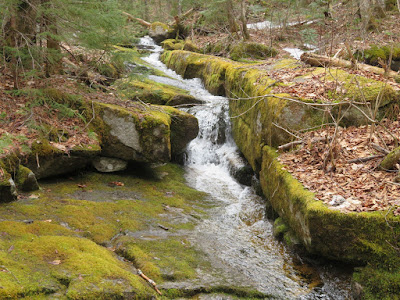 Trout lily flourishing in the sun. 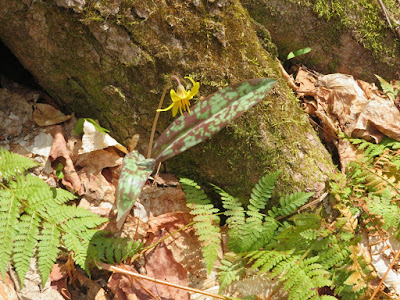 Hardwood whacking on the west slope of South Tripyramid. 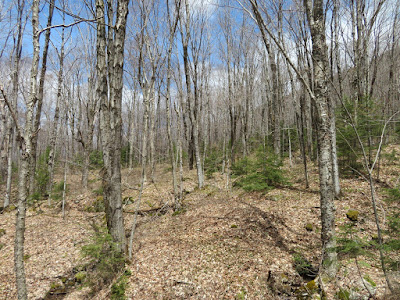 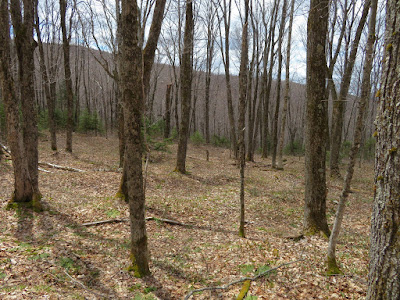 Snow and ice lingering in the spruces. 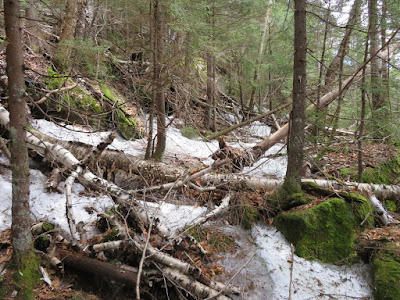 The "Tripyramid Wall," about 50 feet high, is hidden in the forest. 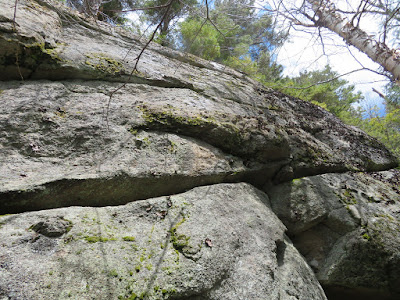 Traversing along the base of the wall. 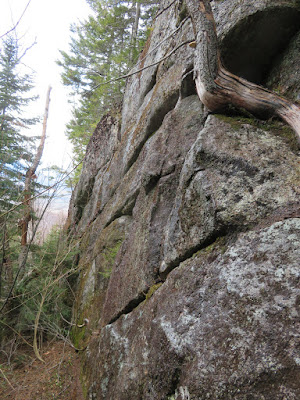 From the wall I bushwhacked back across to the trail, which was 95% snow-free due to its southern exposure. But at a flat spot at 3000 ft., just below the slide, the spring snow was deep. 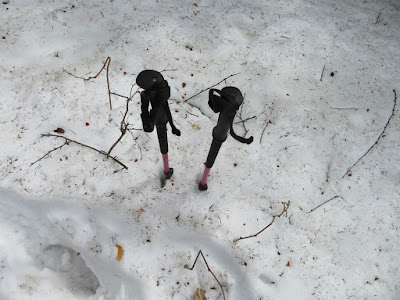 Spikes were needed to get up to the bare gravelly slide. 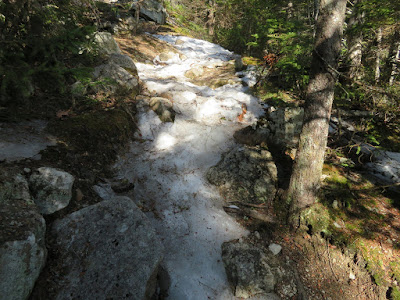 This has been a late spring for snowmelt, and the kind of travel pictured here can be expected at higher elevations for the next couple of weeks if not longer. Traction is mandatory, and snowshoes may be needed in places. 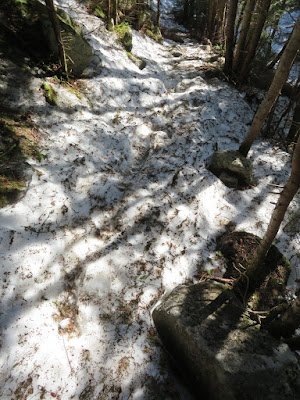 The lower part of the (first) South Slide, which fell in 1869 and became a huge attraction for hikers and geologists. 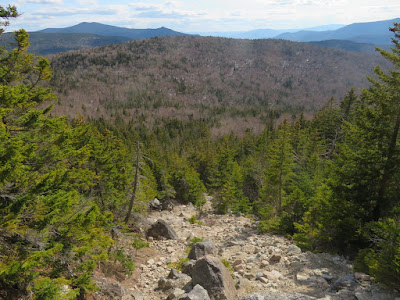 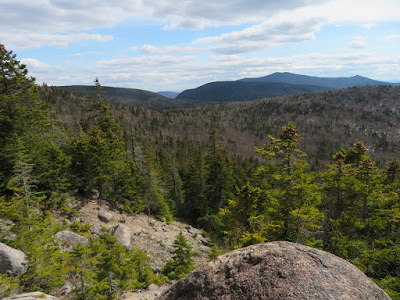 Lost Pass, one of the wild corners of the Sandwich Range. 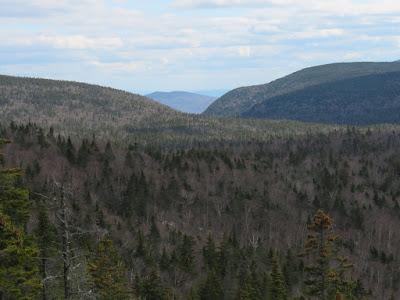 Spring perfection. No bugs yet up here! 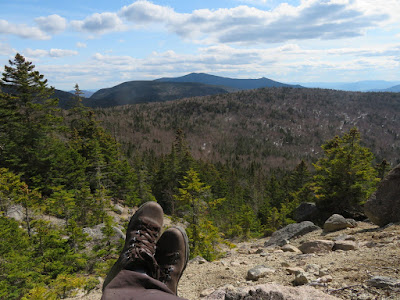 Late afternoon in the hardwoods, which extend to the unusually high elevation of 2900+ ft. on the slopes of Tripyramid. 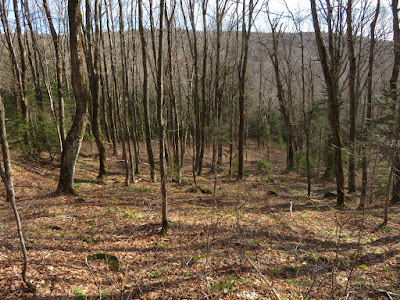 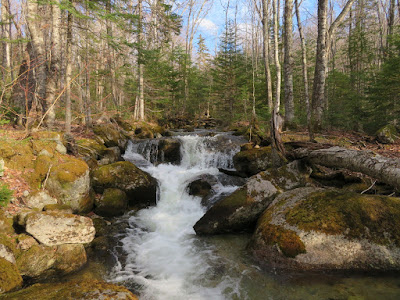