Carol and I stayed local and stayed low for a snowshoe wander to an old logging camp site with special meaning for us.

Most of our trek was on Waterville Valley X-C ski trails, starting on Tripoli Road and continuing on Bob's Lookout, which loops through the appropriately-named Osceola Vista Campground. 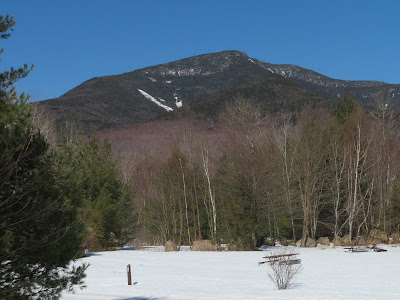 The North Slide of Tripyramid seen from the campground. 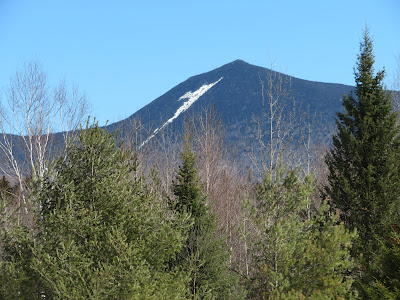 A beautiful day in the Waterville woods. We saw a few passing skiers along the way. Folks were both friendly and respectful of distance. 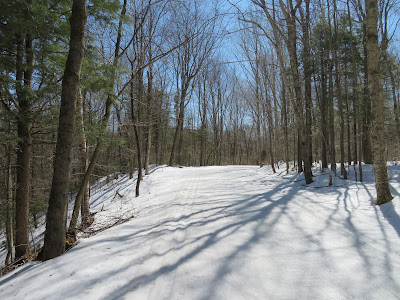 Our bushwhack to the Osceola Camp site was on mostly firm snow through open hardwoods. 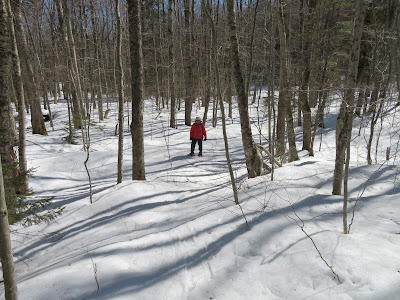 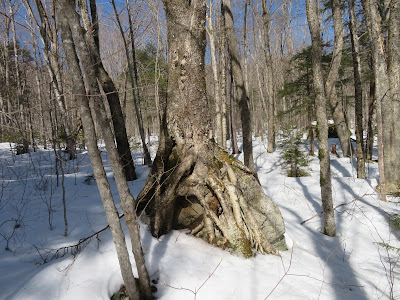 This camp was used during the 1940s by crews of the Parker-Young Co. and Maraclus Manufacturing Co. 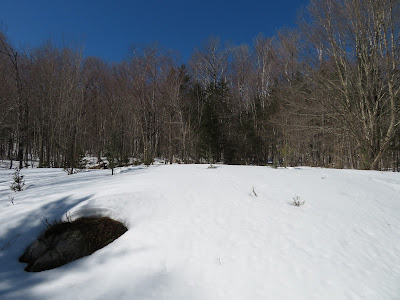 A photo of Osceola Camp in the 1940s, which appeared in an issue of the Pycolog, the Parker-Young Company's monthly publication. 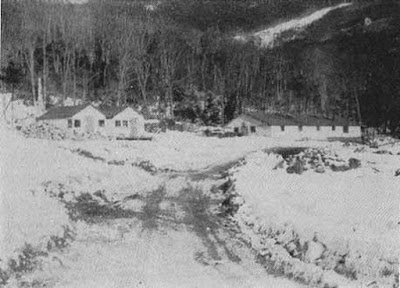 We found a few artifacts around the site. 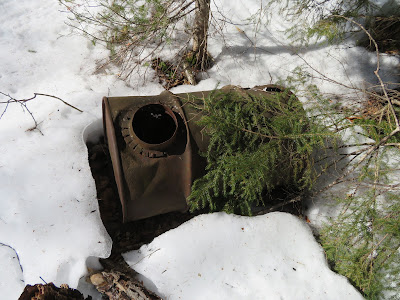 Looking across the camp clearing. The camp was noted for its tame raccoon population, as noted in a 1948 issue of the Marcalog, the publication of Marcalus Manufacturing Co.: "The coons at Osceola Camp, as in previous years, provide entertainment for the woodsmen. As many as 30 sometimes show up at the cook room 'asking' for handouts." 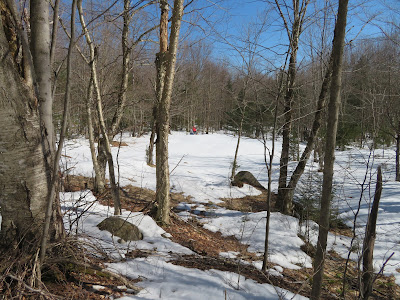 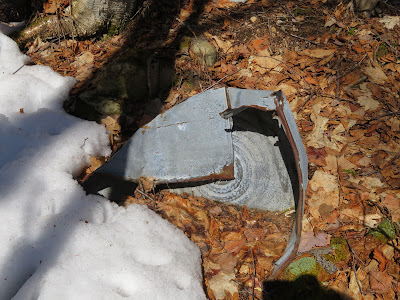 Blade from a small saw. 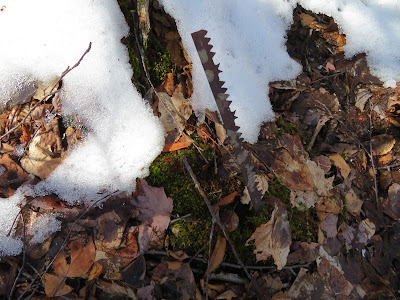 More buckets. These are protected historic artifacts that should be left as they are found. 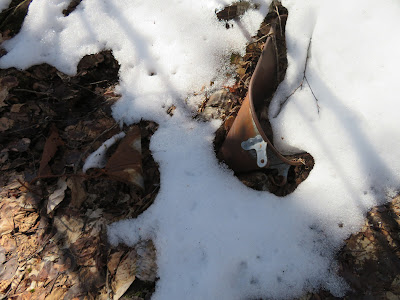 Our connection to this camp comes from a quote in the January 1948 issue of the Marcalog: "The Osceola Camp has been called upon to supply special length logs for timbers for the new houses that are being built at Lincoln." One of those houses we have lived in since 2005. A picture of it appeared in the next issue of the Marcalog. The wood for our house came from somewhere up the slope beyond this picture. 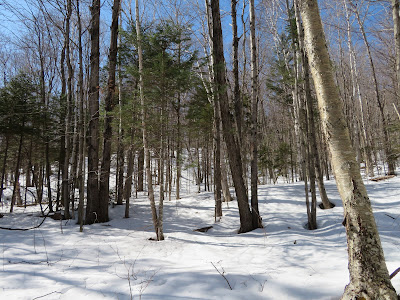 We were captivated by this yellow birch spreading wide at the edge of the camp clearing. 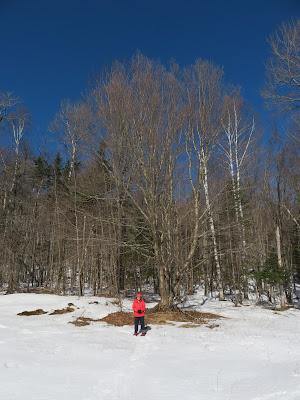 All three Tripyramids seen from the campground on the way back. 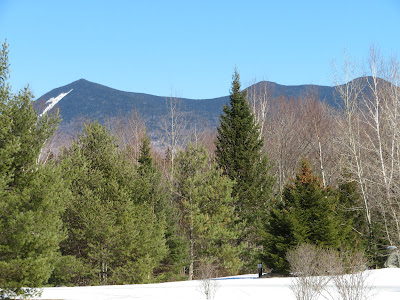 Mt. Osceola and East Osceola. Be safe and stay well! 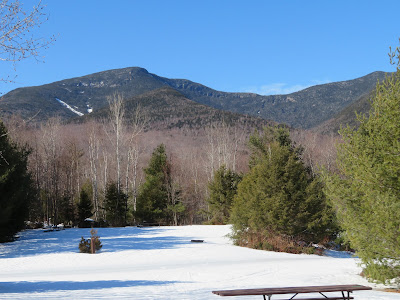