A morning snowshoe bushwhack to an obscure ledge on a shoulder of Mt. Hitchcock's West Peak. Restricted but interesting views of the Osceolas and Scar Ridge.

From the Discovery Trail off the Kanc Highway, I bushwhacked up the slope to an old USFS logging road, which was wide open at first... 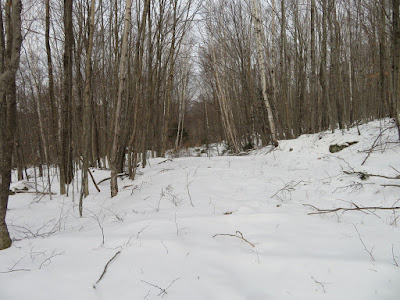 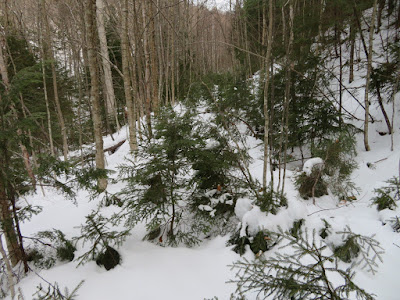 I rock-hopped across a good-sized brook that drains the southern slopes of Mt. Hitchcock. 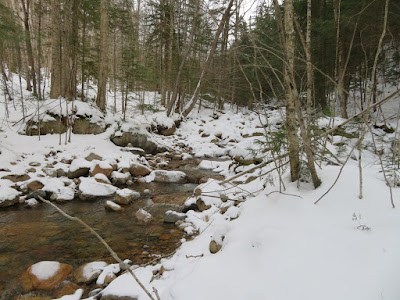 The bushwhack to the ledge was almost entirely through hardwoods. 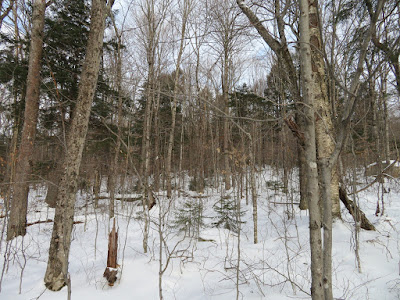 I stirred up a deer, and soon came upon its fresh tracks. 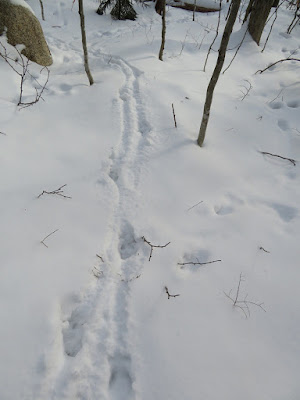 Steeper climbing on the approach to the shoulder with the ledge. The beech tree on the right has many old bear claw scars. 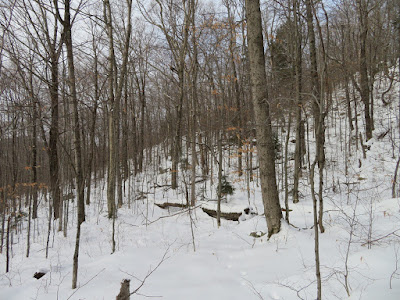 Interesting colors on these ledges. 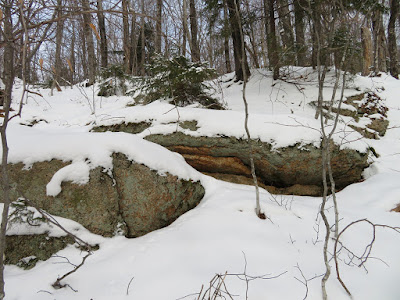 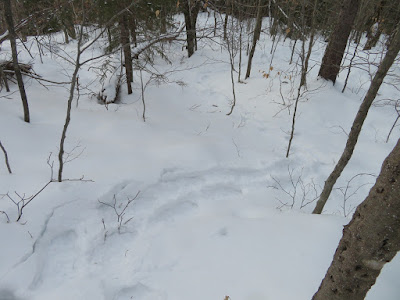 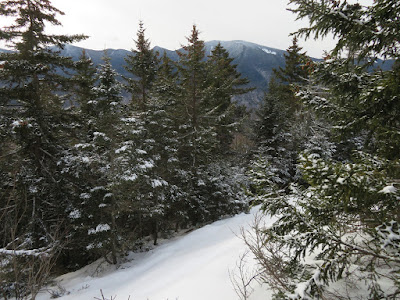 The slide-scarred Osceolas were an impressive sight to the SE. 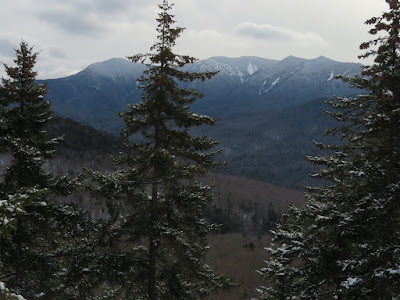 A nice angle on East Osceola and its big north-facing basin. 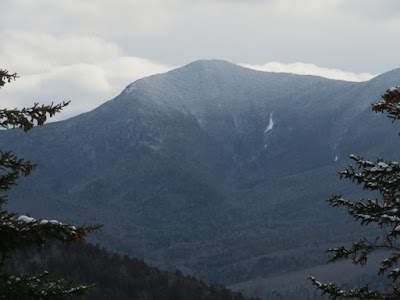 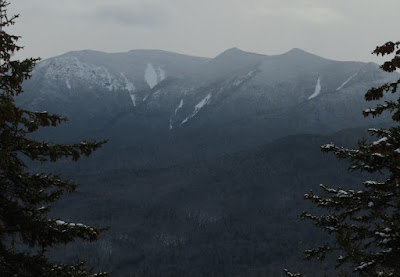 Zoom on Osceola. Split Cliff on the left, the upper Dogleg Slide (1995) right of center, and the Middle Slide (Hurricane Carol, 1954) to the right. 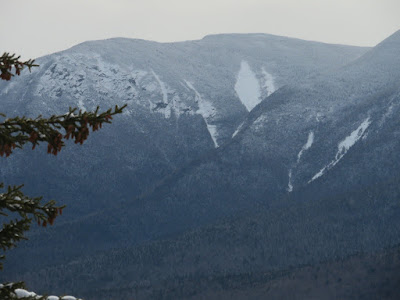 An unusual perspective on the main summit of Scar Ridge, with its Y-shaped northeastern slide (1938 hurricane) highlighted by the snow. Note the knife-edged ridge on the right. 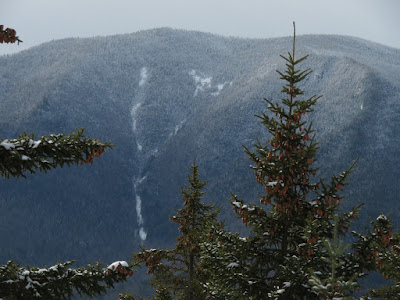 The top of the great northwestern slides on Scar Ridge. These slides apparently are at least a century and a half old. 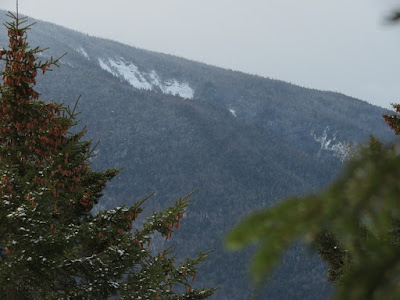 The pointy peak of Middle Scar Ridge and its slide (1938 hurricane). 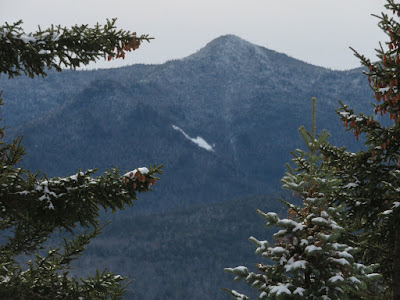 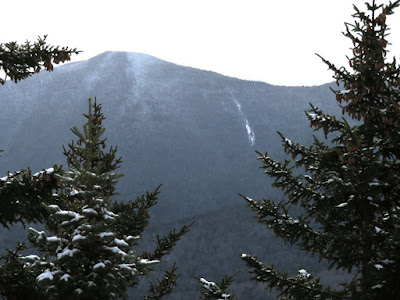 Peering into Mad River Notch. The top of South Tripyramid peeks over the SW slope of Mt. Kancamagus. 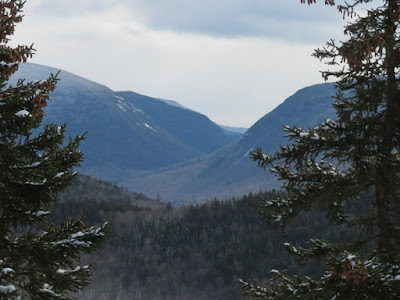 A band of Black-Capped Chickadees and Red-Breasted Nuthatches stopped by to scold me for a few minutes. 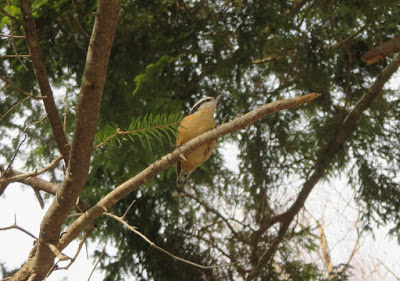 Two tracks diverged in the woods... 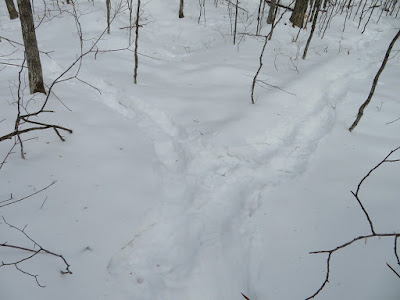 The main hindrance on this bushwhack was the gazillion beech saplings to push through. 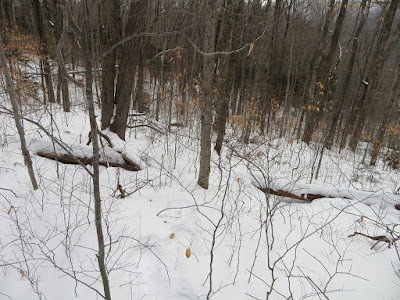 At the bottom I looped back through Big Rock Campground, waiting for spring. 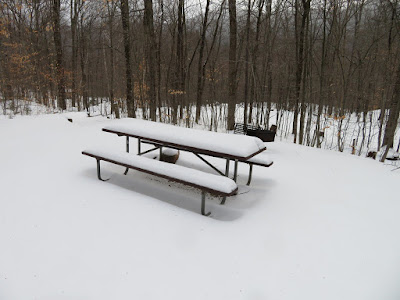 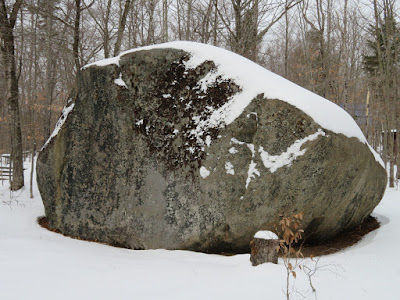