Snowshoeing in the Mad River Notch snow globe on the day before Thanksgiving. 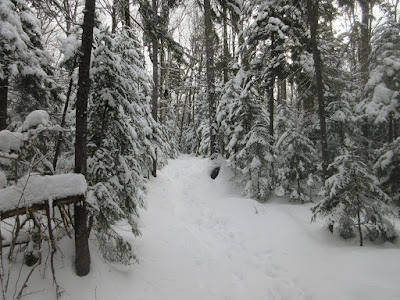 Snow bridges were forming on the South Fork of Hancock Branch. Step lightly! 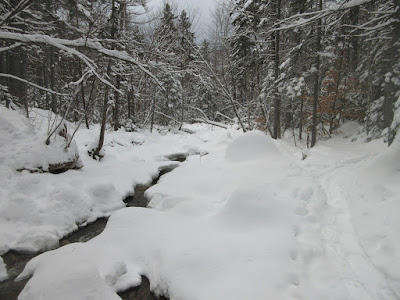 Upper Greeley Pond from the trail. 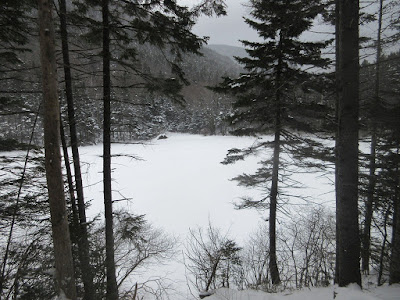 The K2 Cliff on the west knob of Mt. Kancamagus. 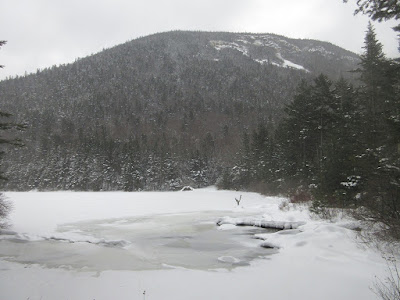 A foot of snow out here. 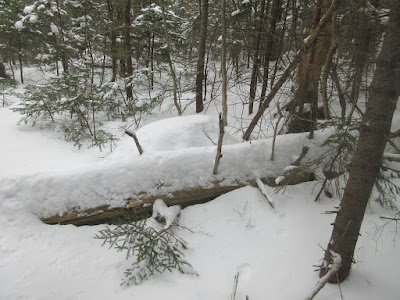 Breaking trail out to the SE shore of Upper Greeley. 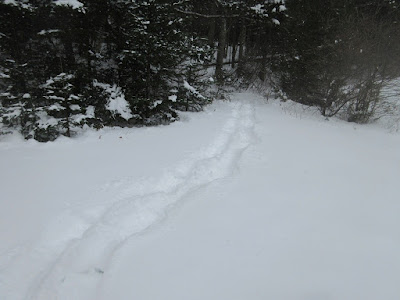 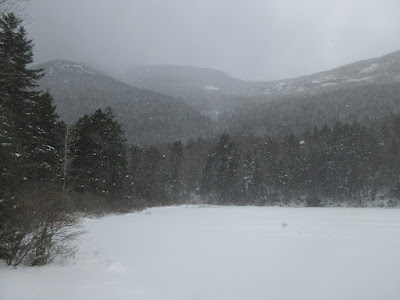 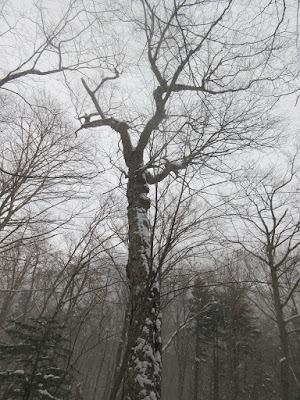 Looked like a beaver trough, at the north end of Lower Greeley Pond. The water level was way up at this pond in 2018, probably raised by a refurbished beaver dam. 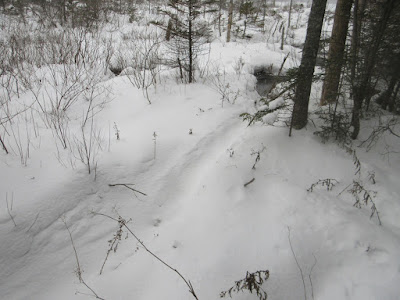 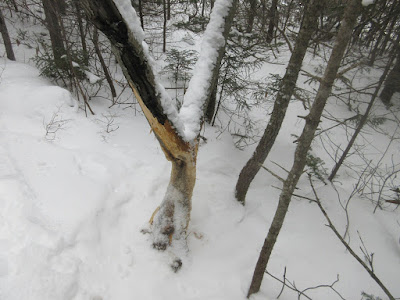 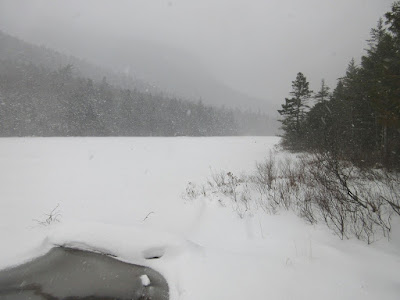 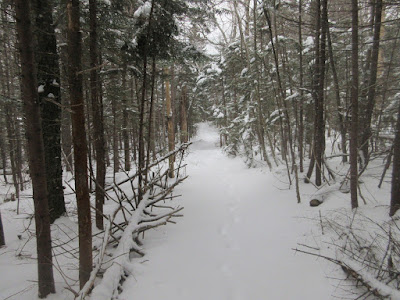 View of Mad River Notch from the south end of Lower Greeley. 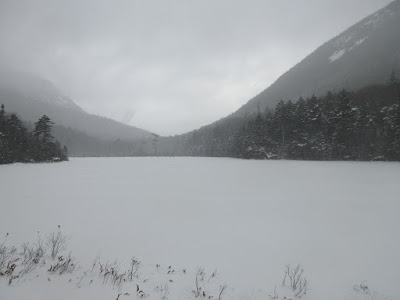 Dim profile of the K1 Cliff. 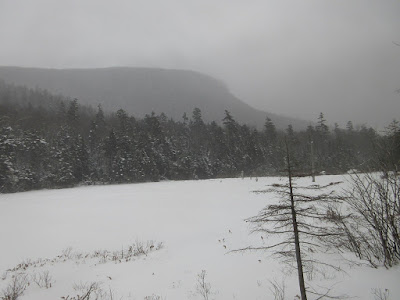 The Mad River is a sizeable stream as it flows out of Lower Greeley. 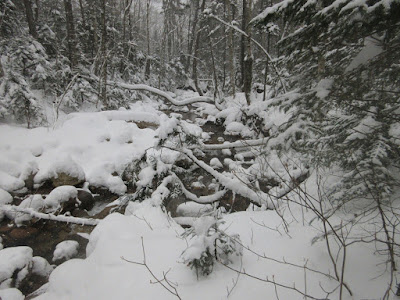 On the way back I snowshoed up the lower track of the northeastern slides on East Osceola, the first of which fell in 1892. Additional forks of the slides probably came down in the 1950s. The tracks of the older slide (which is crossed by the Mt. Osceola Trail) and newer slides join at 2700 ft. The lower end of the combined track comes down beside the Greeley Ponds Trail south of Upper Greeley Pond. In good snow years the 1950s forks are occasionally skied. 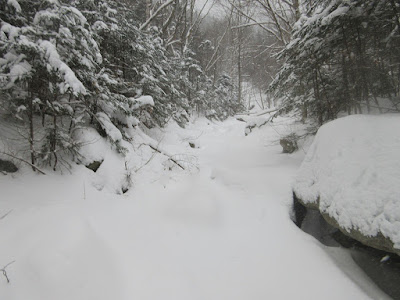 I made it up to the base of the steeper, ledgy part of the slide at 2400 ft. It was tempting to continue up, but water could be heard running under the snow! 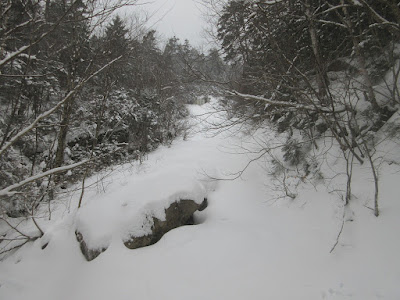 Following my tracks back down the slide bed. 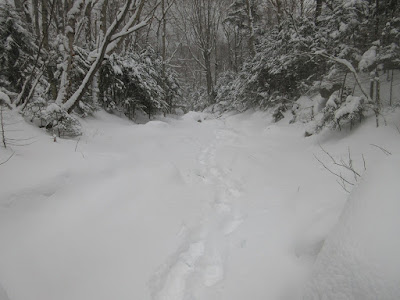 Overhanging boulder on the edge of the slide. 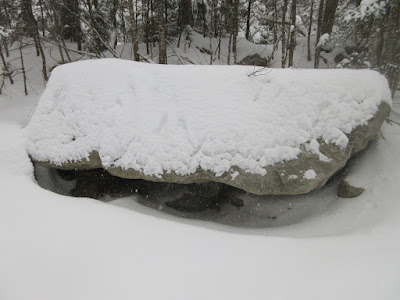 The only hiker I met snowshoes down Greeley Ponds Trail after ascending the Osceolas. Back at the parking lot there was a two-inch accumulation of new snow on the car. 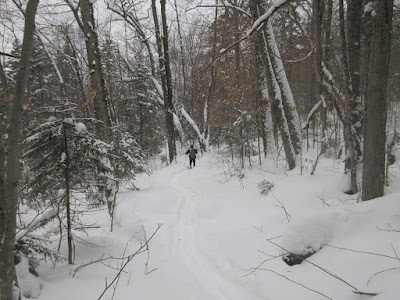