I took advantage of beautiful midwinter-type powder conditions before a predicted rainstorm. I snowshoed a mile up the Greeley Ponds XC ski trail, which had been tracked out by a snowshoer on Wednesday, then made a short, steep bushwhack to the base of a Tropical Storm Irene slide on the NE flank of East Osceola.

Beech leaves in the track - a quirk of November snowshoeing. 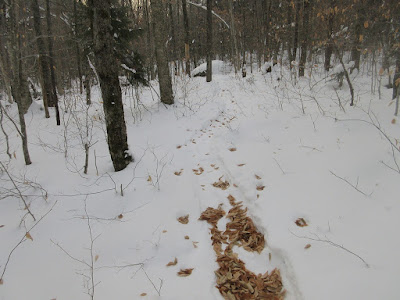 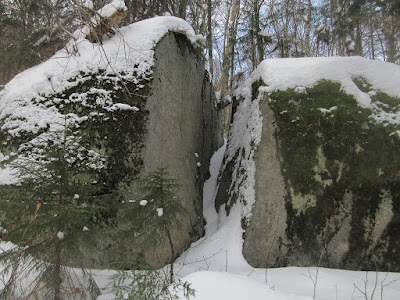 The slide in sight. 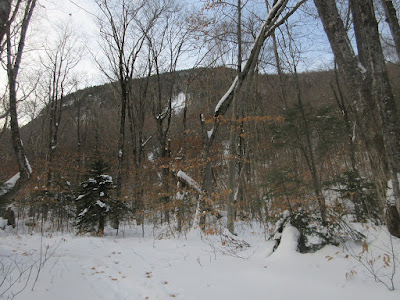 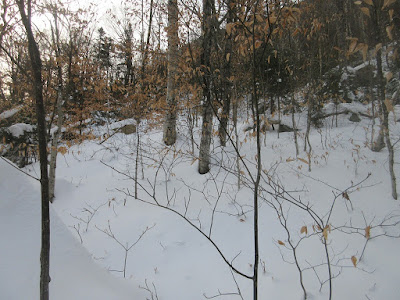 View of Mt. Huntington from an open spot at the base of the slide runout. 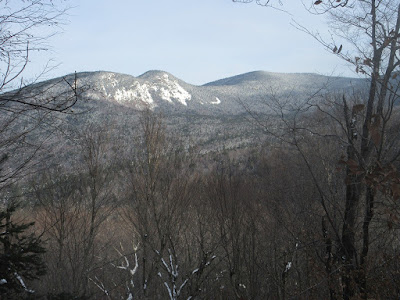 The cliffs of West Huntington, which overlook the Kanc Highway above the hairpin turn. Years ago, I made two unsuccessful attempts to reach the top of these cliffs for views. Both times I started in the afternoon, in winter - too late, as it turned out, to navigate the dense conifers and blowdowns up on that shoulder. 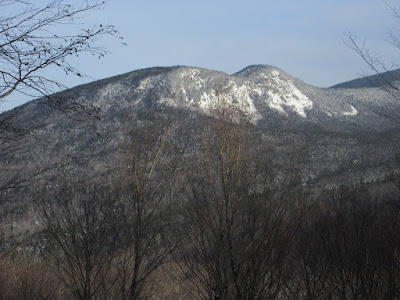 Today I made it up almost to the bottom of the wider open part of the Irene slide, but ran out of time as there was a store that needed to be opened on a Saturday morning! 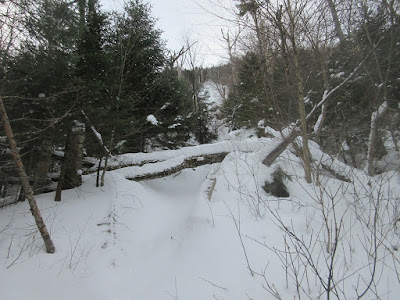 Hard to believe this was Thanksgiving weekend! 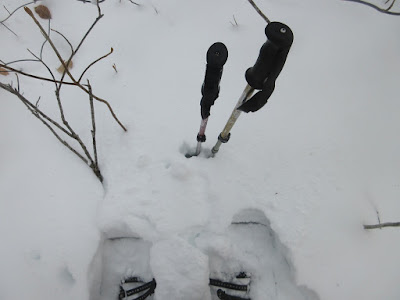 I made the most of a gloomy afternoon on the way back from an appointment down south. Spring-like snowshoeing conditions prevailed in Waterville Valley at 37 degrees.

Most of the Fletcher's Cascade Trail is in the Sandwich Range Wilderness. There was one set of old snowshoe tracks on the trail. 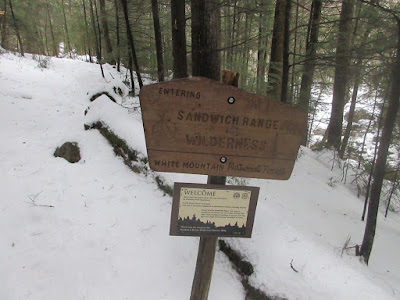 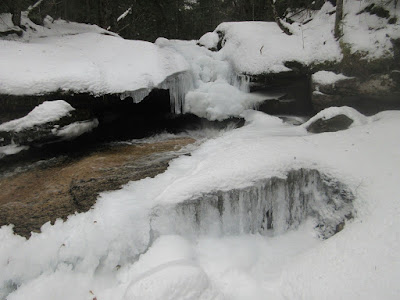 View down Drakes Brook from the top of the cascade. 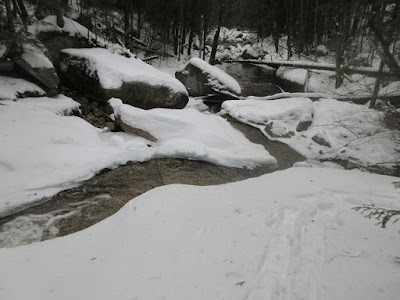 "The Three Bowlders" mark the location where Bowlder Brook (on which Fletcher's Cascades are located) merges with Drakes Brook. 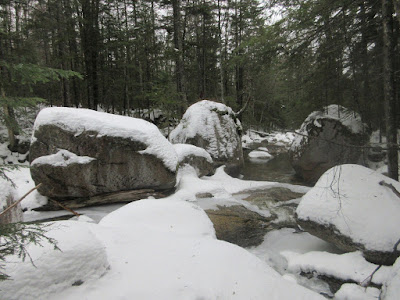 A jumbo hemlock leaner. There are some very large old hemlocks in this ravine. 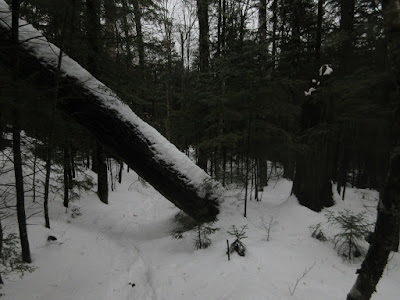 The step-like lower drop of Fletcher's Cascades.They were named for Arthur Fletcher of Concord, NH, a frequent guest at Waterville in the late 1800s. The trail continues another 0.1 mile, steeply, to the upper cascades, but I had reached my turnaround time for this visit. 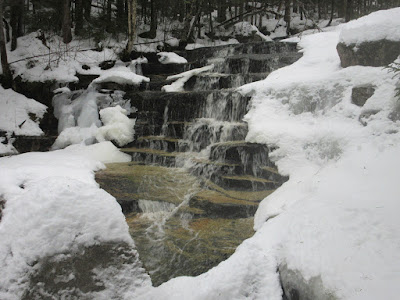