An afternoon winter warmup hike - with December-like cold and powder snow - on a mellow trail to unique views of the Waterville Valley backcountry.

Following a logging road on a section of Greeley Ponds Trail that was formerly part of the Timber Camp Trail, before a major relocation due to washouts from Tropical Storm Irene. 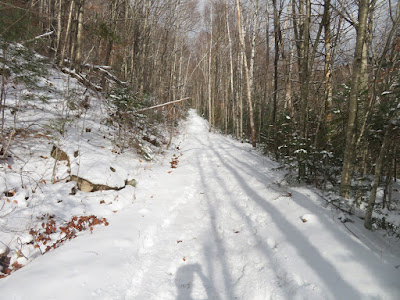 Start of the Timber Camp Trail. 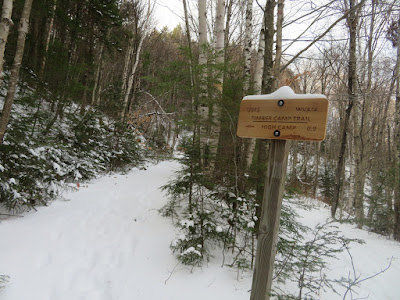 After a hairpin turn, a first look at the Painted Cliff of East Osceola. 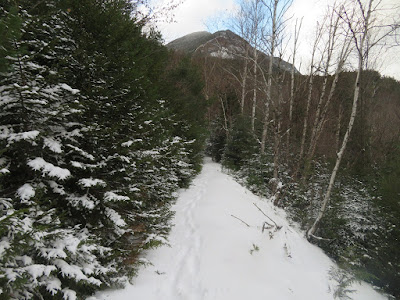 Looked like winter up here, with 5" of powder snow on the ground. 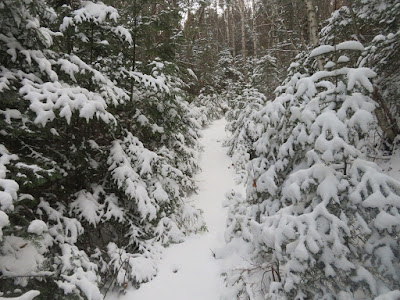 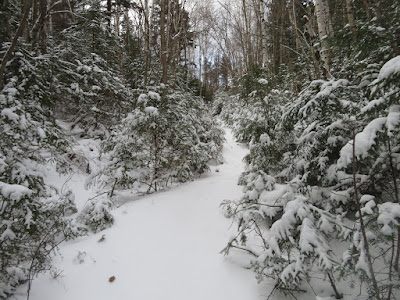 The trail runs along the base of this high, open gravel bank. A short climb up rewards with excellent views. 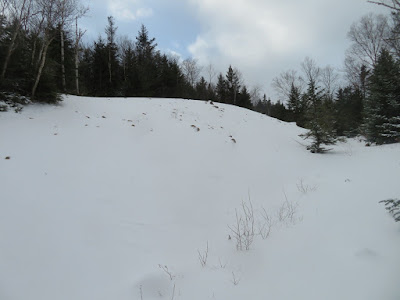 From the gravel bank you can spot both the K1 Cliff (R) and K2 Cliff (L) on the west slope of Mt. Kancamagus. In the early 1900s both of these cliffs were reached by trails built by Waterville Valley hikers, but those paths have been abandoned for many decades. 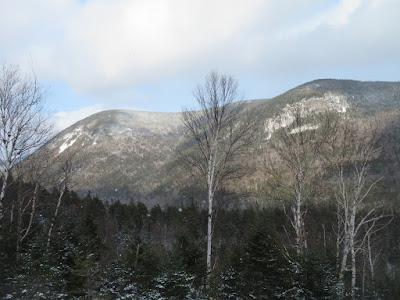 Zoom on the K1 Cliff. There's an unusual high-elevation flume towards its N (L) end. 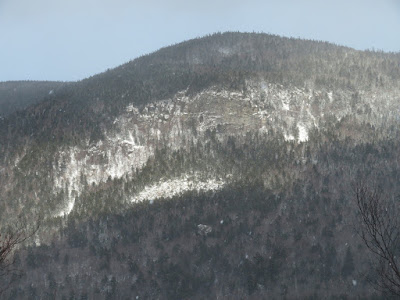 The cliffs of West Huntington are seen through the gap of Mad River Notch. 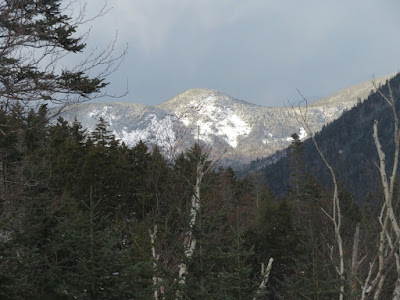 From the gravel bank you look up at East Osceola's Painted Cliff, named by Waterville hiker, trail-builder and historian Nathaniel Goodrich for its curiously-colored rock. According to Goodrich in his 1952 book, The Waterville Valley, in the late 1930s his brother Hubert and friends blazed a "Nature Trail" up towards these cliffs and back down to the Mad River. But the path was soon obliterated by the 1938 hurricane. In the 1990s two friends and I snowshoe-whacked up to the talus slope at the base of the cliff. The closeup of the cliff was impressive, and the view out to the E was wild and expansive. The whack was very thick in places and along the way we passed through some scary terrain with huge boulders and deep holes. 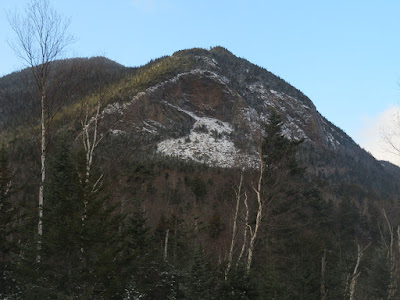 The prize vista from the gravel bank looks across wild backcountry to Scaur Peak, Flume Peak and
Mt. Tripyramid. 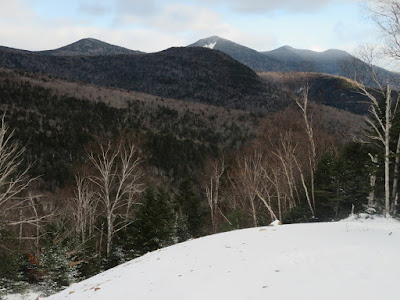 One of the best angles on Tripyramid. 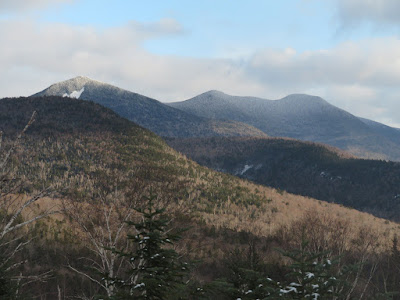 North Tripyramid and the upper reach of the North Slide. 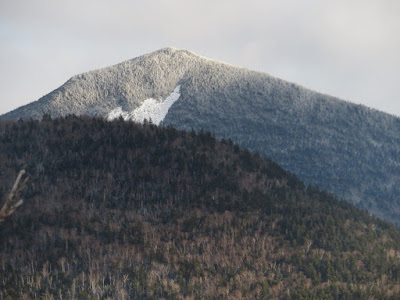 From the gravel bank the trail continues another 0.3 mile to "High Camp," a logging camp used in the 1960s when there was a 185-acre logging cut here in the valley of Greeley Brook. The floor and south side of this valley are laced with old logging roads from that operation. Two documents found online note that this valley did hold old-growth spruce, but the 1960s logged areas now support a scrubby growth of young birch and conifer. 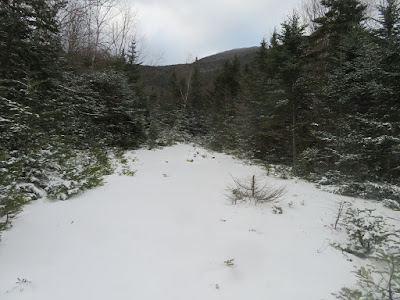