A snowshoe bushwhack to one of the forgotten places in Waterville Valley, an interesting band of ledge hidden in the forest on a SE spur of Mt. Tecumseh.

The ledges (lower left) were shown as a point of interest on the 1915 edition of the A.L. Goodrich map of Waterville Valley. They also seem to match the description of "Tecumseh Ledges" in the accompanying guidebook. The ledges were "re-discovered" last summer by Dan Newton, President of the Waterville Valley Athletic & Improvement Association (WVAIA). 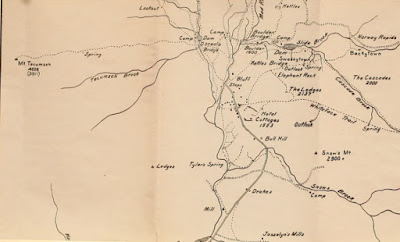 On nearly every bushwhack it seems there are some interesting boulders along the way. 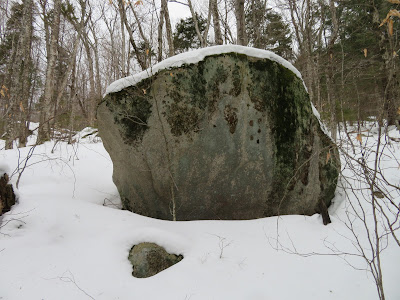 The woods were mostly open. 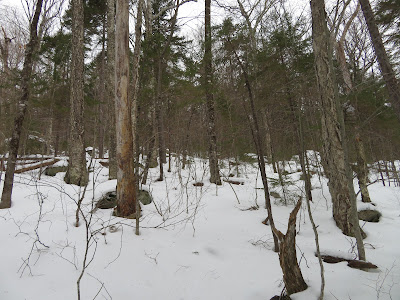 When breaking trail, the difference in snowpack in forest types is more noticeable - a foot or so in the open hardwoods, as shown here, compared to just a few inches under the hemlocks. Today the snow was wet and heavy. 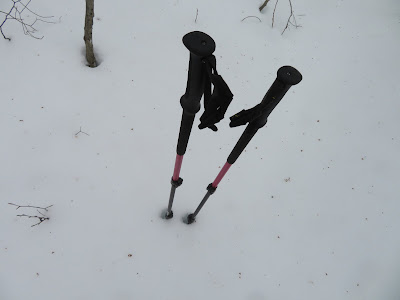 The ledge band in sight ahead. The ice formations were a wonderful surprise. 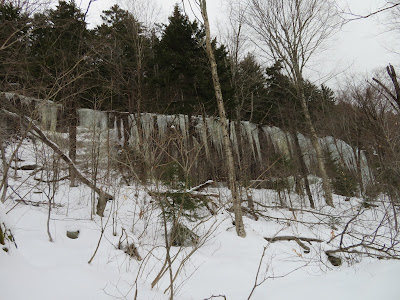 A tour along the base of the cliff band, more than 0.1 mile across, started at the west end. 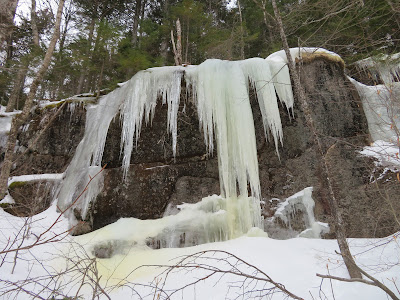 A gallery of ice art. 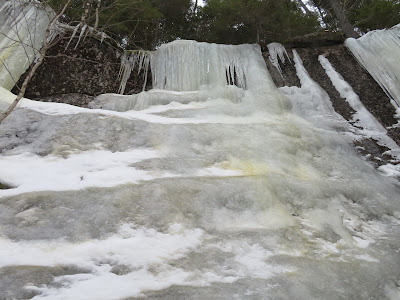 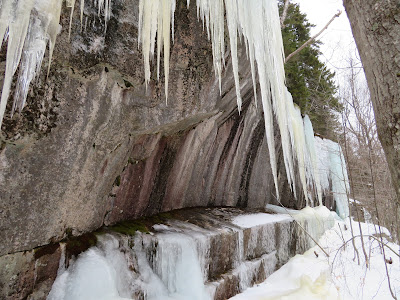 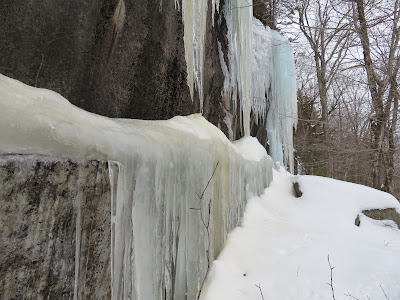 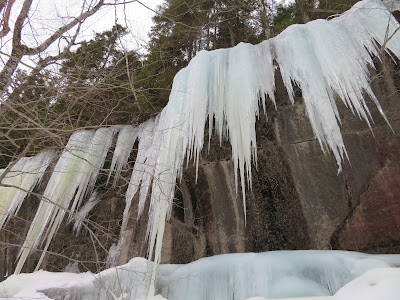 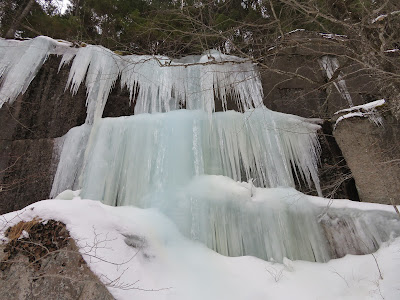 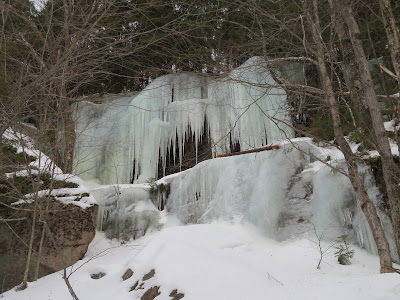 An enormous rock block in the woods below the cliff. 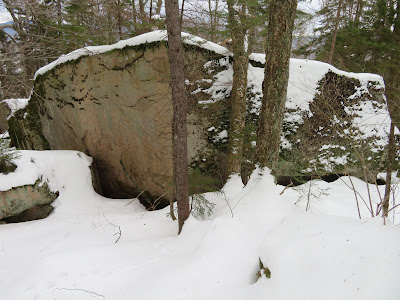 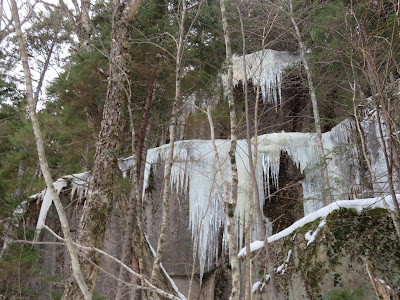 The highest rock face is at the east end. 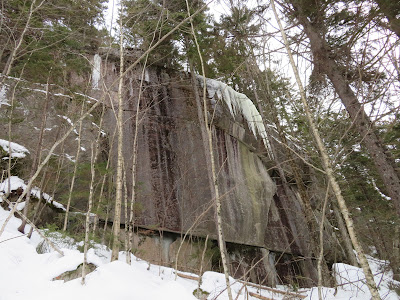 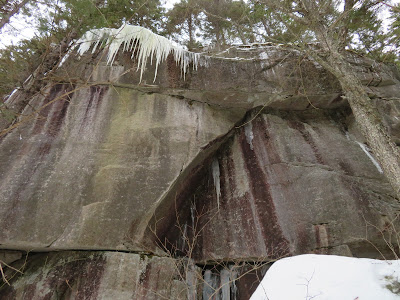 Another angle on the return traverse along the base. 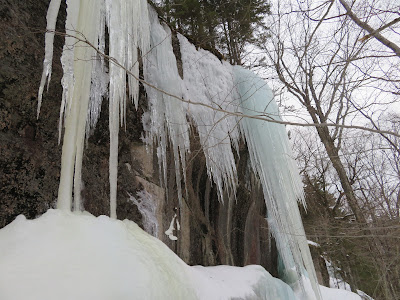 Then a traverse across the top of the cliff band. 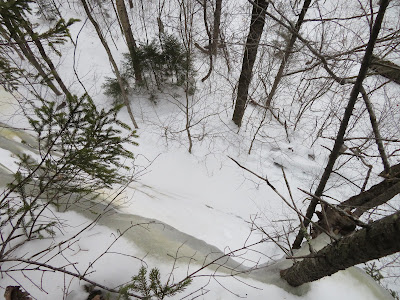 Some partial views were found, including this look at South Tripyramid and West Sleeper. 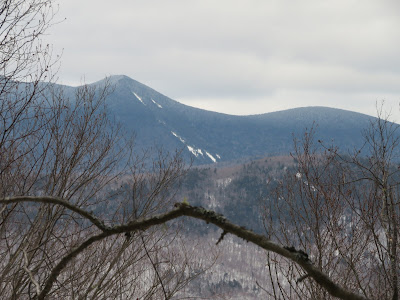 The Tripyramids, with both South and North Slides visible. 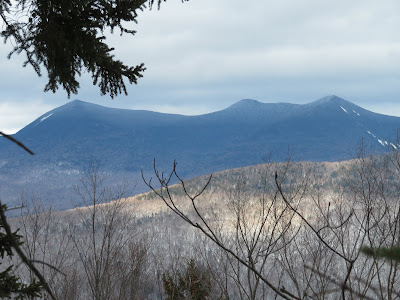 A unique perspective looking up the Snows Brook valley to Lost Pass, with East Sleeper and Mt. Whiteface beyond. 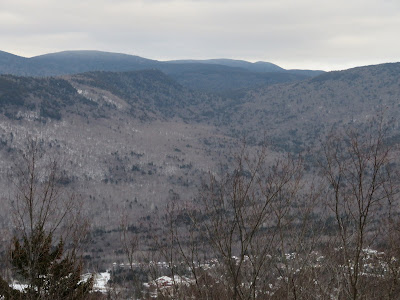 I whacked up to the top of this spur ridge, a long flat 2500-ft. shoulder with mostly open woods. 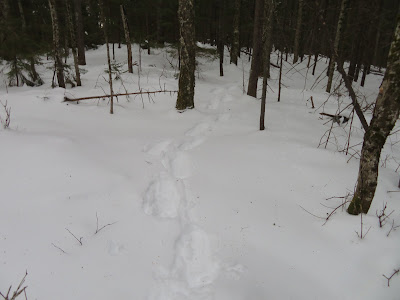 A steep descent off the west side led to the top of an old clearcut with an interesting view up to the great southern ridge of Tecumseh, including Green Mountain (in the middle) and Foss Peak (on the left). 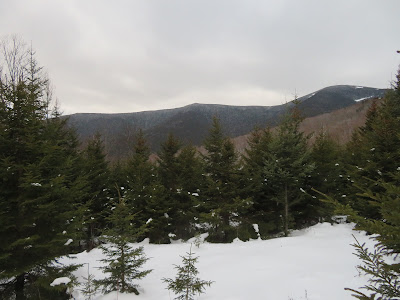 The top of Dickey Mountain peers over the ridge
. 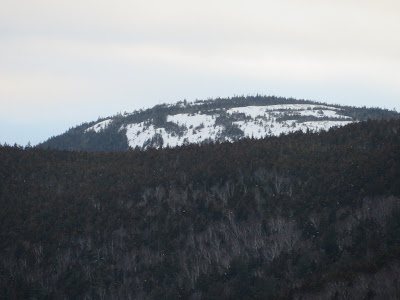