Continuing a series of explorations of brooks around Mt. Moosilauke, on this cloudy November day I followed the south branch of Walker Brook from the end of the Walker Brook logging road up to near its source on the steep east slope of Mount Braley (the peak just south of Mount Waternomee, named for a Dartmouth Outing Club notable). Then I visited the two remaining open patches on an old slide - a place on my to-do list for years - and enjoyed good views to the southeast before heading back down along the stream.

The trek began with a 1.3 mi. walk up the Walker Brook logging road from Rt. 118, which is normally used as the access to the unofficial path to the B-18 bomber crash site high on the side of Mt. Waternomee. 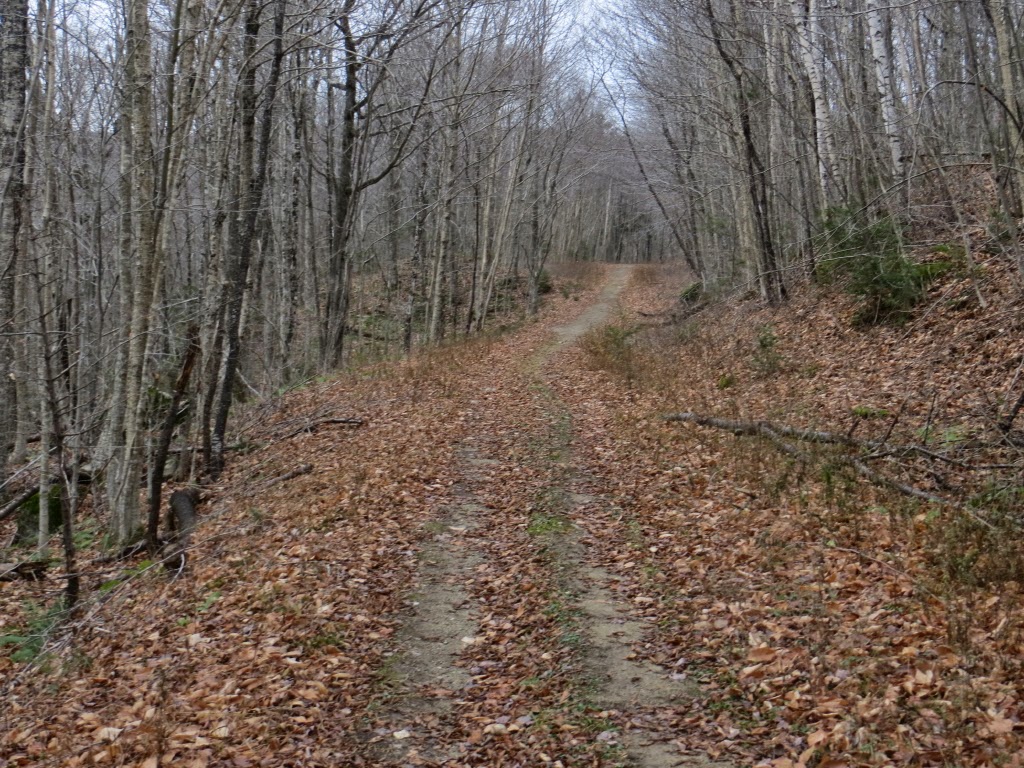 I continued on the overgrown extension of the road across the north branch of Walker Brook, which flows down from the east side of Mt. Waternomee. (Click here for a report on an exploration of the upper part of this brook.) 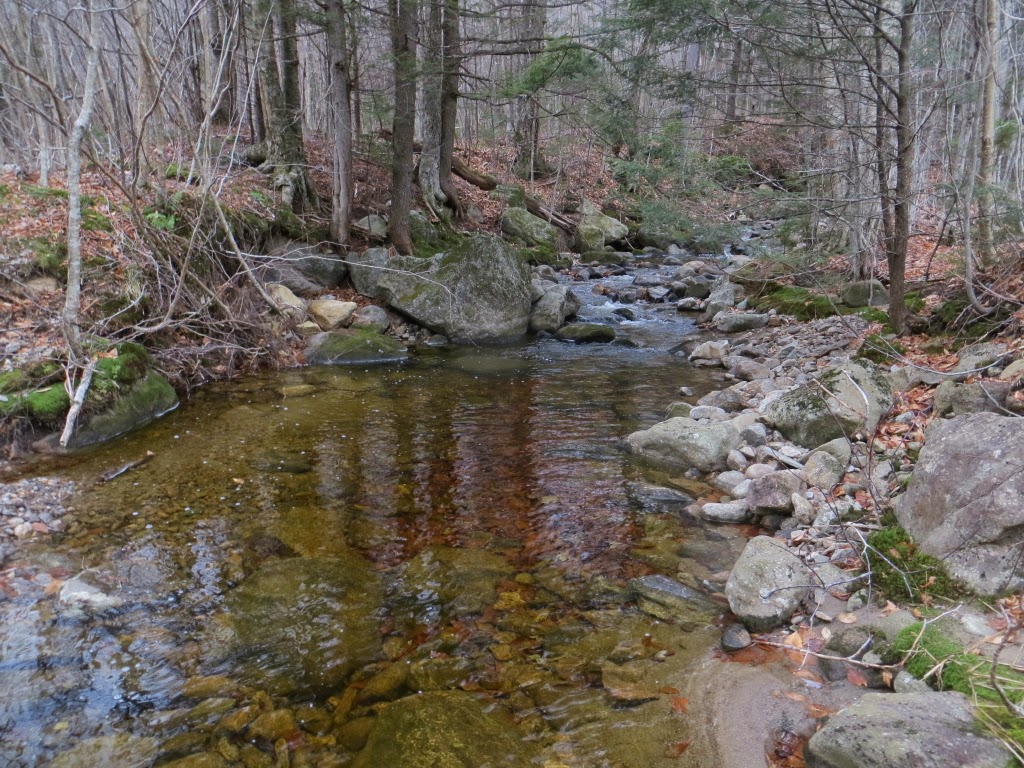 Not far beyond, I began my bushwhack up along the south branch, through gentle terrain at first. 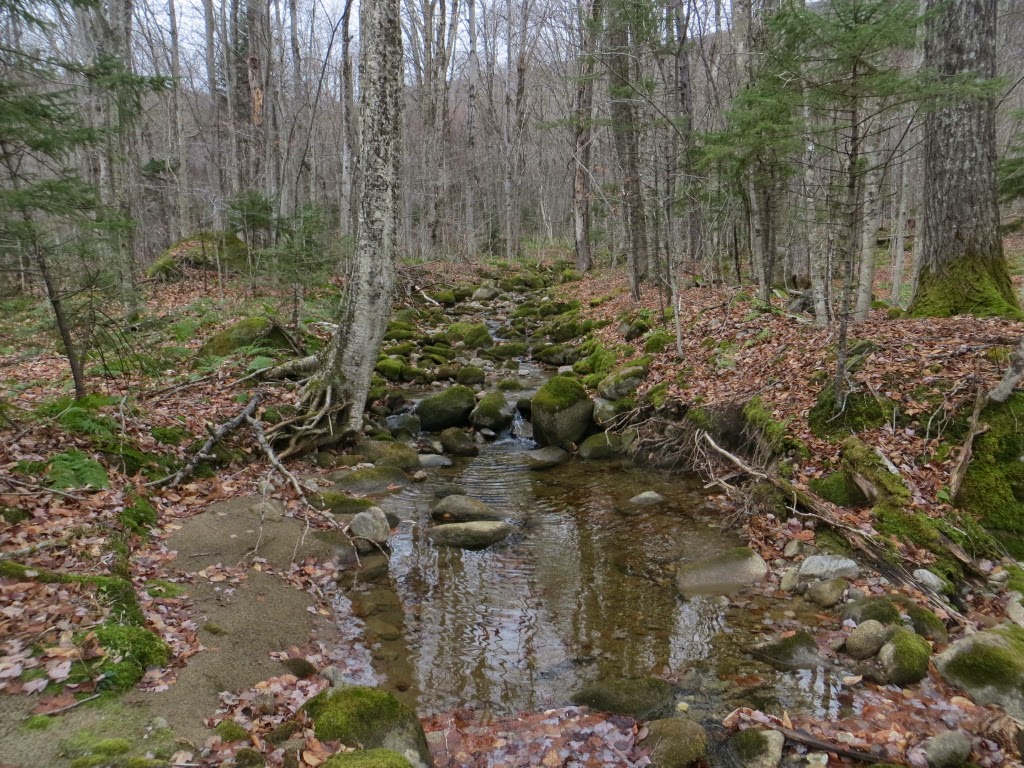 A nice quiet area out here. 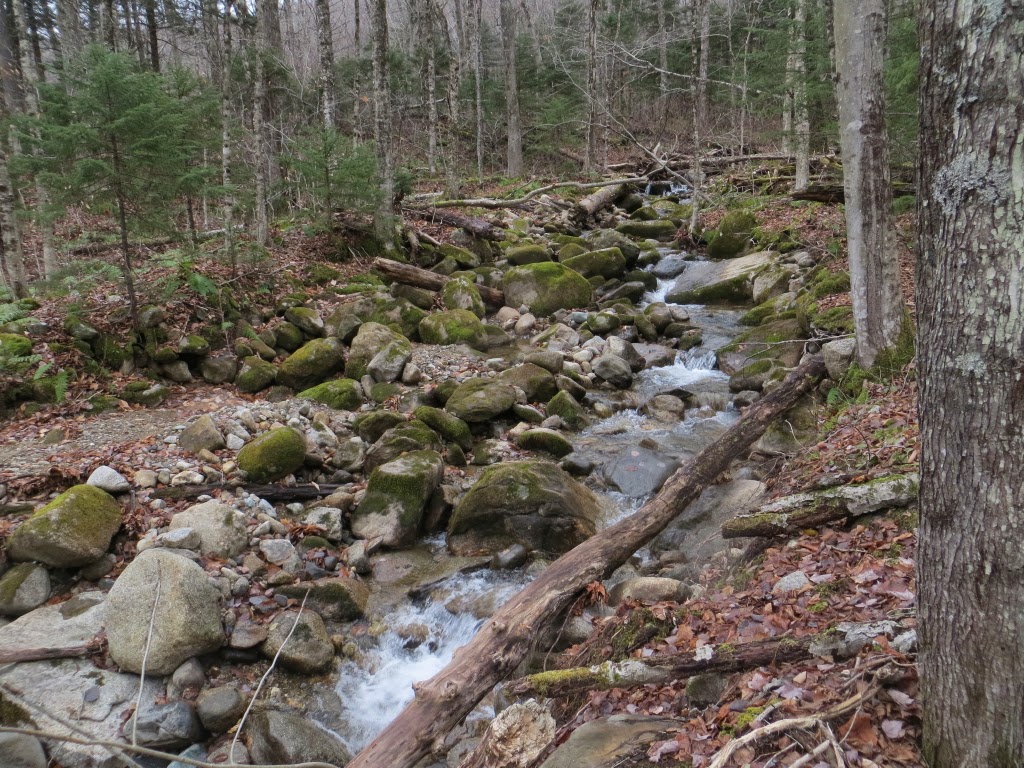 November is a great time for bushwhacking in the hardwood forest. 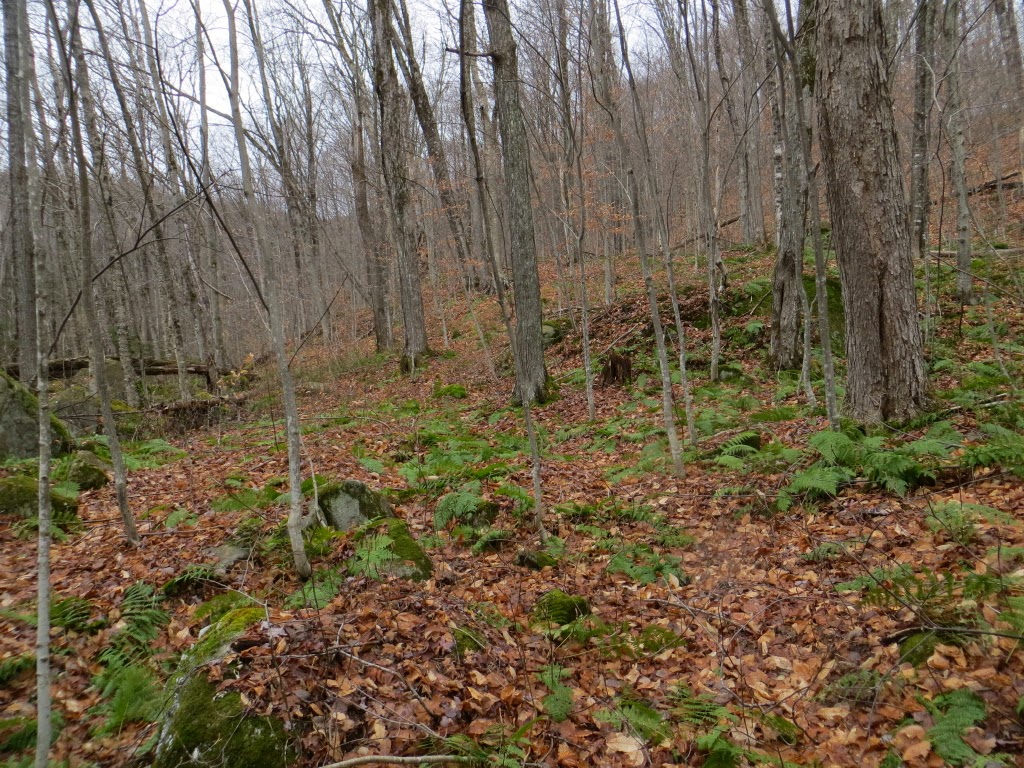 I alternated picking my way in rougher terrain right along the brook, and in the easier woods a bit up and away from the streambank. In one section I followed what appeared to be an old logging sled road. 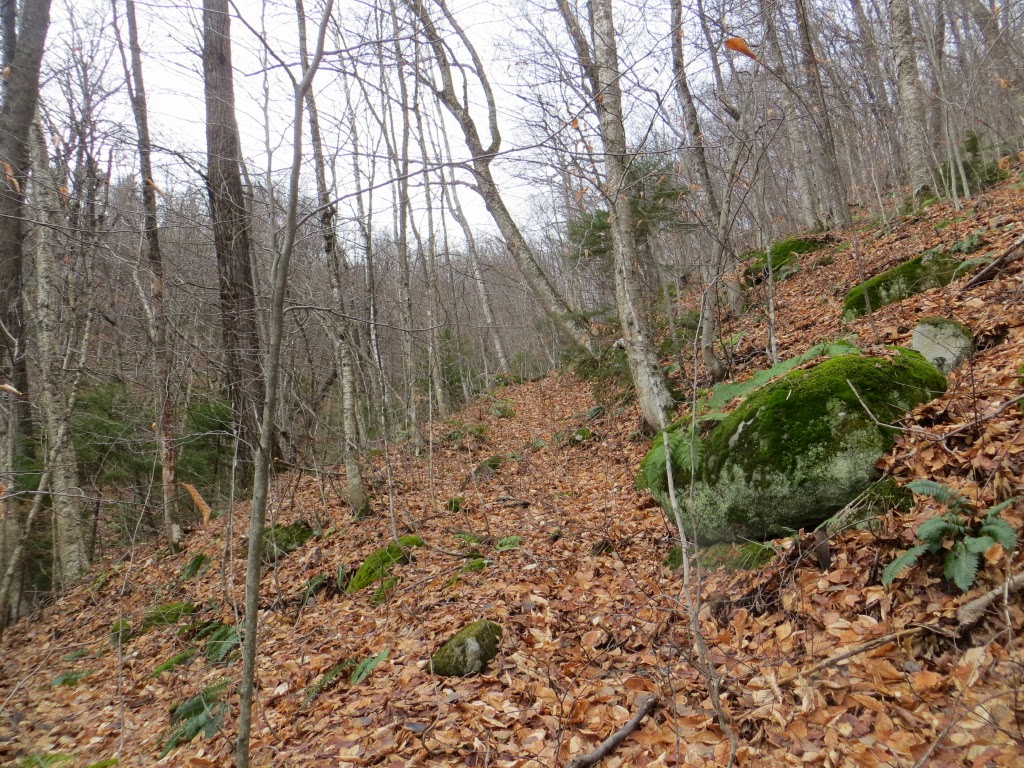 In one steep section along the brook I crossed an old mudslide. 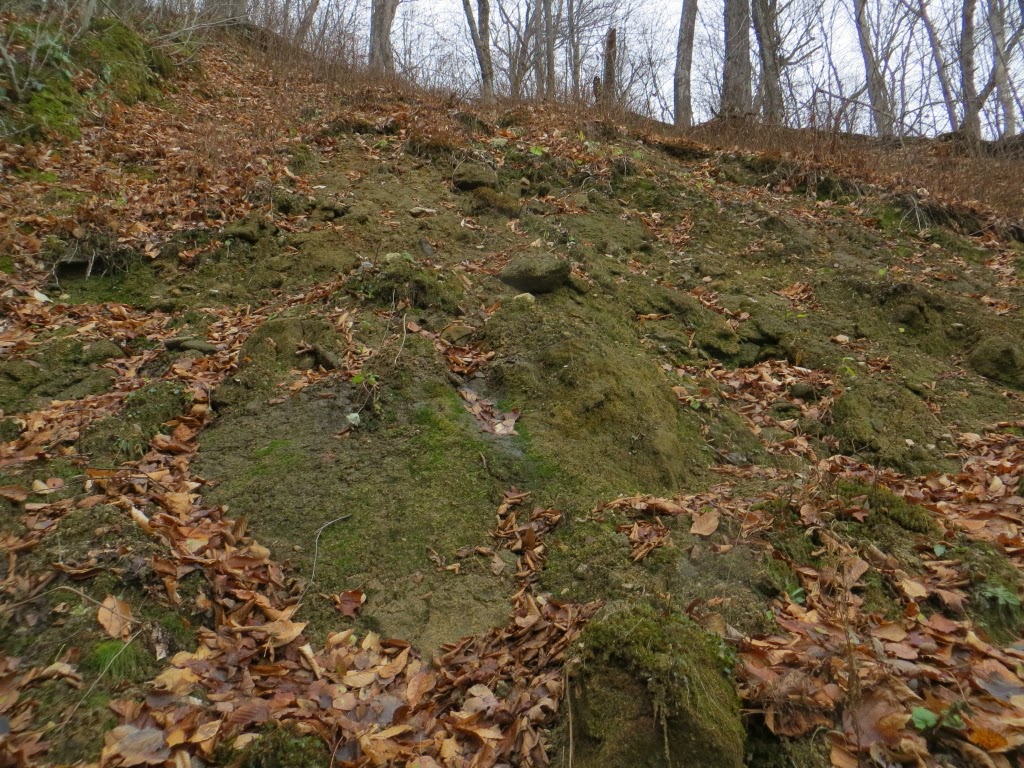 I hoped to find some cascades on the south branch, but this stream turned out to be more of a tumbler than a cascader. This was a nice spot, though. 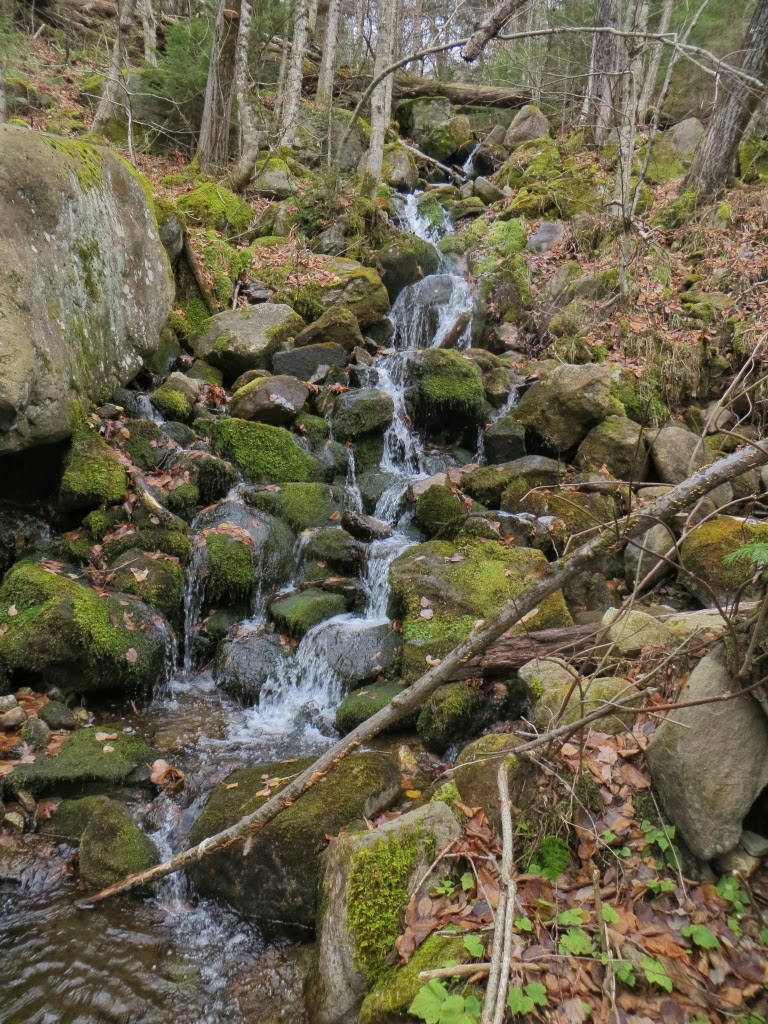 Higher up, where the brook was quite small and split into branches, I wandered off through the woods on the north side. This boulder displayed an especially rich carpet of moss. 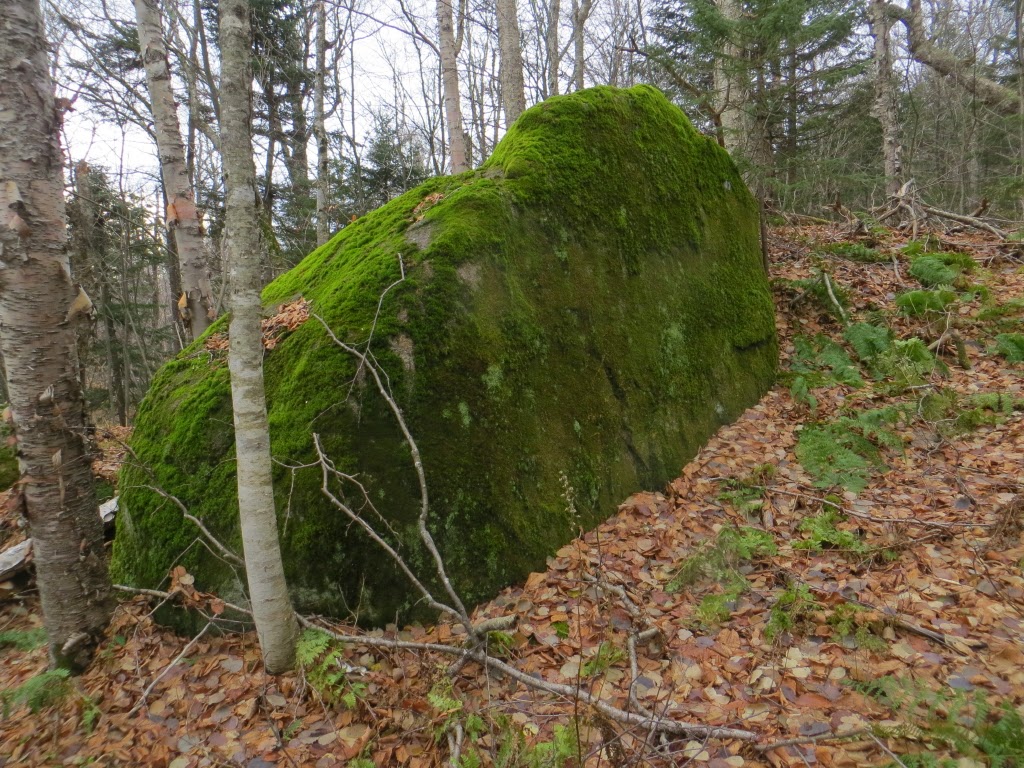 This lovely birch glade at 2600 ft. was one of the highlights of the bushwhack. 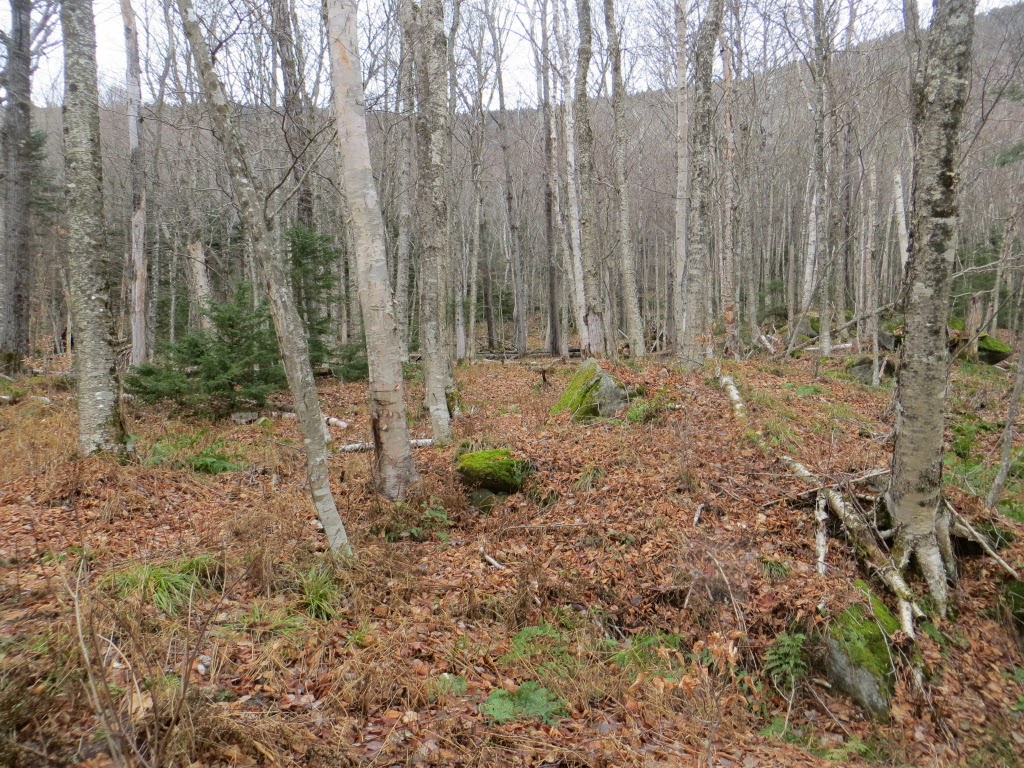 This was a particularly idyllic spot with the little brook meandering along the edge of the glade. 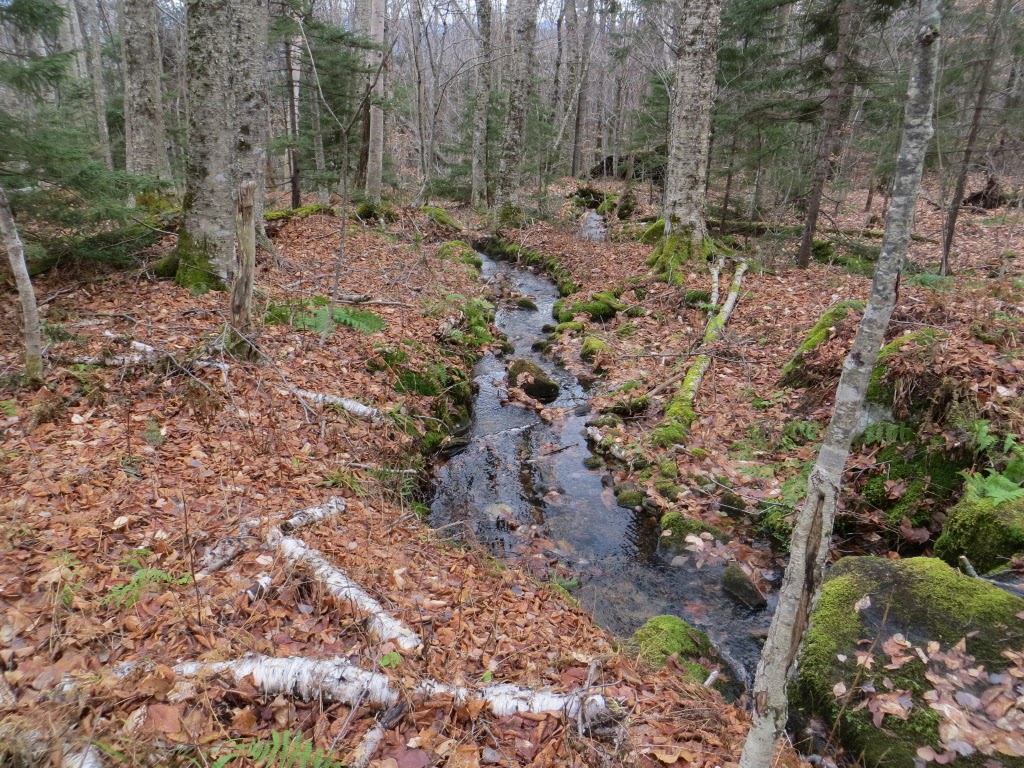 The best whacking of the day! 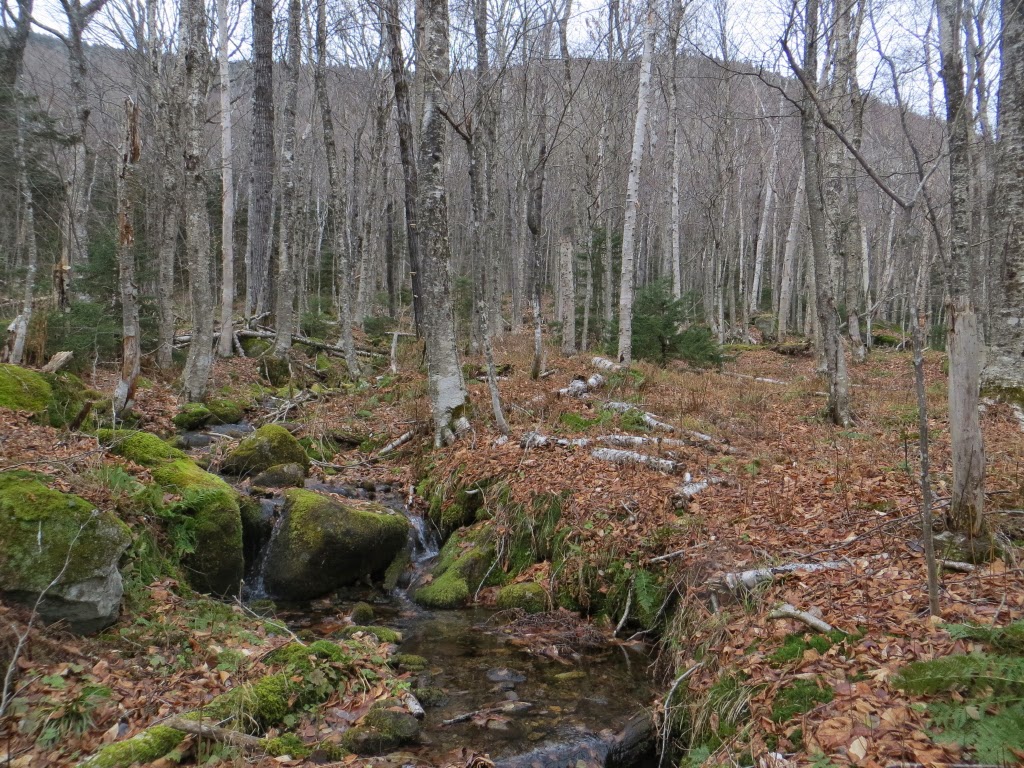 A cascade in miniature. 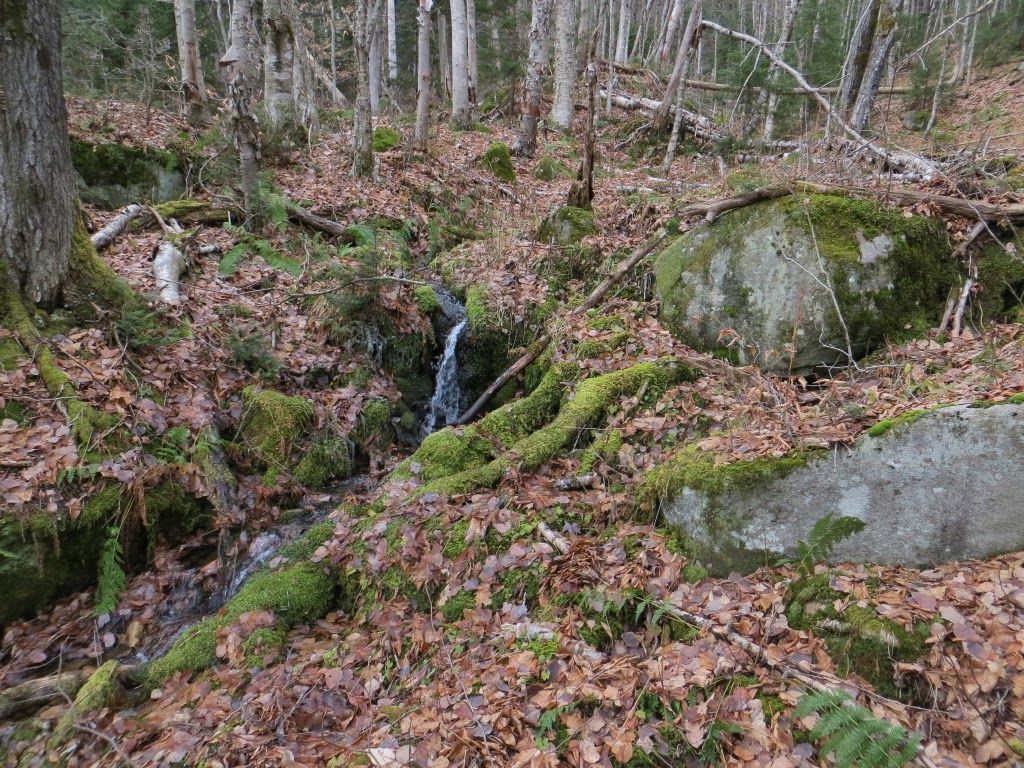 From the glade I followed a hogback with open woods up towards the old Braley slide. 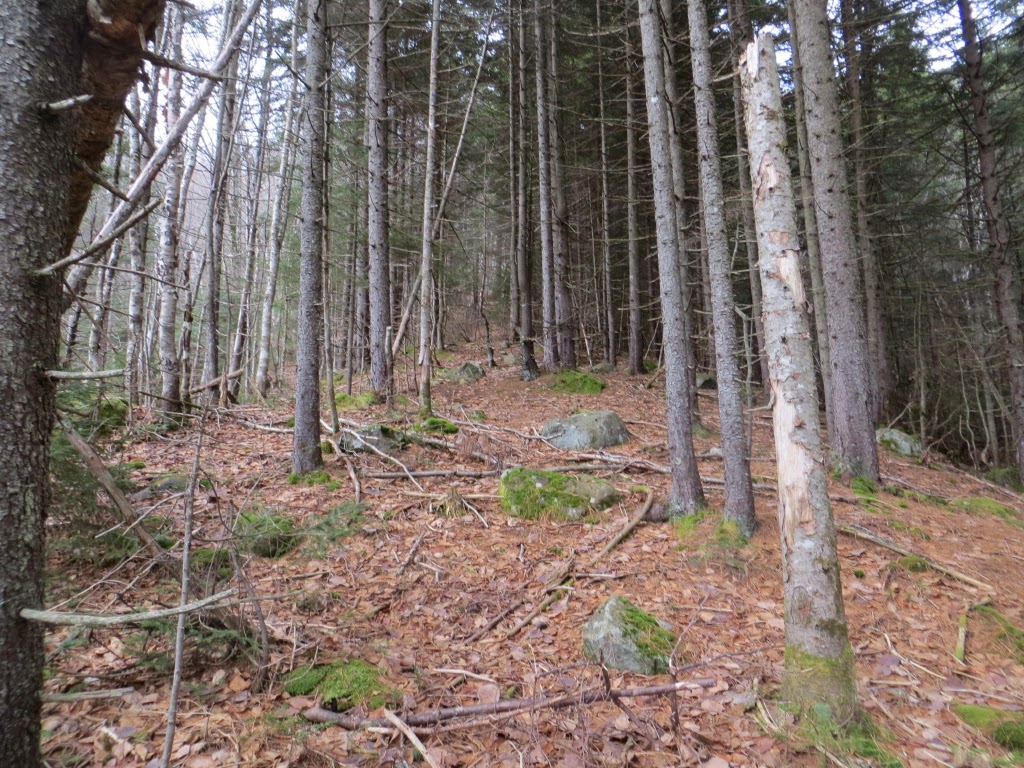 After a bit of wandering around I found the lower of the two open gravelly patches on the slide. 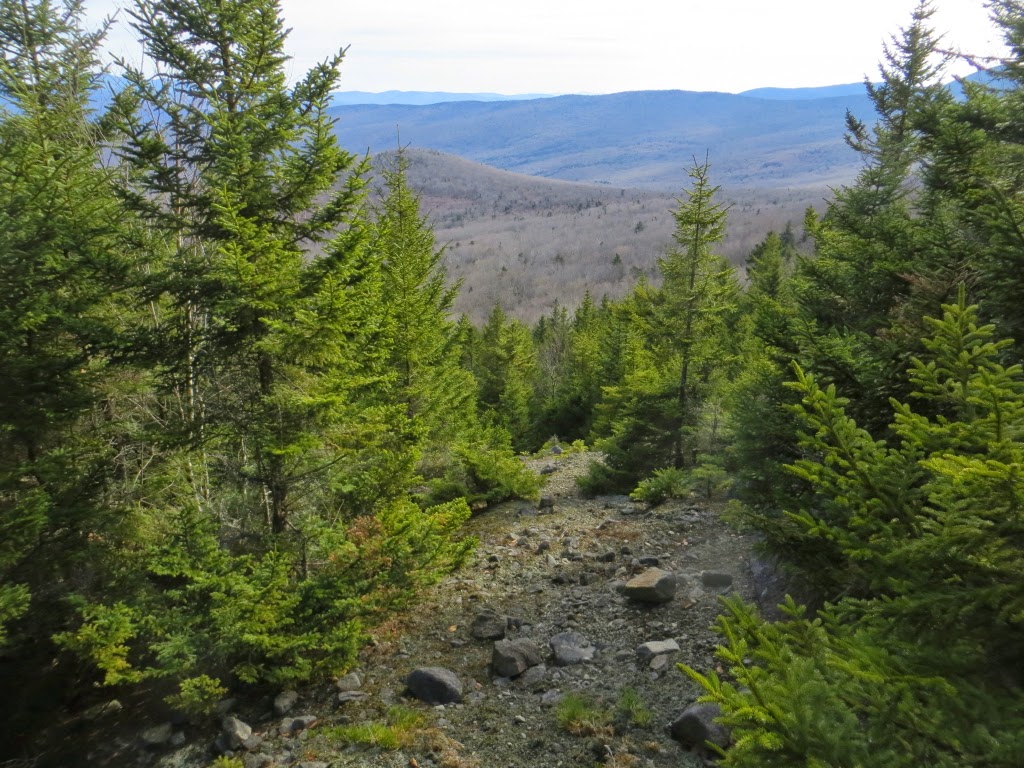 The old slide still offers a fine view to the east and southeast, including Mt. Tecumseh, Sandwich Dome and Elbow Pond. 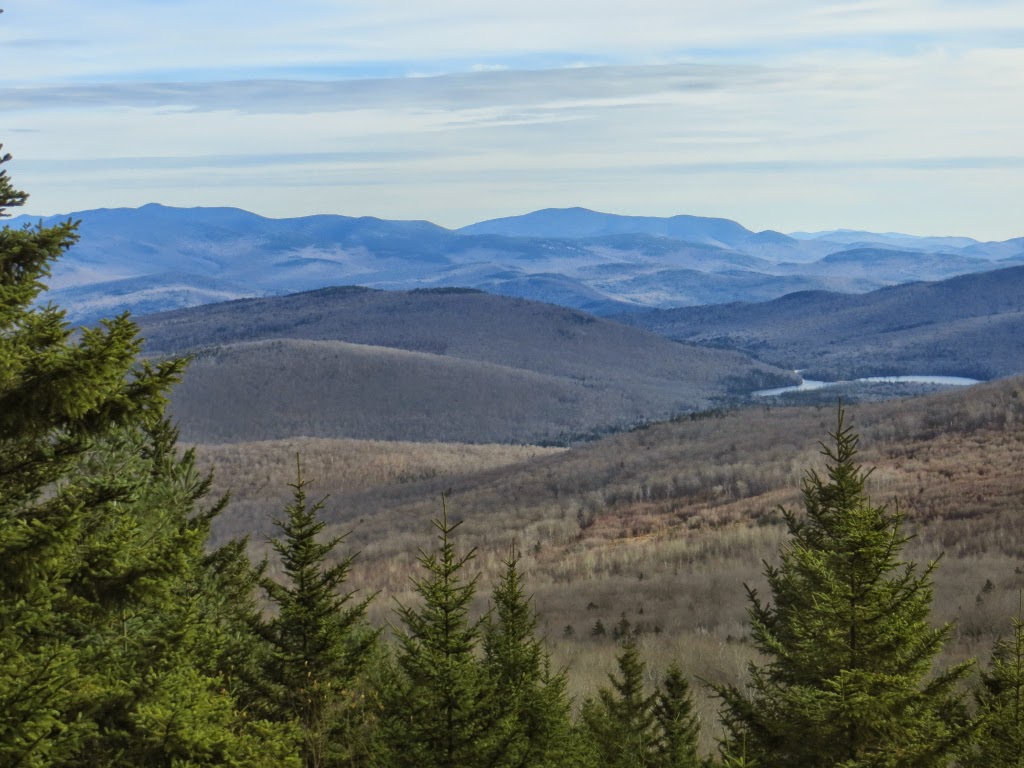 This is the best view of Elbow Pond I've found. On the horizon in the center is Mt. Shaw in the Ossipees rising above Mt. Israel. 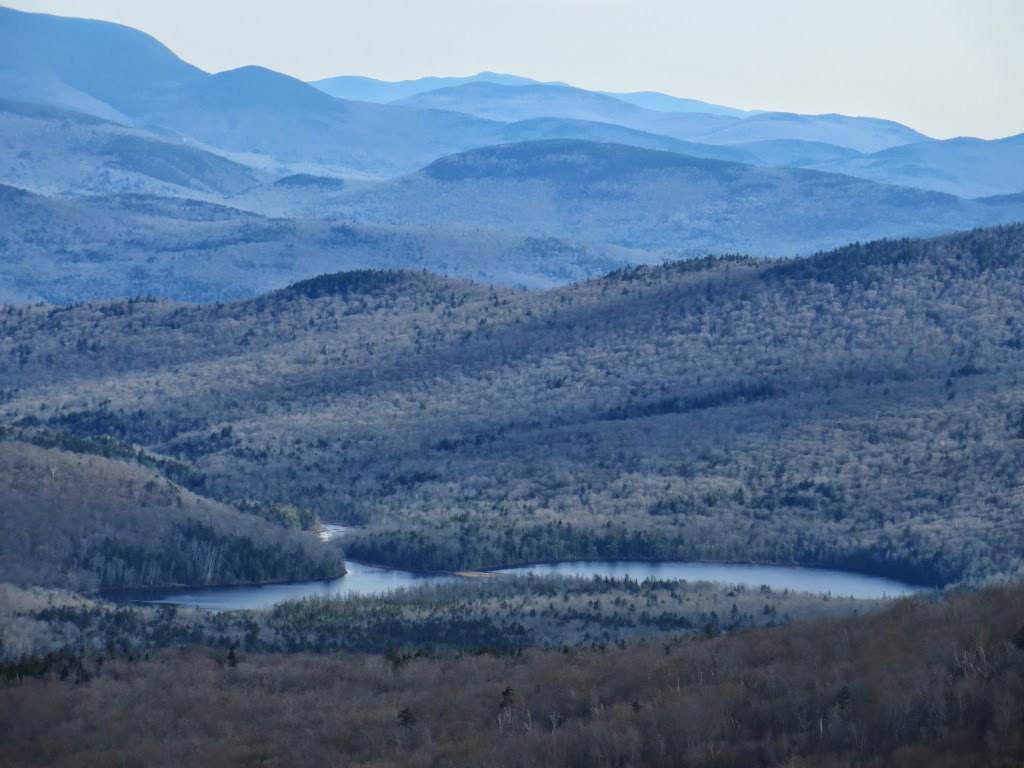 The Tripyramids and Mt. Tecumseh. 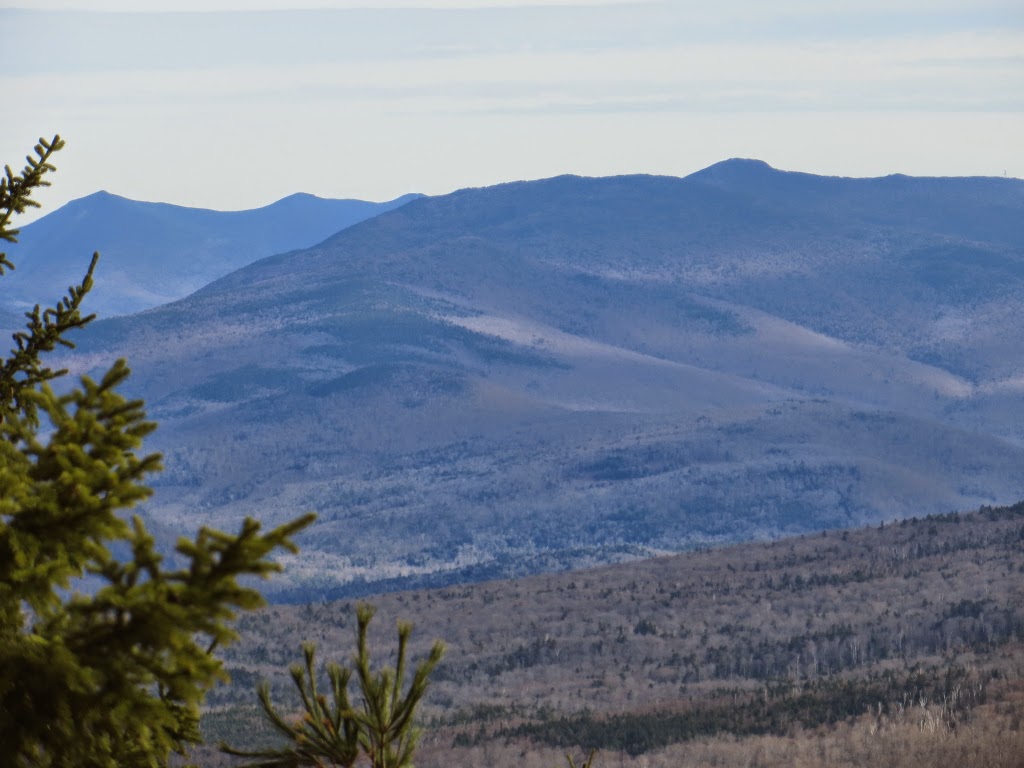 Revegetation is underway on this remnant gravelly patch. Most of the slide is cloaked in very dense small spruce. 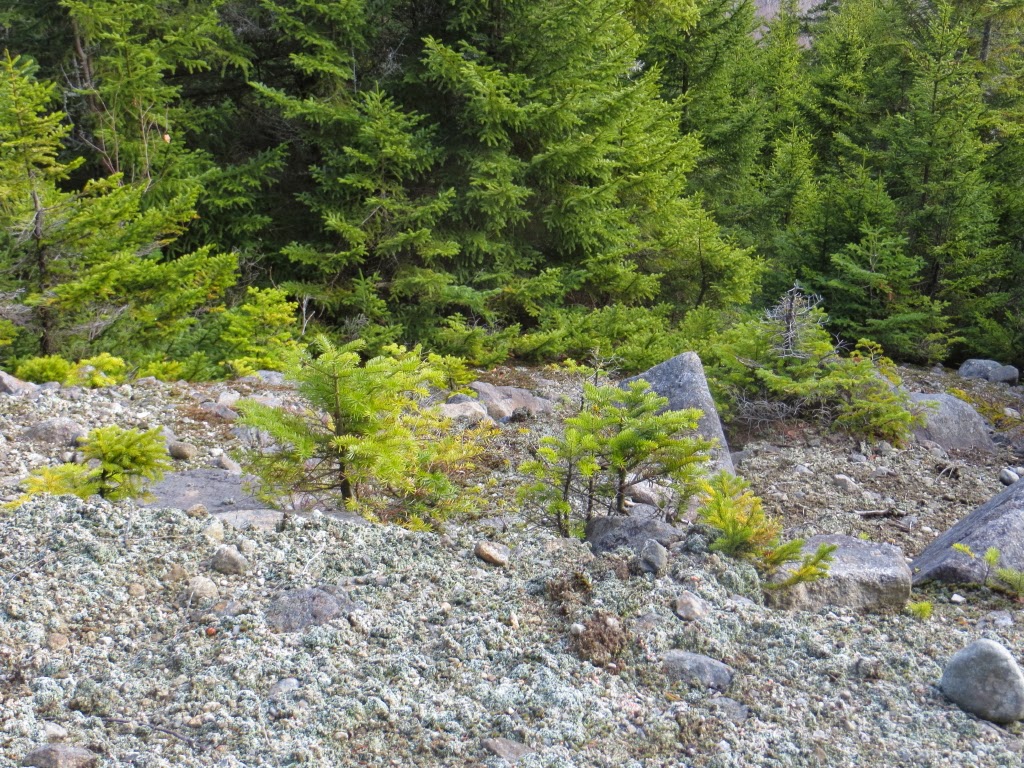 To reach the upper slide patch at 3060 ft., I bushwhacked up a steep slope next to the slide through surprisingly open woods. 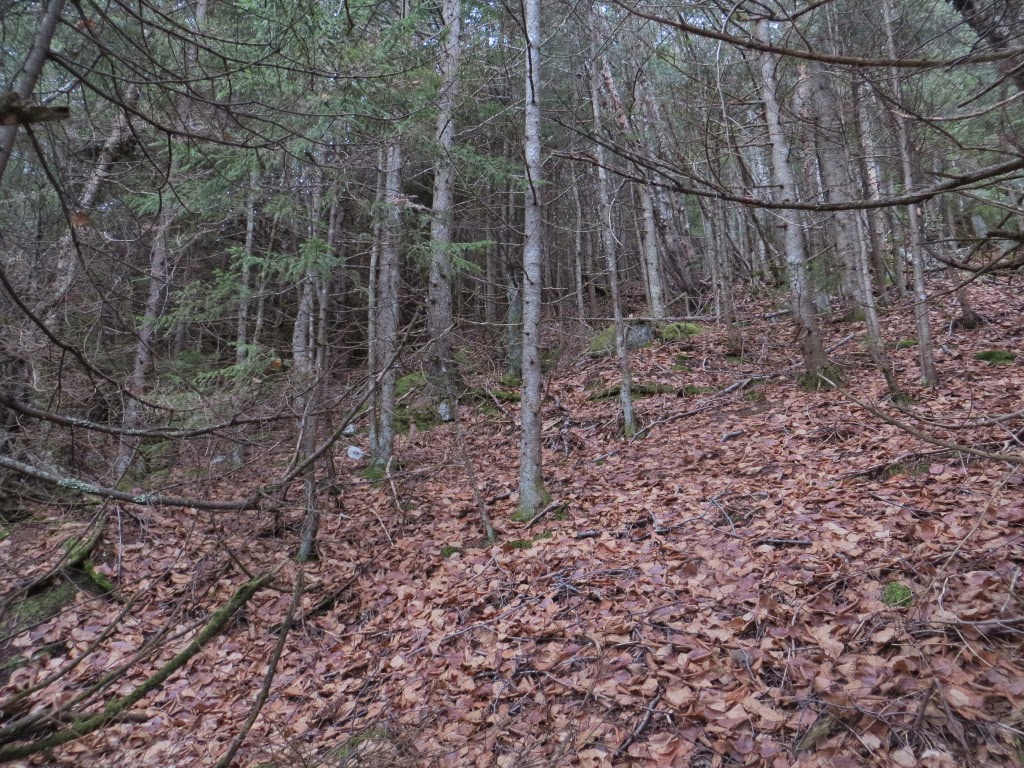 The upper and slightly larger slide patch. I have not been able to date this slide, but it must be fairly old, perhaps from the November 1927 storm or the 1938 Hurricane. 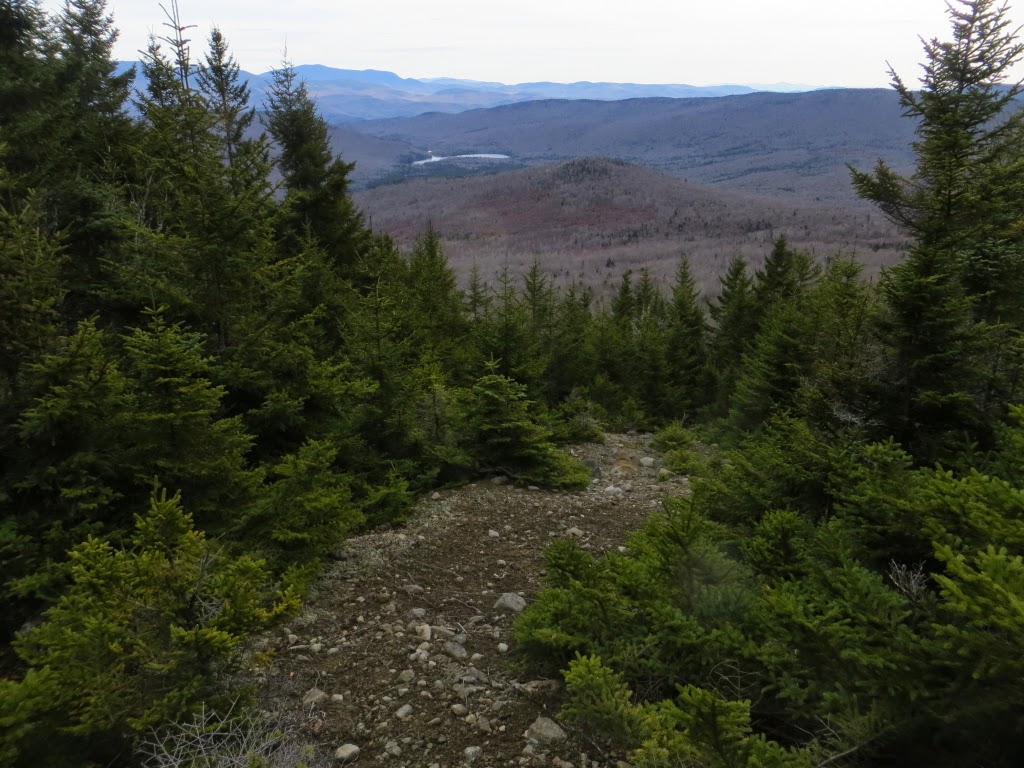 At the upper end there was a ledge suitable for reclining. 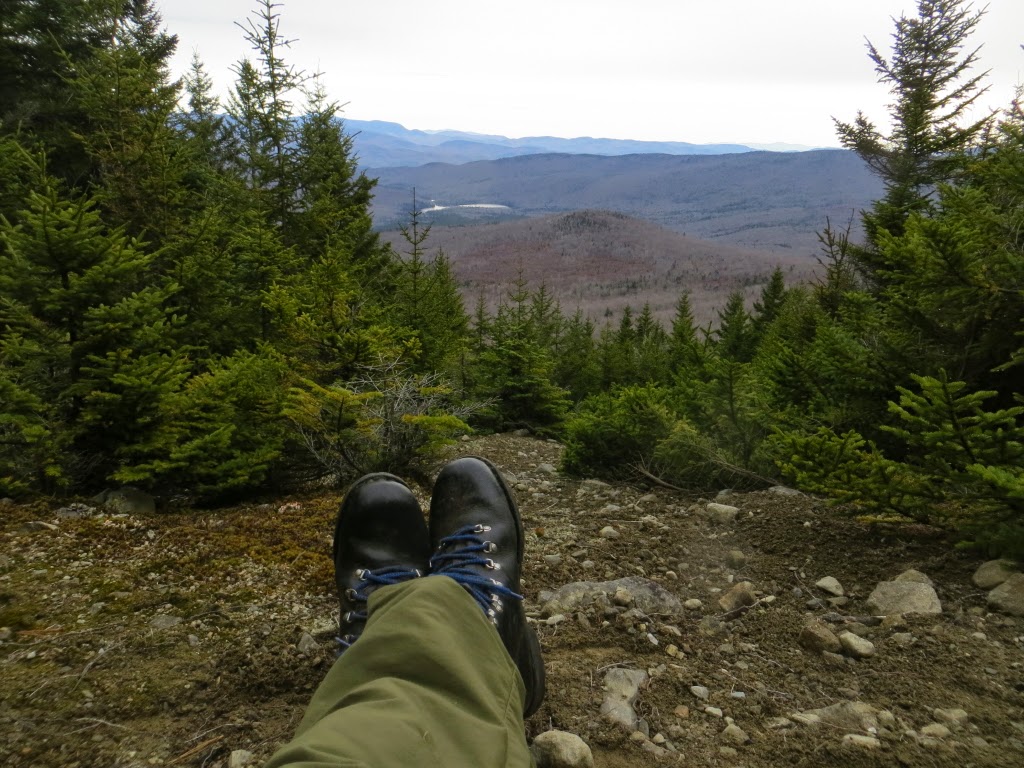 Mt. Cushman and sharp-peaked Mt. Kineo, with a bit of Rt. 118 visible. 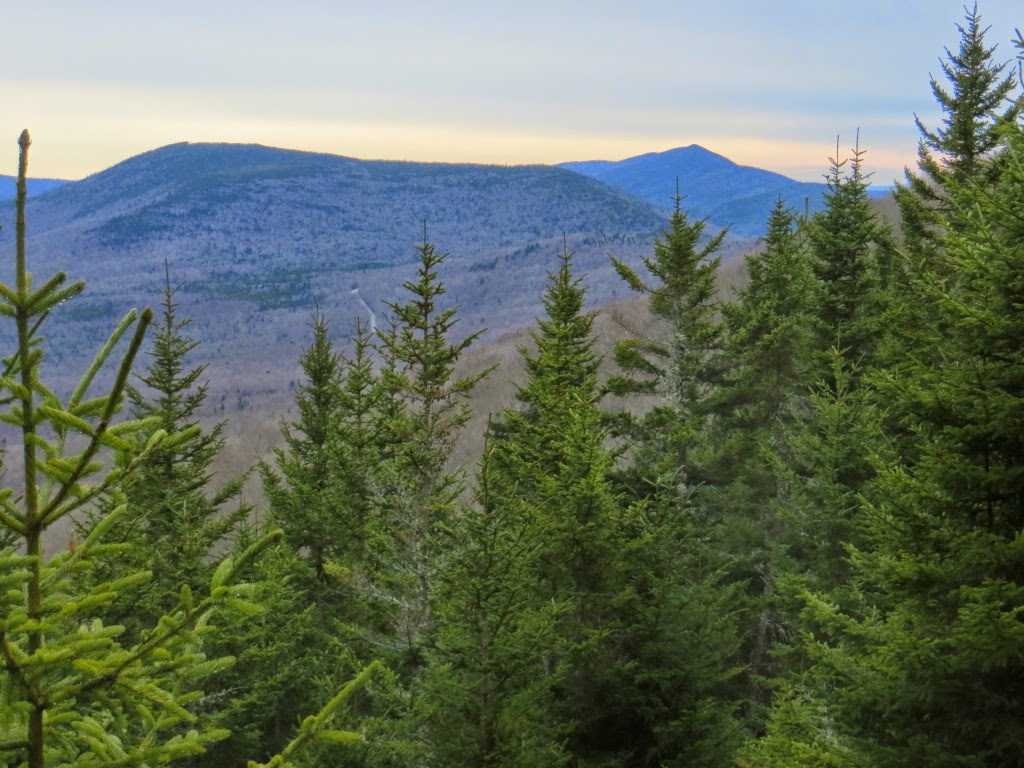 Heading back down the valley, I passed this boulder displaying various shades of moss. 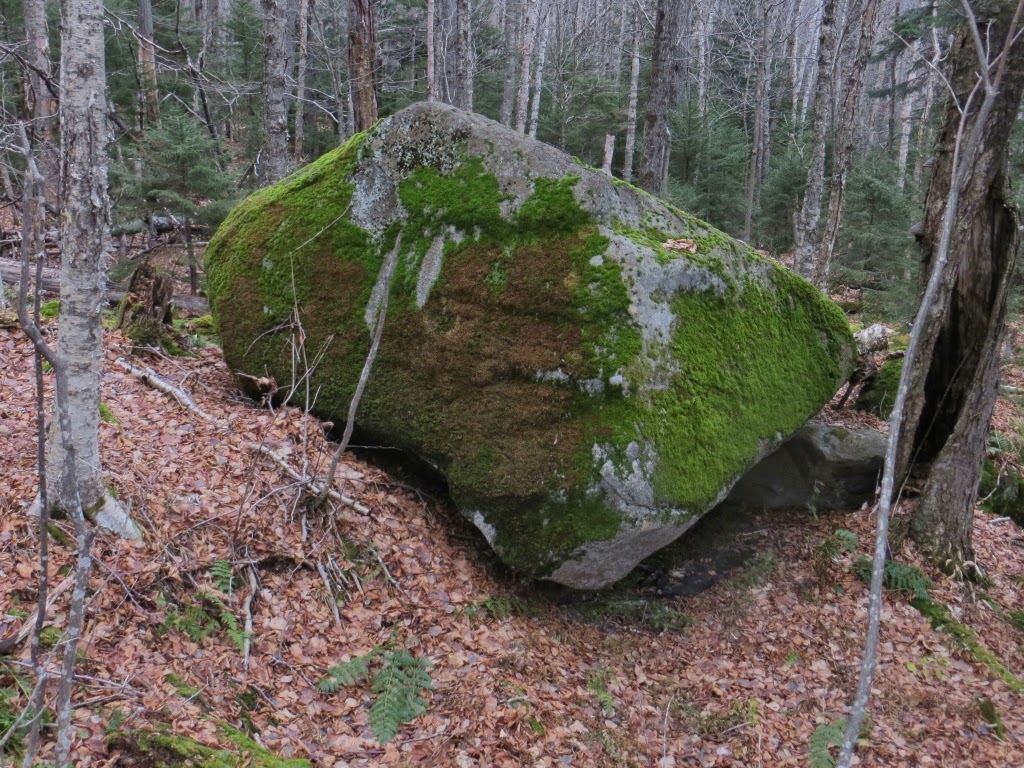 The whack back was almost entirely through hardwoods. 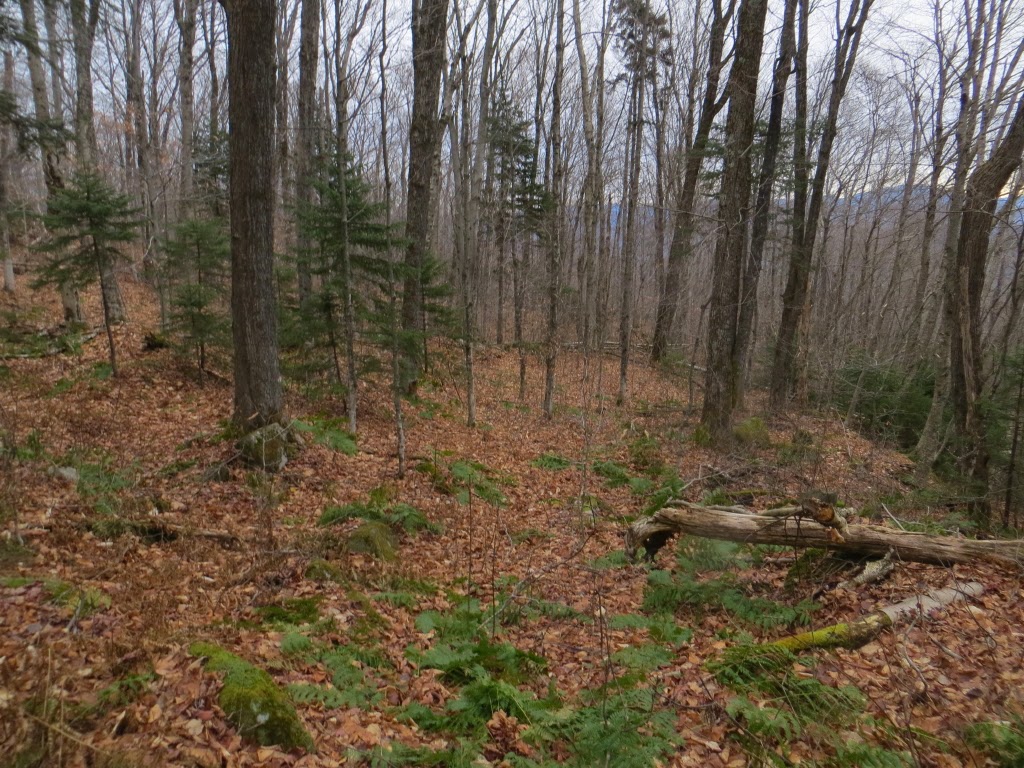 After winding down a steep leafy slope, I came by this spot where the brook dances down through the rocks. 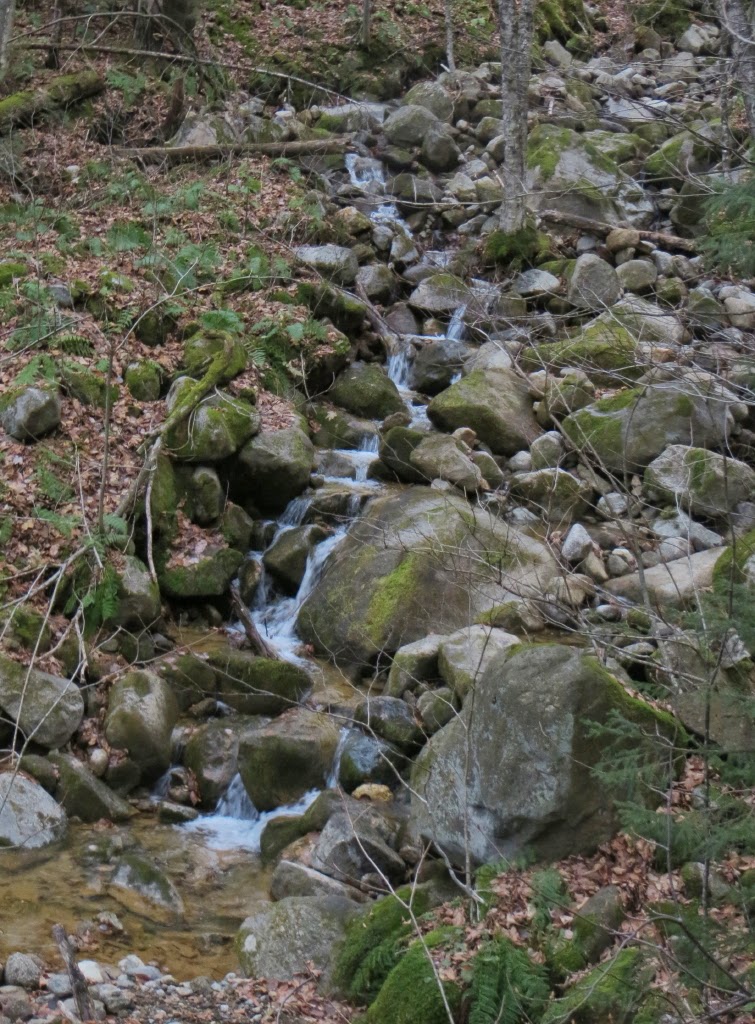