On a crisp, partly sunny and breezy afternoon, I went on a fun bushwhack with John "1HappyHiker" Compton to the main lower part of the so-called "Monkey Cliffs" that front a lower southeastern spur of Kinsman Ridge, at the east end of Kinsman Notch. 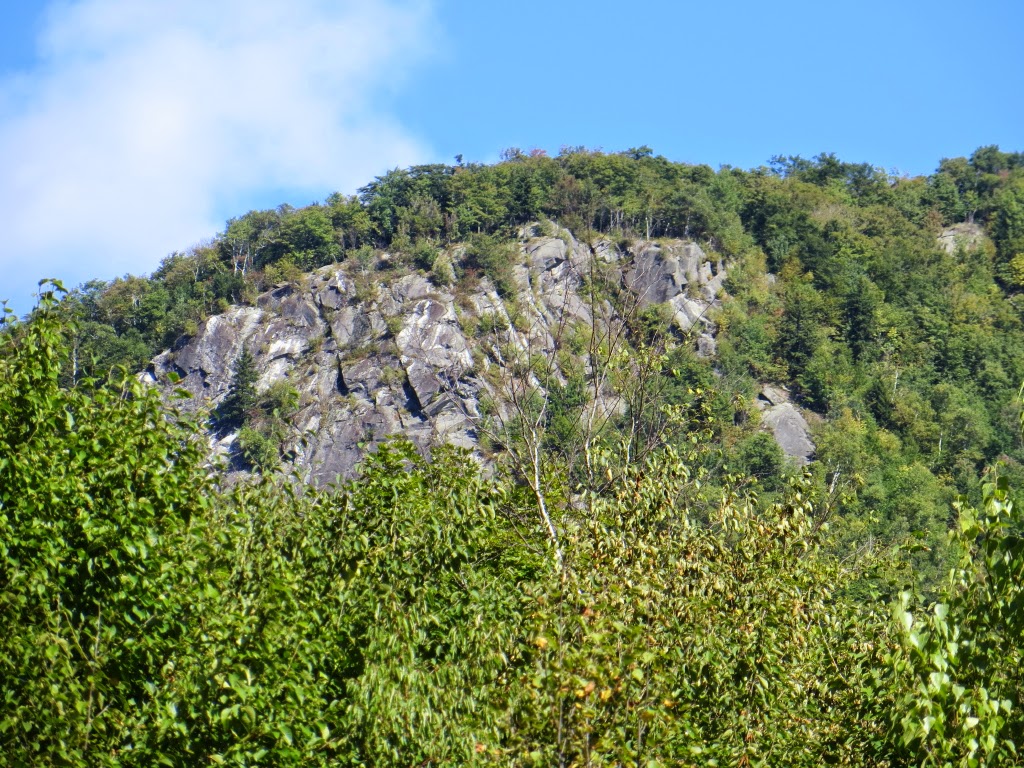 After dropping down from Rt. 112 to cross the Lost River, we visited the sites of a few artifacts from the Gordon Pond Logging Railroad (1905-1916), including these hooks in a tree. 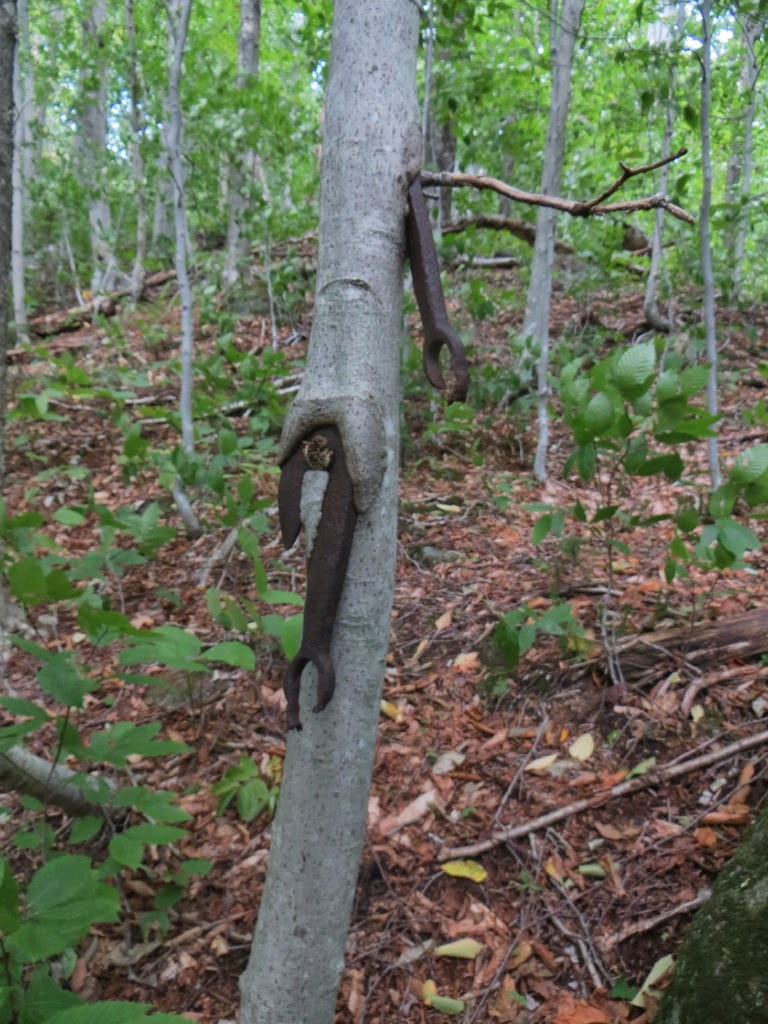 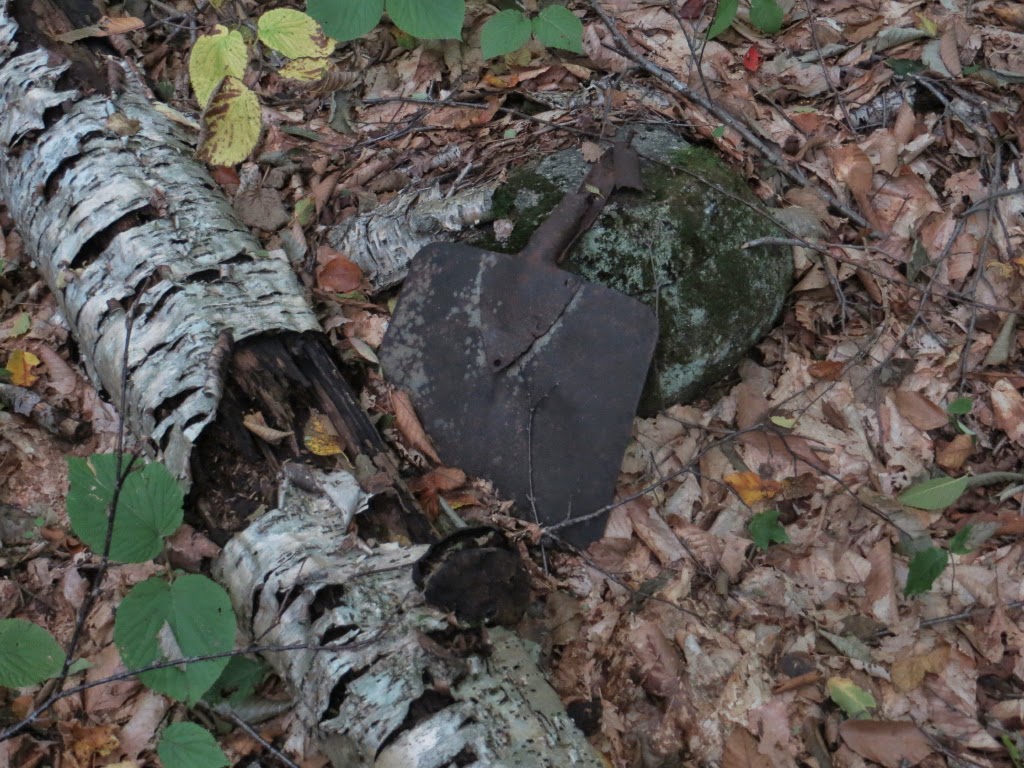 We found this bottle half-buried near other artifacts. It seems to match up with images of early 1900s liquor bottles. 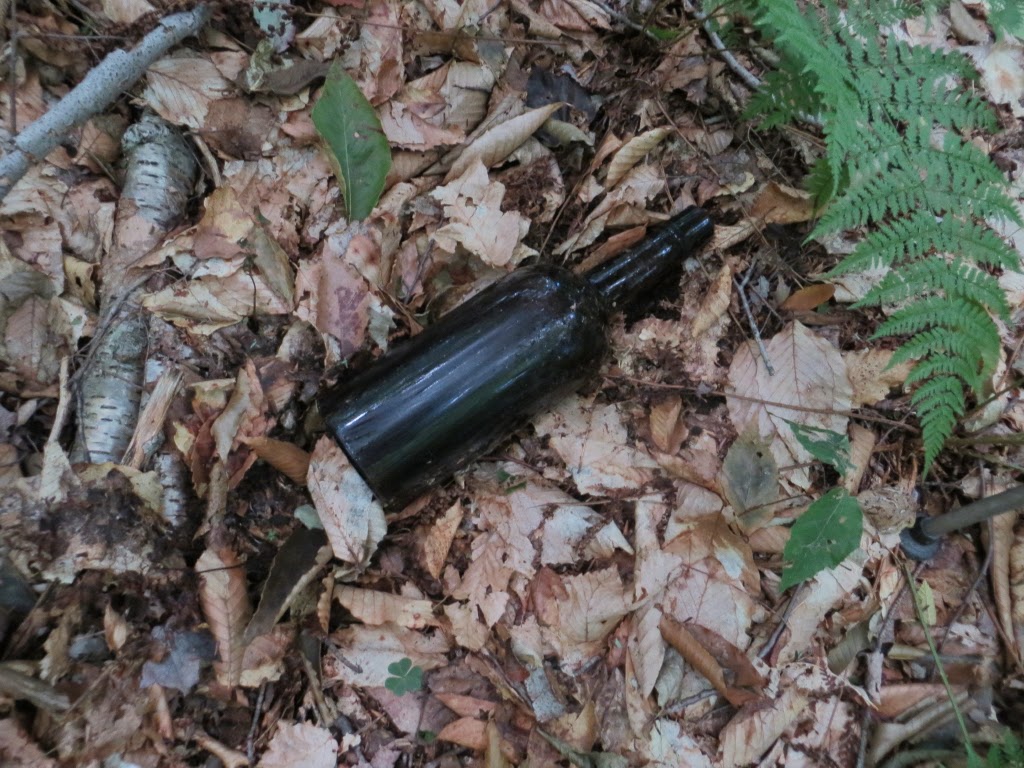 John on the old grade of the Gordon Pond Logging Railroad on the slope above Lost River. 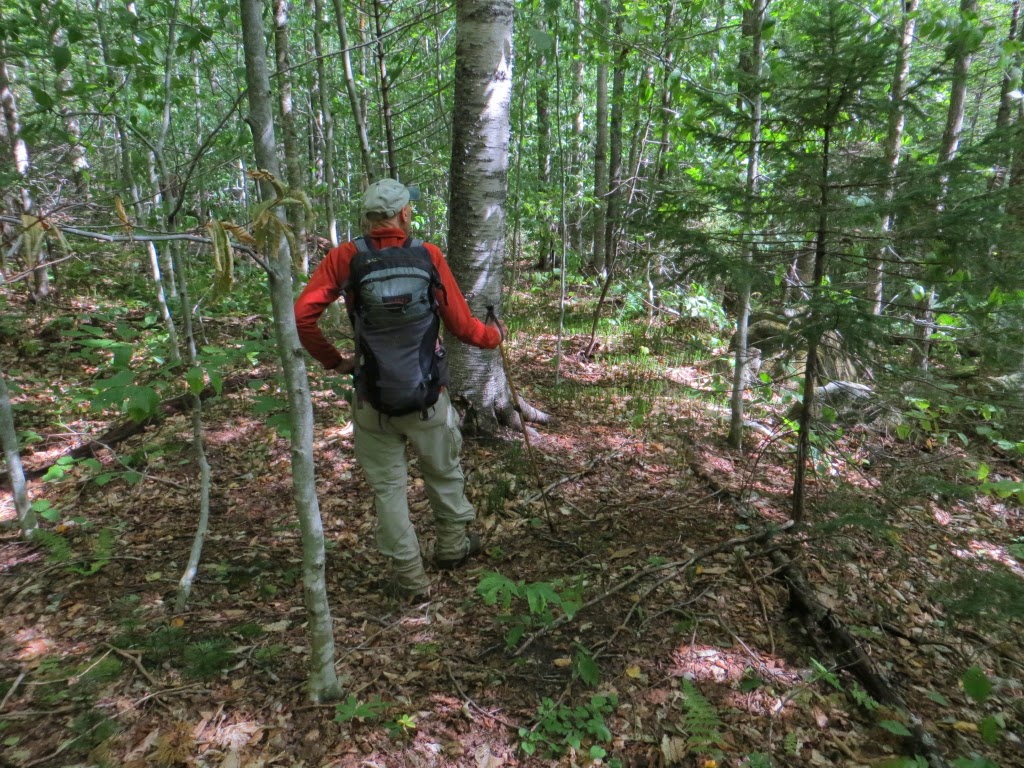 A cascade and pool on a nameless brook flowing off Kinsman Ridge. 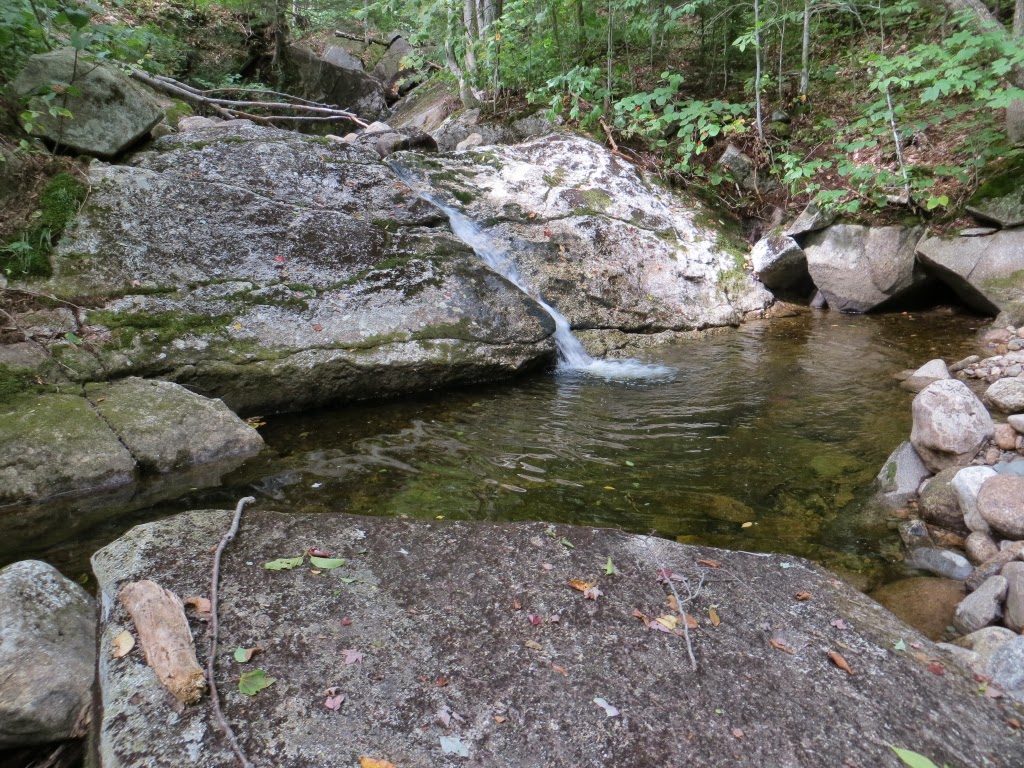 We climbed up past a variety of ledges, cascades and chutes on this attractive brook. 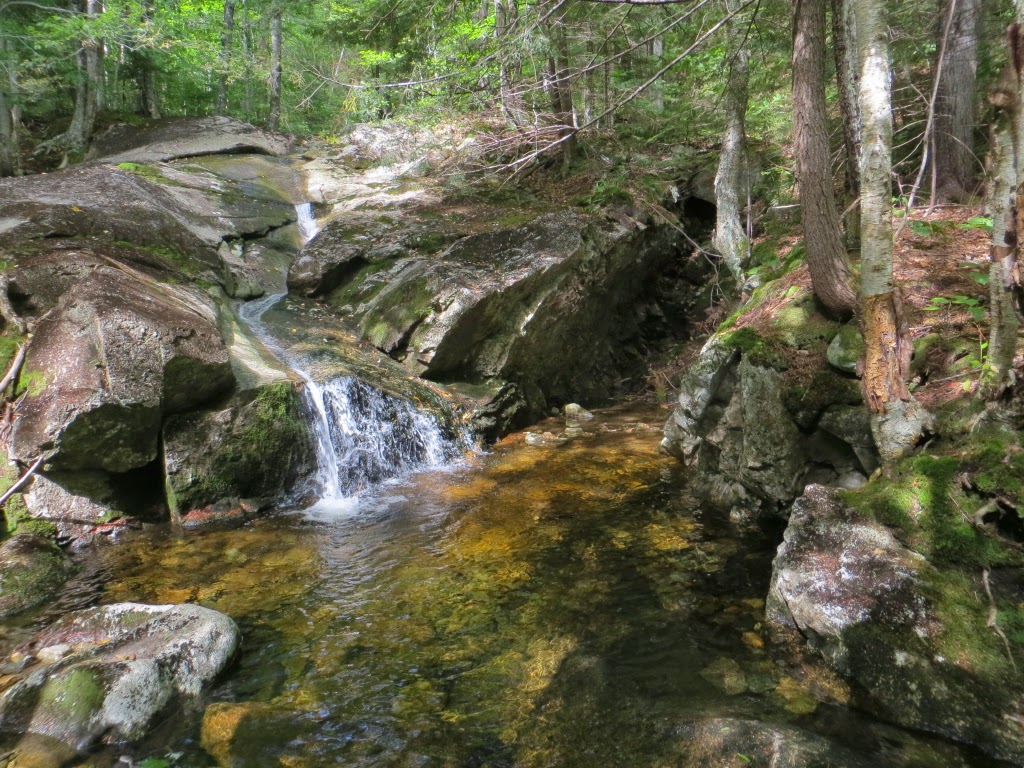 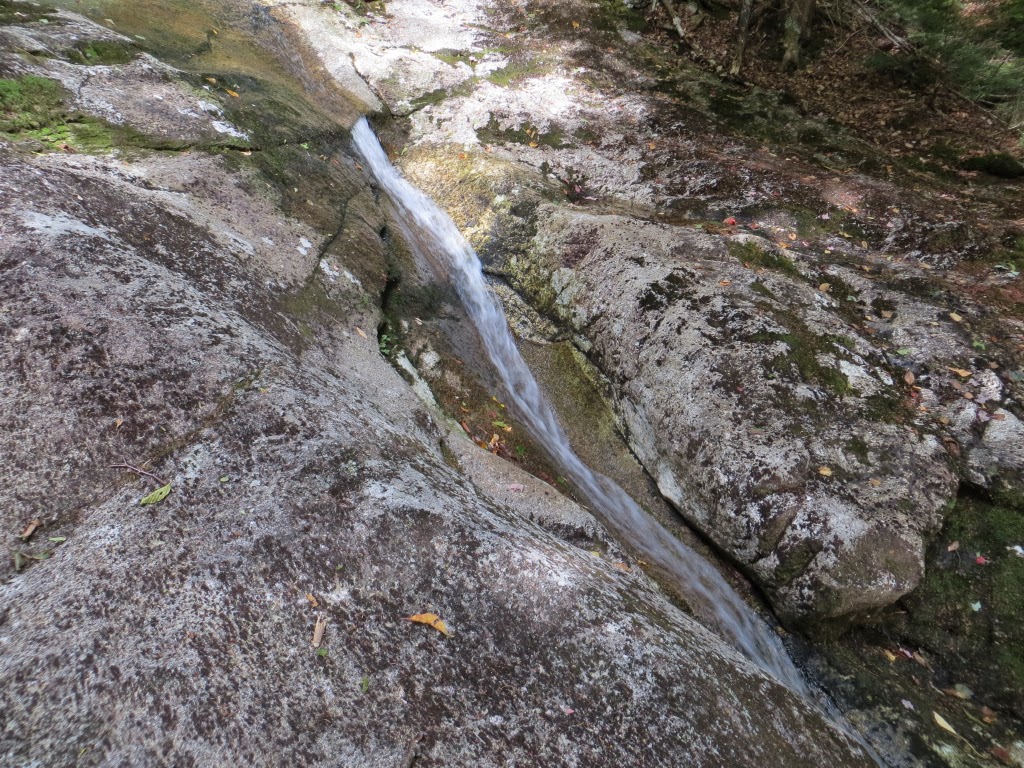 This cascade would be impressive after a heavy rainfall. It reminded us of Gordon Falls along the Gordon Pond Trail. 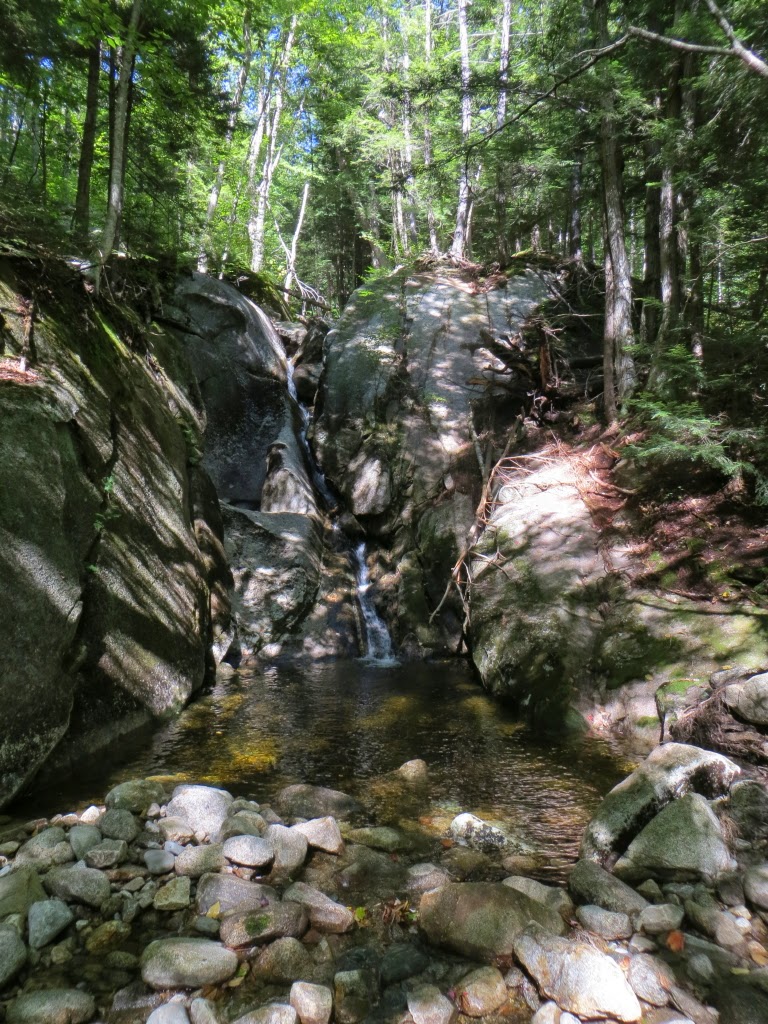 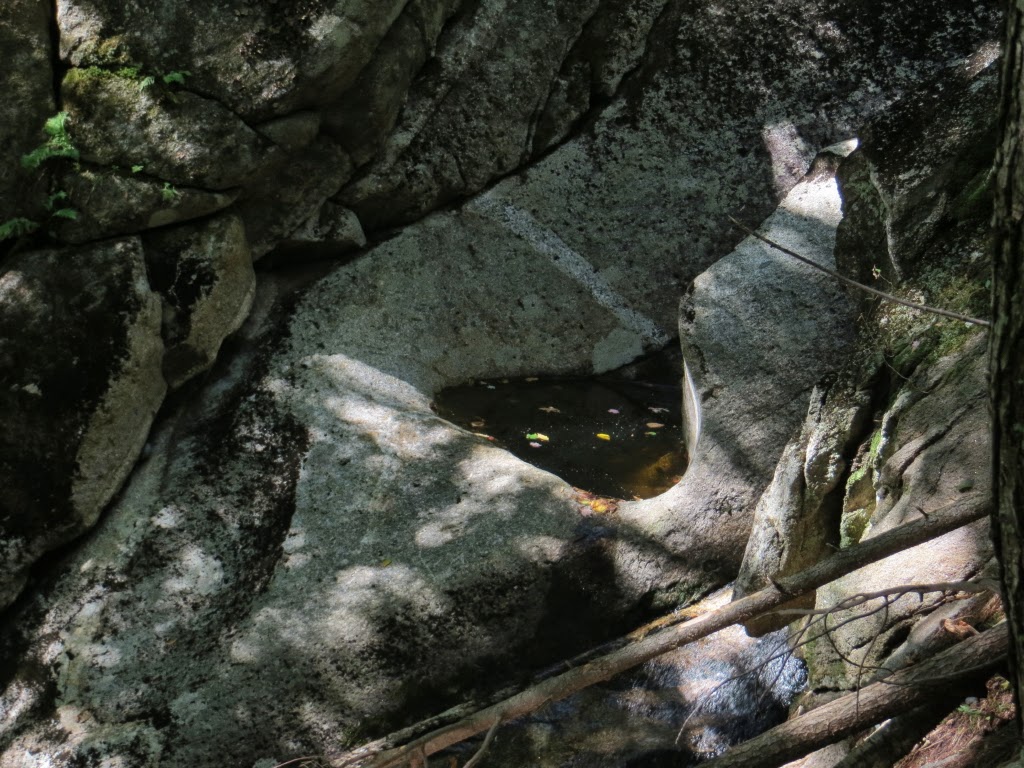 We dubbed this the "Triangle Pool." 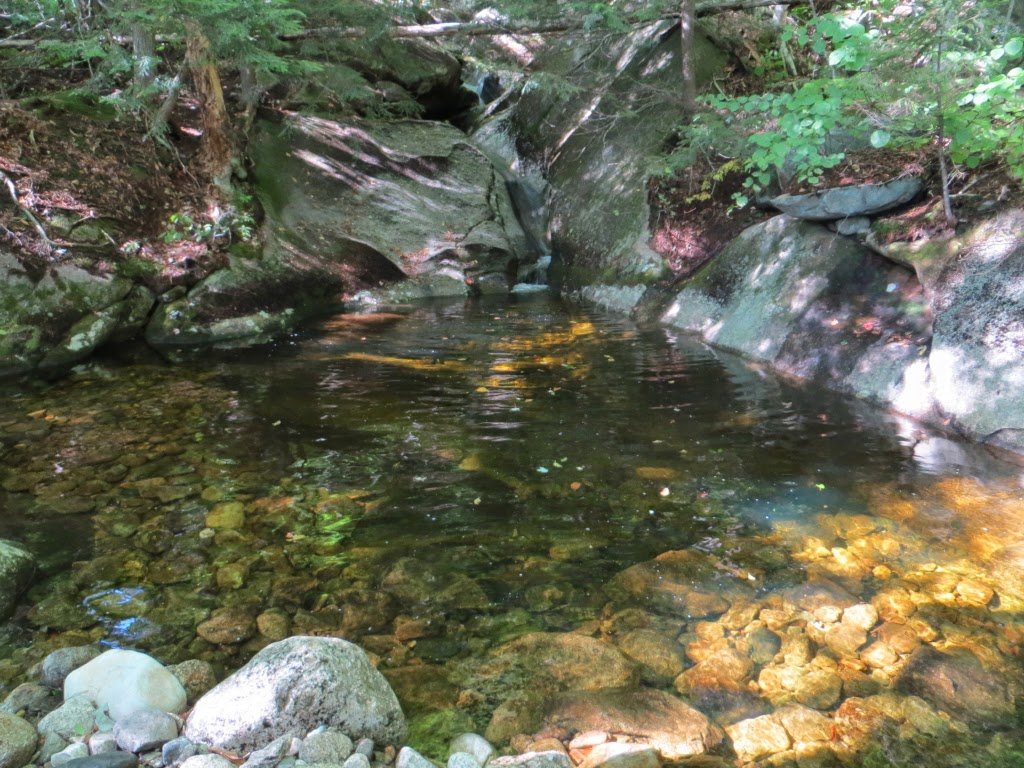 One of several old logging sled roads we used in the course of our whack. We were mostly in open hardwoods the whole way up. 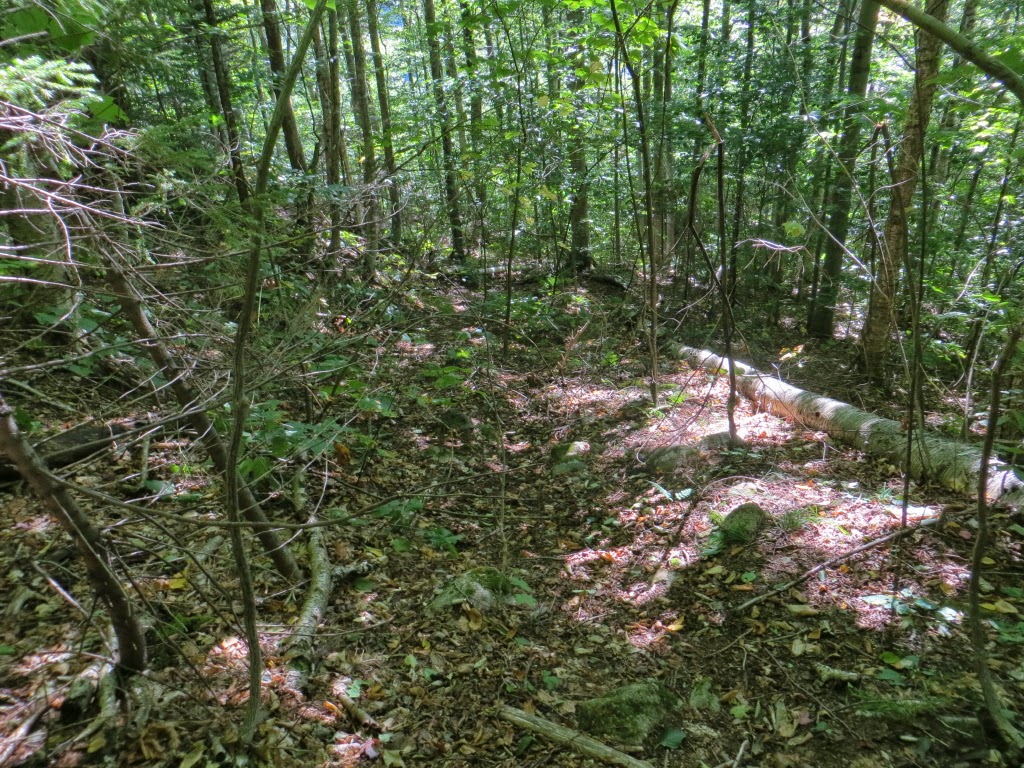 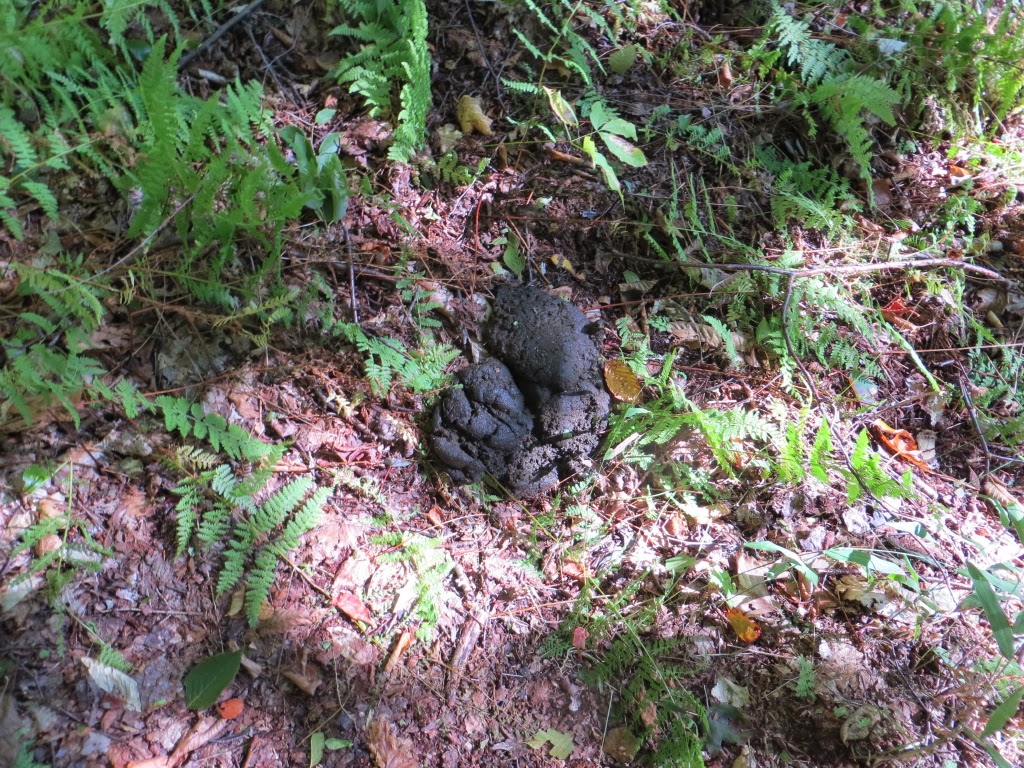 Popping out on the first ledge for a view south to Mt. Cushman. 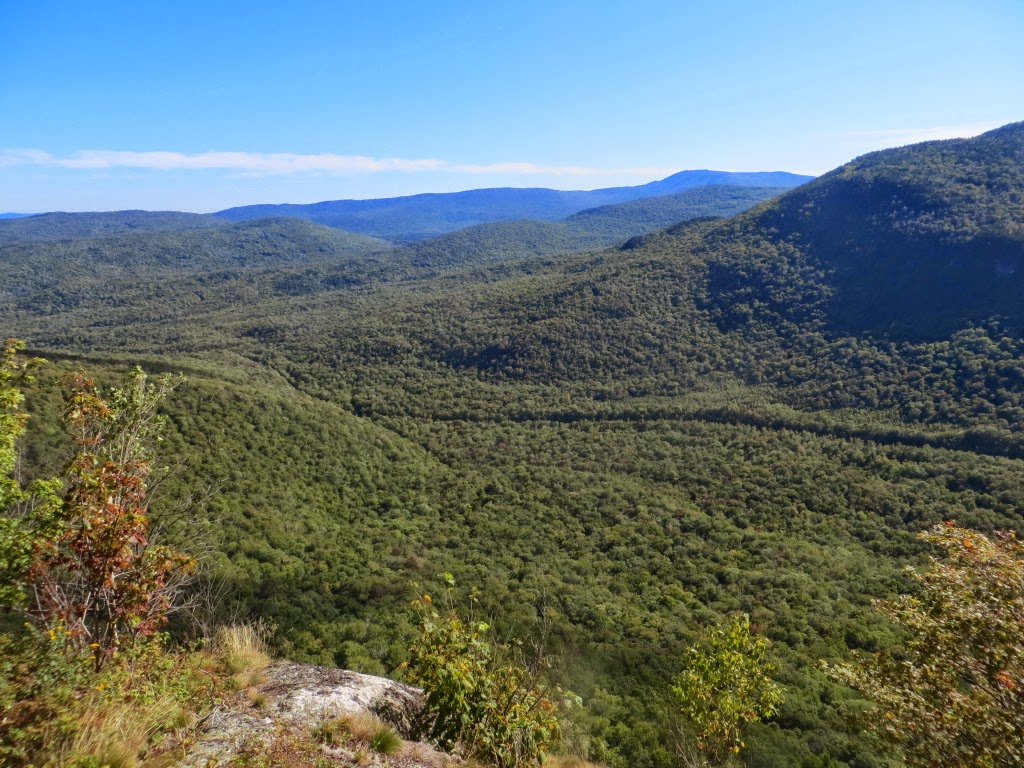 A bird's eye view of Rt. 112 leading up to Kinsman Notch. 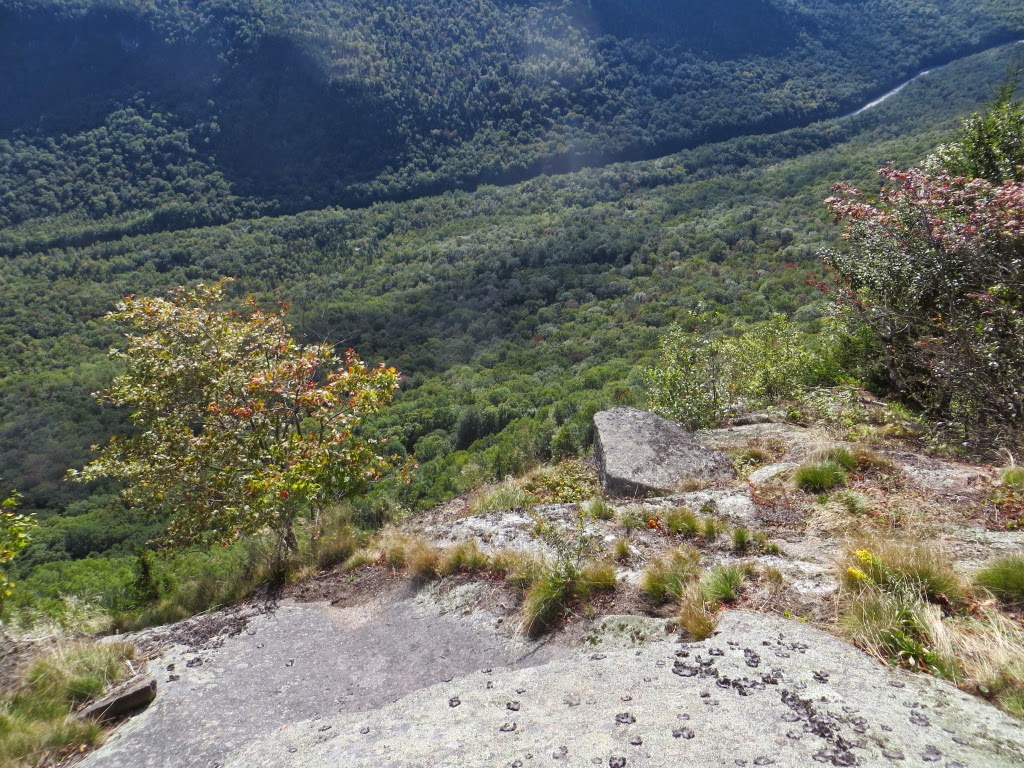 Looking across the Lost River valley to Mt. Waternomee and Mt. Jim. Throughout the afternoon Mt. Blue and Mt. Moosilauke were engulfed by clouds. 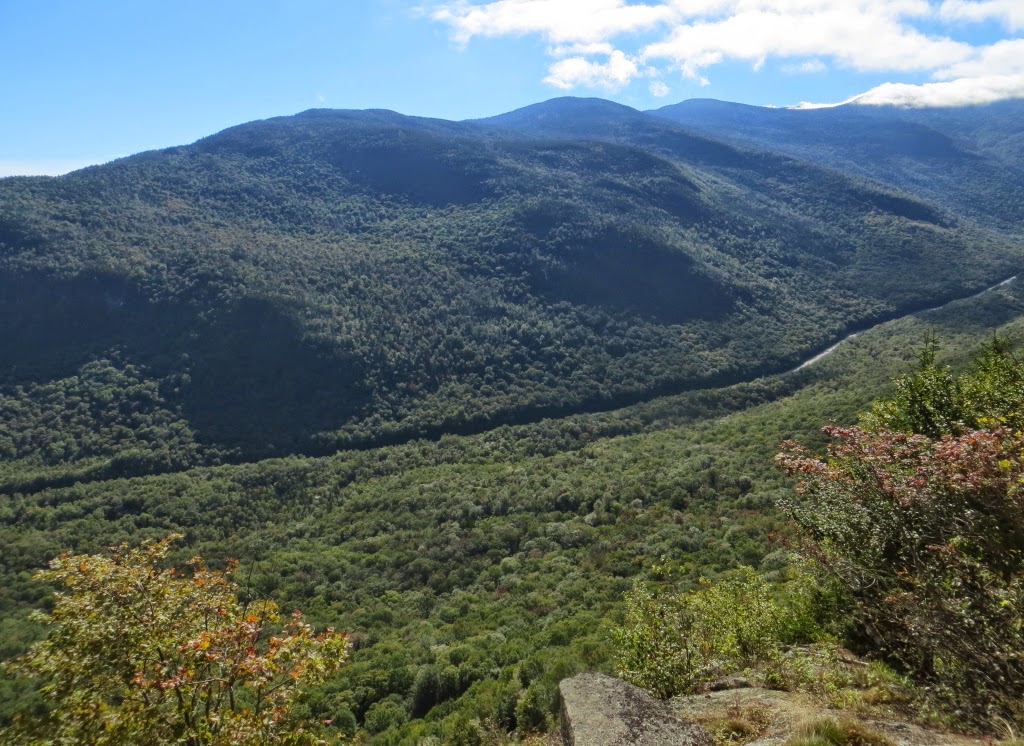 A neat area of grasses and red maples behind the cliffs. 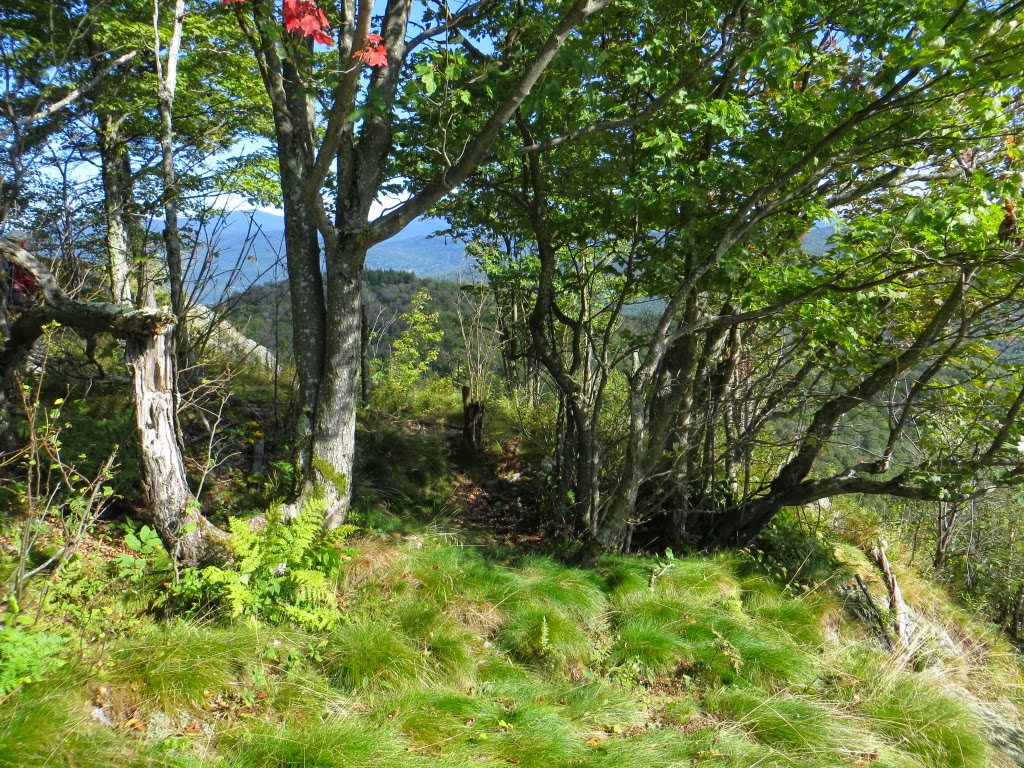 Looking towards the upper Monkey Cliffs. There are some neat viewpoints up there as well, including one dramatic narrow ledge, but we opted to linger at the lower cliffs. 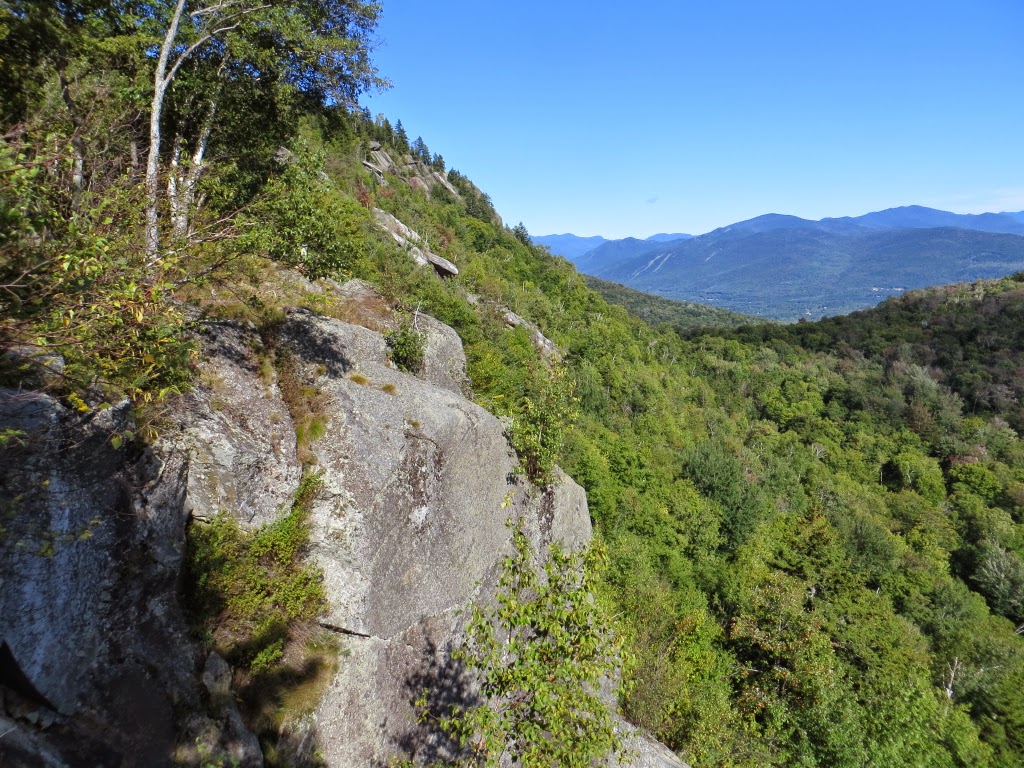 We had a pleasant grassy spot to hang out, with goldenrod blooming, crickets chirping, and a wide view to the east. 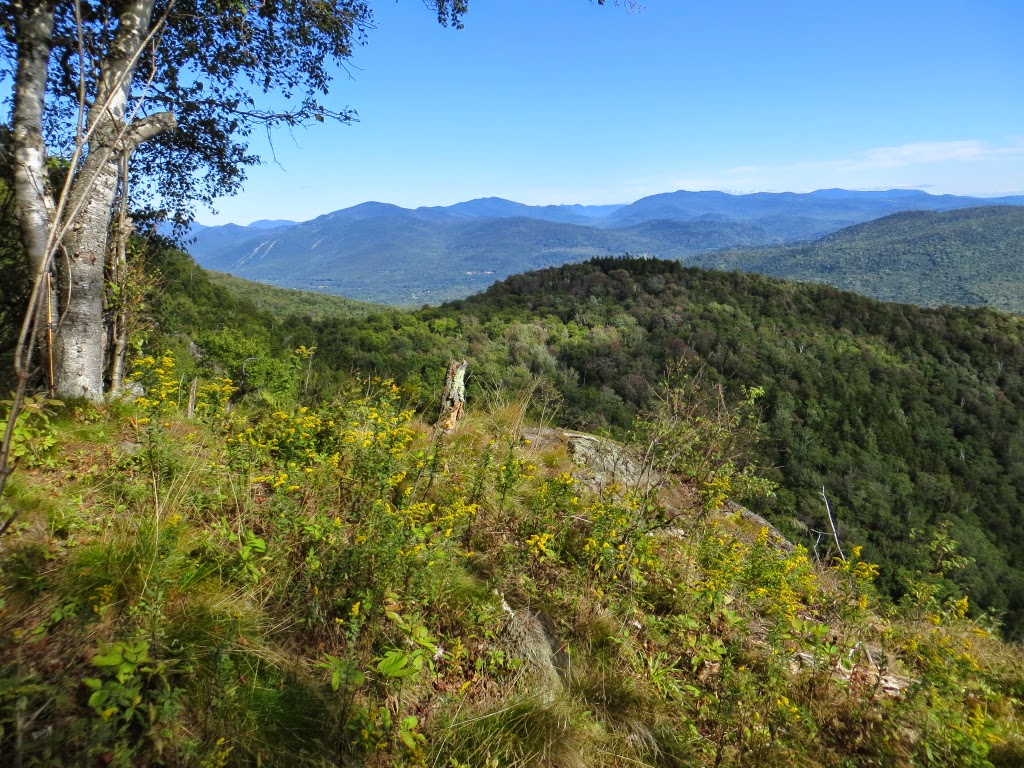 The Tripyramids, the Sleepers and Mt. Whiteface seen through Thornton Gap, with Mt. Osceola to the left. 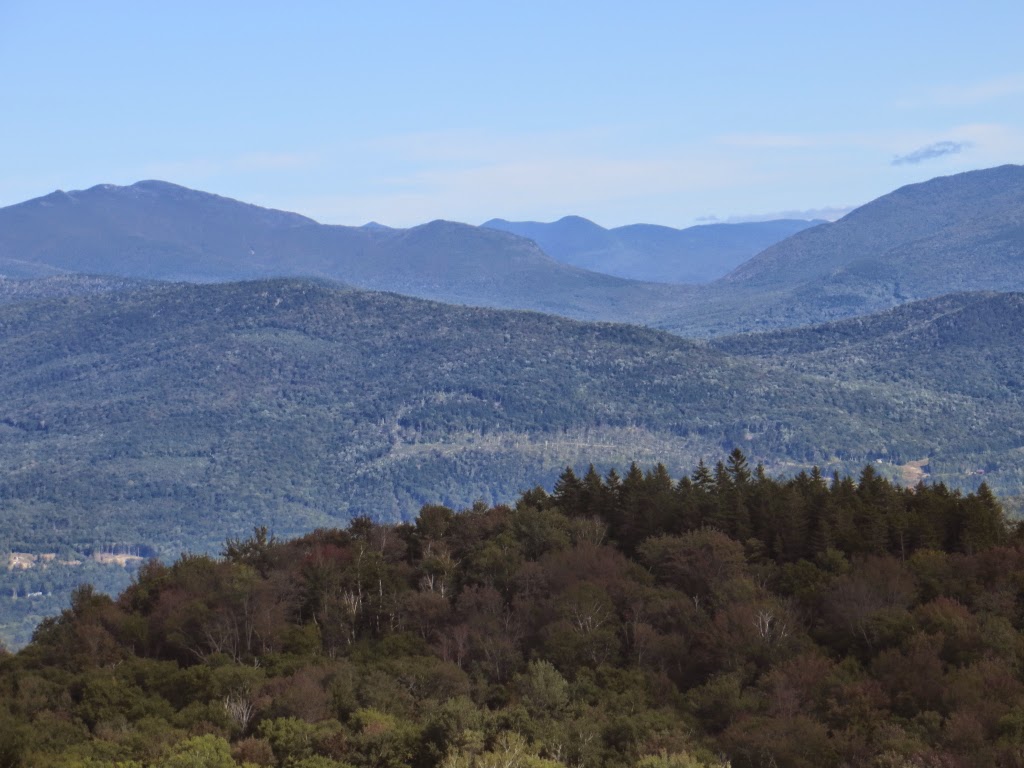 Sandwich Dome sprawling behind the ledgy ridges of Dickey, Fisher Hogback and Green. 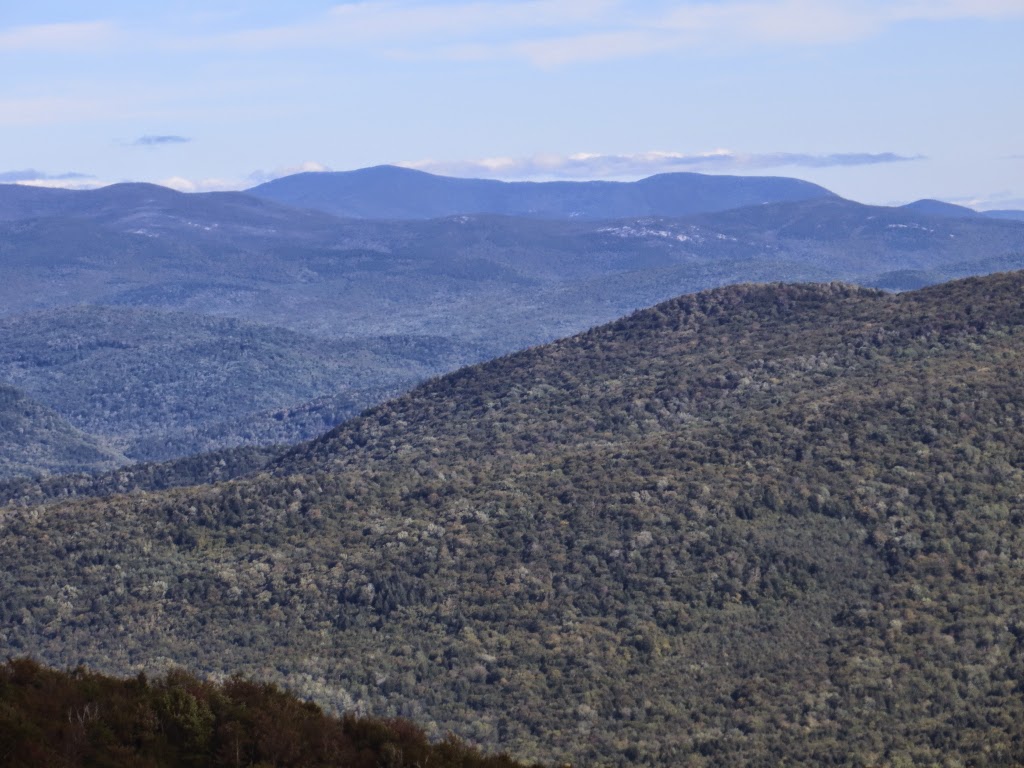 John checks out the scene before we head down. 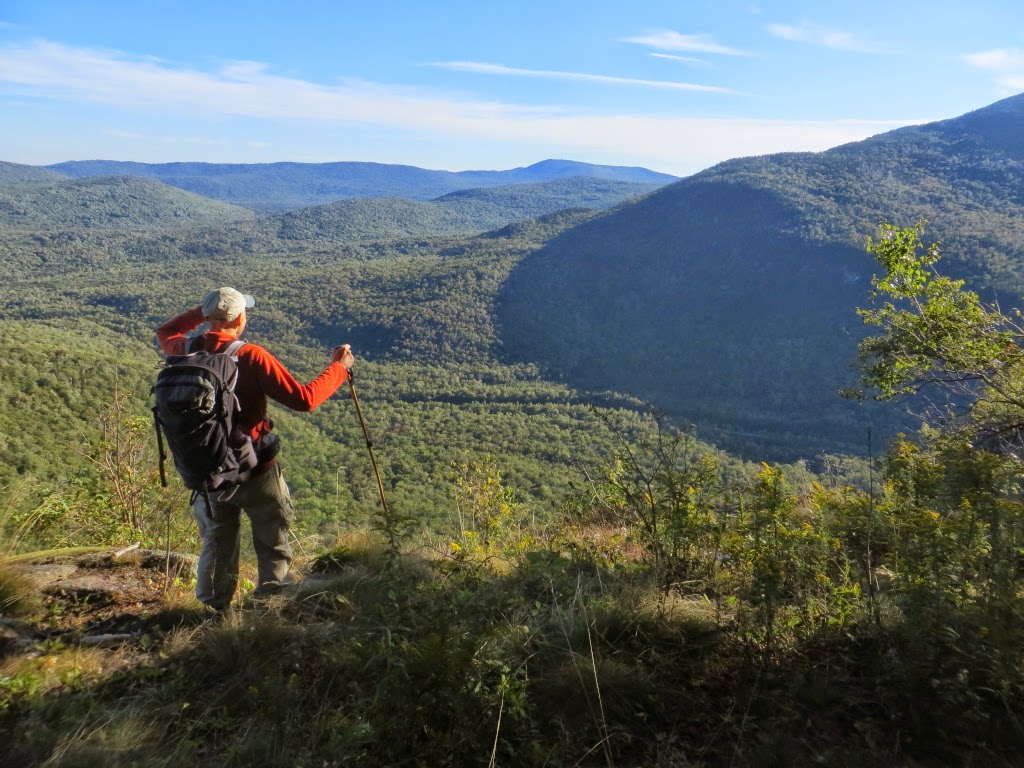 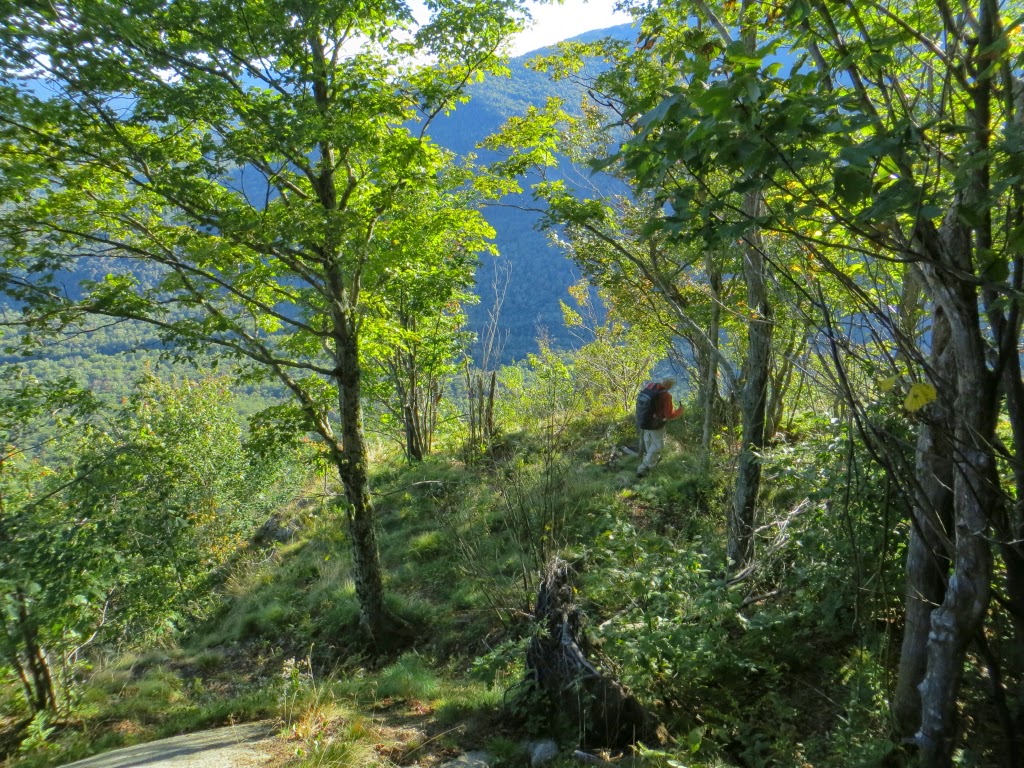 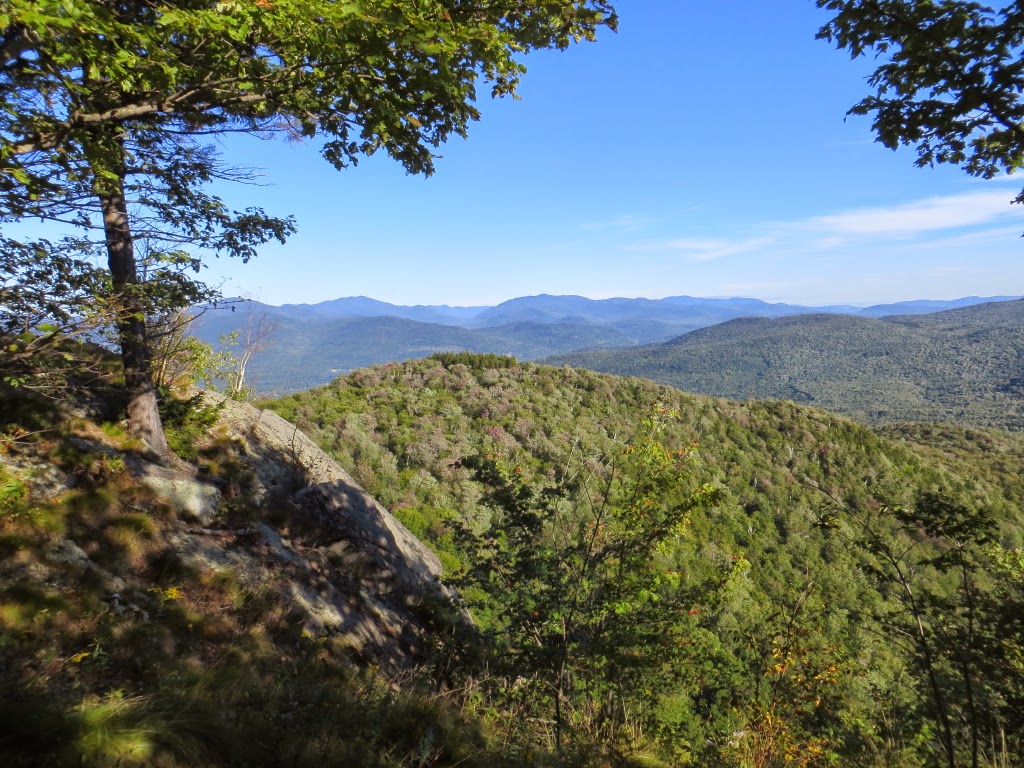 Hardwoods and hobblebush behind the cliffs. 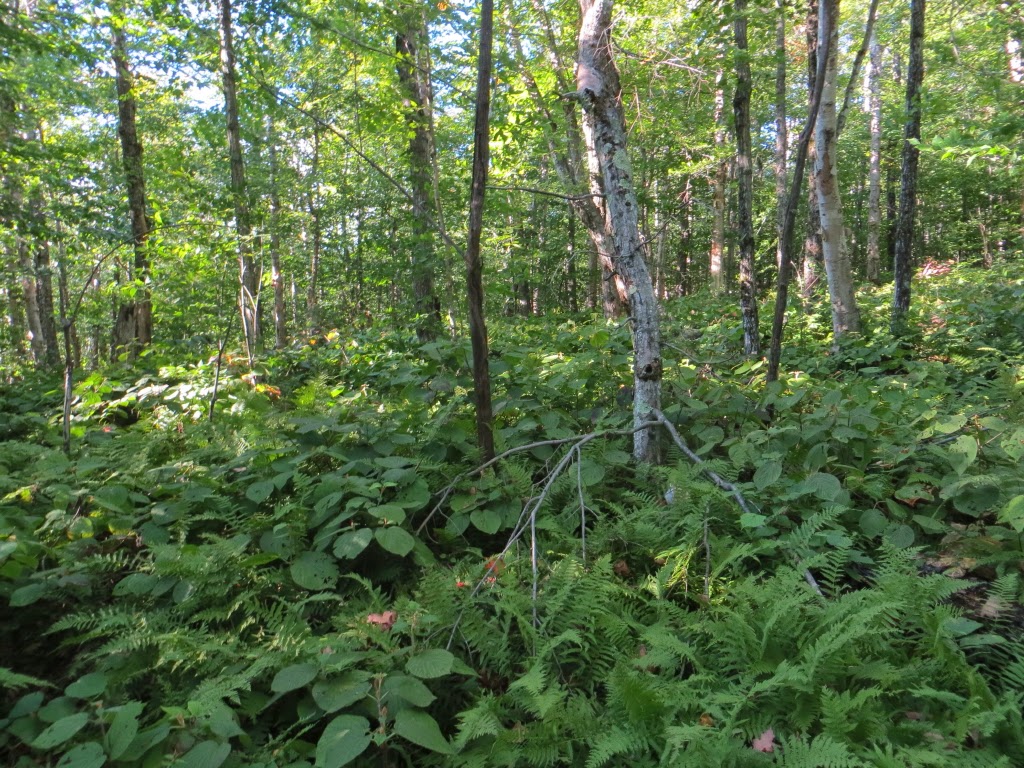